Toronto music festivals still have a lack of gender diversity

When D.W. Waterson was thinking about checking out the CNE last summer, she tried to plan her visit based on the musical acts slated to perform. But after scanning the Ex's two-week-long lineup, she noticed it was seriously lacking in female bands and artists.

She penned a letter to the CNE and posted it online where it went locally viral, likely because she highlighted that among the 82 acts scheduled to play across five stages, there was only one female band, eight bands featuring at least one female artist and seven female singer/songwriters on the docket.

At the start of each and every festival season, lineups inevitably get scrutinized along a number of metrics, and for the past few years, much of the conversation has focused around the lack of gender diversity at these events, a conversation, as Noisey pointed out after Canadian Music Week last year, that unfortunately never seems to go away.

So how do major Toronto festival lineups stack up in 2017?

When looking at six of Toronto's most prominent music festivals - Field Trip, NXNE at the Port Lands, WayHome, the new Big Feastival, Veld and the Bud Light Dreams Festival - female bands and artists (this includes bands with female-identified members) make up 24 percent of the advertised lineups. 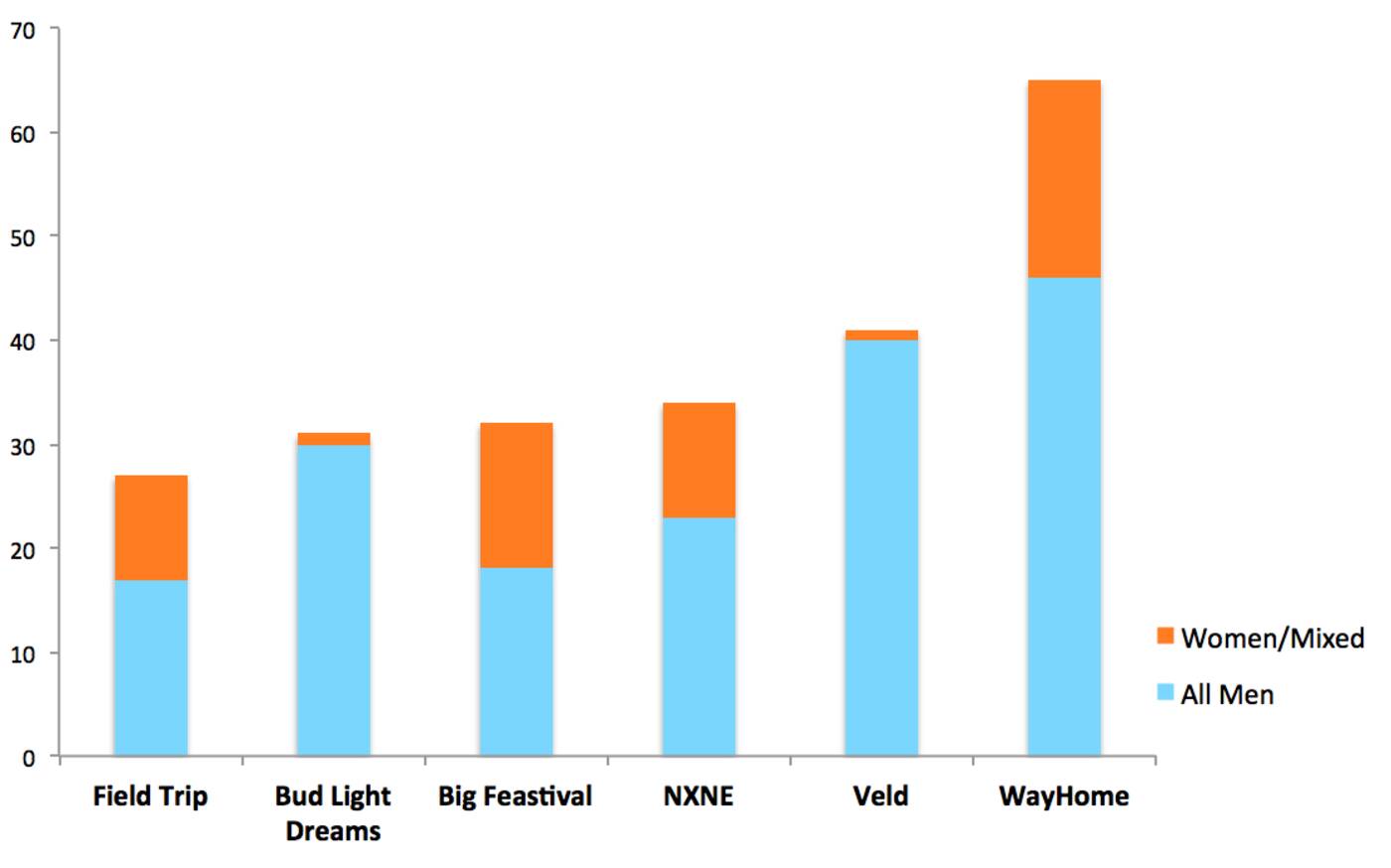 This number, however, gets dragged down by the two electronic festivals, which each have only one female DJ on the roster. This is relatively unsurprising, considering the lack of female representation in mainstream EDM, a well-recognized phenomenon in the industry.

When just looking at the four multi-genre festivals (Field Trip, WayHome, NXNE at the Portlands and Big Feastival), this number jumps up to 35 percent.

"It’s going to swing anywhere from 30 to 70 percent in any given year," he explains, based on myriad variables, including which bands and artists are actually touring and of course, budgetary restraints. But the festival has yet to reach the upper levels of that estimation on the music side of things.

"Feist comes back with a record every seven years, we don’t have an opportunity to have her headline every year," he jokes. Feist is headlining Field Trip this year. 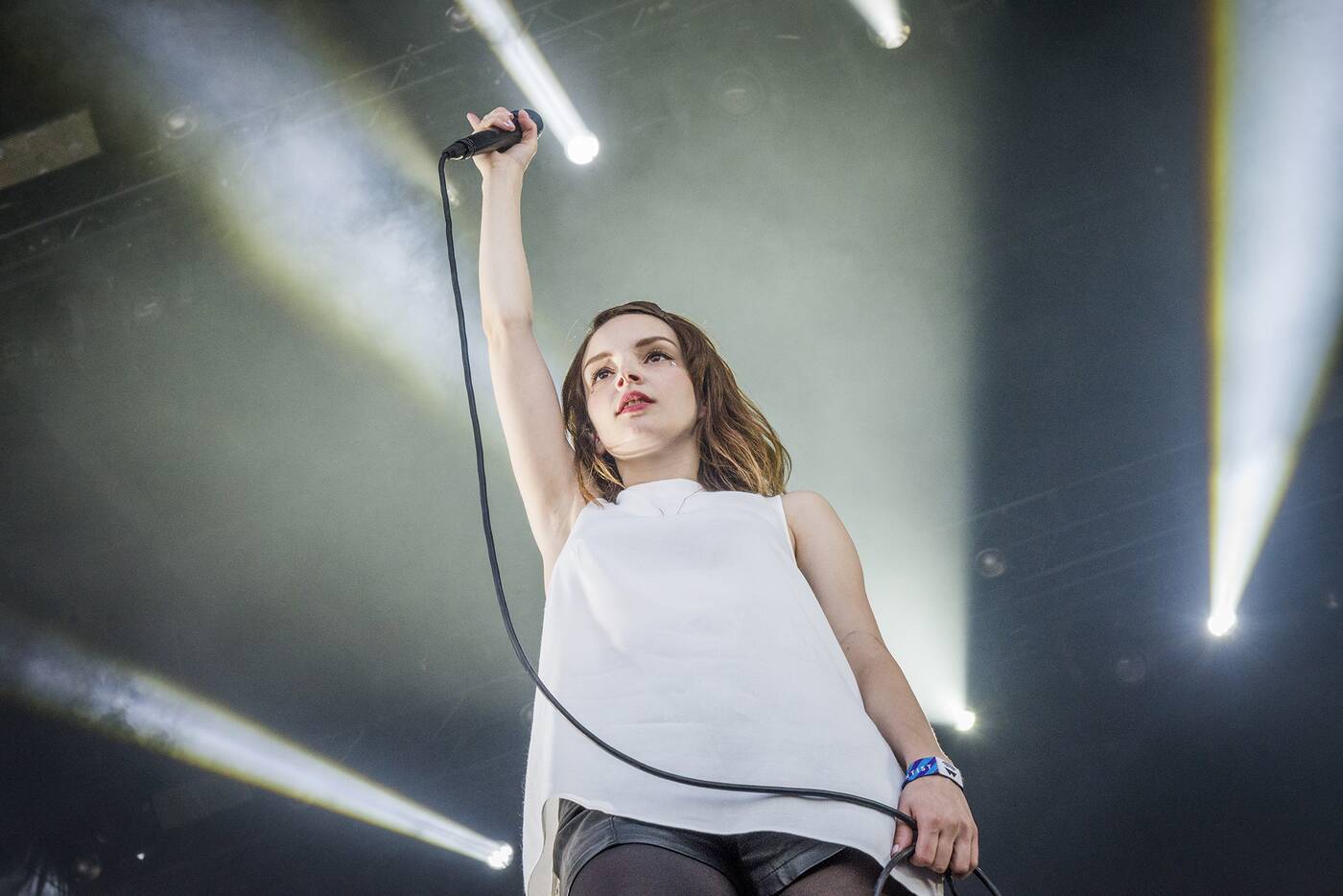 Jacob Smid, who founded Fource Entertainment - the talent booking agency for major festivals like WayHome and NXNE - says there are numerous elements to consider when programming a festival.

The process can take up to two years, and bookers must consider all sorts of factors, such as maintaining a balance between well-known and up-and-coming acts and determining what time of day certain artists should play.

Judy Merry, the events director at IMG and the executive director of Big Feastival - a food and music fest - says creating a lineup takes time.

When the Big Feastival's roster was released, it was relatively diverse on the music side of things, but it was criticized for having only male chefs. "It takes time to release your full lineup, we’re still adding names as we go along," said Merry when we spoke.

To date, more women chefs and food personalities are participating. Promoters and programmers are quick to say they don't focus on quotas; instead they look at putting together the best possible lineups for their audiences.

Music festival audiences are 51 percent women, according to a 2015 Nielson report, despite who might be performing on stage.

Though the inaugural Venus Fest in September might shake up this dynamic, considering the event strives to be "a celebration of feminism in the arts." 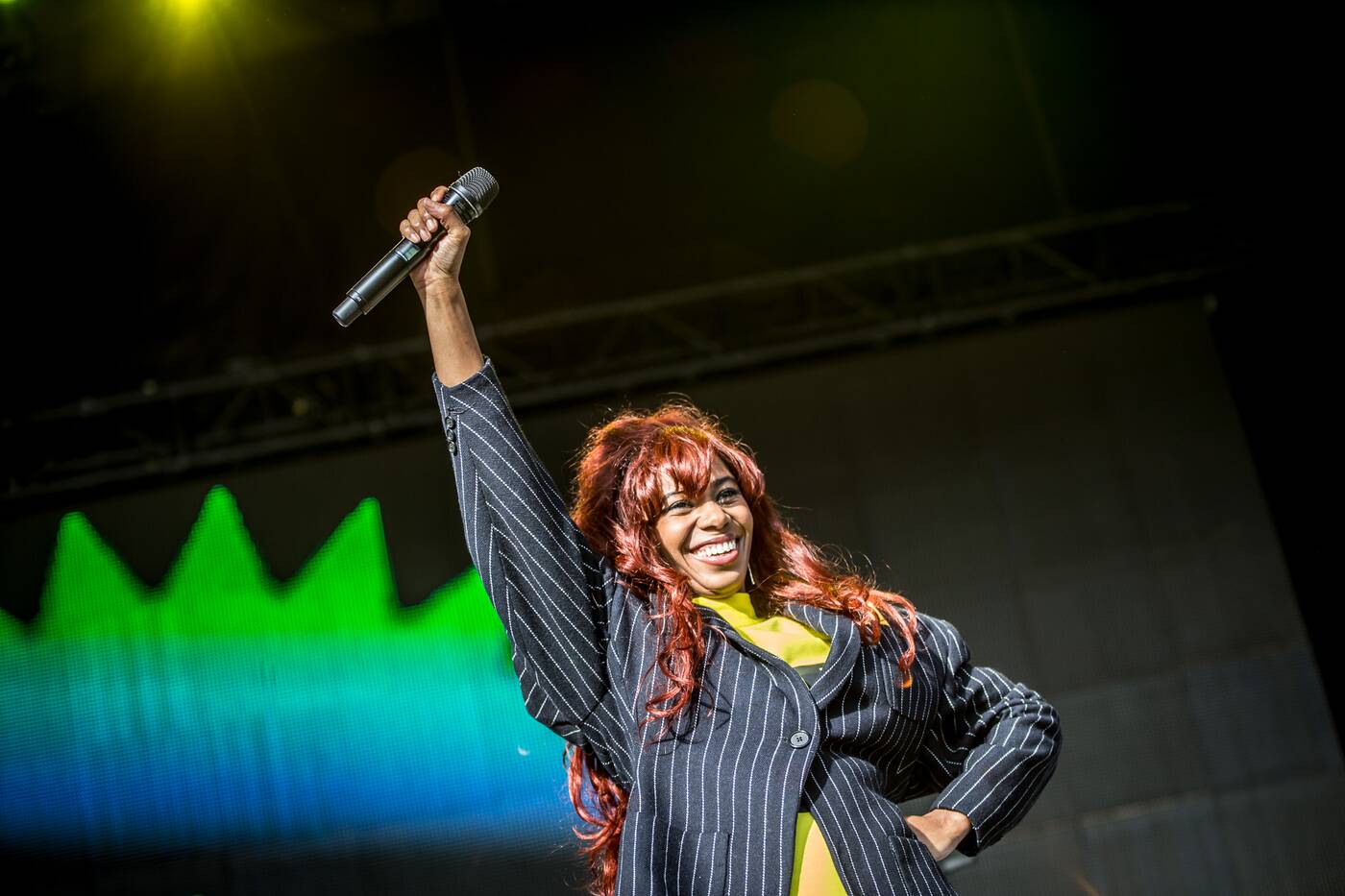 Founder Aerin Fogel is committed to racial, gender and sexual diversity on her recently released lineup that includes Emel Mathlouthi, Grouper and Weaves.

Like Venus Fest, folks in the music industry - including artists, radio personalities, promoters, event organizers and more - are speaking up about racial diversity and gender representation, especially when certain events regarding these issues appear rather tone deaf.

"A lot of the inspiration behind Venus Fest is just to have a different level of representation and there are so many incredible musicians, it’s not like there’s a lack of options there," she says.

She's hosting it in the fully accessible Daniels Spectrum space and wants to appeal to music lovers of all ages.

It might be ironic that Venus Fest will launch on the 20th anniversary of Lilith Fair, a female-oriented festival that Sarah McLachlan started in response to the music industry boys club.

As D.W. Waterson and Fogel know, times might be changing, but slowly.