For how much it's constantly changing and evolving, Toronto really does stay the same in some key, distinctive ways — such as the propensity among its residents for forming long lineups.

Sometimes the lines are for retail products or tickets. Often they're for new (or rather new-to-Canada) restaurants. See also: free food from pretty much anywhere. Amid the pandemic, we dealt with long queues outside vaccination clinics... and also still restaurants.

Today, it's a grocery store people are waiting in line for amid a stifling heat wave. But it's not just any grocery store, it's the first actual Toronto location of T&T; Supermarket.

Opening today at 297 College Street near Spadina, the newest outpost of the Loblaw-owned Asian market chain replaces a once-controversial Independent City Market that shut down this past November.

It also replaces (sort of) the iconic old T&T; on Cherry Street, which was shuttered in 2019 and demolished last year to make way for a massive new development in the Port Lands. 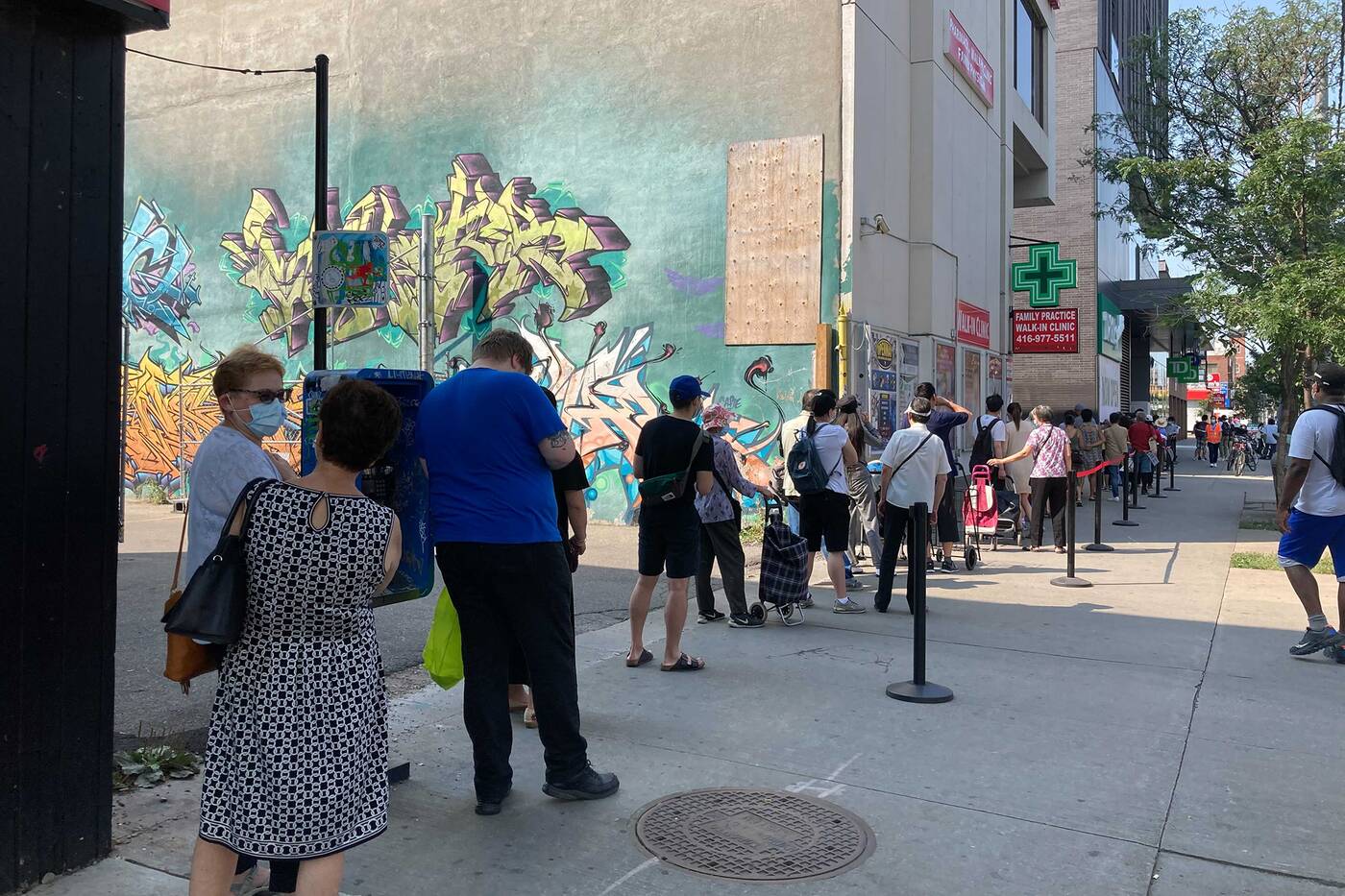 About a half-dozen T&T; Supermarkets already exist in the GTA, all of them popular, but the new College Street store is the first and only to exist in downtown Toronto proper.

Fans of the brand are stoked to get their hands on unique, imported products that are hard to find anywhere else in Ontario — so stoked that they lined up down and around an entire city block on Friday morning to be one of the first customers inside.

The wait is over! T&T; Supermarket has finally opened a downtown Toronto location https://t.co/7JIz6ytAzH #Toronto pic.twitter.com/WEOuXMJbwo

Some people watching from afar were happy to see footage of the lineup on Twitter, noting that "Toronto is back, baby!" and that "Torontonians will line up for everything." 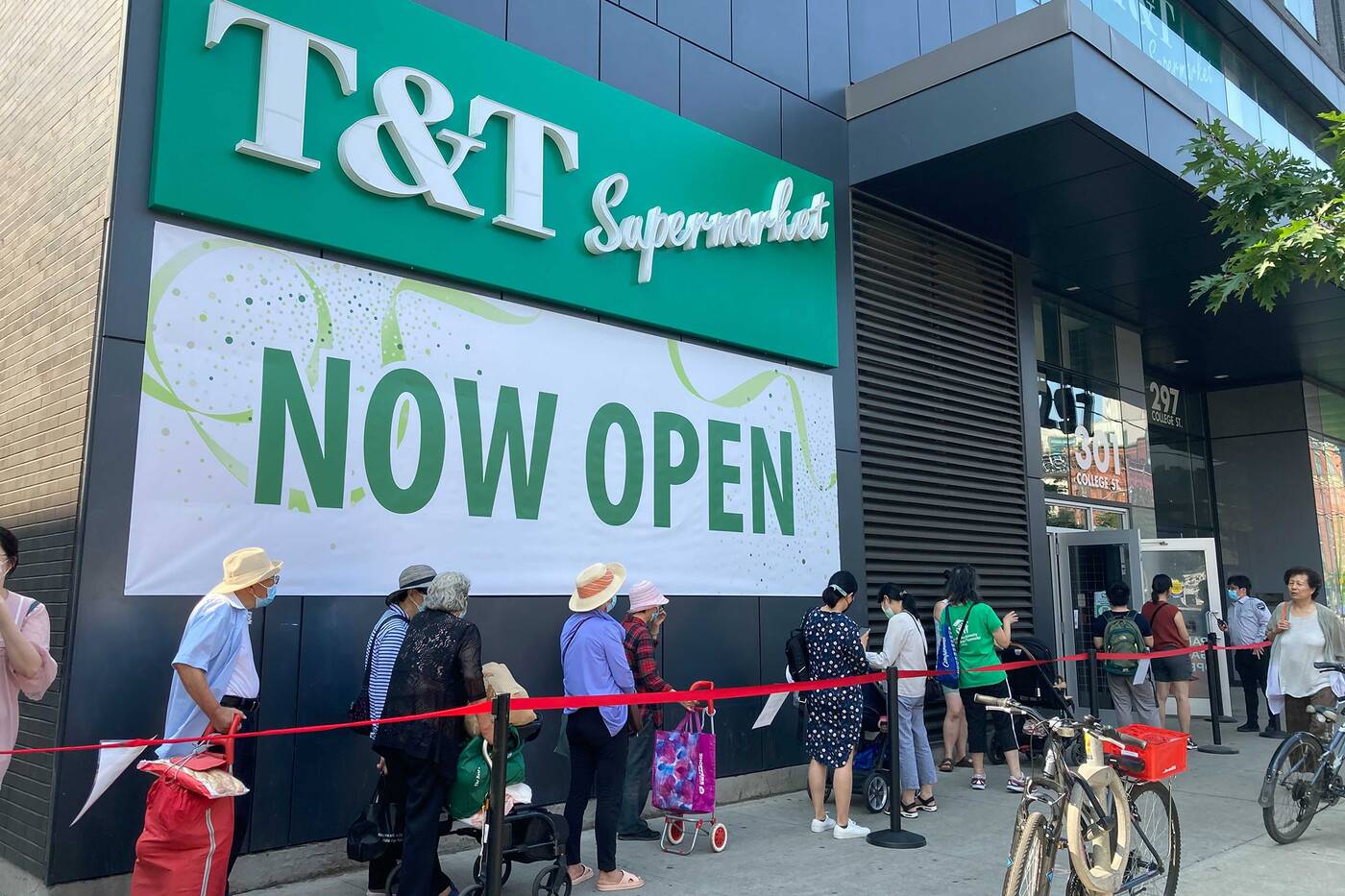 Aside from pure excitement, some customers may have been in line to score prizes — the first 100 through the door got $10 gift cards, and anyone who spends more than $68 dollars today gets a free recycling bag.

Those who don't want to battle the crowds but still like a good discount will be happy to know that anyone who spends $88 dollars or more between now and Monday, Aug. 16, will also receive a $10 gift card.