It feels like forever ago that T&T Supermarket shuttered its Cherry Street location, and now all that remains of the iconic waterfront grocery store will soon be gone too.

After 13 years on Cherry, T&T closed this January to make way for the a massive new district in the Port Lands.

The local haunt, which was prime for pre-Cherry Beach provisions and post-Rebel snacks, is being torn down with few witnesses in the midst of the pandemic. 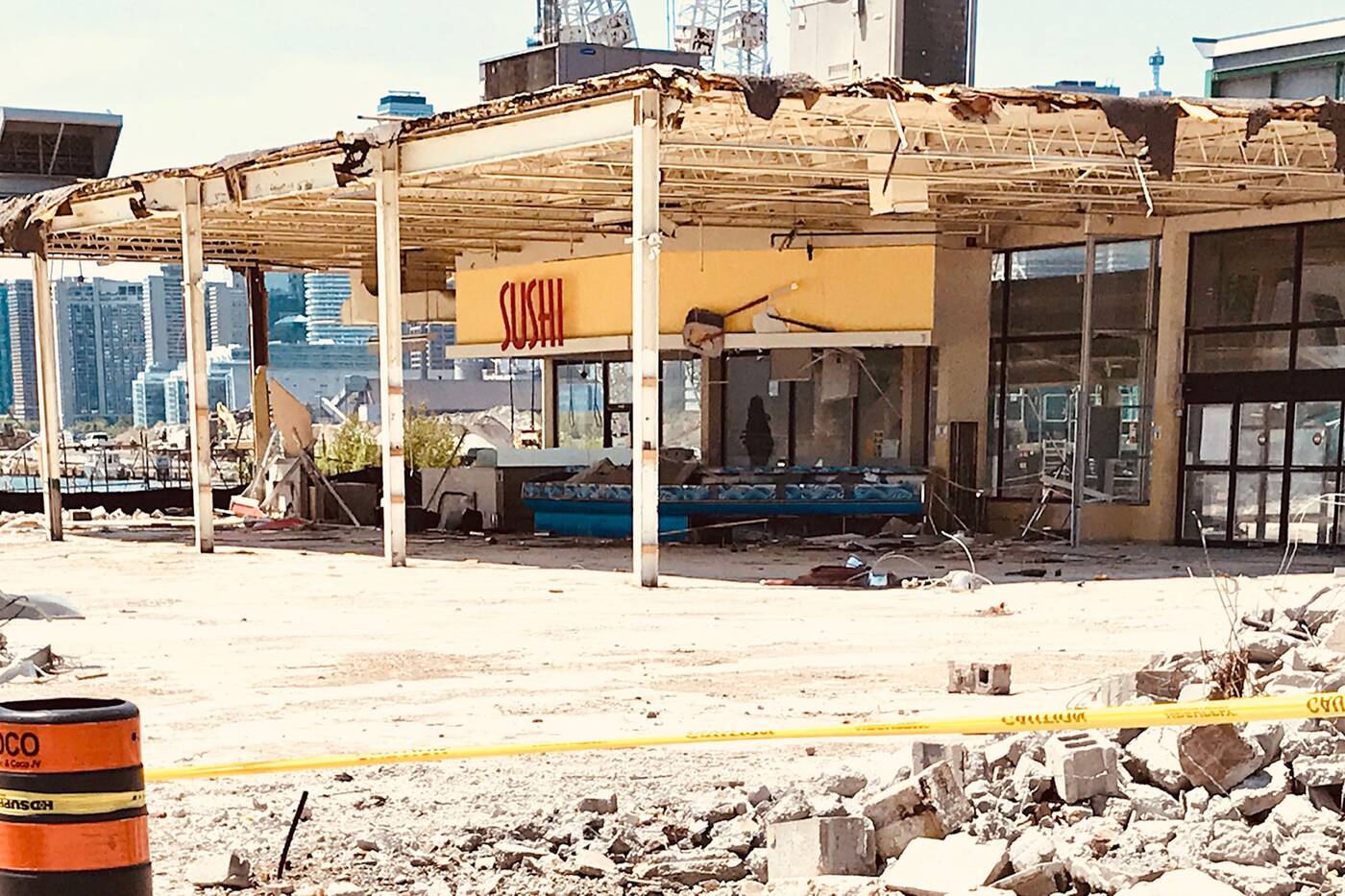 All that remains of the T&T on Cherry Street is its sushi section. Photo by Freddie Debachy via I am a Leslievillian Facebook group.

The site is now covered in rubble, and the building itself has been stripped to its last remaining wall, where the sushi section once was (sign still attached).

Photos have been circulating of the sad scene as people mourn the loss of downtown Toronto's only T&T.

According to the chain, which was acquired in 2009 by the same company that owns Loblaws, the retailer is actively looking for another downtown location to move into, but no plans have been released as of yet.