Dave's Hot Chicken opened in Toronto this weekend with massive line-ups that took over an entire corner of Parkdale from Friday to Sunday.

The spicy chicken chain from L.A. launched its first Canadian location on Friday in the former home of Pete's Corner Grill at 1582 Queen St. W. 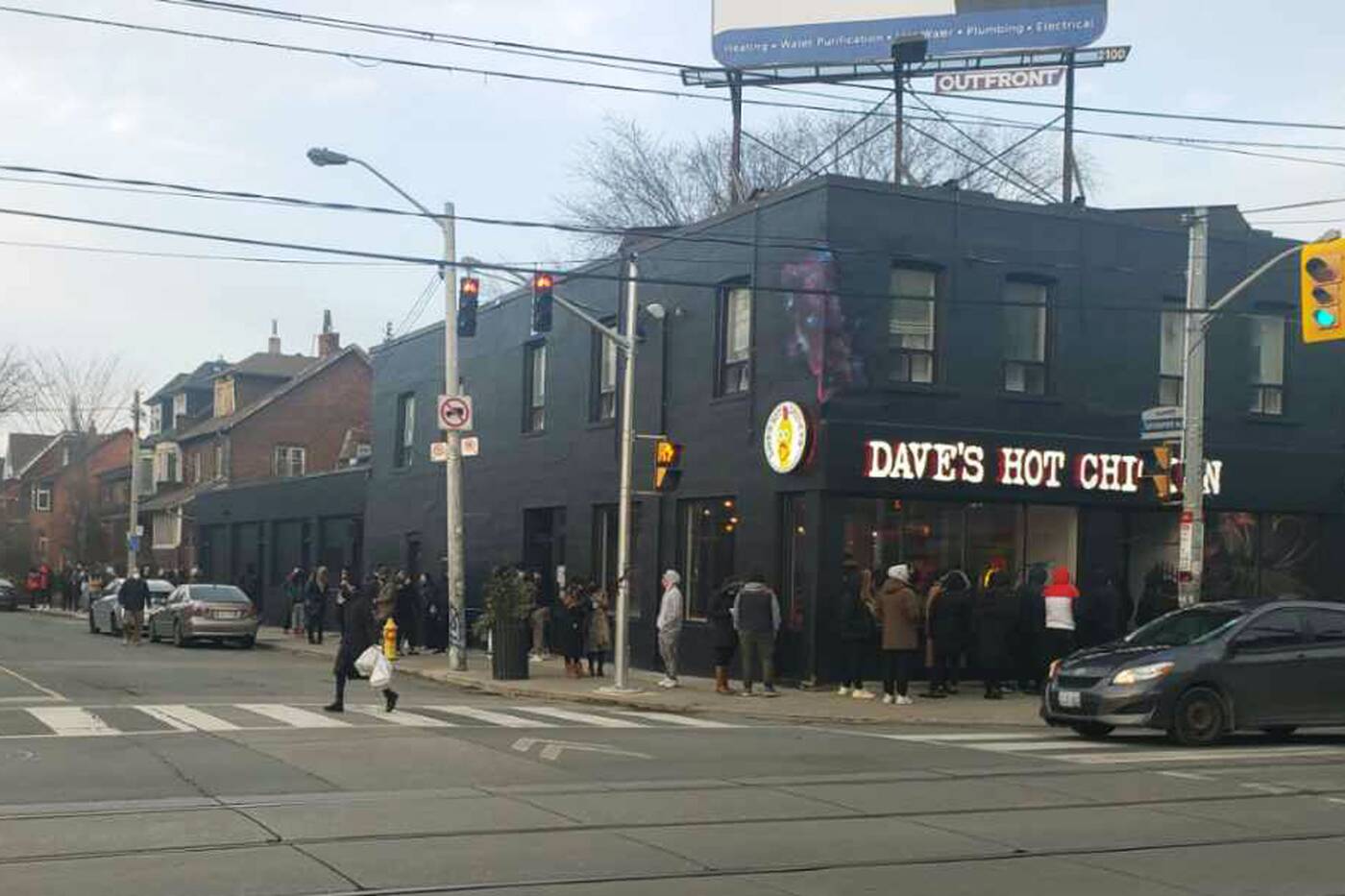 The opening of Dave's Hot Chicken in Toronto drew massive crowds over the weekend. Photo via Brendan Yeats.

The store's opening drew crowds over the weekend despite the Province's push to keep people at home as COVID-19 numbers rise, with queues rounding the bend of Sorauren Avenue.

Photos taken by passers-by showed huge lineups of people outside and customers packing the store inside, in some cases, with over 10 people at a time.

As far as social distancing goes, purple X's on the sidewalk were the extent of crowd management outside of Dave's.

When asked about social distancing measures that were in place this weekend, Blair Bitove, Director of Business Development of Obelysk, the Canadian company operating Toronto's location of Dave's, said:

“We’re so pleased with the support and excitement we received throughout opening weekend, and had a number of health measures in place to keep both our customers and staff safe."

Bitove says that the store had a number of floor markers outside and within the store. The company also says that staff were pressent to manage the doors, and all employees were wearing PPE and sanitizing between orders.

I think I just got Covid from looking at this photo

Balloons at the entrance of the store marked Dave's grand opening, which happened to coincide with the first weekend of Doug Ford's stay-at-home order.

Going out for food is considered an essential trip, under the order's hazy guidelines, but lining up outside a new fried chicken joint likely doesn't track.

In fact, a number of Parkdale folks pointedly decided not to order from Dave's, and got their fried chicken fix from other local businesses instead. 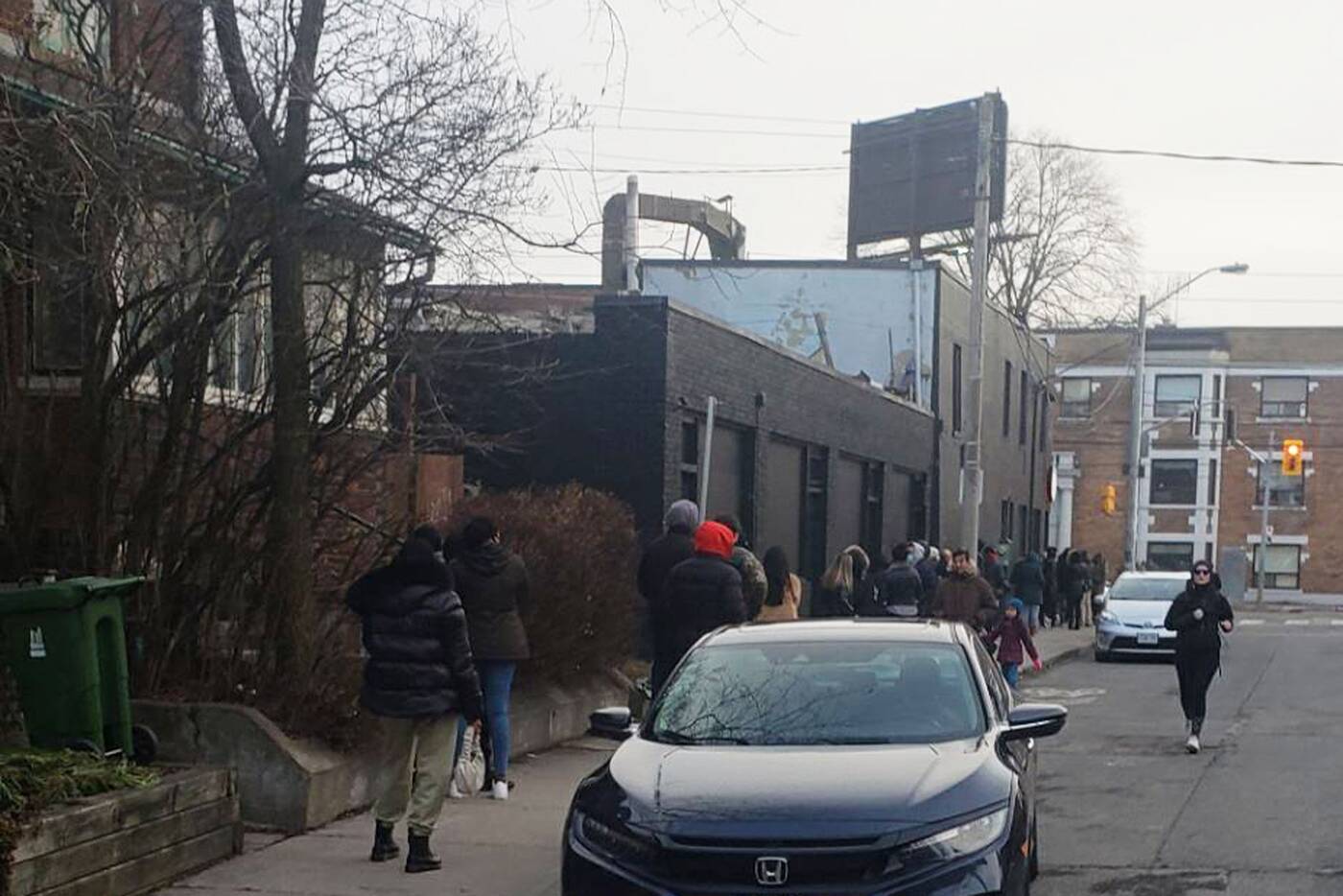 Jordan Harasinski Gillis, the owner of Tokyo Hot Fried Chicken and longtime resident of Parkdale, announced that he sold out over the weekend thanks to support from the community.

"Never in my wildest dreams did I think I would have a SELL OUT weekend when Dave's opened up in town," said Harasinski Gillis in a Facebook post.

"It was such a pleasant surprise to see so many of my orders this weekend go out to the Parkdale area and to have many of you take the time to come in and see us."

Ding-a-Wing, Dirty Bird, The Heartbreak Chef, Legal Tenders, PG Cluck's and Chica's were just a few other Toronto restaurants that got shoutouts as local alternatives for fried bird. 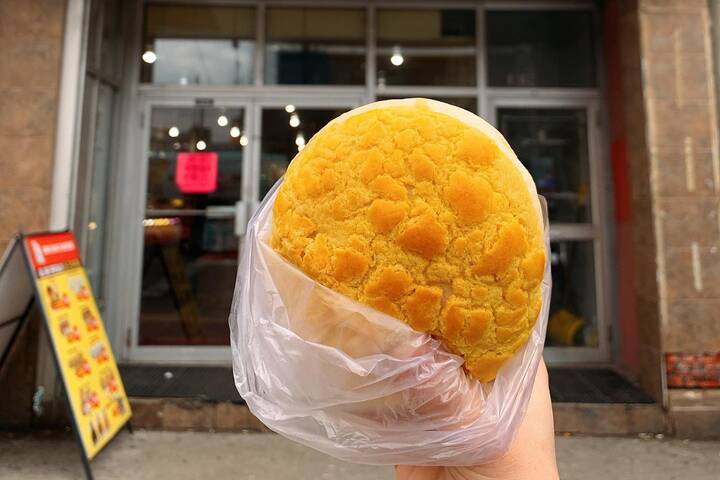