PG Cluck's is an itty-bitty fried chicken shack in the family of businesses that populate the building in which Royal Cinema is housed. It's smack dab between the theatre and Birreria Volo . PG even supplies fried chicken to the hungry beer drinkers of the next door bar. PG stands for Pawel Grezlikowski, formerly of Hogtown Charcuterie .

He initially thought to do a variety of sandwiches before zeroing in on the fried chicken sammy, and they're one of the only places other than Let's Be Frank to do Nashville Hot Chicken. PG dunks their regular fried chicken into a sauce of fryer oil, cayenne, and flavourful spices. 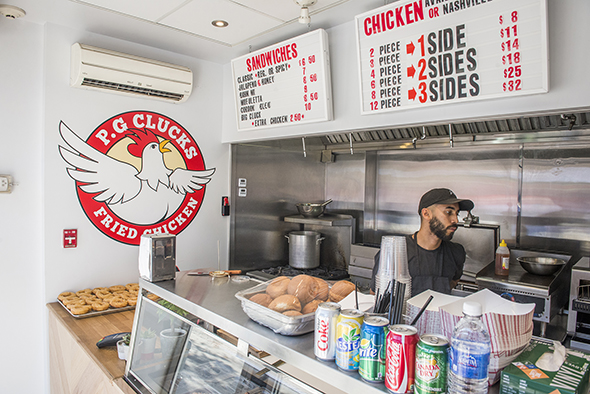 The interior is super small, practically exterior. Sliding doors open to let in fresh air and a steady stream of customers. Beyond the lunch counter they managed to cram in a heap of equipment including two slushie machines, the contents of which are advertised on a roll of butcher paper. 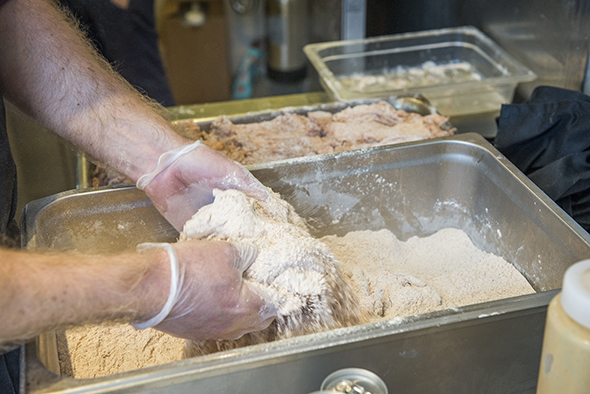 It all starts with deboned leg meat, the only cut they serve here, because it tastes fantastic and bone-in cuts take two and a half to three times longer to fry. The chicken gets a twenty-four hour lemon and herb brine, then spends six more hours in a buttermilk brine. It's then dredged in ten different spices, and once that sticks, they dredge it again right before frying for crispiness. 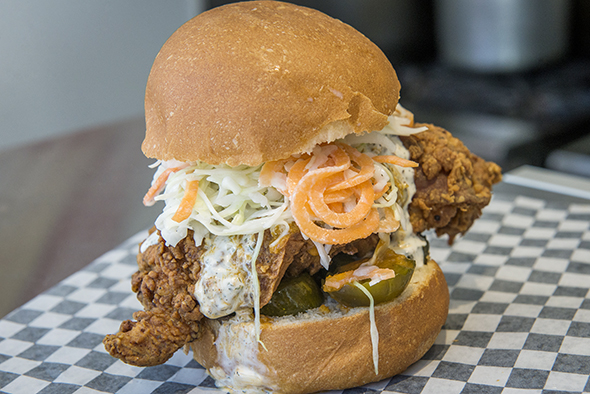 A piece of this chicken goes into the classic sammy ($6.50), which you can also get spicy. On that you've got sweet pickles, creamy coleslaw, buttermilk ranch and smoky chili sauce, all on a white bun. 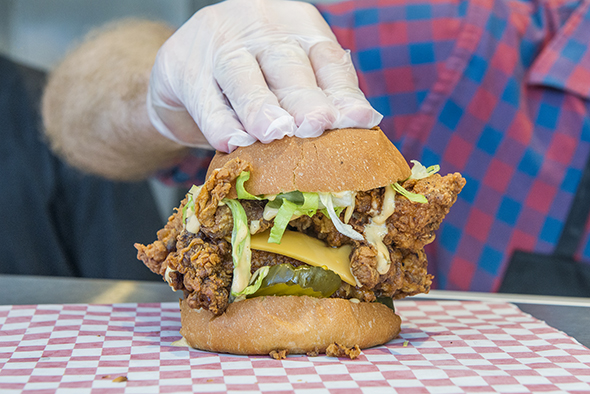 The Big Cluck ($10) is like a Big Mac but with fried chicken. It's two pieces of their chicken with two slices of American cheese in between, topped with lettuce, pickles and their secret Mac sauce. 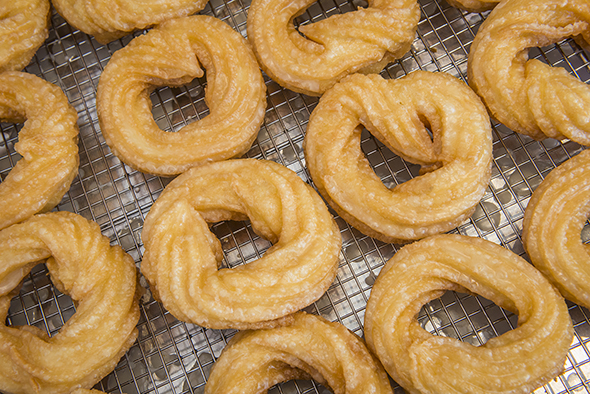 Their honey crullers ($2.50) taste as good and simple as they look, like a ring of fluffy funnel cake lightly dredged in honey. They fry a new batch at the beginning of every day in same fryer as the chicken, changing the oil and frying the donuts first before they start doing chicken. 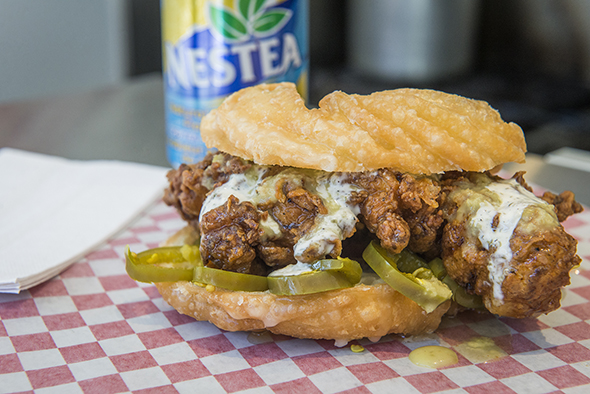 The jalapeno & honey sandwich ($7) is fried chicken dredged in honey, sweet pickled jalapenos and fermented jalapeno sauce, but if you ask nicely you can get this secret menu item that's the same sandwich but with a honey cruller for a bun. 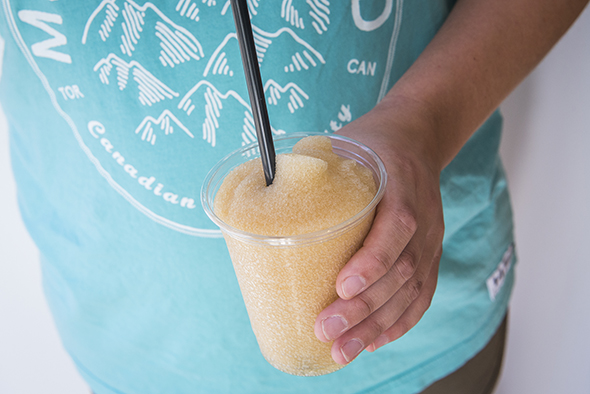 Wash it down with drinks from the slushie machines, a kombucha slushie ($4) and a lemonade ($3) that rotate: when we're in it's honey lemon and thyme respectively. 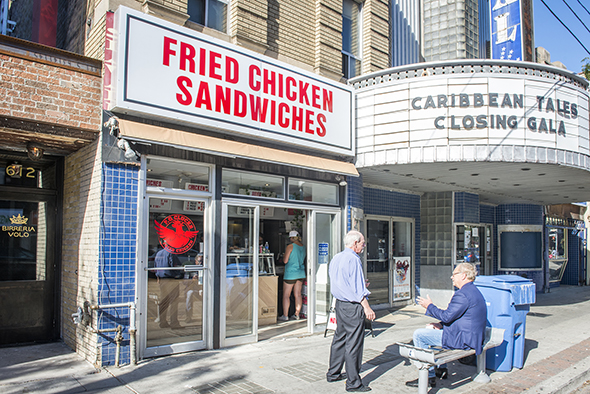