The takeout spot is headed by the same people behind Taverne Bernhardts, where Toronto fell in love with their rotisserie chicken and Dreyfus, the Harbord St. restaurant that specializes in French cuisine.

Owner Zachary Kolomeir says he wanted to expand on lunch offerings that Bernhardts had by opening up Vilda's directly across the street. 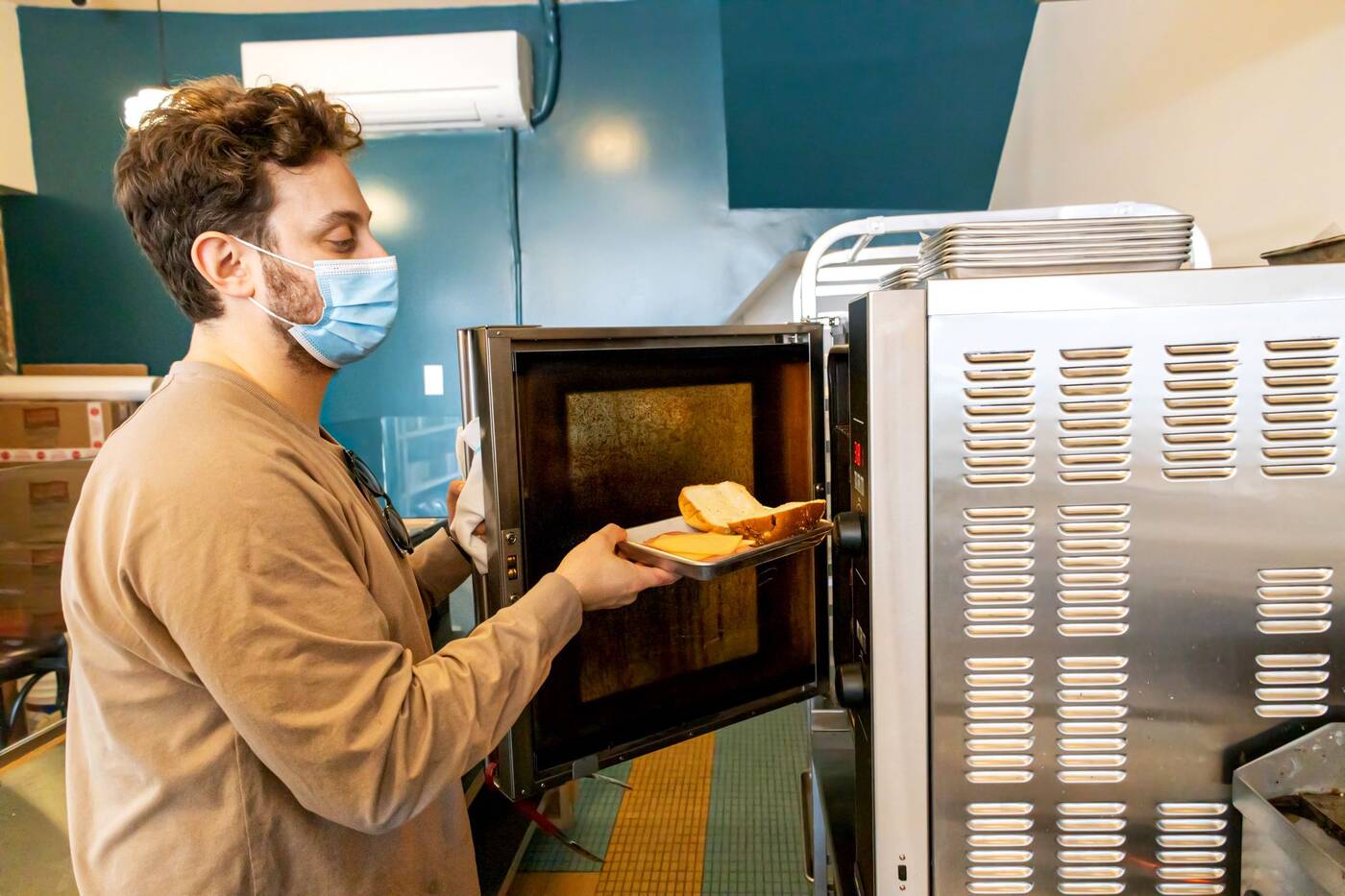 The sandwich shop occupies the space of a former variety store called Nobrega's, which had been in the area for over 50 years.

Its closure rocked the neighbourhood, with locals relying on it during lockdowns to safely leave their house and stock up. 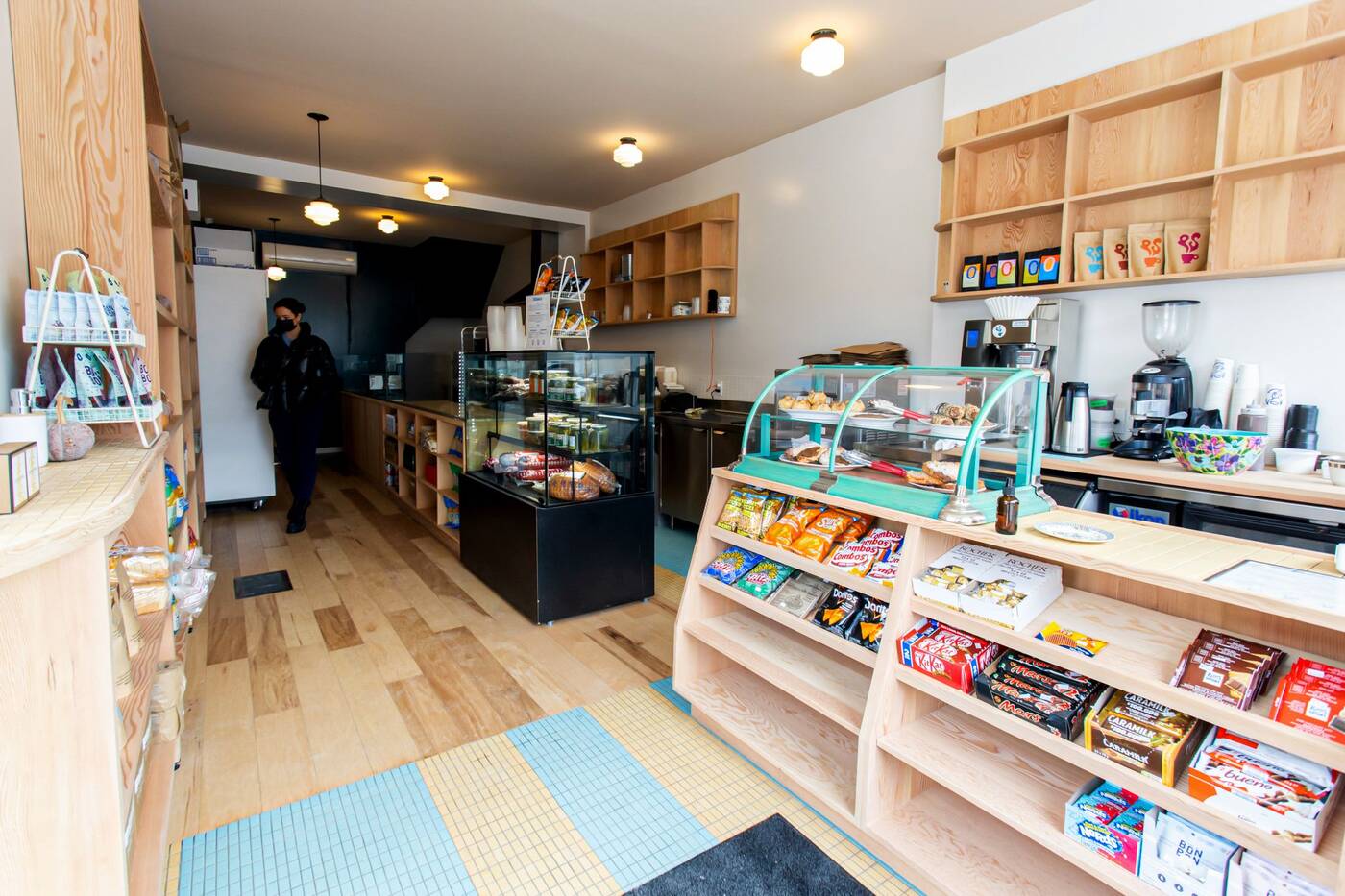 Once vacant, Kolomeir decided to keep the old school sign that belonged to Nobrega's, as he did with the Julie's Snack Bar sign at Bernhardts.

The owner doesn't agree with gentrification that he sees happening across the city and wanted to pay his respects to businesses that once thrived in the area. 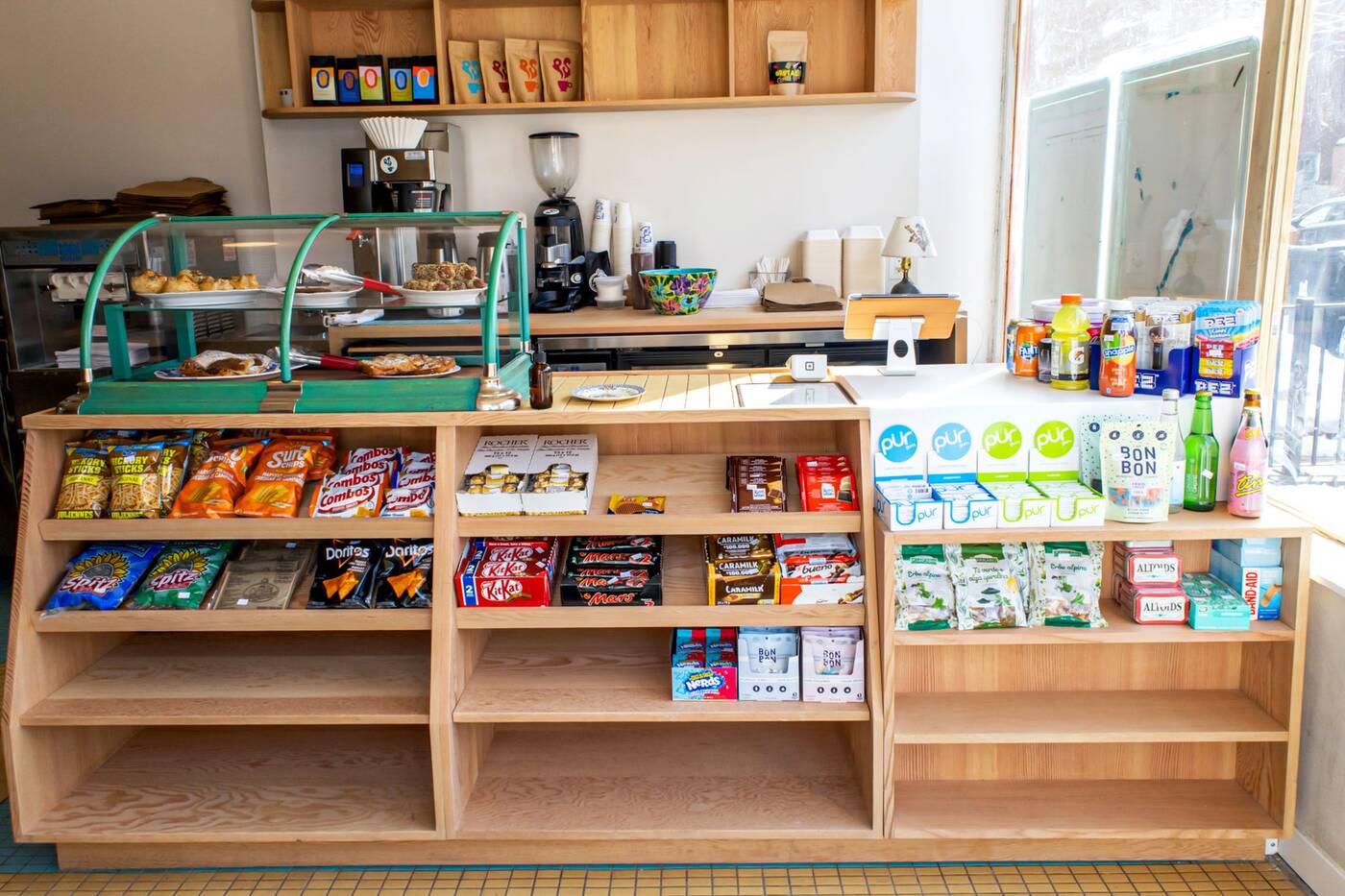 The convenience store feel has remained inside of Vilda's, walk inside and you'll find one long takeout counter with chocolate bars and candies, along with a display case full of freshly-baked pastries. 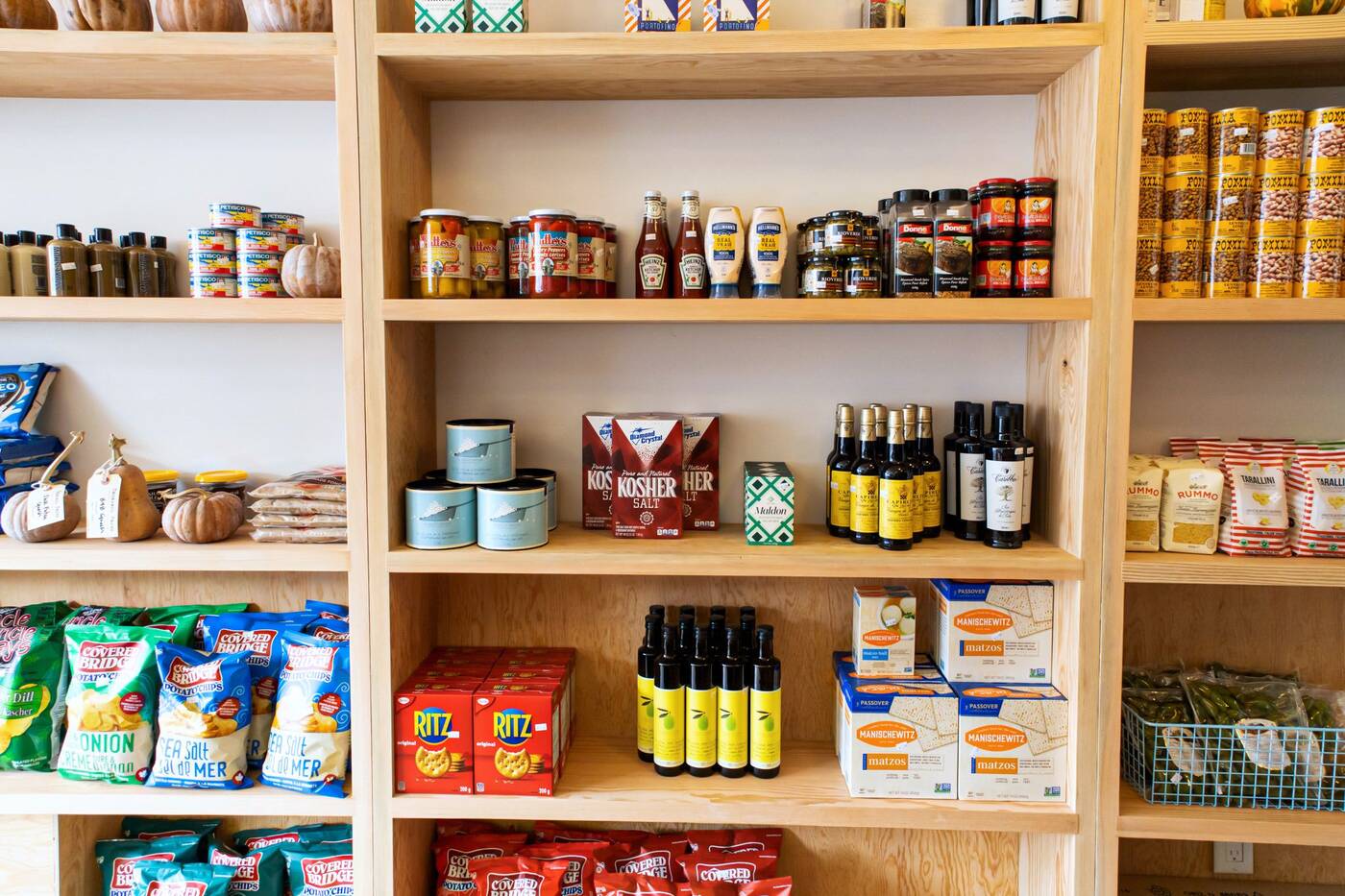 Adjacent to that is a wall of shelves, home to various preserved jars of Kosher pickle jars, boxes of matzos and pickled peppers, to name a few.

Kolomeir wanted Vilda's to have the same feel as walking into New York's beloved bodega shops. A place where you can grab your lunch and chat it up with the person who's making your sandwich behind the counter. 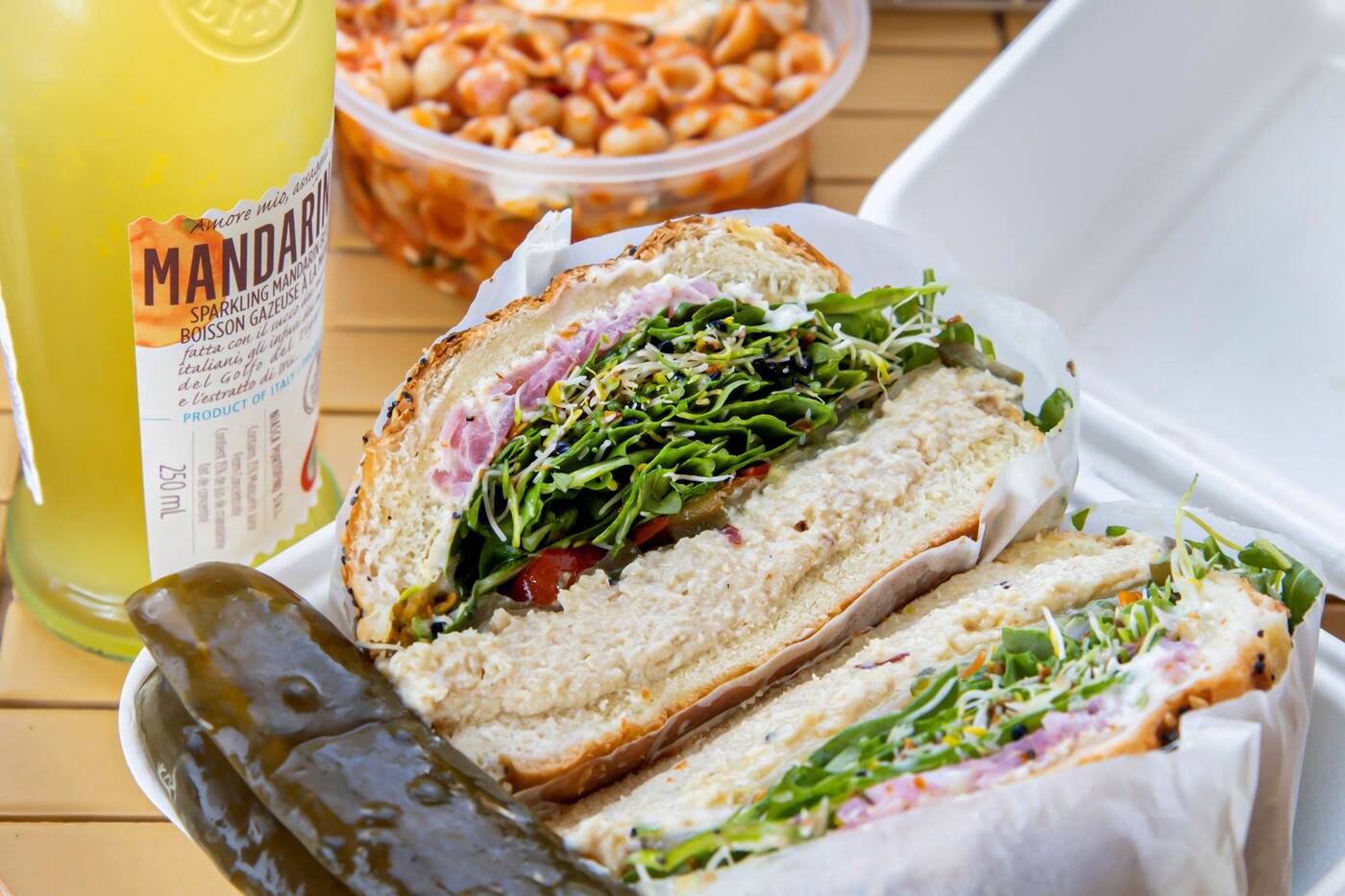 The Deli Chicken Sandwich ($15.00) may sound simple but this bun is packing in some serious flavour. Rotisserie chicken made over at Bernhardts is shredded and mixed with brown butter, mustard and aoili. 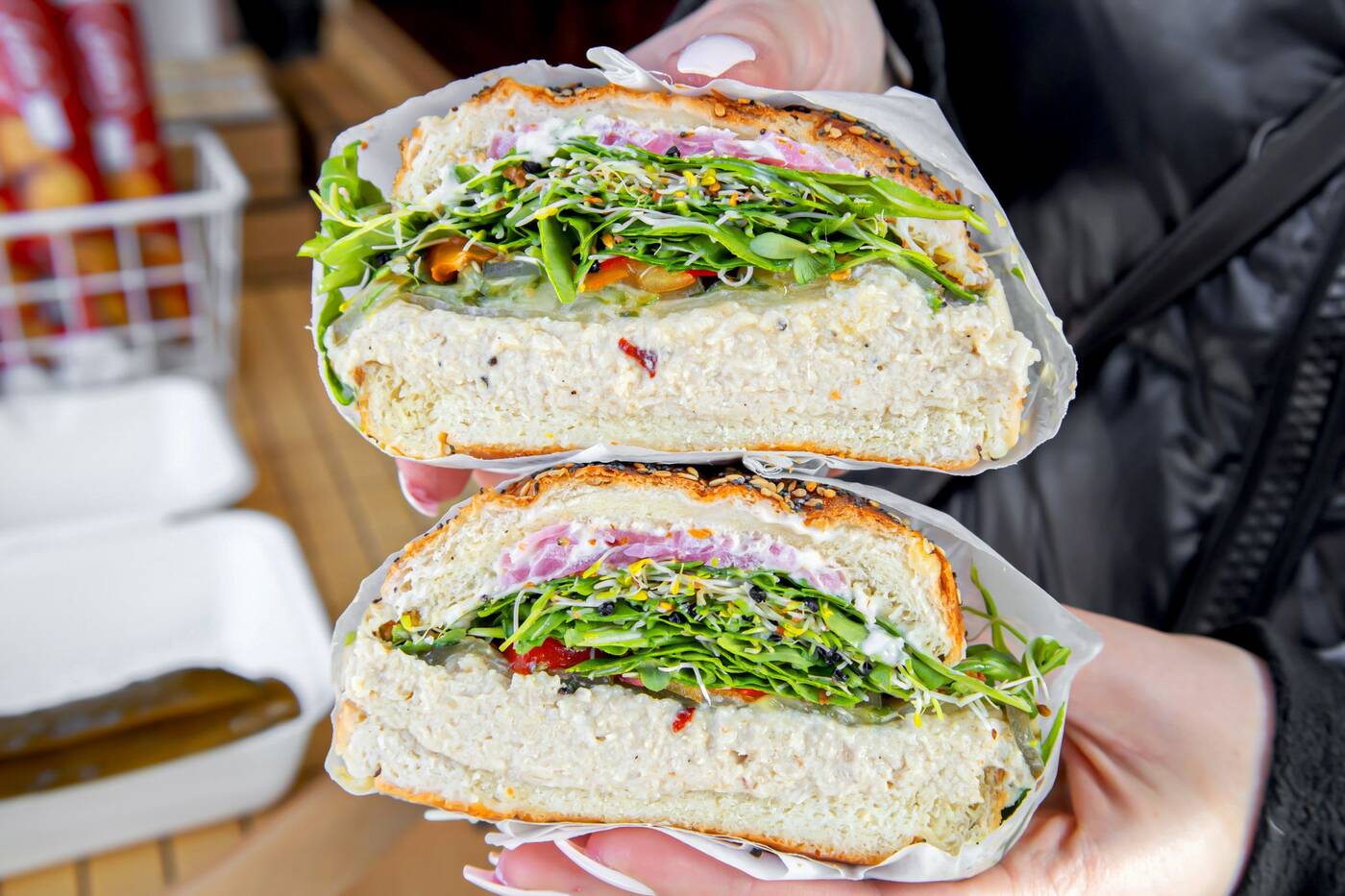 All the bread at Vilda's is sourced from Harbord Bakery, this sandwich gets an onion roll, a spin on plain bread found at other spots.

Layers of arugula, sprouts, and pickled peppers spill out, giving you a little salad at the end of the parchment paper its served in once you've devoured the bread. 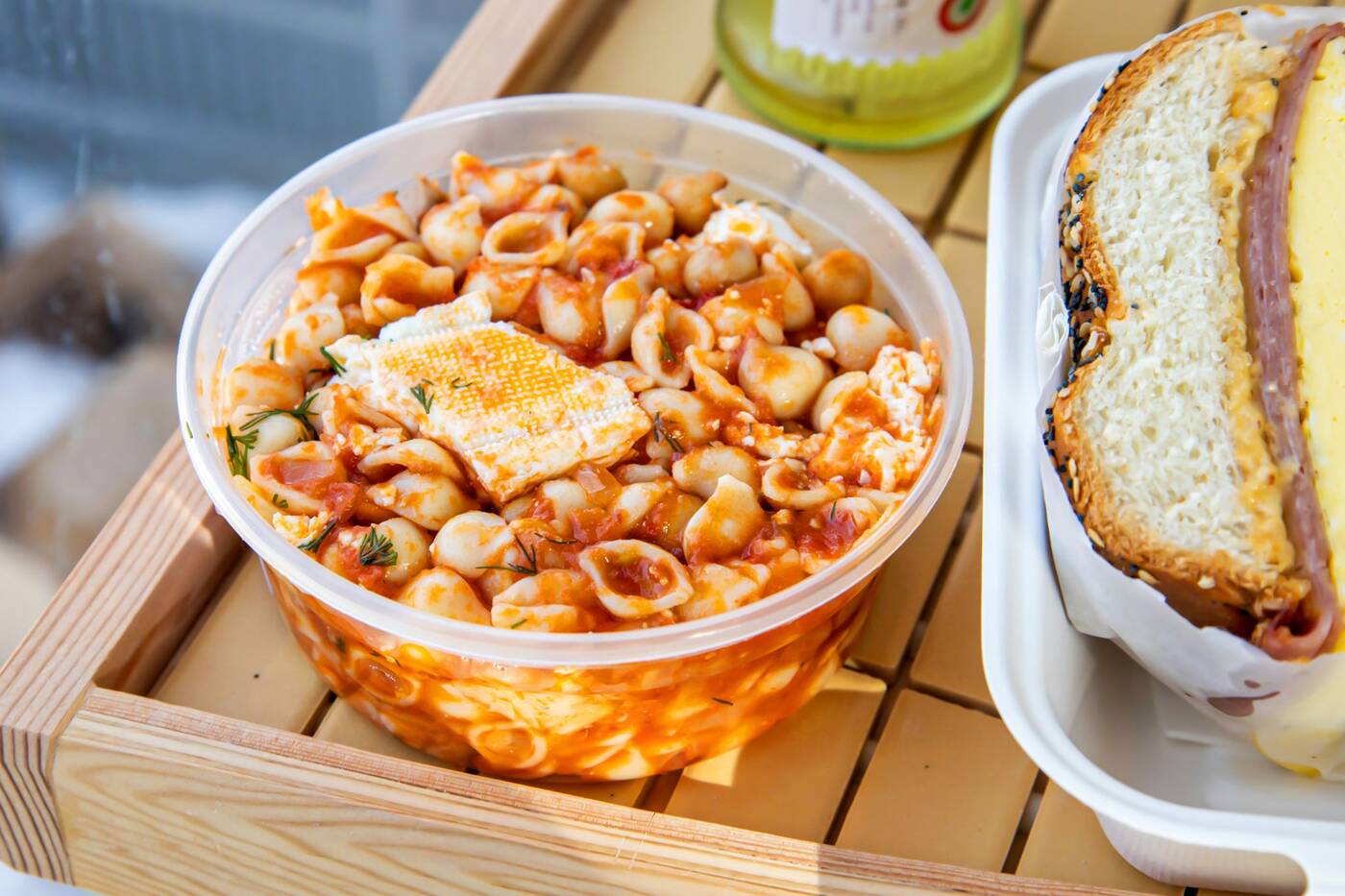 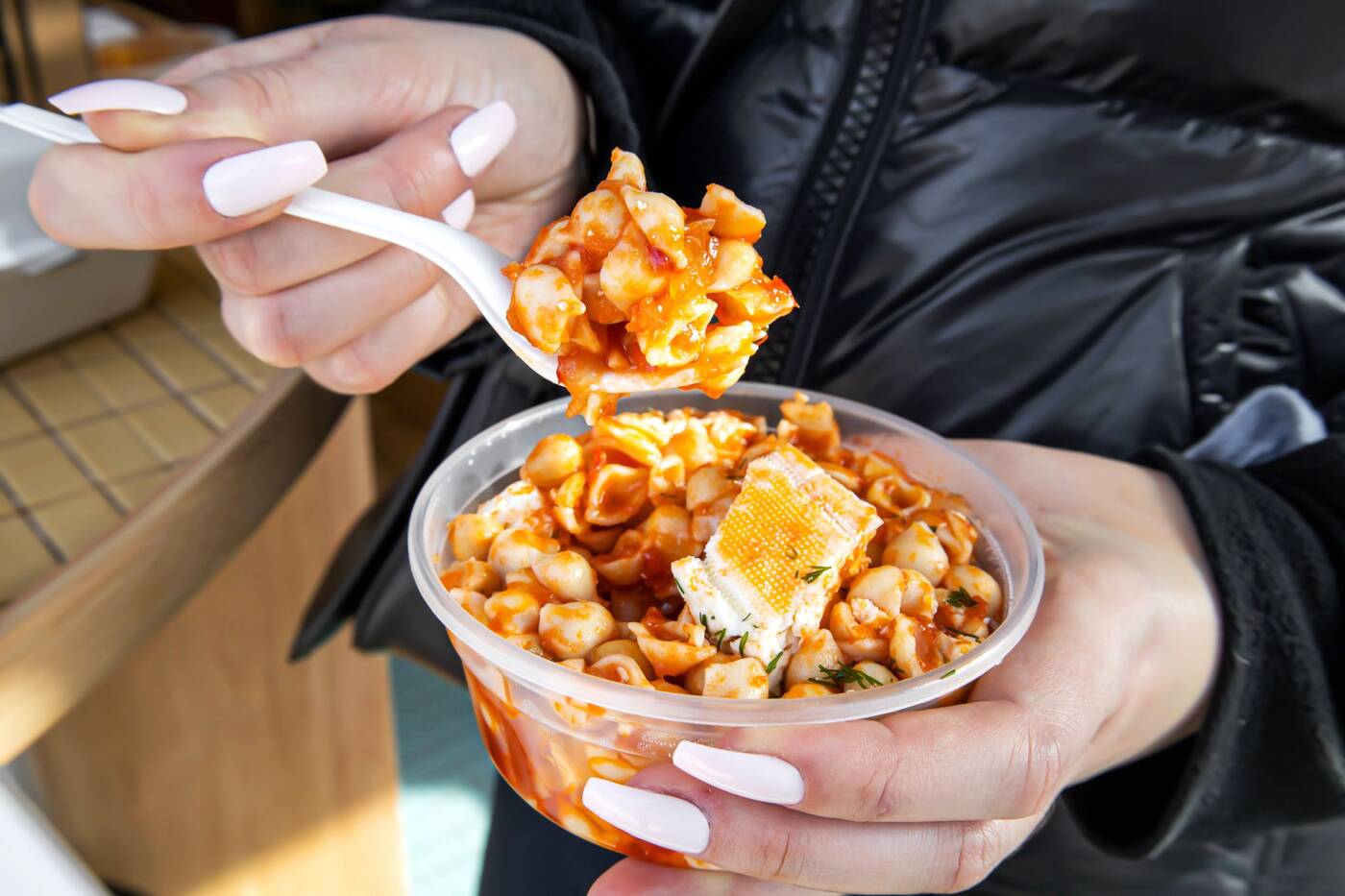 The small version is what you see here. Pre-made with carb goodness, you won't be able to resist the spicy tomato vinaigrette that coats each shell. A dash of onion, dill and chickpeas thicken up the dish, with a slab of feta cheese that you can mix in with the rest. 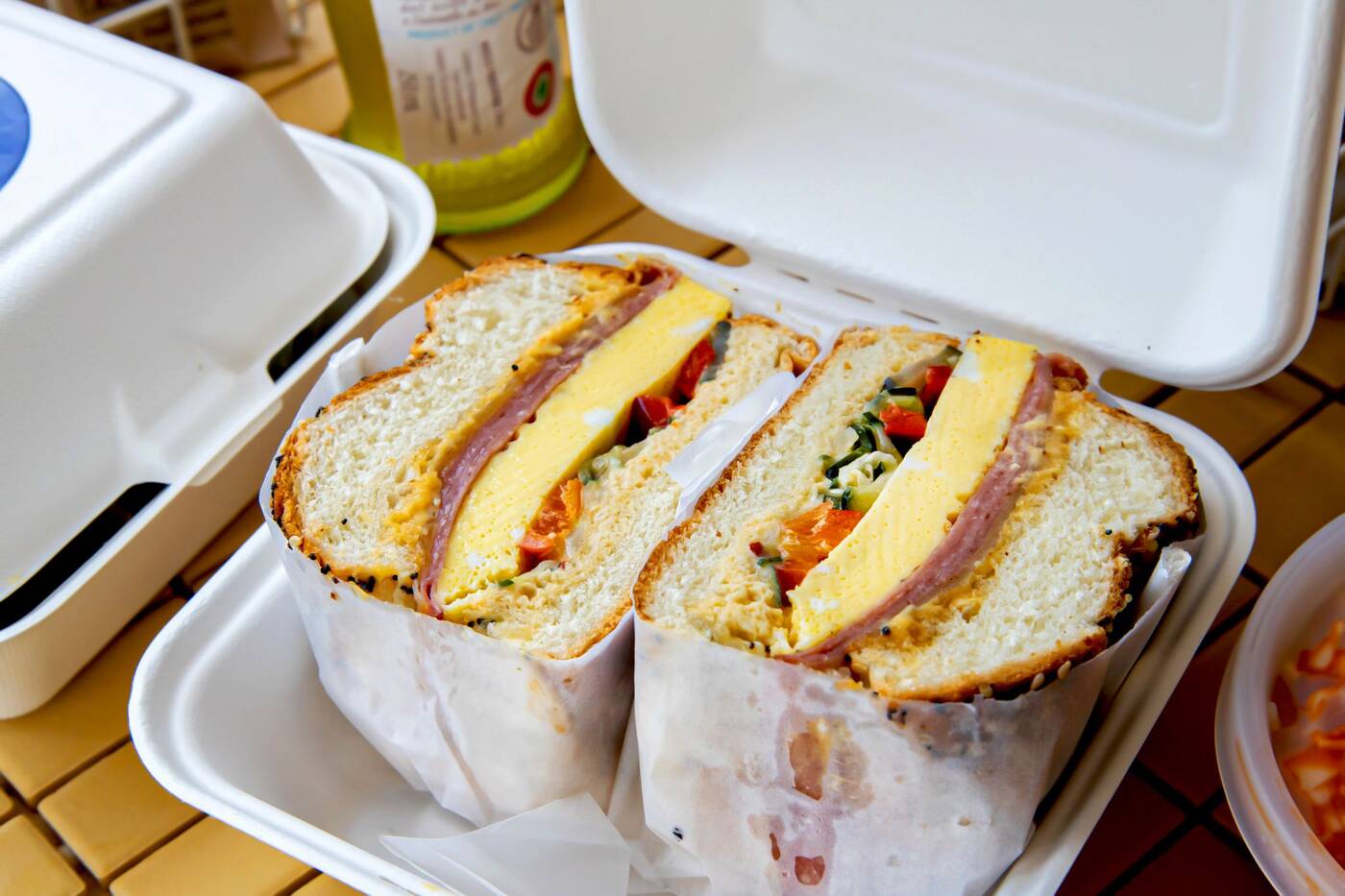 Stop by Vilda's for a breakfast sandwich anytime of the day. The Chicago 58 Brekky Bun ($9.00) is a great choice for those who don't eat pork, as the Chicago 58 salami used on this is pure beef. 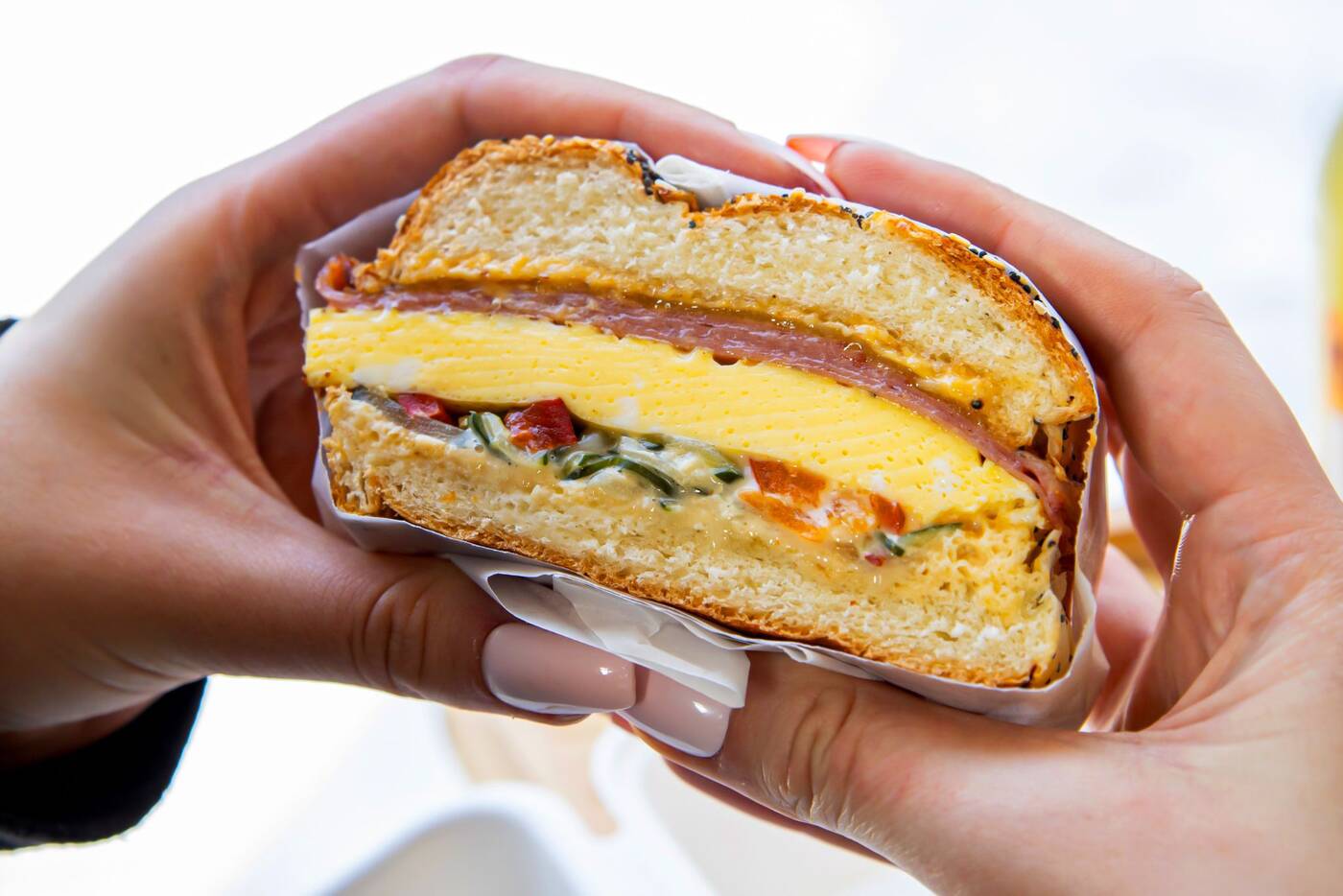 A version of a Bacon-Egg-n-Cheese at NYC bodegas, an everything bun is layered with a slice of baked omelette, smoked cheddar, pickled cucumbers, onions and peppers, then smothered in Russian dressing.

Tucked into a residential street, Vilda's doesn't play into the liveliness of nearby Lower Ossington. It operates to serve locals, construction workers stopping in on break, families going to the park, anyone who's craving a sandwich and wants to get it in a less than five minute walk. 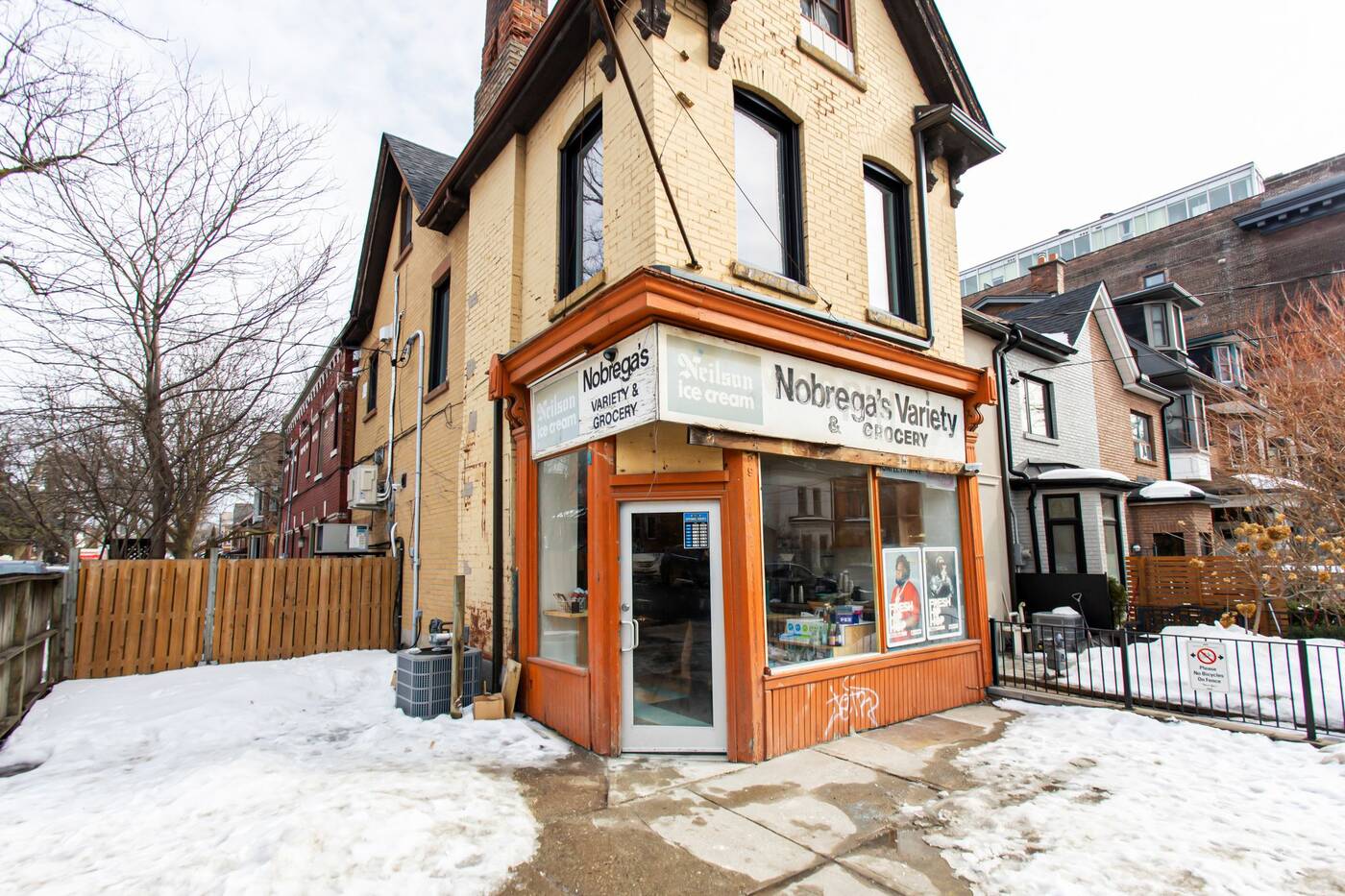