Dope as Duck offers its signature food truck taste at its brick and mortar location with the takeout menu featuring street food from different parts of the world.

Raymond Costain and his son run the show at the small storefront in Etobicoke, though the space doesn't matter much, as they're used to working in the much more intimate quarters of a food truck. 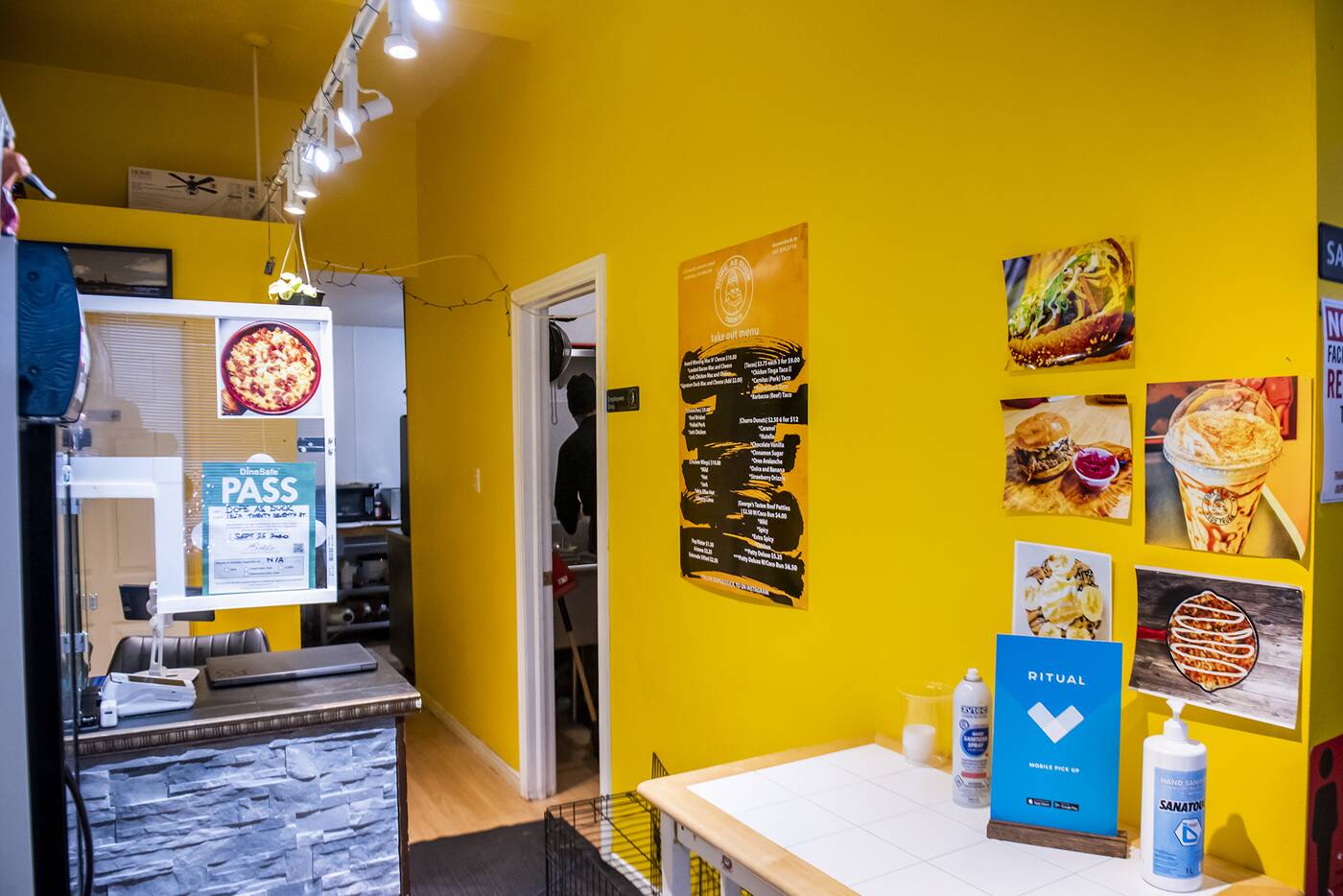 The Dope as Duck food truck operated for three years and was a fixture at various festivals across the city like Taco Fest and Beer Bourbon and BBQ, as well as in Montreal and Nova Scotia. 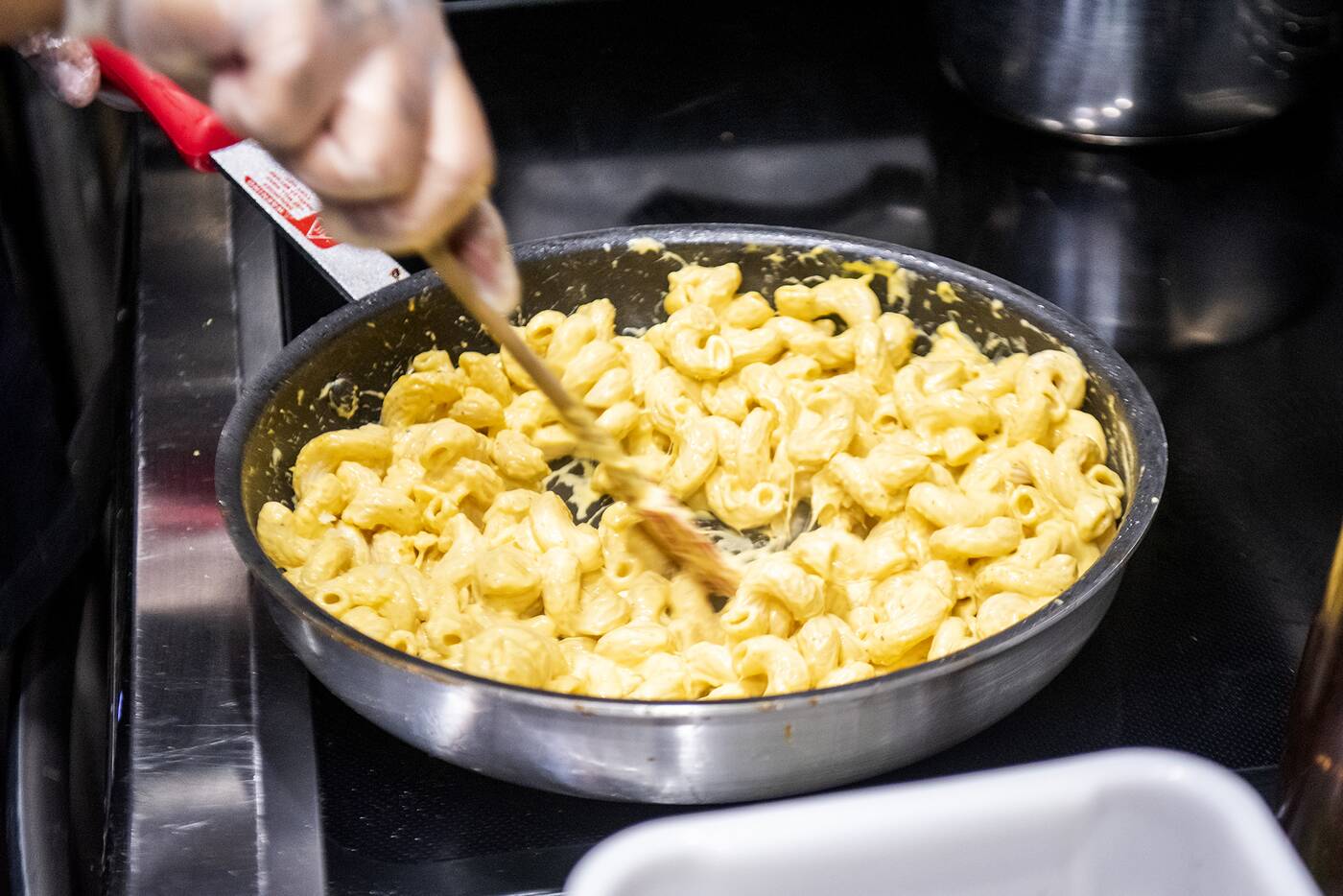 The menu hasn't changed too much. They still cook up the same tasty finger food for their customers including sandwiches, tacos, and of course, their award-winning Mac and Cheese. 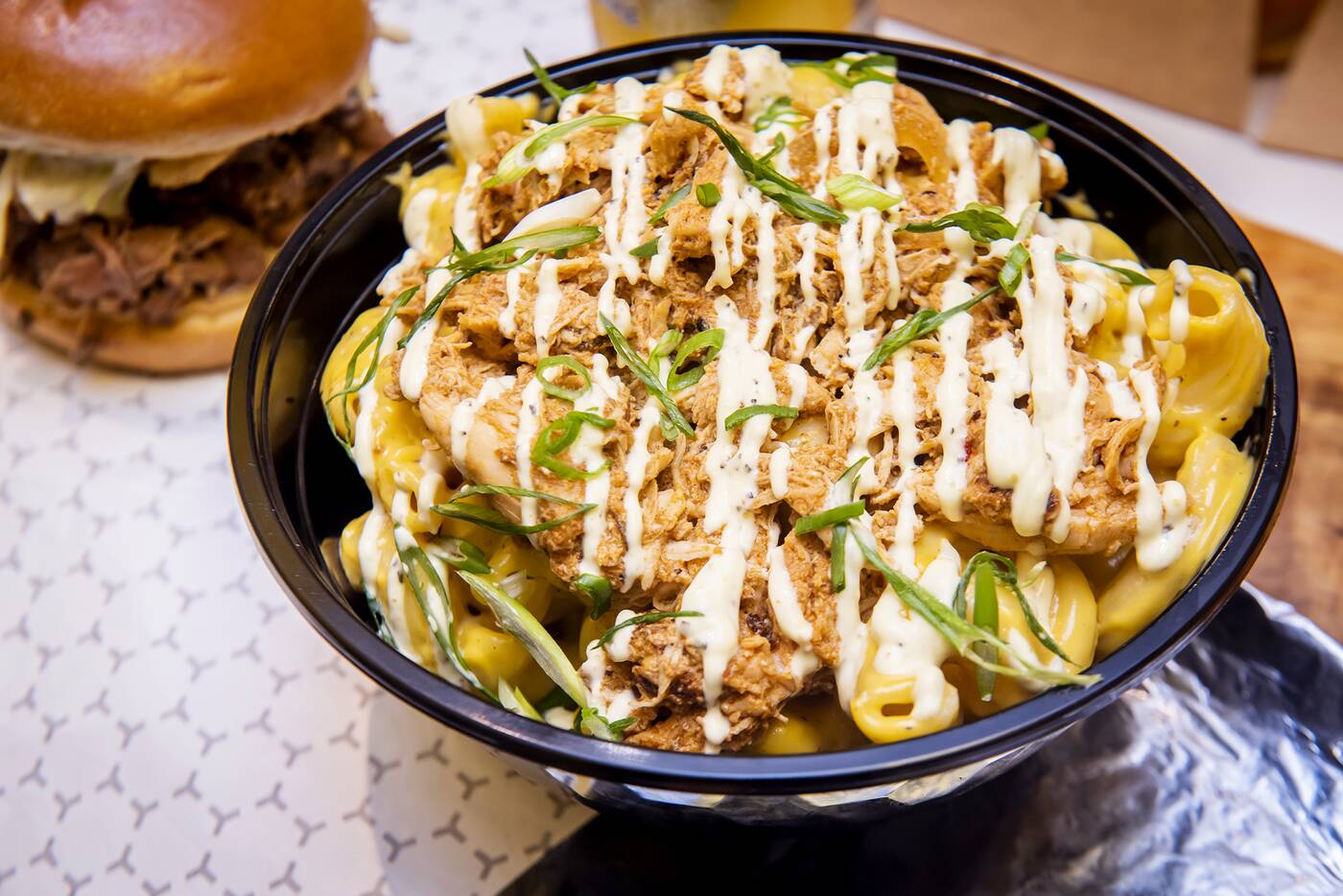 You can get a Loaded Bacon, Jerk Chicken, or the Signature Duck Mac and Cheese ($10) made with duck from King Cole Farm.

Having won the 2019 North America's largest Mac and Cheese Festival, it probably won't come as a surprise that it continues to be a fan favourite. The price is also really good considering the large portion and added protein. 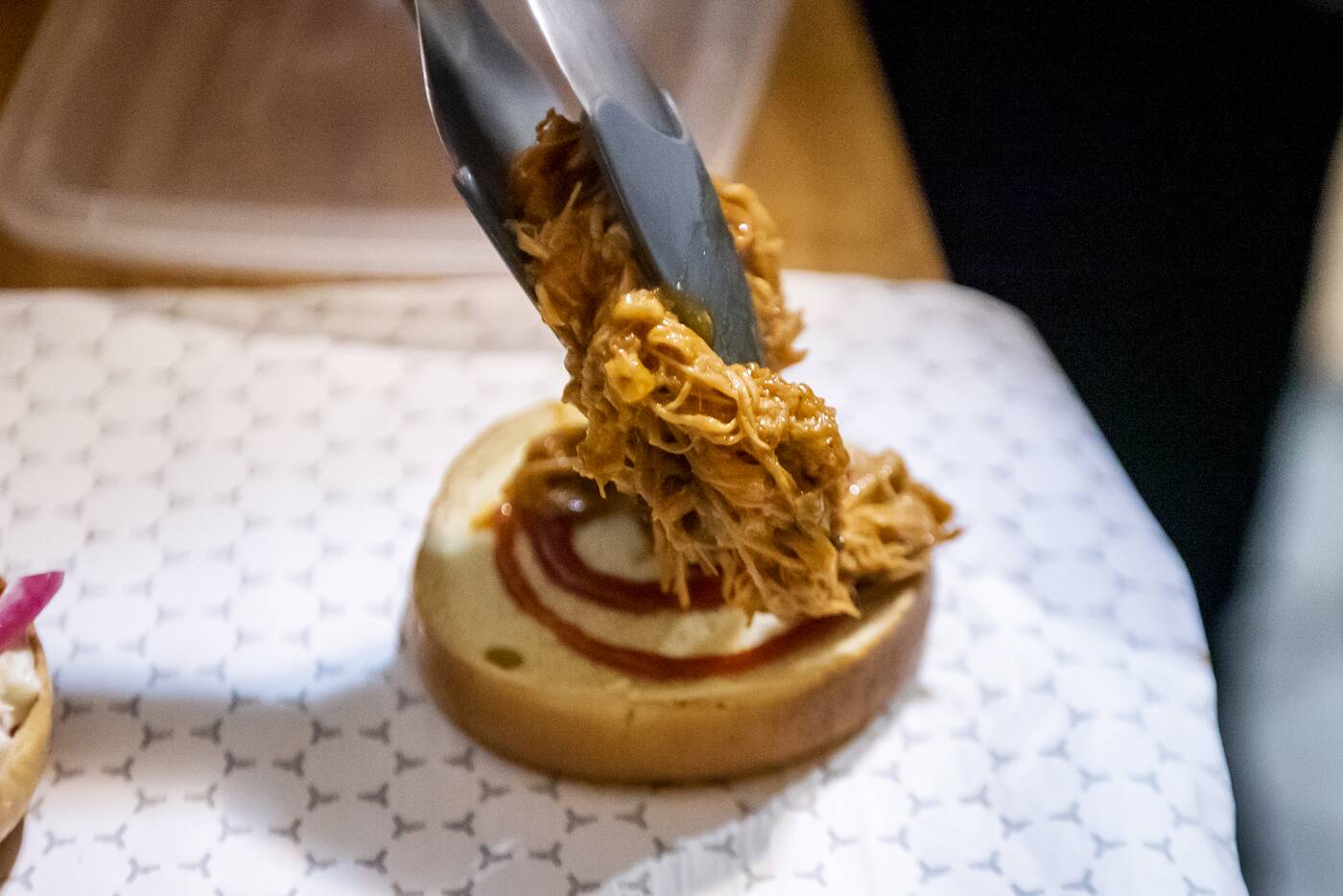 The Pulled Pork Sandwich and Beef Brisket ($9) are also popular. The brisket is slow-braised for 20 hours while the pork is braised overnight with about eight different spices. 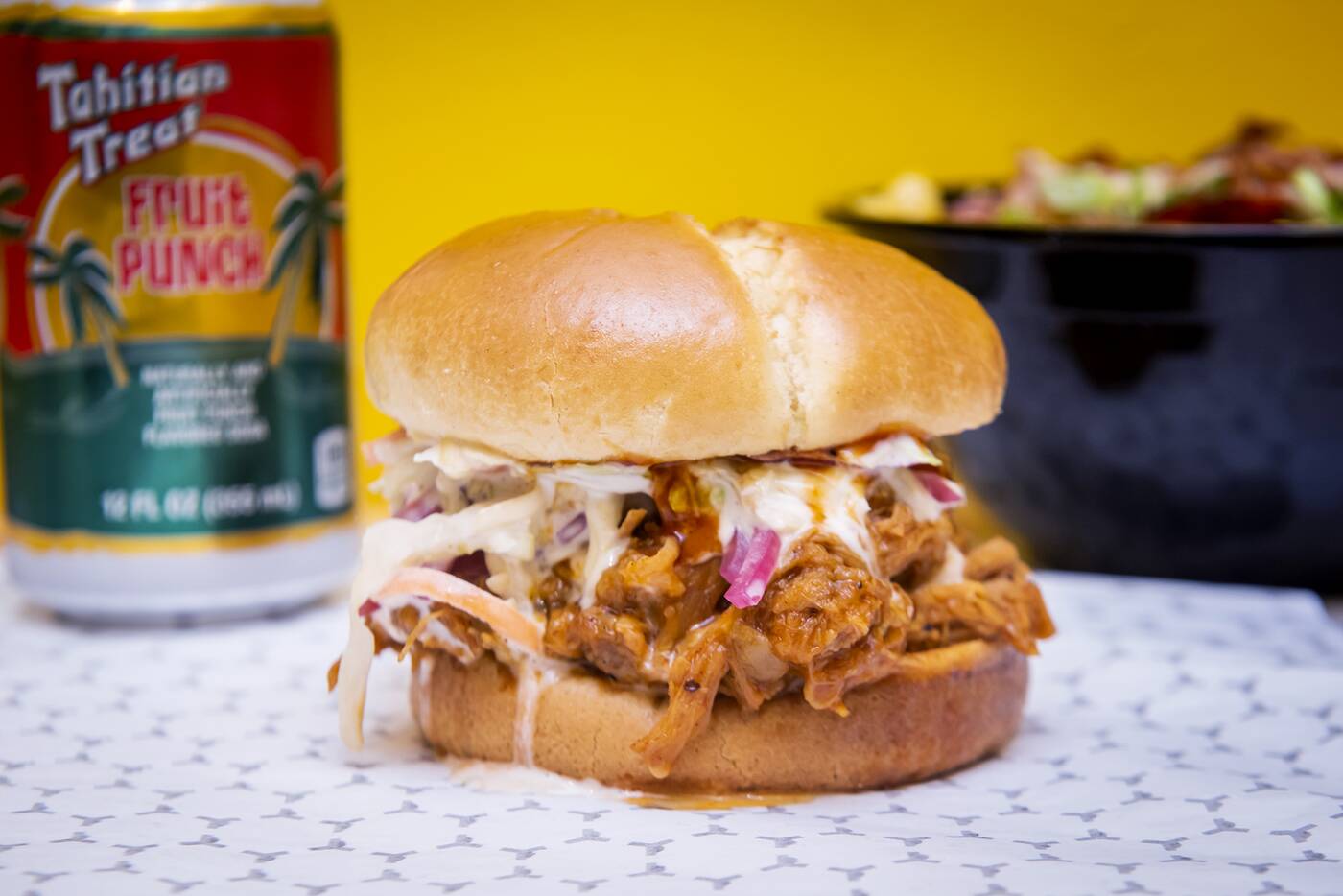 The sandwiches are made with garlic aioli, pickled onions, and coleslaw that are all made in-house. 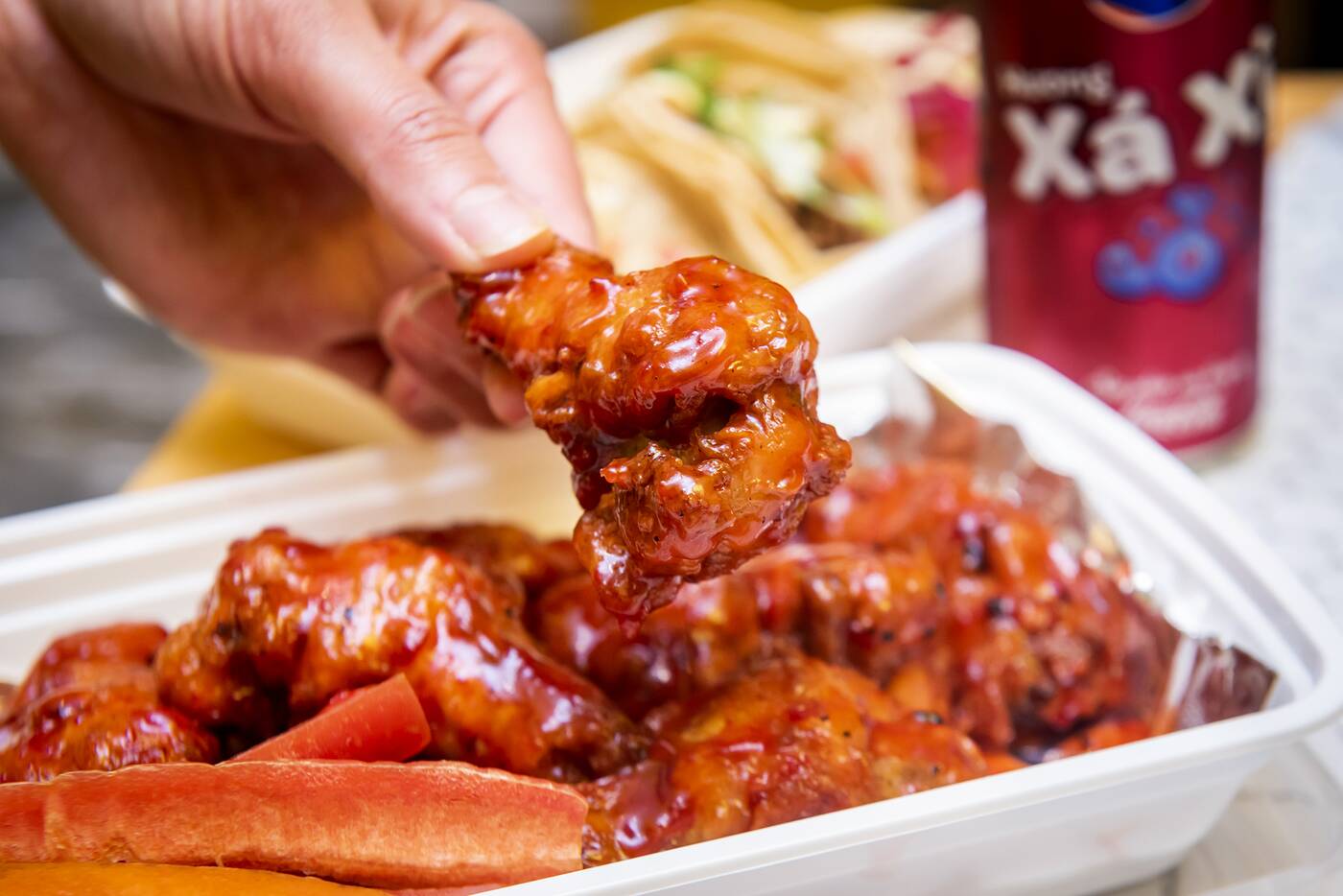 The Cherry Lime sauce for their hottest Chicken Wings ($10) is also housemade. Just know the spice levels are not for the faint of heart. They also have the slightly more mild and cleverly-named, Idris Elba Hot Wings. 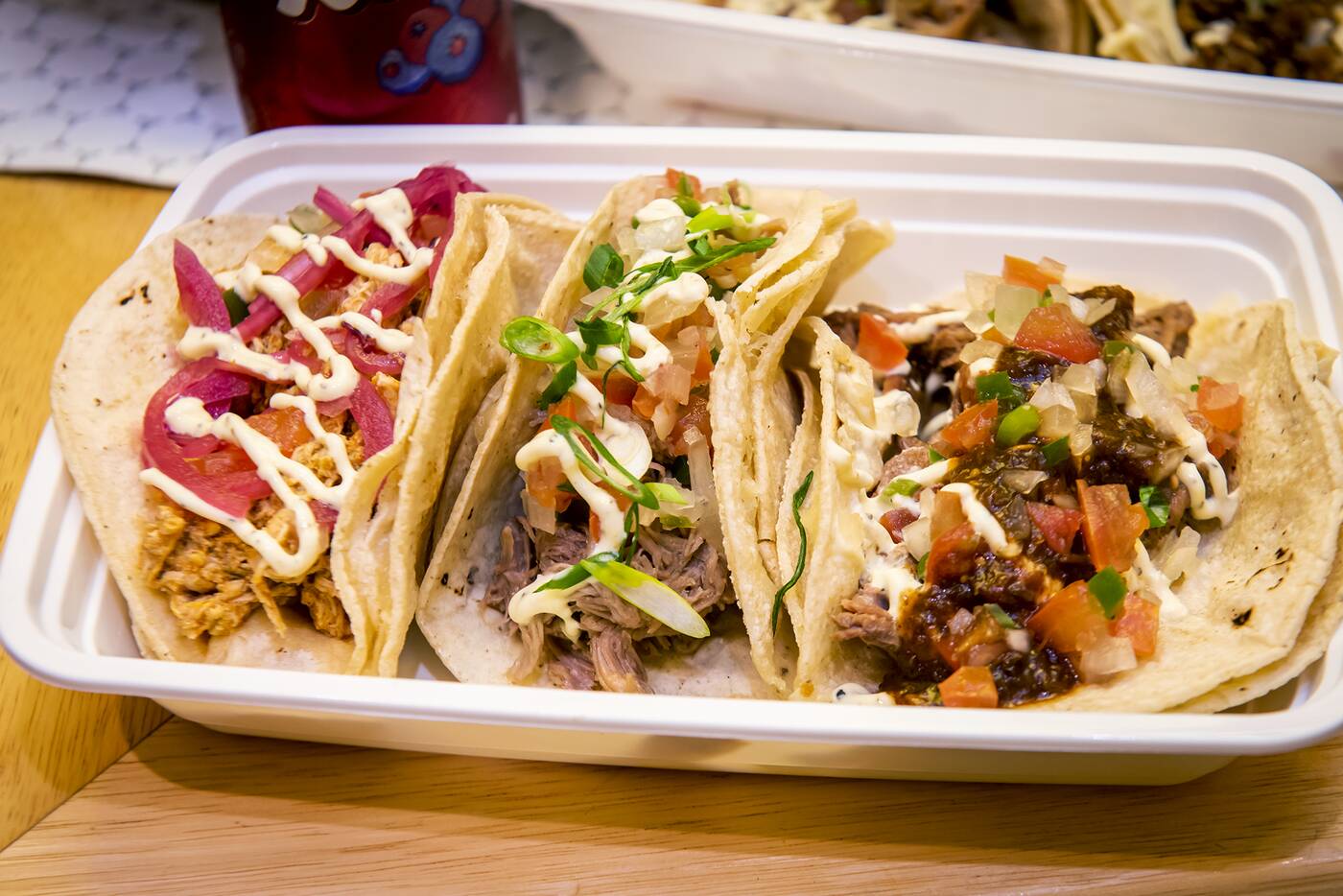 A lot of the dishes are inspired by different corners of the world. Costain visits Mexico once a year and mimics the mom-and-pop shops when it comes to his tacos ($3.75 each and three for $9). 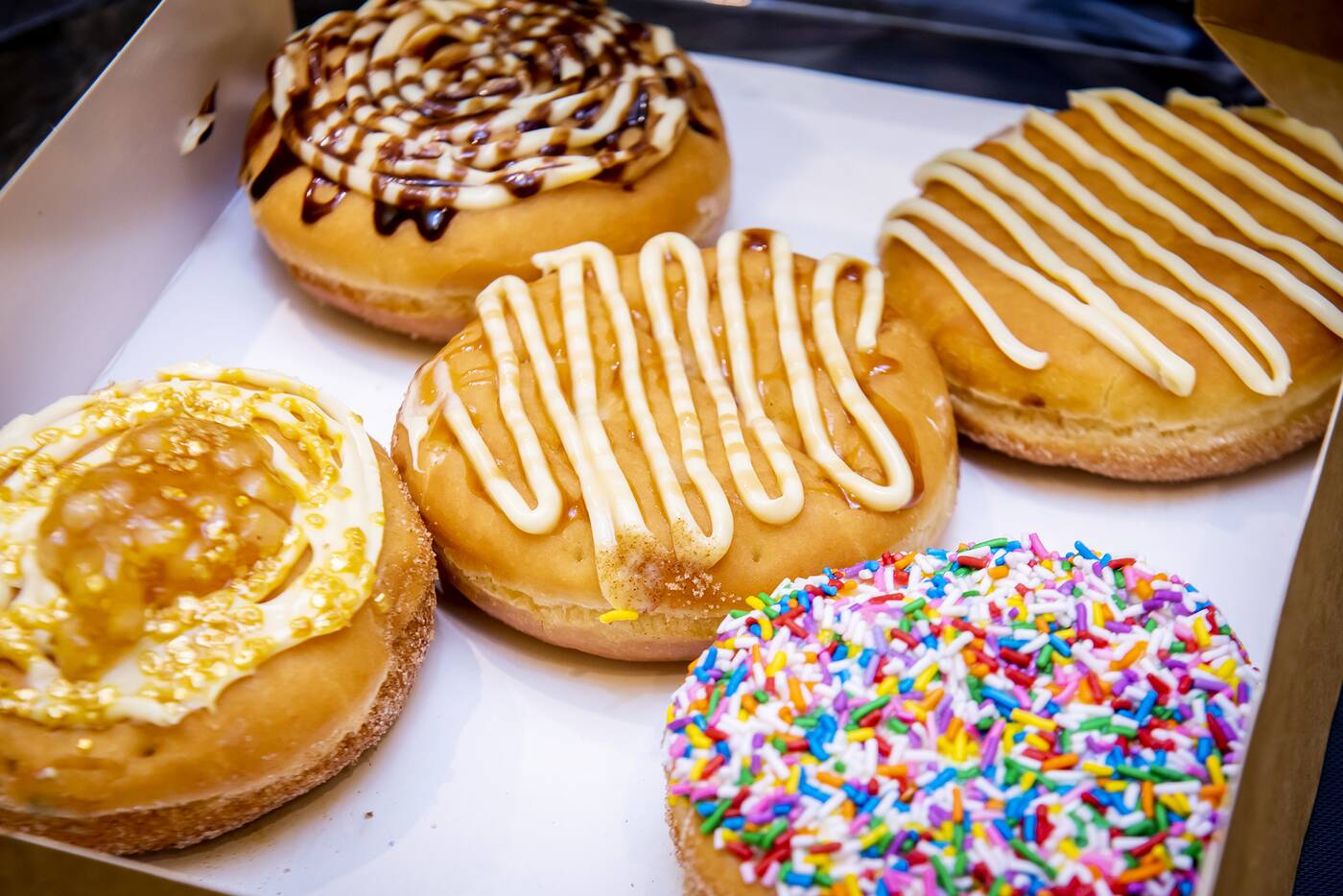 They also do Churro, as well as Baked donuts ($2.50 each and six for $12) which are much less crunchy and come with Bavarian cream drizzled on top and cinnamon sugar on the bottom. There are seven different flavours to choose from.

Dope as Duck does comfort food well and is an especially great option if you're after an affordable spot as most of the menu doesn't exceed $10. 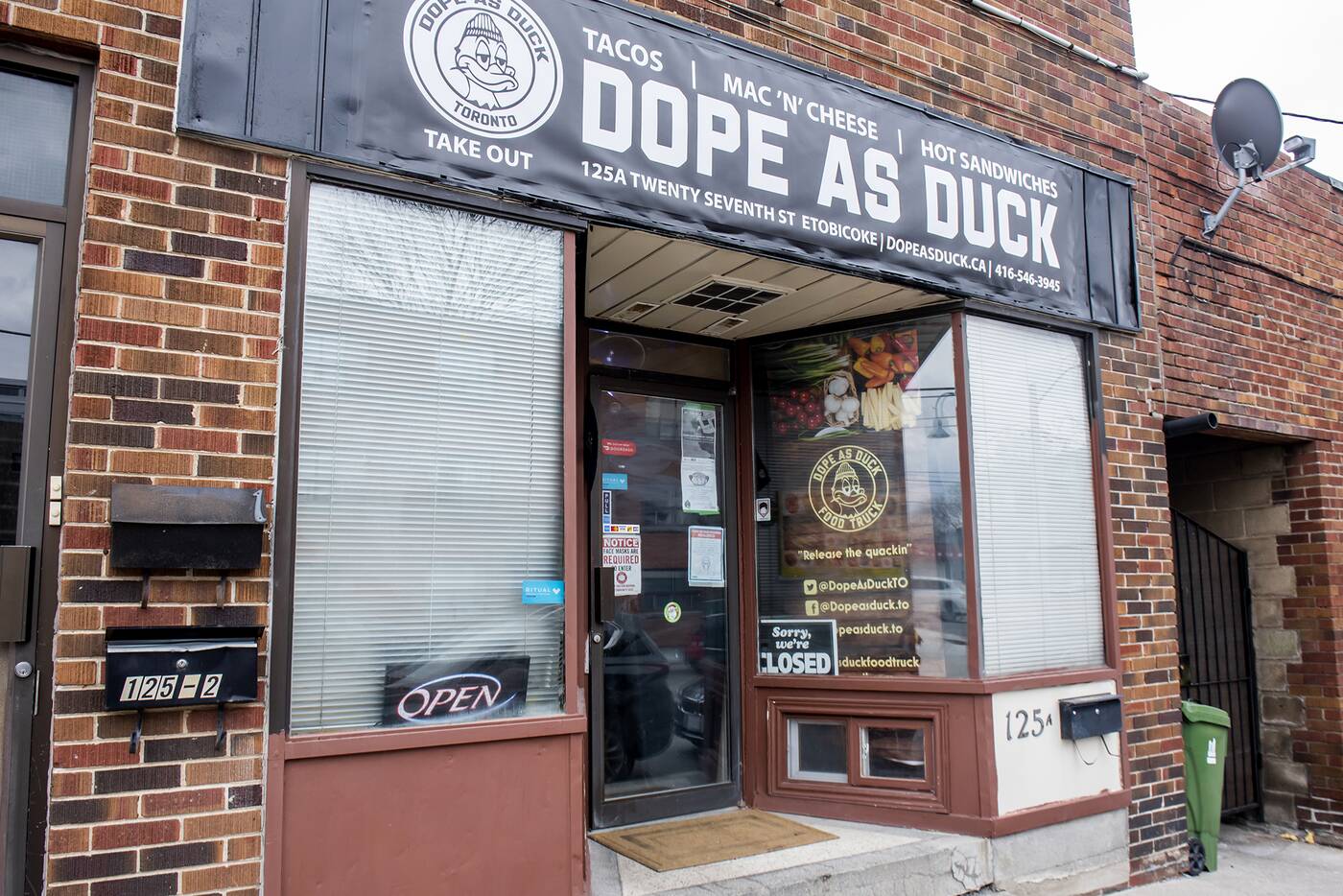