Dreyfus is a French restaurant specializing in homey plates and all-natural wines.  Open only in the evenings, this rustic spot joins a growing number of stylish date night destinations in Harbord Village.

Intimate and low-lit, the narrow space (formerly the Japanese brunch spot J's Apron) is a tight squeeze, which is good if you're trying to get cozy with your dining partner. 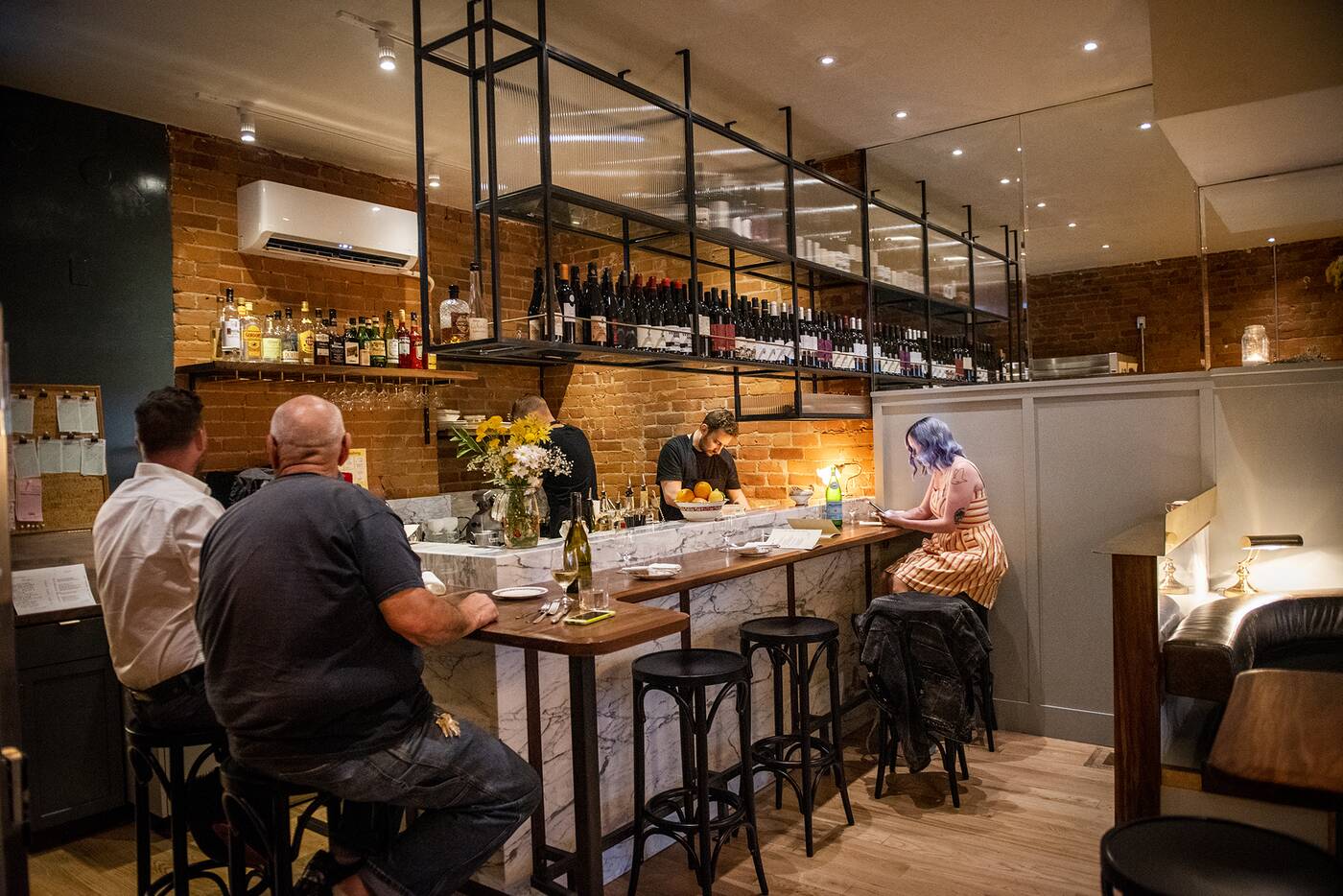 With a capacity of 30, there are a few different seating options for a tête-à-tête along the banquette or barside. 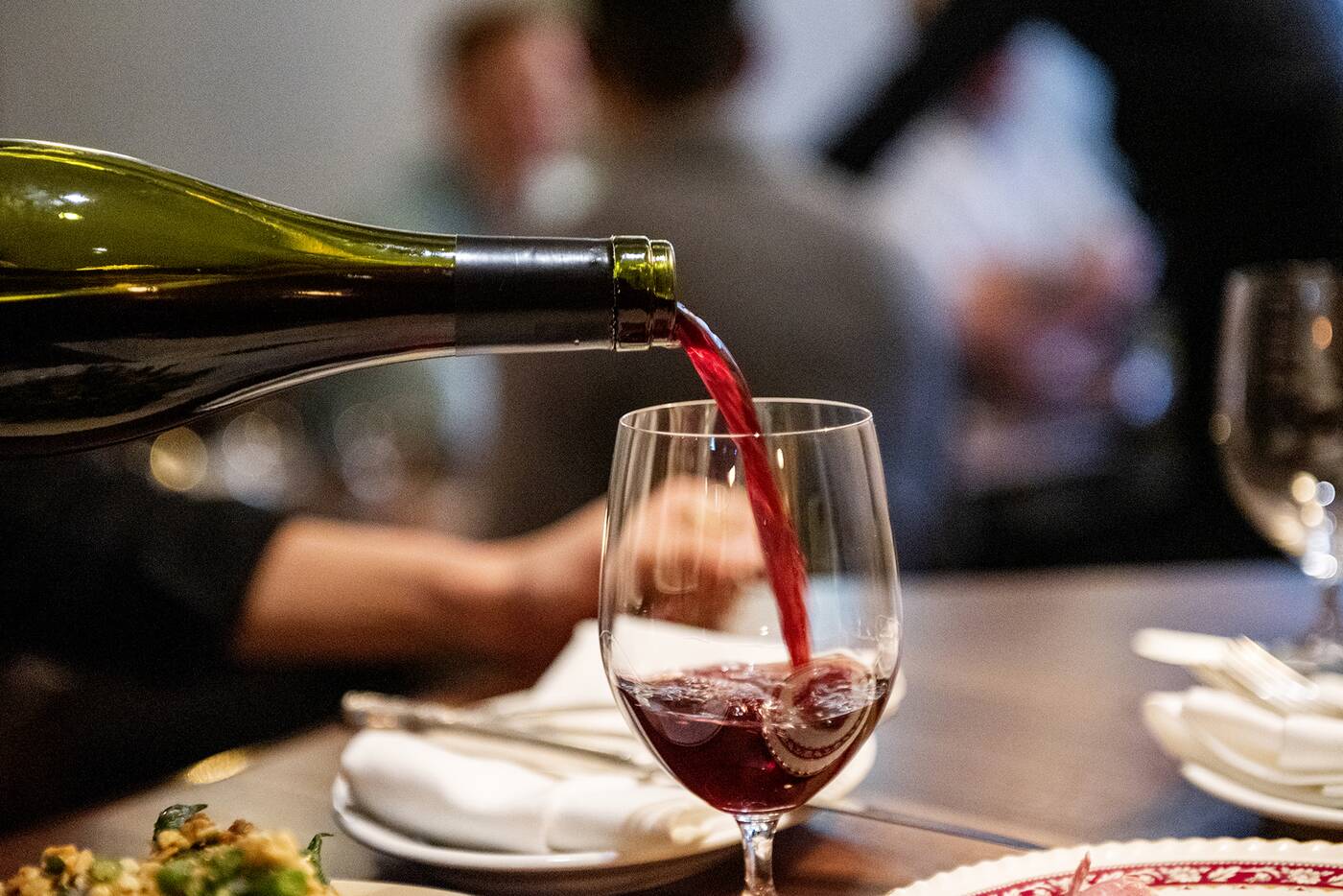 Named after the scandalous anti-semitic Dreyfus affair, the restaurant is explained to me as a mixed bag of intents, meeting somewhere between bringing French food to uncouth Toronto and highlighting the importance of Jewish culture in Quebecois cuisine. 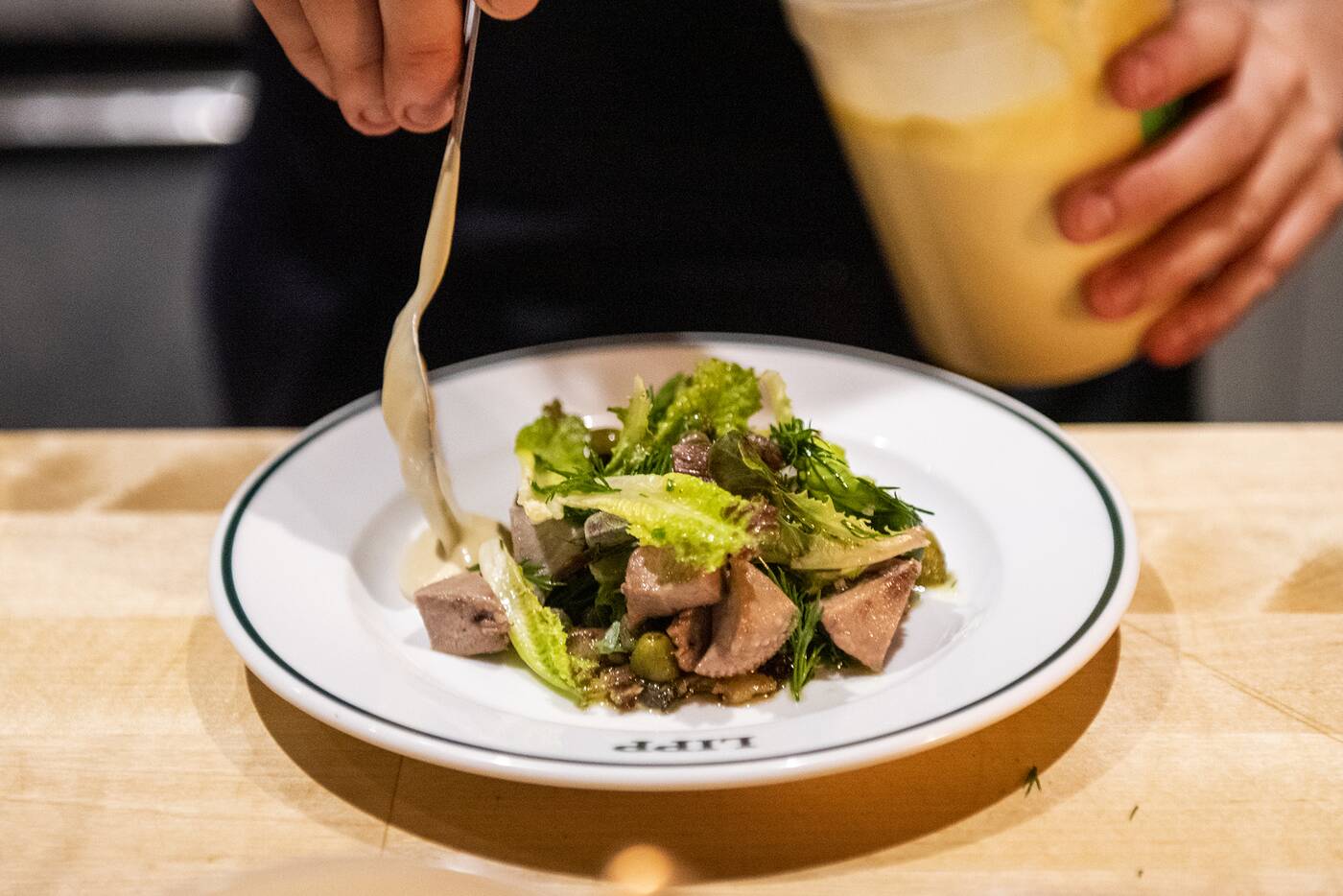 At the risk of over-complicating things (the non-precious approach to French food is nothing new in the city), a better explanation of Dreyfus might just be that it's a simple bistro serving good food. 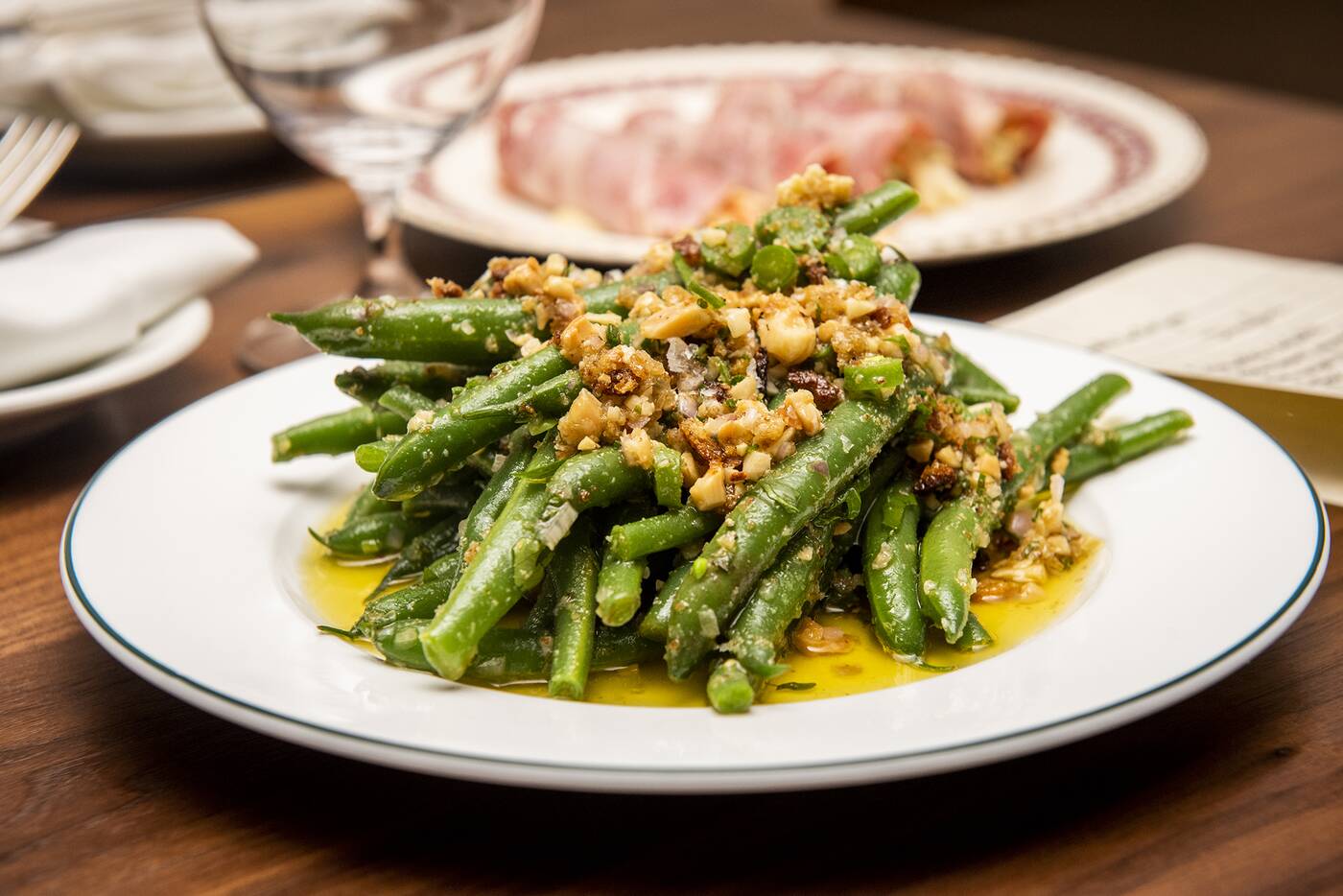 A lean menu of about a dozen rotating French eats includes a green bean almondine ($10), an homage to the blanched beans served in Tel Aviv's Miznon.

It's crushable, for a plate of legumes, and served with bread crumbs, toasted almonds, and vinaigrette. 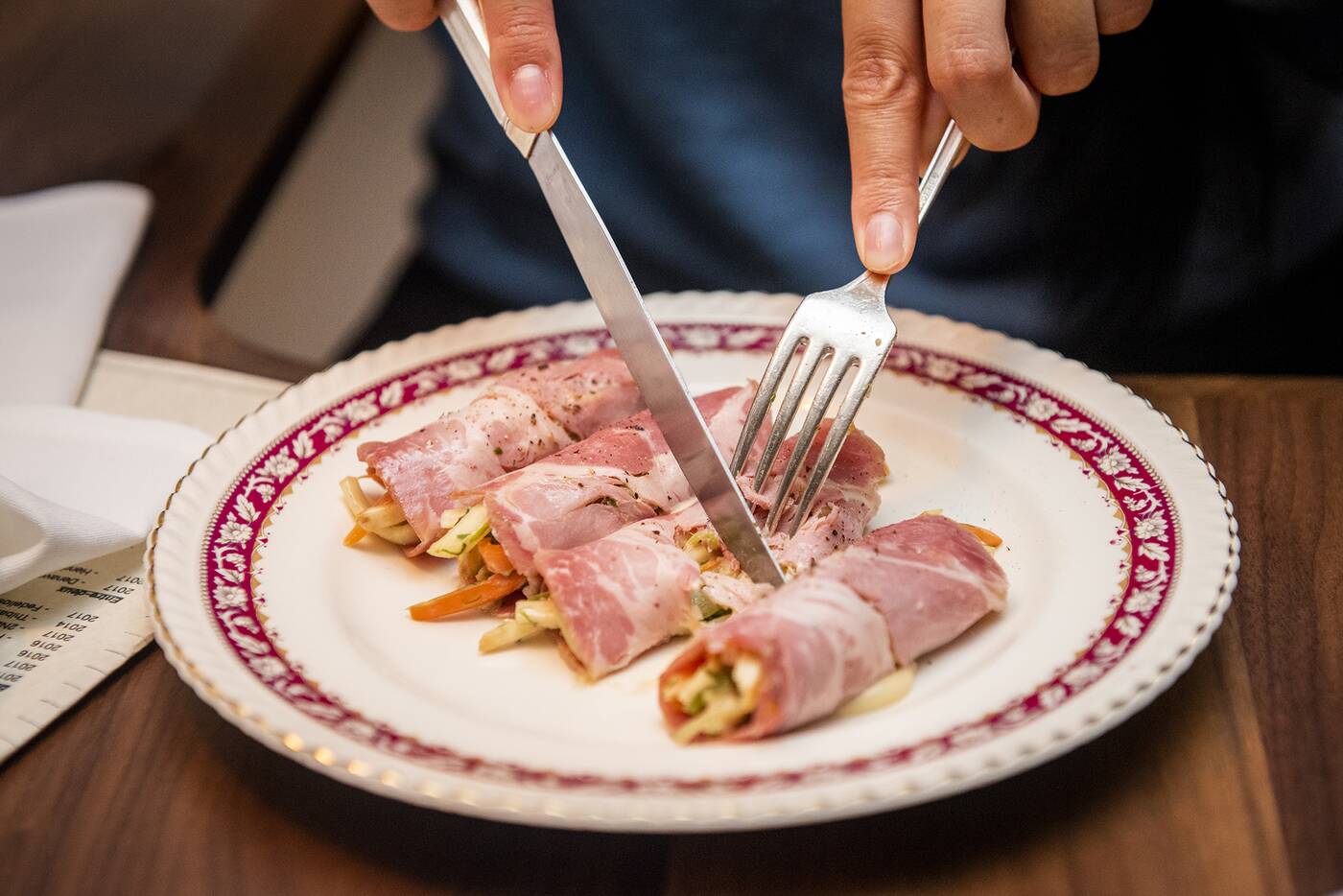 The jambon d'epaule and remoulade ($14) is a plate of brined ham shoulder, wrapped around celery and carrot, with tarragon and brown butter sauce. 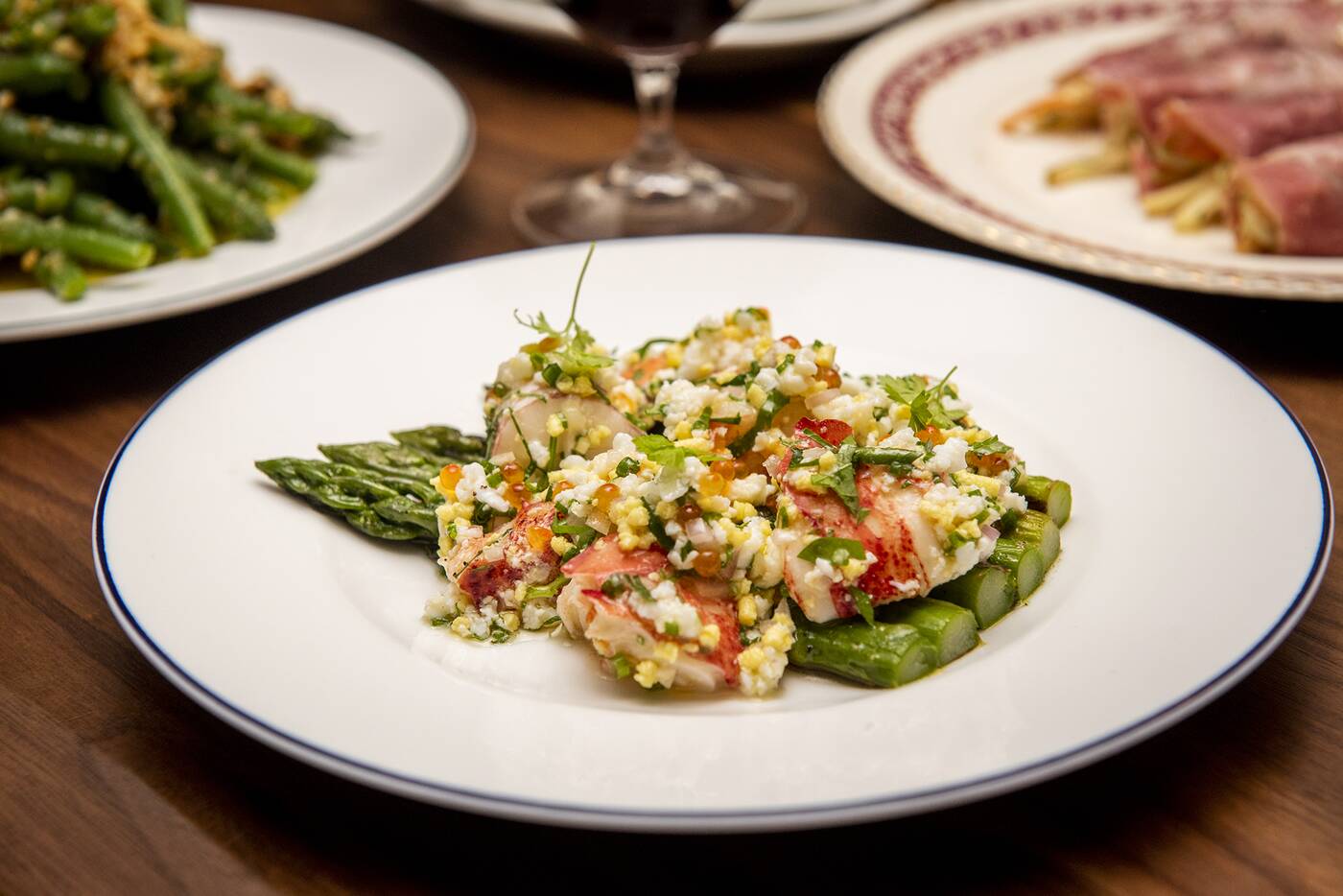 Chopped egg salad comes atop an order of Flemish asparagus ($17). It also comes with salmon roe, and in this instance, chunks of lobster from Quebec. 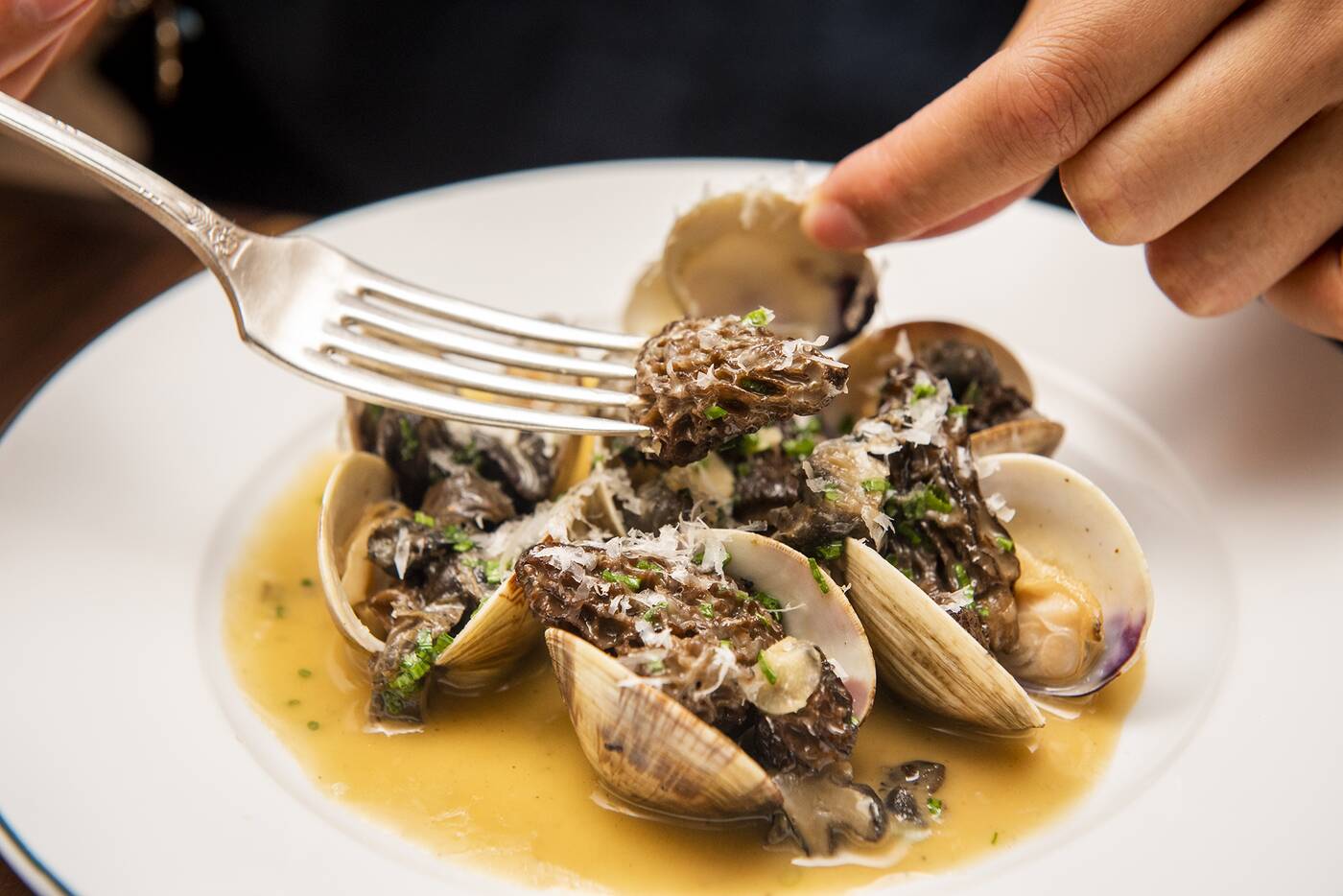 Manila clams from BC ($21) come with escargot, garlic parsley bread crumbs, and parmesan. 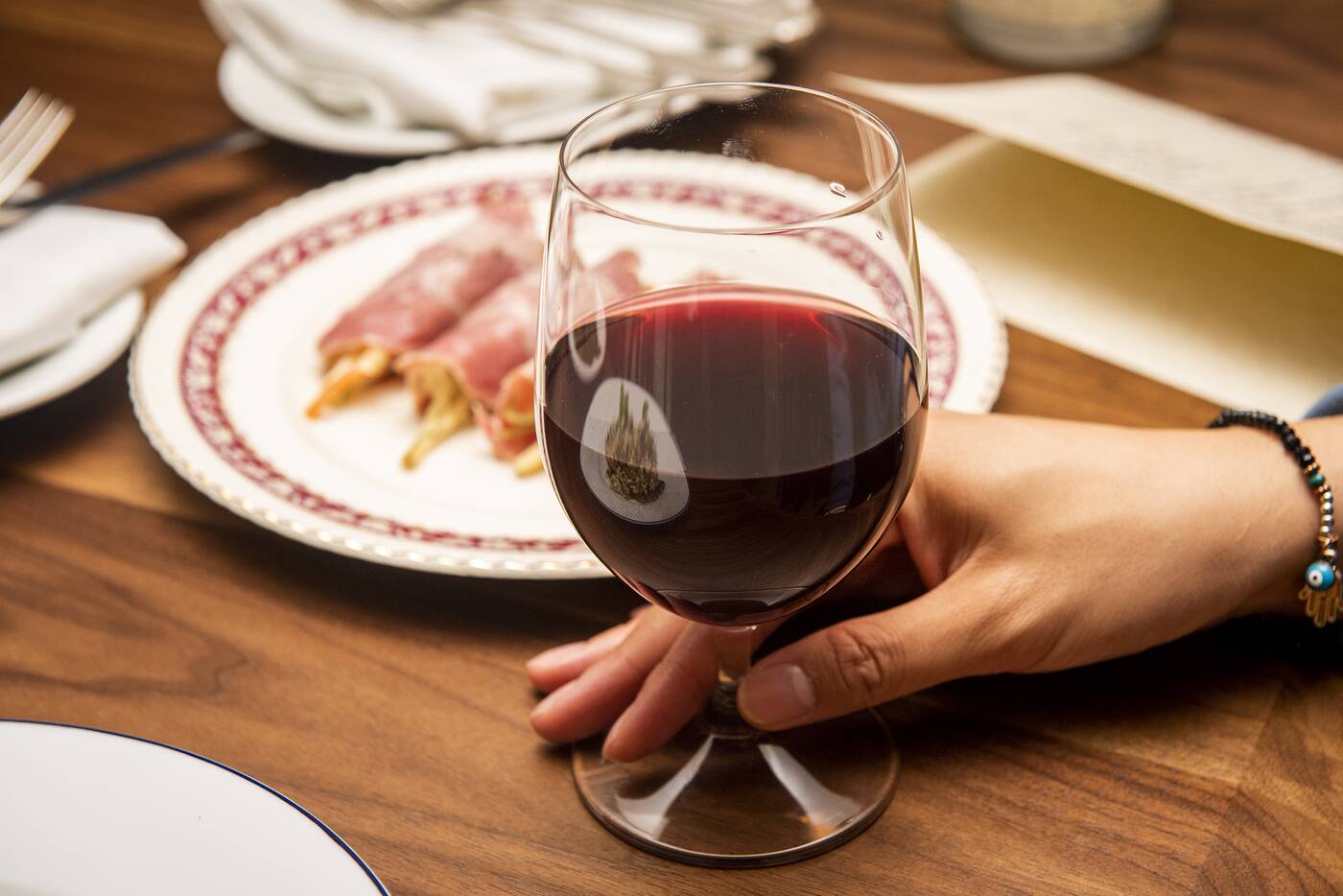 As for wine, the selection here is stacked, with all natural wines from all over the world. French Apparente wine from Pueche Redon is $57 a bottle. 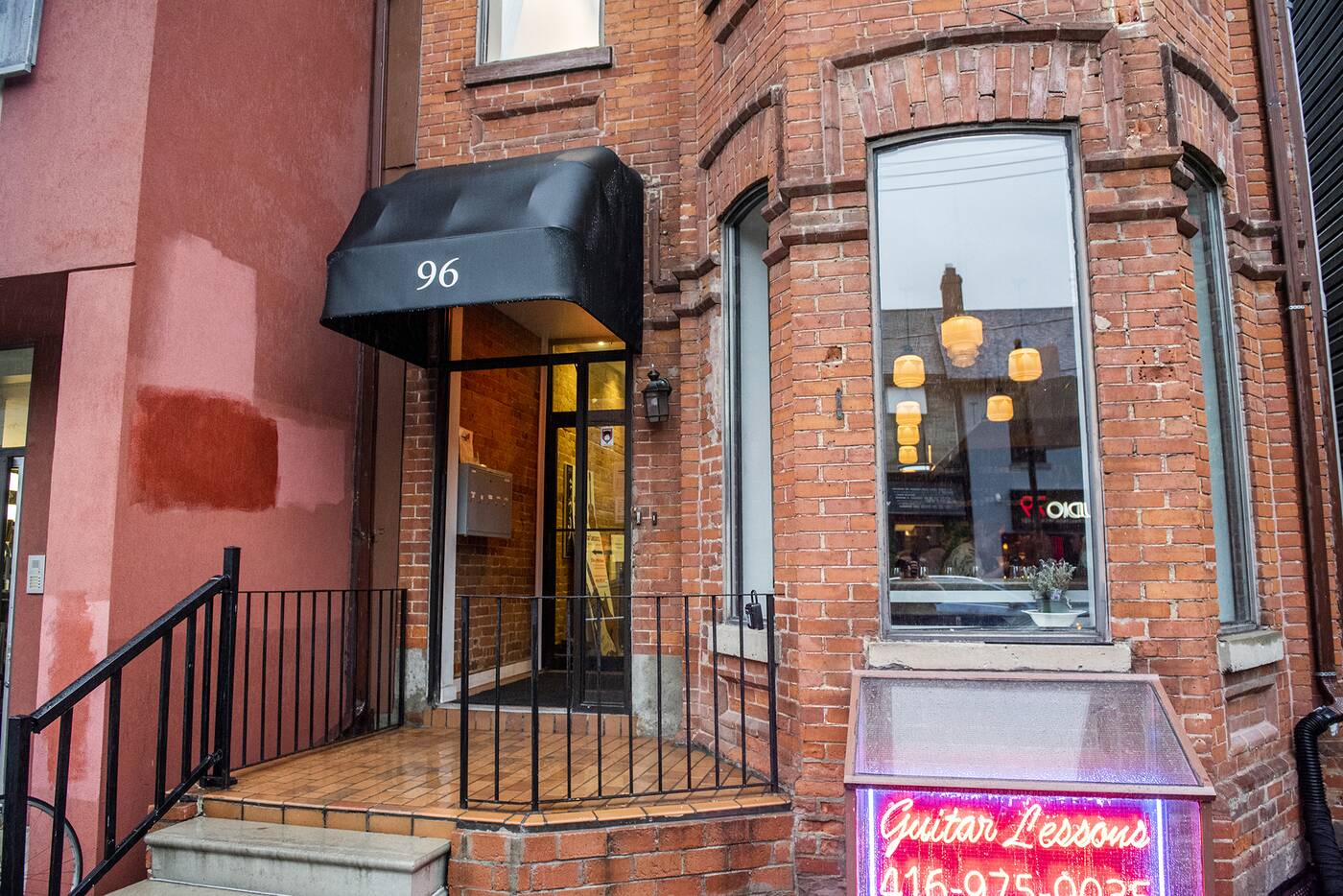