Found on Kensington Ave. near Baldwin St., the place has an urban vibe without feeling too contrived. It's painted in neutral tones, scarcely adorned, and furnished with industrial stools, and reclaimed wood counters. It's very utilitarian - there's no need to worry about ruining anything with your inevitably sticky fingers. 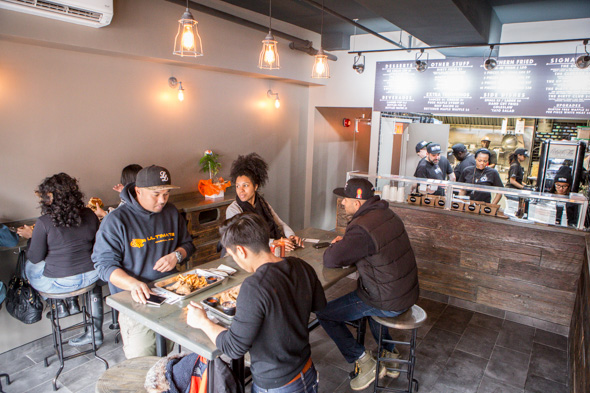 Most of the ingredients are sourced locally. I see Scott run out at one point only to return seconds later with a couple tomatoes from next door. Positioned between Sanagan's and St. Andrew , they've been alternating where they source their chicken from knowing full well that they can get top quality goods from either butcher. 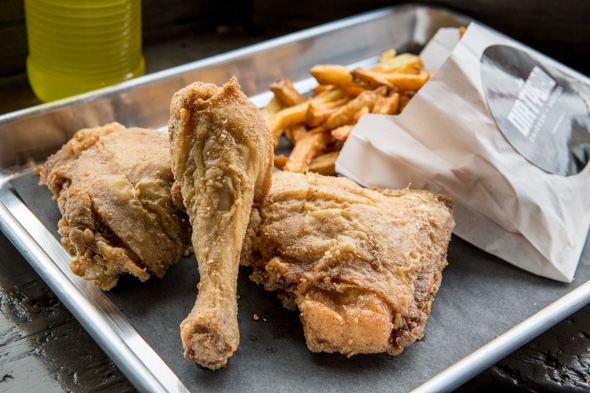 A three piece dinner, featuring bone-in thigh and leg meat will cost you $9 with a choice of a small side. The meat is juicy, and the skin, dredged in rice flour, is crispy and gold as you'd expect. What distinguishes it as NFC (Northern Fried Chicken) is a final coating of maple dust that adds a hint of sweetness to this salty treat. 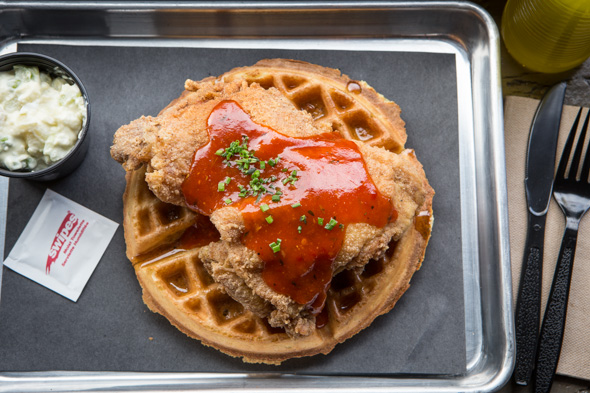 The ODB ($15) sees boneless dark meat piled on top of a maple buttered waffle and dressed in the sweet and tangy sauce. This is what to order when you want to use utensils, being boneless makes it easy to load forkfuls with both chicken and waffle to be enjoyed in unison.

The Clucker ($12) is similar, but rather than boneless chicken, this waffle comes crowned with a mountain of dry rubbed wings. A choice of vinegary slaw or creamy potato salad is included. 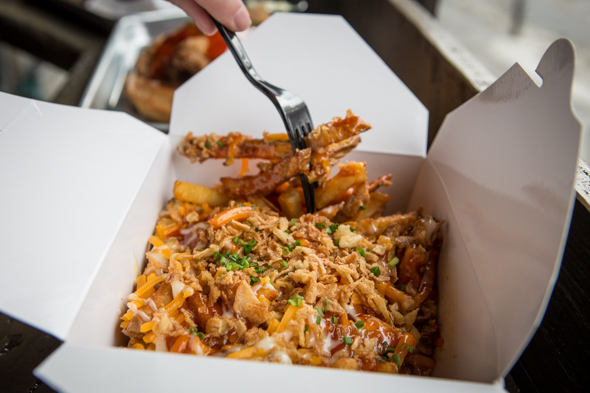 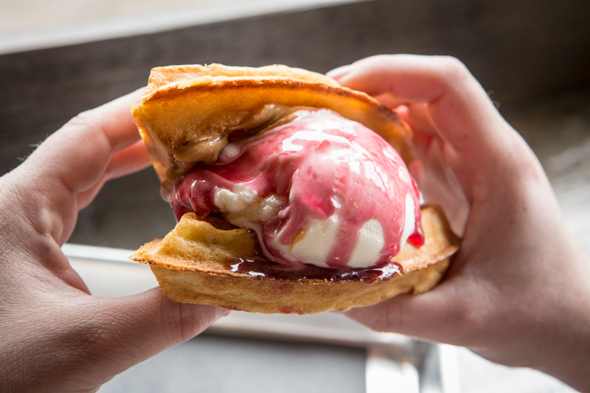 Waffle ice cream sandwiches ($6) are another way to enjoy the light and fluffy waffles. The PB&G is slathered with peanut butter then loaded with a scoop of Ed's Real Scoop sweet cream ice cream and doused with grape jelly. Another version features a custom-made sweet potato ice cream topped with candied pecans. 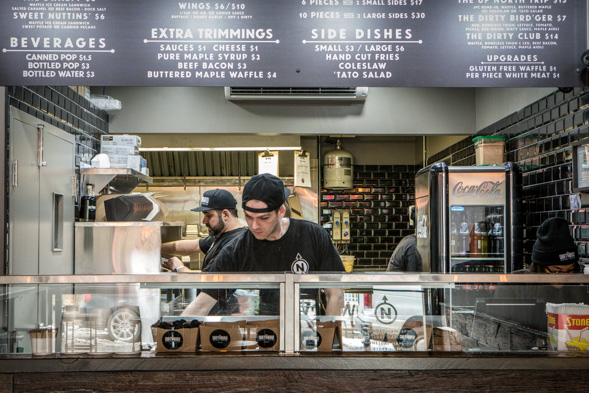 Everything I tried was delicious, but all the sweet components seem to compound with every bite... I could use something spicy somewhere in the mix to edge me on. 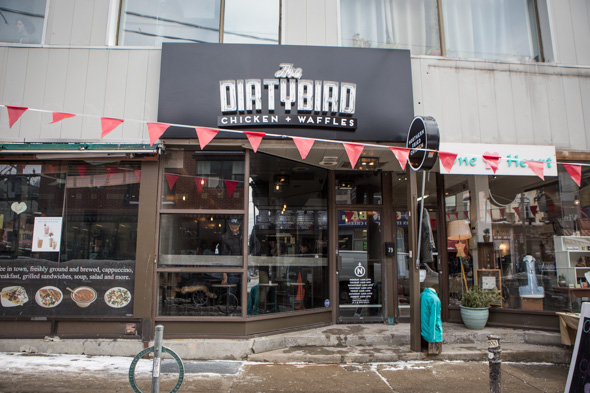