It's safe to say that grocery stores are outside the scope of my usual writing, but I couldn't resist after T&T Supermarket finally opened its new downtown store. After all, this isn't just the latest offspring of Loblaws or Dominion. T&T is the undisputed king of the Asian supermarket world! All of the dingy stores in Chinatown bow down to its shiny, antiseptic aisles and professional service. This is a Bizzaro World where the entire selection of Chinatown (and then some) can be found in 41,000 square-foot supermarket format.

First things first: how the heck can I get to 222 Cherry Street? The location of the new T&T only suits people with cars. Though there is a dedicated bike lane that crosses into the Portlands, the routes are only suitable for those living along the waterfront, the south-east core, and immediately east of the Don Valley. Everyone else can bike to Chinatown much quicker and with less hassle. The same goes for Transit: there are only 2 buses that reach the Portlands, 72A and 172, but they are so infrequent that it's hardly worth mentioning. Alas, like its brethren on the outskirts of Toronto proper, downtown's T&T is an automobiles-only affair where the distance from your parking spot to the front door is a yardstick for success. 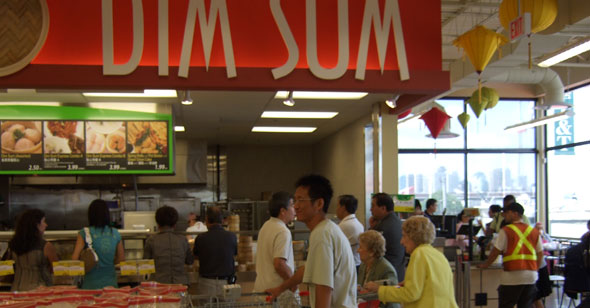 Hitching a ride there, we're pretty hungry and it's just past noon. The parking lot is half-full, a sight I'm not used to seeing in other T&T parking lots around the city (then again, this is the middle of the day just 2 days after its grand opening). We grab dim sum specials A and B ($3.99 each), and hit the patio with siu mai, lotus leaf rice, congee and green tea. My pops actually liked the food, and he's fairly picky when it comes to his native cuisine so they must be doing something right! 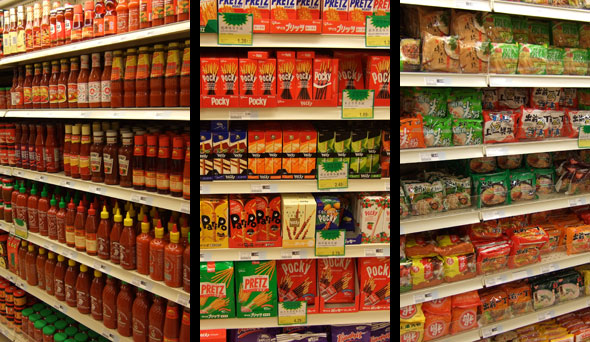 Inside, the store is very much like its predecessors in the GTA. The shelves are neatly stocked with glisteningly-clean jars and packages. The colour palette of Asian foodstuffs really comes out when everything is put side-by-side. There are more types of hot sauce, Pocky, and instant noodles than you can shake a stick at... and those are just the staples. Anyone who's serious about Asian cuisine will find what they need at T&T without wandering up and down Chinatown.

If only there was worthwhile way to get there by bike or bus, I'd be making runs there for sure. With Chinatown just a few minutes away by bike, I can't justify hauling ass down to the Portlands for a box of Men's Pocky. As it stands, T&T will remain a novelty experience whenever I have access to a ride. 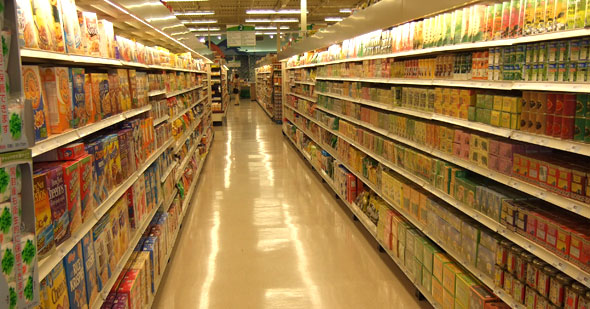