Once upon a time, back in 2013, the notoriously gentrification-averse Toronto community of Kensington Market was furious to learn that Loblaws was planning to open a big box grocery store in their backyard.

Located at the base of a new condo building geared toward well-to-do students at College and Spadina, that supermarket turned out to be not an actual Loblaws, but an "Independent City Market" owned by Loblaw Companies Limited.

It opened, despite much opposition, atop the former site of a razed Zen Buddhist Temple in 2016. 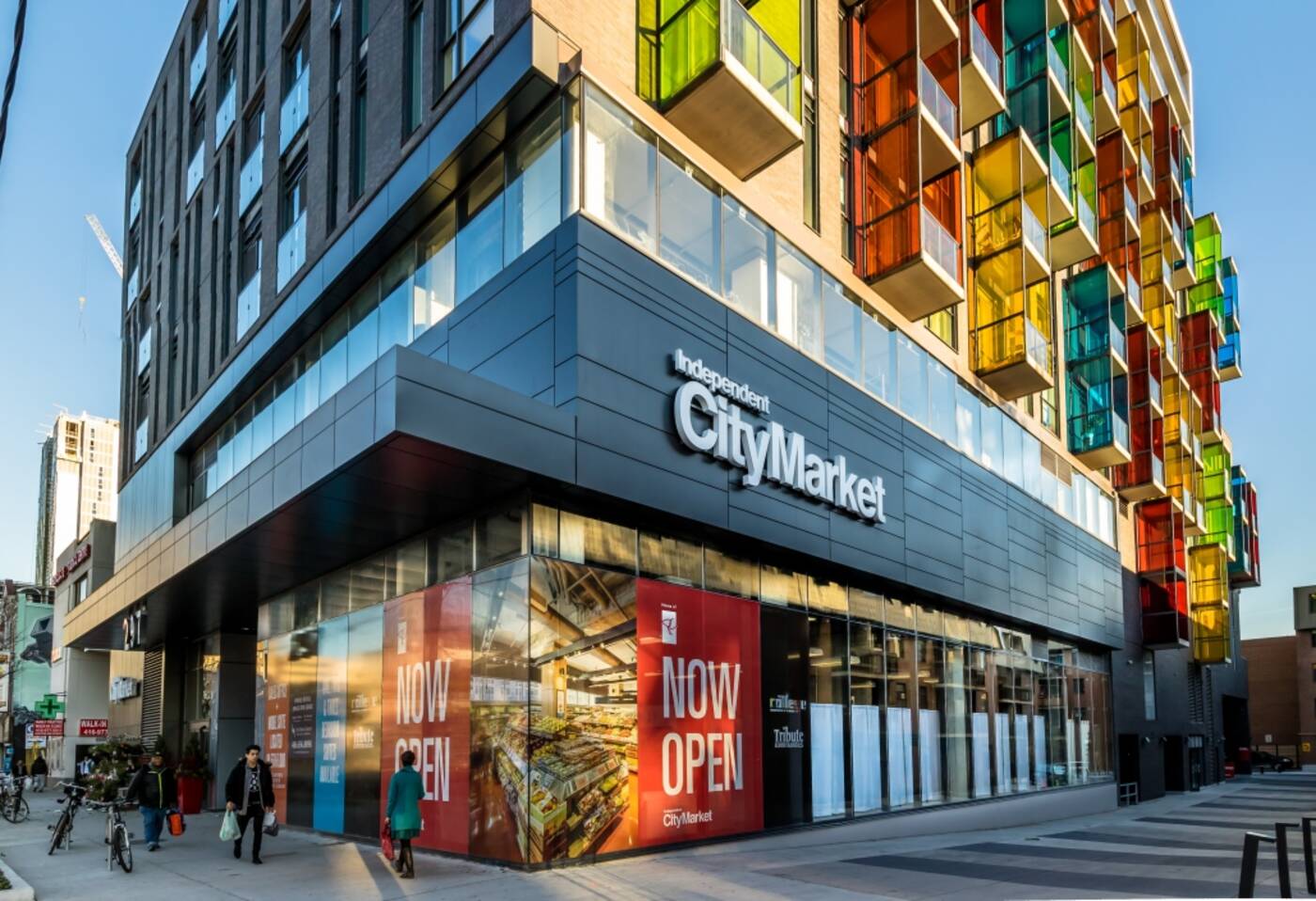 The gleaming new Loblaw-owned supermarket when it opened in 2016, just steps from the entrance to the fiercely independent Kensington Market neighbourhood. Image via Core Architects Inc.

Whether it's because people weren't feeling the store or, perhaps more likely, because Kensington Market contains a wealth of its own incredibly fresh and low-priced food markets, it closed for good last weekend.

"We made the difficult decision to close the City Market at College and Spadina, as the store had been underperforming for a number of years," said a PR rep for Loblaw when asked about the closure. 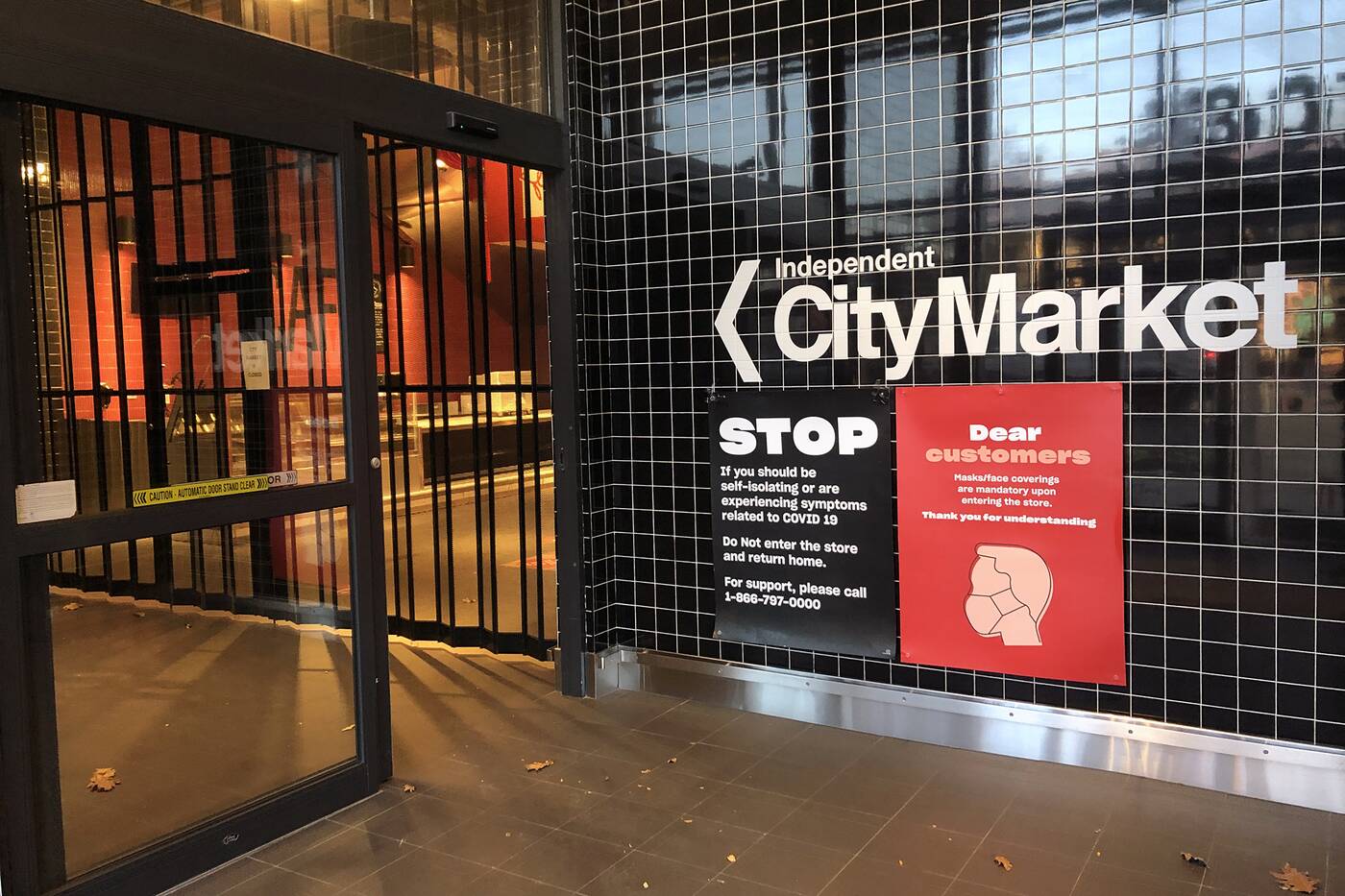 The entry vestibule to the former market is littered with leaves and completely empty. Photo by Lauren O'Neil.

Multiple local residents, including one who lives in the building above the store in question, have told blogTO that the location is being transformed into a T&T Supermarket (which is also owned by Loblaw.)

This would make sense, given that the popular Asian grocery store chain was forced to close its only downtown Toronto location for a major waterfront infrastructure project earlier this year.

Unfortunately, Loblaw's public relations department was unable to confirm the rumours, nor were the Kensington Market BIA or the nearby Toronto Chinatown BIA. 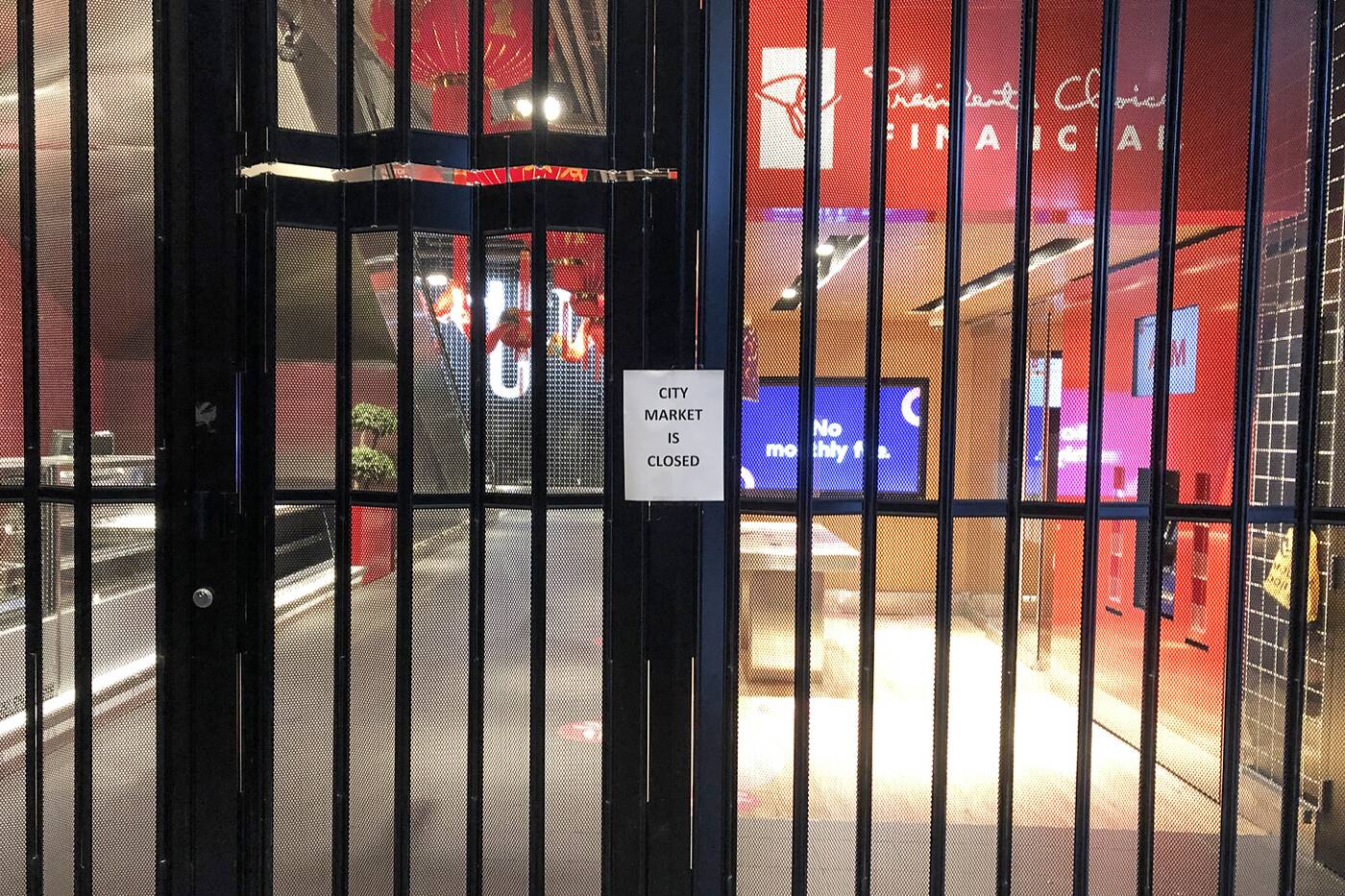 Not much appears to have changed inside the store so far, save for the removal of food items. Photo by Lauren O'Neil.

All we know for certain is that there's no more College and Spadina Independent City Market (which, for the record, was actually a pretty decent downtown grocery store.)

"We have no additional information to share at this time."