Things to do in Toronto in winter are enough to entice those who believe it's the season to stay indoors to think otherwise. With skate parties, light festivals, highly anticipated events, activities and tons more, there are plenty of reasons to bundle up and explore the city.

Skate Under the Gardiner Expressway

A new skate trail called the Bentway is opening up under the Gardiner that will connect 7 neighbourhoods together. Don't miss the official opening January 6 with food, DJs and entertainment. There will also be free skate parties every Friday night.

Get lost in the Infinity Mirrors

Toronto is already in love with Yayoi Kusama’s Infinity Mirror Exhibit, and the buzz will only get louder once it opens at the AGO on March 3.

Celebrate your love of the Blue Jays

Winterfest on January 20 is a brand new, one day event giving fans access to the Jays like never before, with player appearances, guest speakers, Sportsnet personalities and more. 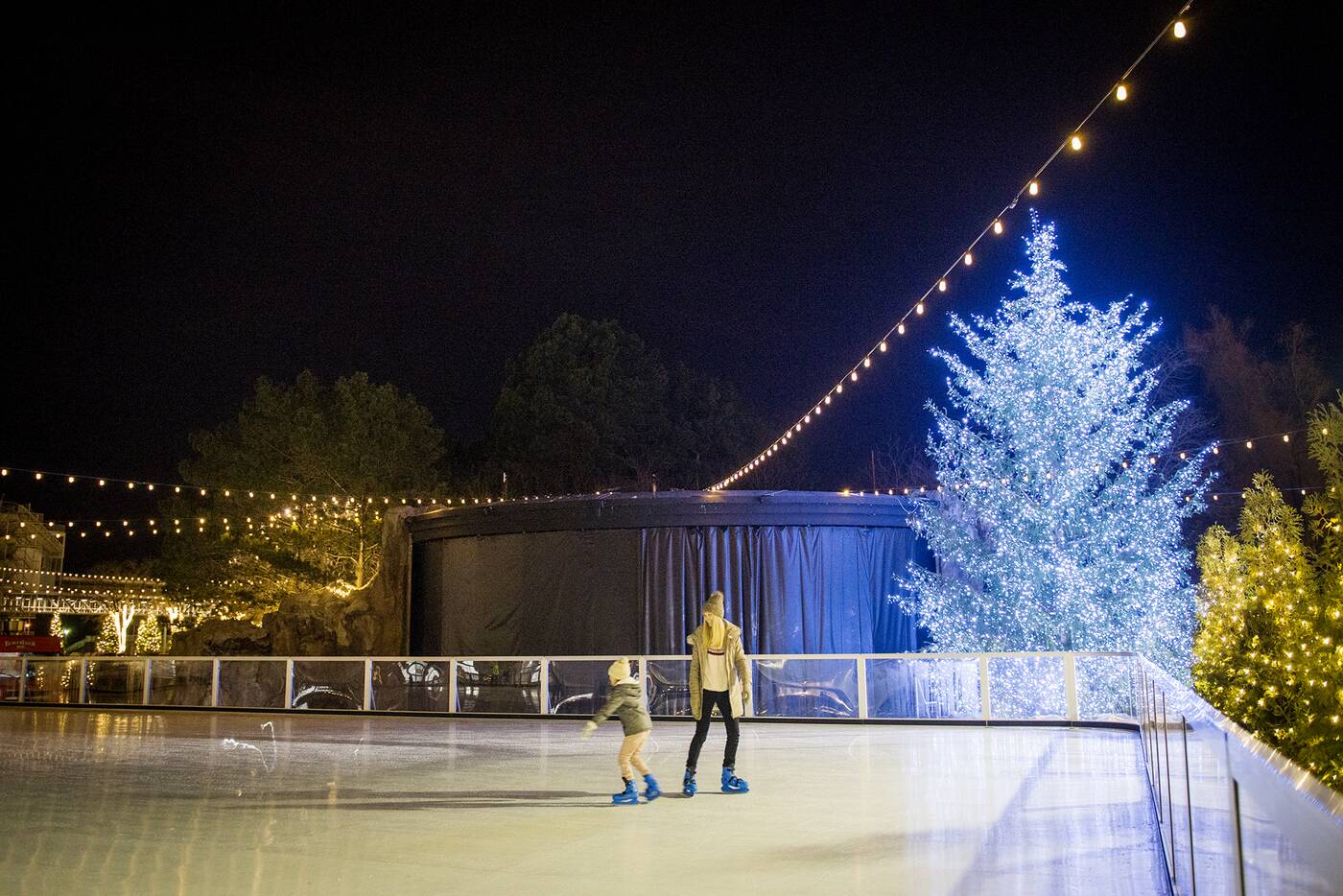 This new skating rink is only one reason to visit Ontario Place this winter. Photo by Hector Vasquez.

Free skate nights at the Harbourfront Centre happen every Saturday up until Feb 17, and each one features DJs spinning music all night.

Nearly every neighbourhood you can think of has a solid park or hill where you can relive your childhood through tobogganing or tubing.

You’d be surprised at how many options for cross country skiing there are close to the city. The Toronto Islands, Albion Falls, heck, even High Park gives skiing the green light.

Bust out your snowboard or skiis

There’s a fair share of ski hills near Toronto for you to cruise down, but there’s even Axis’ indoor ski and snowboard park for practicing if you can’t get out of the city.

From High Park to East York, Toronto is home to a number of curling clubs that’ll let you indulge in the most Canadian pastime ever.

Go for a skate

Skating seems to be Toronto’s favourite winter activity, and fortunately there are plenty of magical skate trails to explore throughout the city along with a long list of public skating rinks. Some rinks are even open late into the night.

Snowshoe with a view

While there are plenty of places to snowshoe in the city, for the best views you'll want to head just a bit outside and take a gander from this suspension bridge. 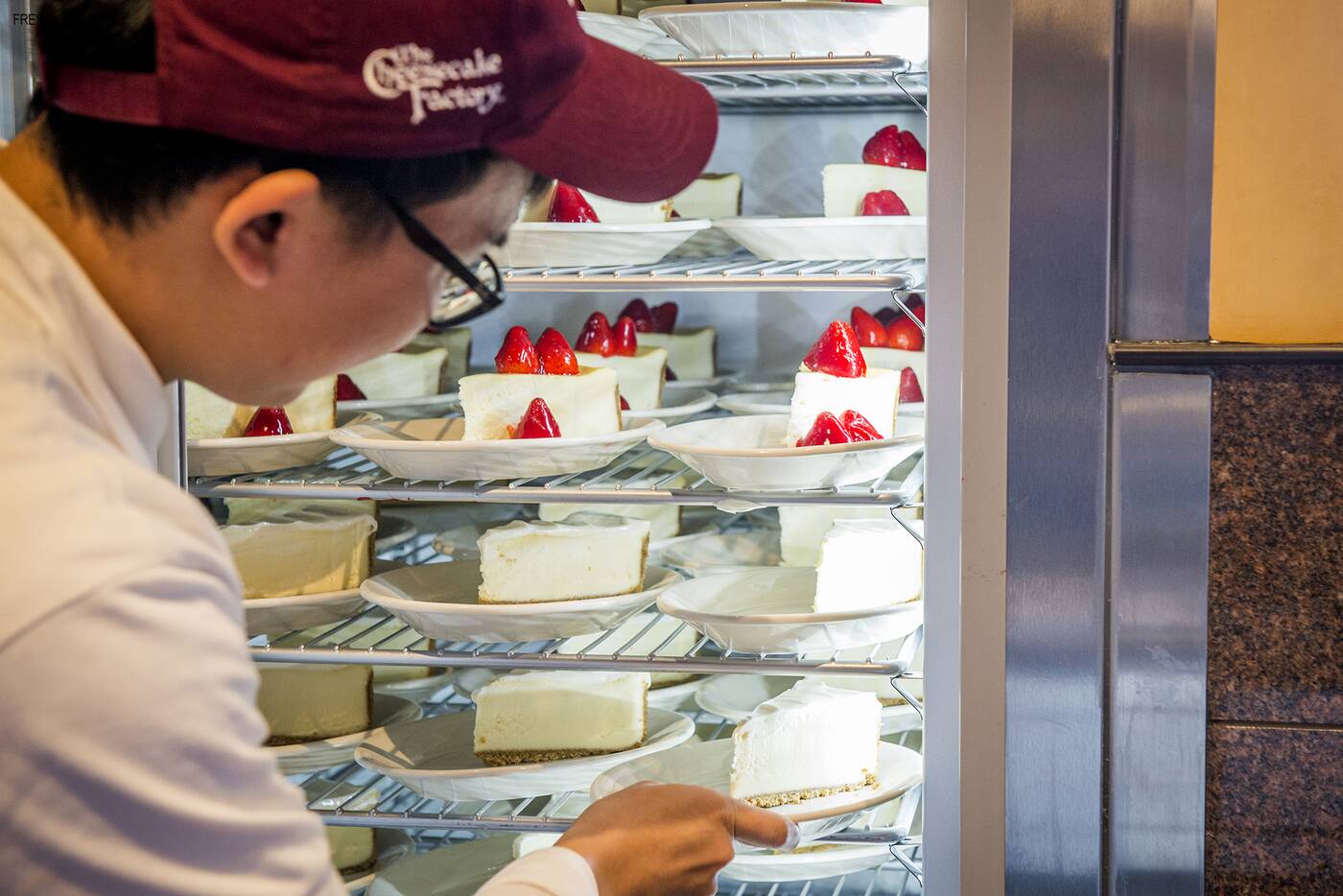 Everyone is lining up for a slice at Toronto's new Cheesecake Factory. Photo by Hector Vasquez.

Yorkdale seriously upped its game this year in the sweets department with the introduction of both the Cheesecake Factory and Laduree. If you can endure the lines, your taste buds will thank you.

There’s never a shortage of new watering holes for you and your friends to try out, but this winter in particular there’s a bunch of new bars to keep on your radar as well as those that do cocktails right.

Warm up with the city’s best hot chocolate

Winter is undeniably hot chocolate season, so get that steamy, creamy, and chocolately fix from favourites like Sweet Jesus, SOMA, and MoRoCo Chocolat.

Indulge your taste buds at Winterlicious

Taste the finest teas in the world

On February 2 prepare to taste some of the finest teas in the world as you meet and share the experience with fellow tea lovers at the Toronto Tea Festival. 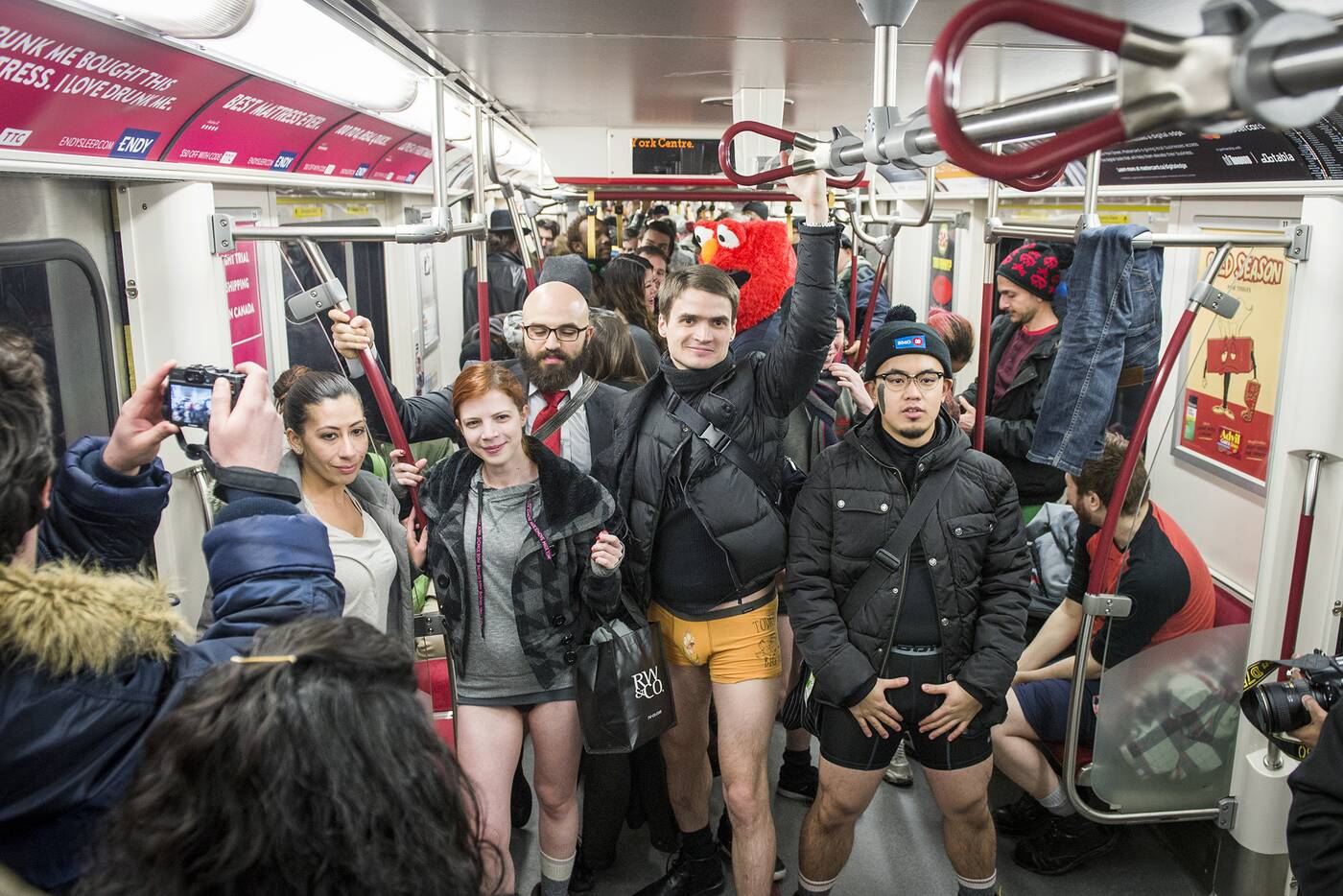 Dance at the Solaris Music Festival

Starting on Boxing Day, the Drake Underground hosts the What’s In The Box mini-music fest, with each night’s tickets costing only five bucks from December 26-30.

This music and arts celebration hits Toronto for one night each month throughout the winter and is always a great time. The first Long Winter of 2018 happens on January 5th.

Ride the subway without any pants on

The 17th annual No Pants Subway Ride happens in cities across the globe on January 7, encouraging you to, no surprise here, ride the subway with no pants on. We can't stress this enough, but please don't do this on any other day.

Soundtrack of the City and Wavelength Winter Festival are two indie music festivals that are sure to introduce you to your next favourite Toronto band, happening January 18 and February 16, respectively.

See what's new in the world of design

A number of architecture and design focused events hit Toronto this winter, like the TO DO Festival starting January 15, which brings over 100 events to the city, IDS starting January 18 and Come Up To My Room, an alternative design gallery hosted at the Gladstone happening January 18-21.

Check out giant art by the water

From January 19 to February 25, Ice Breakers turns the waterfront into a stretching art exhibit. 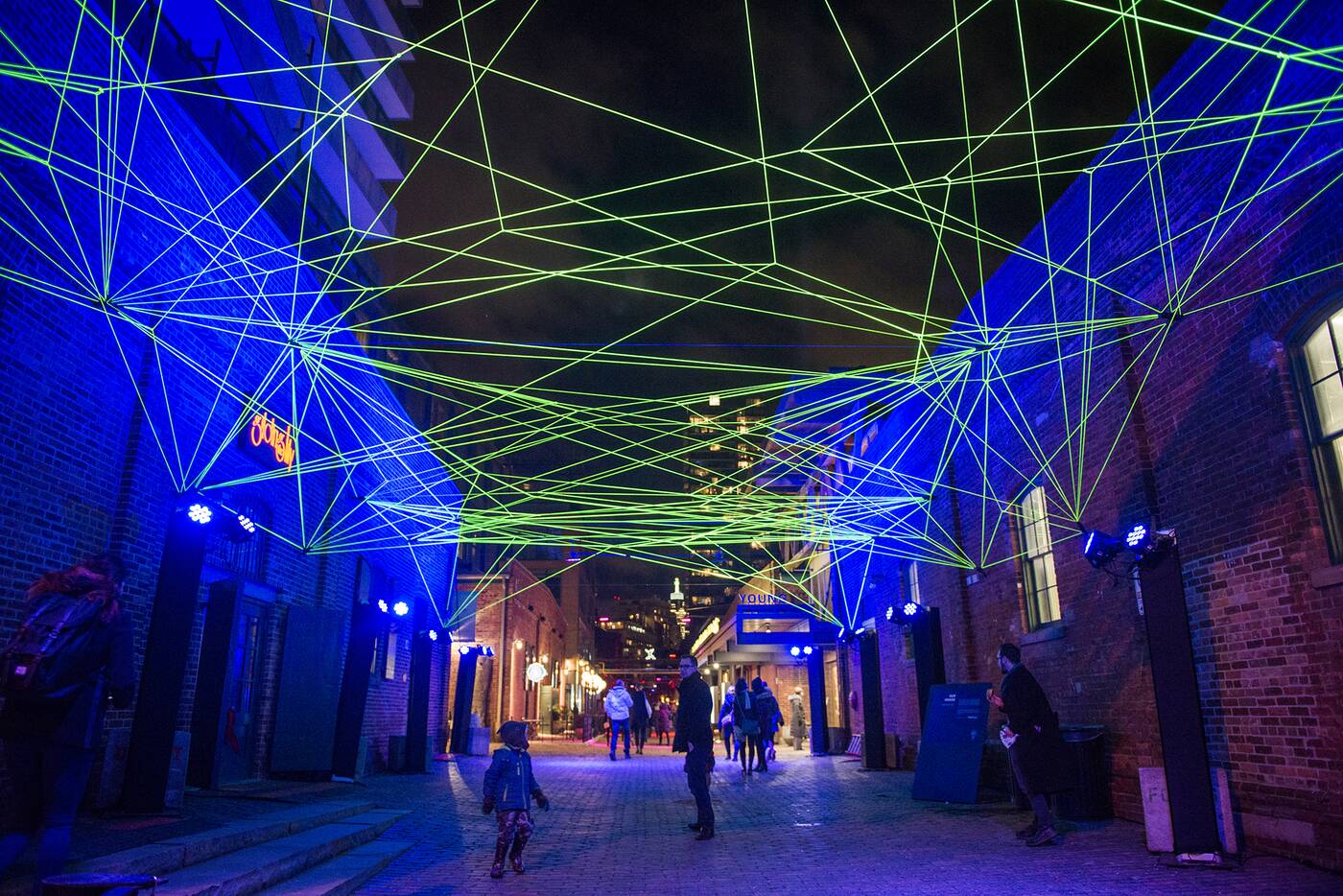 The Toronto Light Festival is coming back to the Distillery District for its second iteration. Photo by Hector Vasquez.

Miss the dazzling lights of the Christmas Market already? The Toronto Light Festival is back starting January 19 to remedy that, transforming the Distillery District back into a magical exhibit of light and art.

Join in on the Women’s March

On January 20th thousands of women and allies will unite outside Nathan Phillips Square to march in the name of women everywhere.

Up your fashion game with Fashion Week

The latest instalment of Toronto Fashion Week lands on February 5-7, and includes a newly added speaker series in addition to the annual runway affairs.

...and jazz! The Winterfolk Blues and Roots Festival returns February 16-18, transforming the Danforth into a mecca for blues, rock, jazz, and country music.

The Canadian International Auto Show will let you look at shiny new things starting February 16. Then, The Toronto Motorcycle Show rolls into town on February 16, with the Toronto International Bike Show following on March 2. But before all that, there’s even a boat show going down on January 12. 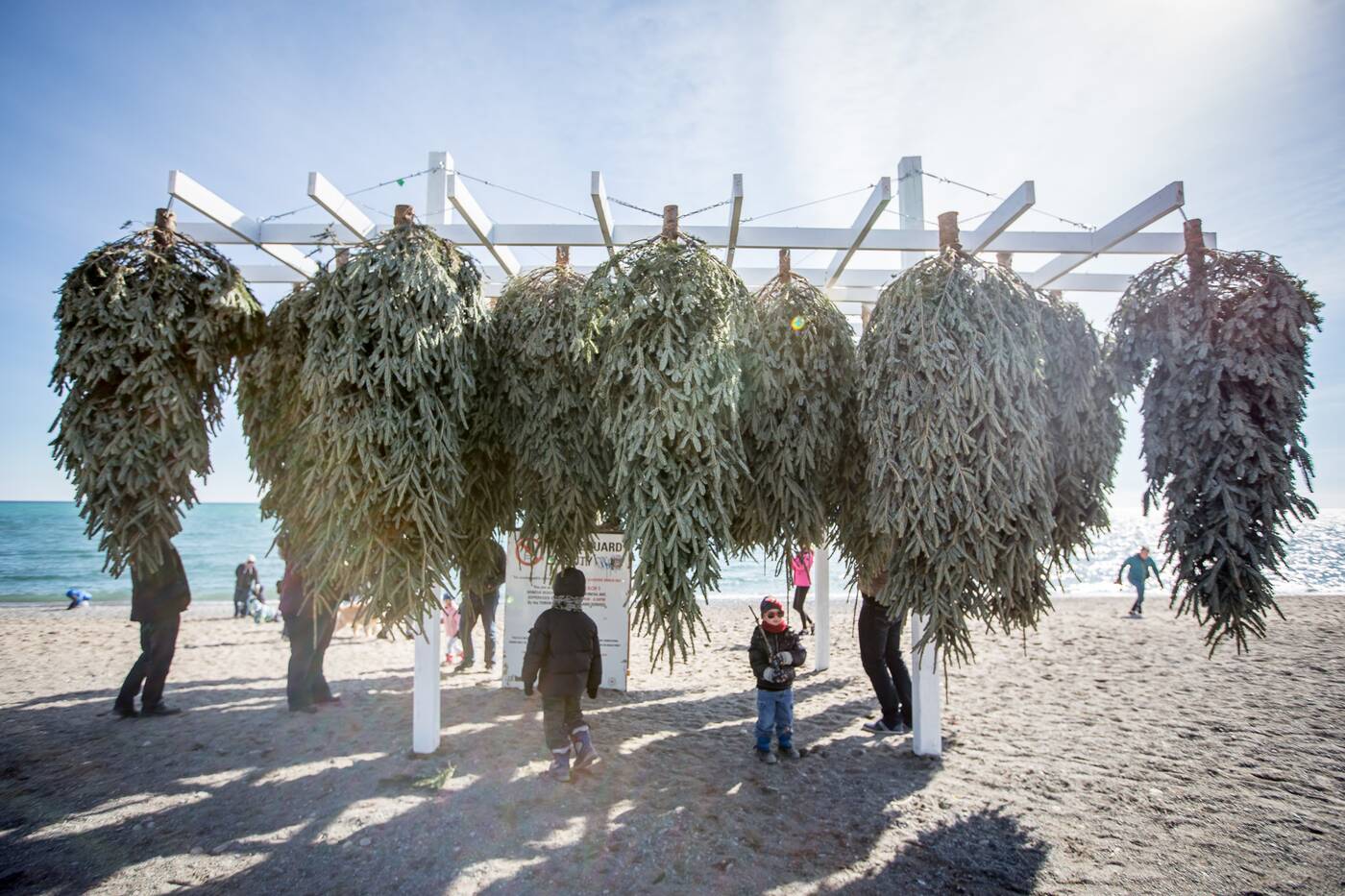 WinterStations returns to the Beaches this winter. Photo by Jesse Milns.

On Feb 18, WinterStations brings stunning art designs to the shores of the Beaches.

Craft beer, food trucks, campfires and DJs await at the Roundhouse’s cheap winter beer festival on February 10. Tokens sell for $1, then drinks are only 1 for a half or 2 for a full pint!

Grab selfies with your favourite superhero

Toronto ComiCon makes its annual return later this winter to let you indulge your nerdy side on March 16.

Party at a museum

Friday Night Live at the ROM and First Thursdays at the AGO are go-to destinations for those who want to party with style and class. Both return in January for encore events. 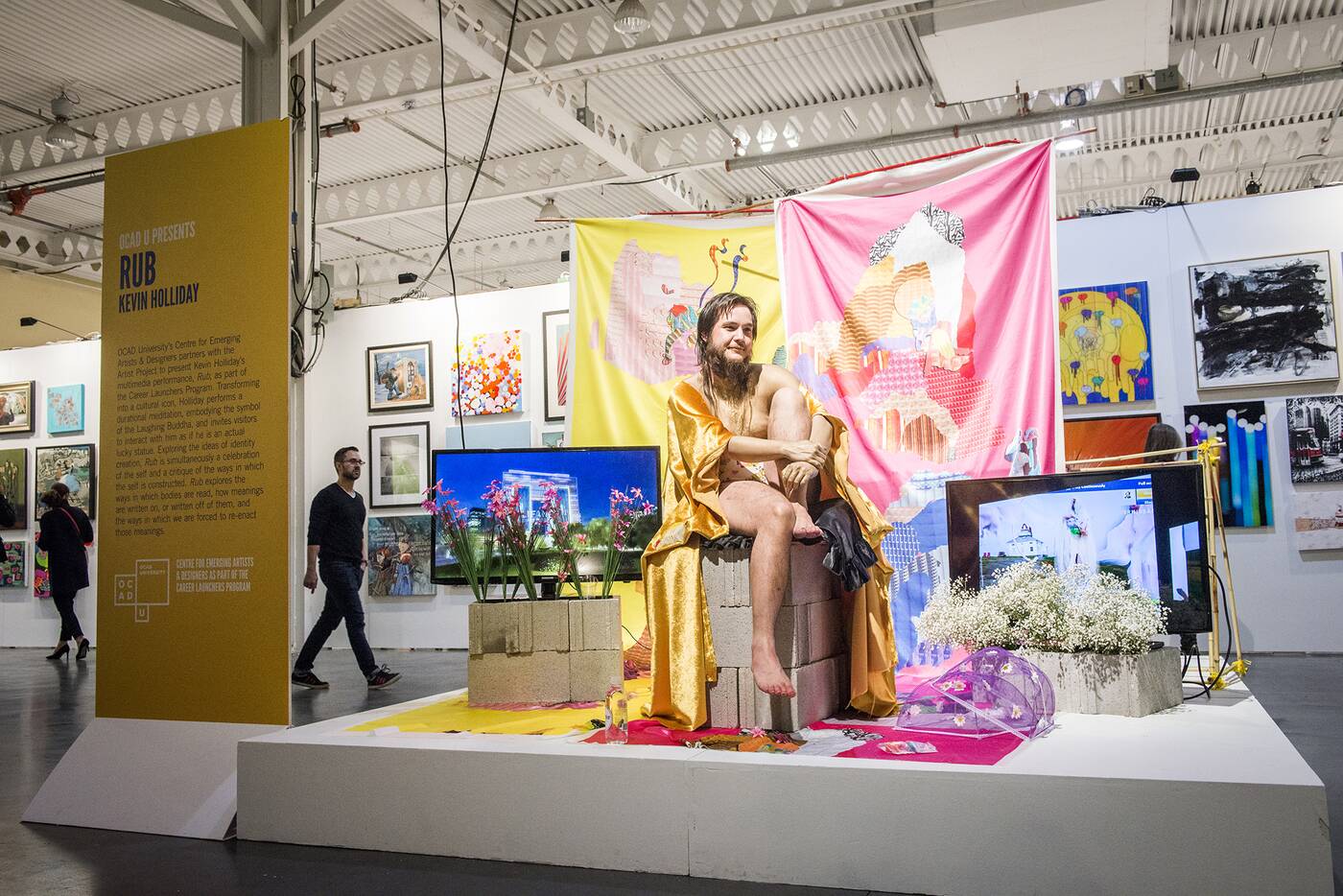 The Artists Project is a great opportunity to scope out the latest in contemporary art. Photo by Hector Vasquez.

Find out which VR gaming centre is the best

Cheer on the local team

March 3rd marks the 2018 home opener for Toronto FC as they host Colombus Crew SC. But before that, the Raptors, Maple Leafs, and Raptors 905 will need you cheering them on all season long.

Warm up at a spa or steam room

You can travel the world without ever getting on a plane thanks to Toronto’s array of saunas and steam rooms.

Check out a winter film festival

Cineplex will screen some of cinema’s all time classics as part of February 2-8's Flashback Film Festival. On March 20, the Canadian Film Festival will spotlight short and feature films. There’s also Doc Soup on January 10,  TIFF Top 10 starting January 12 and The Next Wave Film Festival which focuses on the creators of tomorrow on February 16. 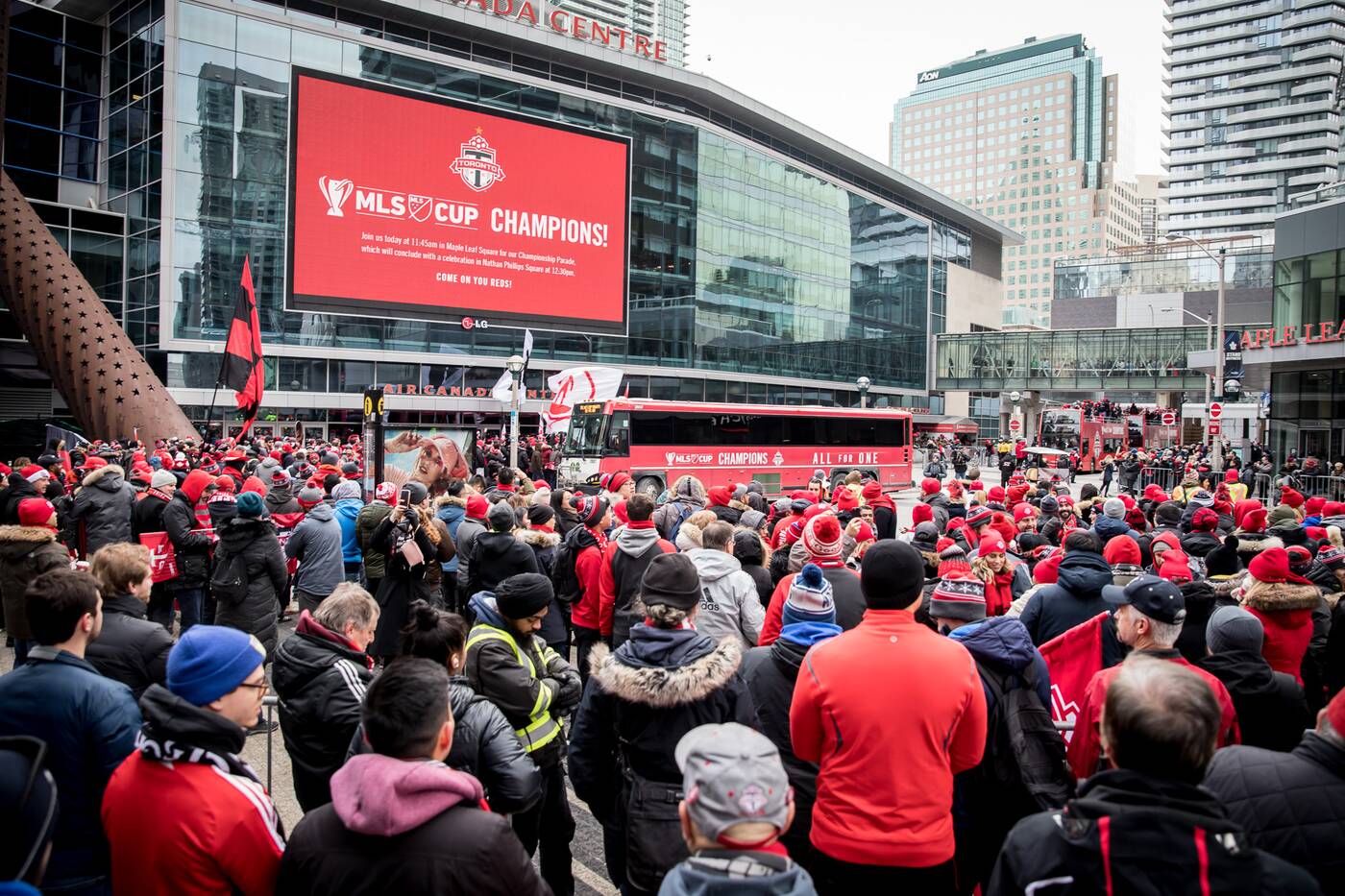 Although it seems the season just ended, Toronto FC will soon be back for their home opener in March. Photo by Jesse Milns.

Hear from a Canadian astronaut

Canadian astronaut Chris Hadfield brings a curated group of presenters from around the world to Toronto on January 11 for a series of talks that’ll give TED a run for its money.

They might be an endangered species but there are still a number of 5 and ten pin bowling alleys where you an try to throw a strike.

See one of the final Massey Hall shows before its shutdown

Massey Hall is closing its doors for a little over a year come the spring. Enjoy the pre-renovation theatre one last time with shows from Robert Plant on February 17, the Sheepdogs on March 2, and Our Lady Peace on March 15.

250 of the top contemporary artists from Canada and abroad grace Toronto with their work for the Artist Project on February 22 to 25. You can even buy pieces directly from the artists who stand out to you.

Laugh so hard it hurts

Netflix specials are great and all, but nothing beats a live comedy show. Big names like Sebastian Maniscalco and Miranda Sings are putting on shows here this winter.

Catch a glimpse of the future of theatre

An assortment of cheap but quality indie shows arrive via the Next Stage Theatre Festival from Jan 3-14, including comedies like The Harold Experience and JONNO. Then on February 14, Rhubarb Festival transforms the city into a hotbed of theatrical experimentation.

There are plenty of ways to celebrate Black History Month in Toronto, with some noteworthy events being the Black Film Festival starting on Febuary 14 and the Aga Khan’s African Jazz Ensemble on Febuary 24.

A four day long birthday party to celebrate Toronto’s 184th anniversary is on its way. The festival will take place at Nathan Phillips Square and include vendors, food trucks, a photography contest, and a DJ skate party. It all goes down March 3-6.

100 essential patios in Toronto for summer