Mall owners are finding it harder and harder to justify the vast swathes of valuable land they dedicate to surface parking, especially amid declining in-person shopping traffic and the rise of online retail.

Developer Slate Asset Management revealed its plans to redevelop portions of another Greater Toronto Area mall on Wednesday, filing a development application with the City of Mississauga to bring three buildings to the site of the Dixie Outlet Mall at 1250 South Service Road.

Opened all the way back in 1956 as Dixie Plaza, the mall was at the leading edge of shopping plaza development in the then-sleepy suburb.

The city has grown substantially around the mall in the generations since, and the property was re-branded to its current name in the late 1980s.

As other developers seek to replace malls' square footage, the vision for the site — dubbed Plan Dixie — intends to revitalize the shopping centre and integrate it into a new urban community that supports existing retail rather than demolishing it. 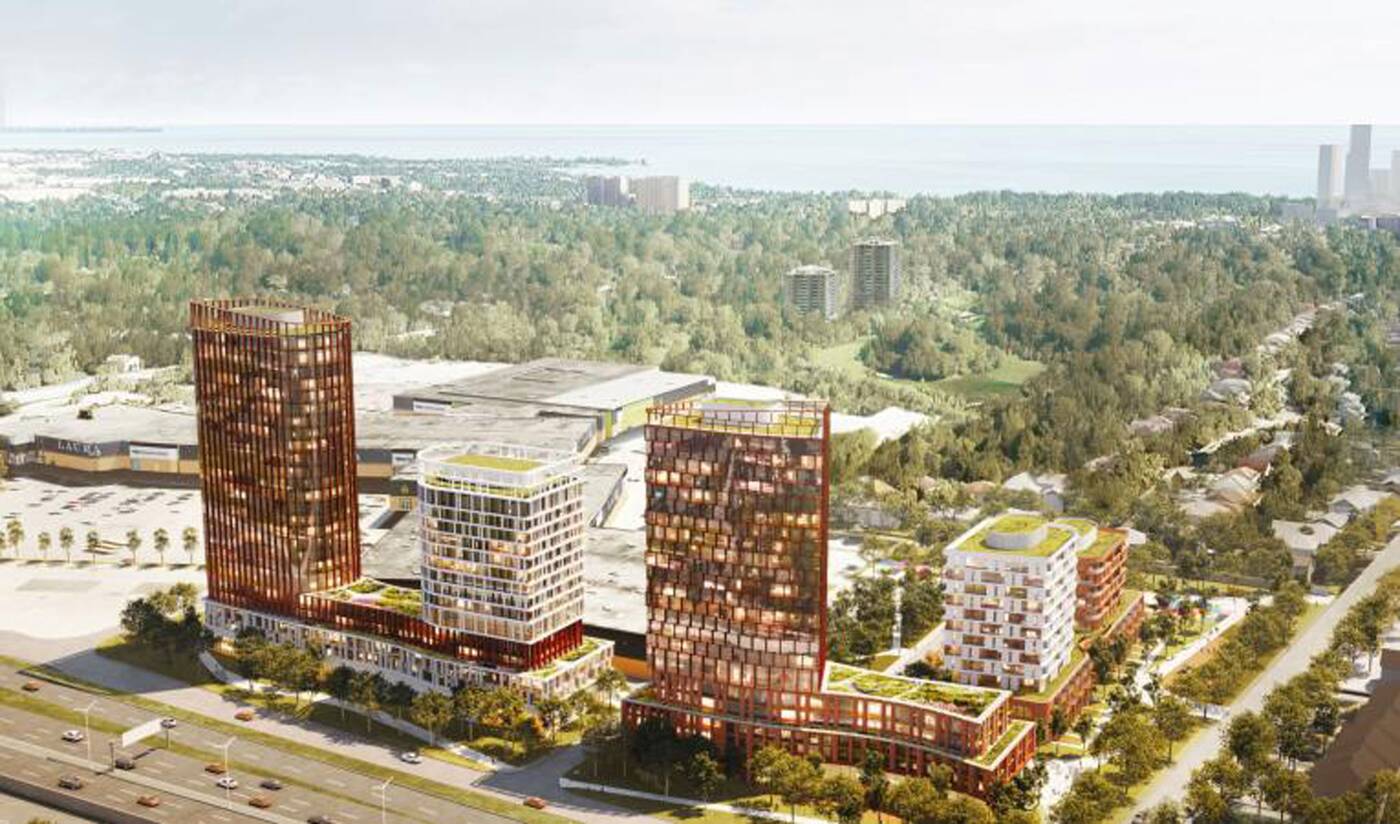 Over 1,200 new residential units are proposed, along with 3.5 acres of parkland and public trails. New pedestrian connections are planned to provide access to area parks and an existing transit terminal located south of Queen Elizabeth Way and west of Dixie Road.

In total, the development parcel consists of just 7.1 acres of the larger 35.5-acre mall property, so patrons of the existing stores like a No Frills supermarket can breathe easy that their neighbourhood staples will remain.

The ample parking, not so much.

Plan Dixie is one of two mixed-use development proposals filed by Slate with the City of Mississauga on Wednesday, joined by a transit-oriented community proposed at the Clarkson GO station.

"We identified these sites years ago as high-impact urban infill projects where we could apply our placemaking experience to bring to life more sustainable, people-centered developments," said Brandon Donnelly, Managing Director, Development at Slate, in a press release Wednesday morning.

"Our objective is to unlock the inherent potential of these two sites in a way that will benefit the City and surrounding areas for years to come, adding much-needed homes, exciting retail and commercial uses, enhanced walkability, and new amenities and green spaces throughout."

Dixie Outlet Mall joins an ever-growing list of large retail properties that will be lost or forever changed by development in the coming years.