Pop-ups in Toronto are adding some much needed spontaneity to the city as we approach fall. While the pandemic has butchered the city's events scene, it's also created a new wave of experimental flings in a way we've never seen before. Fleeting as they may be, these pop-ups help keep the fun going as summer bids farewell.

Here are some pop-ups to check out in Toronto this month.

Taking over the space at 146 Ossington Avenue is this bottle shop and patio pop-up serving tacos galore, two for $11.50. Munch on chips and salsa while sipping on spiked slushies.

Goodbye Convenience Bar, hello Caribbean eats from the new pop-up Miss Likklemores. It's unclear whether Convenience will ever be reopening, so in the mean time, the West Queen West property is slinging saltifsh fritters, jerk chicken sandwiches and cocktails, Wednesdays to Sundays.

One of Toronto's most well-known Thai chefs has just launched her own concept inside Kiin. Chef Nuit Regular is now cooking up pad gra prow burgers and massaman beef sandwiches to-go and for dine-in on their patio. 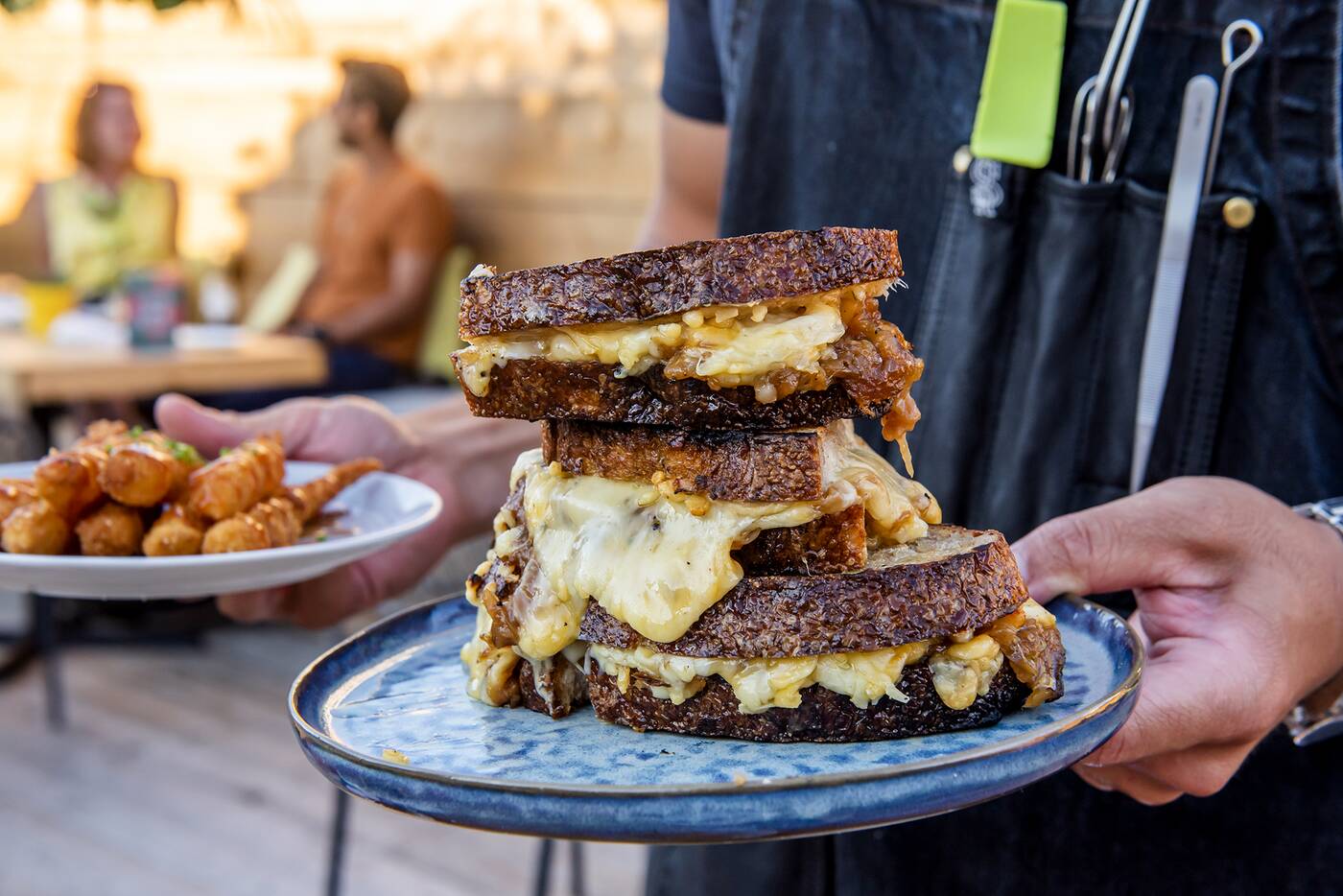 Don't skip the food at the Skyflower patio pop-up on College St. Photo by Hector Vasquez.

The rooftop patio boasting CN Tower views and a MaterChef-designed menu is open for business where One Loft used to be. It's unclear how long it'll stick around for, but it's safe to assume it won't be sticking around for the colder months.

Formerly on Ossington, Tanto is moving into the old digs of the Spanish restaurant Carmen. In the mean time, they're doing a grill pop-up, Basque-style, outside 922 Queen St. West until the end of September from Thursdays to Sundays.

Head to coffee shop Hailed on Gerrard East for a monthly dessert created by FarzamFallah amd Louis Lim, the same people behind the pastry company Hawker. Pre-order on their website and stay tuned for their September goodies.

Toronto's other beach-themed patio continues to serve up food and drinks from local restaurants near Gerrard and Jones this September. 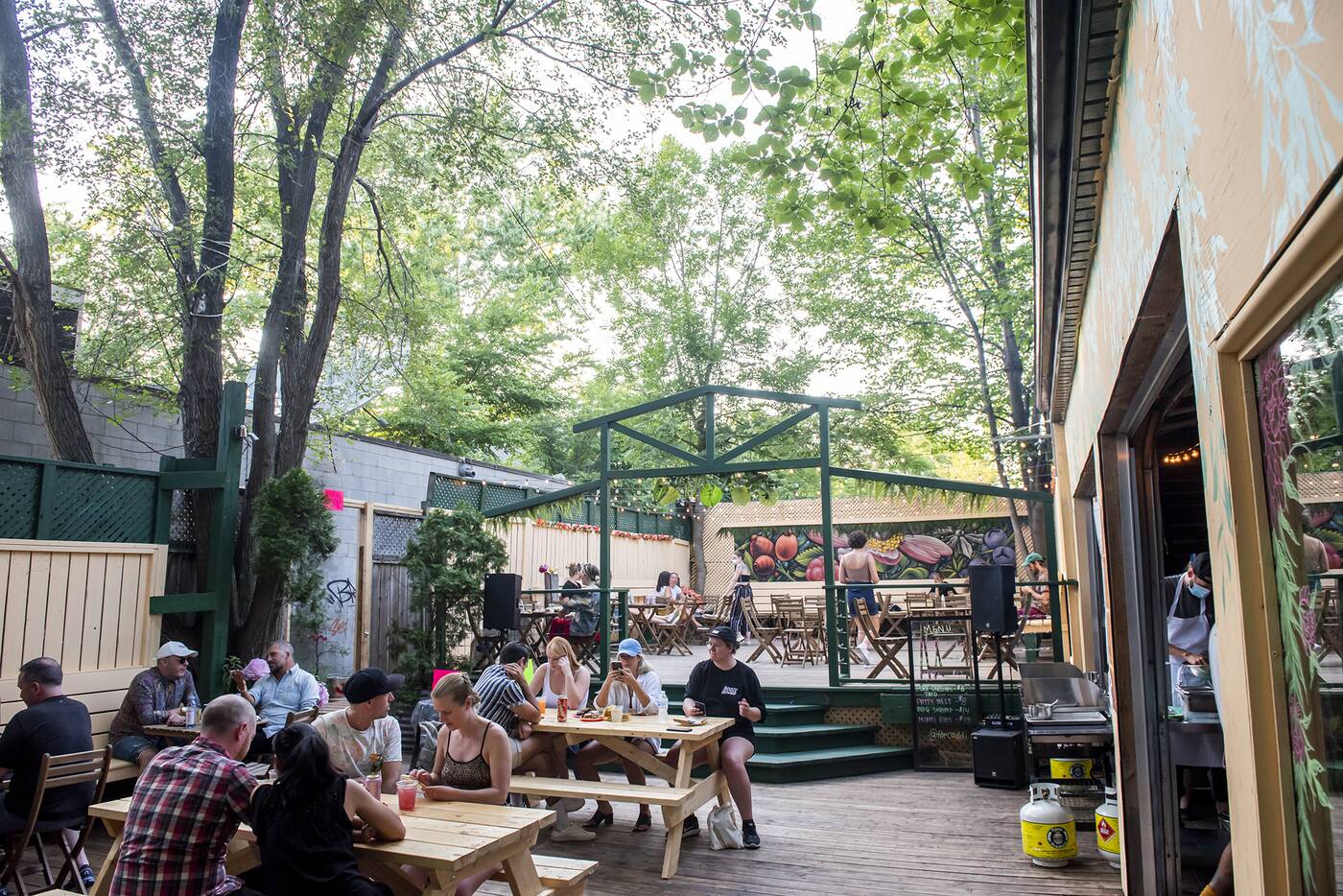 The old Cadillac Lounge space has come back to life with The Caddi patio pop-up. Photo by Hector Vasquez.

The Parkdale patio that replaced the legendary Cadillac Lounge continues to run events from guest chefs. Past pop-ups include burgers from Rudy, with future events like Boracay on Sept. 9, from the same chef behind BBs Diner.

Toronto's shipping container market is running a number of events in September, including the Caribbean-owned marketplace from Sweet n' Nice. Expect live steel pan music and more on Sept. 5, from 11 a.m. onwards.

The new Box'd concept from shawarma empre Paramount has just opened pop-up locations at Yonge and Eglinton, in Yorkville, and on Spadina. Order online for Middle Eastern eats to-go.

The now closed Michelin-starred restaurant Don Alfonso is taking over Toronto's historic castle with a 60-seat pop-up. Opening Sept. 16, it'll be open nightly for dinner service,  where you'll be able to dine on tasting menus surrounded by flowers. 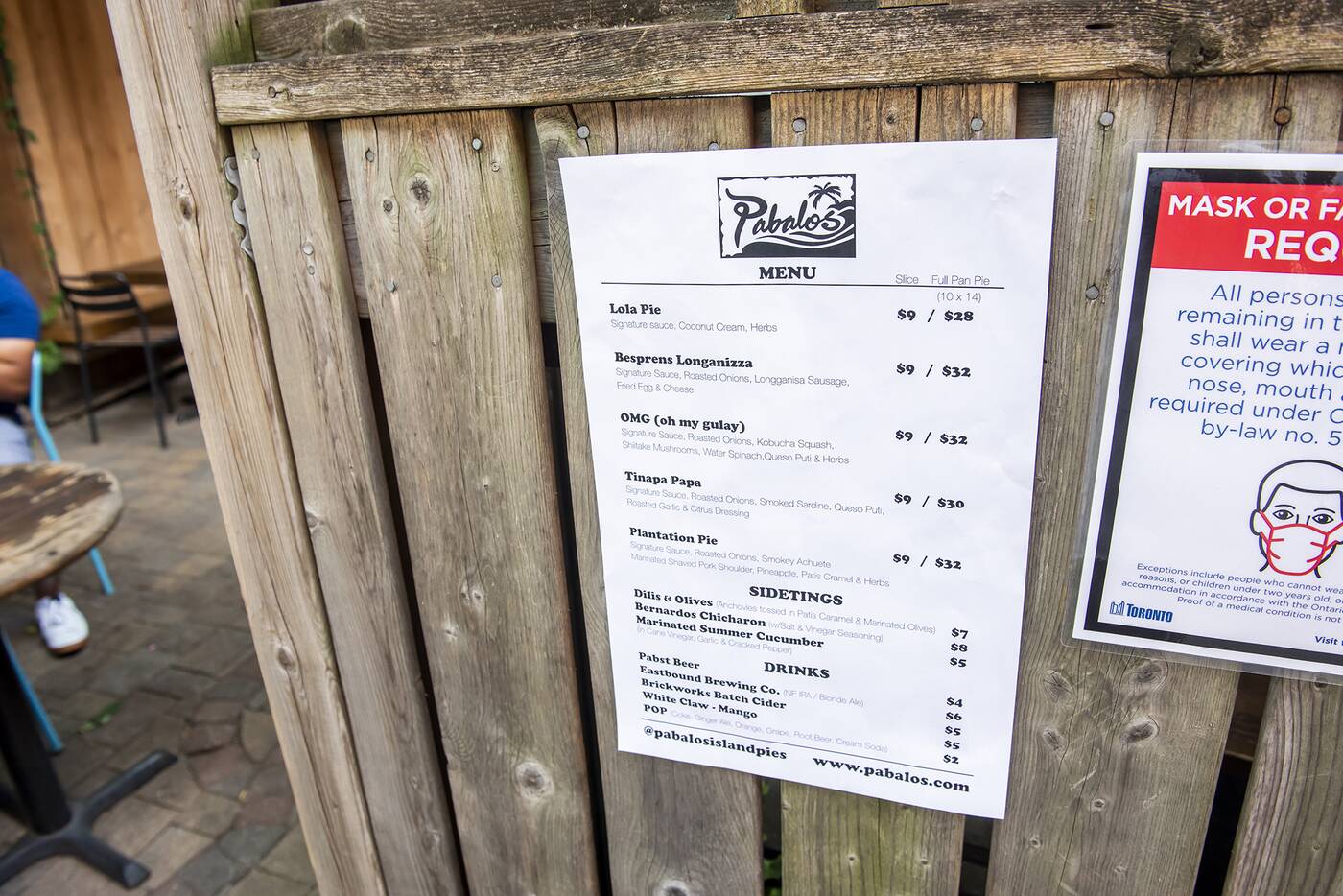 Taking over the patio of Dundas West bar Wallflower is this pinoy pizza pop-up. Deep dish pies get a Pilipinx treatment, and future menus promise the Oh My Gulay and the Lola Pie. Stay tuned for their upcoming September pop-up; pre-order through IG.

The STC has been bumping for the past few weekends thanks to its new food incubator program, Street Eats Market. Upcoming events include a night market from Sept. 5 to 6, a mac n' cheese festival on Sept. 12, a fried chicken fest Sept, 19 to 20, and a ramen festival September 26-27.

A back-to-school shipping container from Staples has popped up curbside, where folks can order and grab stationery, electronics and more. Find the container at 1750 The Queensway until Sept. 15.

Hot Black's Yonge Street pop-up location is hosting weekend brunch from the kombucha company, Alma + Gil. Find them every Saturday and Sunday. They also do Vietnamese BBQ on Wednesdays and Thursdays and burgers and nachos on Fridays.