Convenience is a bar and restaurant that caters to lovers of all things retro with a food and cocktail menu of childishly imaginative versions of hot dogs, burgers and fried chicken. 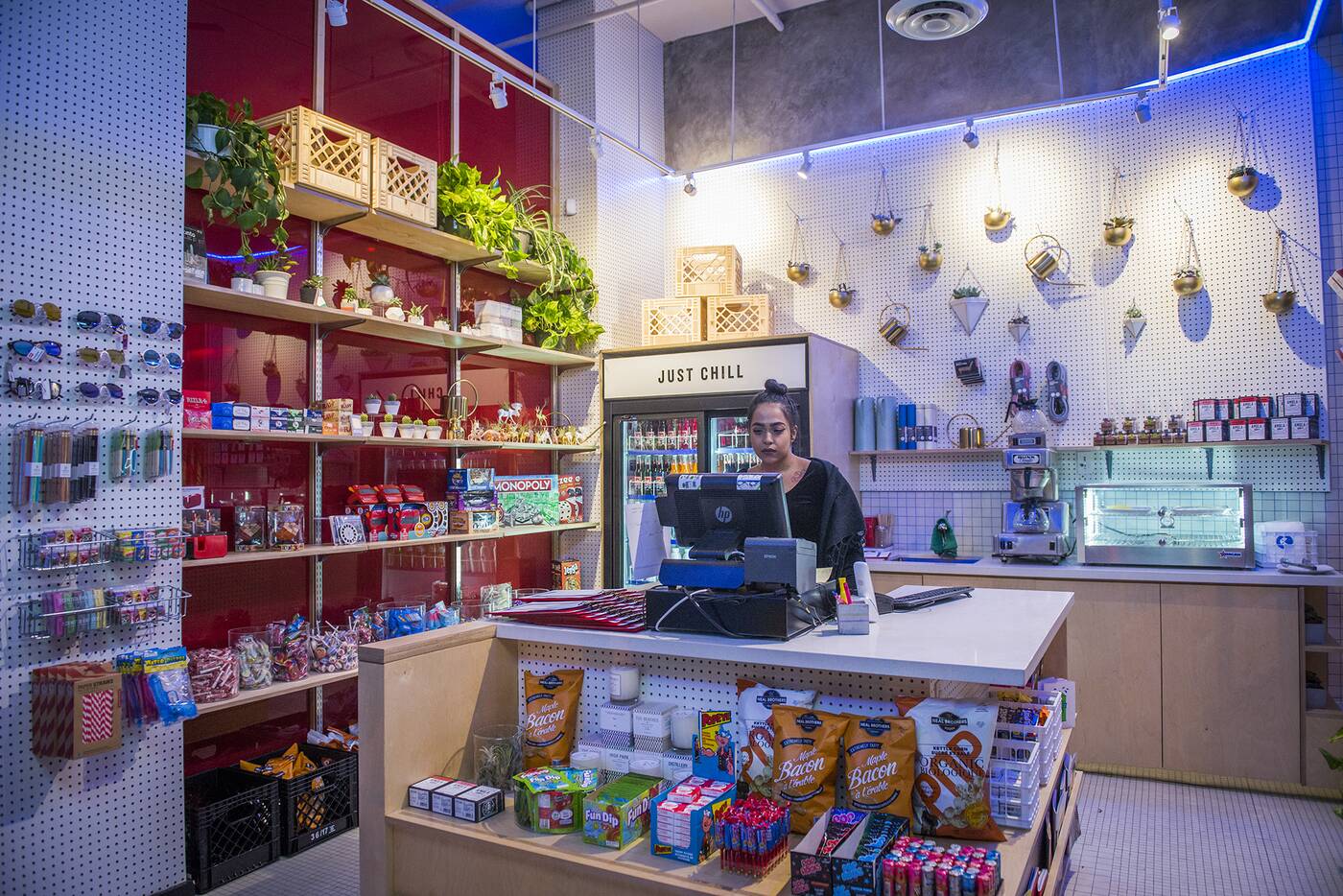 The convenience store area is like a more curated fantasy version of your local corner shop, with some of the same items you’d normally find in any store like $2 candies and rolling papers. 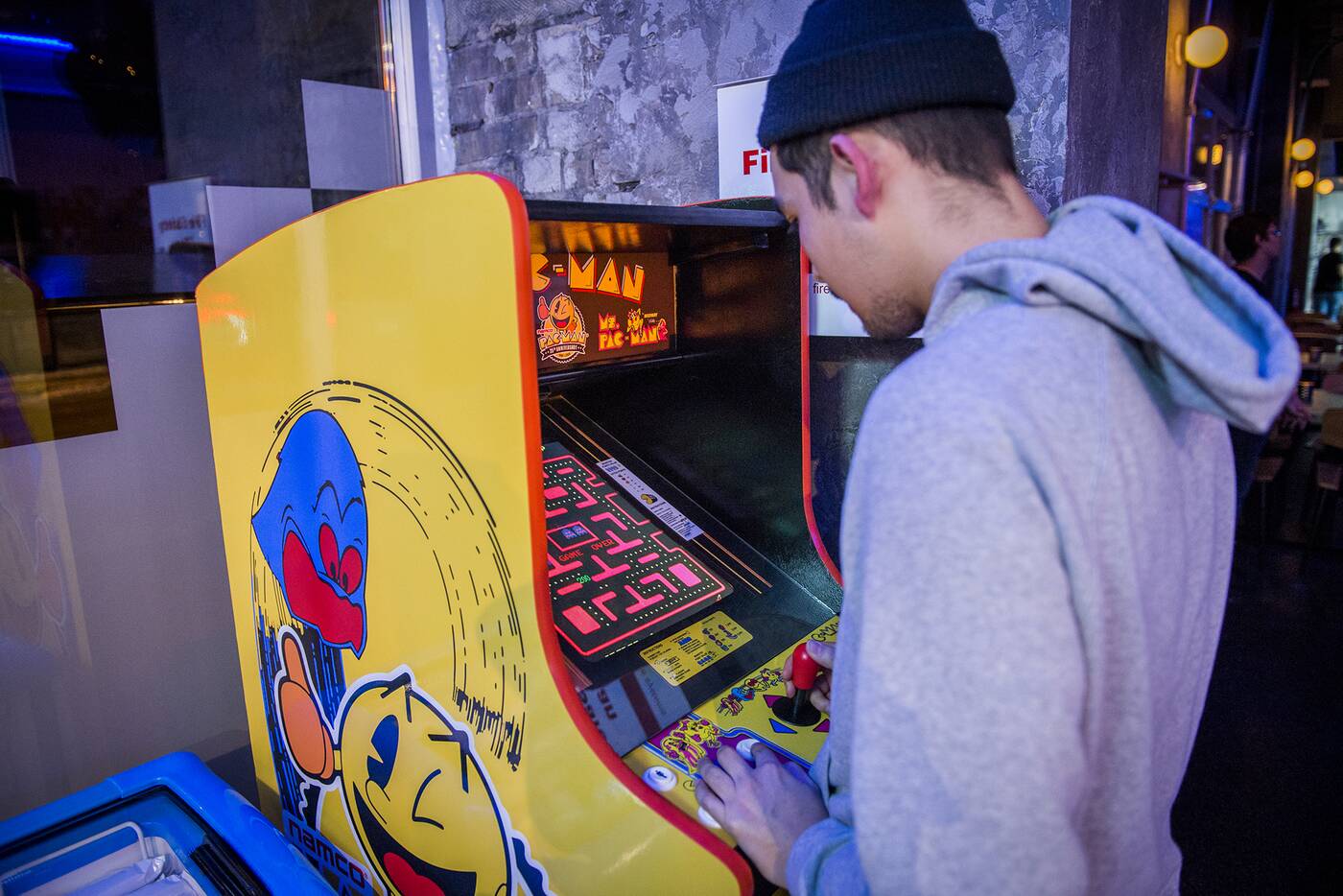 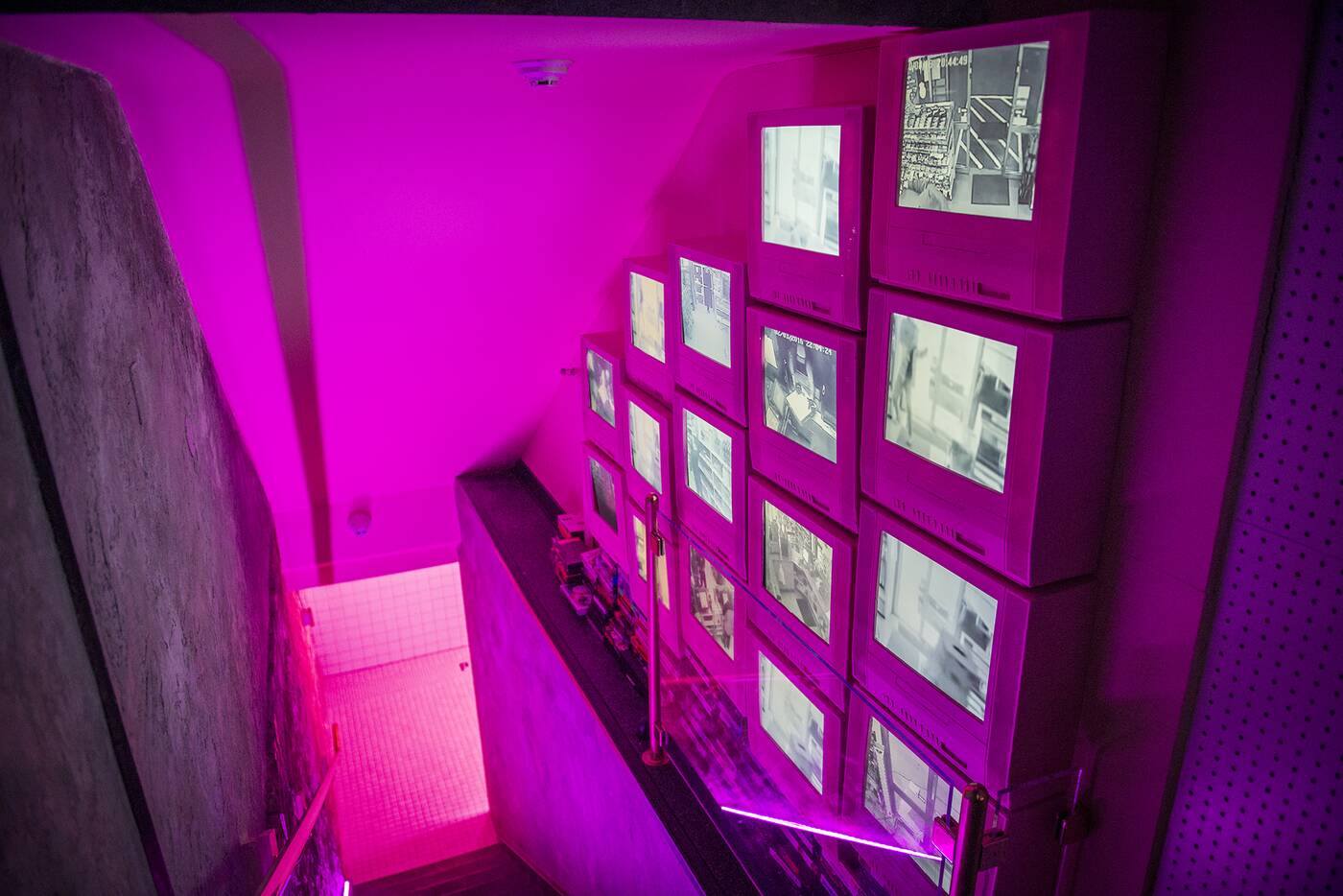 Clever elements that match the convenience theme are everywhere: TVs leading down to the bathrooms play security footage of failed store robberies. 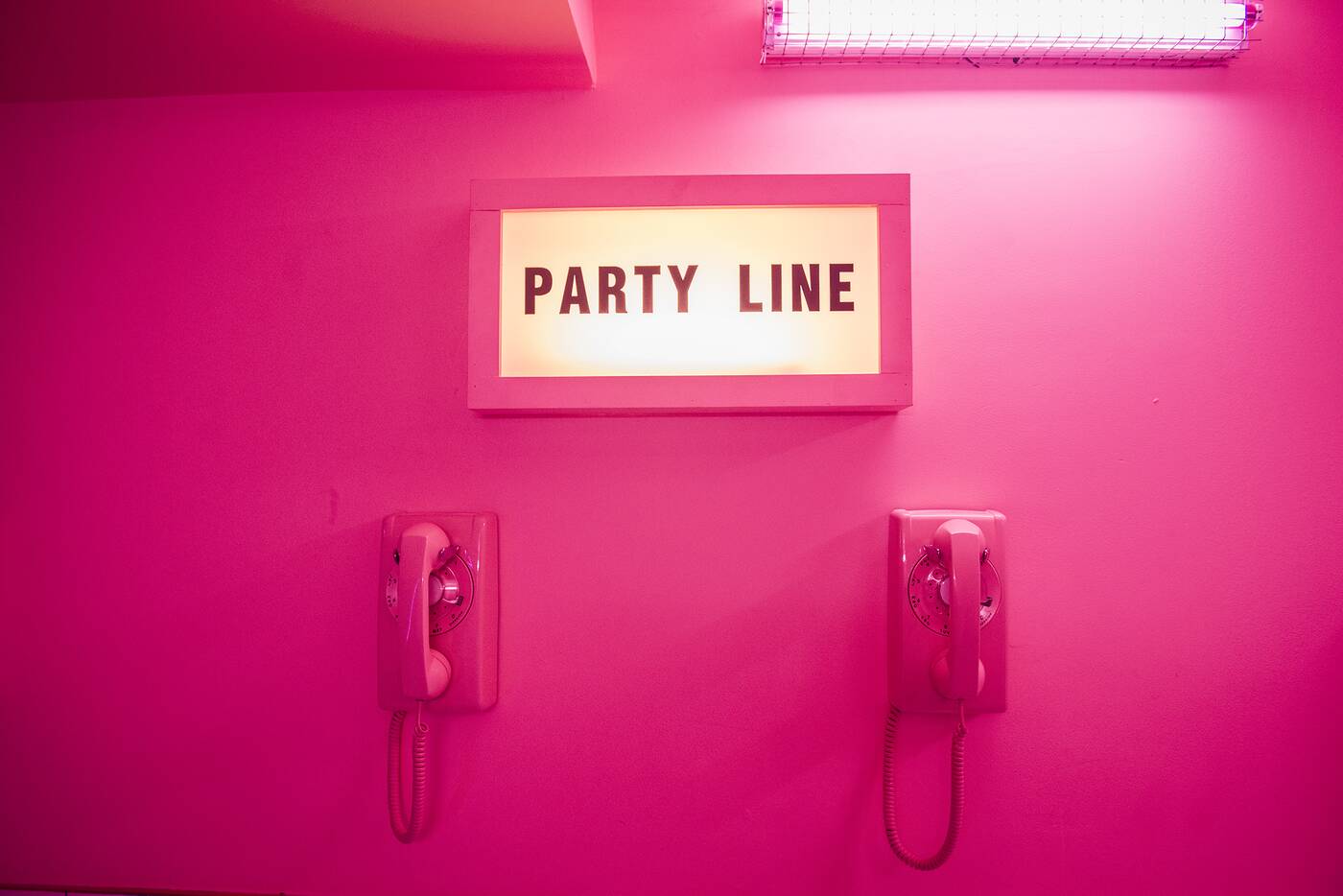 Once down there, an area lit in hot pink is equipped with a couple old phones (you know, the kind actually attached to the wall) with the retro phrase “party line” printed above them on the wall. They actually play recordings, meant to mimic old teen chat lines. 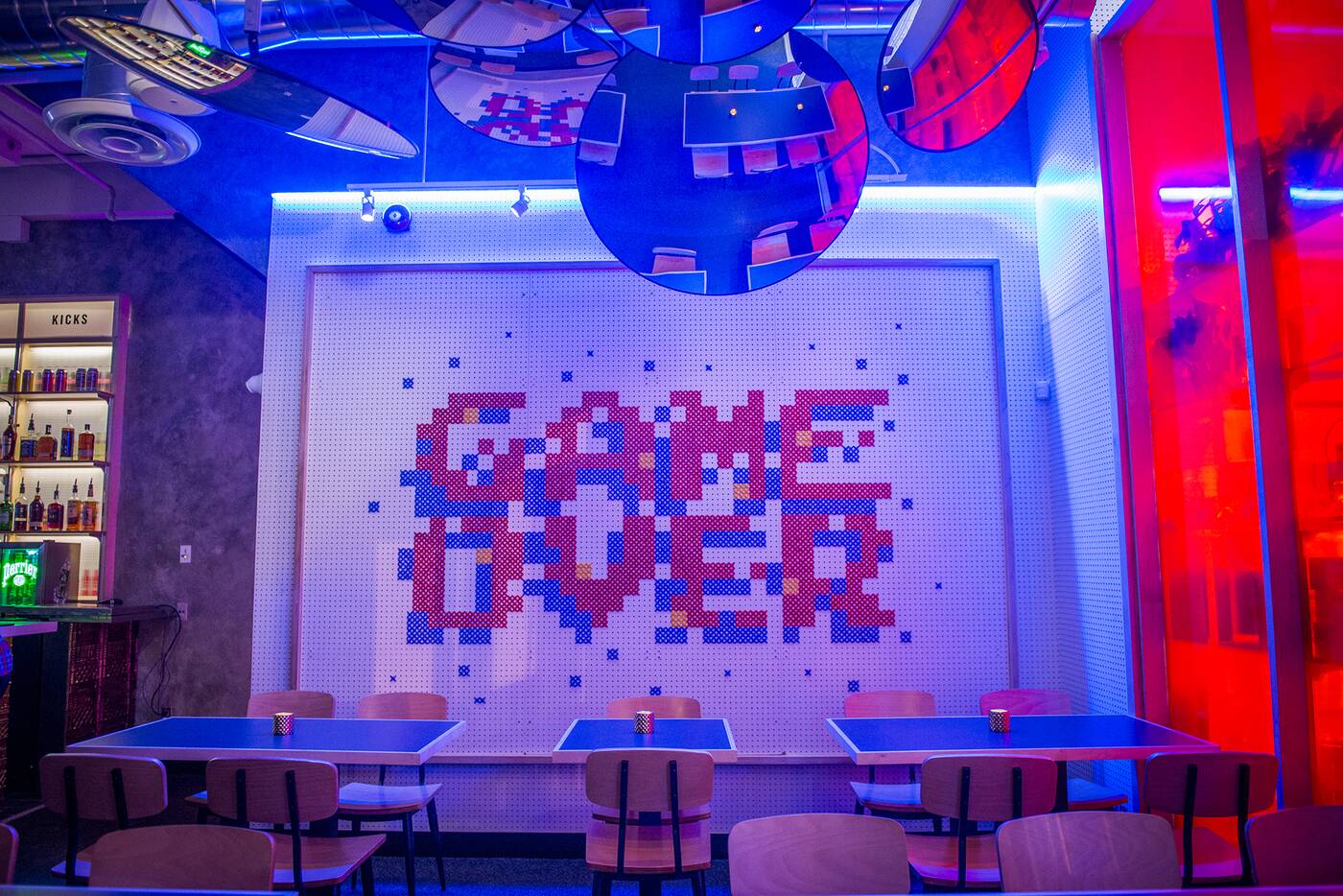 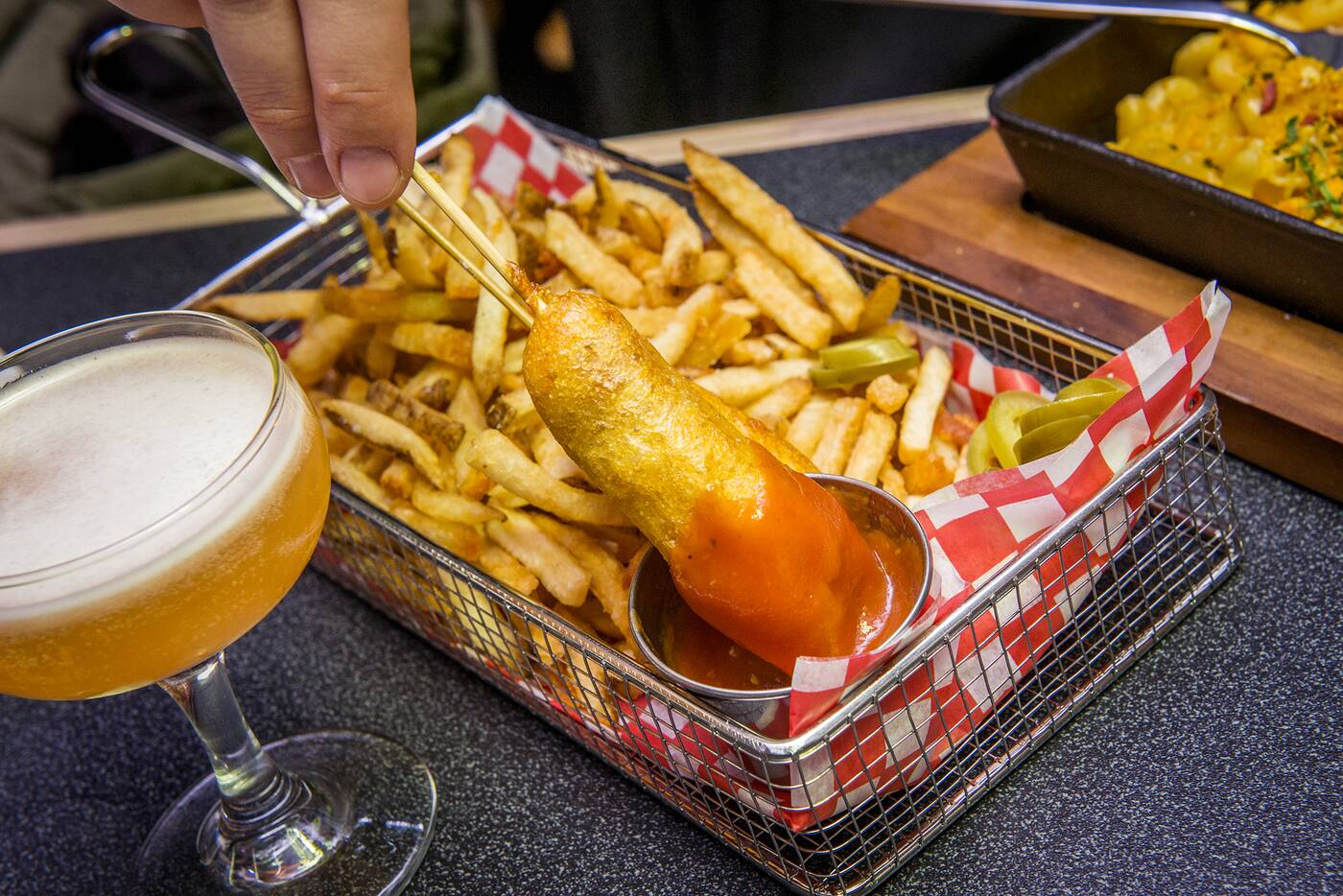 Pogos ($10) are just the start of a menu that doesn’t shy away from attempts to perfectly imitate boxed, frozen, or junk foods, but made from scratch. They’re served simply with fries, ketchup and jalapenos. 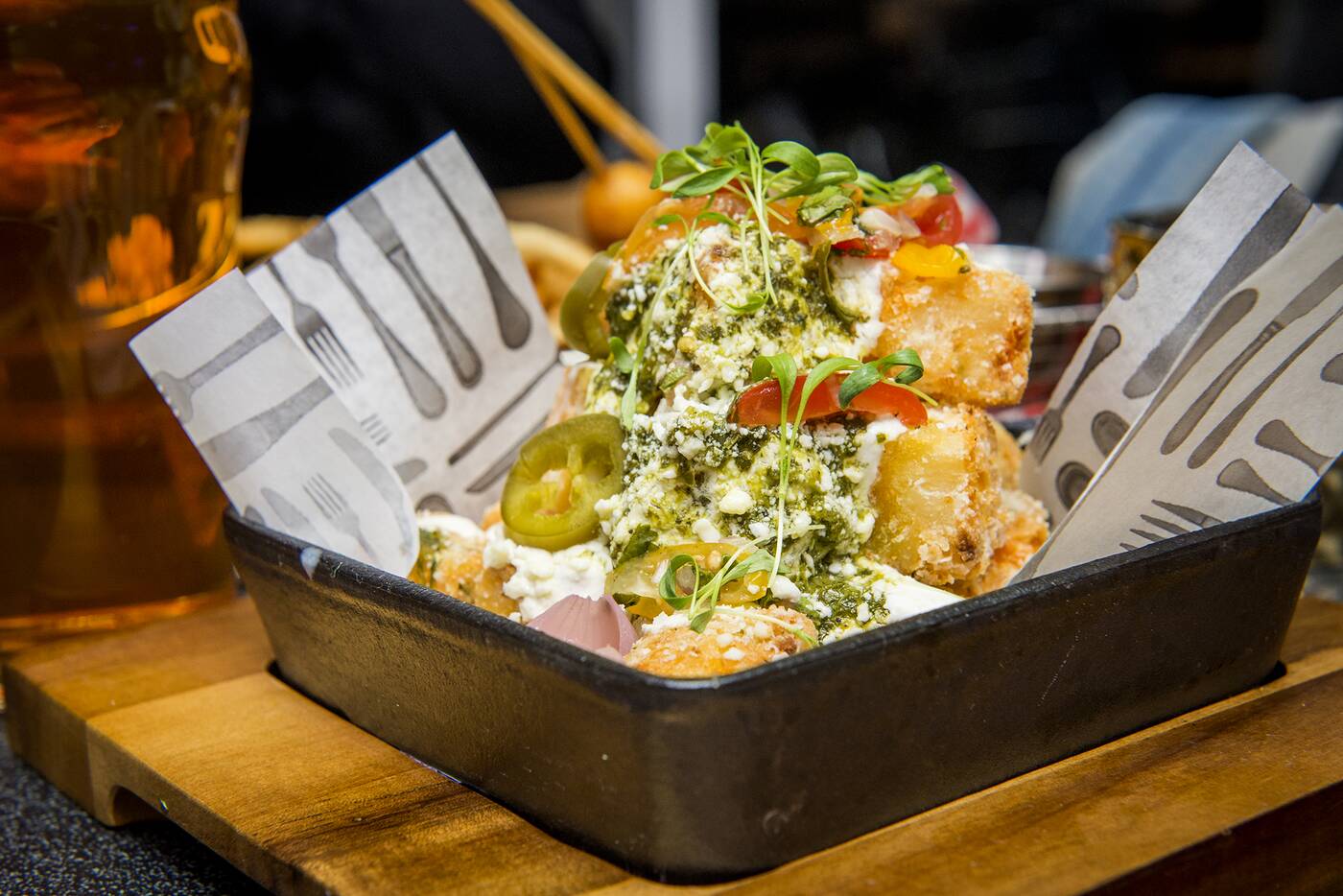 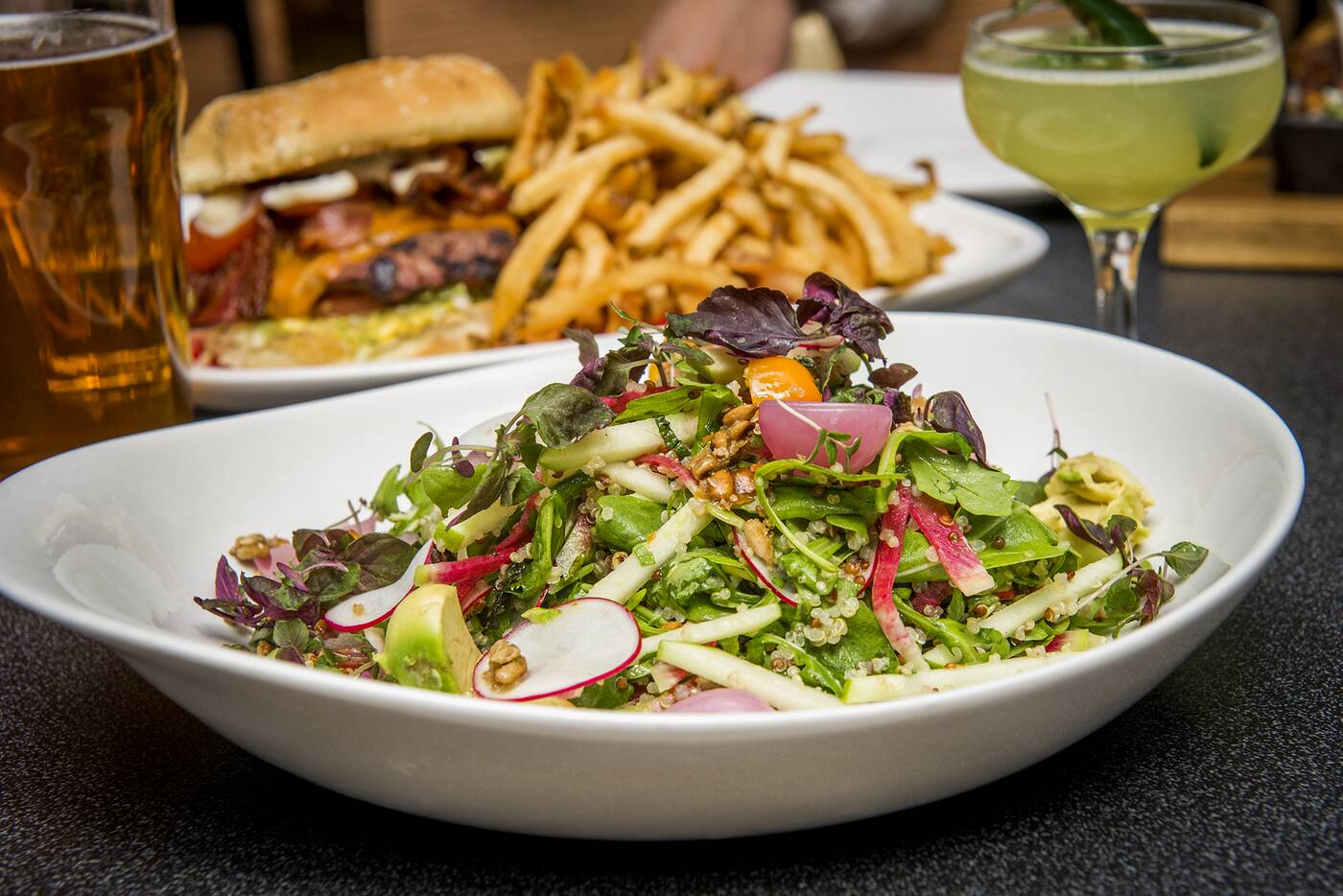 Jolly Arugula ($12) is an example of the way corner store ingredients are embraced, using Jolly Ranchers for the vinaigrette that dresses mixed greens with quinoa, avocado and sunflower seeds. 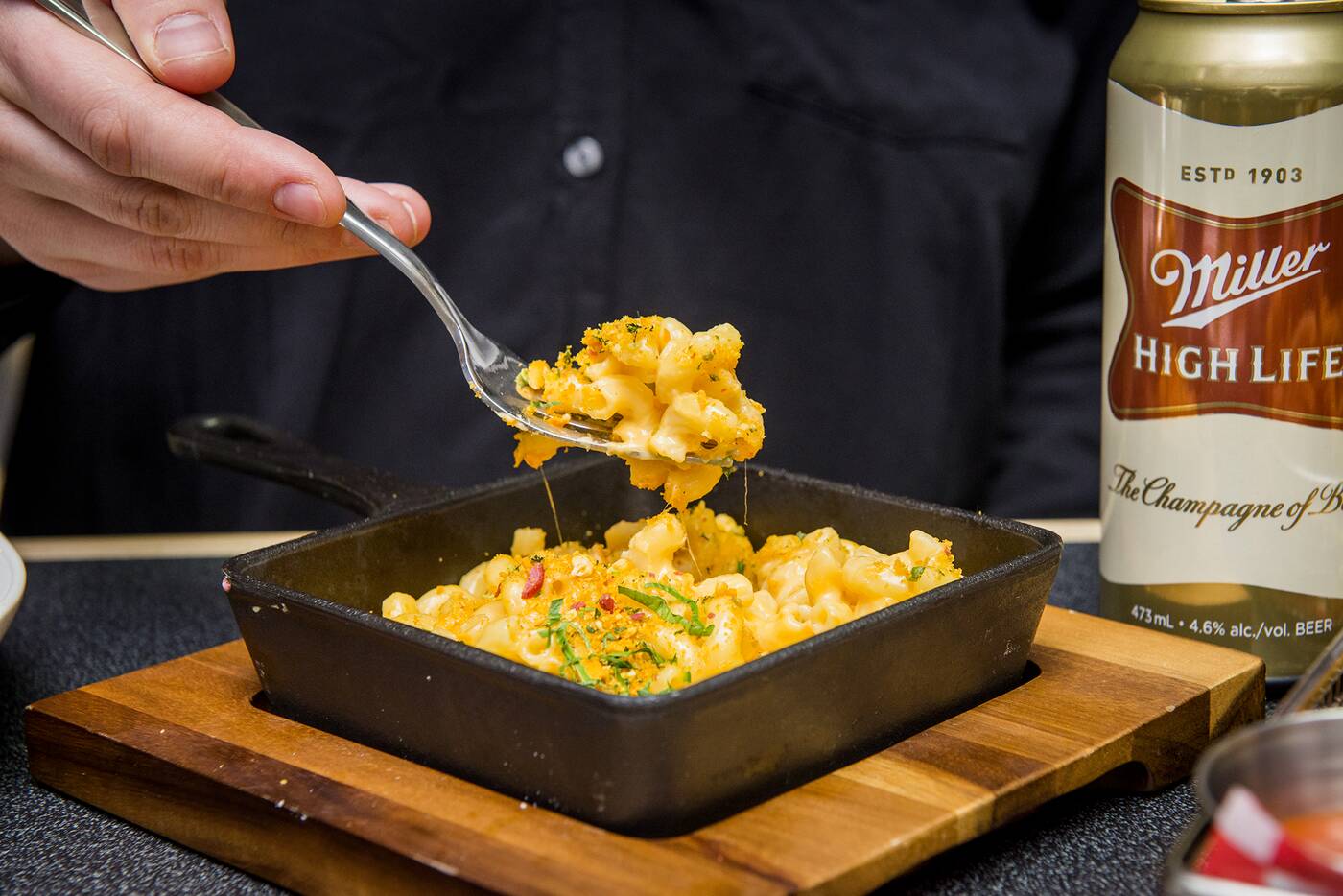 The mac n’ cheese is similarly topped with a Goldfish “gremolata,” and like the salad it works surprisingly well. 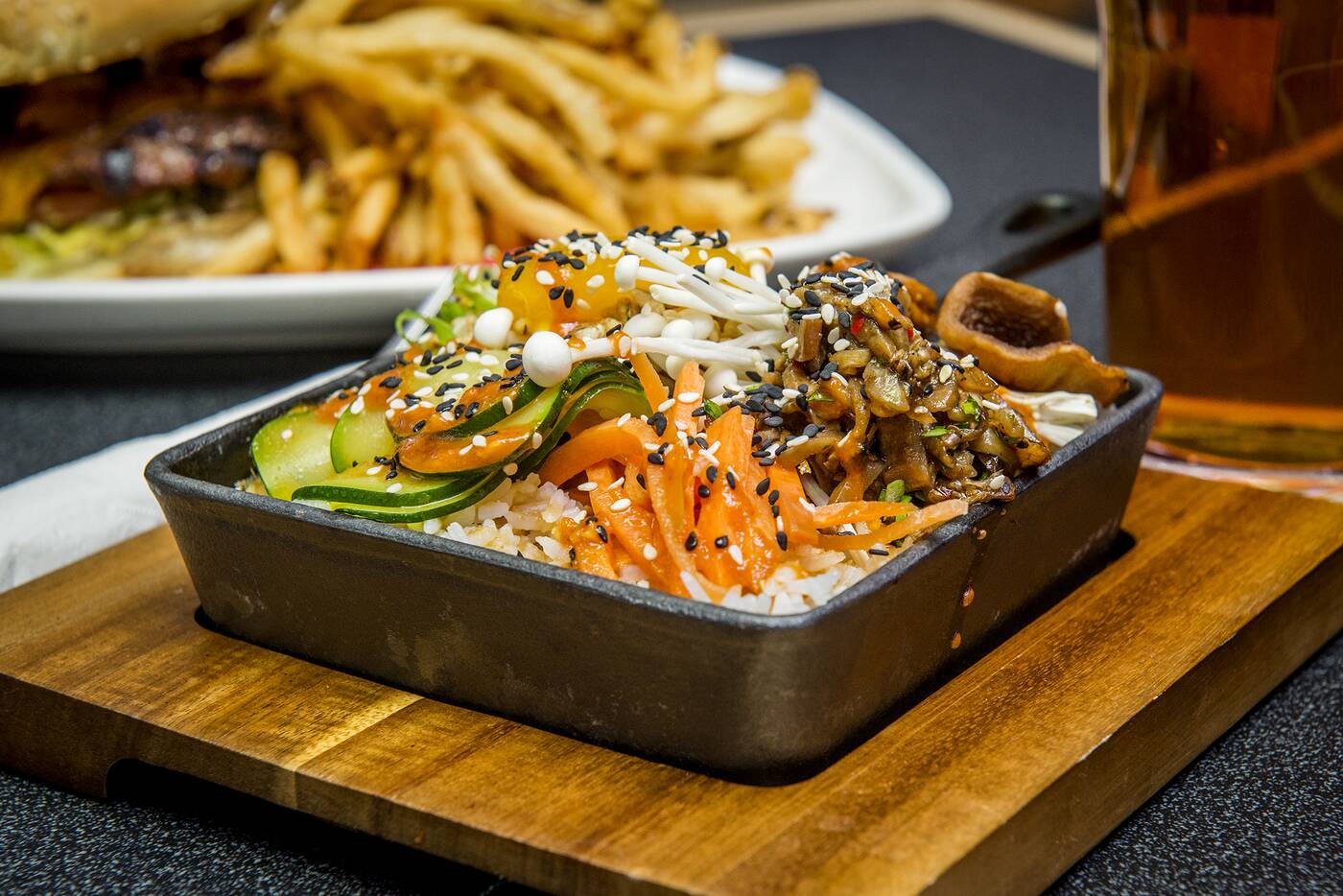 Boom Boom Bap ($12) is served in a hot skillet, but still doesn’t have the crunchy bottom it needs to truly be bi bim bap, though it is topped with a cured egg yolk. 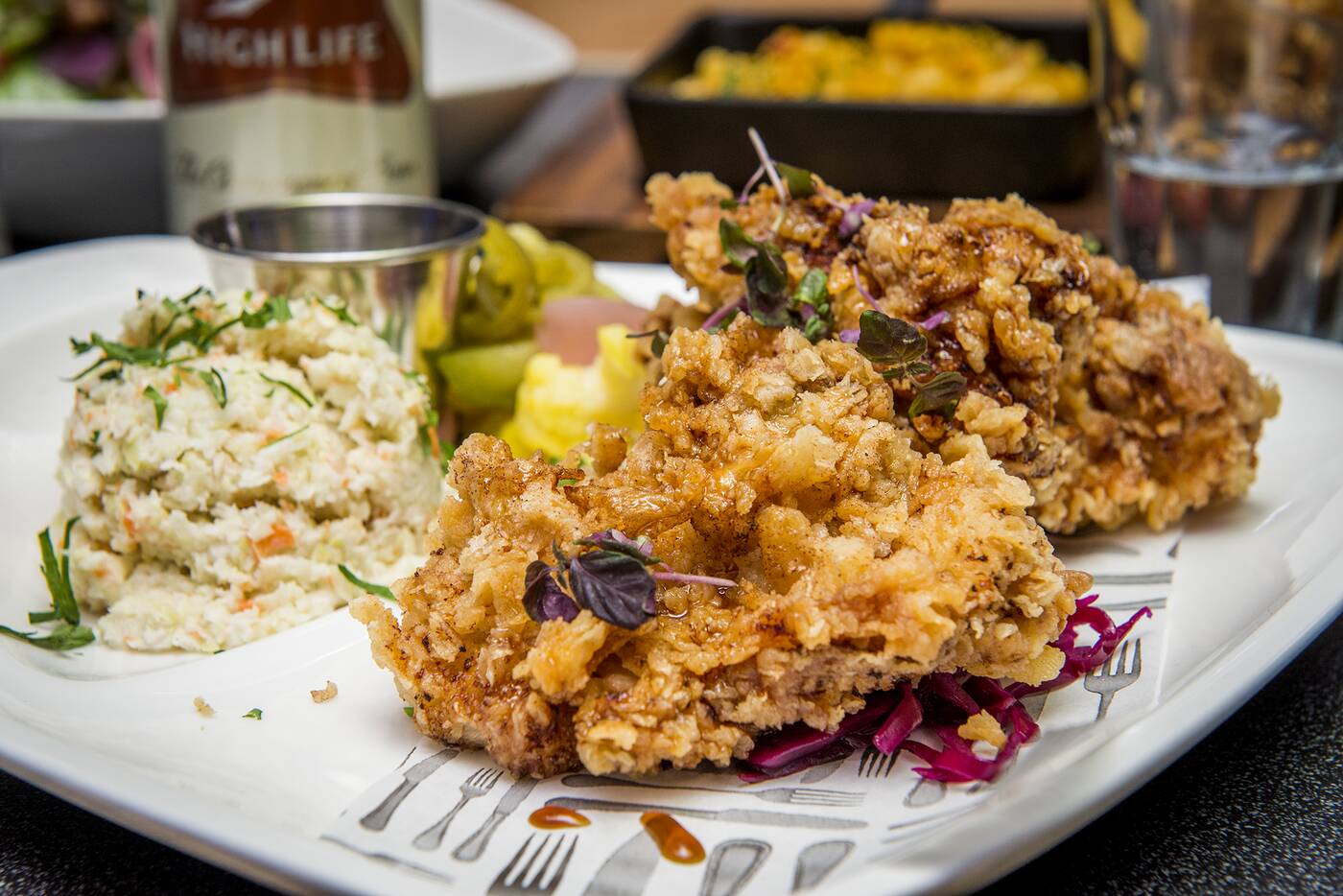 Convenience Fried Chicken ($13) is meant to imitate KFC, and it’s definitely got a similar crunch on the outside with a juicy inside, and finely textured, mayo-laden coleslaw completes the illusion. 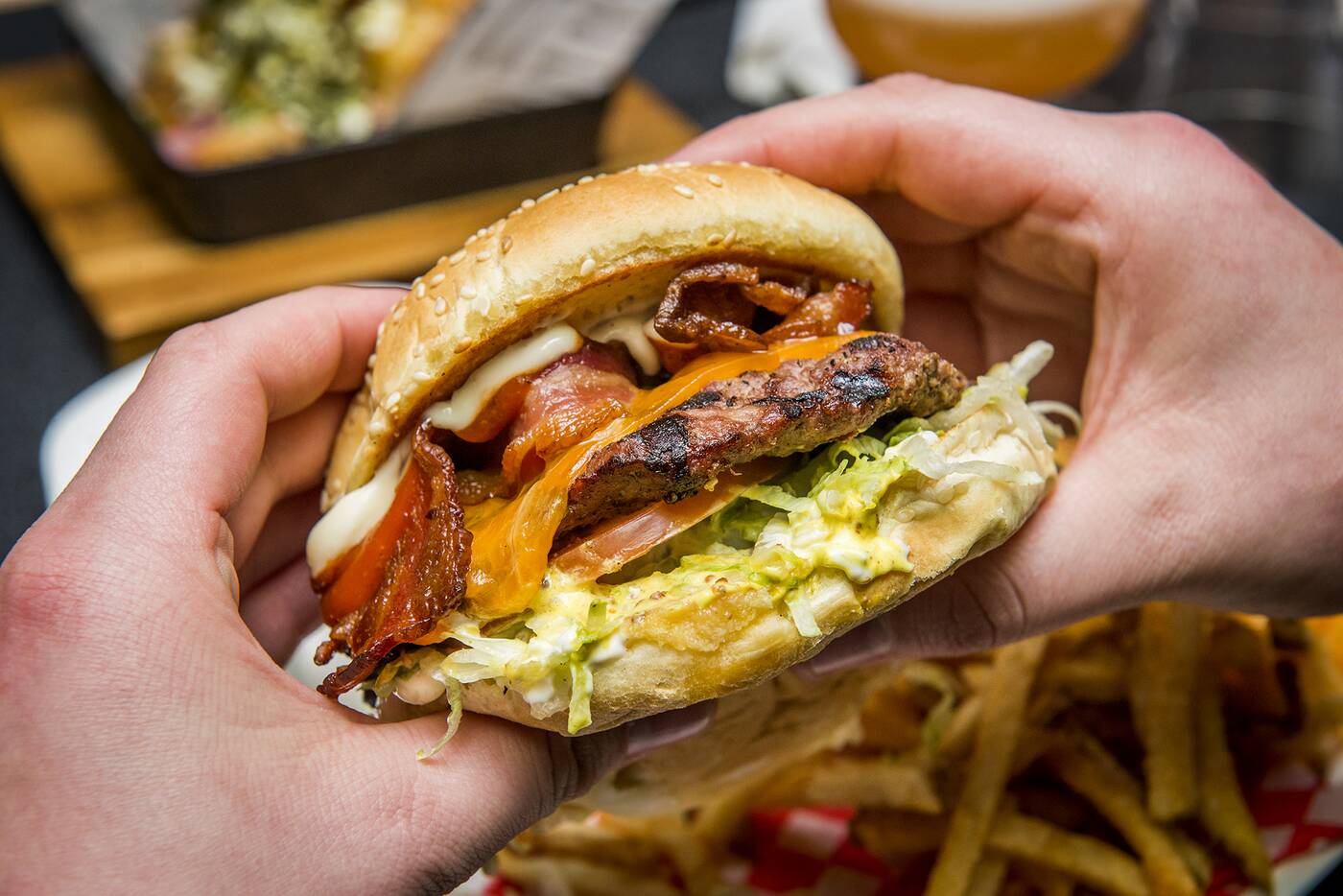 The Makin’ Bacon Whopper ($14) and this both had to pass a blind taste test to make sure they were just like the real deal you crave late at night. The sesame seed bun, bacon and gloppy mayo make this particular doppelganger dead on. 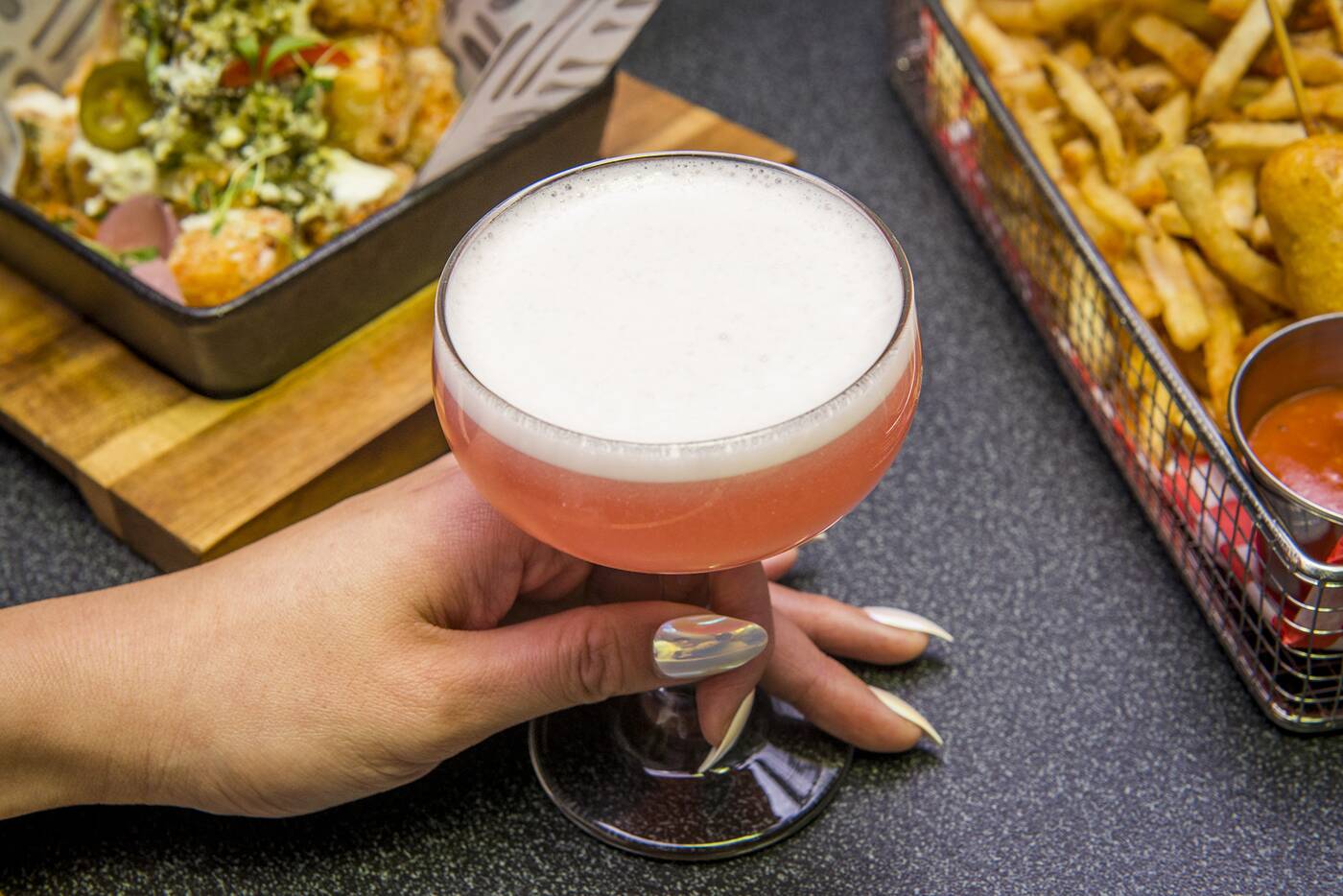 A Bubblegum Sour ($11) is made with a bubblegum-infused Pisco and Hubba Bubba syrup, which I expected to be overpowering but is actually sweet, tart and relatively balanced. 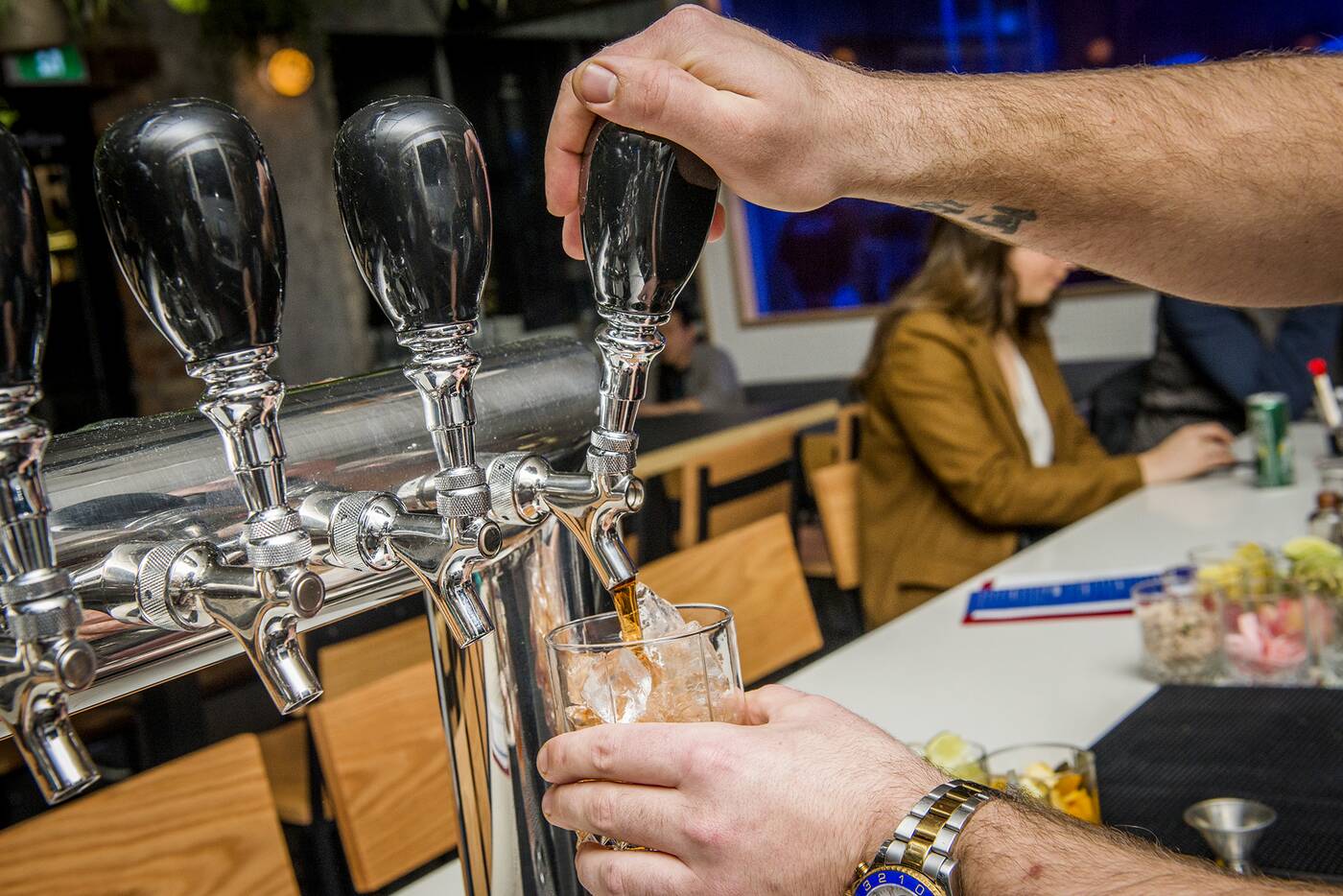 Negronis, Paper Planes, Old Fashioneds, Pina Coladas and Daiquiris are all on tap for $5. 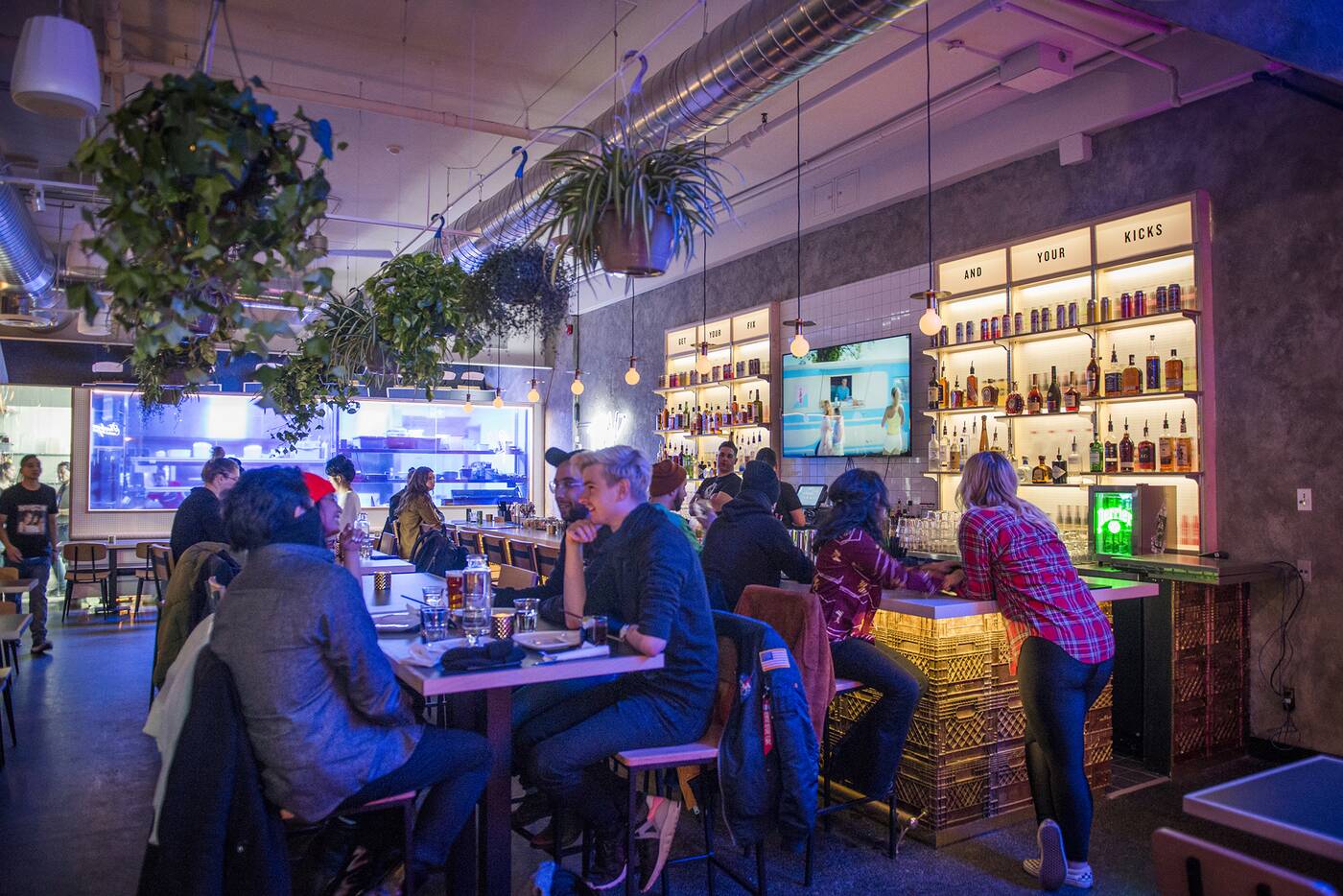 The project comes to us from the people who have partnered on projects like Good Son and Omaw. 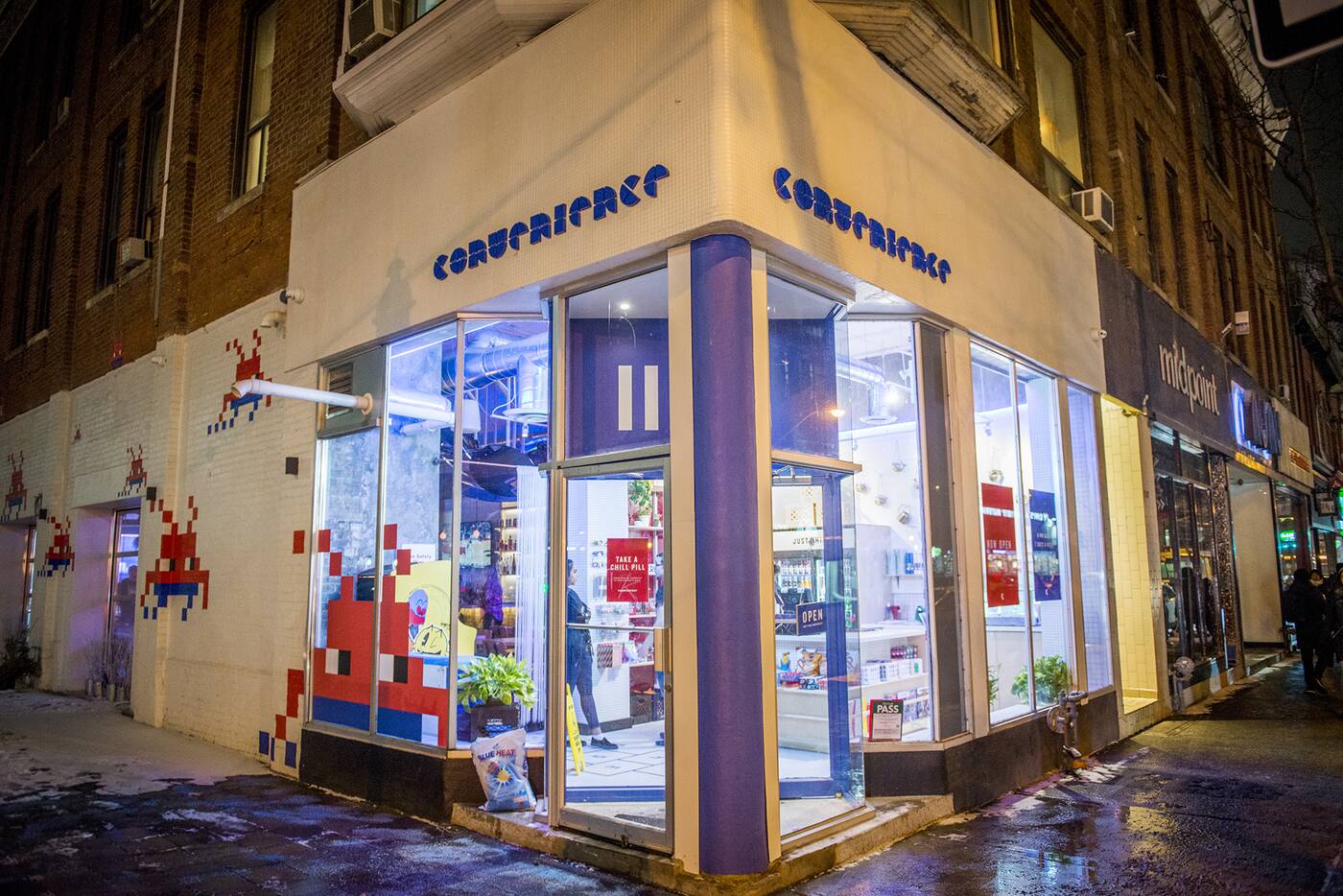