Tanto translates roughly to “so much” in Spanish, and that’s certainly what you’ll find at this project from the folks behind Atlas, Chabrol and Cava where Hungry Amoo used to be.

Rather than an excess of one thing, I interpret the name to mean many small things, as the menu is an elegantly tight bundle of small sharing plates, house baked and cured products, and items prepared on the grill that roars away at the back of the restaurant. 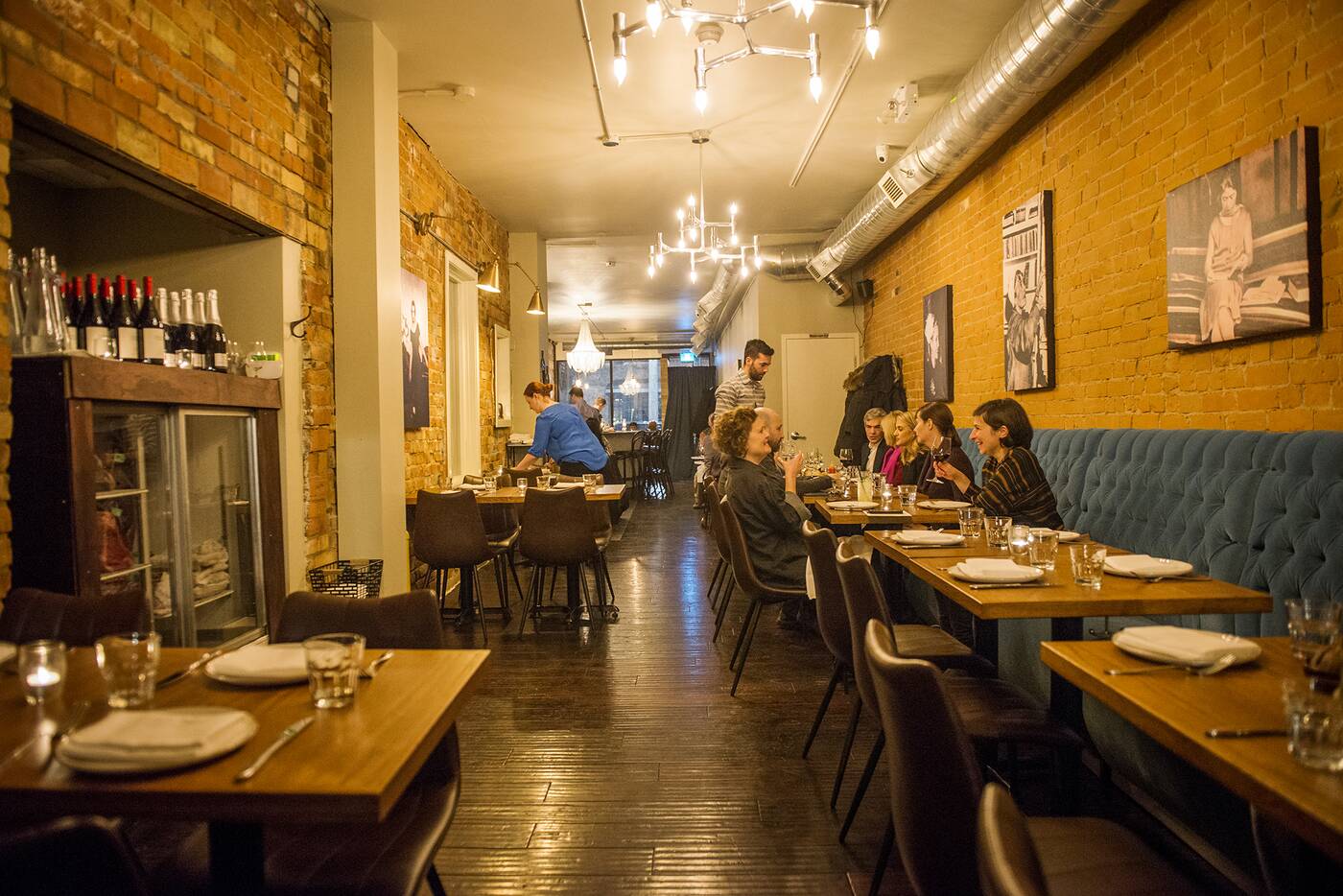 Open kitchens are a common theme among the other restaurants in the group’s happy family. 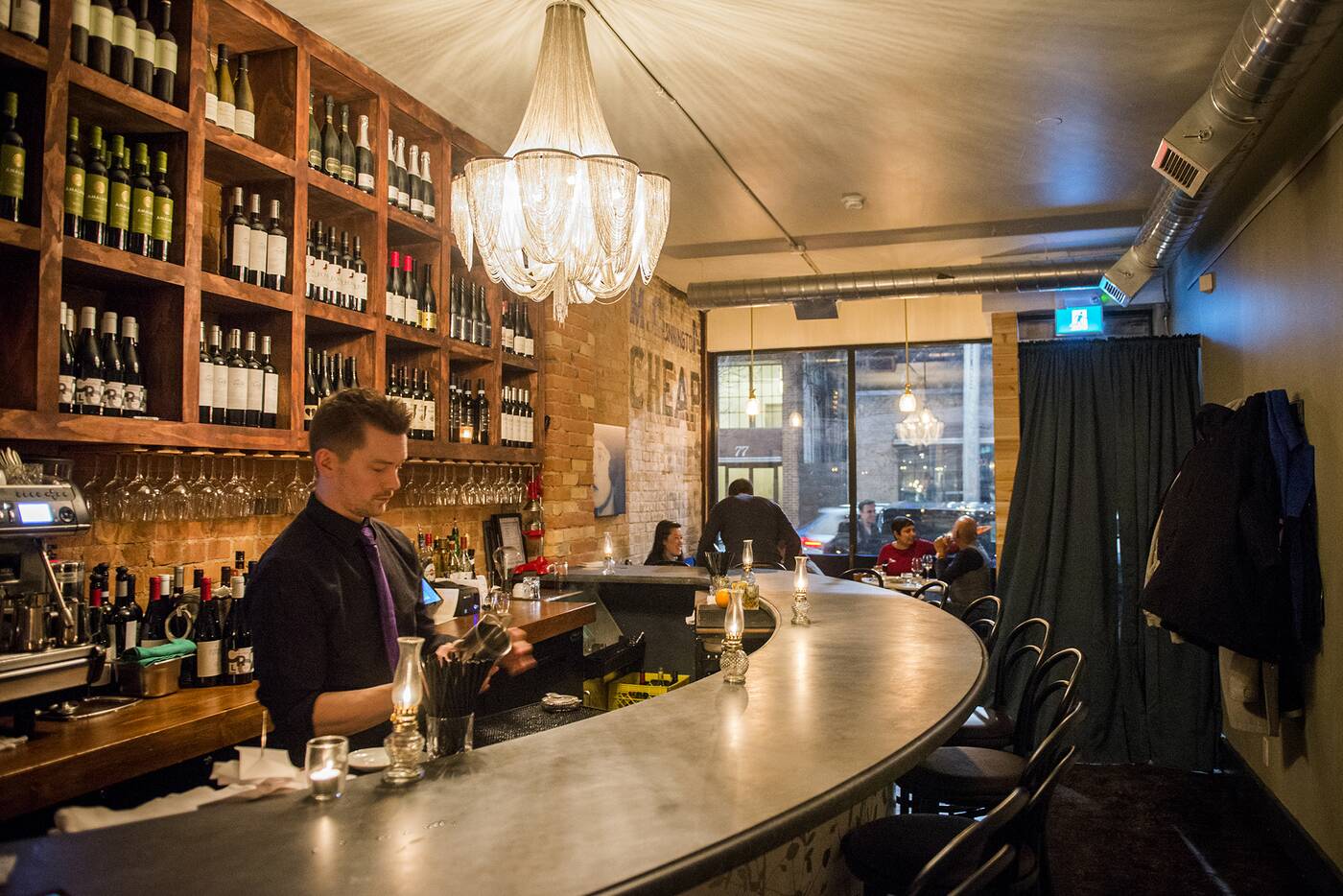 Another tie rests in the sweeping stone bar at the front of the space, a sort of homage to Chabrol’s in tone but with curves rather than corners. A swishy chandelier hangs overhead. 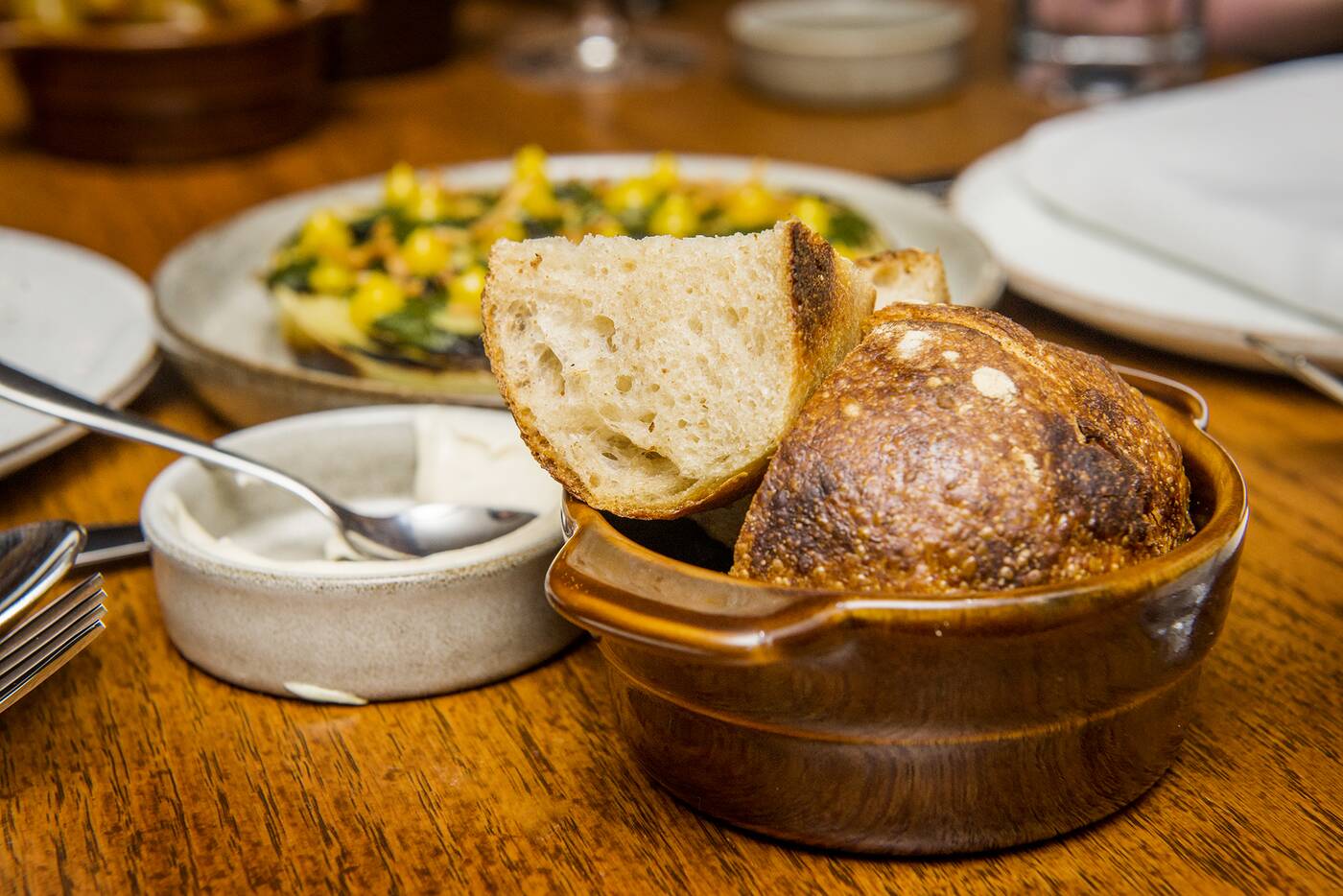 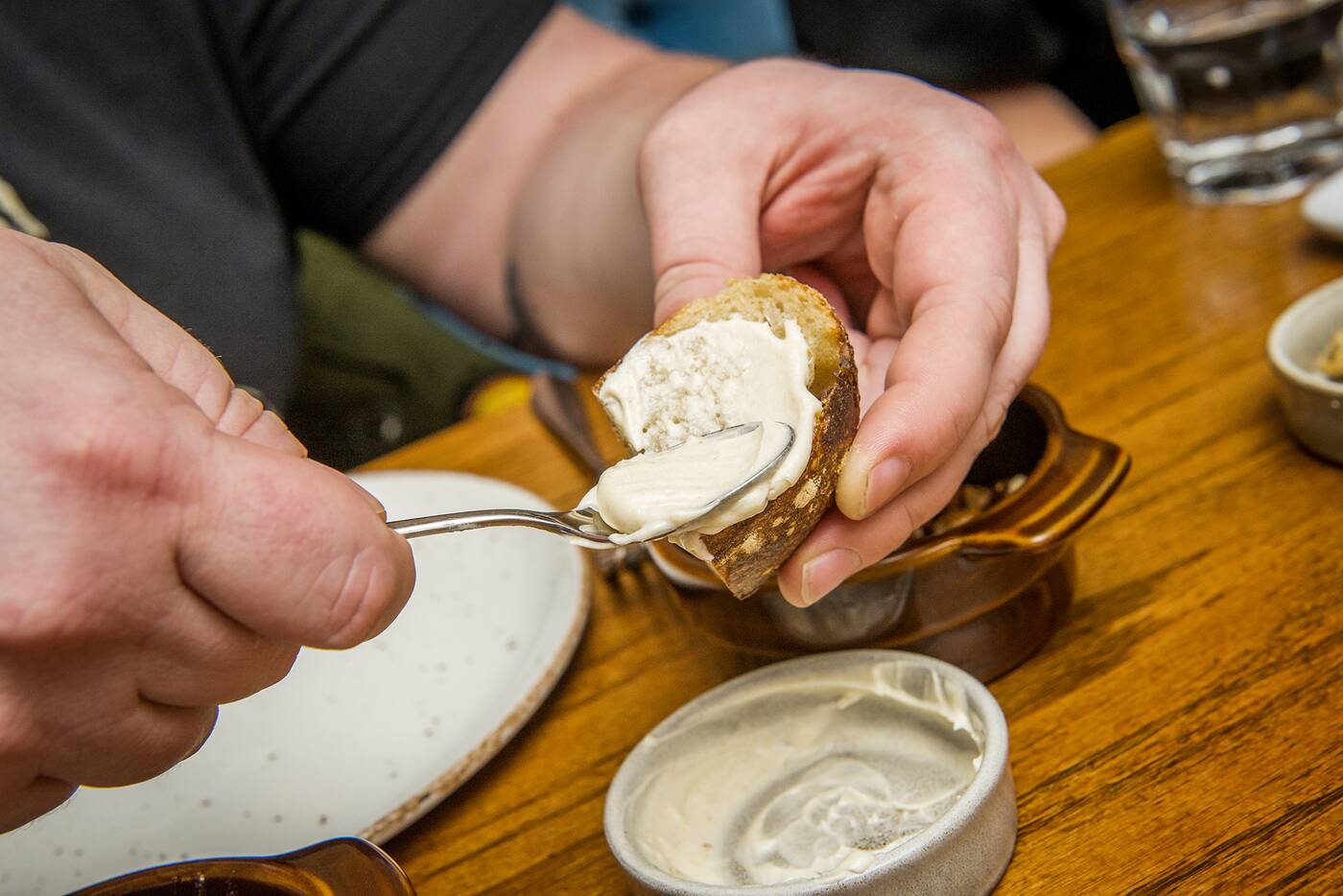 The fist-sized ball of bread is crusty and golden brown on the outside, fluffy and spongy on the inside, perfect for soaking up not only the fat but the rich flavour of the tallow. 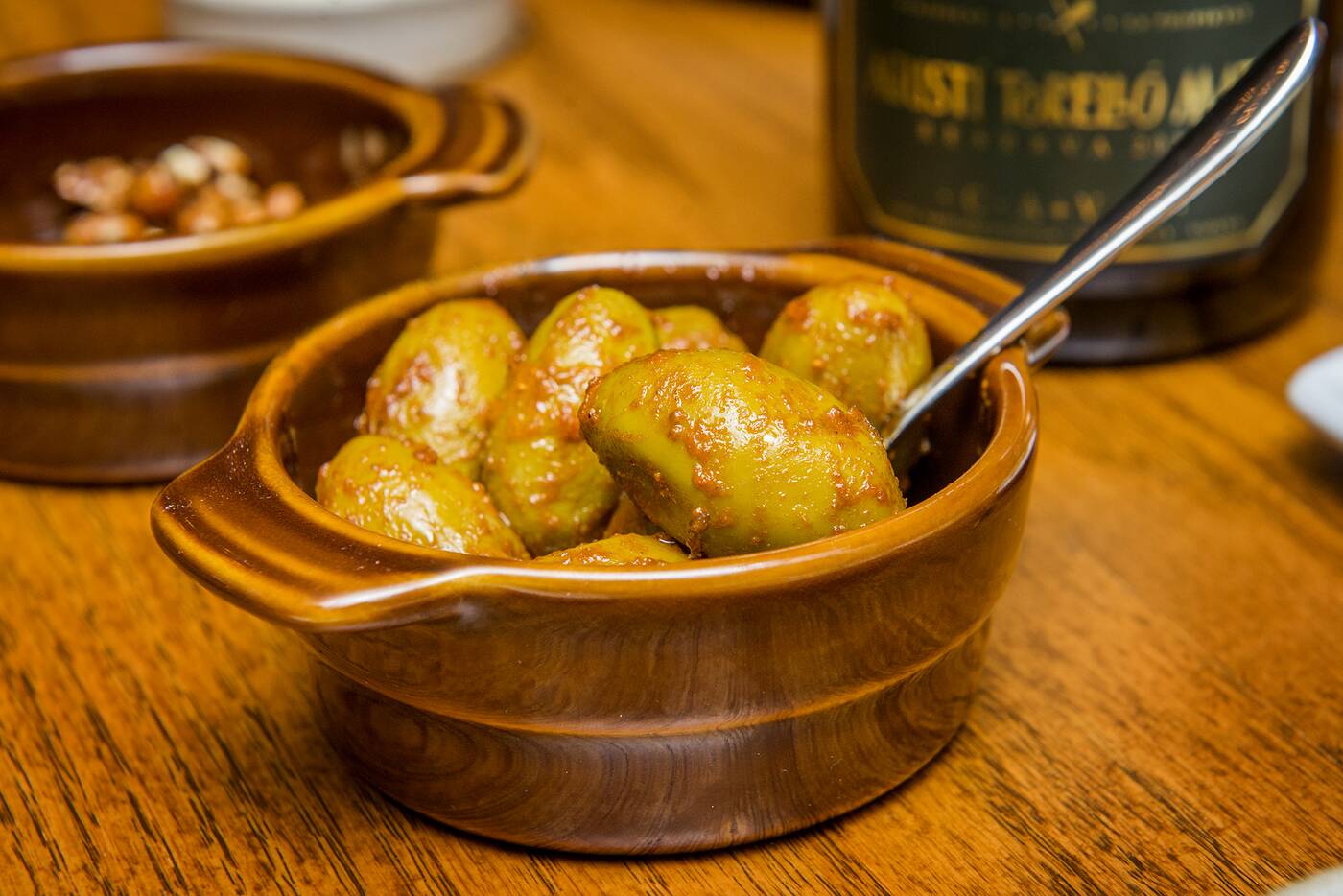 Marinated Cerignola olives ($7) are also a basic must, big meaty guys that can’t be finished in one bite. They’ve been warmed and tossed in a chimichurri. 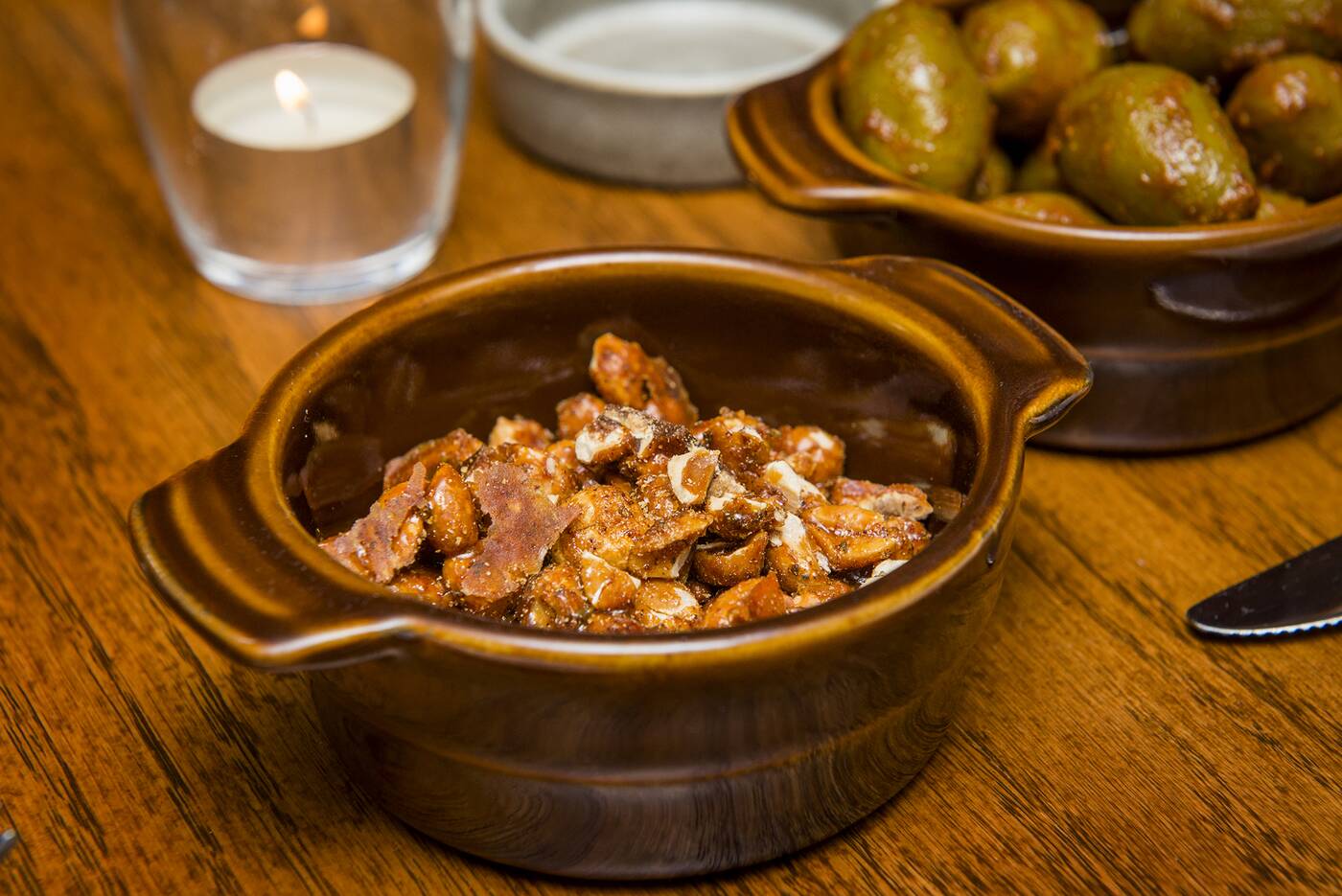 Spiced peanuts ($4) are near addictive, crunchy, crumbly little bites that are sweet and salty, a perfect accompaniment for a drink, especially with the olives. 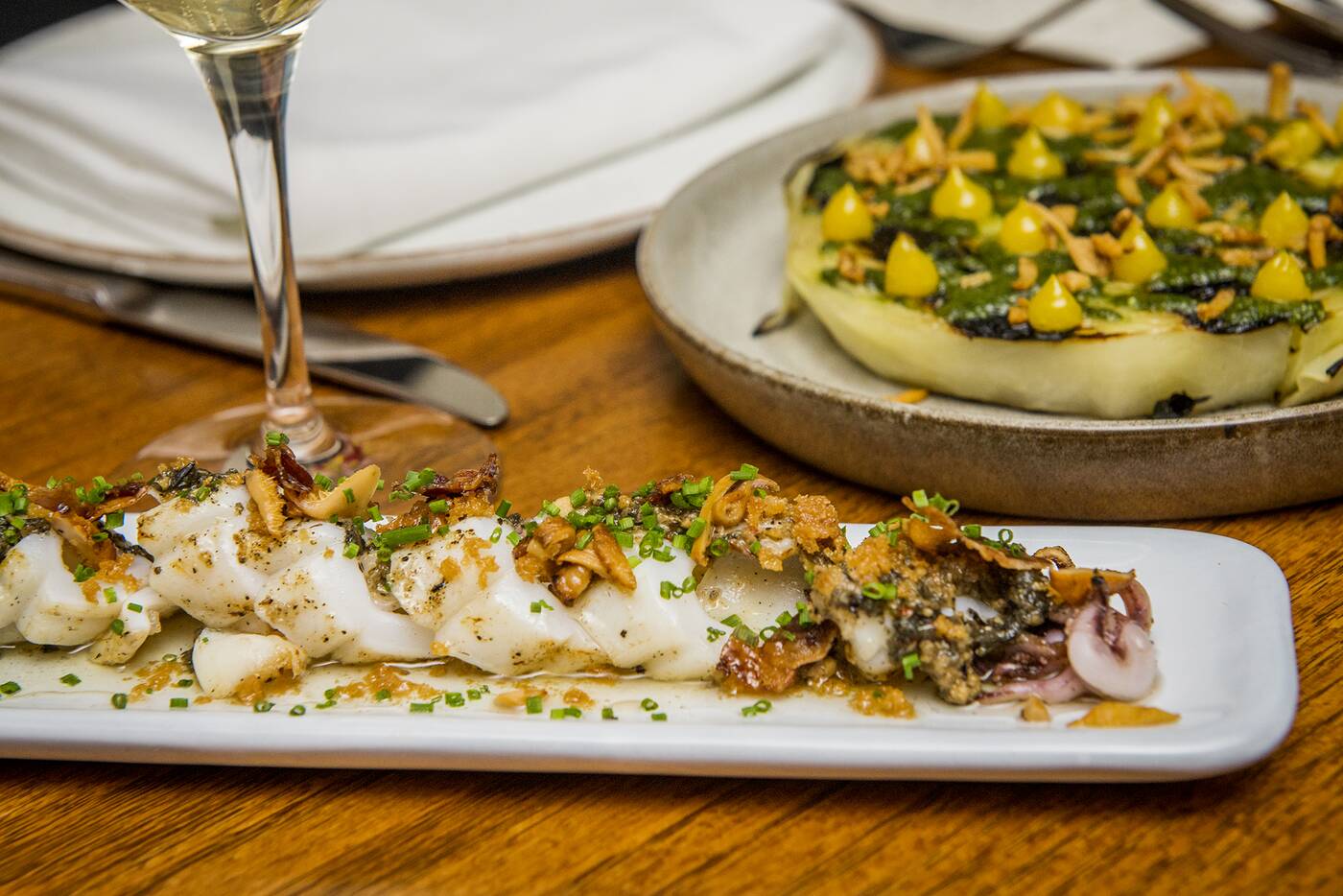 Grilled squid ($18) comes in a very small portion that disappears all too fast. It’s served with a burnt almond salsa, pancetta and preserved mushrooms that all play well off the smoke from the grill and the firm texture of the squid. 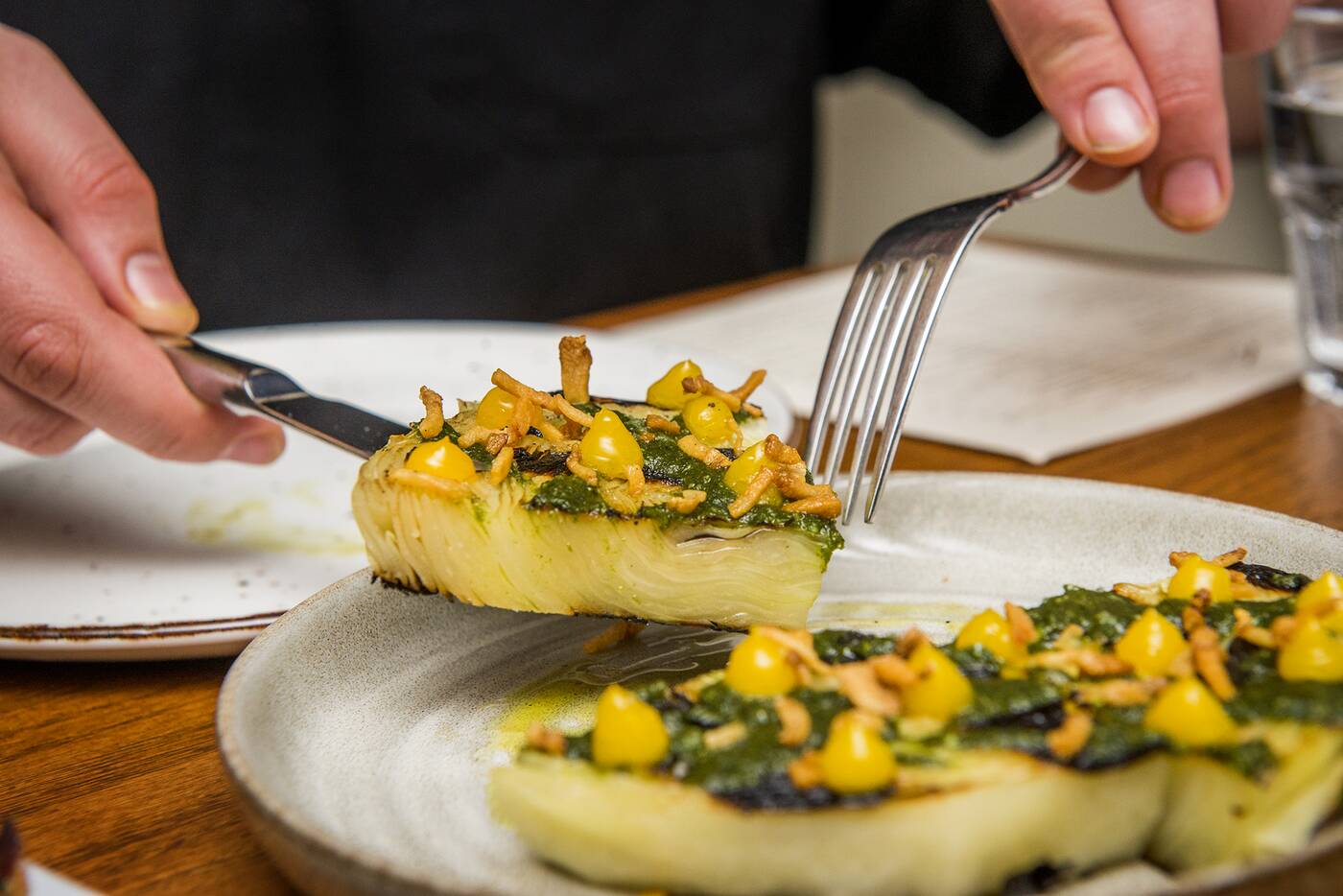 Grilled cabbage ($14) is one of a few dishes where veggies are highlighted. Pesto creates a pleasing criss-cross pattern against grill marks, and cured egg yolk and house guanciale bring saltiness and richness to the delicate cabbage. 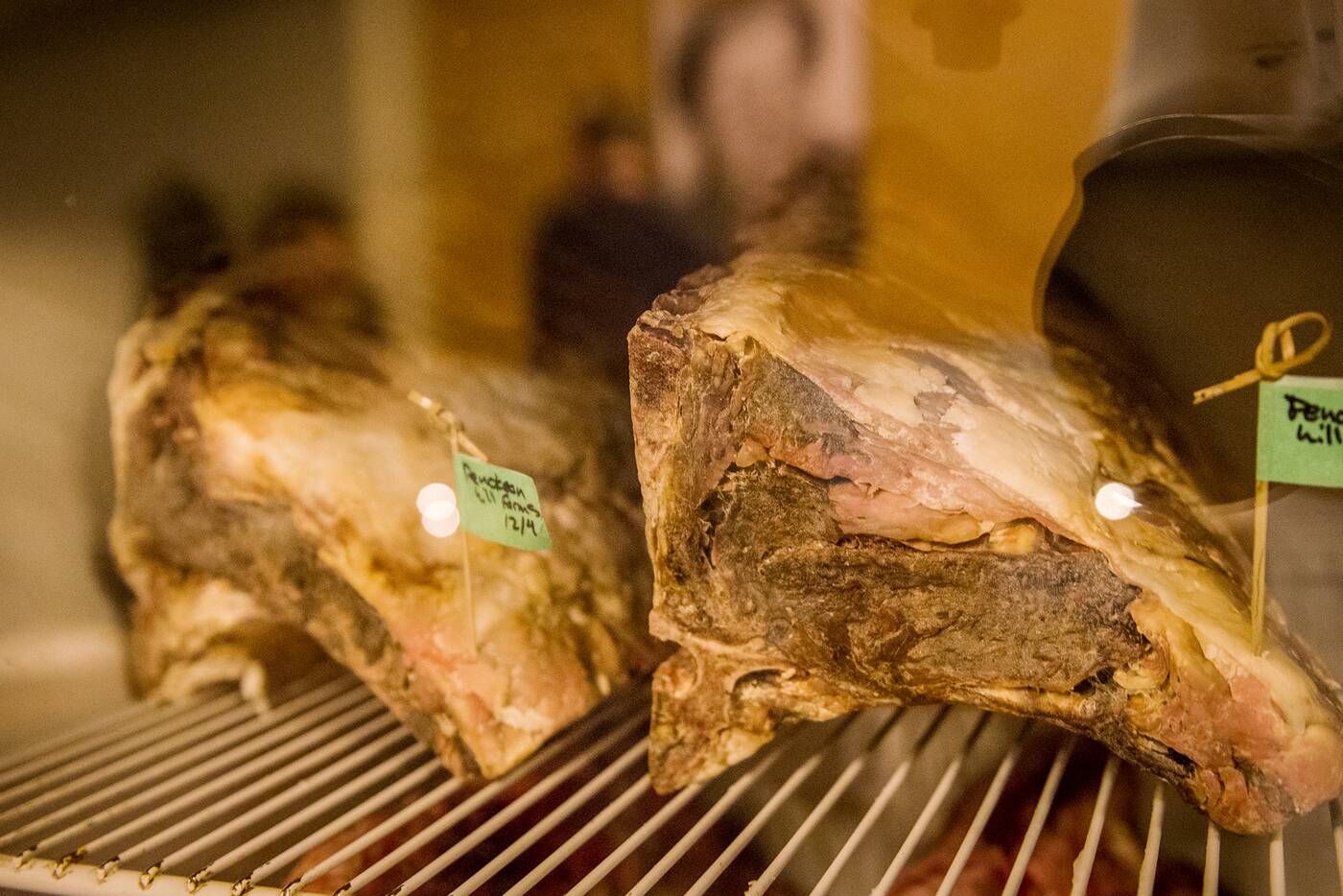 The guanciale itself and other house-cured items sleep quietly in the middle of the active restaurant in a fridge just steps from where they’re consumed. 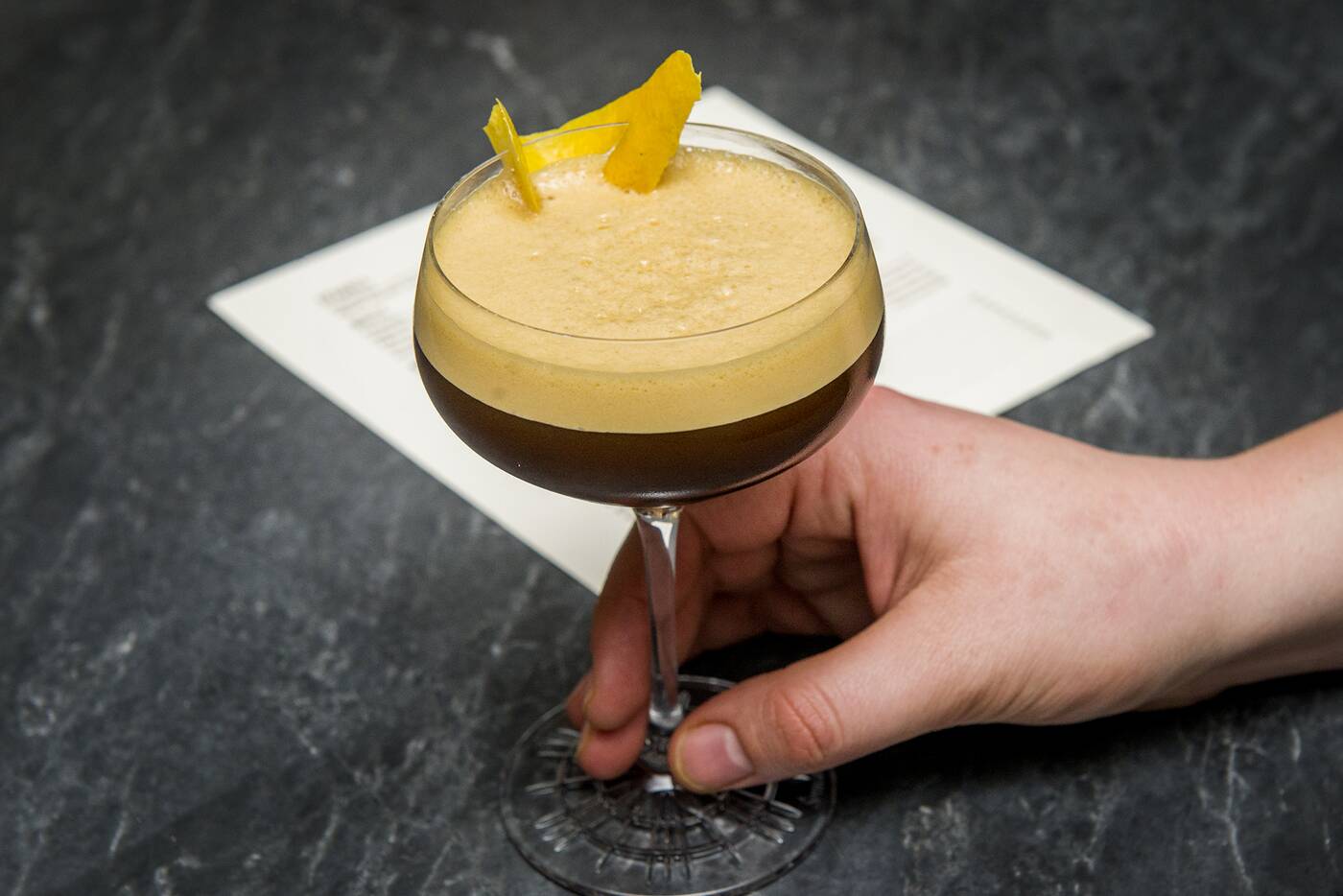 The Cafe Zahir is a simple but mesmerizing cocktail made with Fernet, aromatic espresso and orange, pretty much all the best things ever in my book. 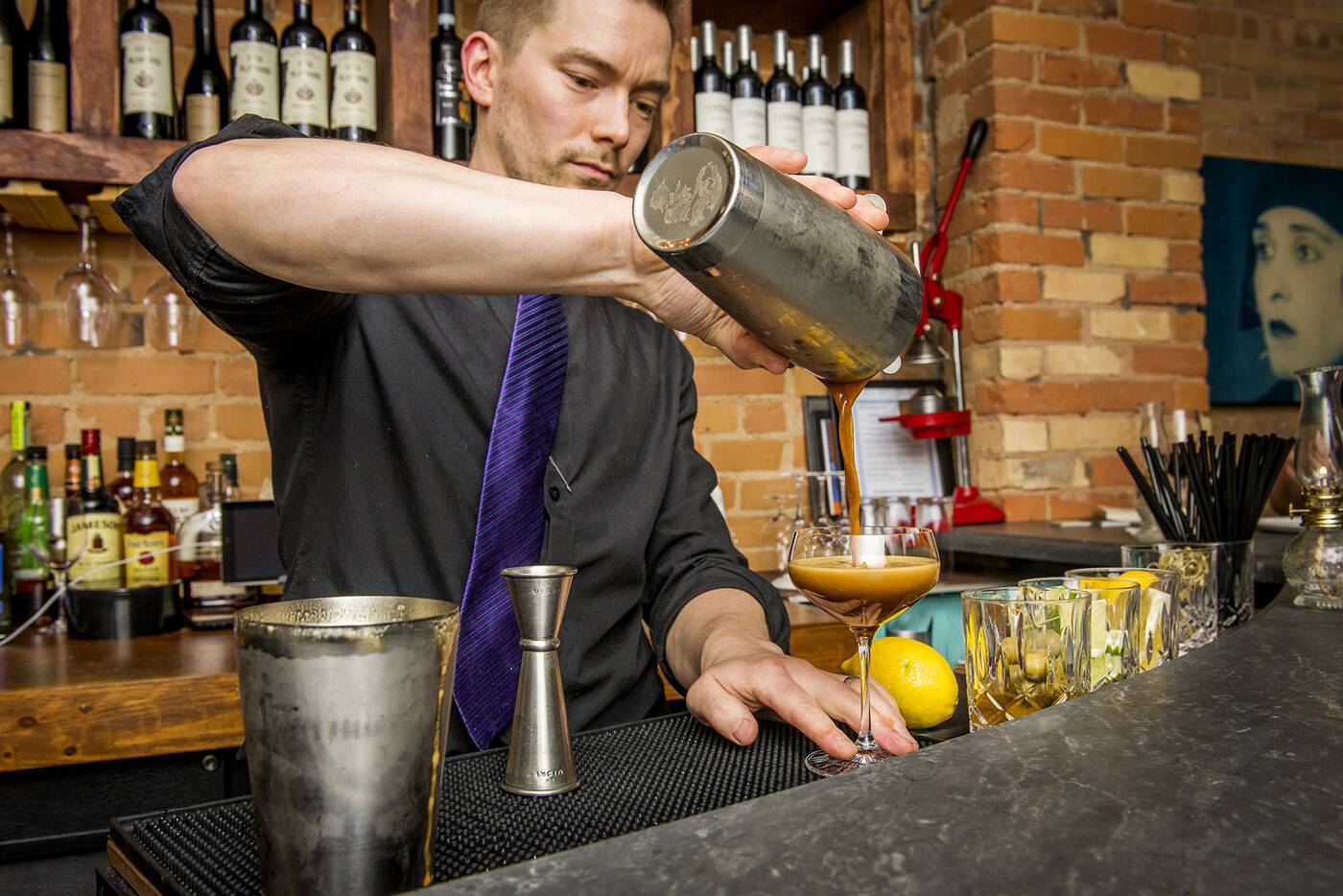 All cocktails are $14 except for an ultra-basic “Fernet Con Coca.” 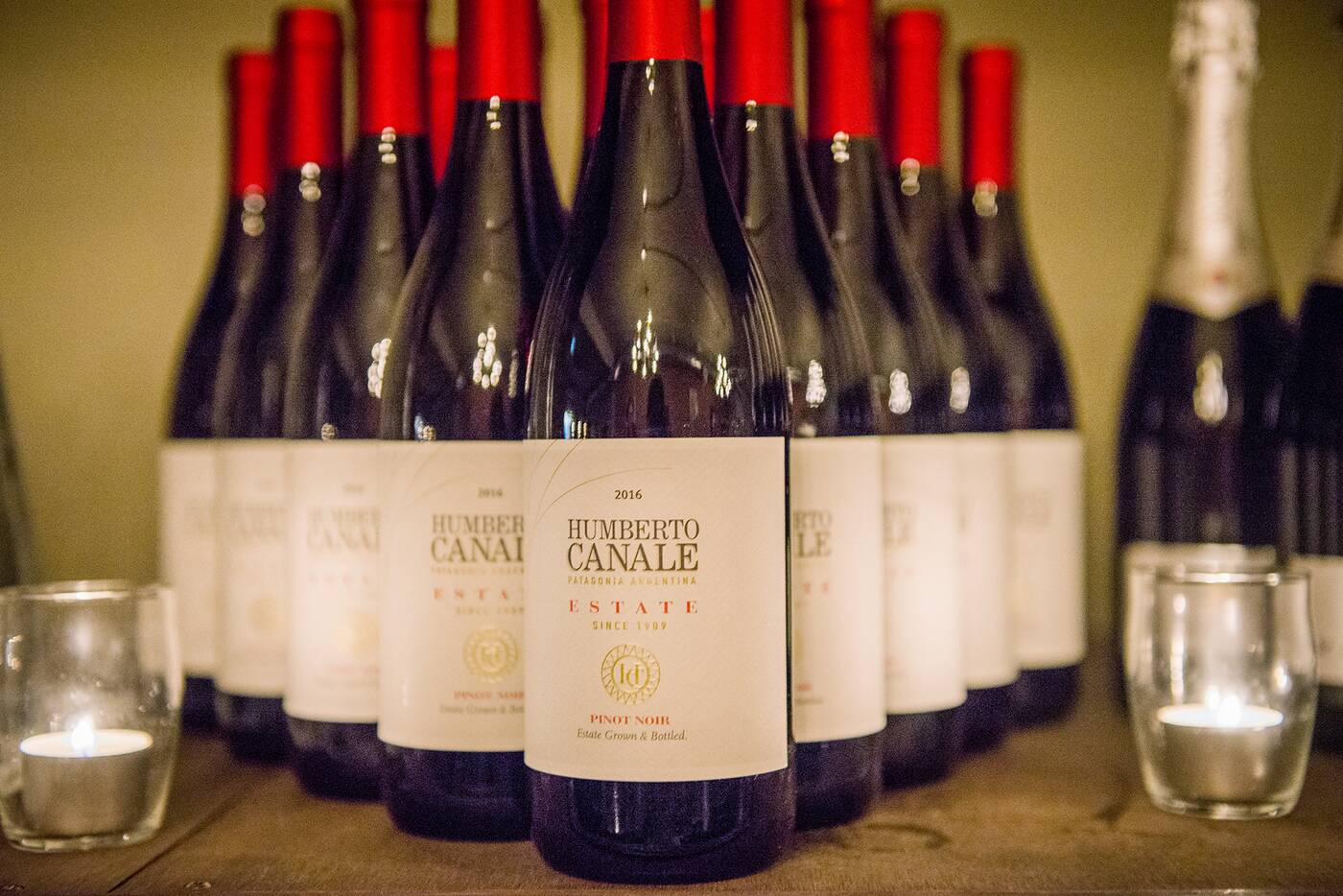 There are about a half dozen options for red or white by the glass or bottle on the select drinks list, most from Argentina, Portugal, or Italy. Quality craft beer options are less far flung during my visit, the majority offerings from local brewery Burdock. 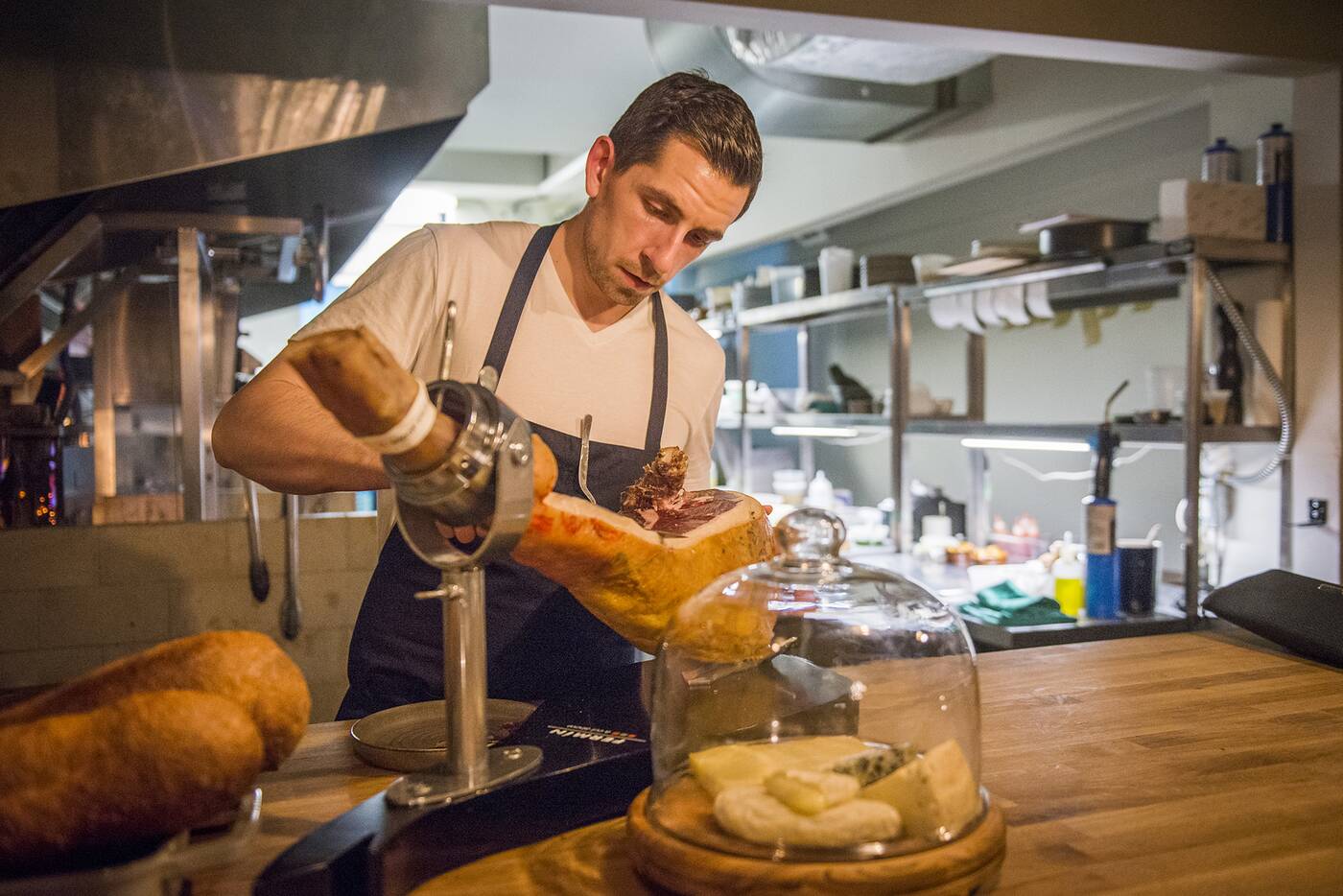 A chef’s table of sorts faces the buzzy open kitchen and a station where jamon is sliced off whole legs, hoof still attached. 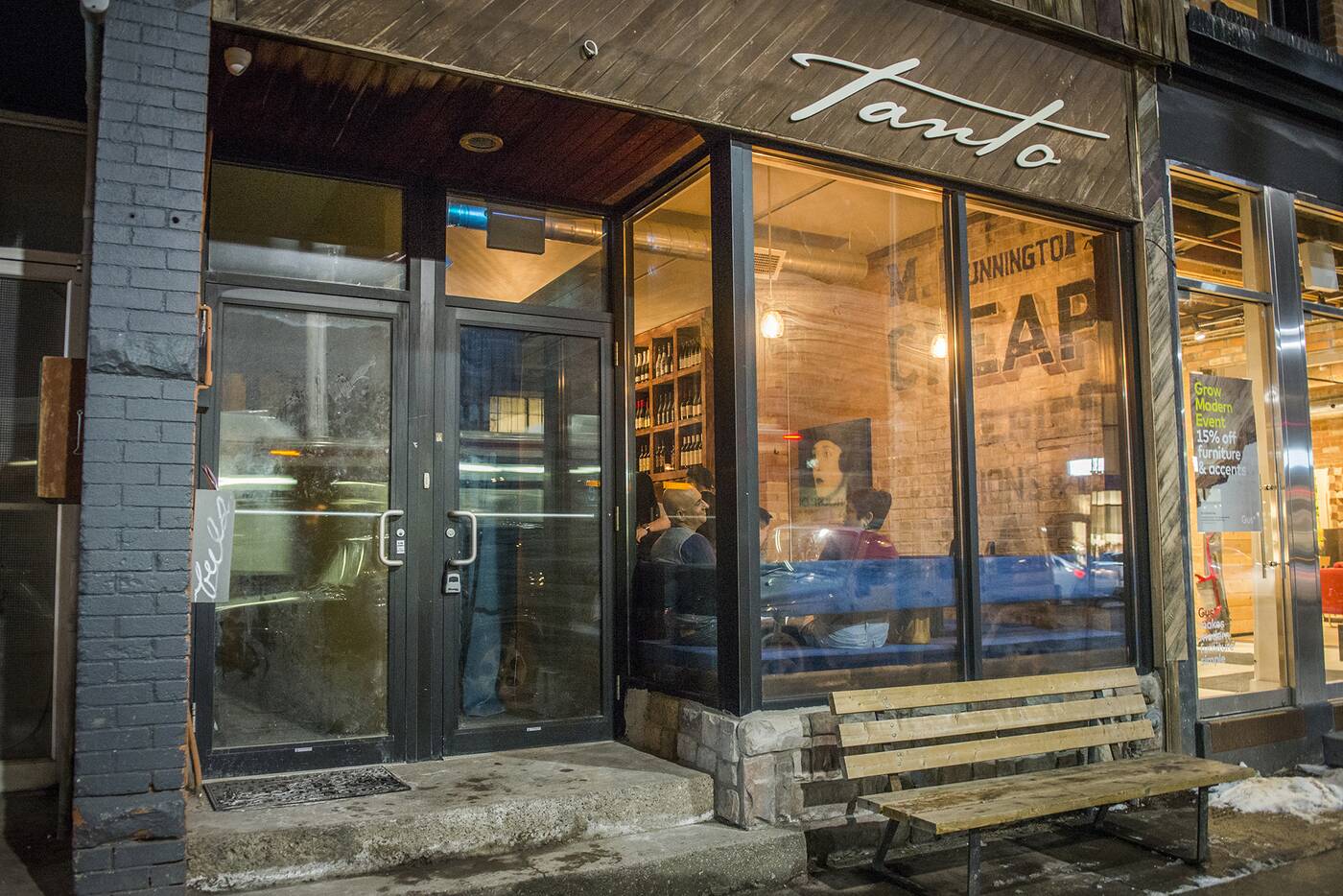