Cava isn't a Spanish restaurant so much as it's Spanish-ish. Tapas, cured meats and Iberian cuisine play a prominent role, but you'll also find the menu peppered with influences from Central and Latin America.

A decade in and the restaurant has established itself as a stalwart on Yonge north of St. Clair in a protected enclave of shops that enjoys a covered patio in the warmer months. 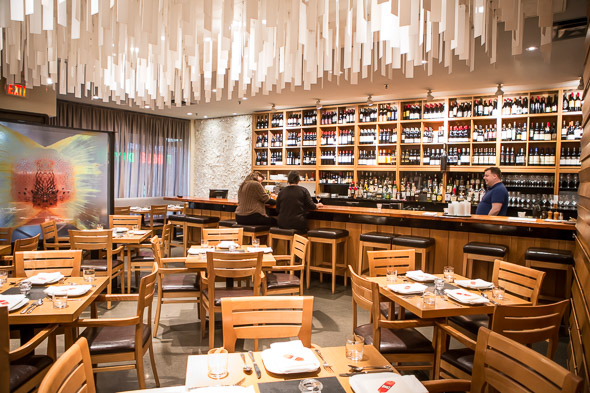 Inside, the dining room is furnished with comfortable, wide armchairs for all - it's an old school luxury that suddenly feels Jamais vu now that dining on school chairs and bar stools is the norm.

Key decorative features include a wall of Rosenthal crockery smashed to bits and a sculptural ceiling that dangles like icicles. 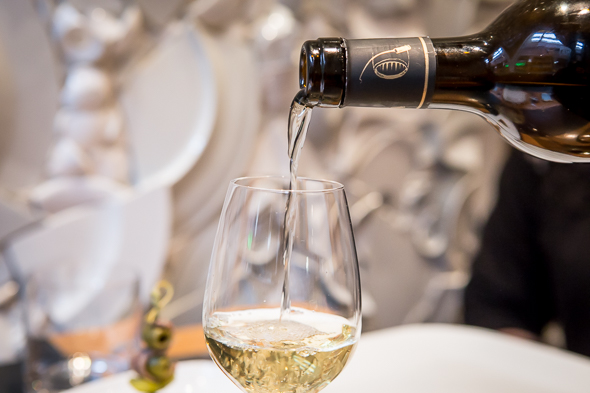 At the bar you'll find an extensive wine list in addition to one of the city's largest selections of sherry, fourteen of which are available by the glass. 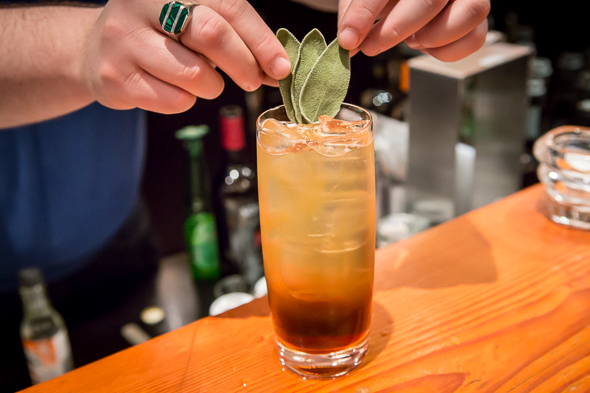 When it comes to cocktails, the house favours bold flavours that are low in alcohol content. I sample what might be best compared to a spritzer, featuring cream sherry brightened up with Basque cider Sidra Bere. 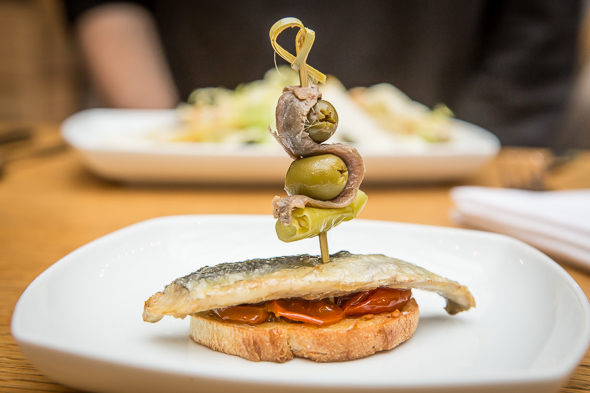 The menu from chef and owner Doug Penfold opens with nibbles including warm marinated olives ($4) and various pintxos ($4-$9.50).

While plenty of the dishes will change with the seasons, the Supergilda ($5) is a staple built on pan con tomate , crostini rubbed with raw garlic and slathered with pressed cured tomato. It's then topped with a tower of olives, anchovy fillet and escabeche sardines. 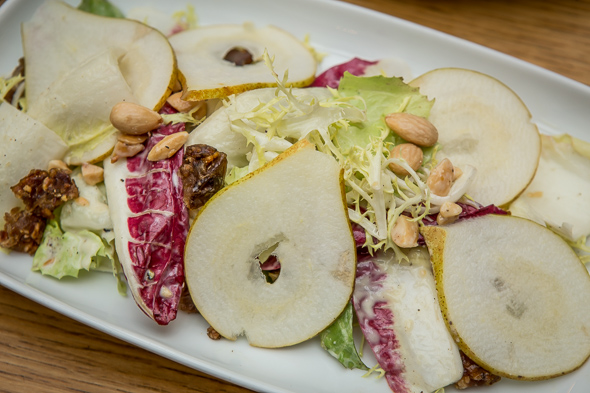 A salad of endives and trevisso ($14) tossed in a creamy valdeon (Spanish blue cheese) dressing comes paired with smoked almonds and fresh pear. Similar to the approach at the bar, the ingredients seem light and simple but they pack bold flavours. 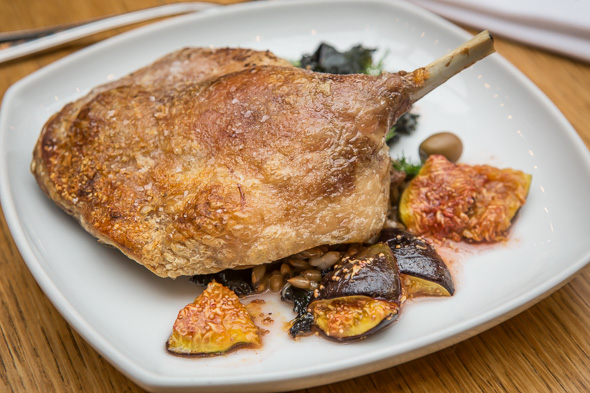 Heartier dishes include the roasted duck leg ($25) paired with briney arbequina olives and sweet figs stewed with honey, orange and cinnamon. It's accompanied by sautĂŠed kale and rye berries flavoured with dill.

The restaurant caters to a loyal crowd of guests, so plenty of the most popular dishes are fixtures while the occasional new and seasonal feature aims to keep things interesting. 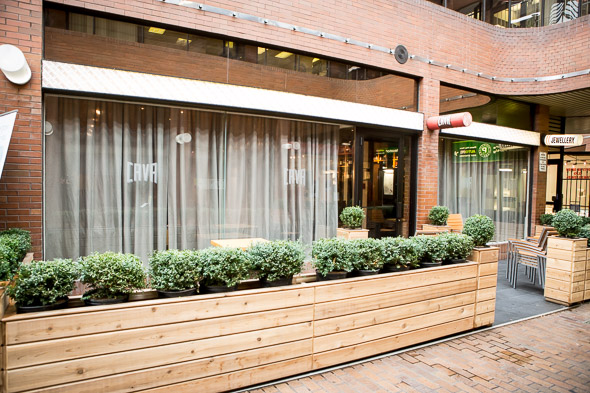