Atlas is a French Moroccan restaurant from the same folks behind Cava and Chabrol. It’s easy to see how French technique and Spanish passion come together to influence this place.

Moroccan cuisine may not be that common in Toronto, but it’s simple enough to be accessible, a lot of sharing plates eaten with the hands where one bold flavour often comes through to make all the others pop. 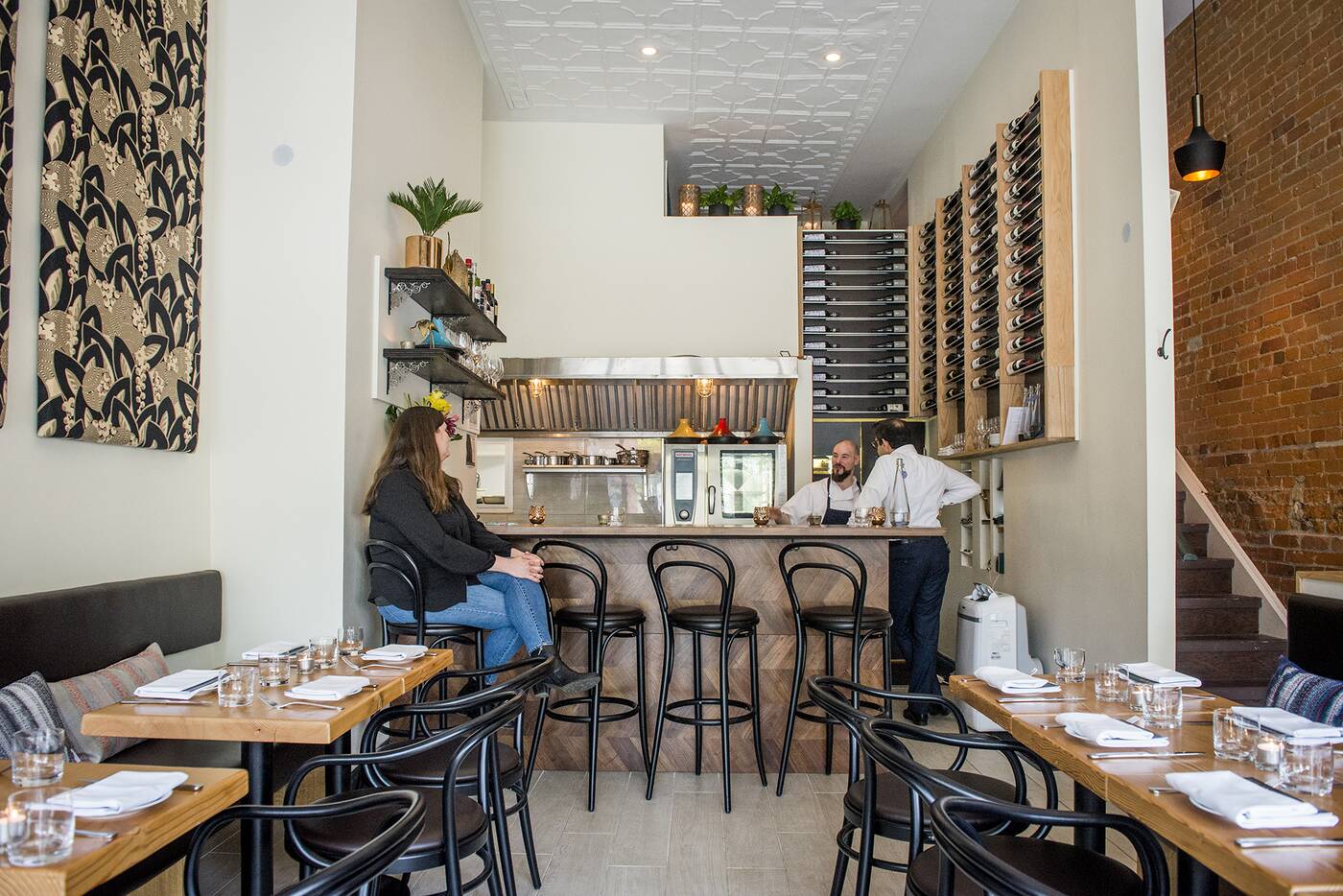 The small yet breathy space is similar to Chabrol in capacity but with much higher ceilings and perhaps a calmer vibe. 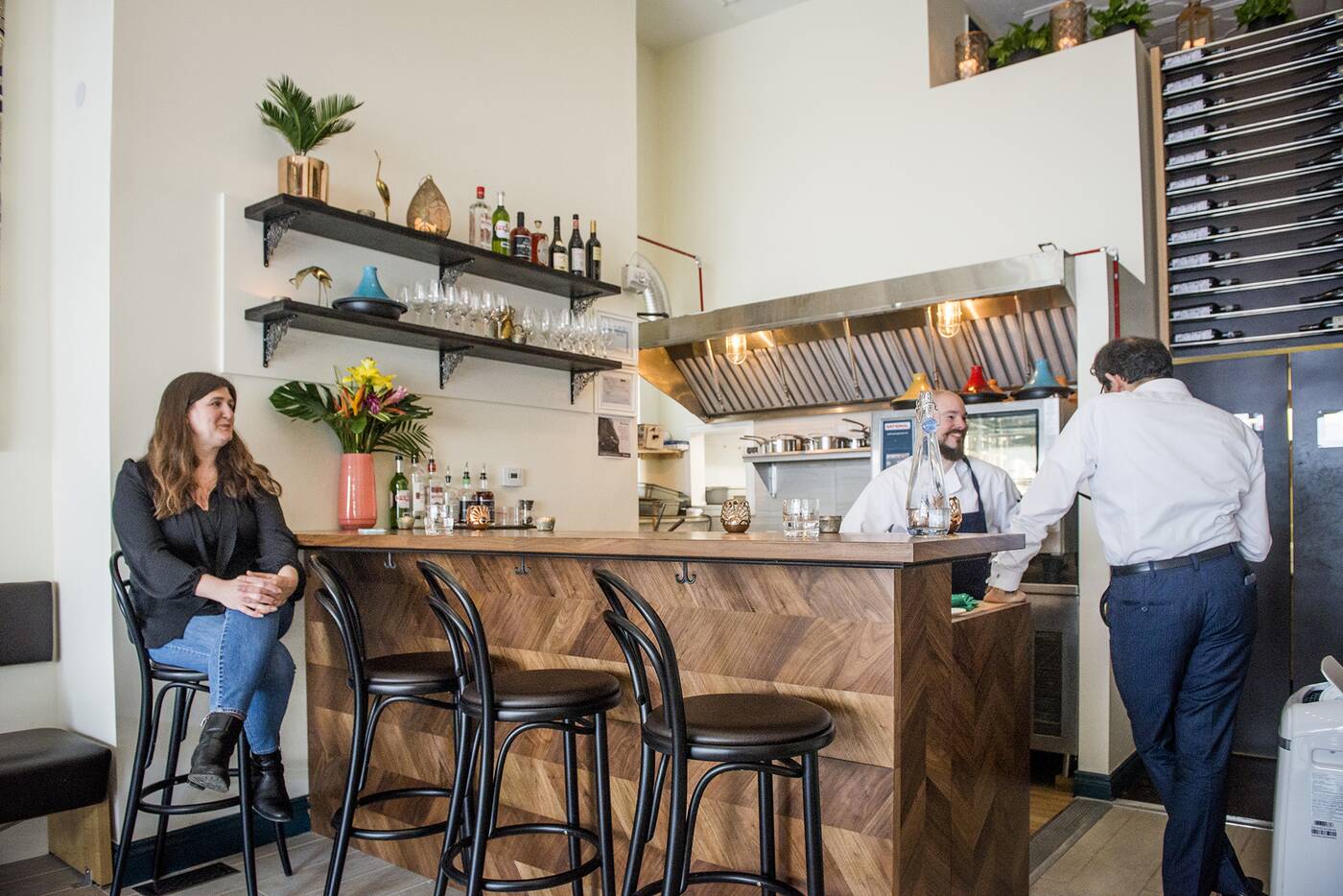 They’ve kept the open kitchen concept their customers have enjoyed at Chabrol, though. 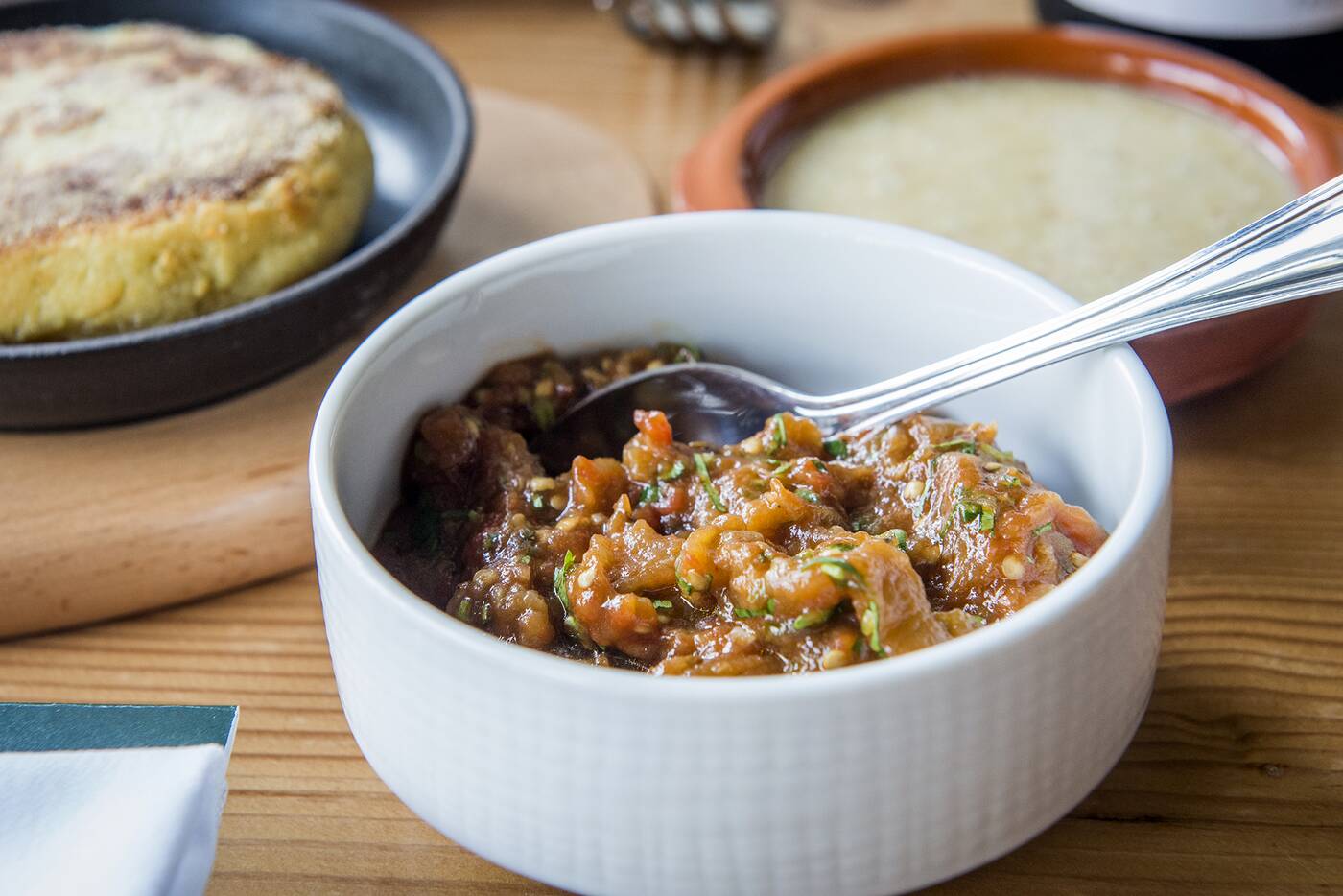 Eggplant zaalouk ($10) is one of several starters for dipping. The eggplant has been charred on charcoal for a deeper, more complex flavour, mixed with tomato, cilantro and olive oil. 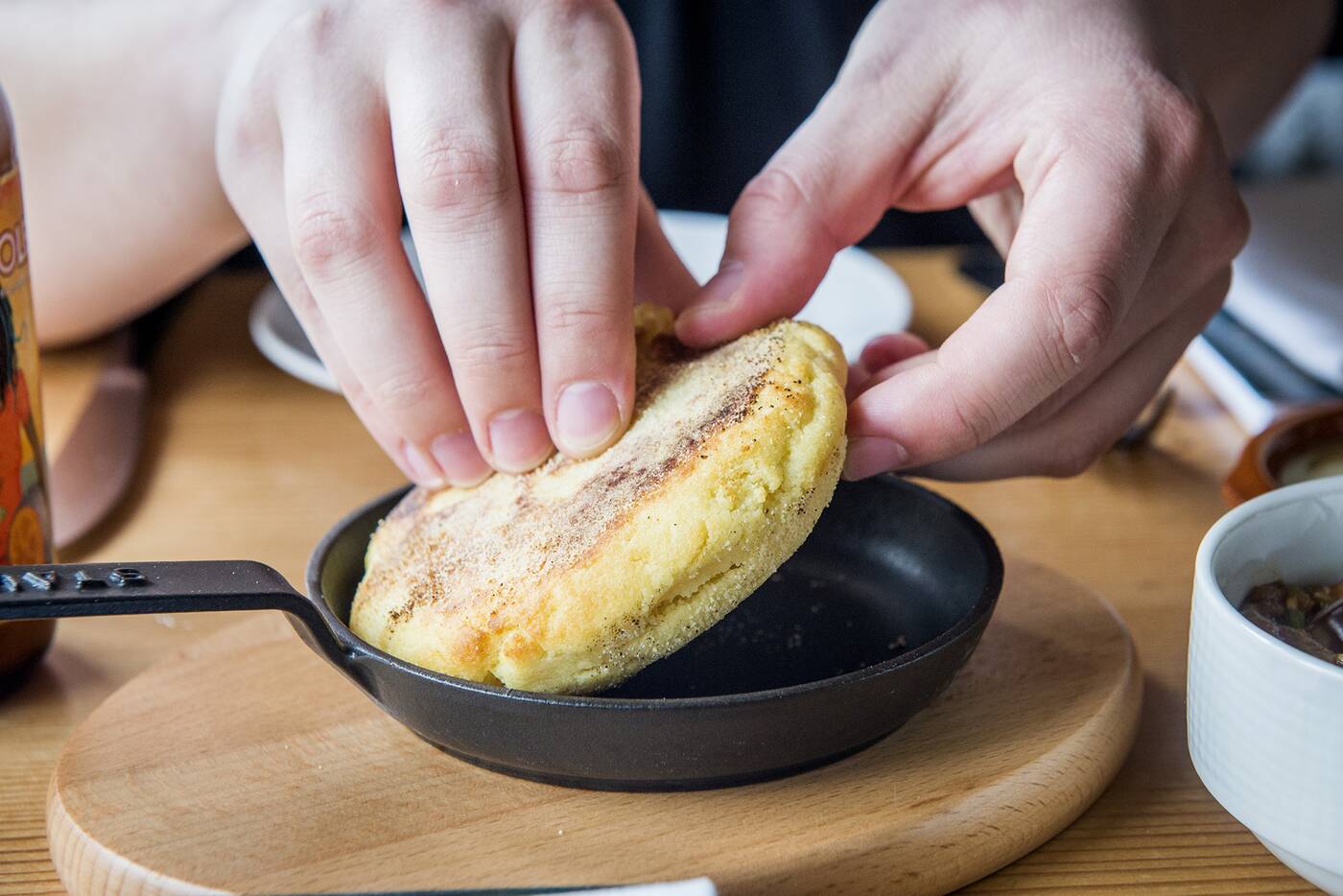 Harcha ($3) is a type of Moroccan flatbread that feels almost like a Mexican corn cake. As soon as I rip into it with my hands and start spooning zaalouk onto it, any pretension I felt in this dining room crumbles. The bread does too, to the level where it’s a little unmanageable.

A dip of amlou ($10) is a shallow dish of an almond, honey and argan oil paste that’s sticky, sweet, and a little like a cross between hummus and marzipan. Argan oil is still primarily harvested in Morocco by women of the Berber tribe. 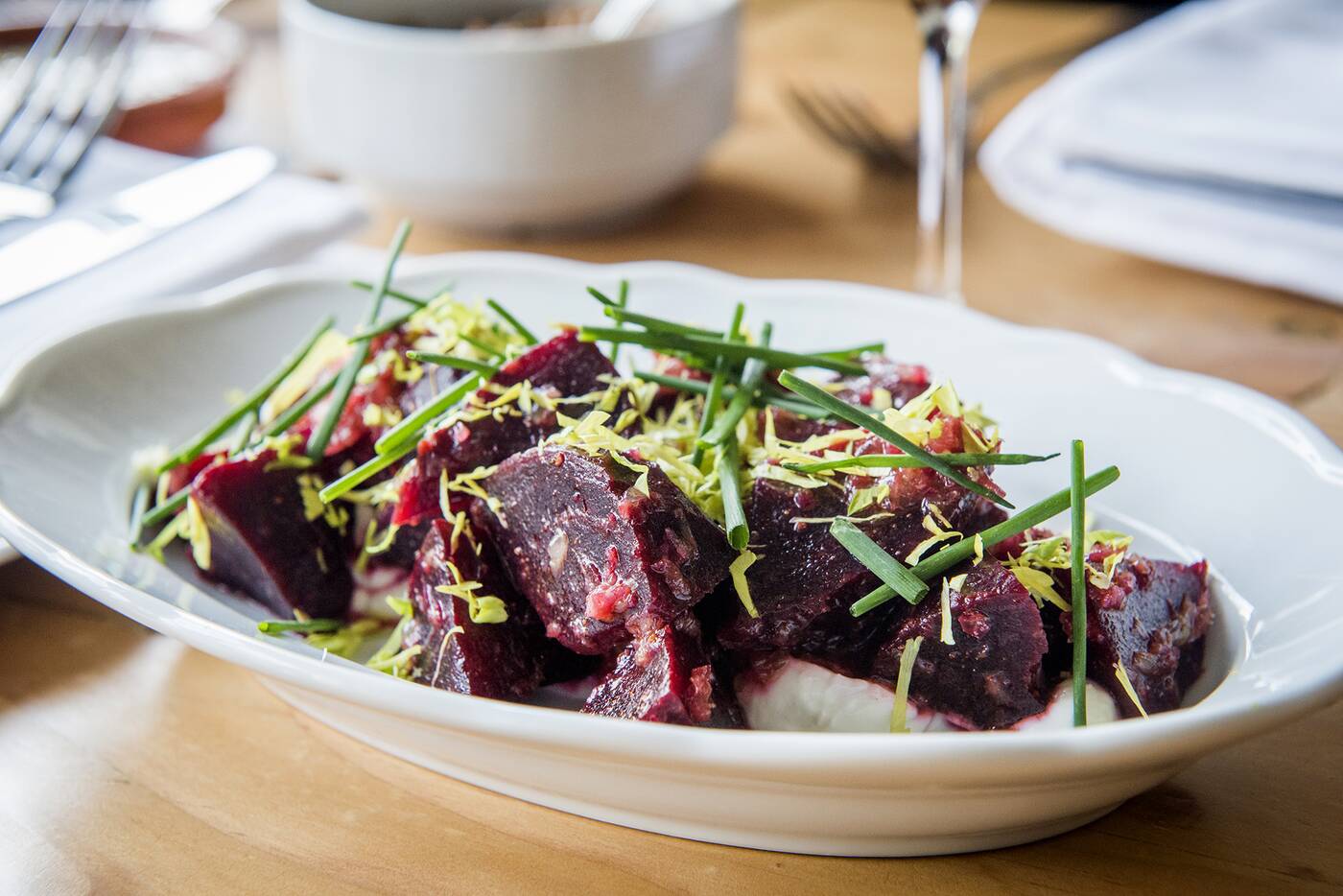 A salad of roasted beets ($10) is highlighted and brought out of the realm of the ordinary with cinnamon and bright, citrusy preserved lemon. 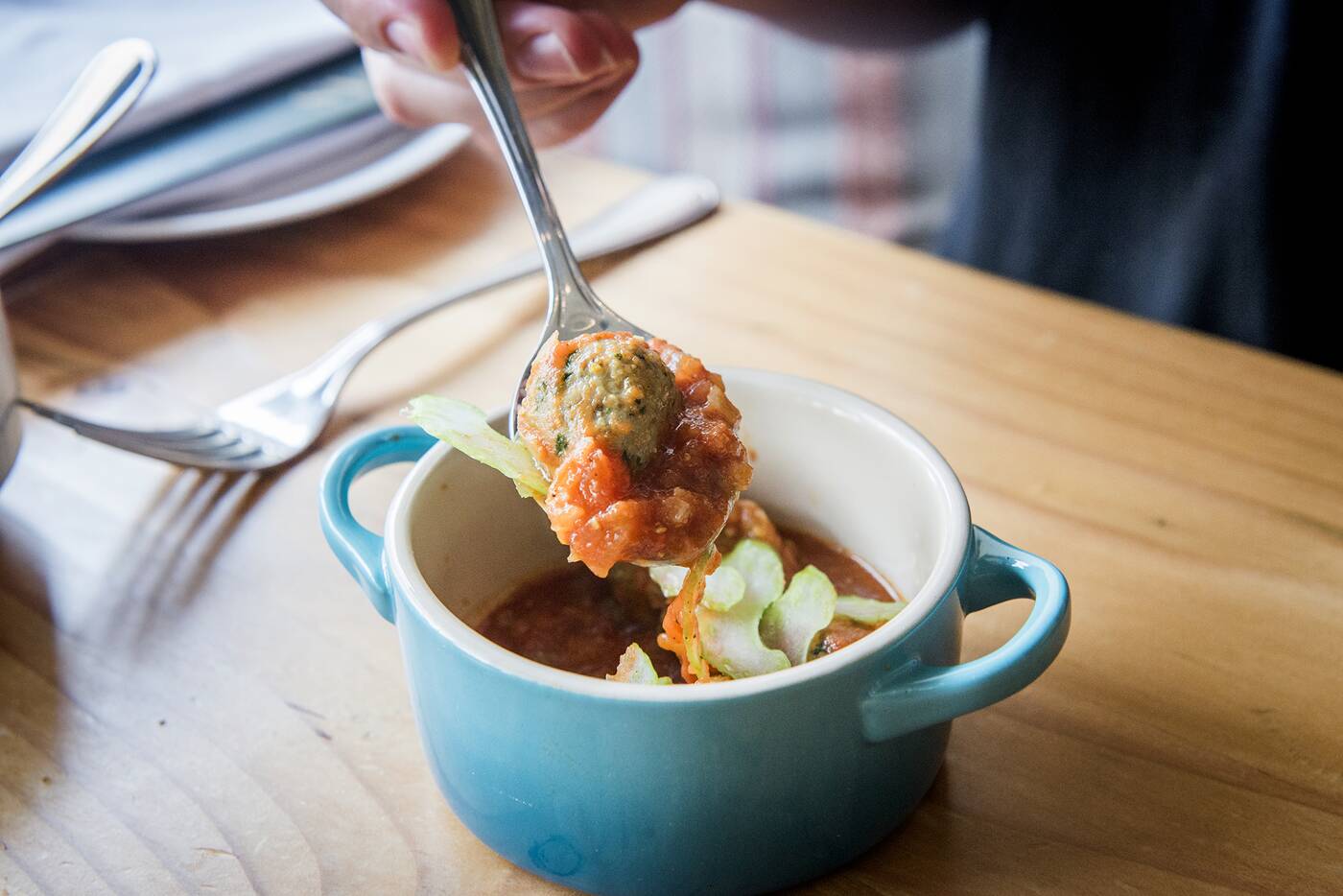 Sardine kefta ($8) is served in a covered dish swimming in sauce, flavoured with North African spice ras el hanout and picked up by paper-thin slices of crisp celery. 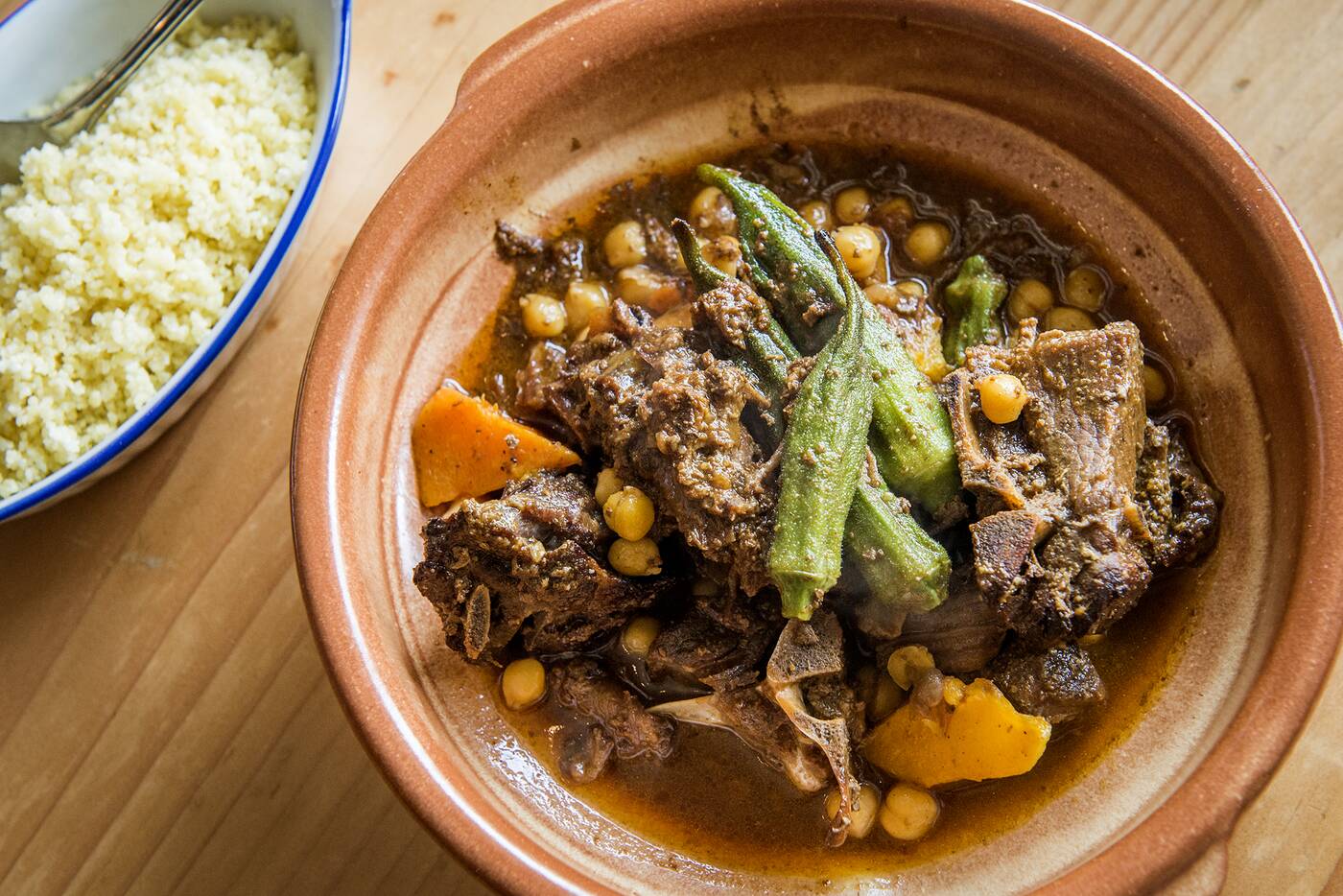 Tagines have protein options of whitefish ($35/$70) or goat ($40/$80). The tagine is a vessel with a cylindrical top that slow cooks the meat inside until it’s fall-apart tender.

Chunks of molten, bone-in goat are mixed with equally tender okra, chickpeas, and soft chunks of butternut squash. A side of plain but fluffy couscous ($4) soaks up the sauce that pools in the tagine. 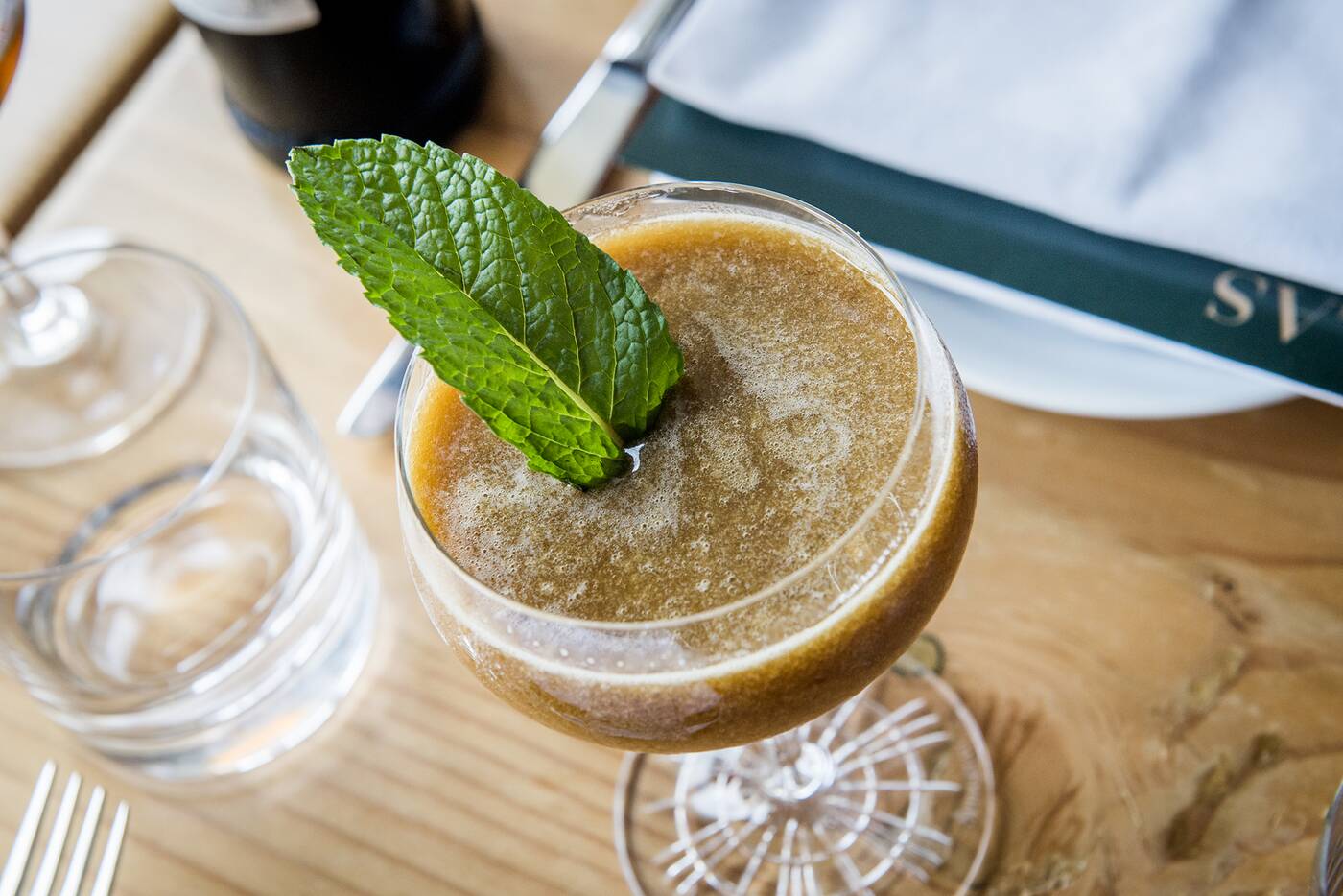 The Berber Brew ($16) is based off Dark Horse rye, nonino amaro, PX sherry (playing off their extensive sherry list) apricot, a strong hit of surprisingly creamy espresso, all tied together with ras el hanout, a spice blend that varies from house to house in Africa. 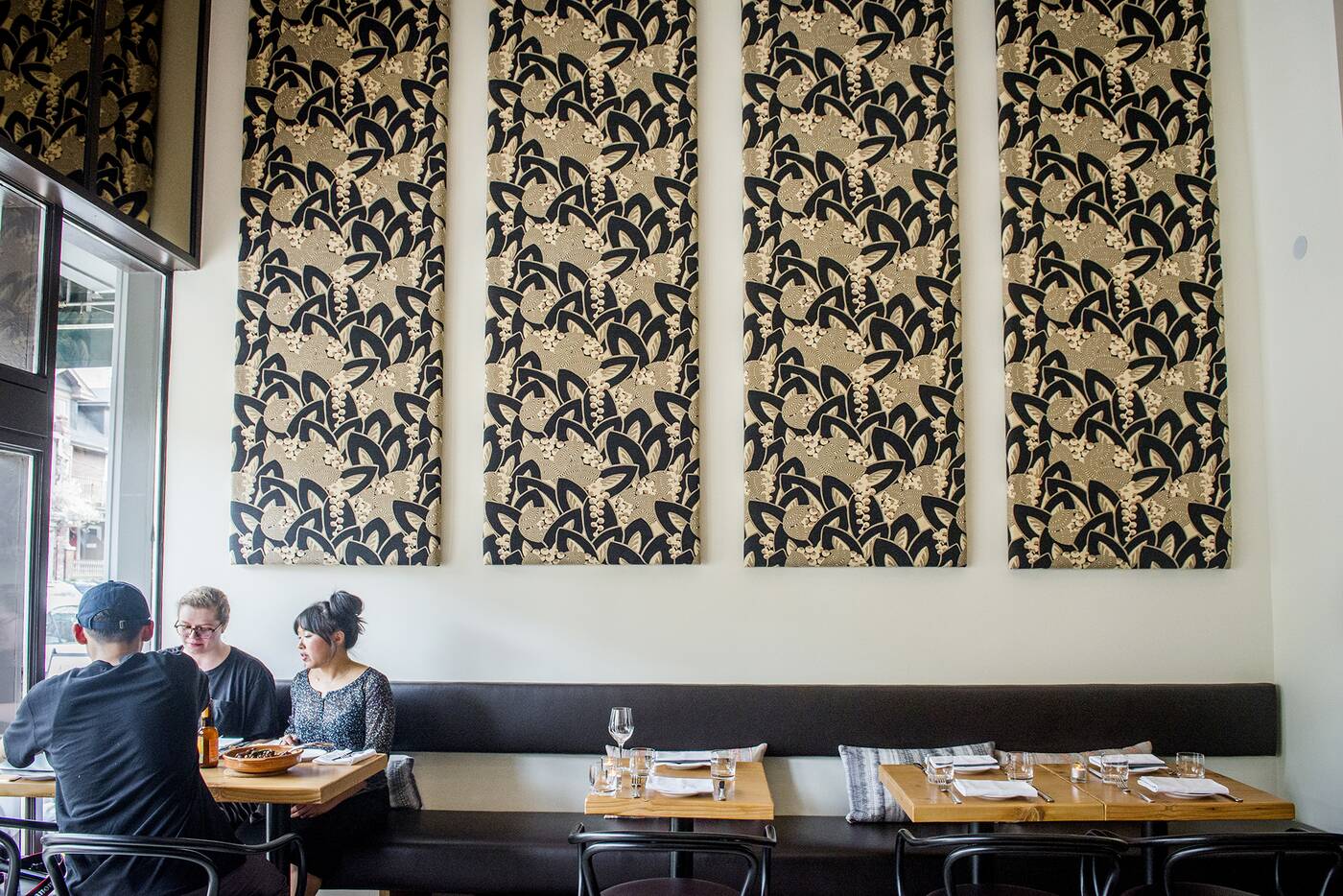 Patterns and jungly plants that remind me of an upscale resort, and just for a second make me almost feel like a global traveller who felt like she closed her eyes, stuck her finger into an atlas and travelled to Morocco on a whim for the evening. 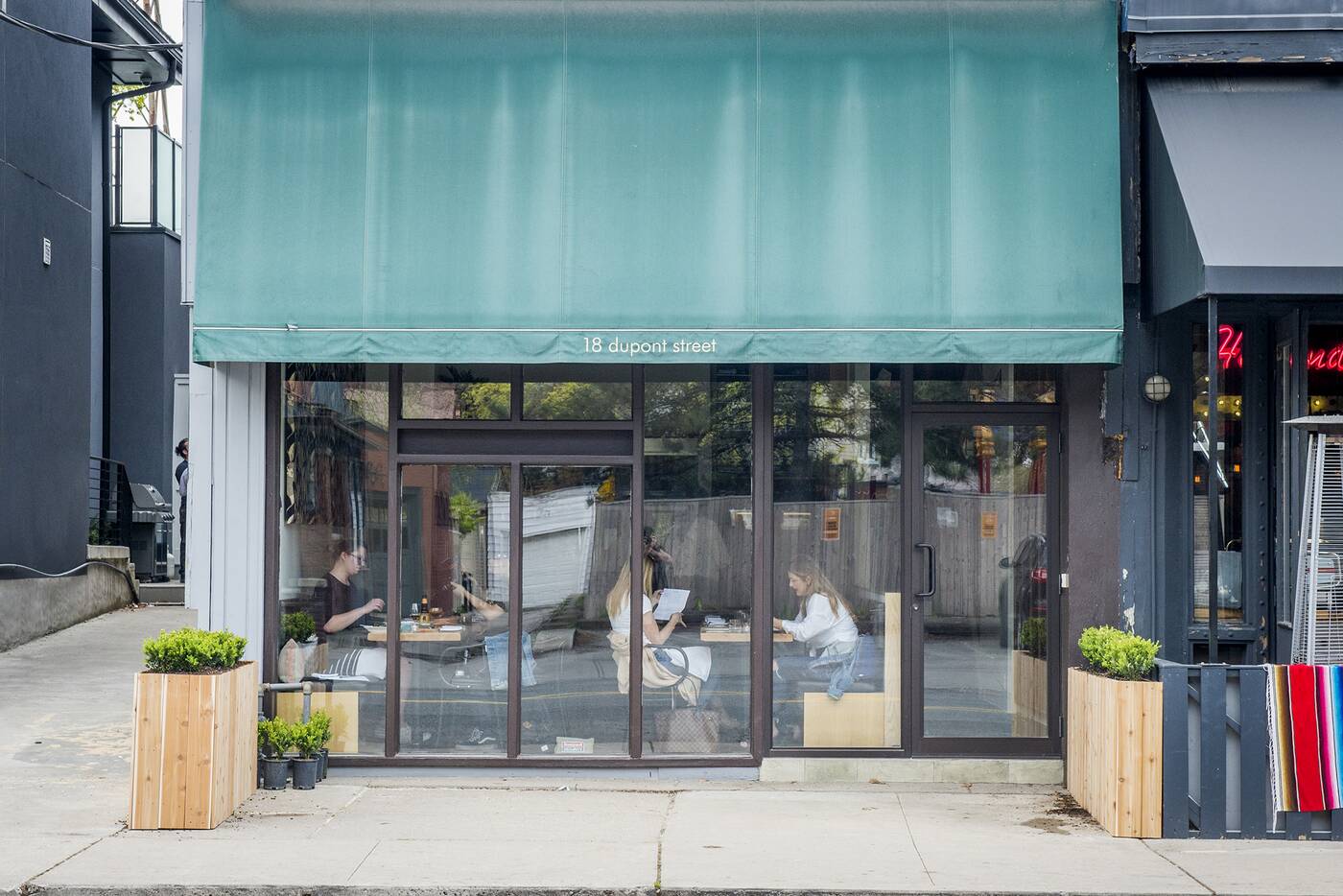