It’s named for its quiet, lingering presence on the edge of a strip of bars, and the tentative way it originally joined Toronto’s raucous scene. I personally love heading here to check out the specials on $2-a-piece oysters and devilled eggs dressed up with, say, dill dijon. 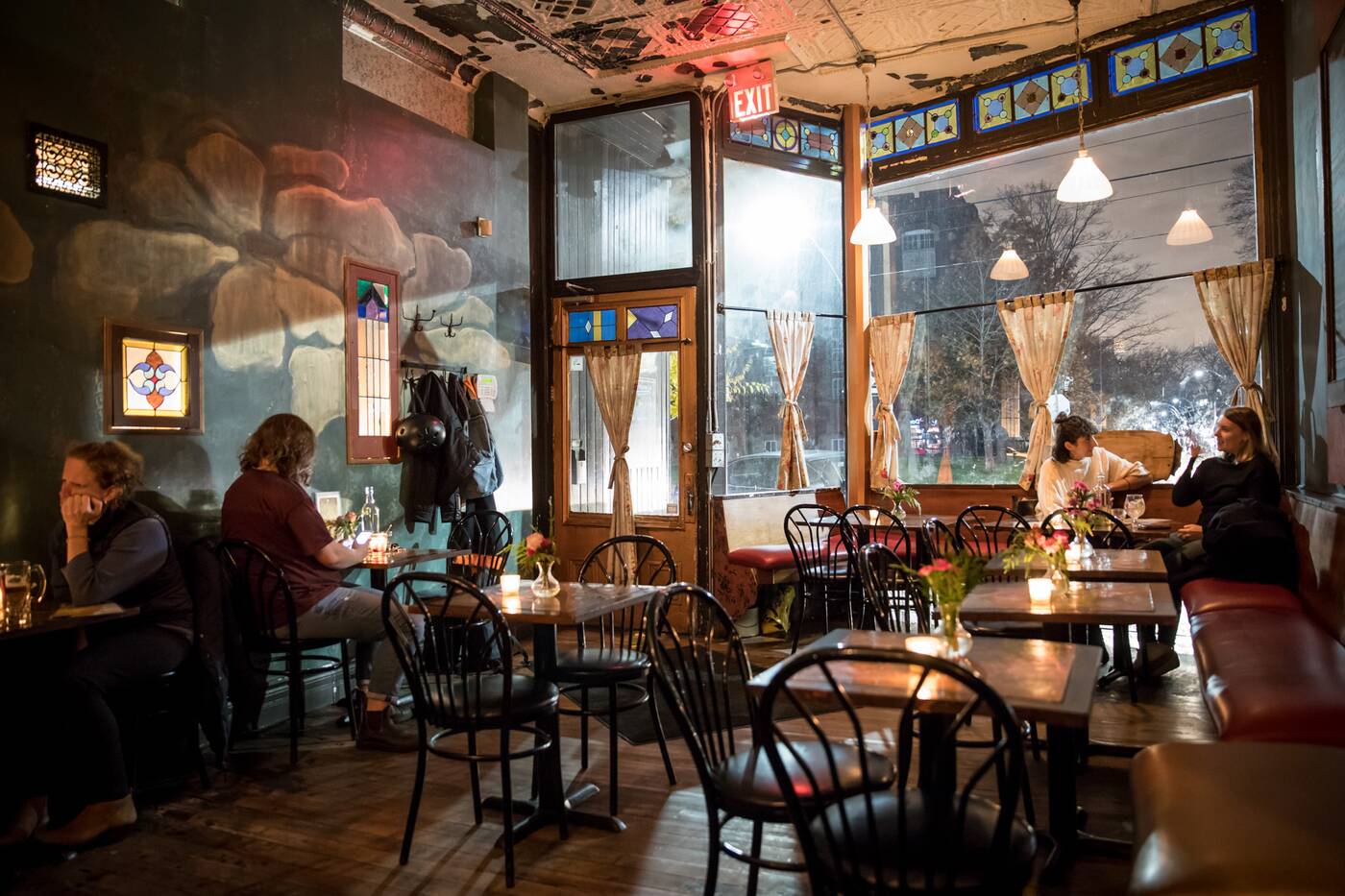 About 40 can be seated inside the quirky space bisected by a shallow set of steps (a Monty-Python-esque sign pointing to the back “moustache room”), 25 out on a magical patio. 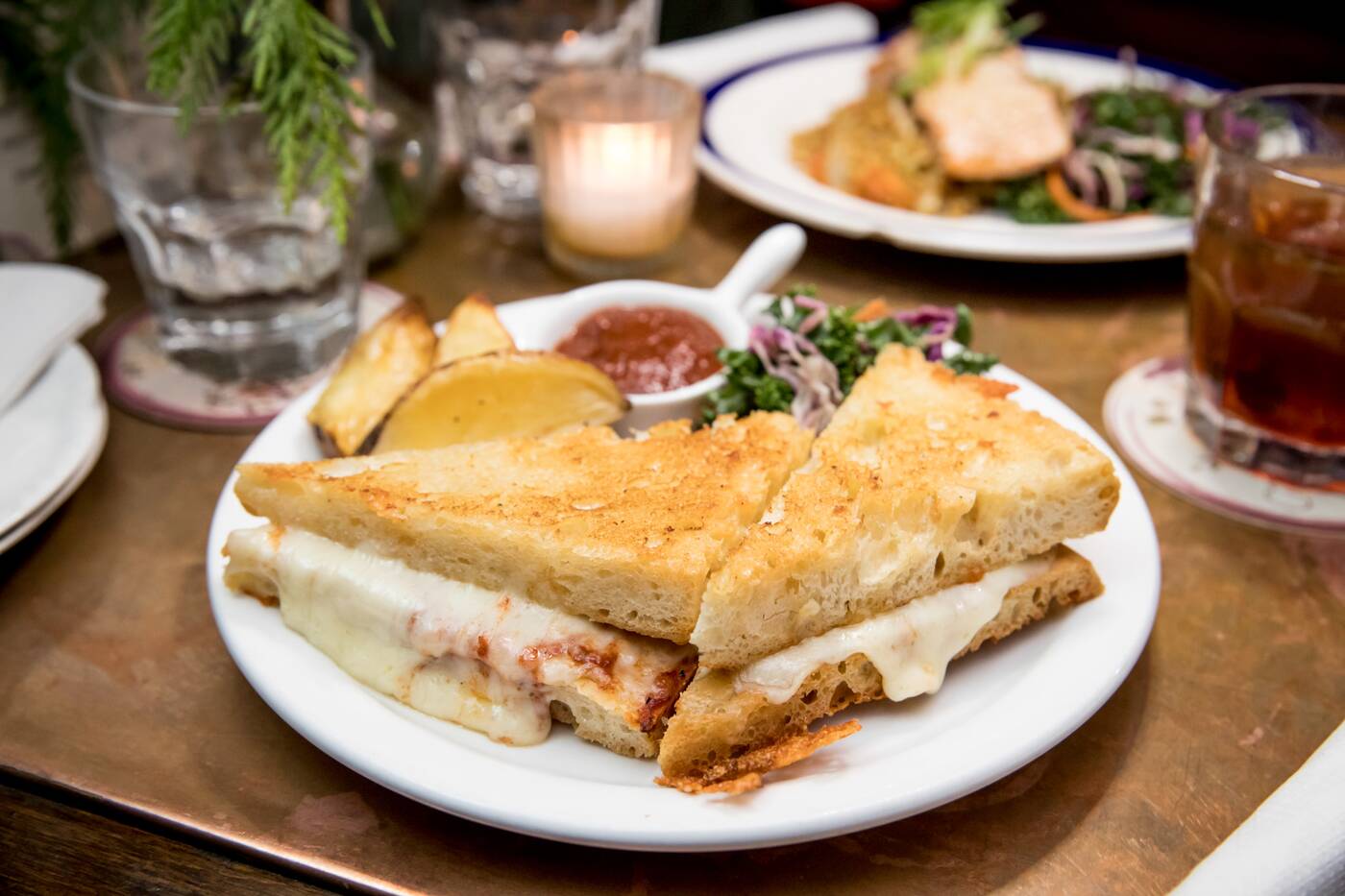 Grilled cheese sandwiches are reasonably priced at $9 considering they’re served on buttery white bread and come with kale slaw and potato wedges (like all sandwiches). Rich white cheddar, provolone and gruyere are cut by a naturally sweet ketchup that brings a jammy, chutney-like vibe. 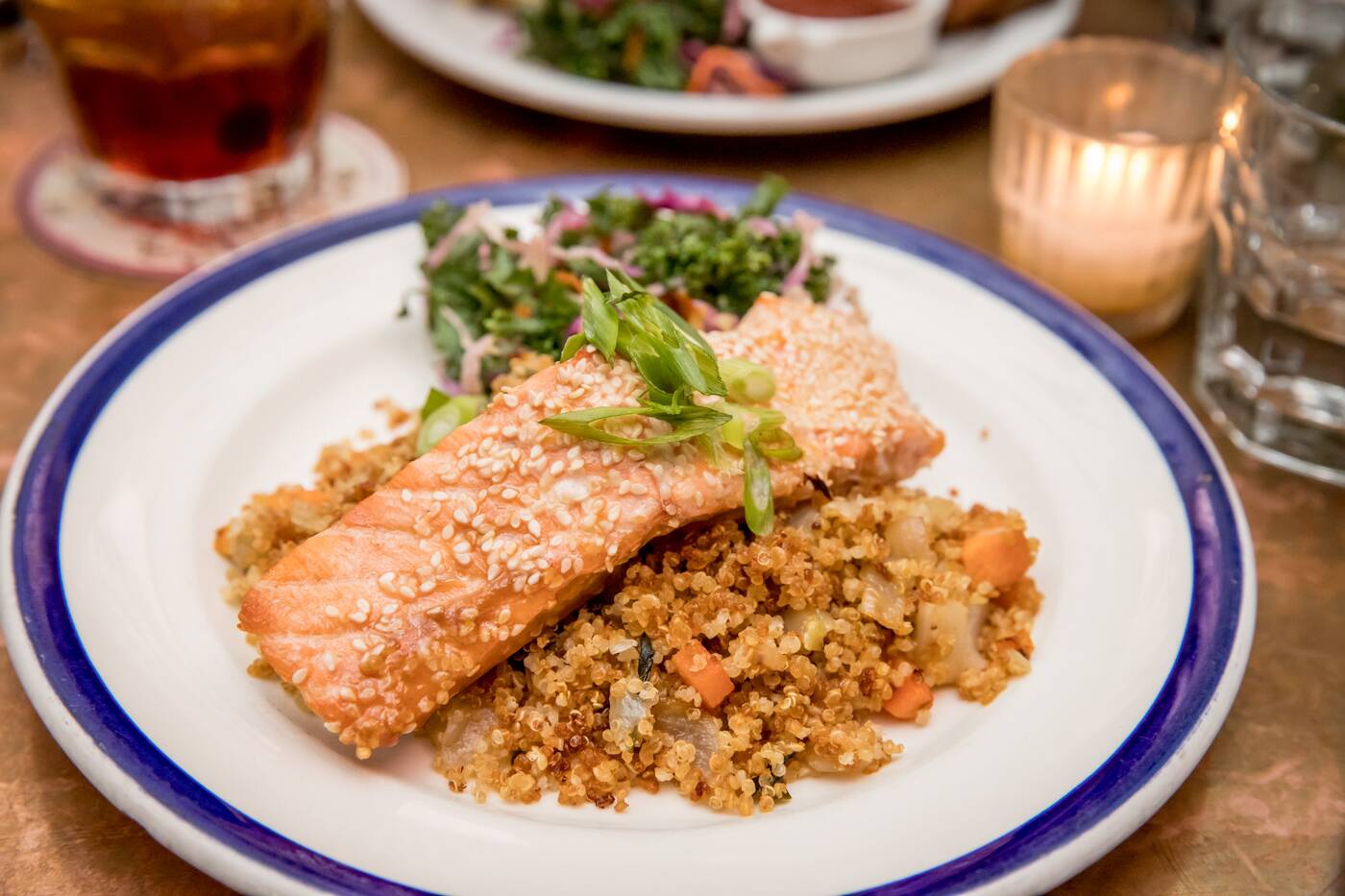 Maple sesame salmon ($16) is a balanced standby here, flavourful thanks to the toasty, nutty and sweet combination of the syrup and seeds, plated on a pile of healthy-feeling roast vegetable tamari quinoa, a bit of the same kale slaw rounding out the plate. 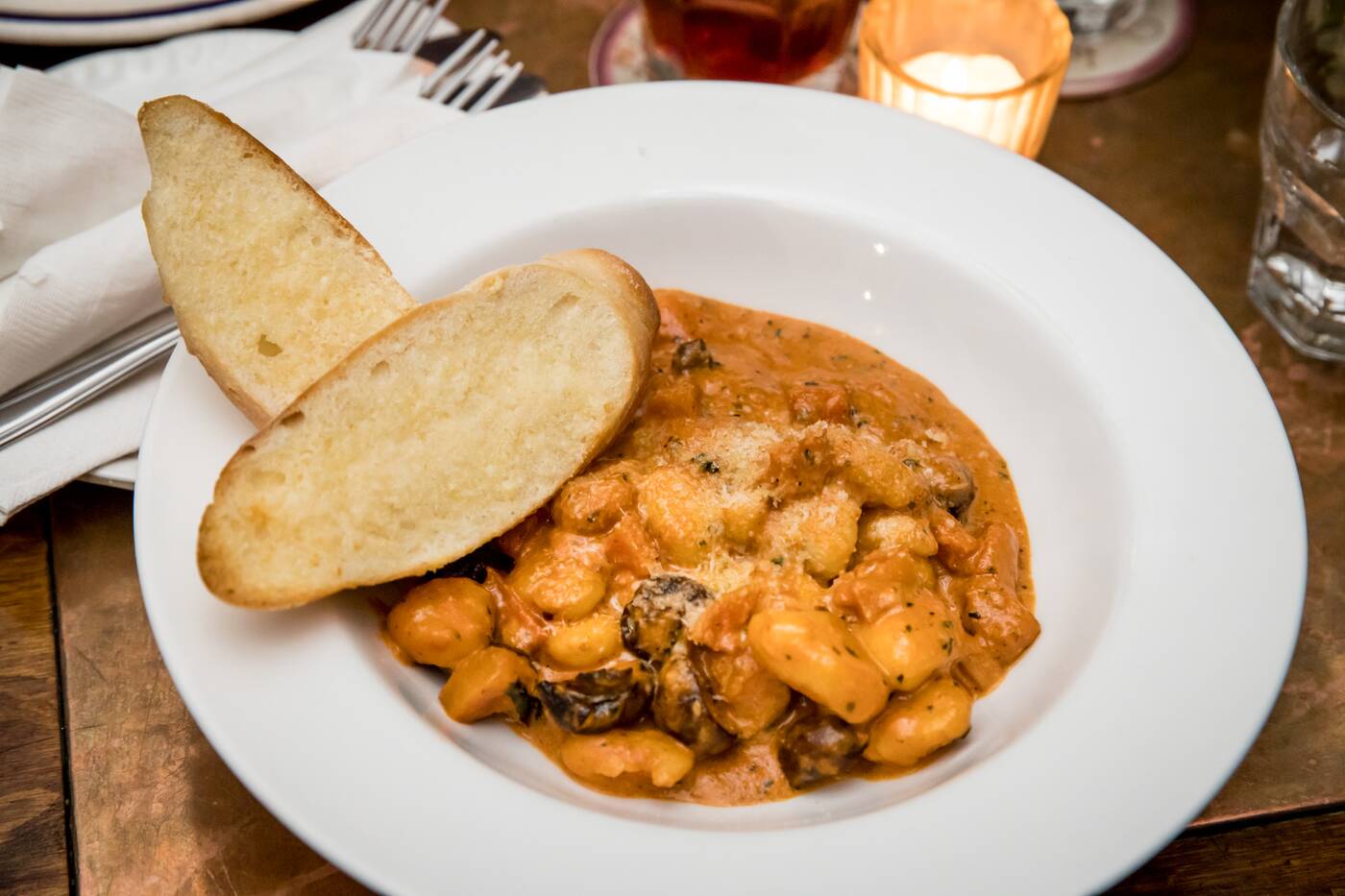 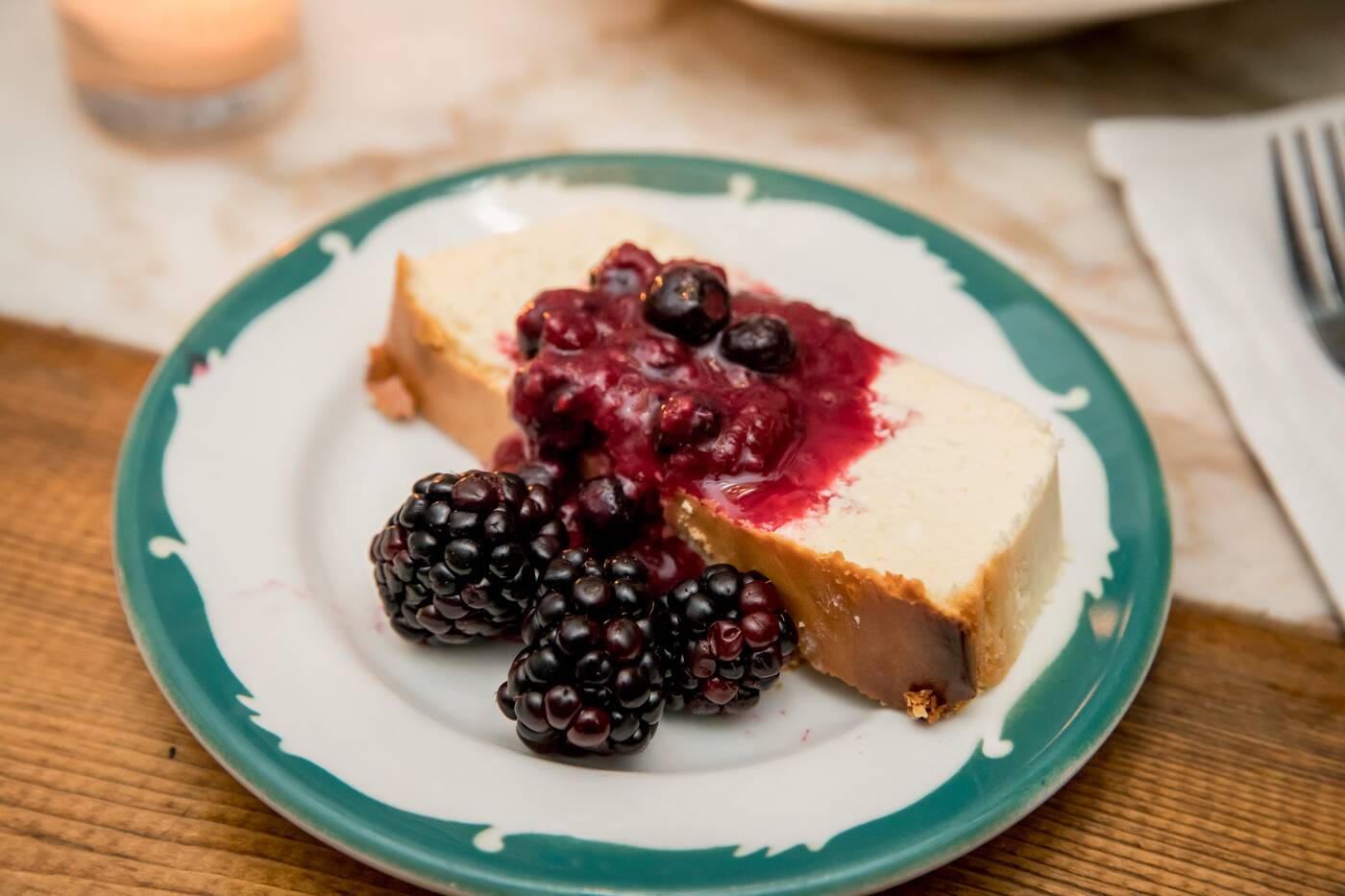 Cheesecake that the owner’s mother comes into the restaurant to bake is insisted upon as a finisher. A berry compote and some fresh blackberries break up the smooth cake’s considerable richness and density. 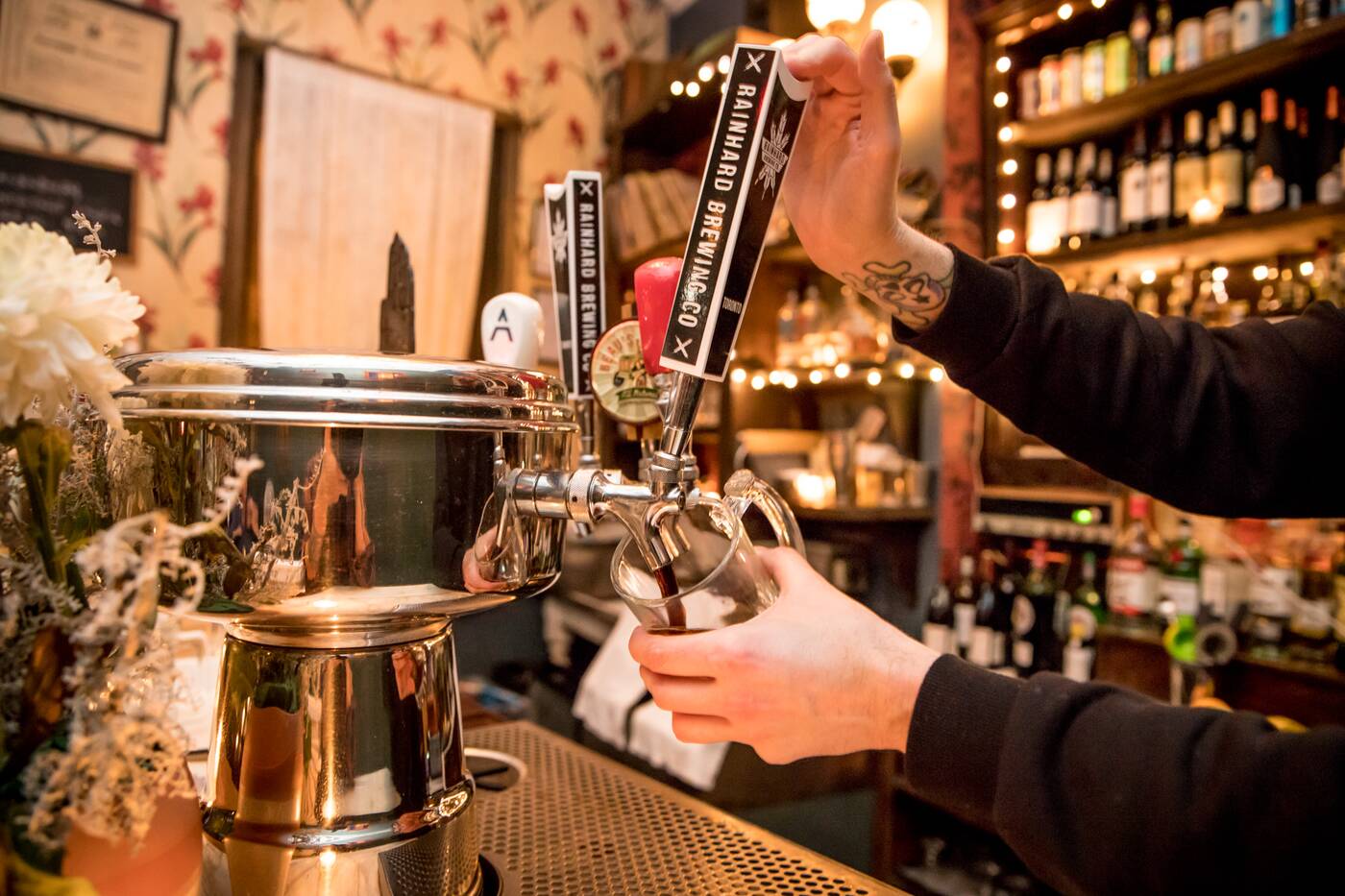 Most opt for beer here, on tap or in tall cans, topping out around $8 and with plenty of local craft options like Blood Brothers, Henderson and Rainhard. 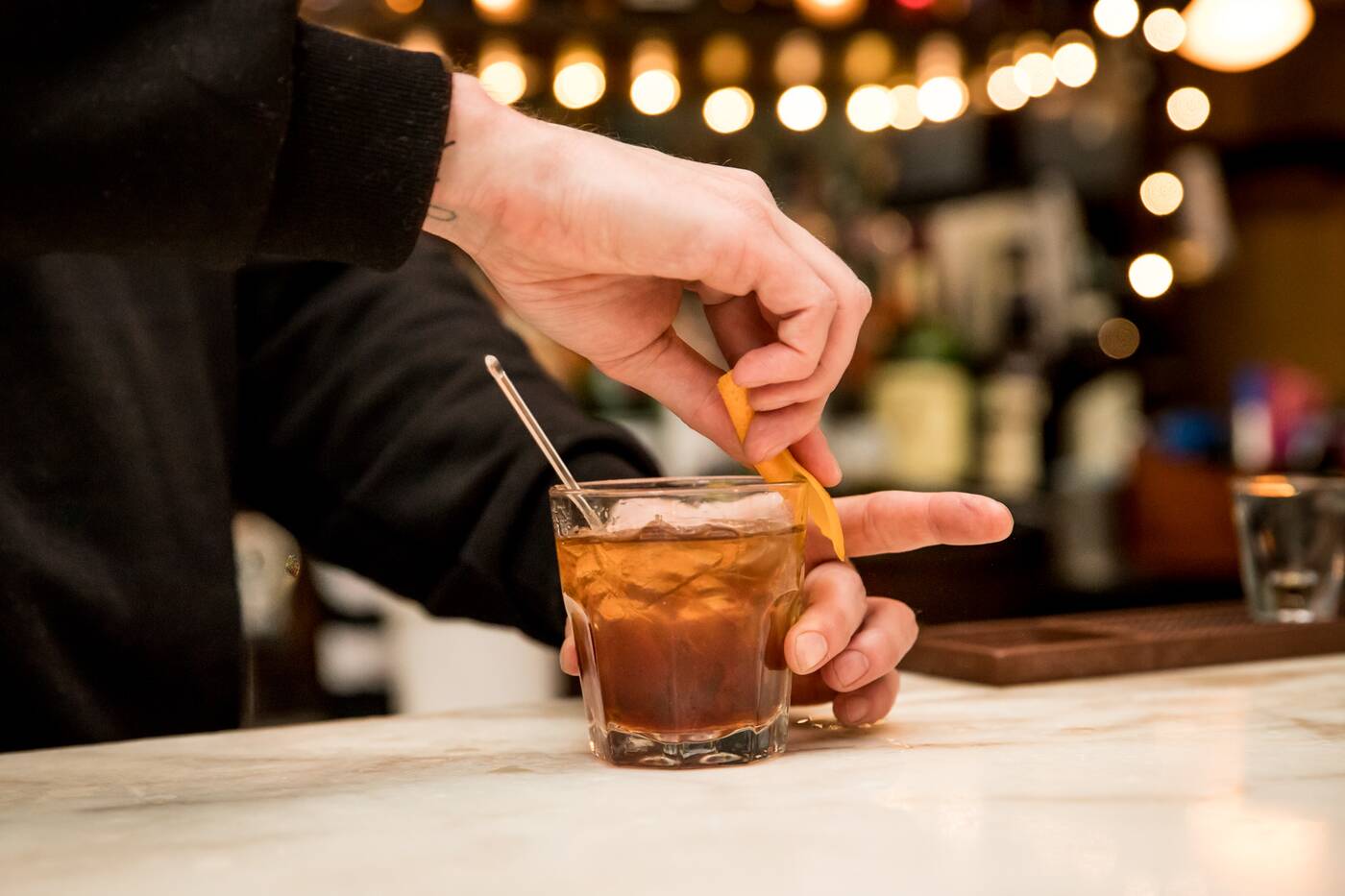 There’s also a simple list of standard cocktails, though, like Manhattans (the priciest at $14) made with your choice of rye or bourbon. 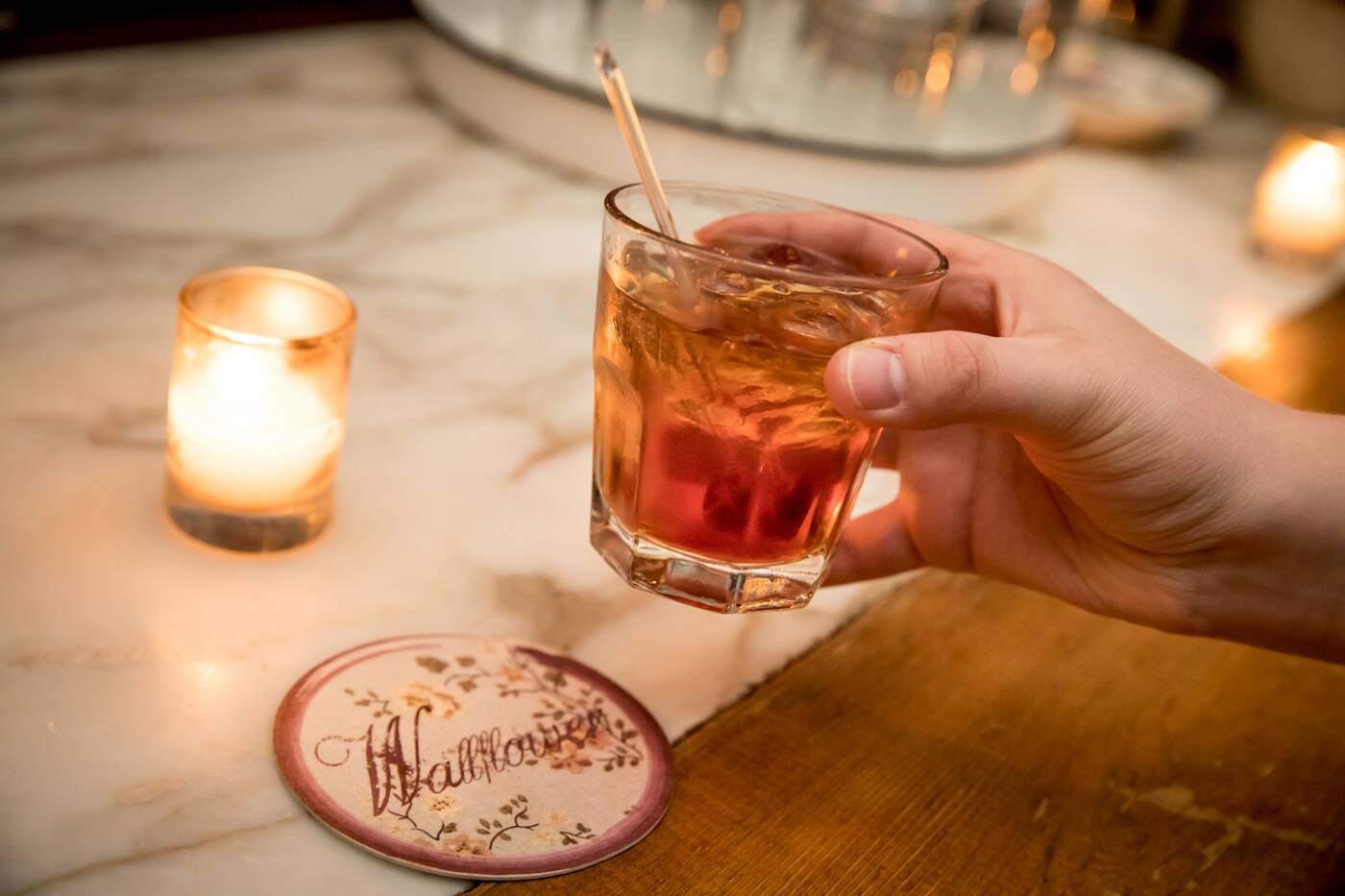 Opting for Jim Beam with a classic sour cherry plunged in and orange peel expressed over top, little feels more effortless and satisfying at the end of a long day or night. Head elsewhere for artisanal bitters and froth. 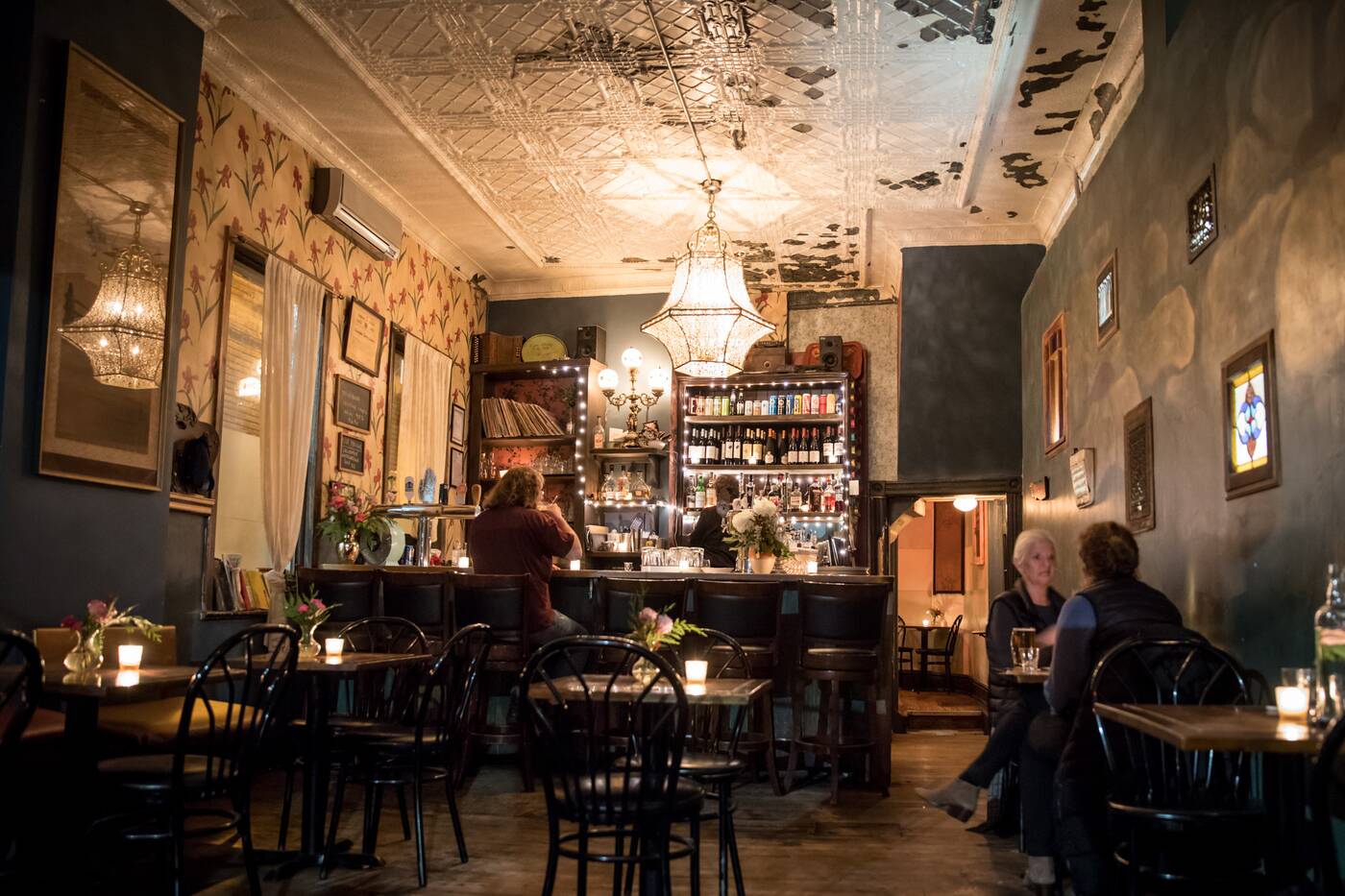 Opened in 2012 and affiliated with the same group of partners as similar casual pub 3 Speed, the kitchen is typically open until midnight. 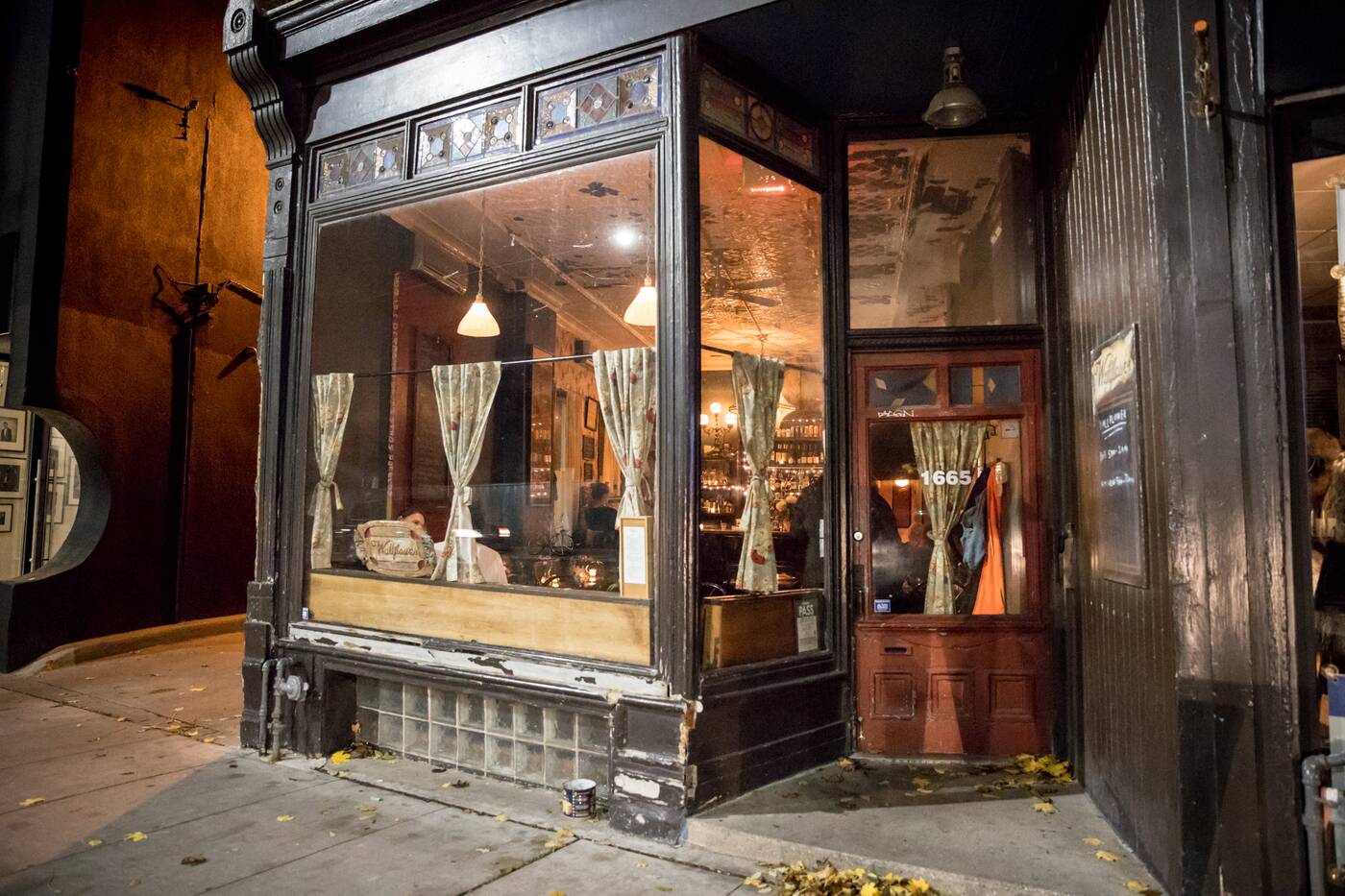