Cocktail Bar is one of Toronto’s best spots to get, you guessed it, a cocktail, and one of the toughest to Google. It’s also notoriously under-advertised, nothing more than a miniscule sign in the window of the white-brick facade, but if anything this only serves to intrigue patrons further.

The bar is part of a nexus of three establishments on Dundas West run by Jen Agg, the other two being Black Hoof and Rhum Corner across the street. As their website points out, it’s not uncommon for Agg fans to spend entire evenings bouncing between the three. 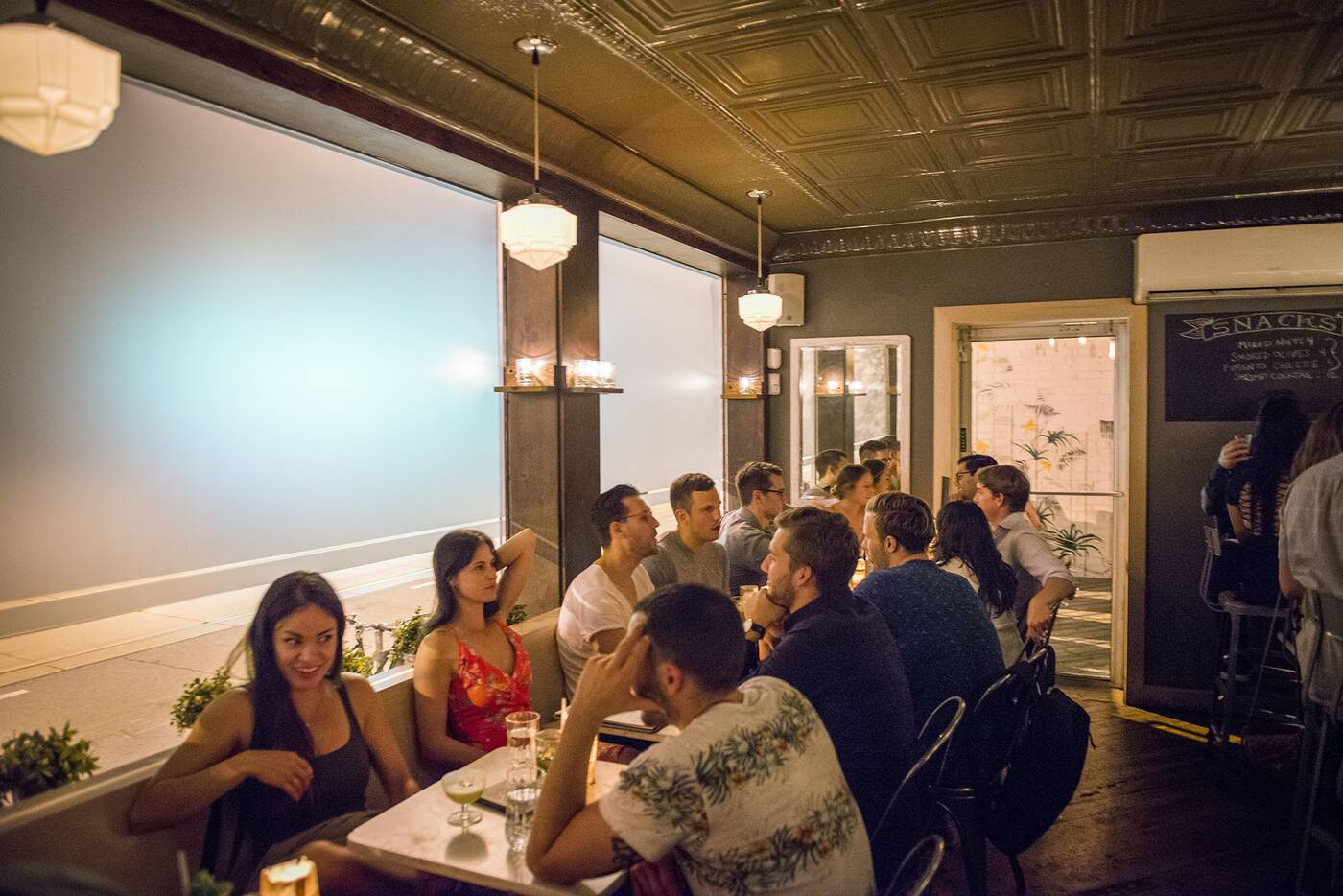 They all have a signature feel, beyond offering similarly compact, thoughtful menu options: cozy, dark, candles flickering and an antiquey feel to the bar, booths and the back bar where a glistening array of apothecary-like bottles and ingredients are stored. 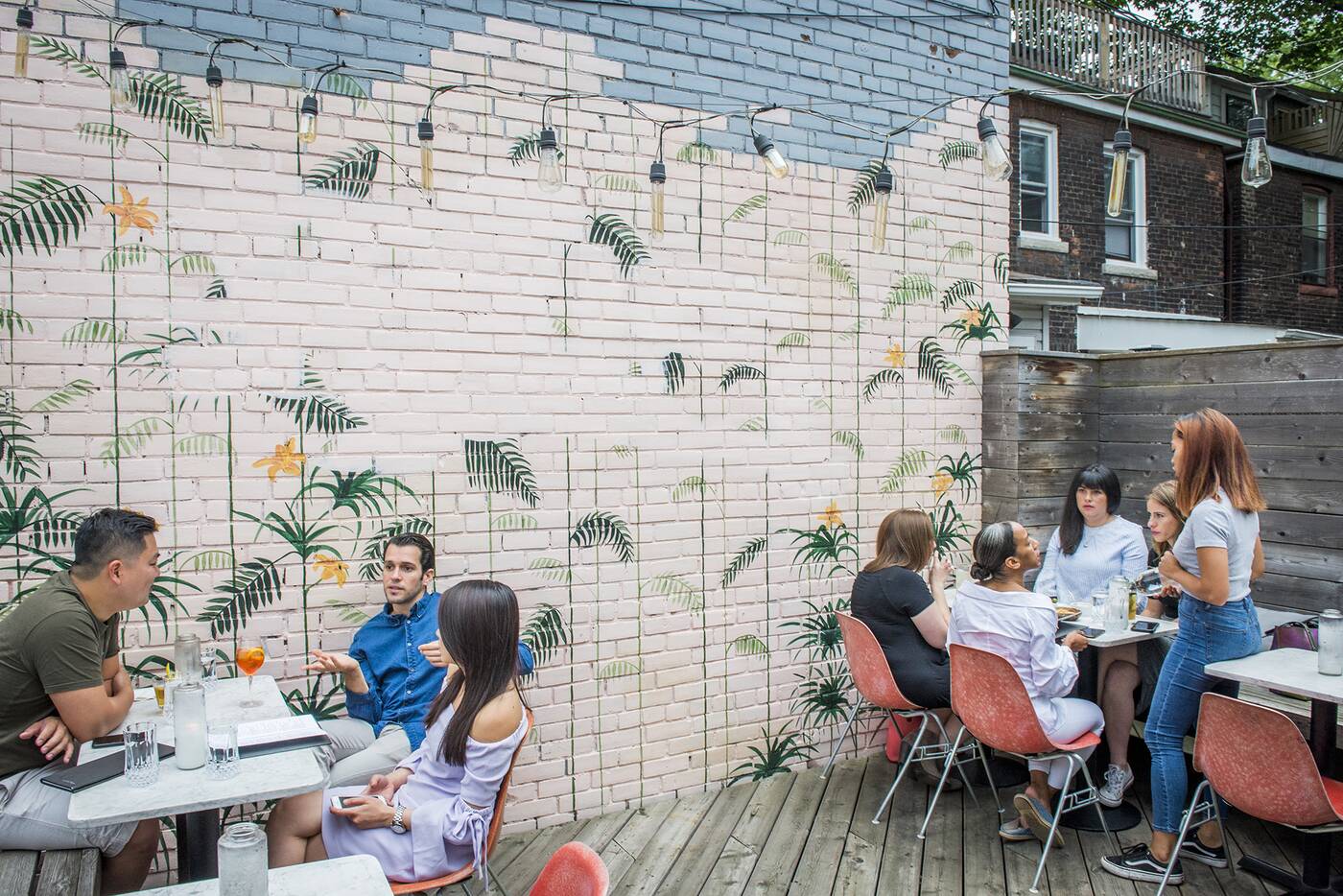 The exterior itself may be remarkably unremarkable, but aside from that curiosity is also piqued by the joyous chatter and glow of lights emanating from the fenced-in patio on the side, a local favourite summer spot with a great atmosphere, though beware, it now closes at 11. 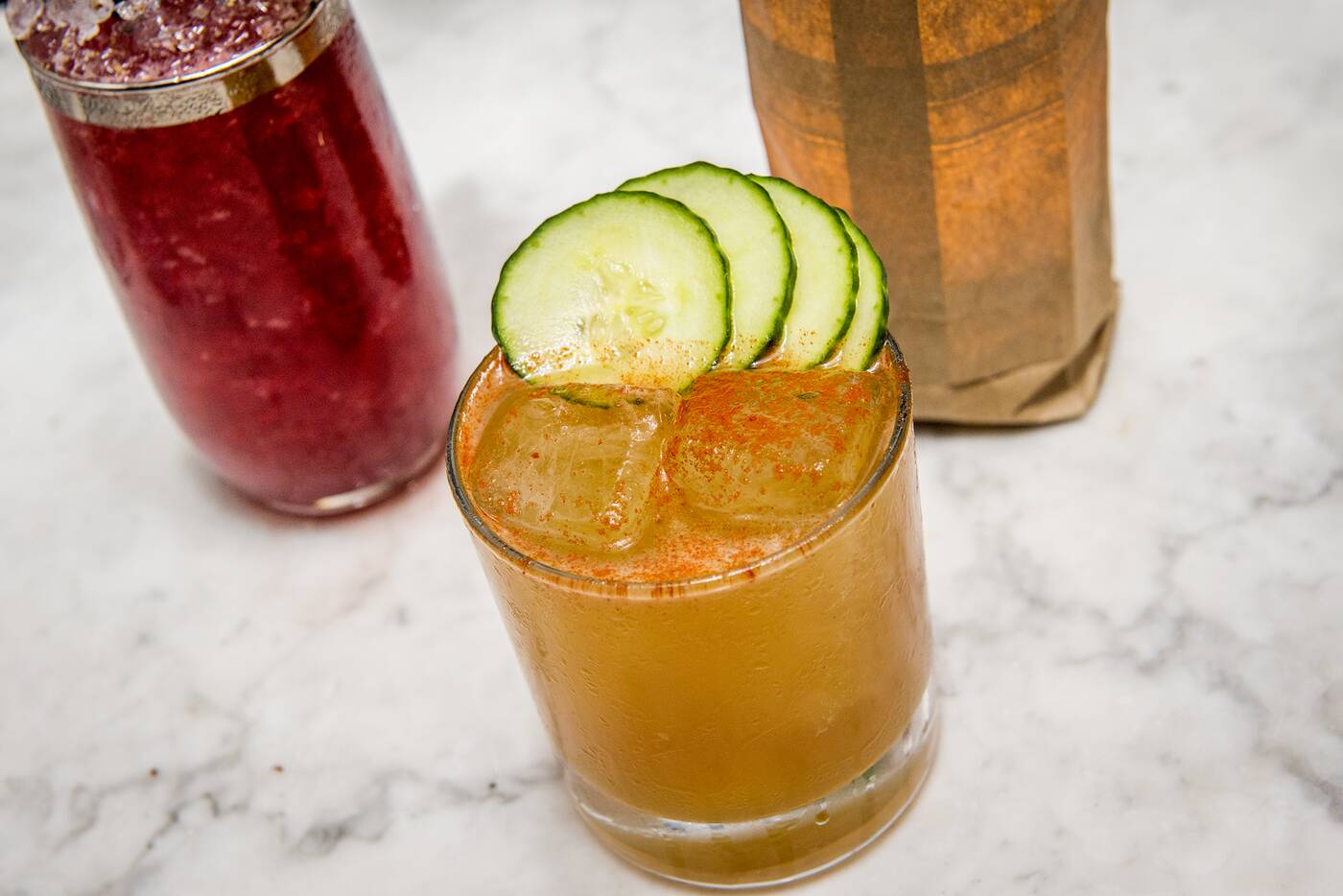 The refreshing but bold and citrusy La Cuchilla ($14) is made with tequila, ancho reyes, smoked paprika, lime and chile, garnished with a generous number of cucumber slices. 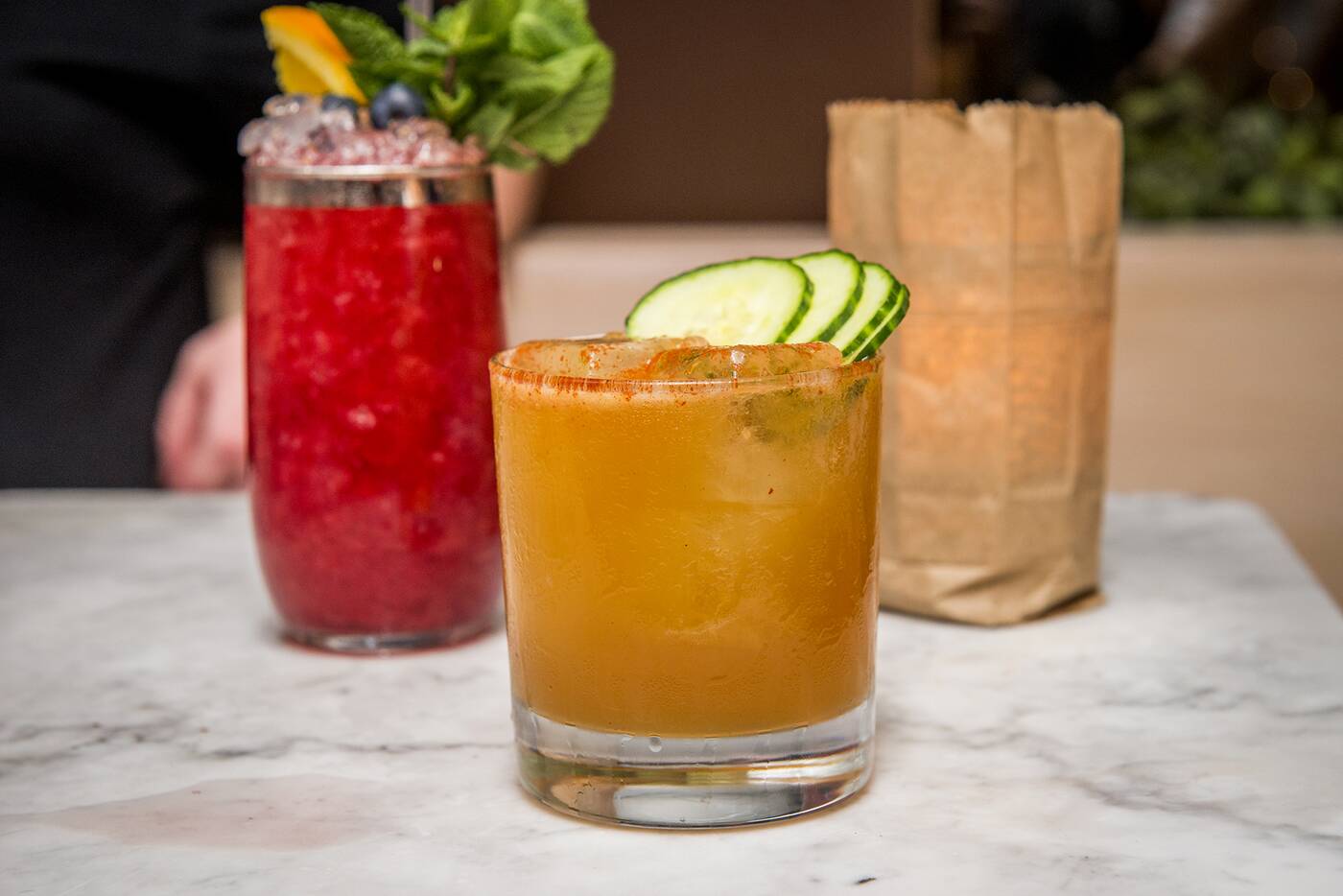 In bold below the name of each cocktail is a short history of the origins it was adapted from: this one was inspired by the Holland Razor Blade, invented in the thirties. 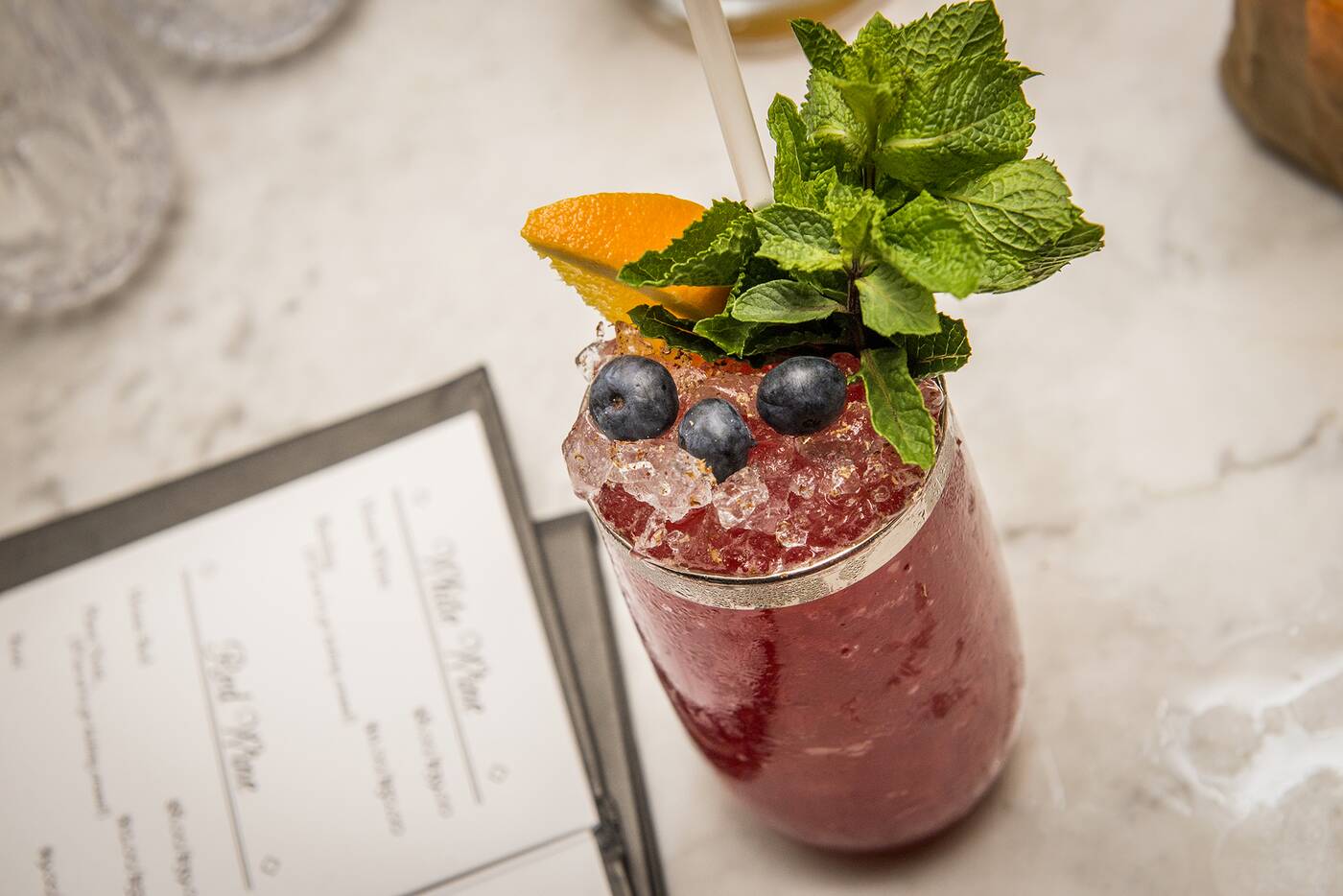 The Saskatoon Berry Cobbler ($11) is by the same token adapted from 19th century American Sherry cobblers, and the menu cheekily describes it as “basically like drinking an entire pie” and advises “if you enjoy 10/10 ELABORATE GARNISHES def order this.” 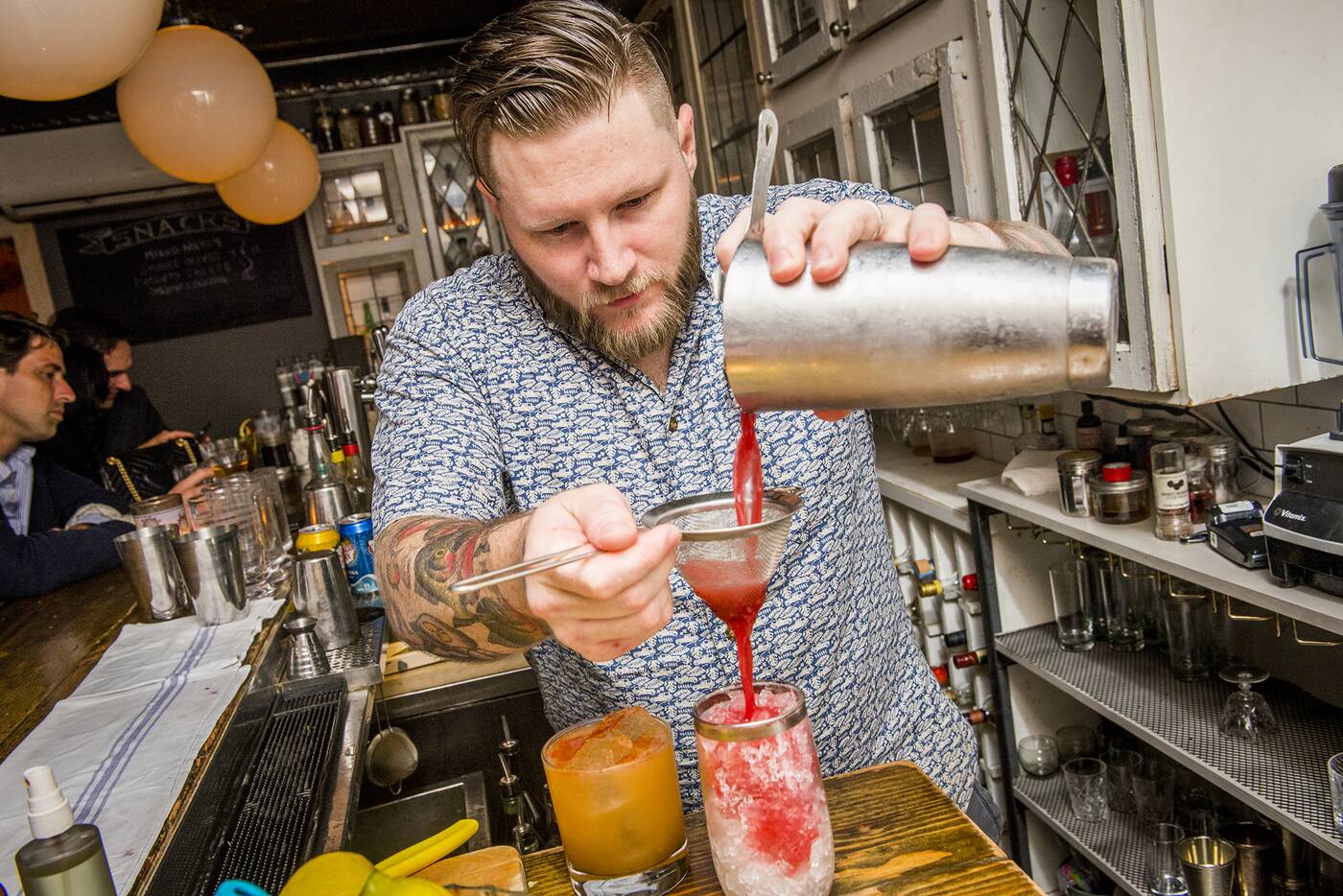 Made with Amontillado, Wray & Nephew rum, Saskatoon berries and lemon, this drink is also refreshing but with its own distinct cobbler flavours of cinnamon and spices. 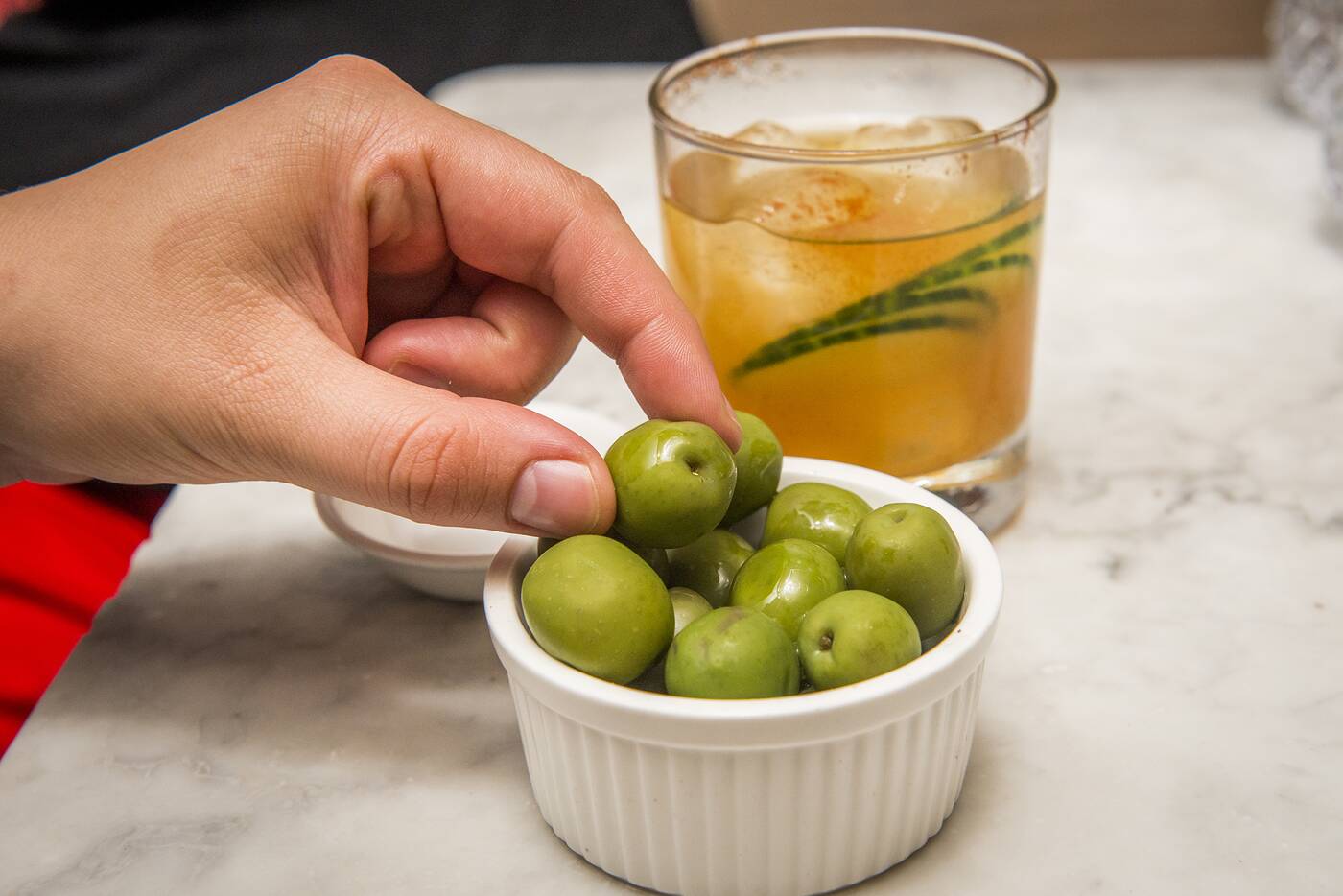 If you’re looking for a snack of the intensely meaty variety offered at Black Hoof, just order a cocktail and some snacks there. But if you get noshy while at Cocktail Bar, there are a few finger foods on offer to support the drinks.

Smoked olives ($4) are firm and have that potent unripe green flavour with an intense smokiness, thoughtfully presented with a bowl for pits. 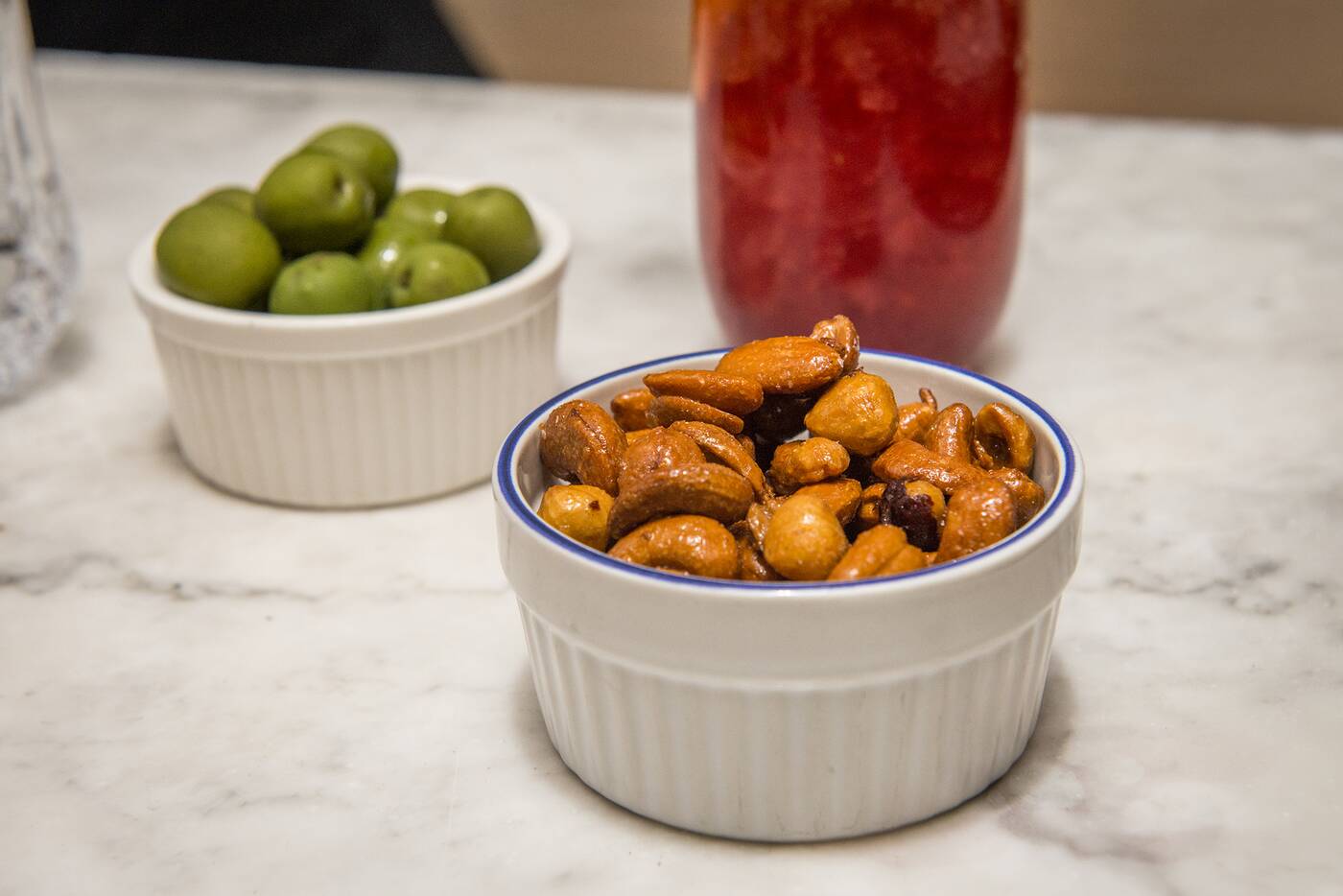 Mixed nuts ($4) are boiled with sugar then deep fried, giving them a wonderful flavour that almost feels like eating fried chicken in the form of beer nuts. Combine olives, nuts, and a pimento cheese ($5) for $11 total, or order a shrimp cocktail for $12. 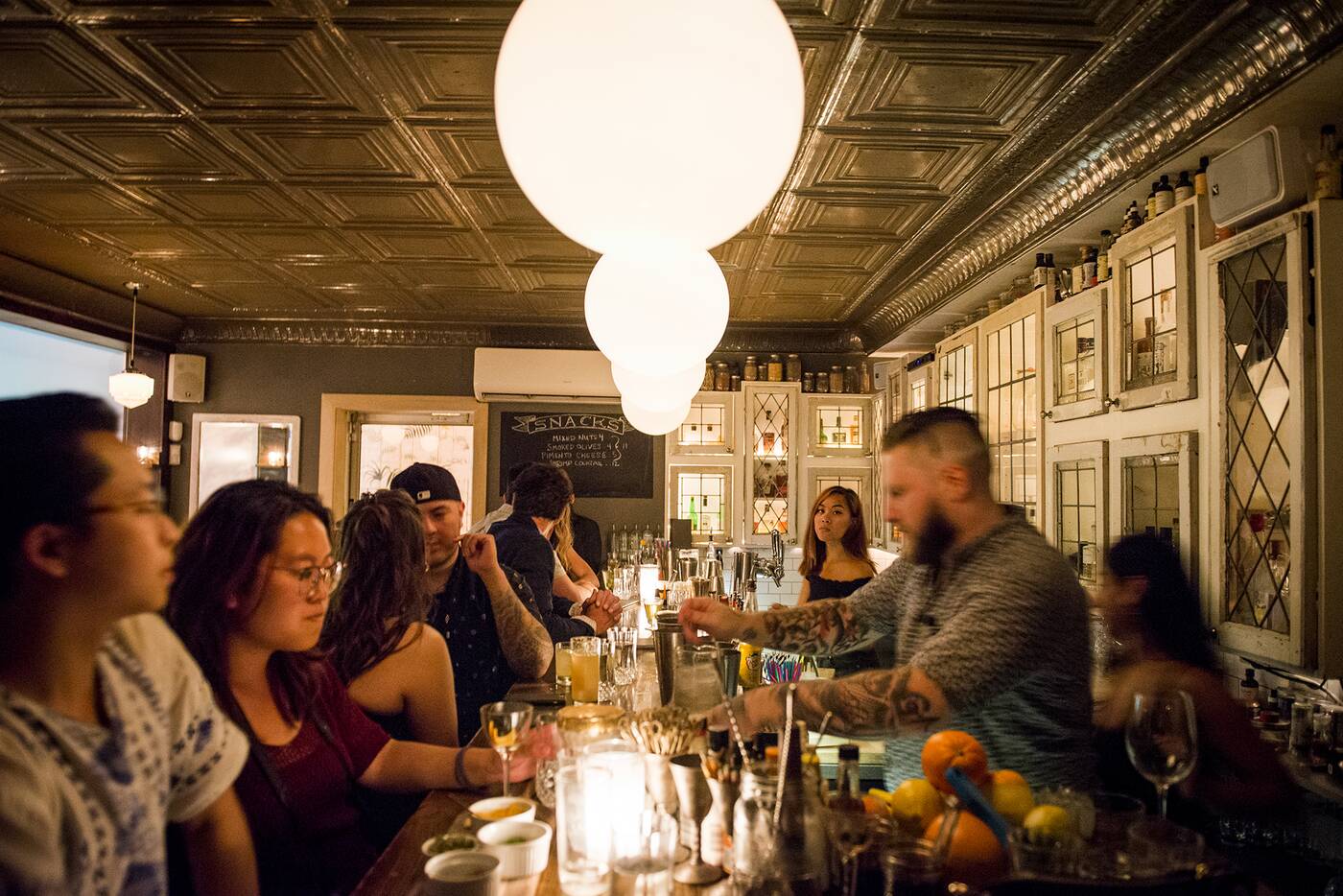 Rockabilly and blues music pipe through the dim atmosphere, which braids together past and present along with the seriously crafted drinks and old fashioned decor . 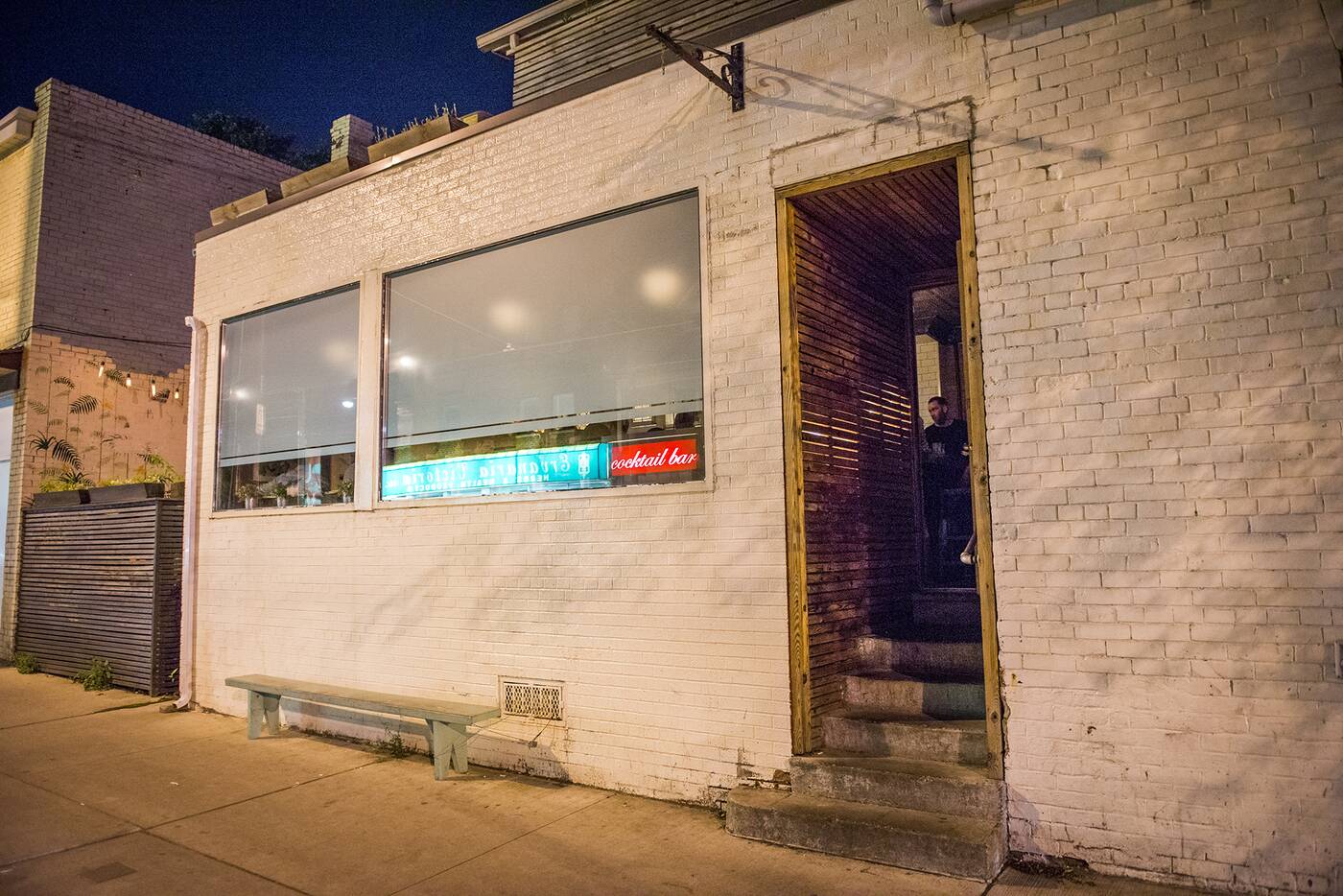 The Best Martinis in Toronto