Freeplay is a multi-level arcade bar paying homage to all things retro and nostalgic, where free play—hence the name—costs just $5 for the night.

This paradise of arcade games and consoles takes over what used be the old Tex-Mex joint Rancho Relaxo (and the sketchy upper-floor venue that definitely hosted at least a few underage drinkfests). 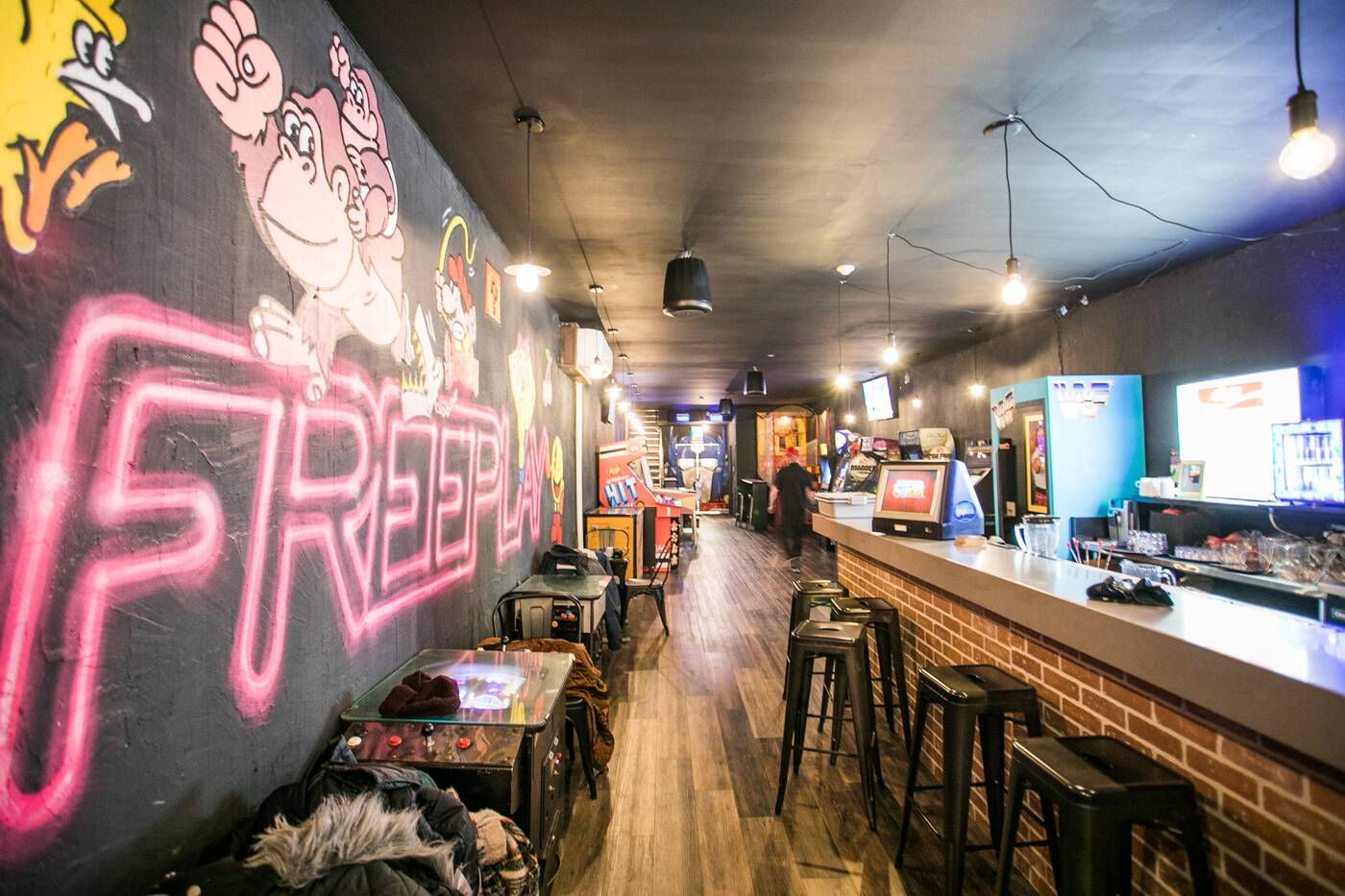 Spanning 4,000 square-feet, it might be my favourite arcade bar in the city yet, mostly because the fun spans over two floors. There's no shortage of things to see and do here. 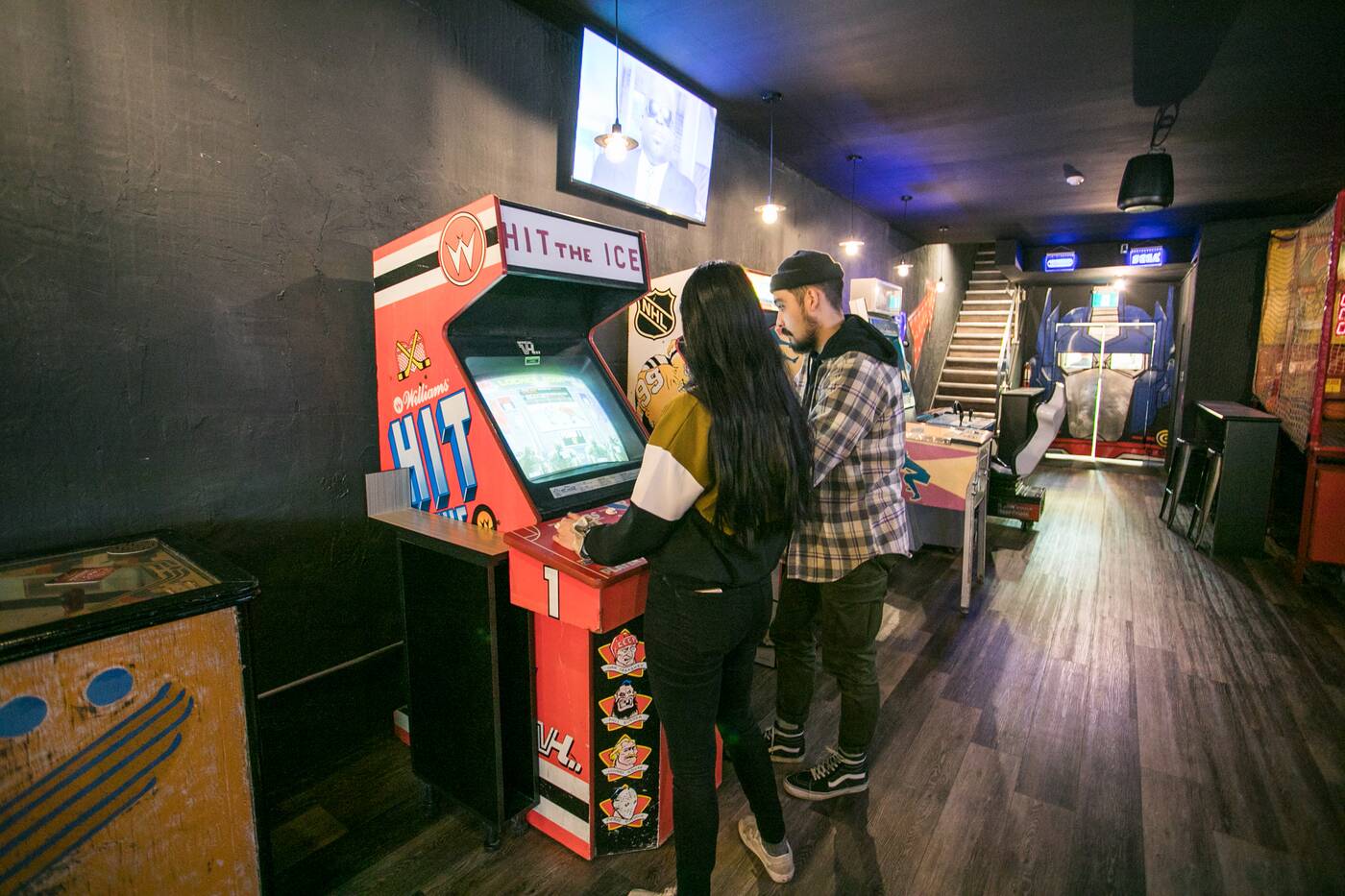 The first level is dedicated to four-player games, where you'll find sportier, date-friendly games like the 90s hockey game Hit The Ice, or a Chicago Coins 'All Stars' pitch-and-bat pinball machine from the 1970s. 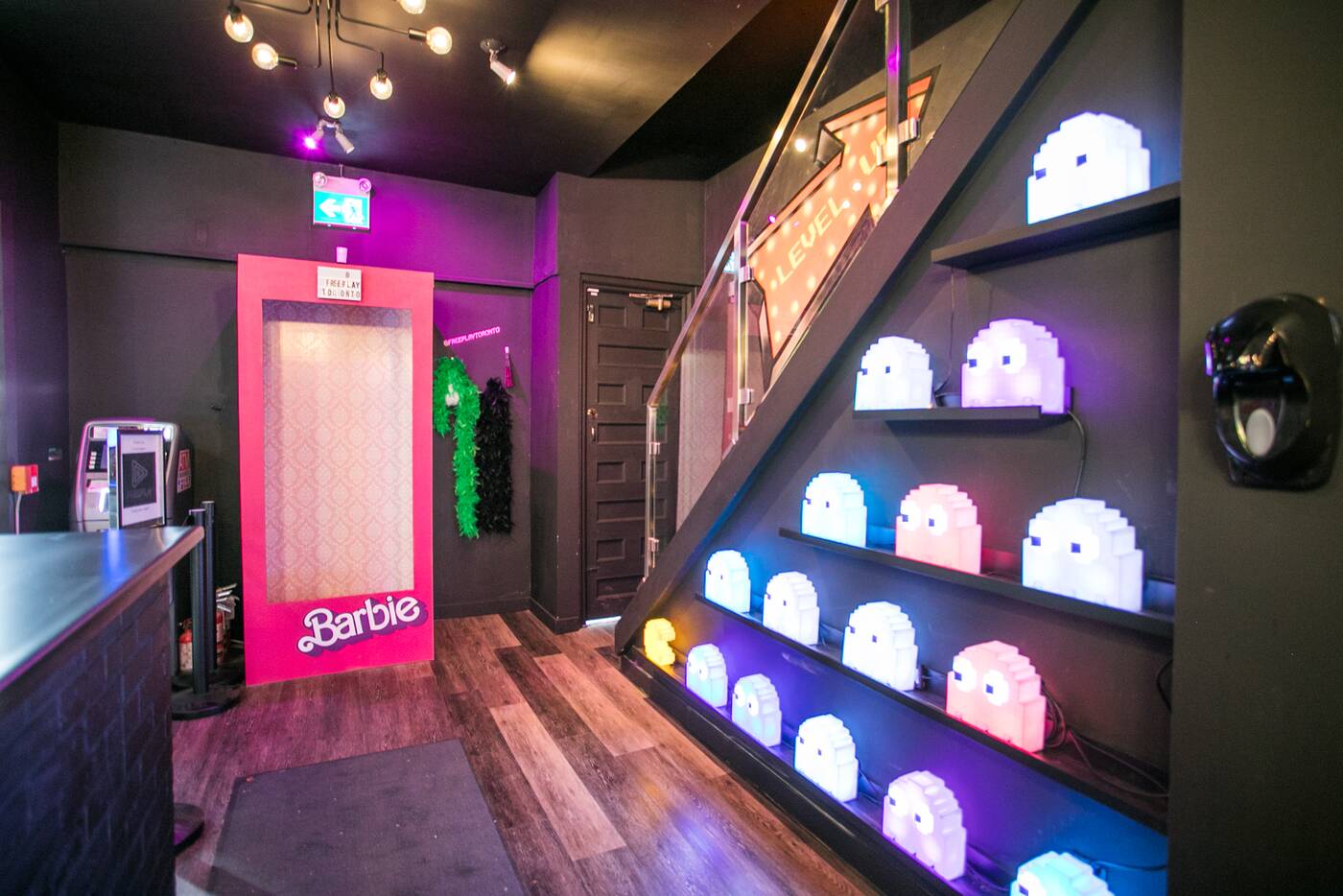 There are too many details to geek out over in the space, from Pac-Man ghosts on the wall to a custom draught beer dispenser shaped like the green warp pipes from Super Mario. 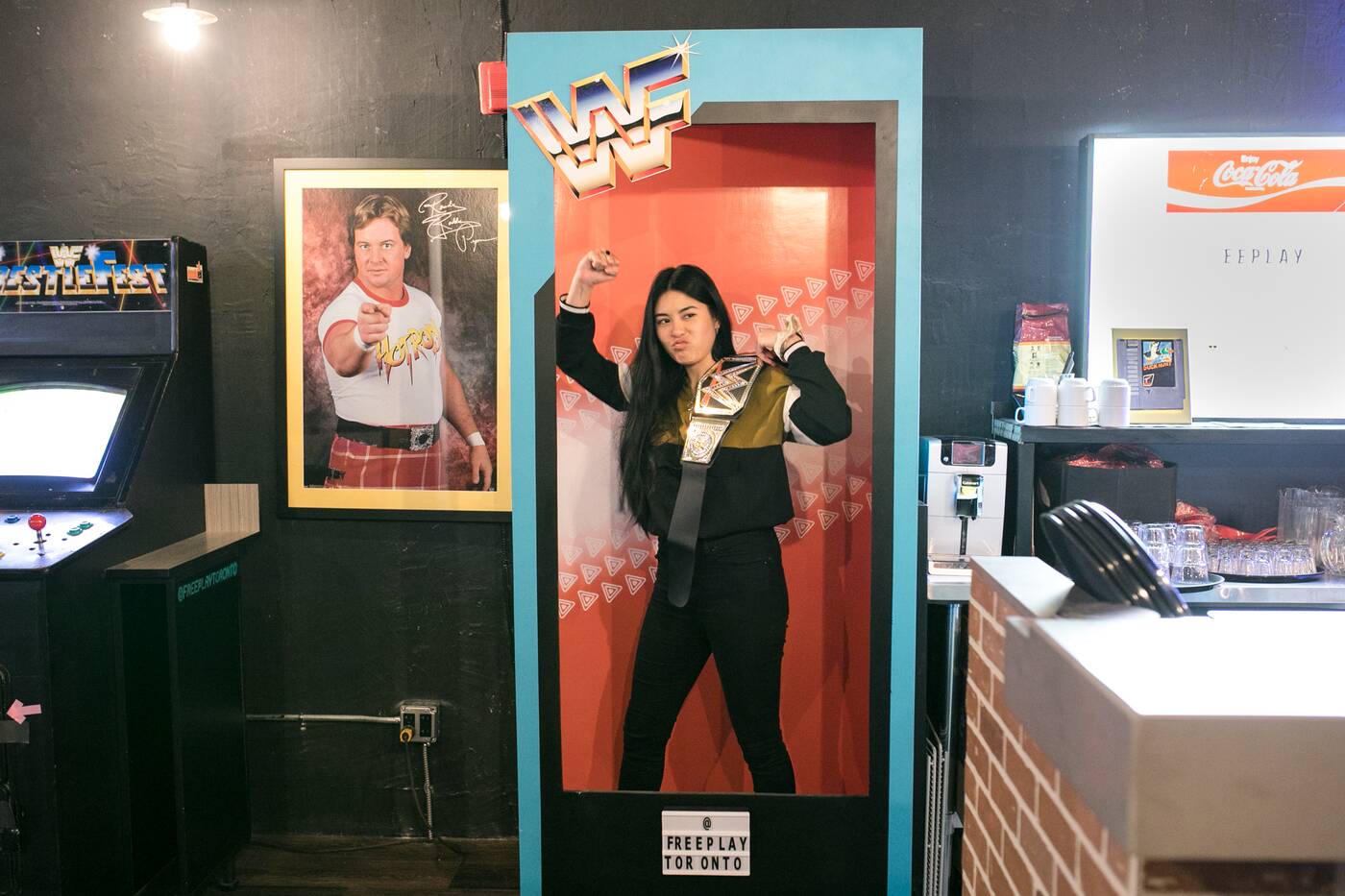 The most entertaining might be the life-size figurine boxes: Barbie in the front, and a WWF version in the back, fake belt included, for a photo-op intermission. 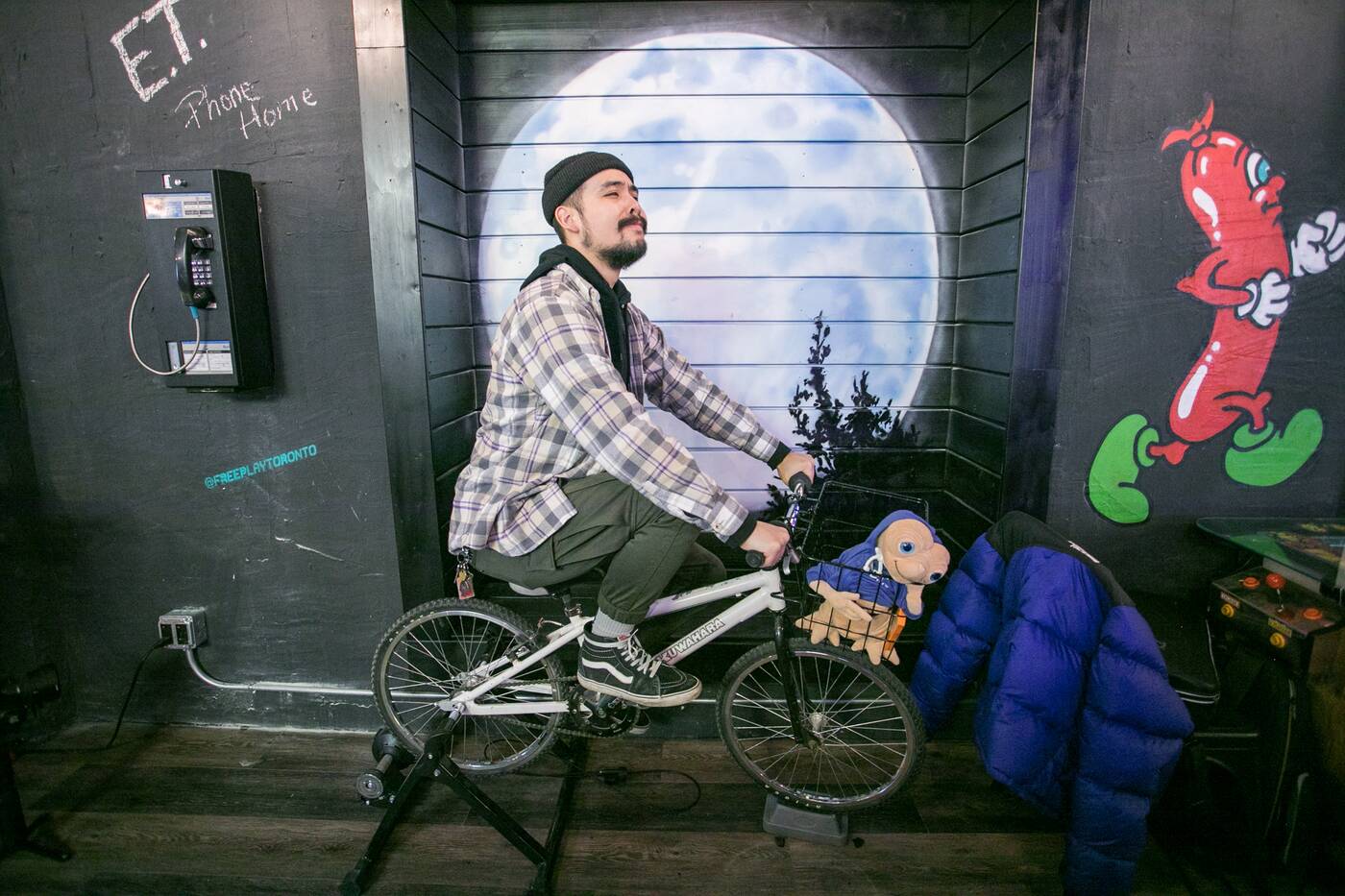 Take a ride in the sky with E.T. on your own Kuwahara BMX bike. 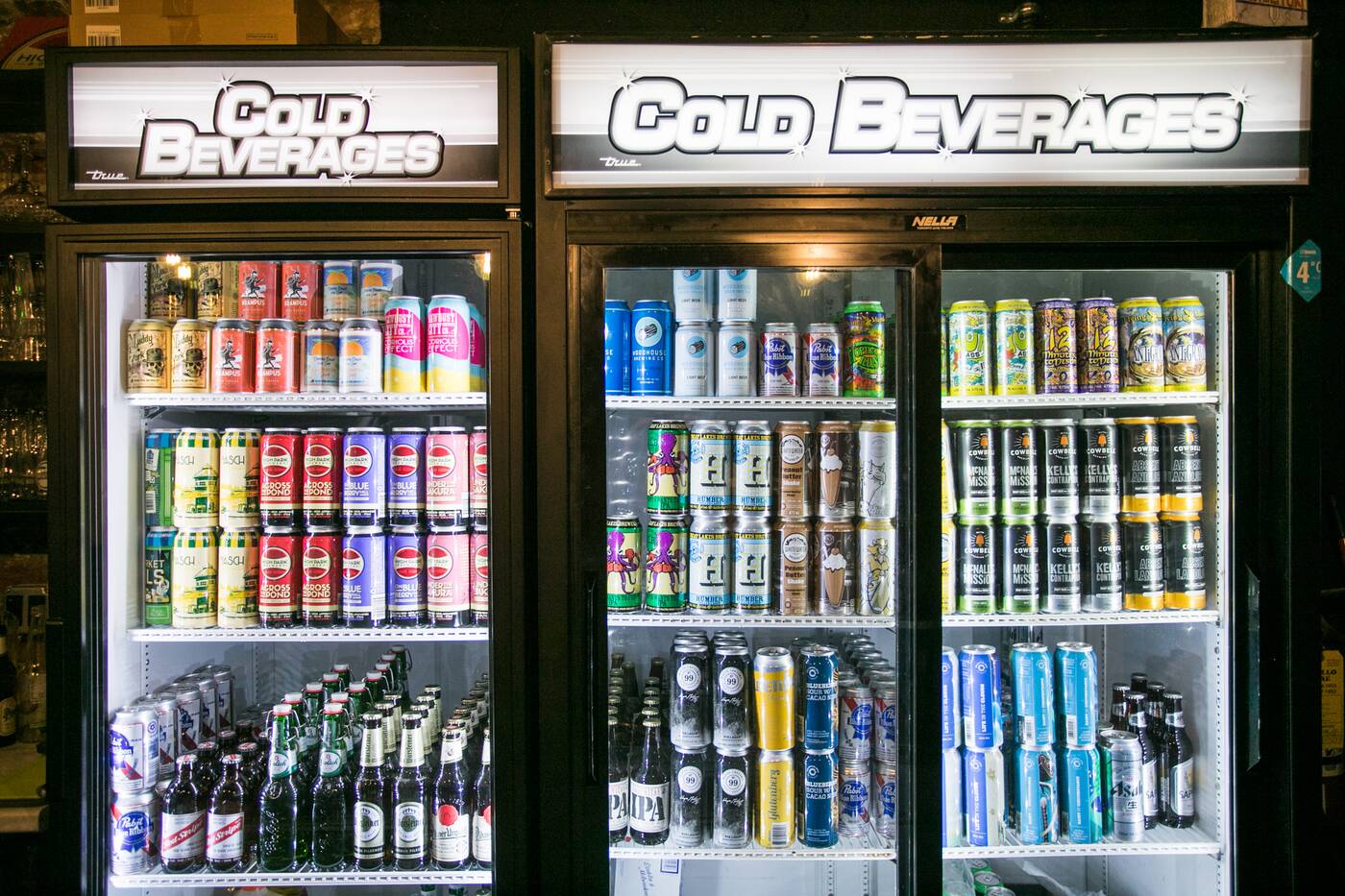 Head upstairs to where the majority of games and consoles are. Unlike downstairs, the bar here specializes in craft beer where you can grab cans from High Park Brewery or Great Lakes. 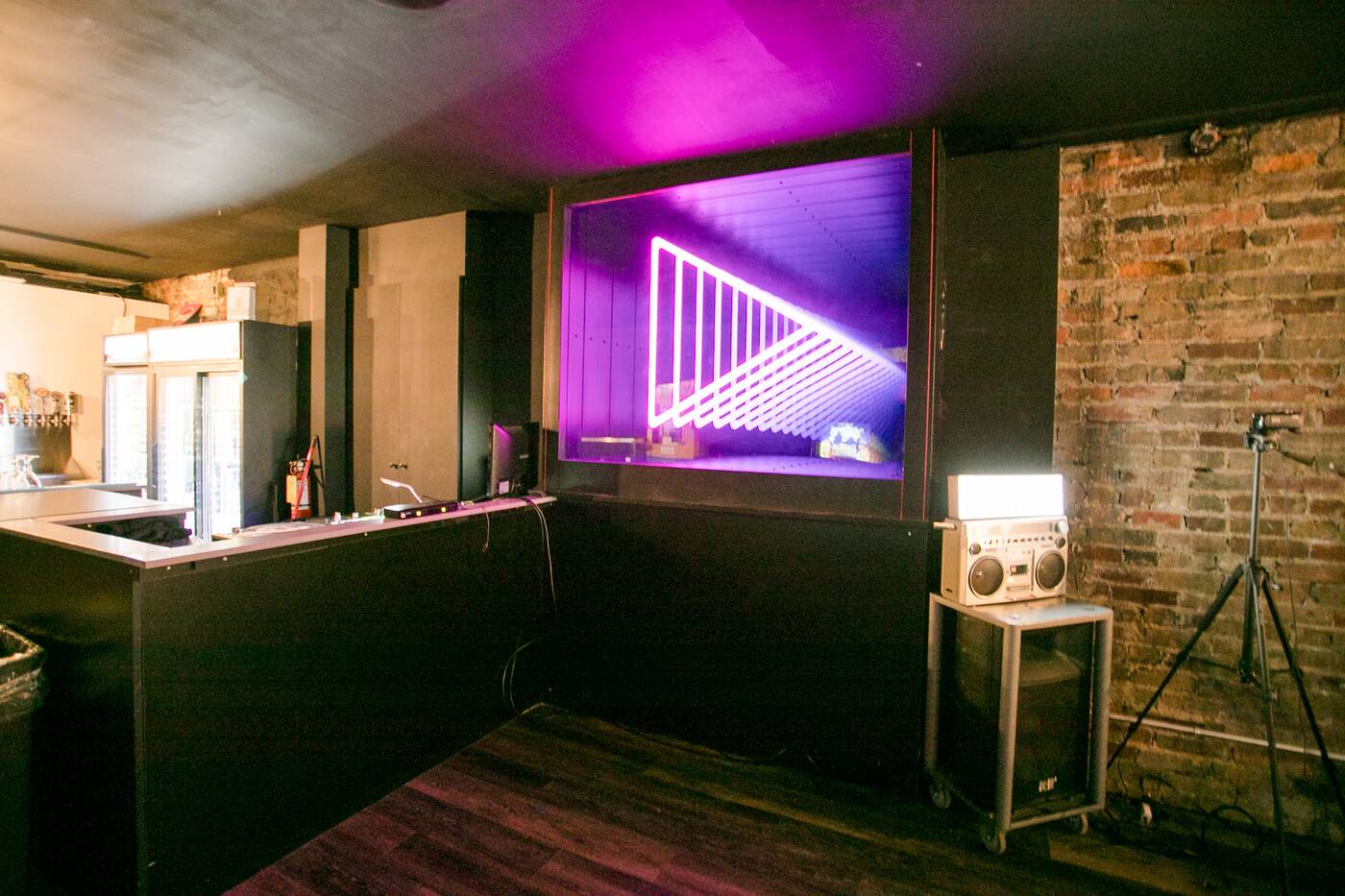 It's also where you'll find the dance floor, where a live DJ spins on Fridays and Saturdays. And as fun as the games are, the prospect of a DJ venue is equally exciting for the city (Choclair and Master T have already blessed the space, so who knows what's next). 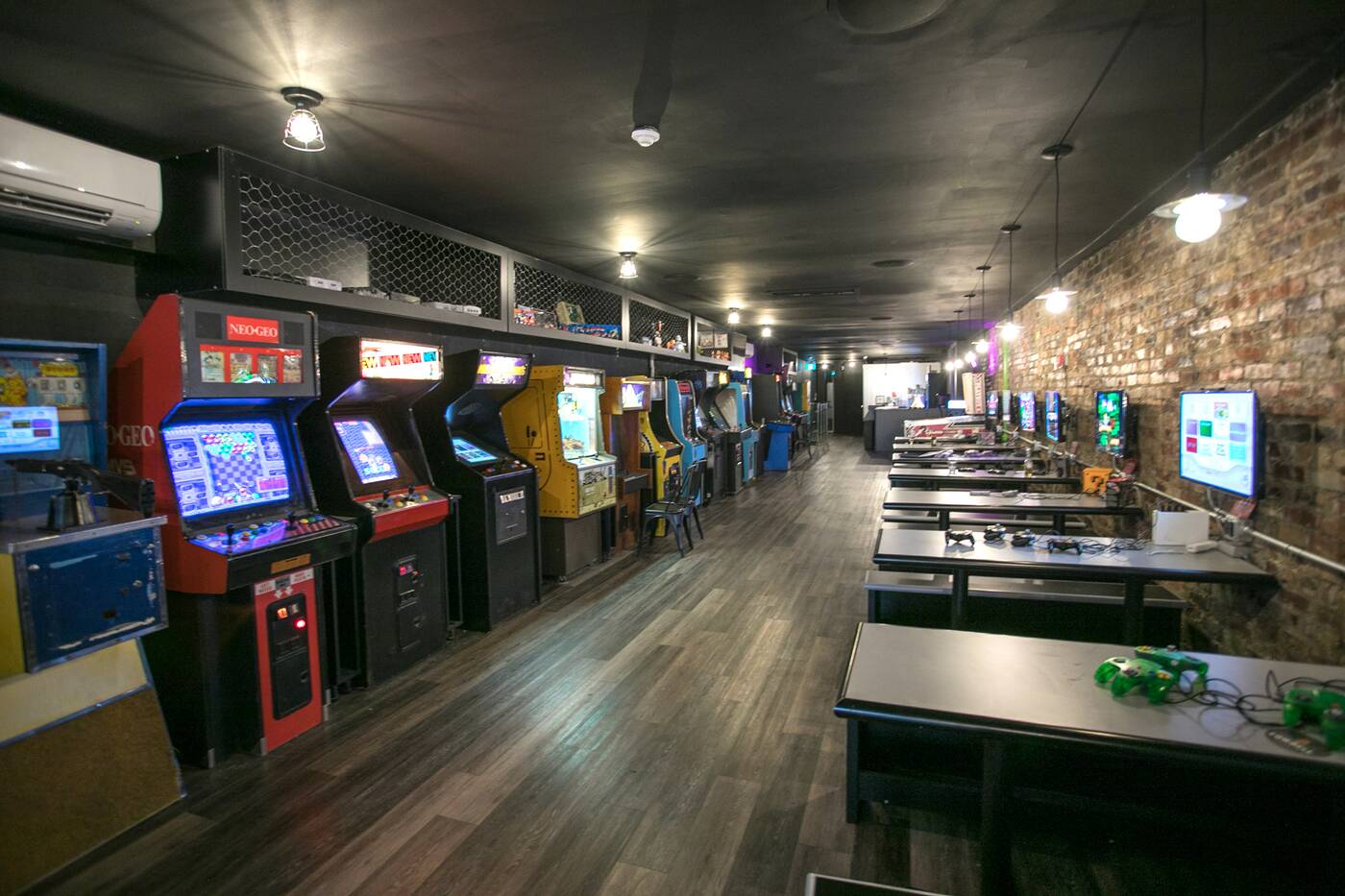 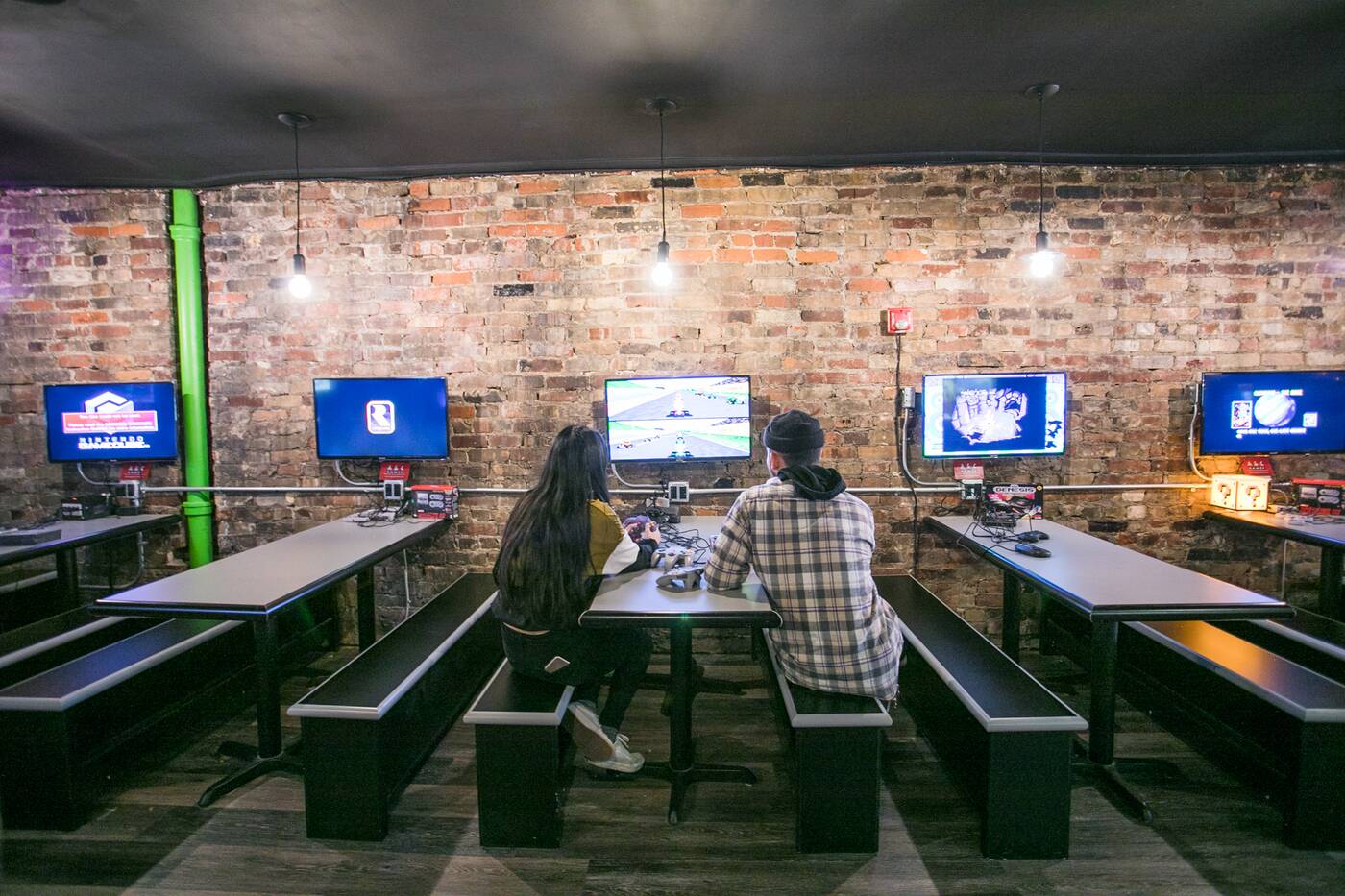 Co-owner Jake Yakobi is the big games savant, and has been building Freeplay's roster for years.  He's travelled far and wide for some of the games, hence a collection that includes some rare gems you won't find anywhere else. 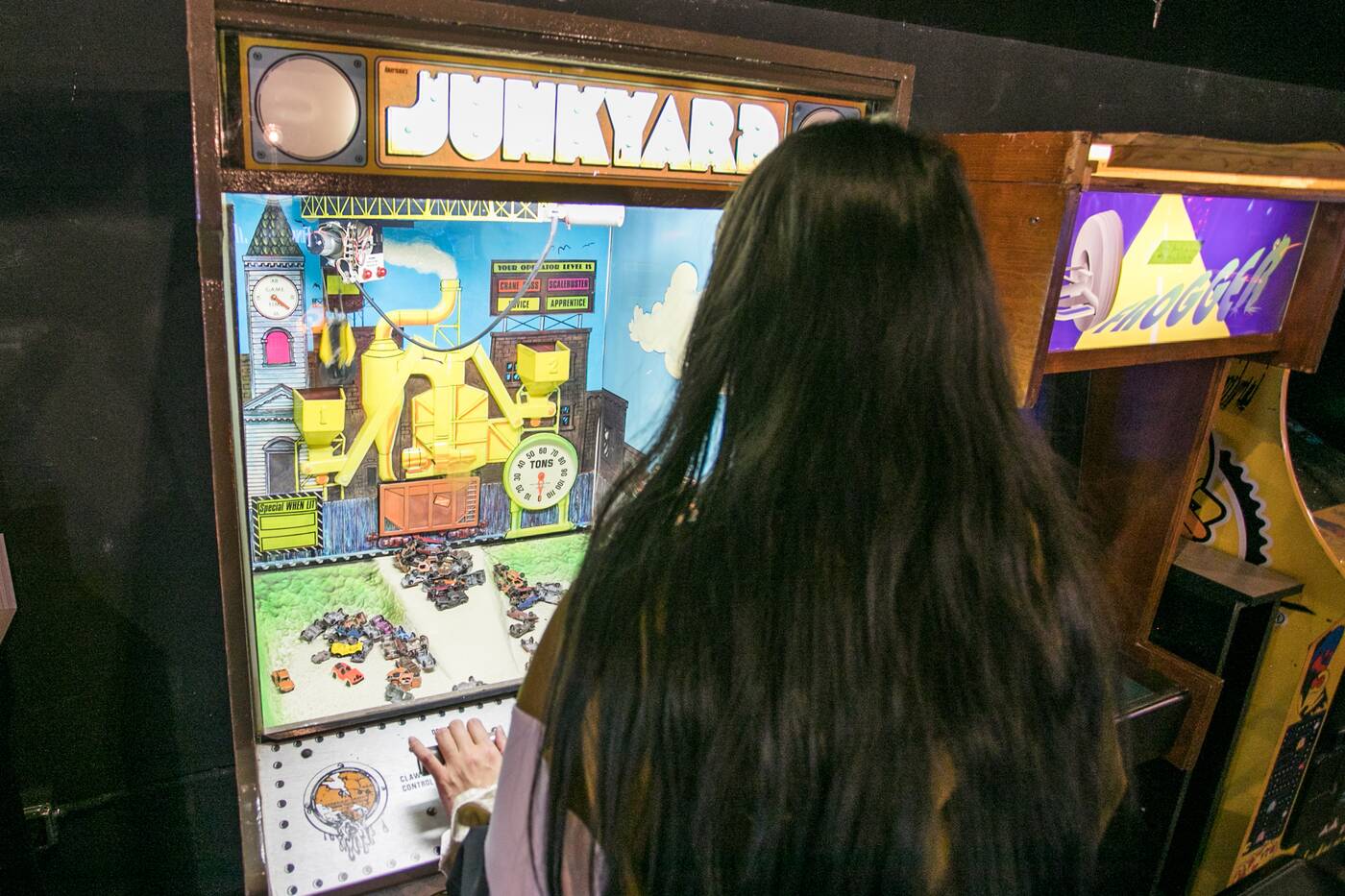 My favourite hands-down is Junkyard, an Americoin claw game from the 1970s that involves manually operating a crane to pick up small toy cars and drop them into a hopper.

Fun fact, for the analogue nerd: sound effects for the game are played from an actual 8-track cassette inside the machine. 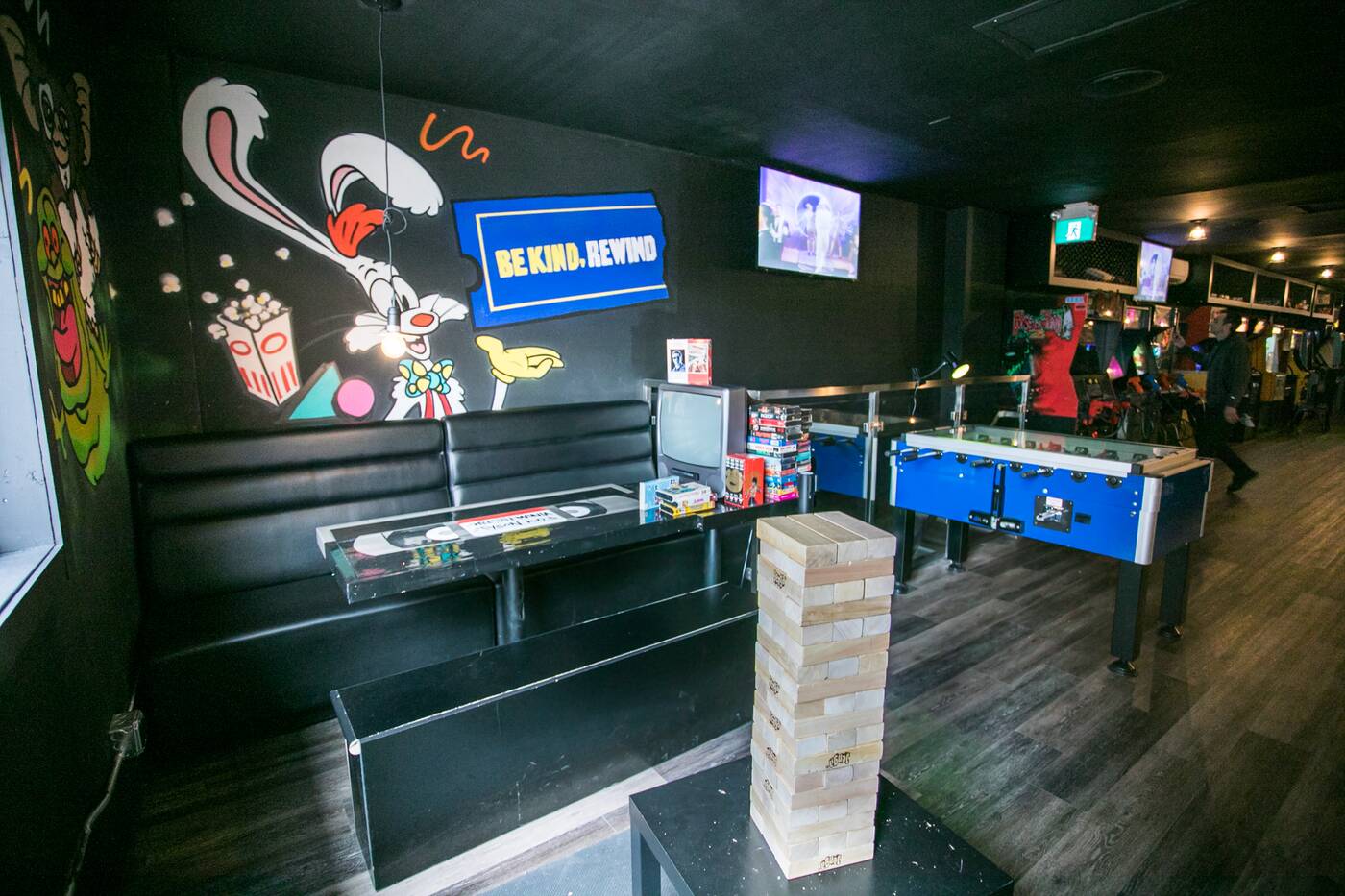 As a kid who grew up on Blockbuster movies, the table designated for stacks of VHS tapes and a working Citizen TV is a revelation. 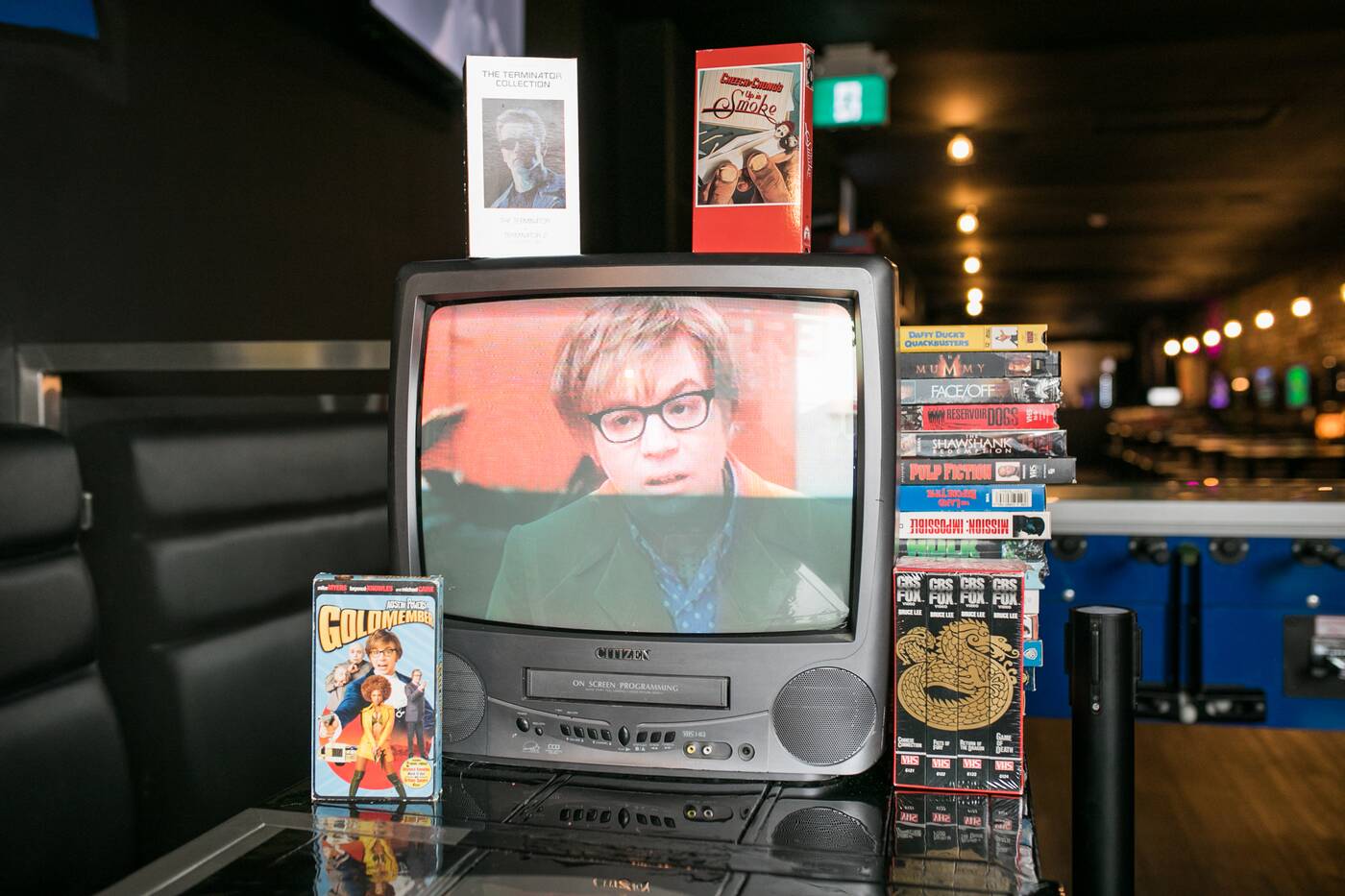 Find it next to the giant Jenga set. 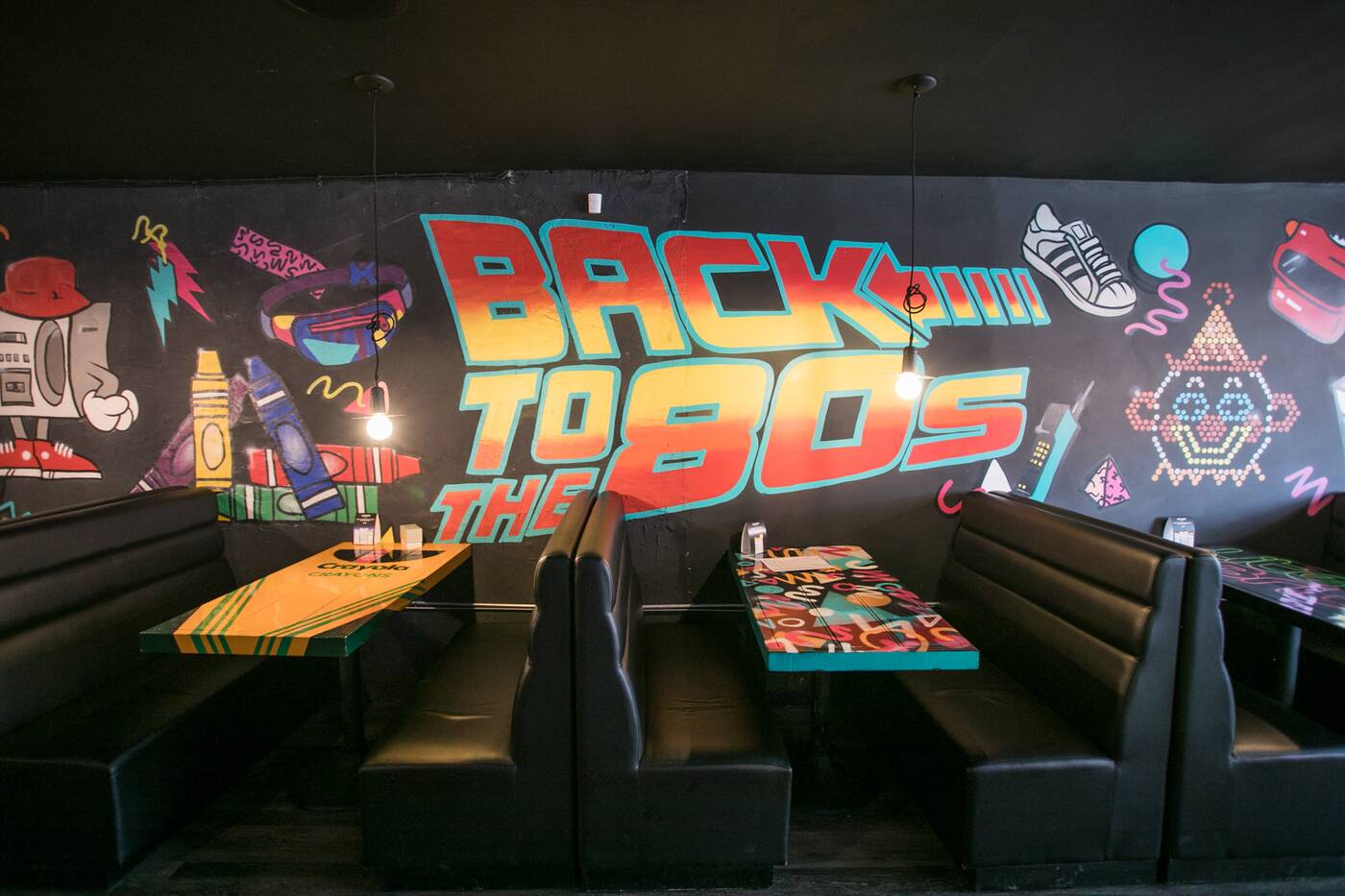 Snag a booth (or even rent one) for a spot to sit back and relax, maybe watch the Whitney Houston and Jamiroquai music videos playing on the TVs, or pig out on some snacks. Dope mural work is by Dynamo416. 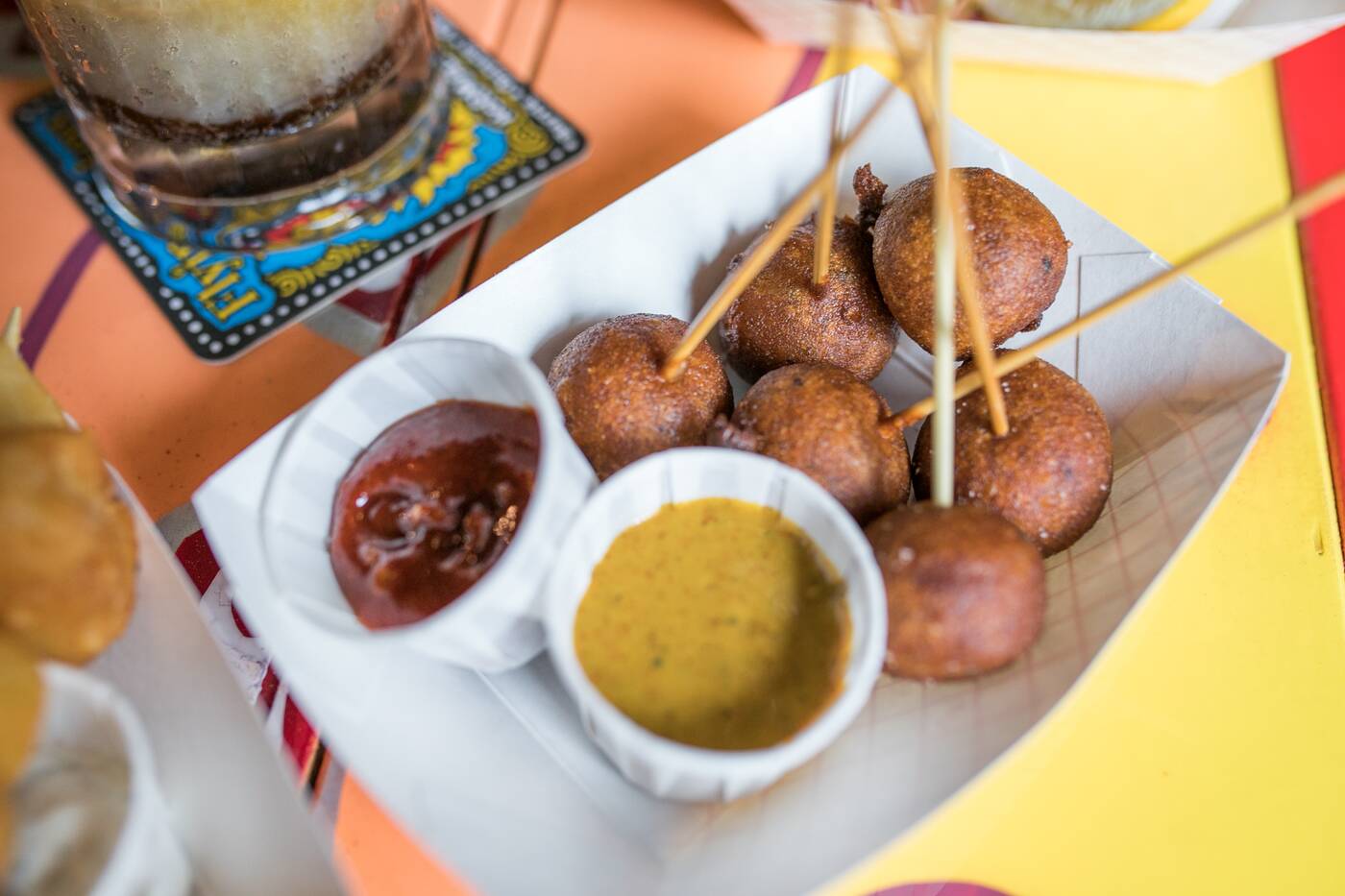 Order downstairs and get your Jamaican patties from Fahmee Bakery (3 for $5) delivered to you. 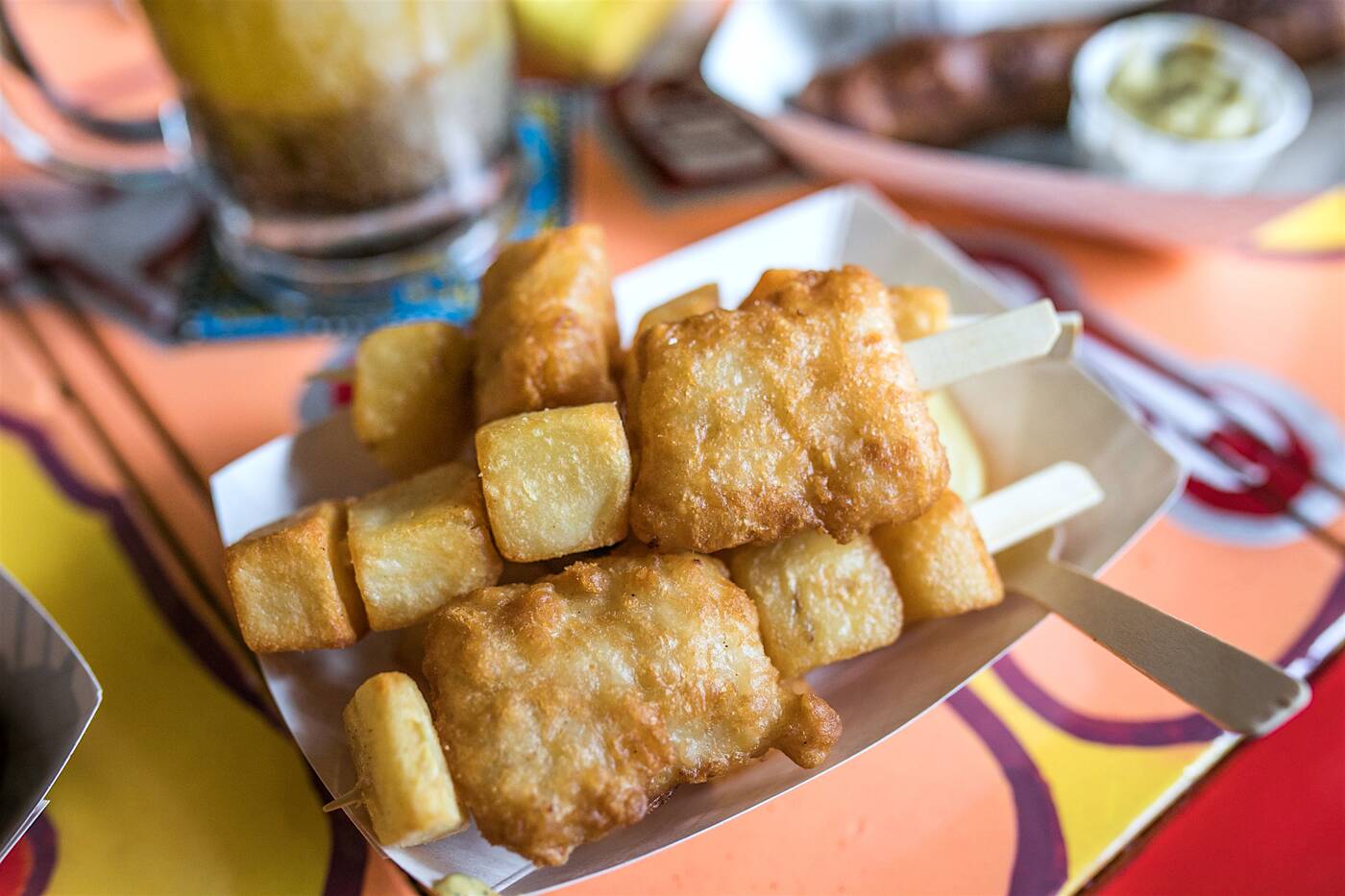 Most of the food like the fish and chips ($5) and calamari ($5) are skewered, to prevent any greasy fingers from ruining the games. 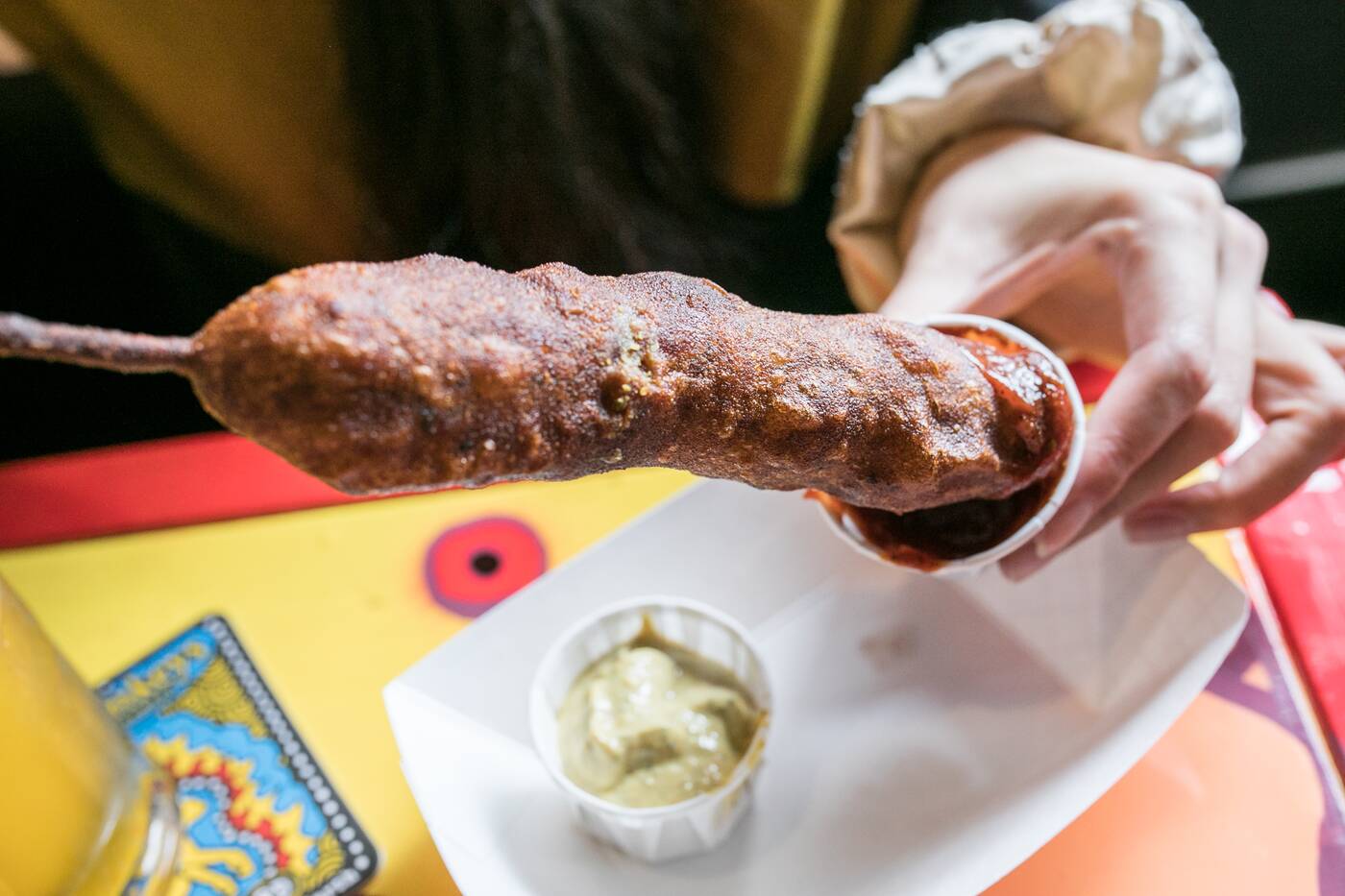 Corn dogs are a necessity: the veggie version is actually delicious ($7). 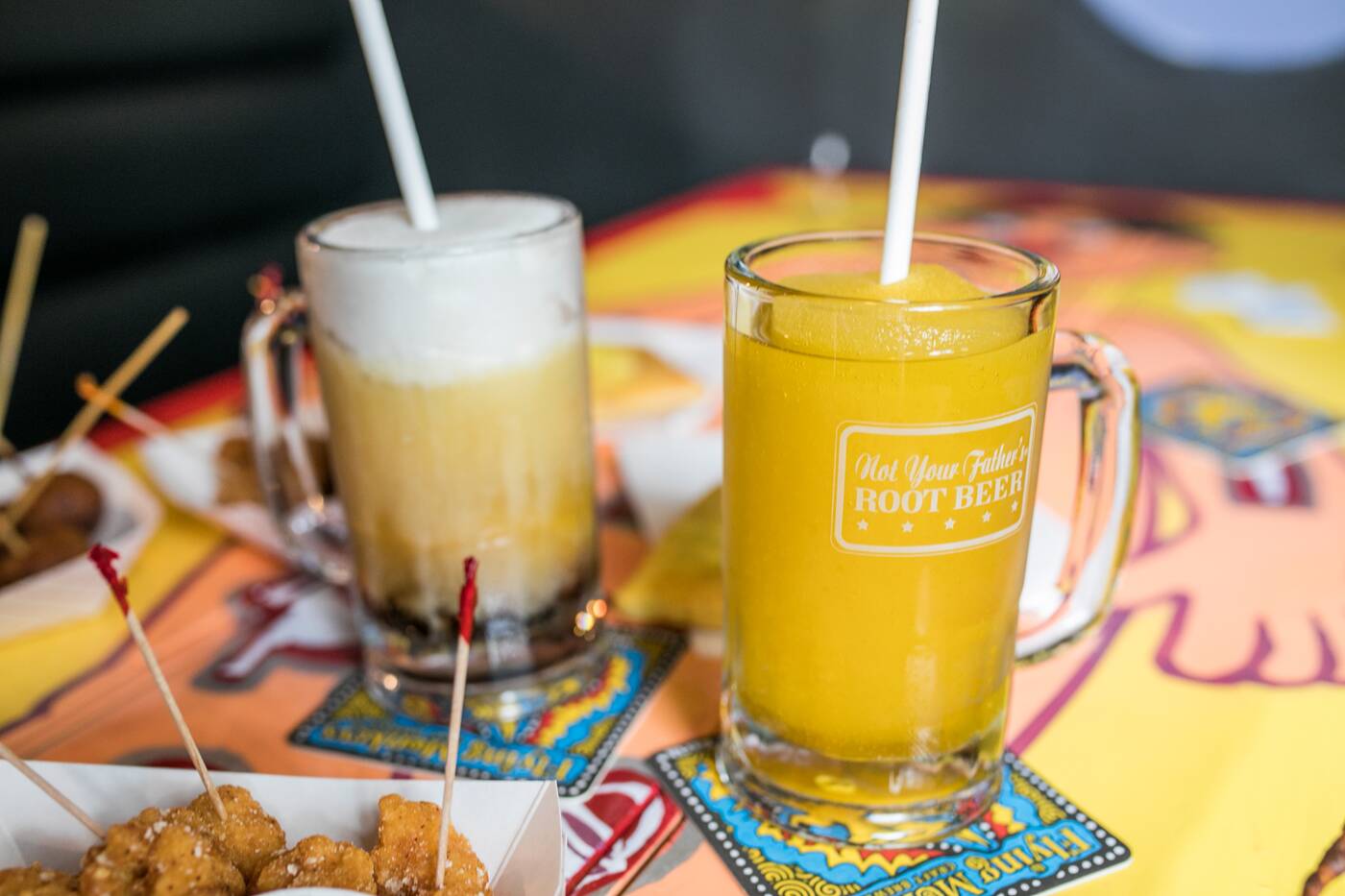 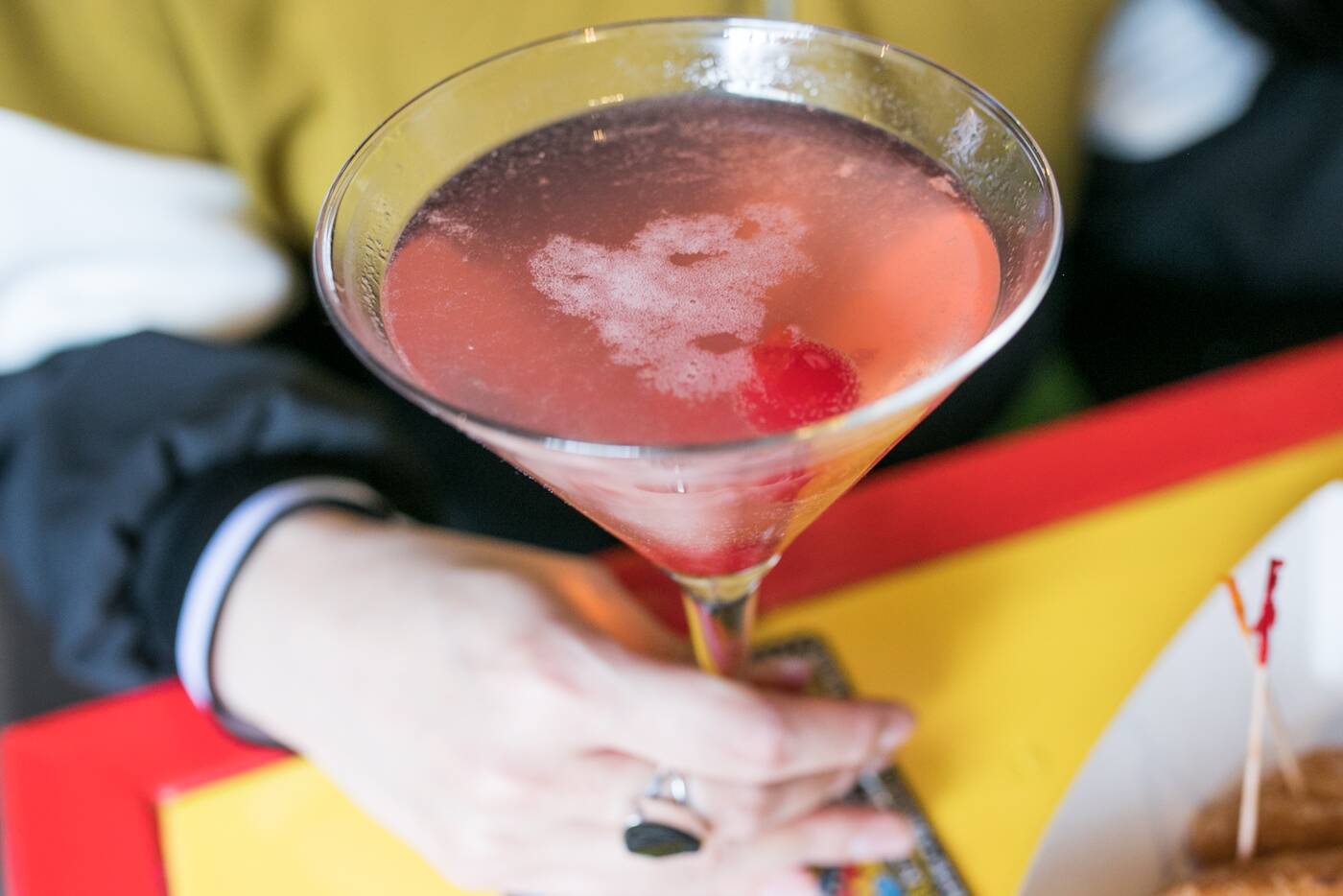 Or grab the signature drink: the Malibu Barbie ($11), which tastes exactly like it looks. 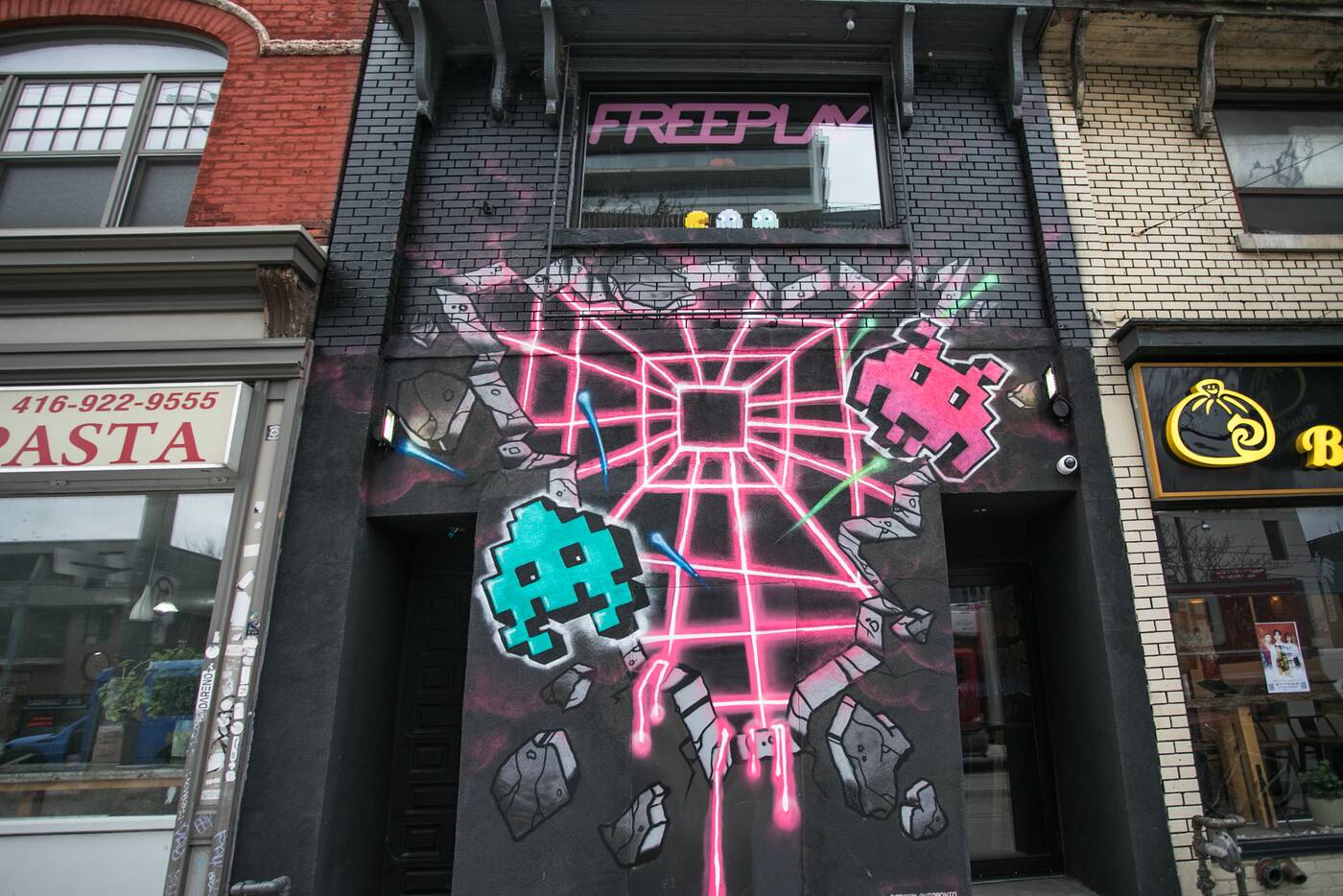