High Park Brewery is a local beer brand that now has its own sprawling tap room.

Toronto craft beer fans are likely familiar with the brand’s presence in bars, restaurants, and the LCBO. 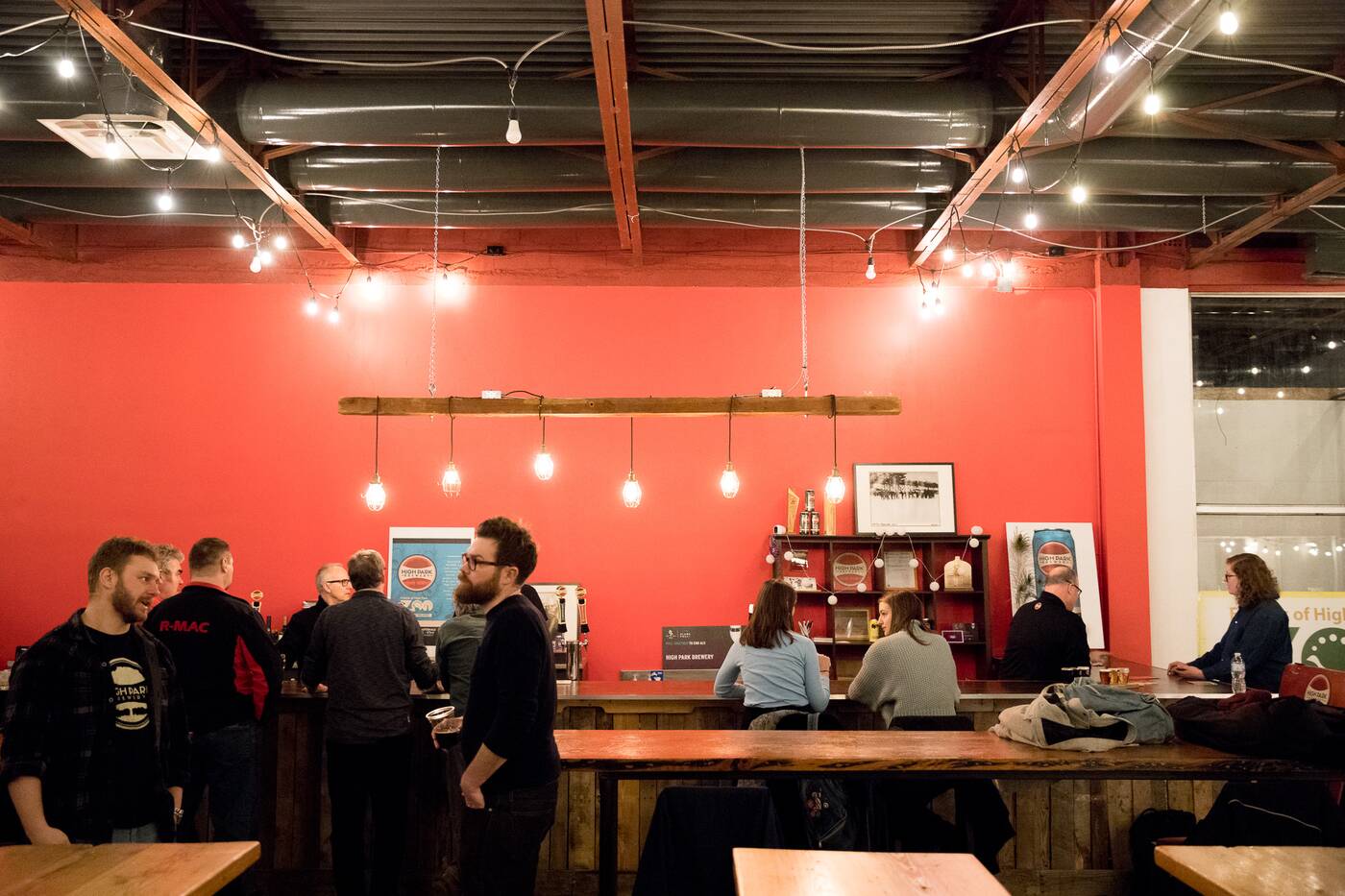 The space with a capacity of over 100 was formerly a grocery store, the occupants of which apparently picked up and left mysteriously in the middle of the night. It now houses a pilot brew system, high tables and chairs and a long bar. Old photos of High Park provide a bit of decoration.

The names of their entire lineup of brews are inspired by High Park, such as Under the Sakura and Off the Leash. 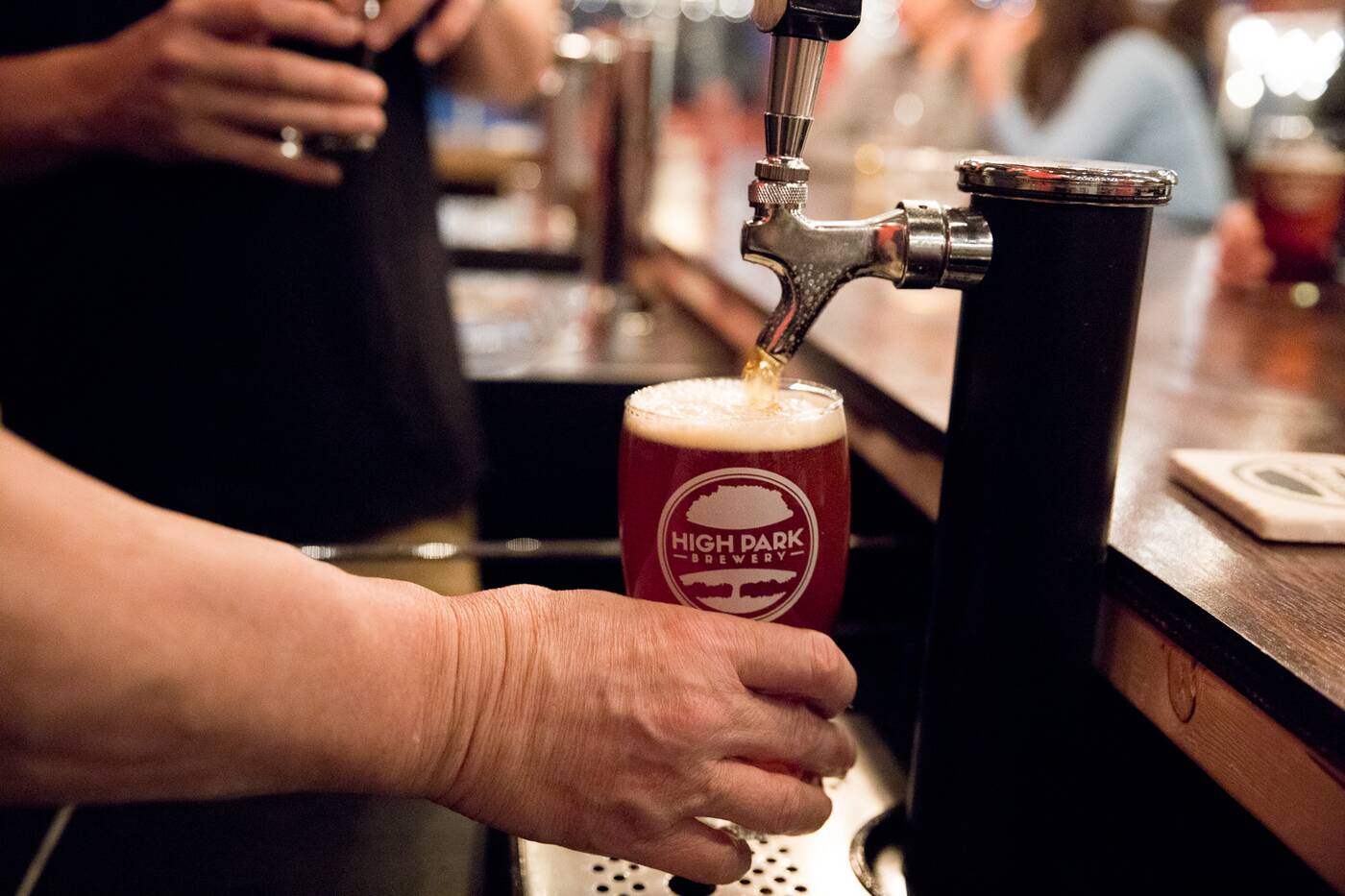 Pints go for $7, their flagship Across the Pond English Special Ale is always a safe bet. At 5.4 per cent, it’s an Ontario Brewing Award Winner with just a slight bitterness that undercuts malt flavours and a subtle toasty fragrance. 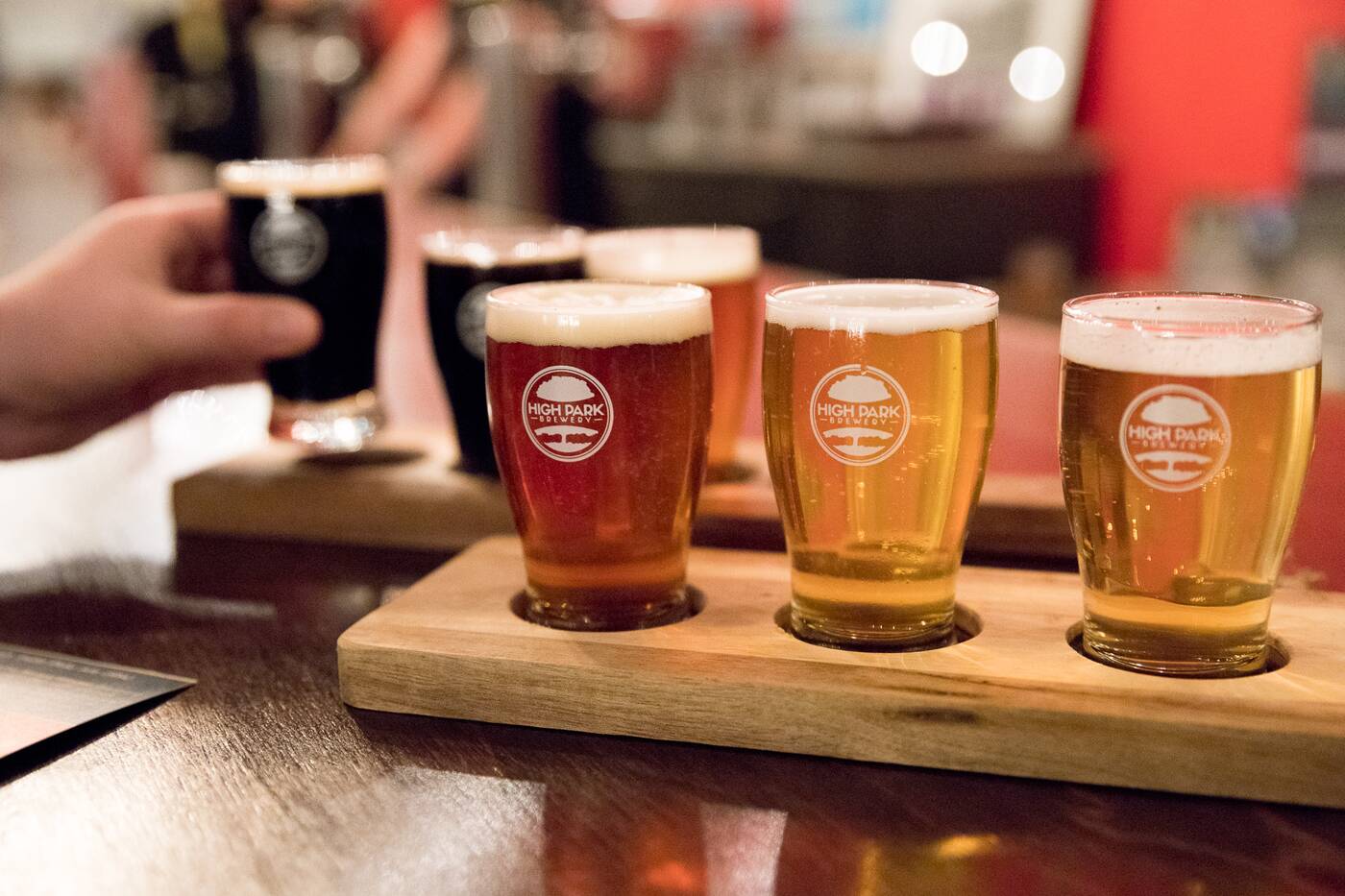 Flights are $9, allowing me to easily sample all six beers on offer in the tap room on the night of my visit.

Against the Grain is brewed in a light Helles style, also an award winner in an Ontario lager category. It’s crisp and slightly dry but very easy-drinking with a low alcohol content of 4.5 per cent. 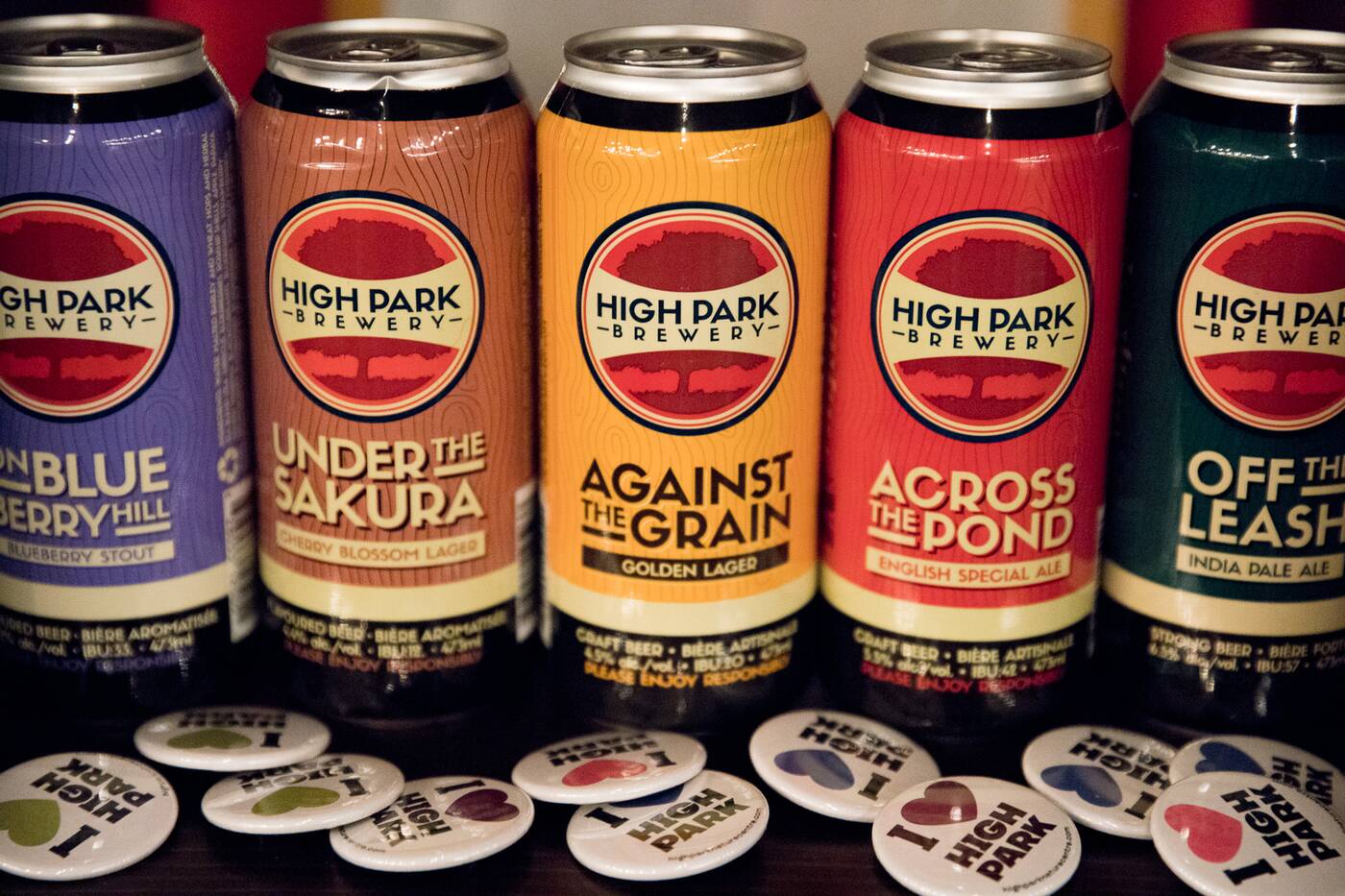 Darker options include an experimental chocolate peppermint porter on offer exclusively in the tap room, and a blueberry stout flavoured with blueberry tea. The extremely light Under the Sakura cherry blossom lager is extremely light at just 4.4 per cent, but has a nice delicate flavour thanks to fresh pressed Black River cherry juice.

An Off the Leash IPA is their strongest beer in heavy rotation at 6.5 per cent and also an Ontario Brewing Award Winner, intense west coast hops combining with English malts for a balanced but bold ale.

You might also find one-off cask brews in this tap room, ideas for imperial stouts and Belgian tripels fermented in bourbon and Cabernet franc barrels floated around as I sip my samples. 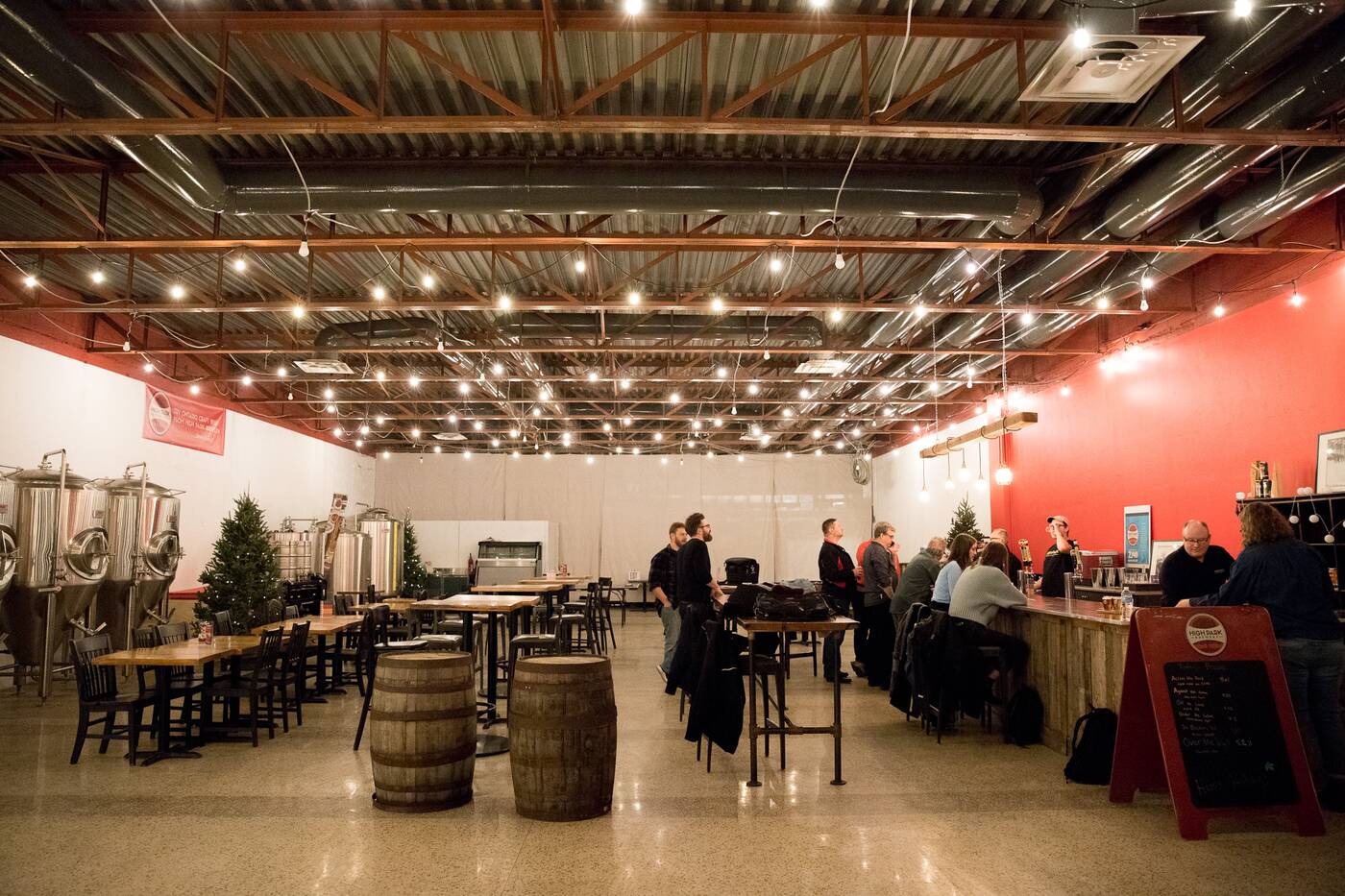 High Park Brewery is also actually a Certified Benefit Corporation, meaning they’re held to higher standards of accountability for their social and environmental performance. They’re not forced to do this as a B Corp, but donate 2 per cent and up of all sales to environmental causes.

They even brewed a Peacock Pilsner, a portion of all sales of which go toward the High Park Zoo. 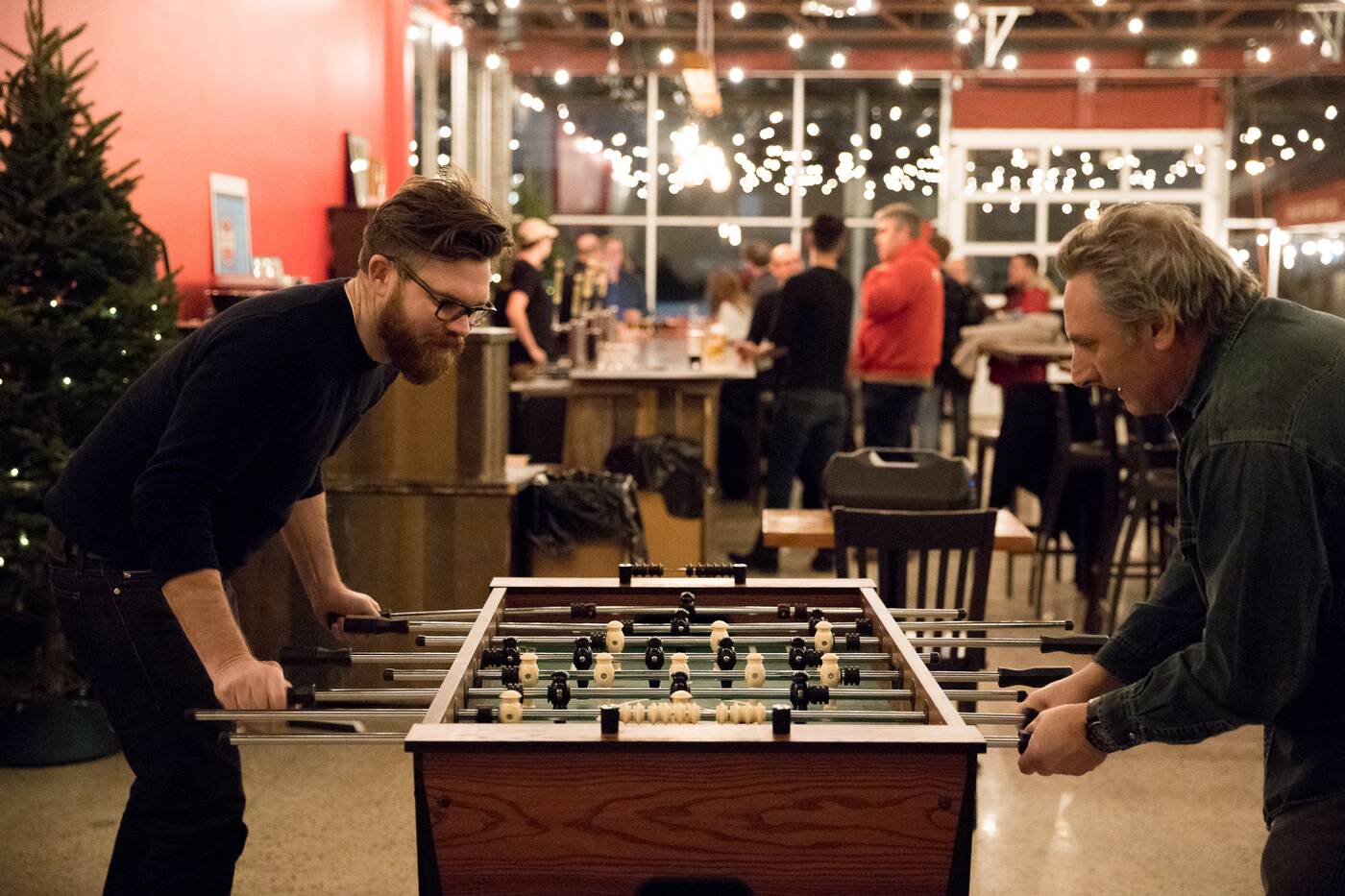 A foosball table casually thrown into one corner livens up the raw space, and there’s plenty of room to regularly host live music. Garage doors can even open to the street so crowds can move freely in and out of the space. 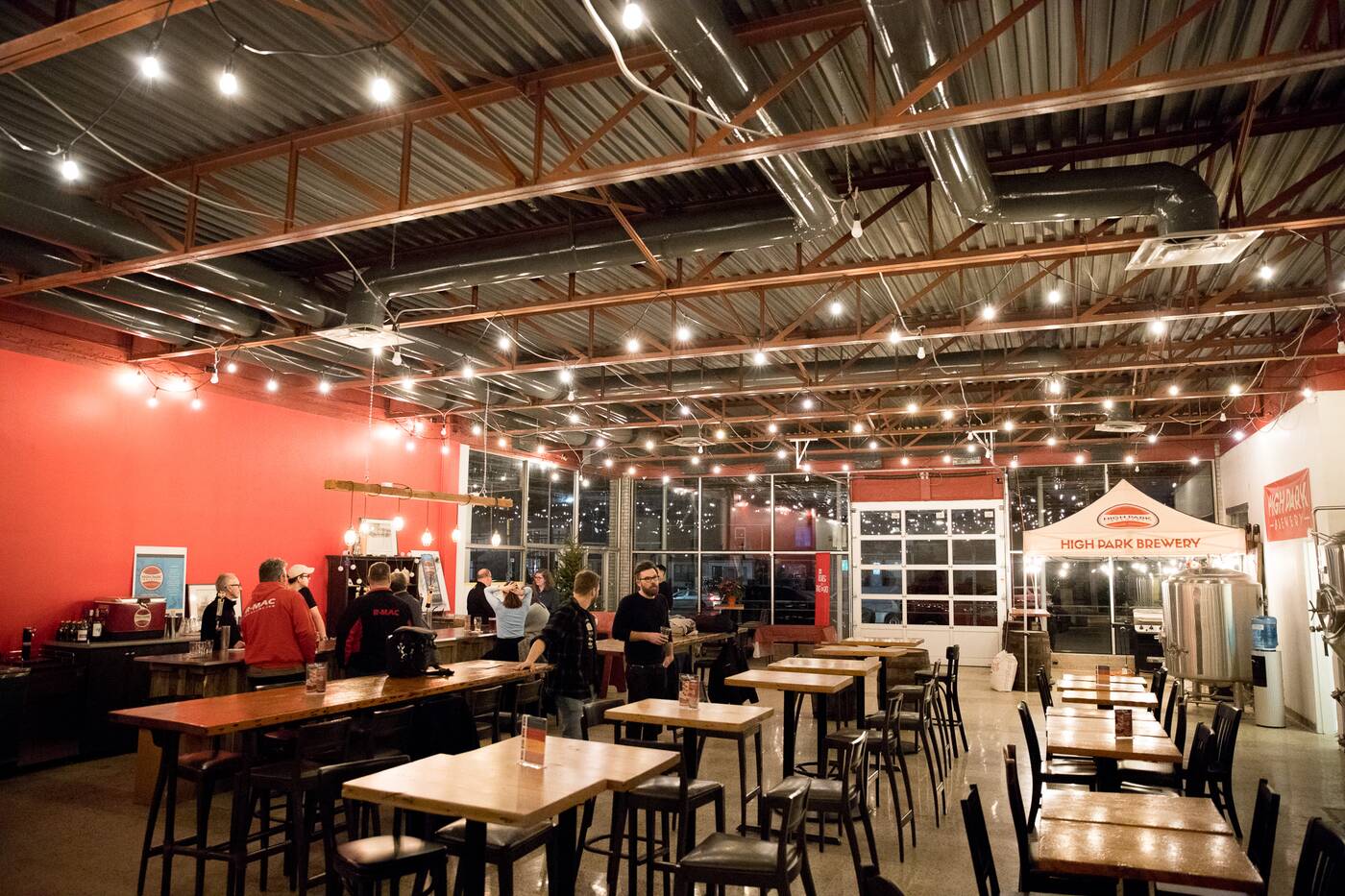 Another corner can also host food pop-ups, a barbecue still hanging around from a recent event. 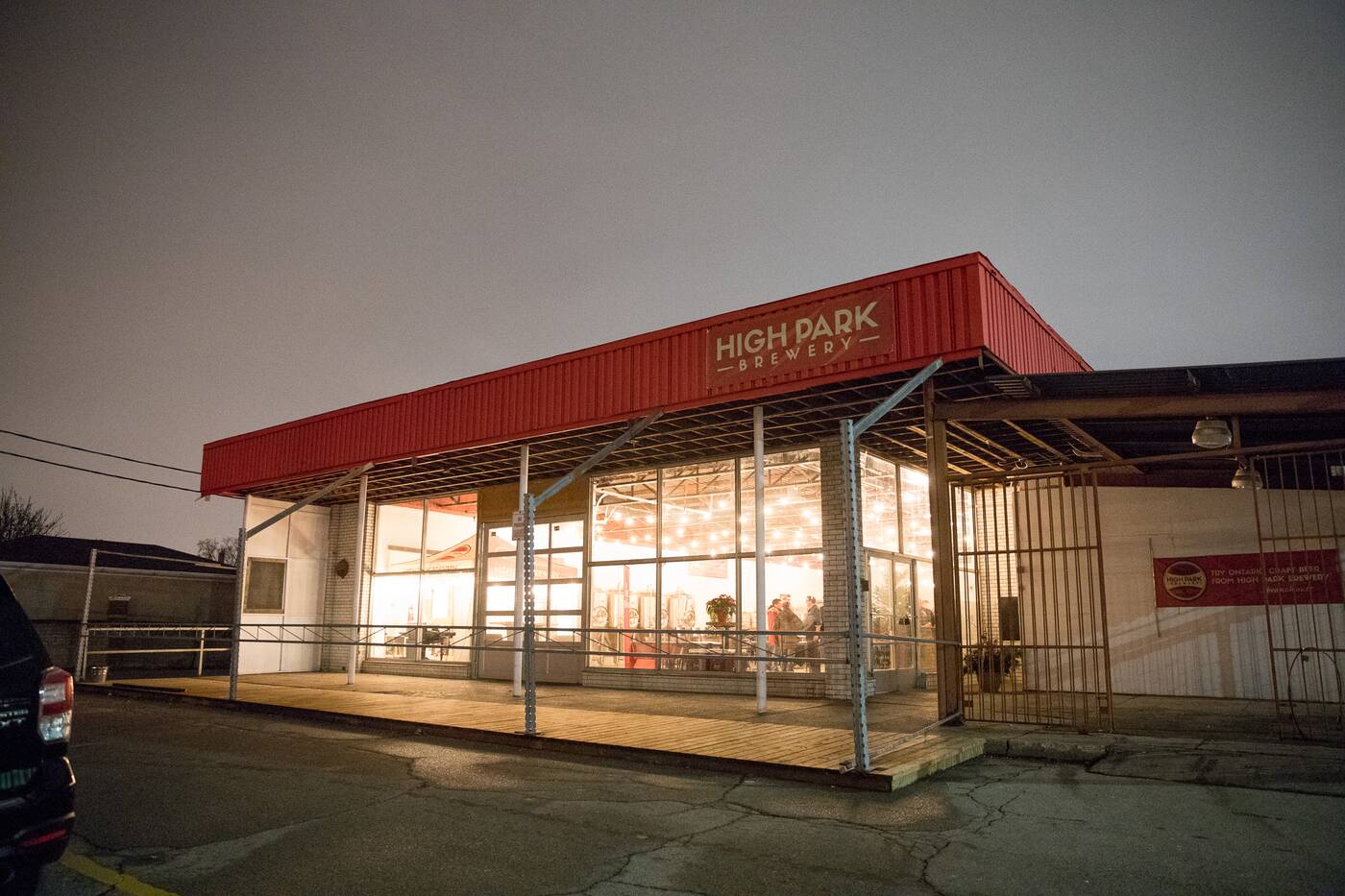