Left Field Brewery is one of Toronto’s big names in local craft brewing. Available on tap in tons of bars and restaurants throughout the city, they’ve made a name for themselves by experimenting obsessively with their beers all the while tying in a serious love of baseball.

Jays games are big here, every single one shown with full audio to a considerable and loyal crowd, some fans standing for the anthem. Run by husband and wife team Mandie and Mark Murphy, the brewery came to occupy its current industrial space in 2015. 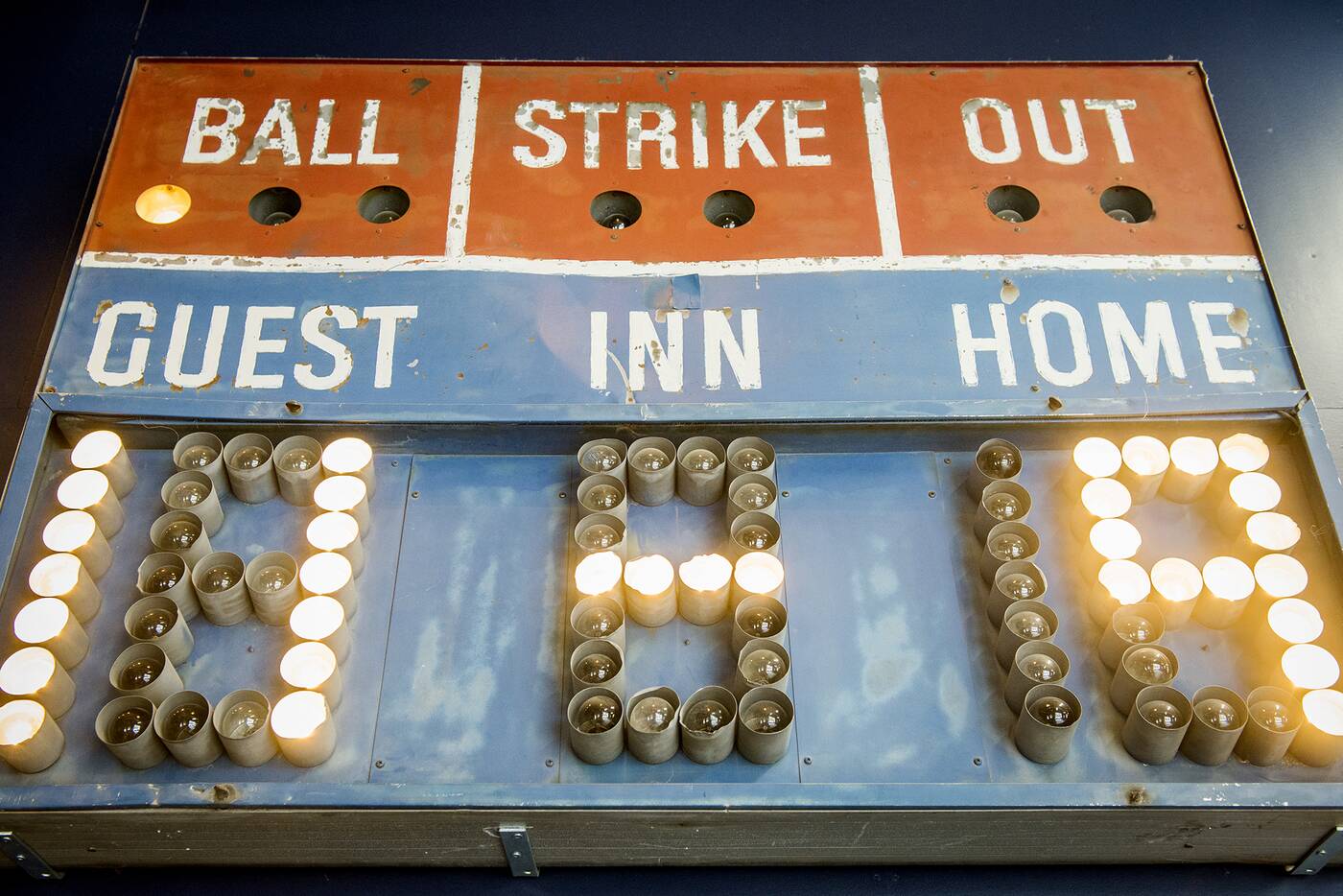 Solidifying the baseball theme is a gigantic scoreboard found through Smash. Salvaged from an old ballpark in Ohio, it shows the combination brewery, tap room and bottle shop’s hours. 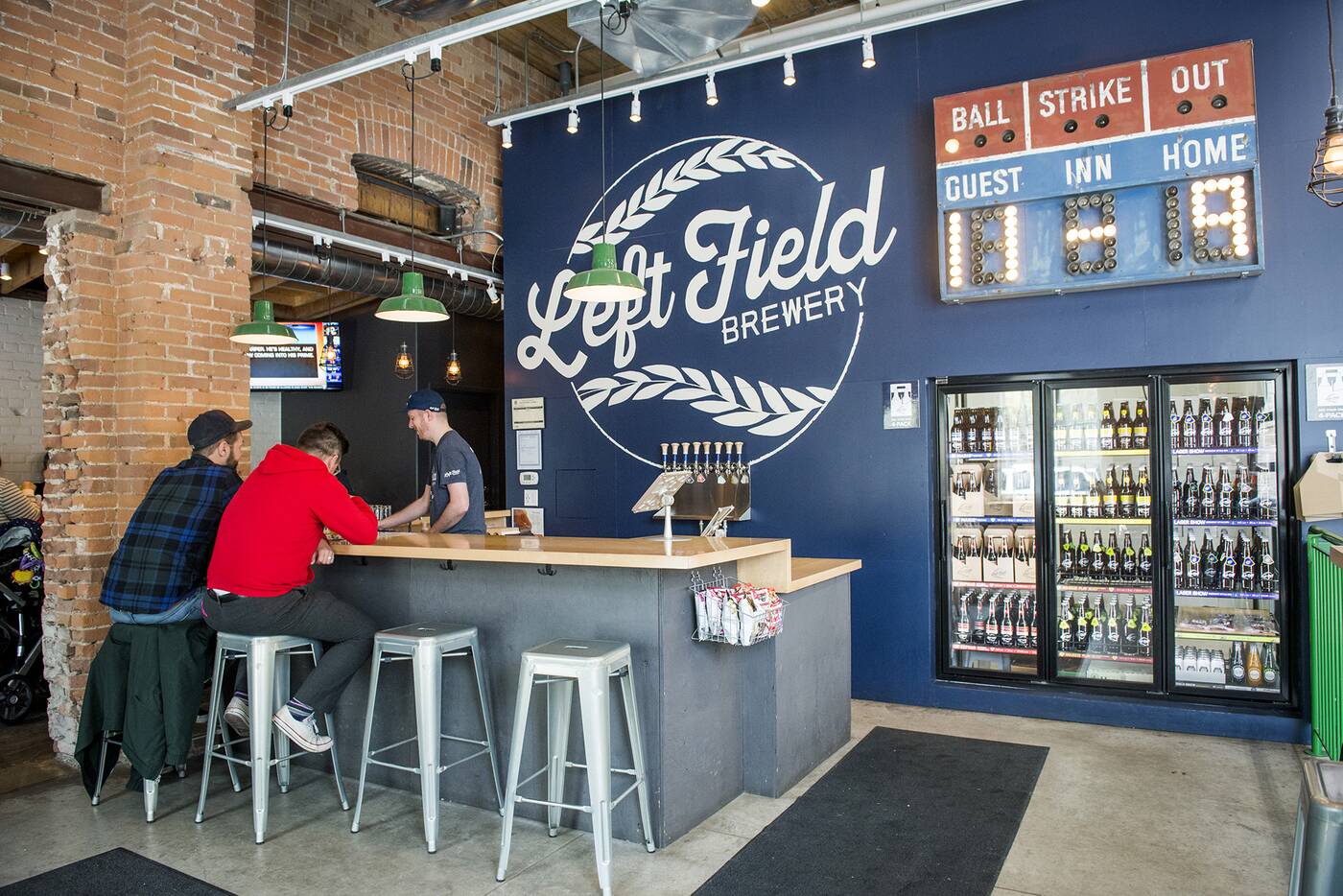 This is a definite baby and dog type brewery, the intimate drinking nook with high tables off the side cluttered with strollers and tangled with leashes. 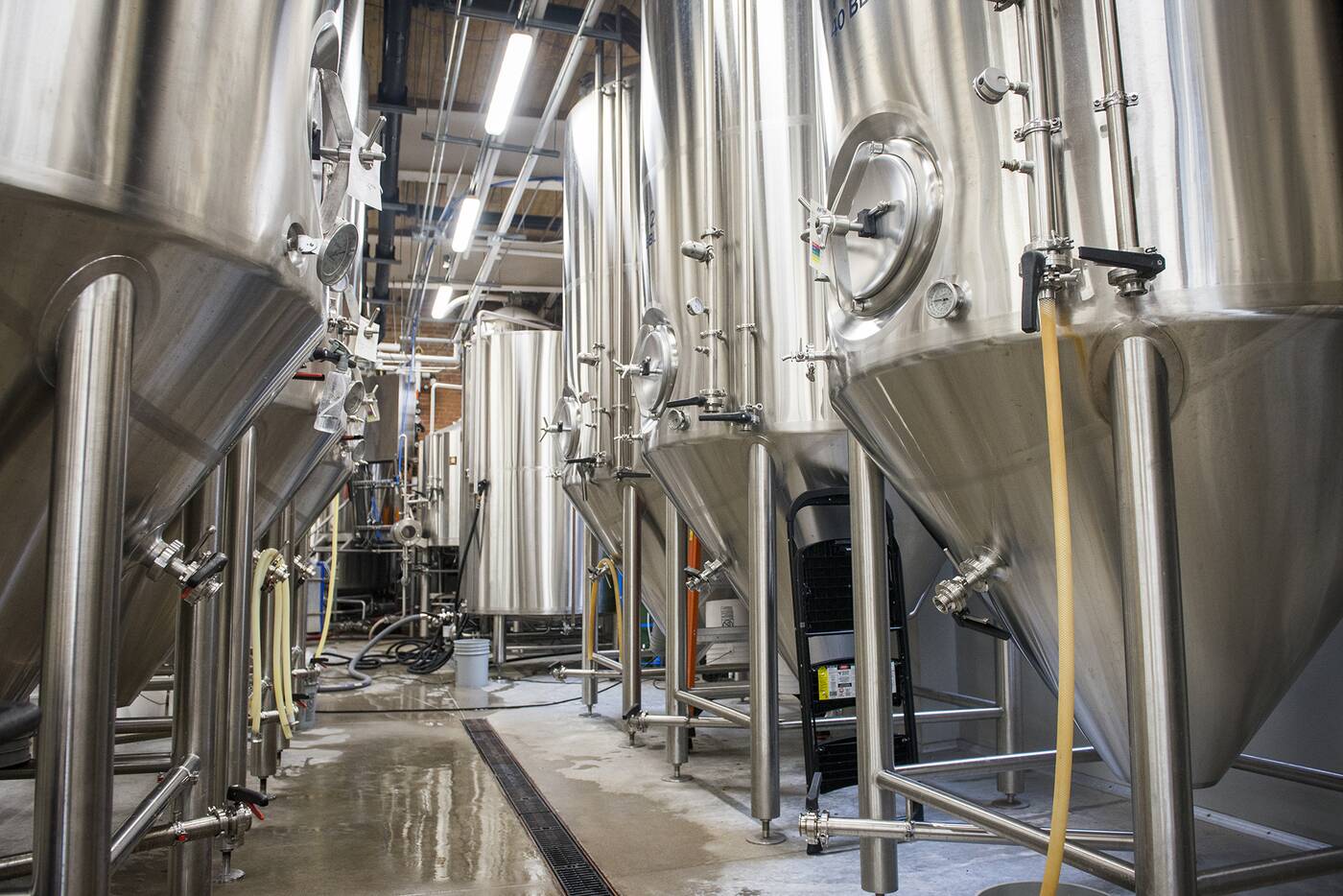 Other than this area, seating in the taproom itself isn’t super ample, the bulk of the property devoted to brewing. 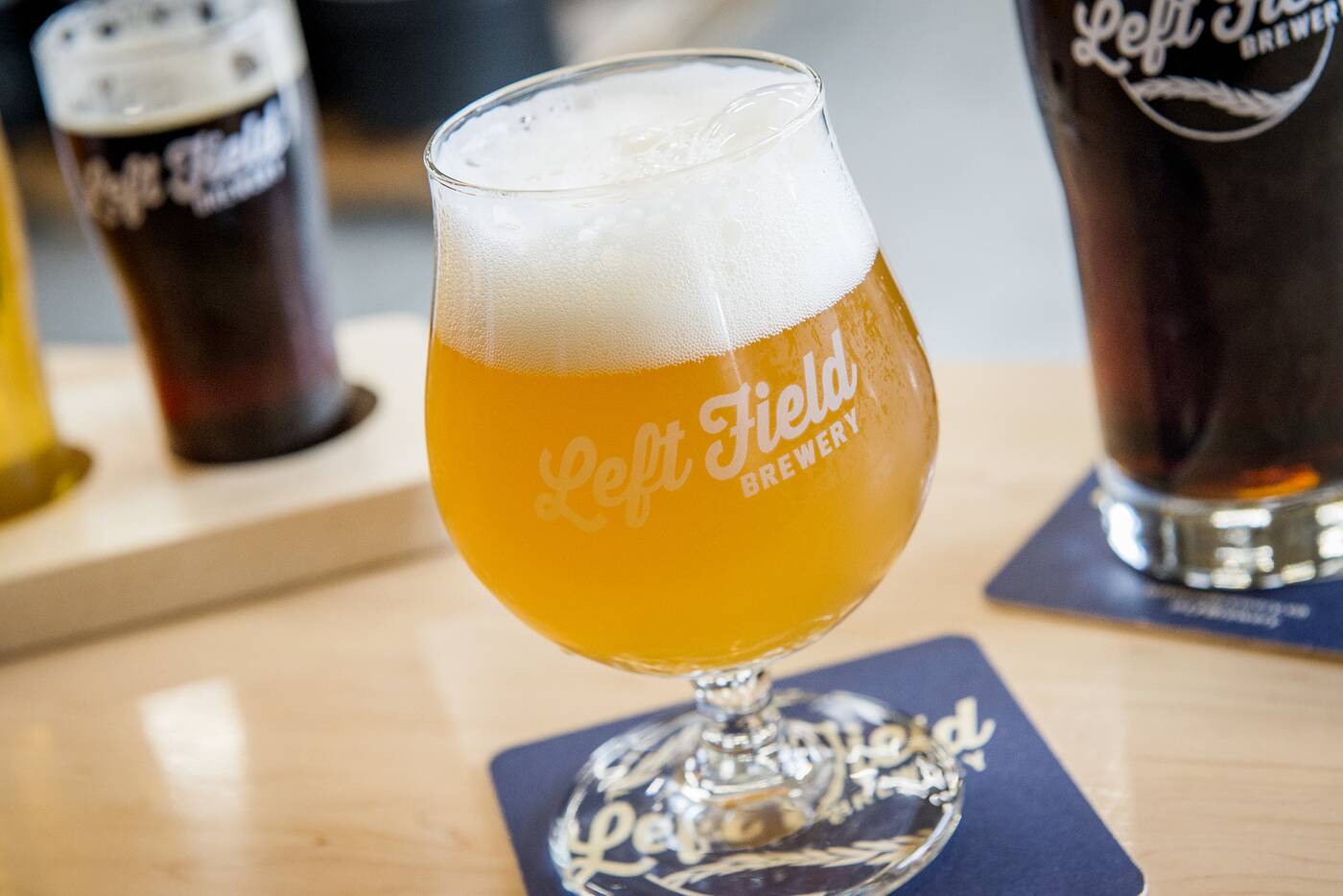 Unlike some breweries where styles can be too similar in an effort to create identity, Left Field’s beers all have boldly distinct flavours while remaining in the same family. The Laser Show is a Vermont Style IPA, served in a smaller ten ounce pour ($5.50) due to its 8% and hazy, dank bitterness, though it’s still quite smooth. 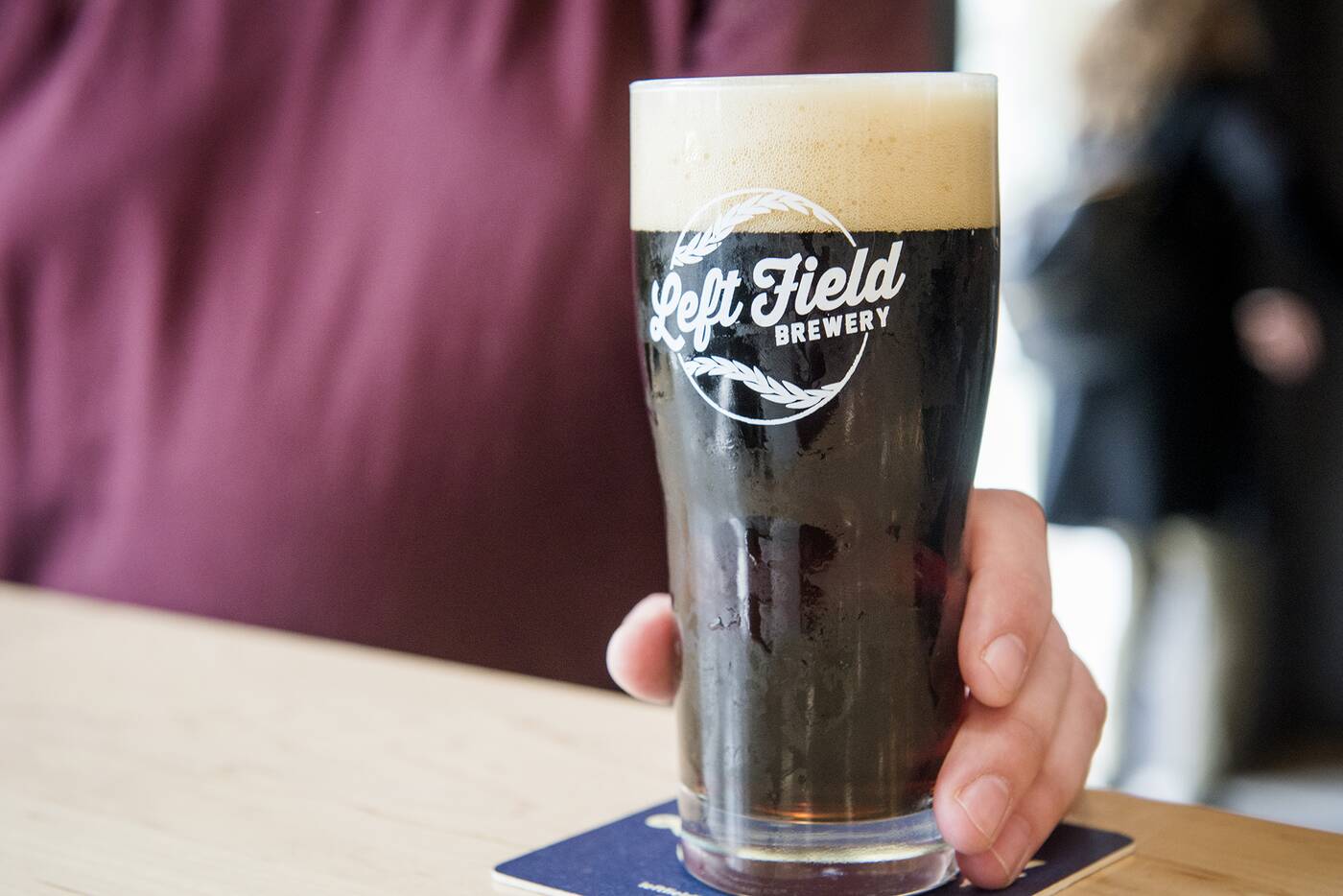 Left Field’s signature beer is the Eephus oatmeal brown ale ($5/12 ounces), named for a type of baseball pitch intended to catch the batter off guard, and the creaminess of this dark beer does the same to drinkers while still offering malty nuttiness. 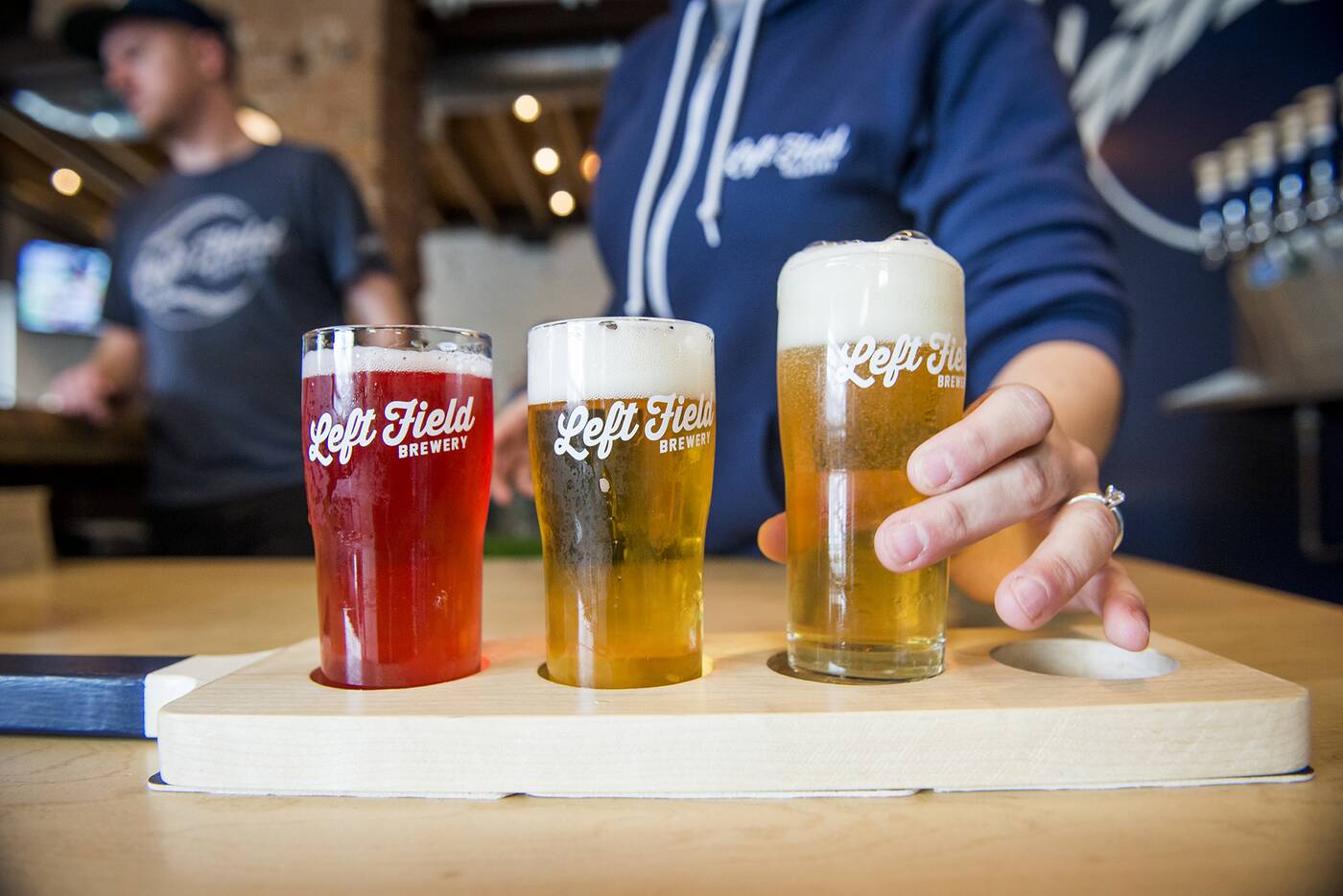 A flight ($10) includes this, the lighter summer seasonal Sunlight Park grapefruit saison and drinkable Maris pale ale, and hot pink Squeeze Play, a beer released the day before I tasted it. 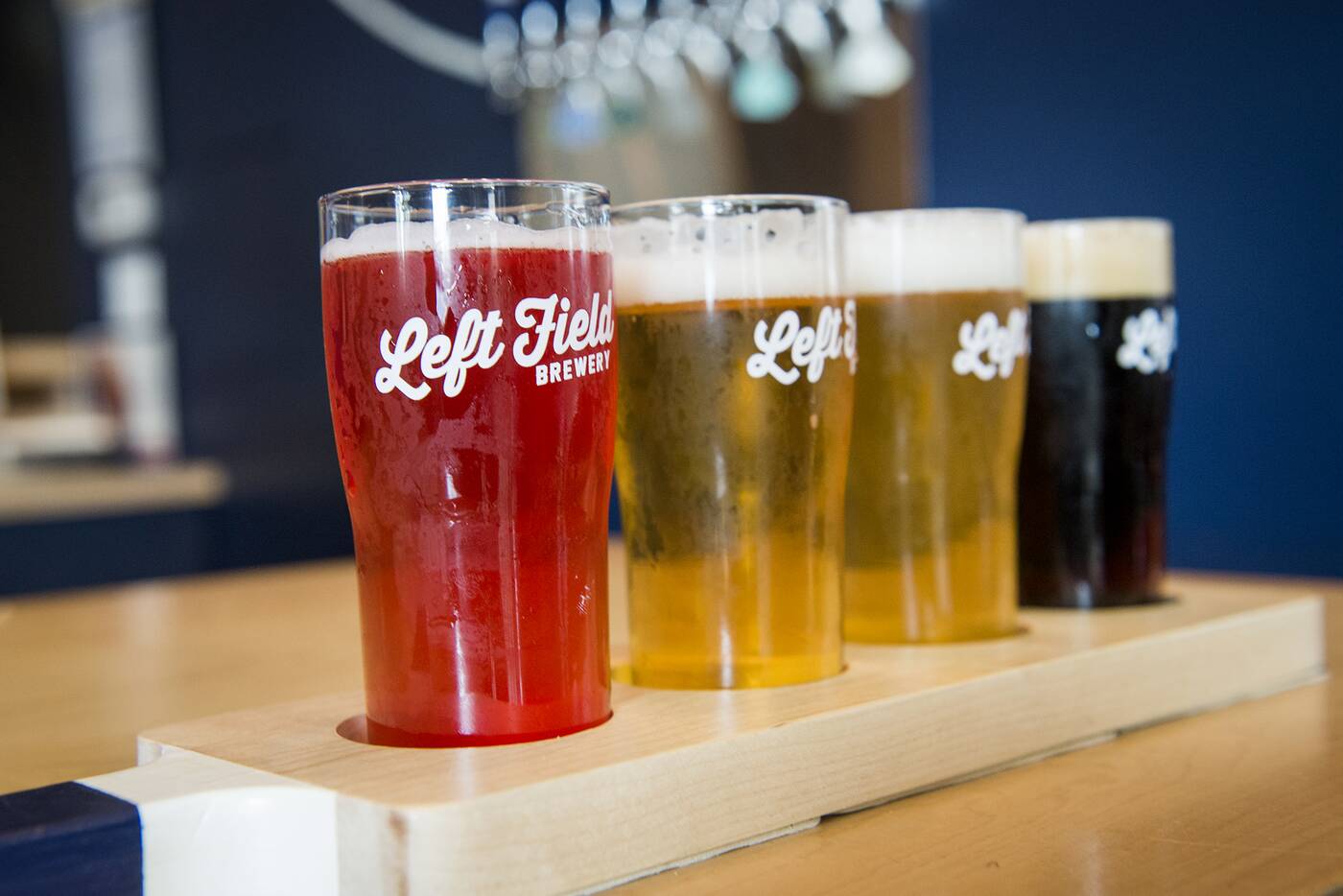 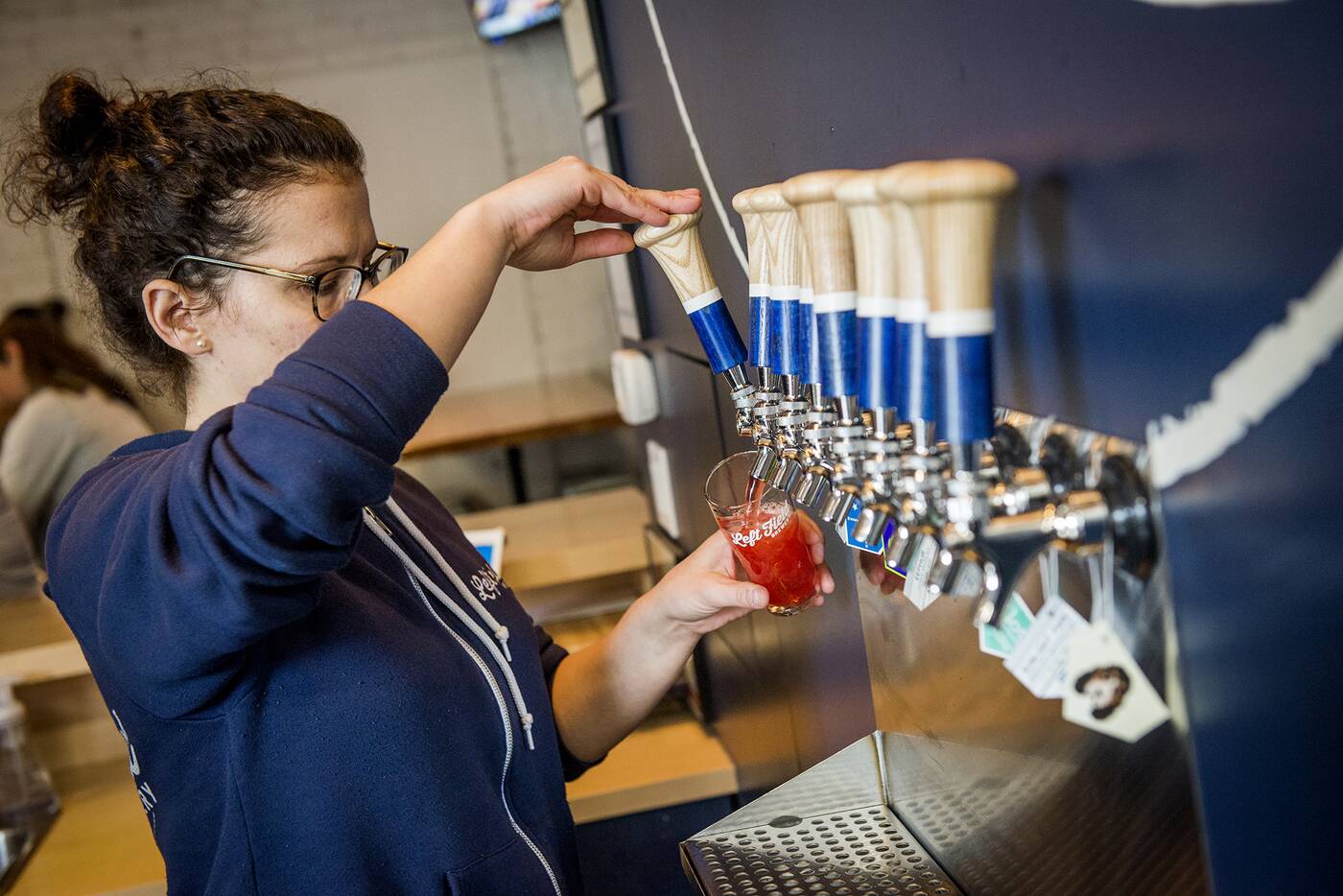 The Squeeze Play is very sour and citrusy, almost candy-like. 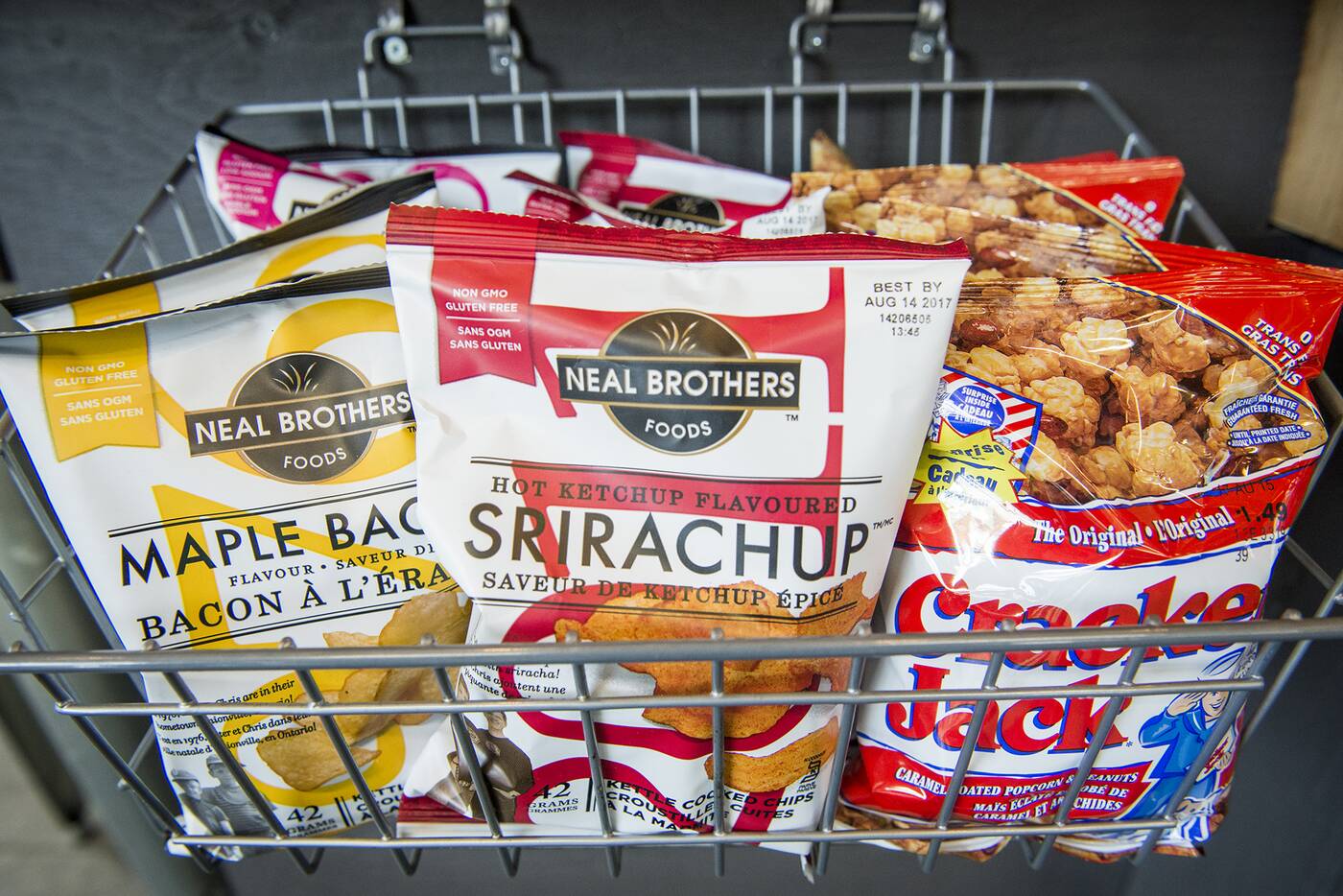 The usual effortless brewery snacks are provided, bags of chips for $2 and typical pepperoni stick and cheese packs for $8, though these offerings can change. 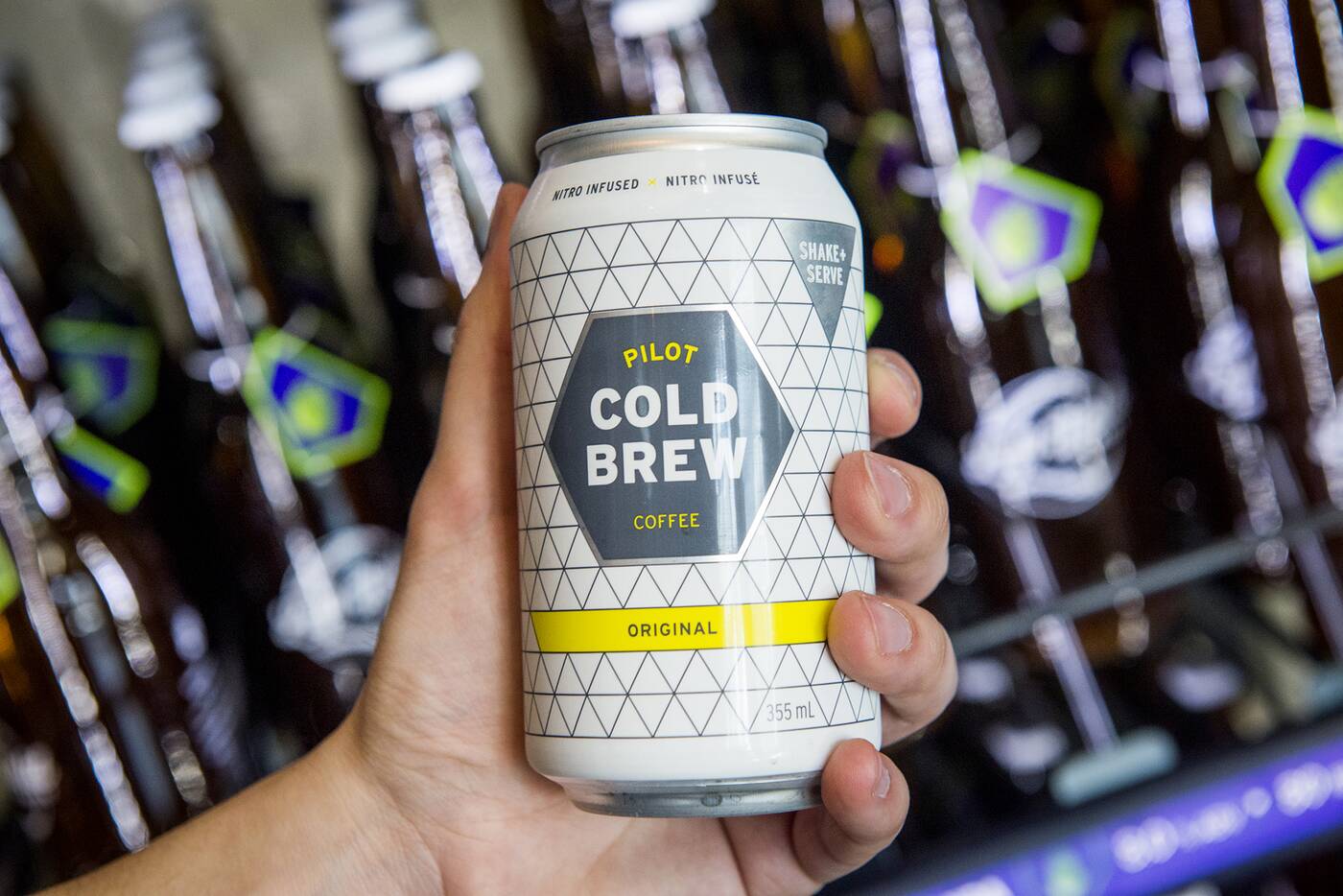 Left Field’s situated right next to Pilot’s headquarters, making it convenient to sell their cans of cold brew ($5). 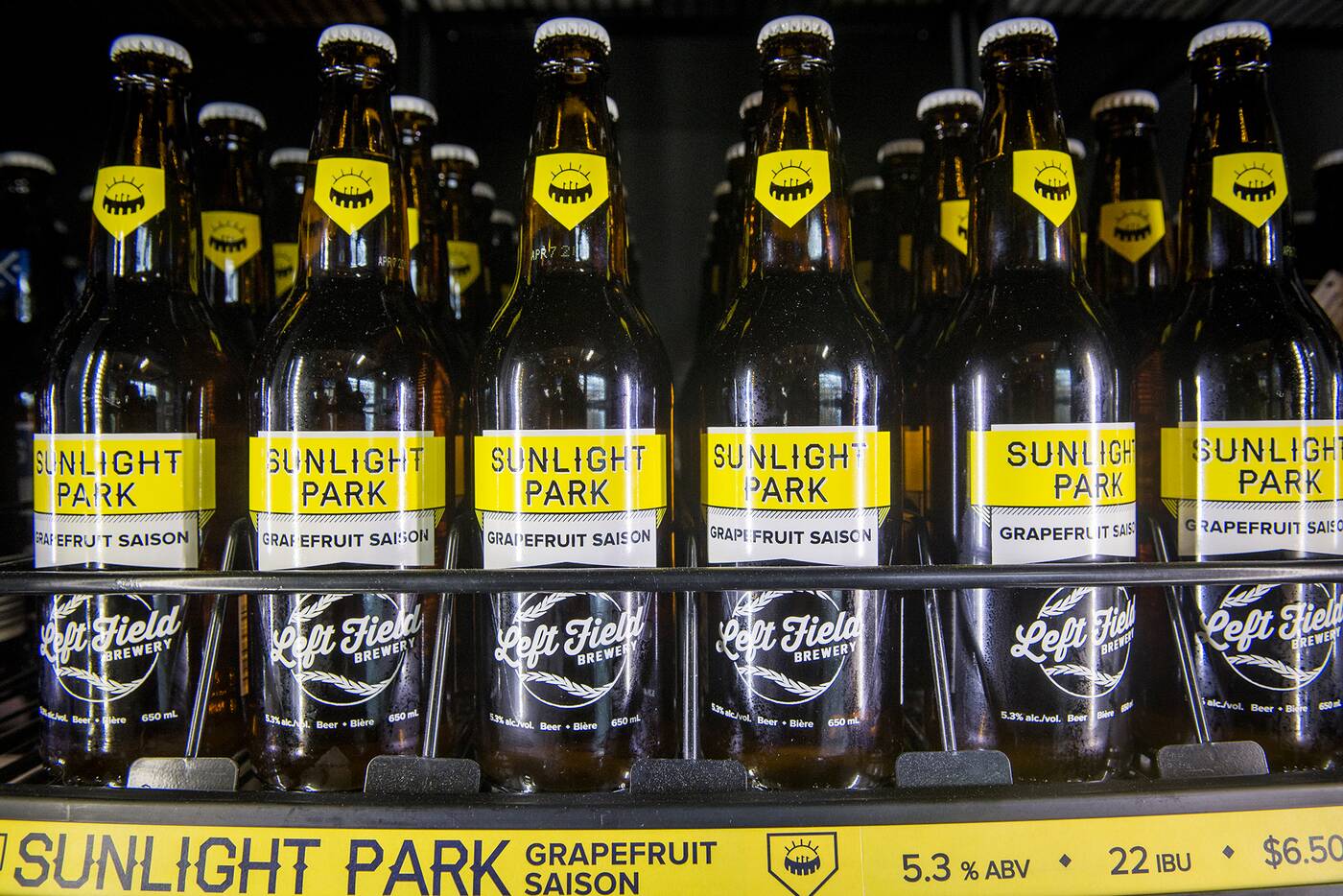 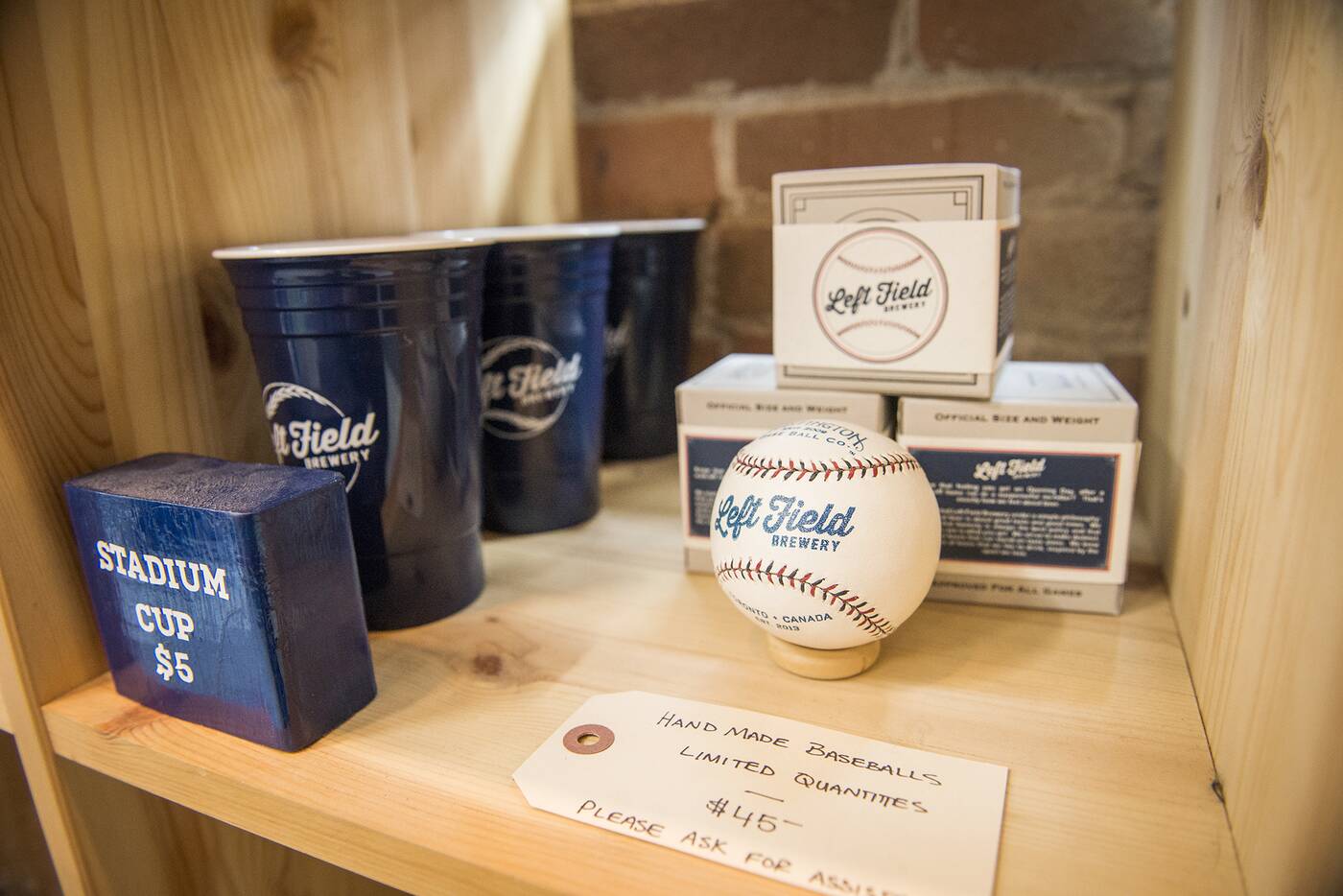 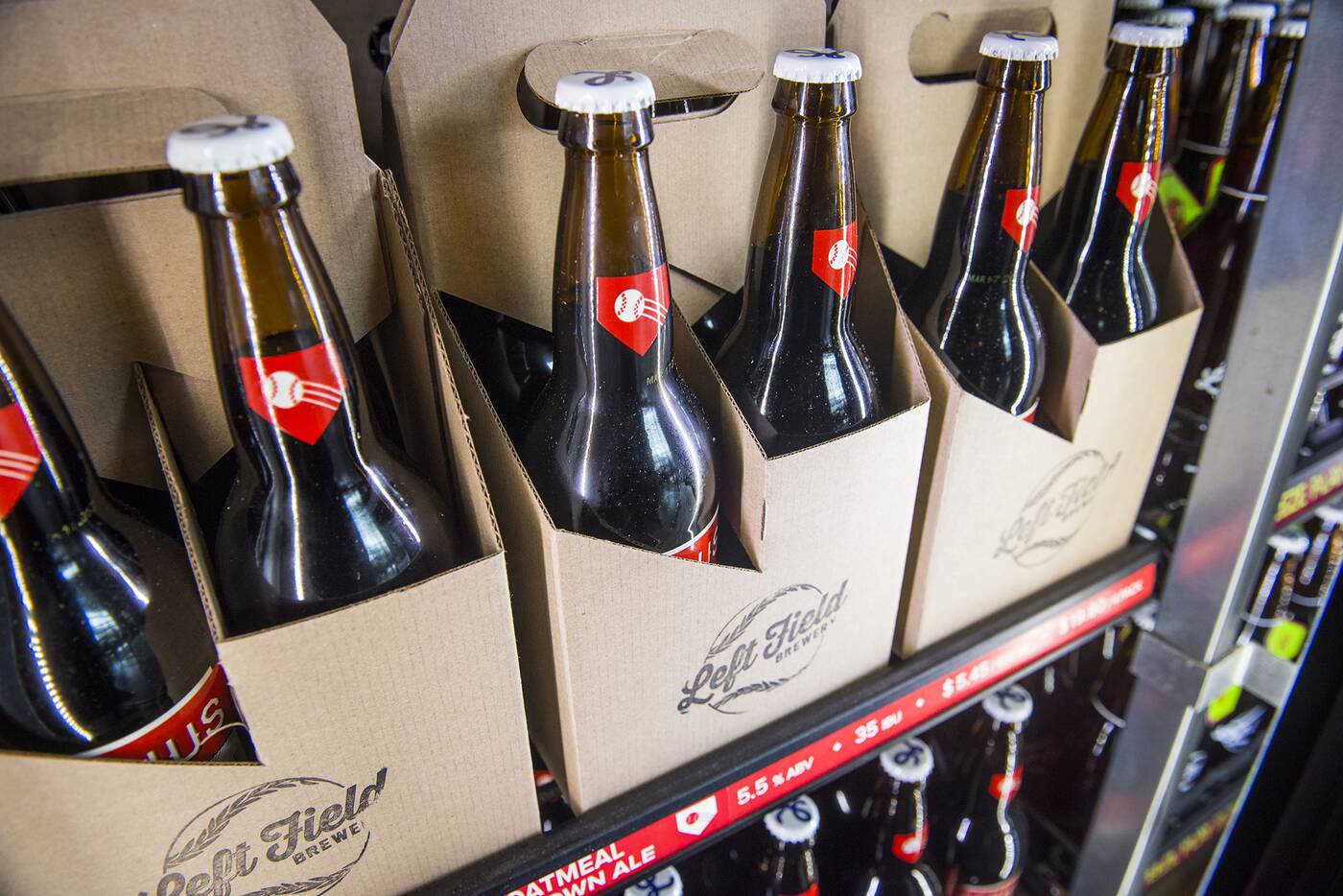 Whether it’s a drink in a fun atmosphere or a few bottles to go, Left Field has your bases covered, and perpetual new beers continue to consistently knock it out of the park. 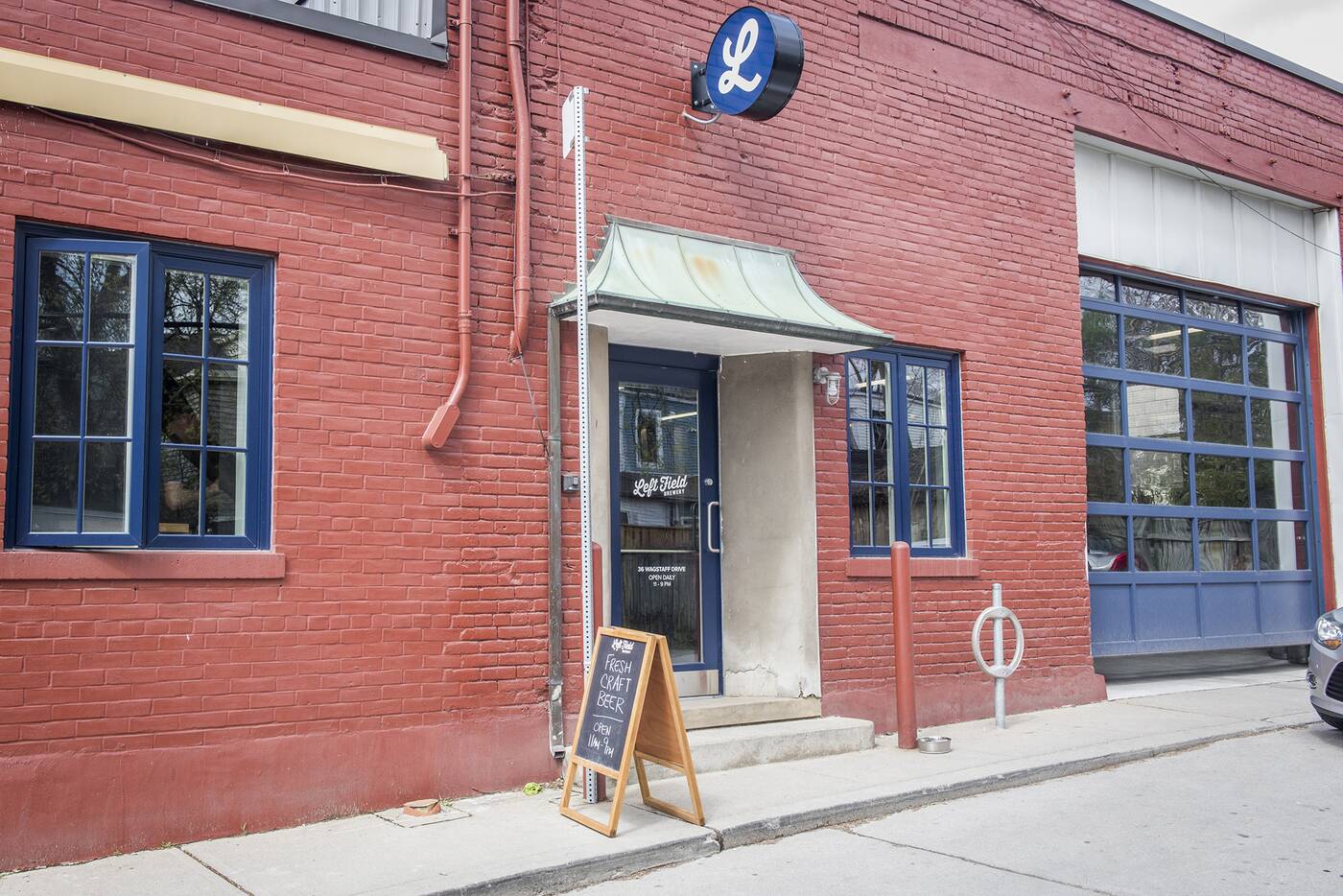