It’s unmarked by any signage except for an image of the gears on a three-speed bike hanging over its dim, recessed entrance and curtained windows. 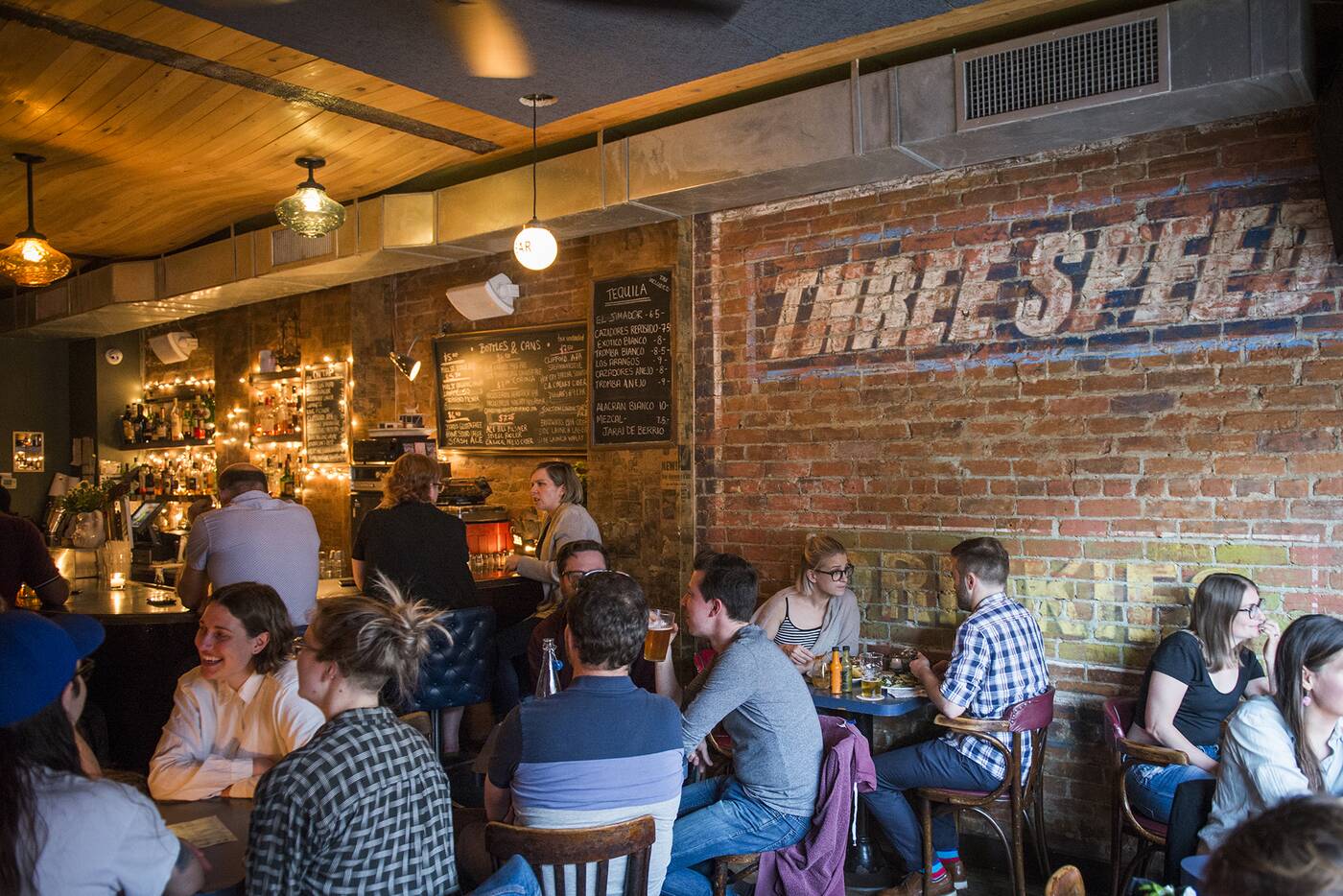 Though you may not assume much from the outside, once you get into 3 Speed it’s unpretentious and comforting, all exposed brick and twinkly lights, one wall emblazoned with the words THREE SPEED in giant lettering. 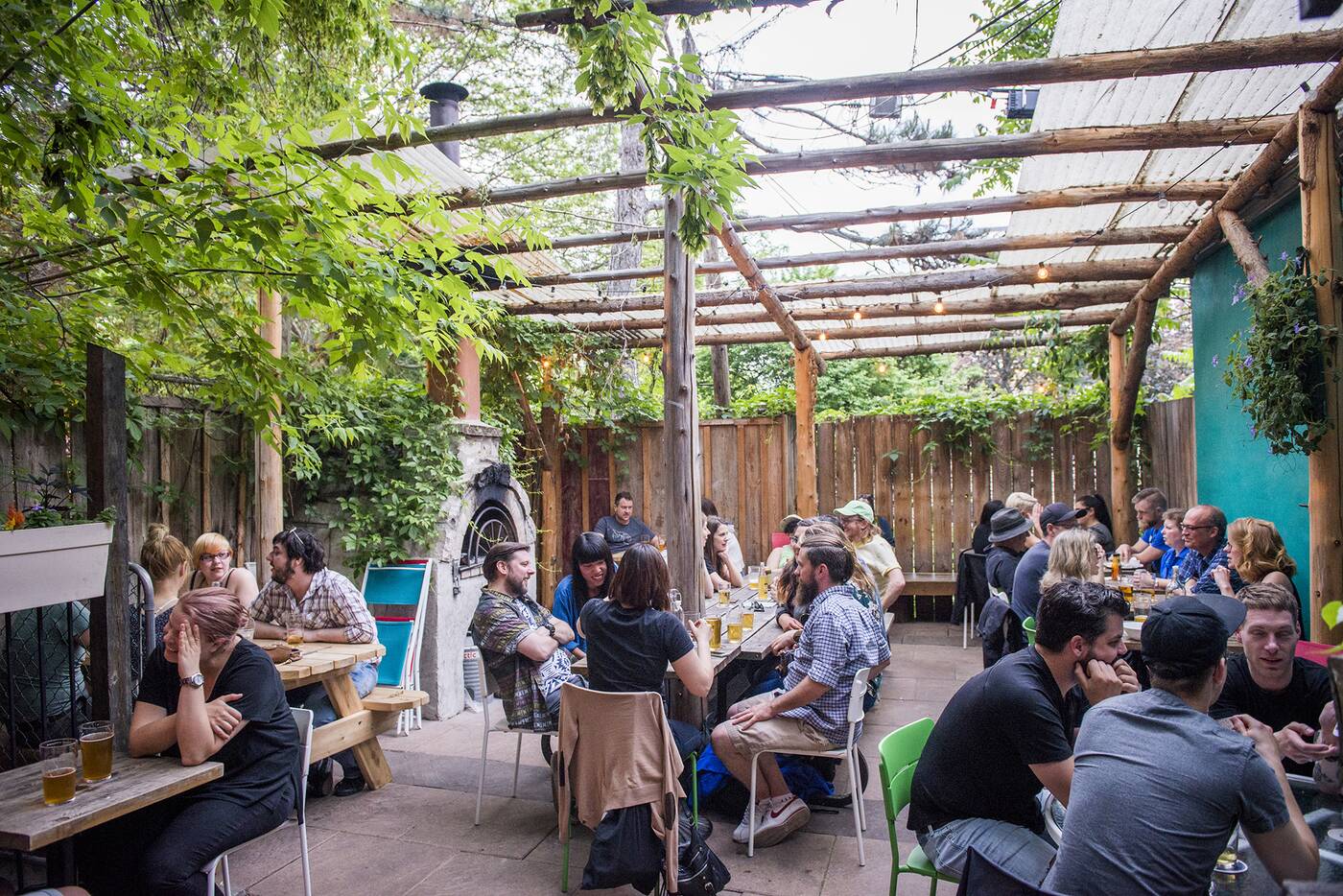 They also do a slammed brunch service on weekends, which can be enjoyed out on their sunny, leafy patio too. The area features an ancient fireplace, and locals will tell you they’ve hung out there anytime from early in the morning til last call. 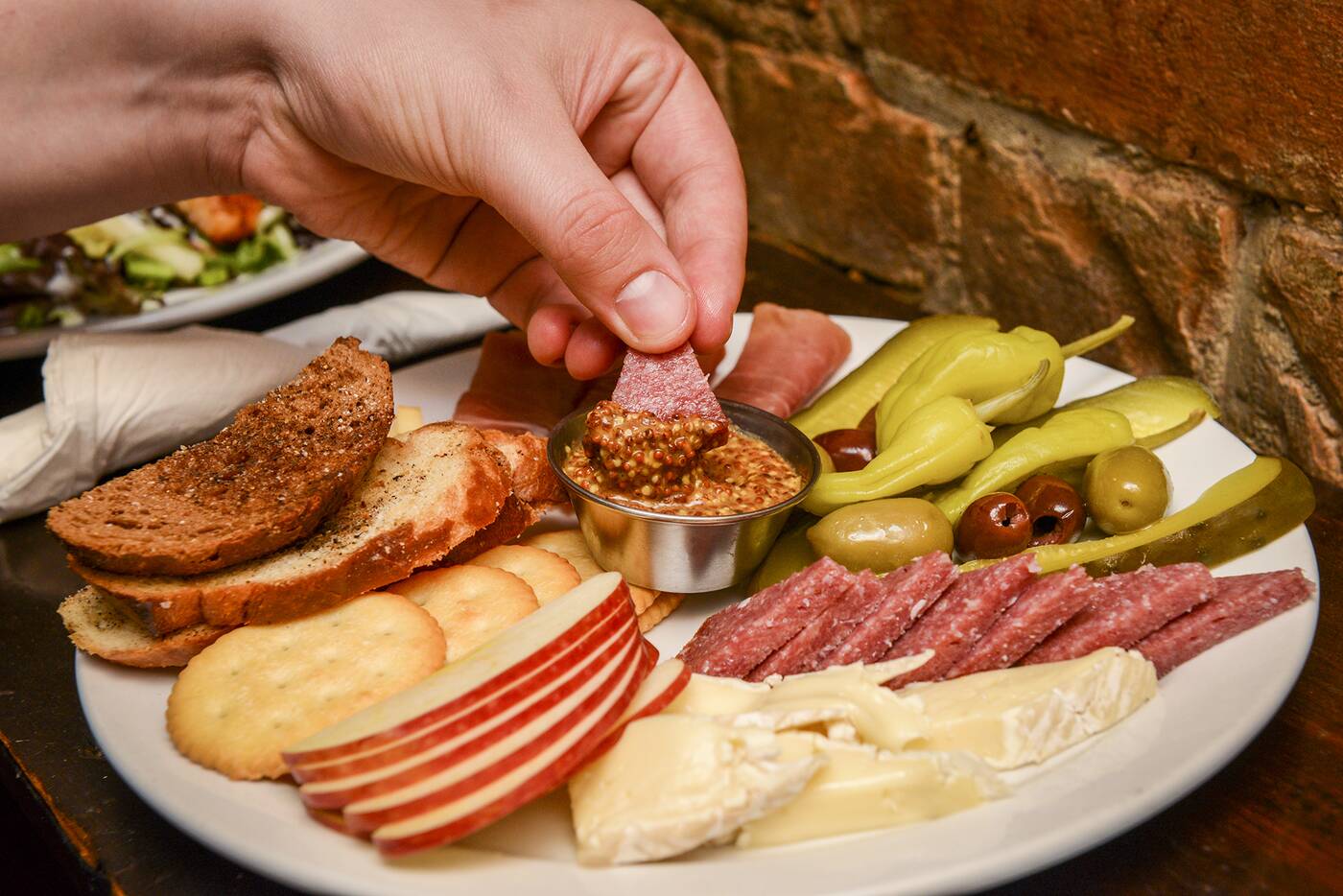 The kitchen plate ($11) is a frugal shareable bar snack or just a great way to start off a mea, a selection meats and cheeses (for us it was a thick salami and a thinly sliced ham and a soft brie and a smoked hard cheese) along with crackers, toasts, olives, apple and pickles. 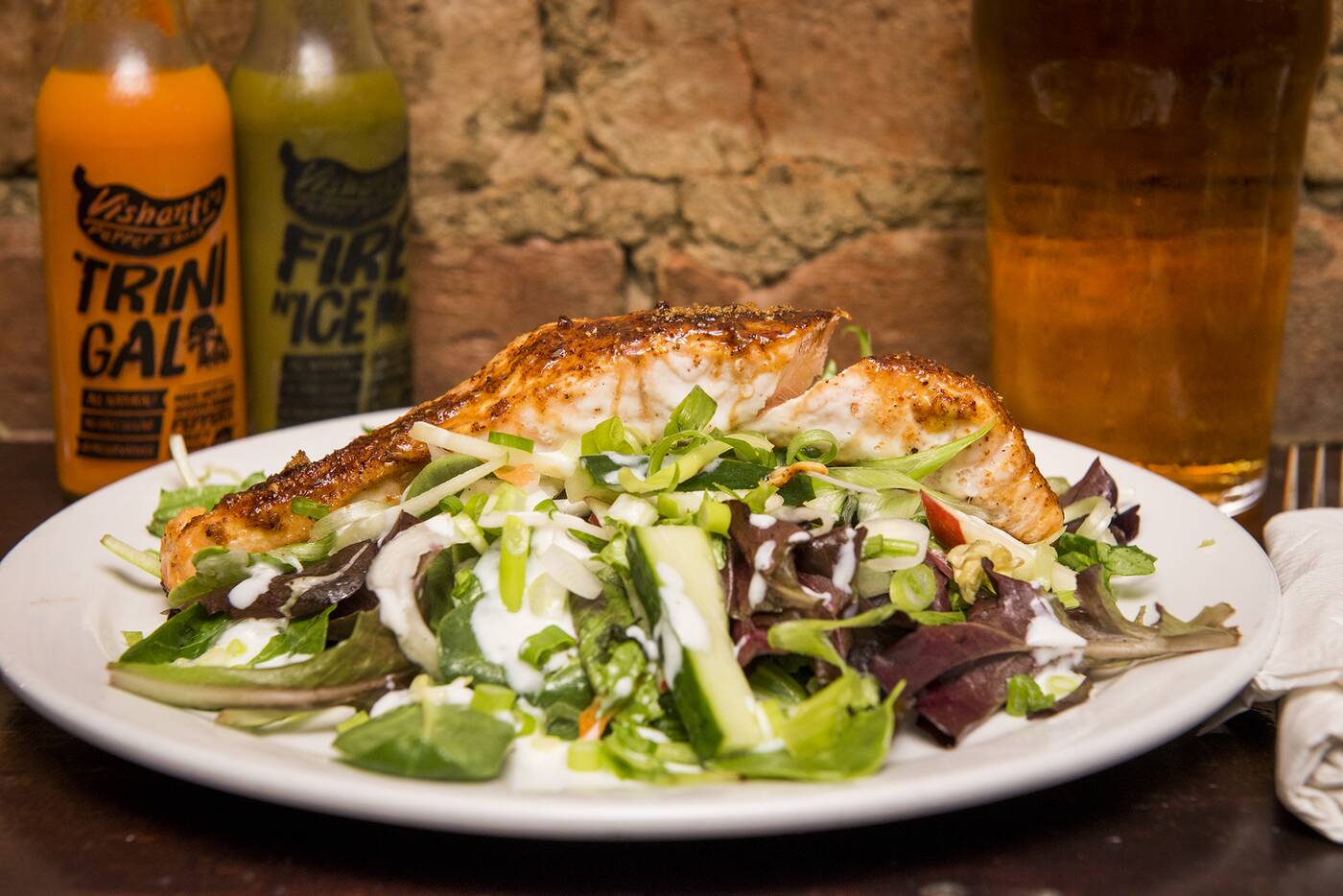 Brown sugar salmon ($12) is a favourite here both for its excellent price point and its balanced but flavourful composition. An oblong but still generous and flaky filet of slightly sweet and spicy salmon roasted with brown sugar and chilis sits atop a healthful mixed greens salad with apples, cucumber and lime yogurt dressing. 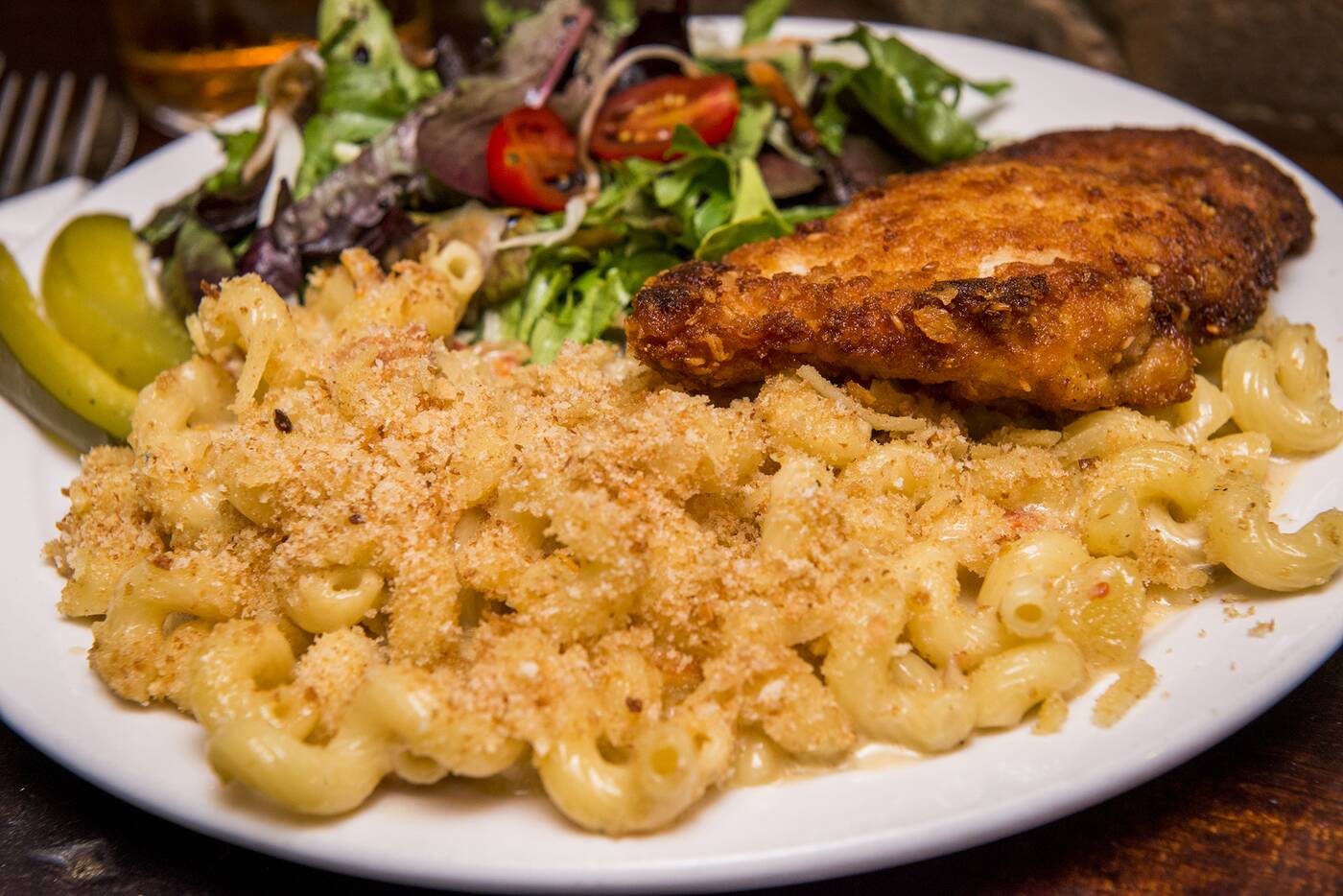 Just as popular and ever so slightly more gluttonous, the crispy free range chicken thigh with mac n’ cheese ($13) is a generous portion of both chicken and pasta with a simple side salad and, gloriously, pickles. Don’t expect fried chicken despite the mac, more a chicken cutlet, and that mac with nicely seasoned breadcrumbs accompanies it well. 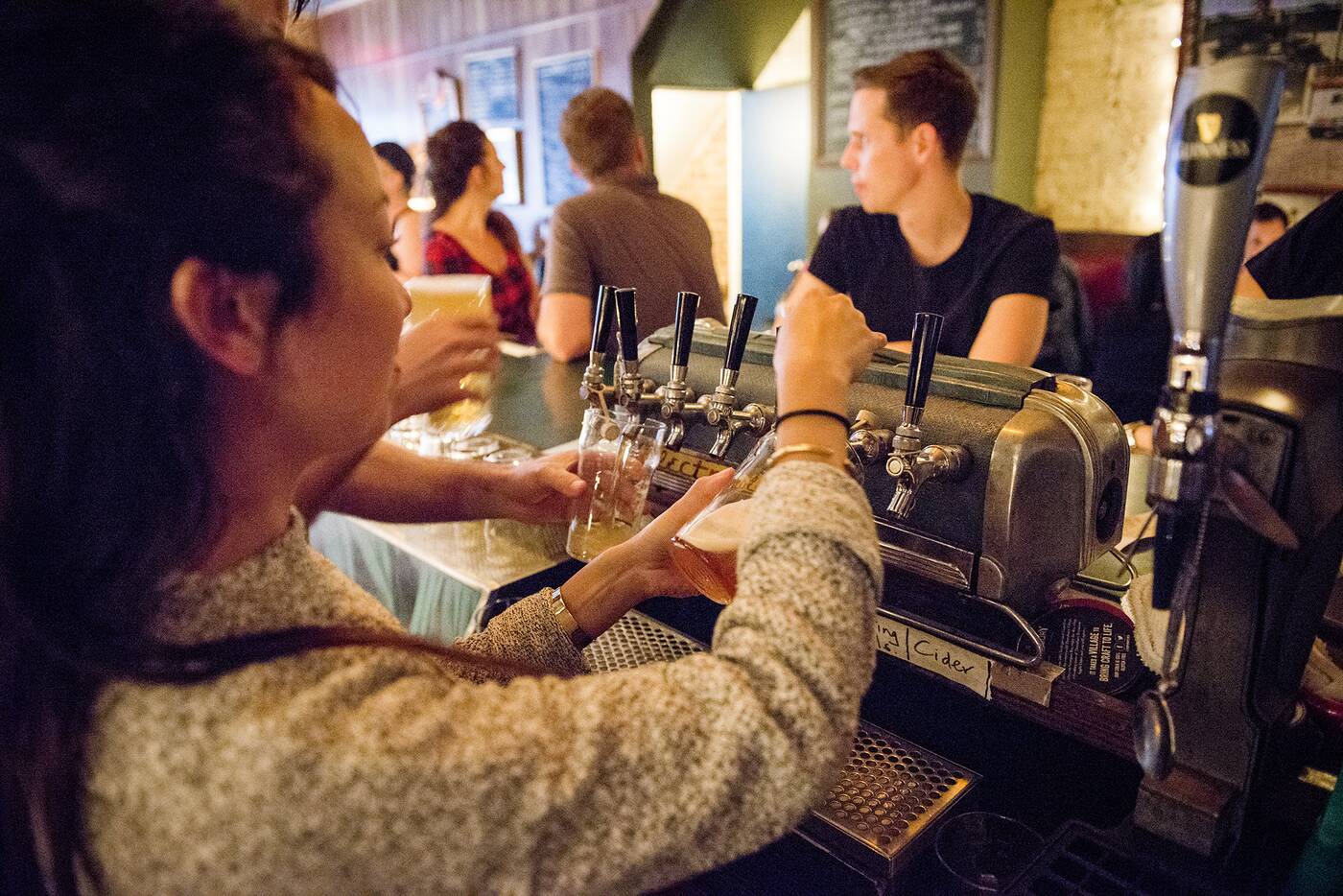 You pretty much won’t see a single person here drinking a cocktail. It’s draft beer all the way here, tying in somewhat with the city’s nitty gritty bike culture. 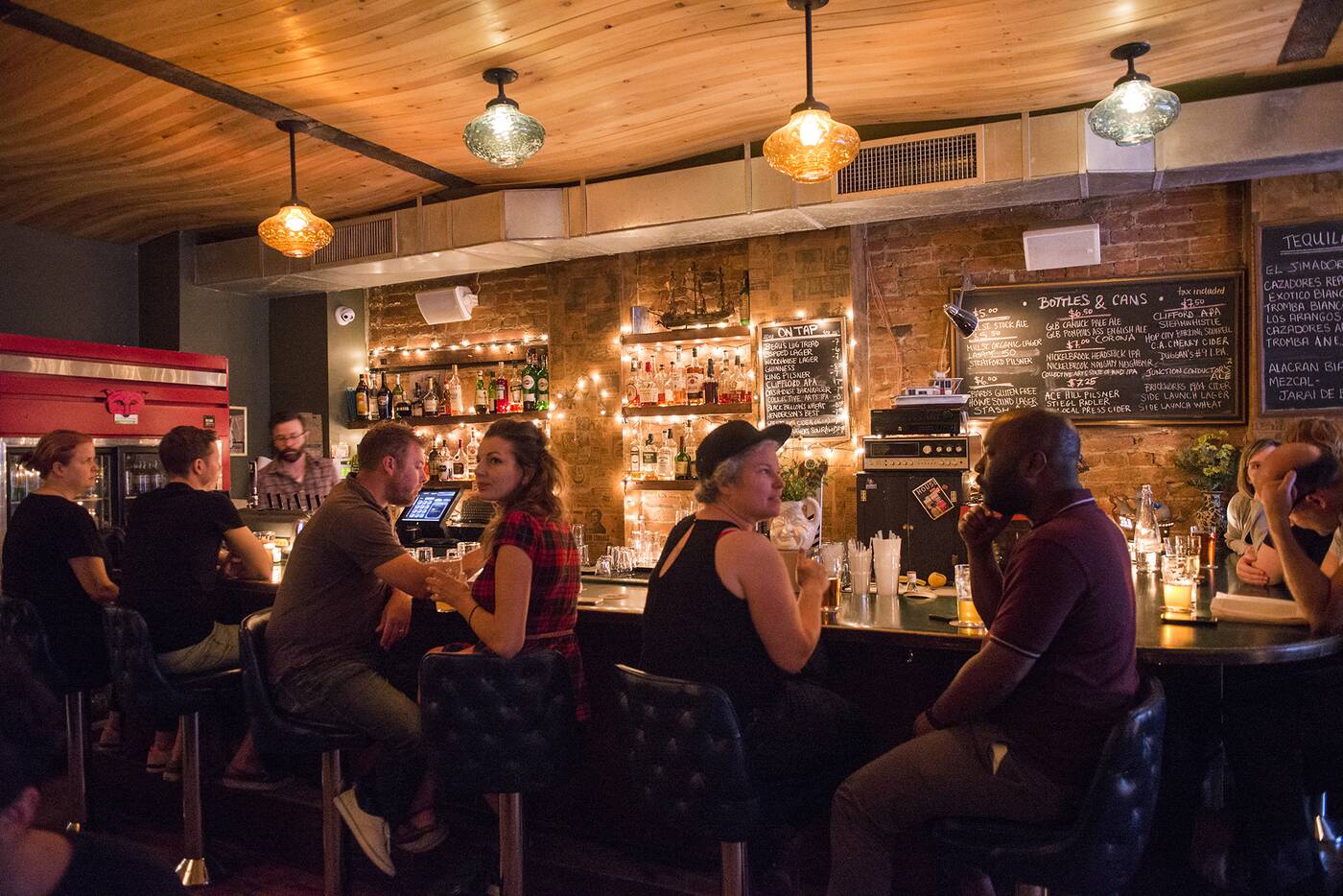 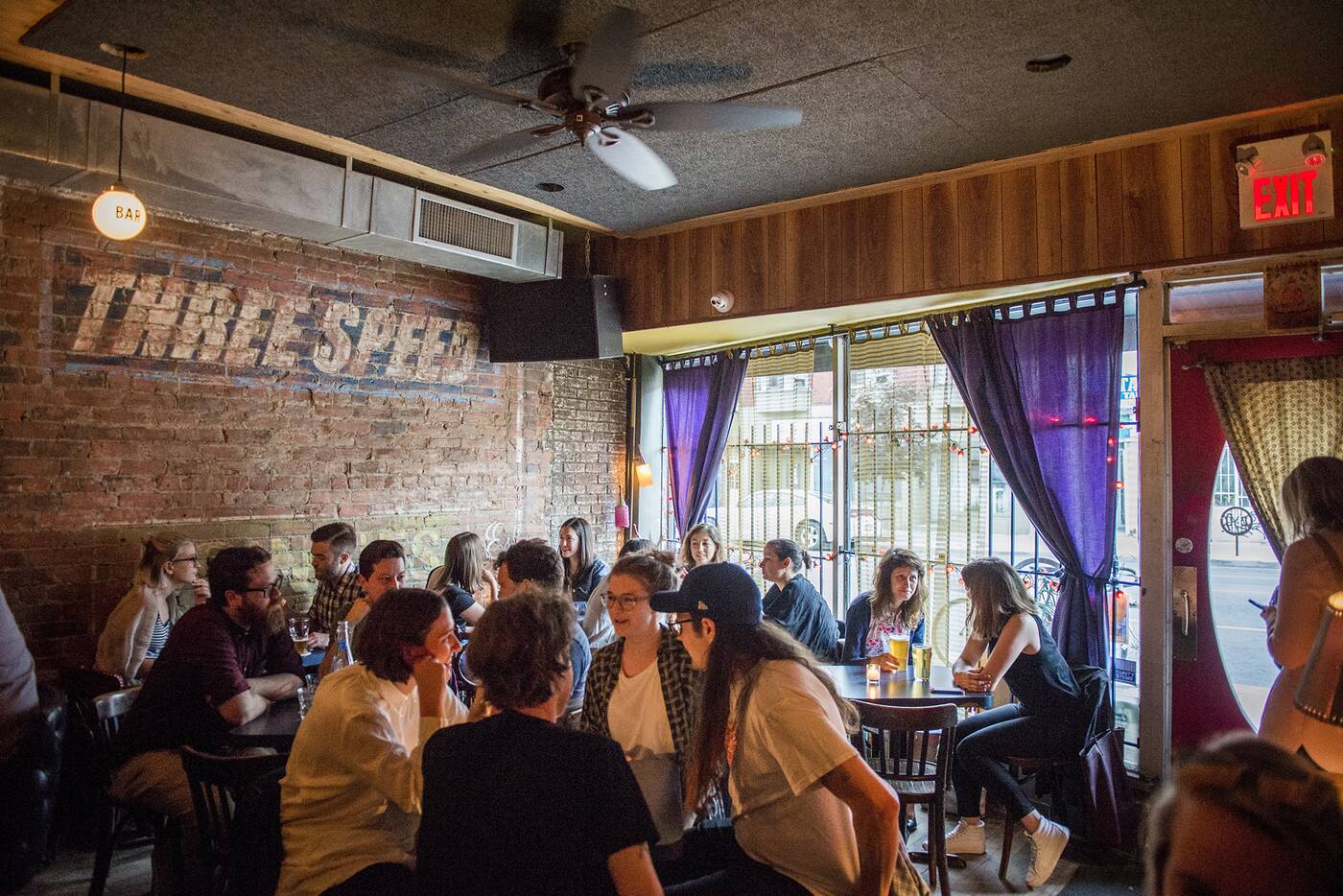 A cool wave effect on the ceiling and bold, plain art choices make this place feel chic but homey. It’s not a big place, but whether it’s a booth, table, stool, or patio seat, they have plenty of seating to pack all their hungry and thirsty loyals in. 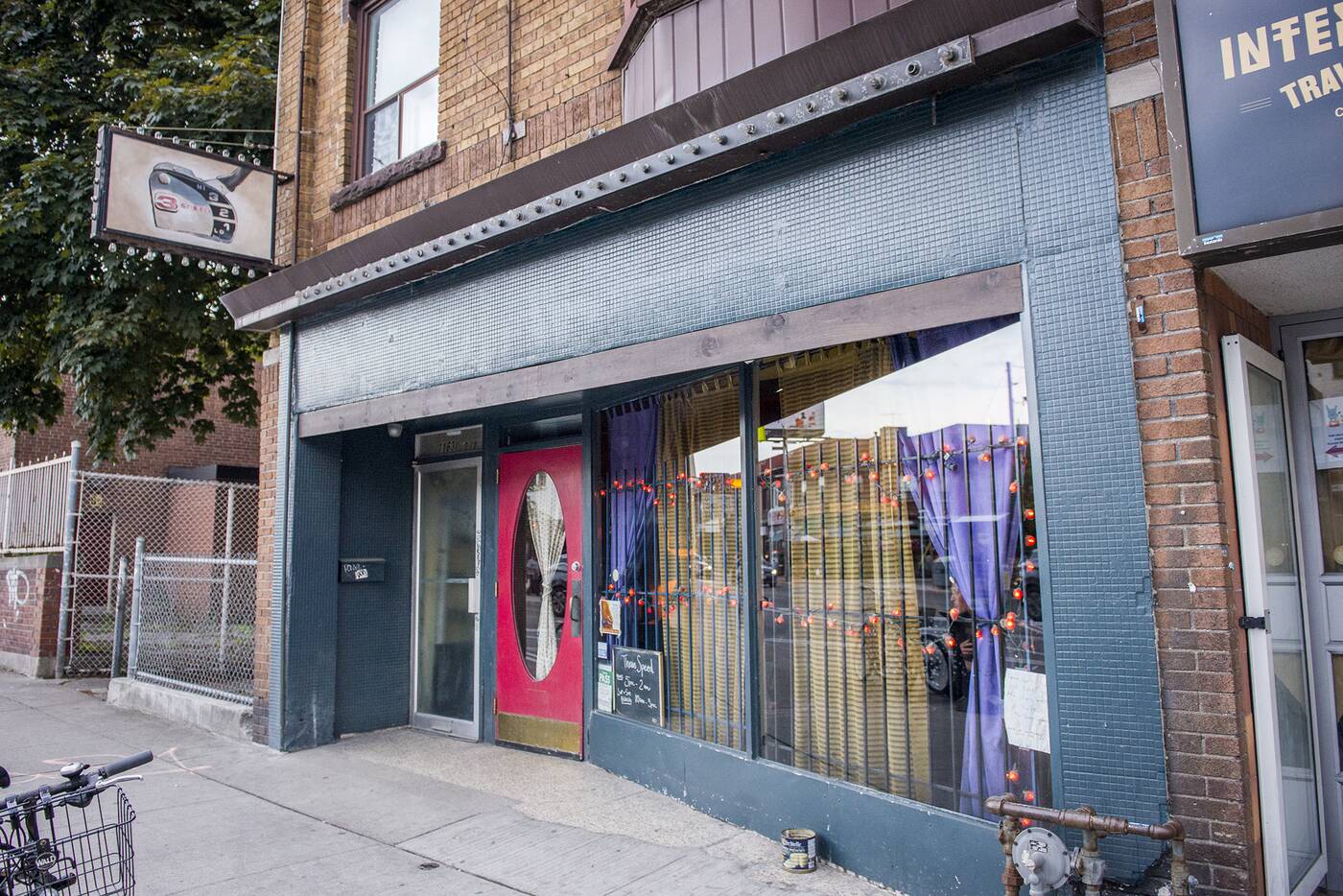