25 things to do this spring in Toronto

25 things to do this spring in Toronto

Things to do in Toronto for spring 2022 offer a season full of events packing with music, food, and street festivals, with returning favourite activities.

The High Park cherry blossoms are a season favourite while newcomers like Immersive Frida Kahlo are a cause for excitement.

Here are some of the many ways to enjoy spring in Toronto.

Massive digital exhibits showcasing works of famed painters have become a new and inventive way to experience fine art, and now you can see some of this Mexican painter's famed work on a bigger scale. This installation will take you through her evolution as an artist who told the story of her life in brushstrokes. Tickets become available by March 31.

Eat all the wings you want

To celebrate its 30th anniversary, Louis St. Bar and Grill is running an AYCE promo for an entire month. From Buffalo ranch to chili lime, you can eat all the wings your stomach desires for $19.99 from March 22 through April 24. 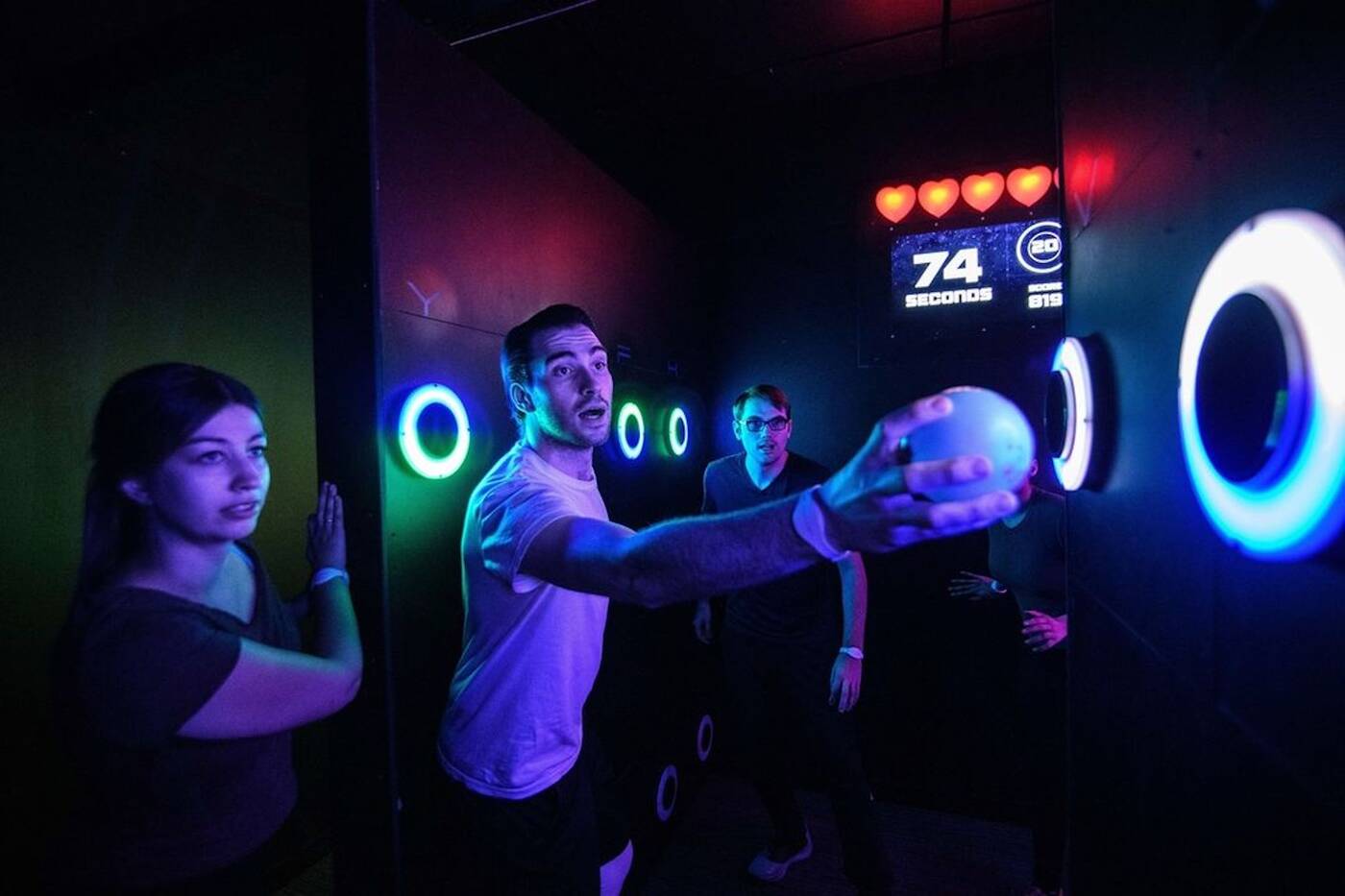 Compete in puzzle solving games that will push you both mentally and physically. Photo by Activate.

Visit Toronto's newest gaming centre which is filled with an array of arcade-like rooms that test your agility and puzzle-solving skills. The new gaming centre is expected to open later this spring.

The highly anticipated cherry blossoms begin to paint the city pink and white as they start to bloom for the season. While the fan-favourite trees in High Park bloom in mid-April, there are a ton of trees you can discover all over the city.

April showers bring May flowers and the Toronto Flower Market has all the flowers your heart desires. The monthly market brings local flower producers and their prettiest stock, ready to liven up the city with the colourful florals, beginning May 8 and running monthly until Oct.

North by North East is back to bring music, visuals, and parties back to the city just as spring comes to a close. From June 14 through June 19, musicians from all around the country flock to the city to play their music in multiple venues around Toronto. 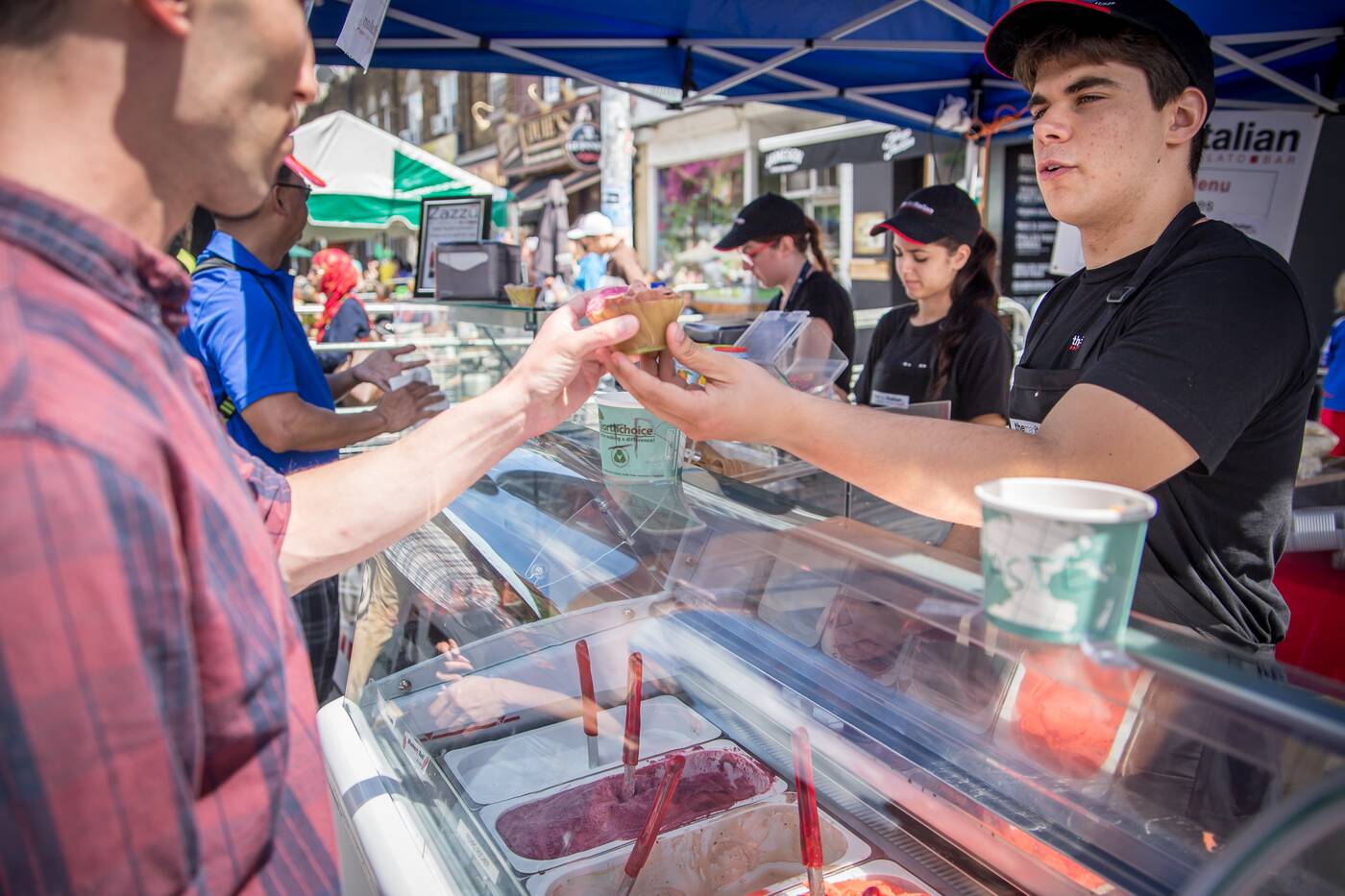 The biggest street festival of the season is back on June 17 through June 19, to celebrate the massive Italian community in the city. College Street will be lined with vendors, live music, games, and extended patios.

Toronto’s international arts festival is set to paint the town with different forms of work including performance, media, and visual arts, all while cutting across the boundaries you may expect from traditional artforms. Venues all over the city are set to host the festivities from June 9 through June 19.

Visit some of Toronto's off-limit spaces as Doors Open returns from May 28 to May 29, when some of the city's historical architecture opens up to the public.

Get up to speed on the latest as the Hot Docs Festival returns from April 28 through May 5, with new documentaries set to premiere among talks and events all across the city.

The week-long music festival is back and celebrating its 40th anniversary with local Canadian artists showcasing their talent at various venues across the city. From June 6 to June 11, check out the next big wave of Canadian talent.

The weekend festival will transform the heart of Little Portugal into a vibrant street festival on June 3 through June 5, full of live music, extended patios, local food trucks, artisans vendors, and plenty of delicious food and drink to try from local restaurants.

Whether you want to let it all hang out or want to ride in your bathing suit, grab your bike and take a ride in this global protest against the overuse of oil, urban pollution, lack of cycle safety on roads, all while encouraging body freedom for everyone.

Ditch your clothes and grab your bike on June 11 to ride for a better tomorrow. 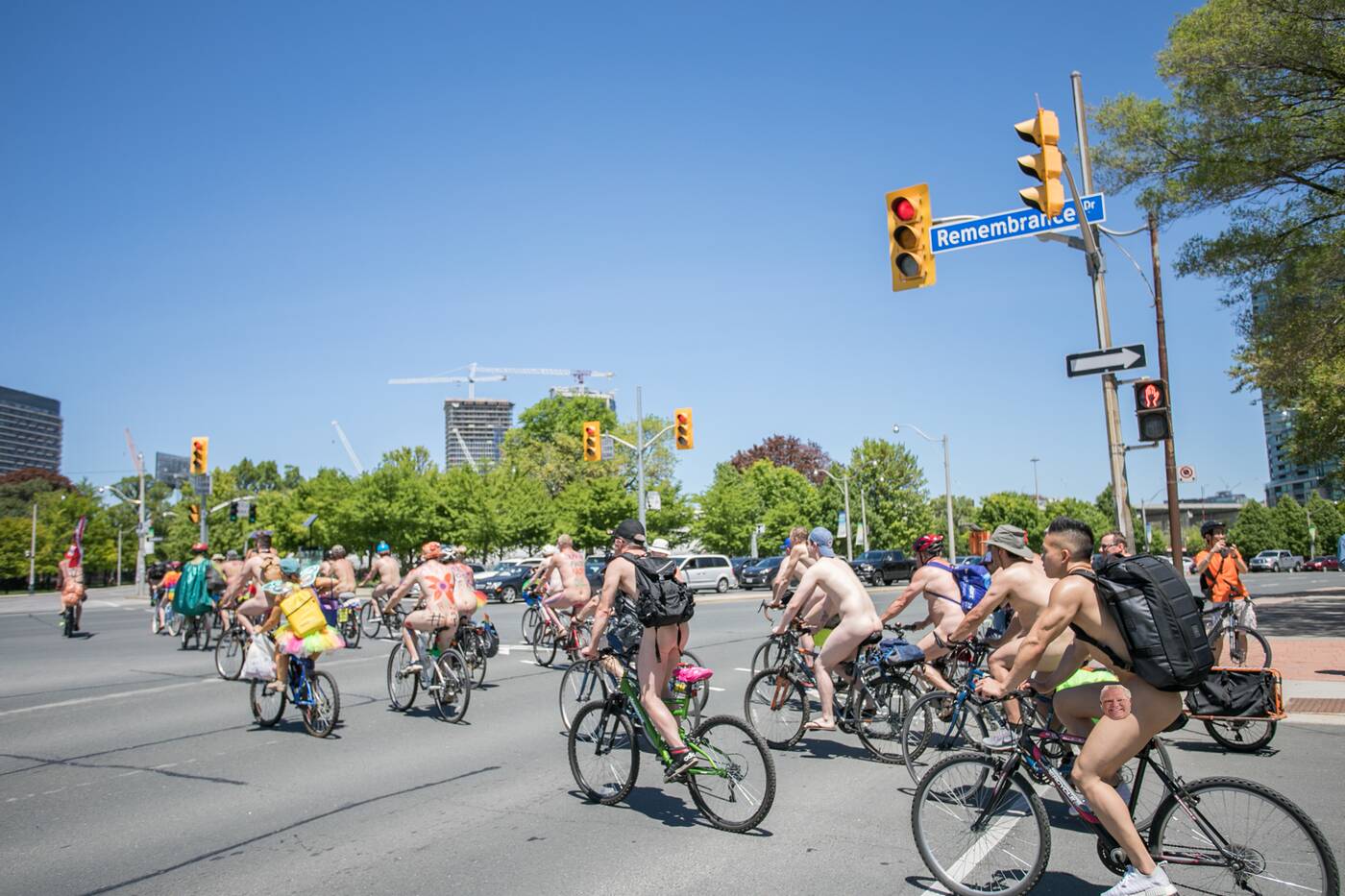 Leave the clothes at home and ride your bike in the global protest. Photo by Fareen Karim.

The annual film festival celebrates stories and perspectives of Toronto's LGBTQ+ community. With screenings in person and online from May 26 through June 6, check out local and international films among talks, panels, events, and installations.

The city-wide, month-long photography festival is back for the entire month of May, displaying works from local and international photographers around different Toronto venues.

The Quebec-based acrobatic circus will be pitching their big white tent at Ontario Place, effectively marking their return to the city this spring. KURIOS - Cabinet of Curiosities is set to run from April 14 through July 17.

Activities you can do all spring long

Hike of the various trails around the city

Toronto is home to many trails around the city that take you on a tour through the city's parks, peaks, and lookout points. It's time to go out and get some fresh air after the cold winter season.

Shop at a local farmers market

Find the freshest produce at one of the many farmer's markets that pop up around the city in the warmer seasons and explore fresh fruits, vegetables, and baked goods. 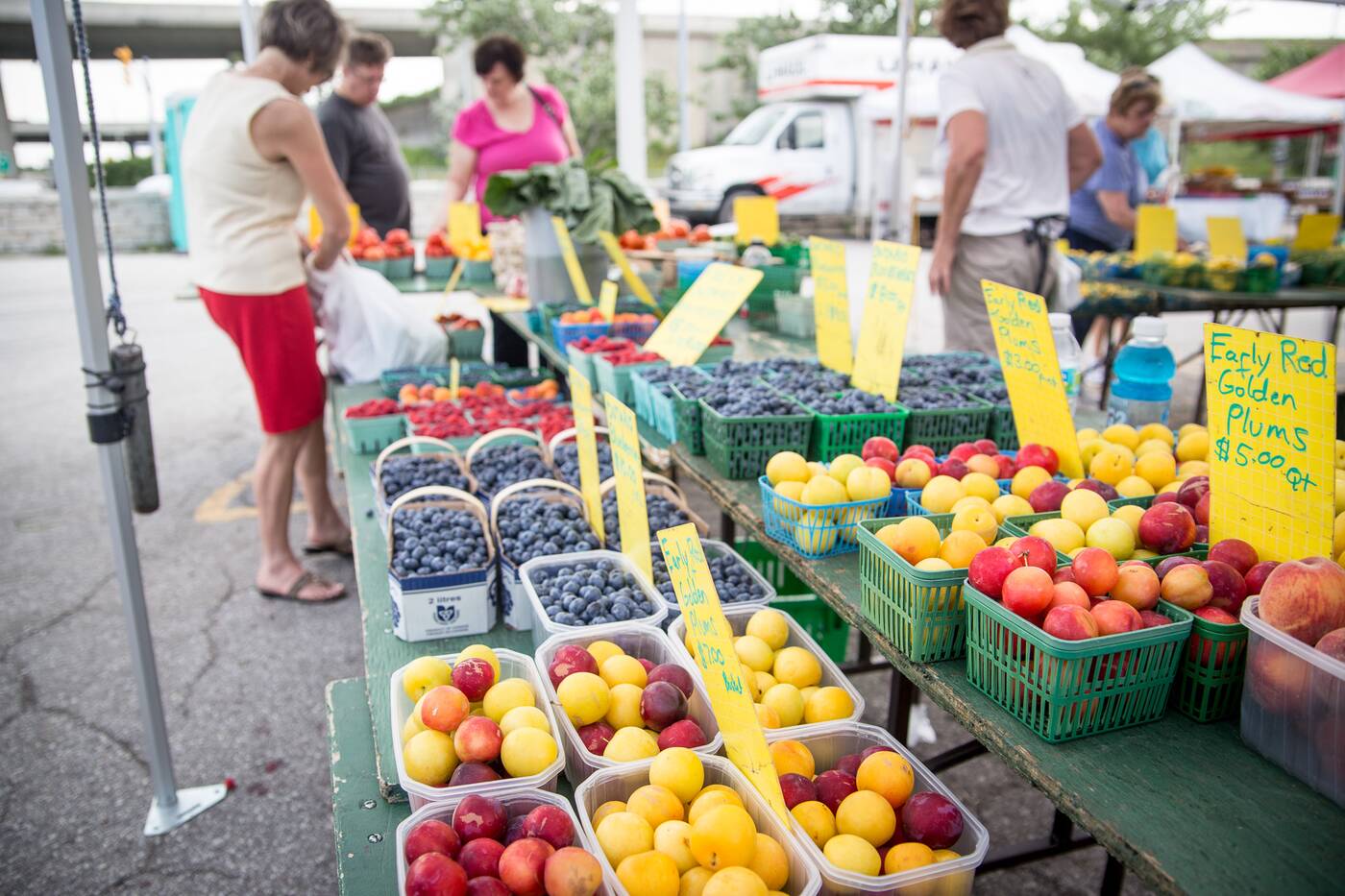 Check out the various farmer's markets around the city to find the best locally grown produce. Photo by Jesse Milns.

From the Raptors, Leafs, Marlies, TFC, and Blue Jays, Toronto has no shortage of sports teams to cheer for this season.

Although Toronto is a concrete jungle, there's an urban oasis in and around the city just waiting to be found. Follow the various ravine systems that snake around the city.

Get out of town

Get your fix of butter tarts

Fill up on gooey butter tarts at the Ontario Butter Tart Festival in Midland on June 11. Local vendors will be serving up more than 200,00 butter tarts and will battle it out to be named The Best Butter Tart!

Start your engines and head over to Niagara Speedway to race on the four-storey go-kart track reminiscent of the famed video game, just off of Clifton Hills. 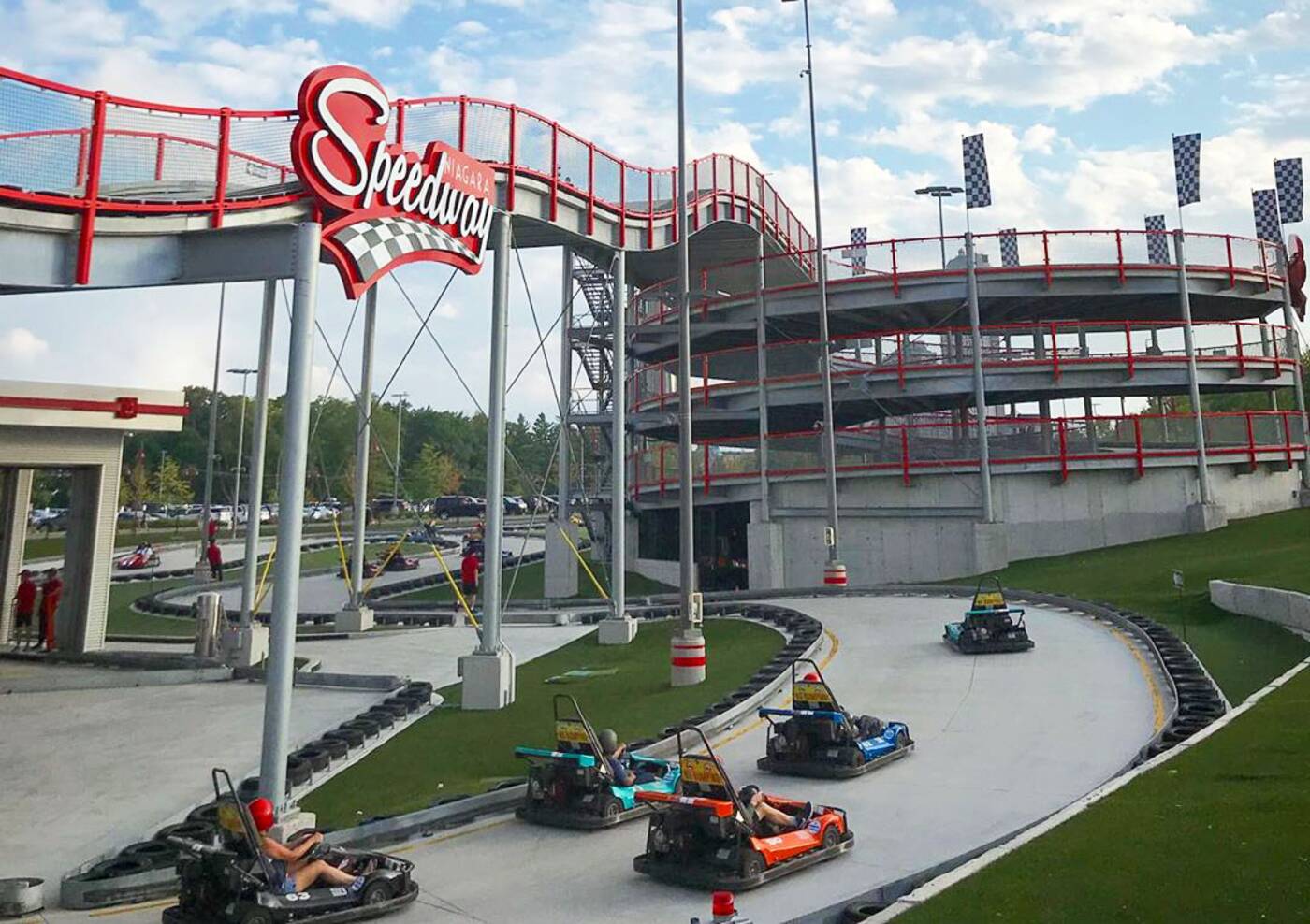 Buckle up and live out your childhood dream of racing in the beloved video game. Photo by nitsinthesixpics.

Unwind at a beer spa

Treat yourself to a relaxing weekend at the new Muskoka Beer Spa. The beer-themed spa is full of pools, saunas, hot tubs and dump buckets, sharing the same property of the Clear Lake Brewing Co. brewery, so you can sip on an iced cold beer while lounging around the pool.

This small town of Terrance Bay is home to a 100-foot waterfall that cascades down a rocky cliff into a large gorge. Walk the boardwalk out to a viewing platform that overlooks the gorge and waterfall.