Free outdoor movies in Toronto this summer seem to be everywhere. You can watch a flick under the stars in parks, parking lots, by the lake, and even atop the Scarborough Bluffs. City folks are clearly tired of being cooped up inside.

While the popular City Cinema at Yonge-Dundas Square hasn't announced its lineup yet, here's a roundup of all the other free outdoor movies in Toronto this summer.

Watch a free movie each month until September in CityPlace's Canoe Landing Park thanks to the CityPlace Fort York BIA. The action kicks off at 8 p.m. with refreshments and snacks, followed by screenings at sundown (around 9 p.m.).

There are only two screenings happening in the dog bowl at Bellwoods, but the people-watching is well worth it on both dates. There will also be valet bike parking. No joke.

Toronto loves seeing films in the great outdoors, and even more so when they're screened down by the water every Wednesday night.

Movies in St. James Park is one of the most relaxed of the bunch. Photo by Taku Kumabe. 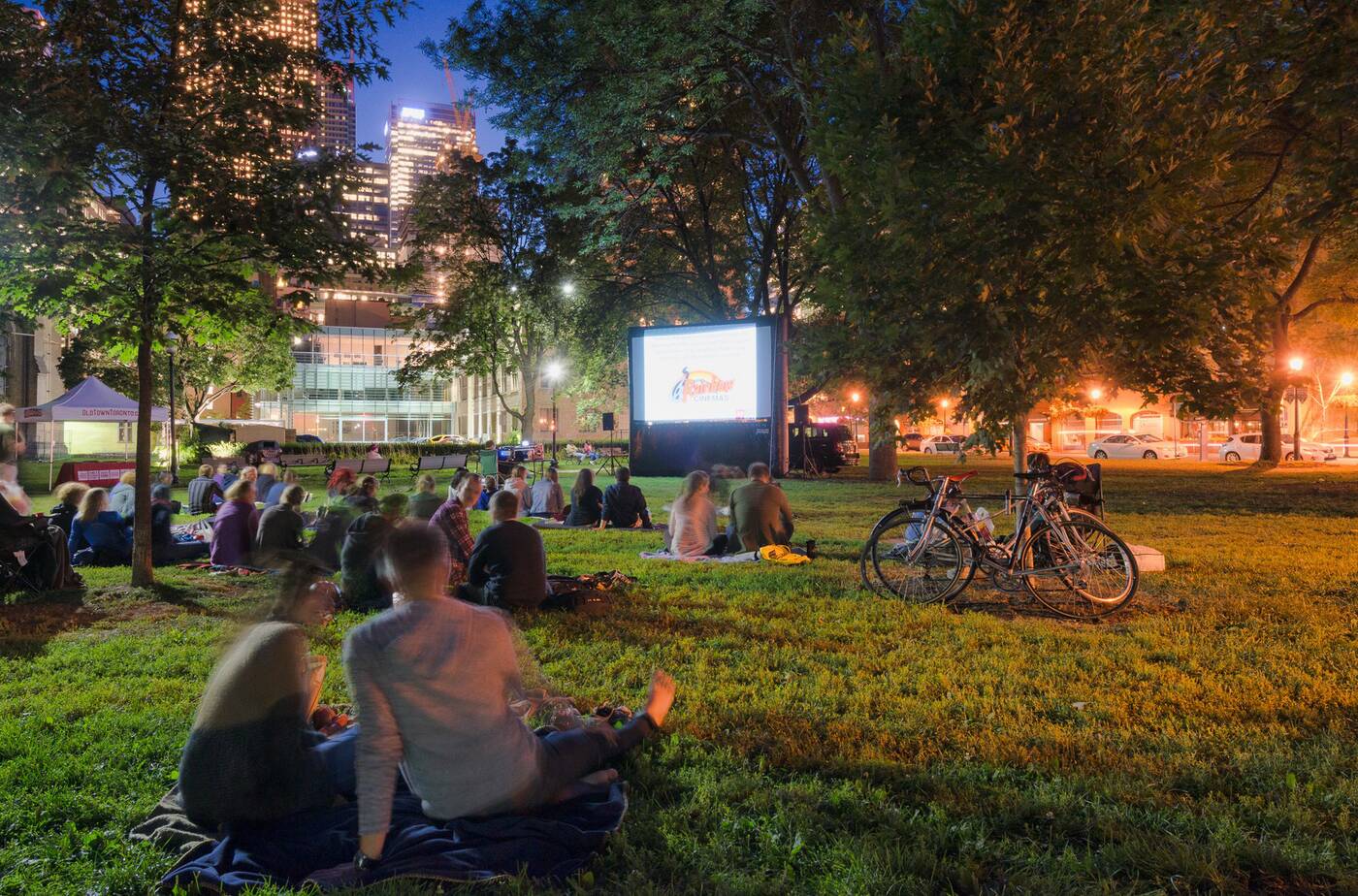 St. James Park, just up the street from the St. Lawrence Market, will feature free film screenings on Thursday nights at sundown (around 9 p.m.), but the season opener will also include a bonus drag show at 8 p.m. in the gazebo.

Sorauren Outdoor Movies in the Square

Head to the brick square in the north end of Sorauren Park for a free surprise outdoor film screening every fourth Saturday of the summer. The last screening goes just beyond summer and is a big neighbourhood party. 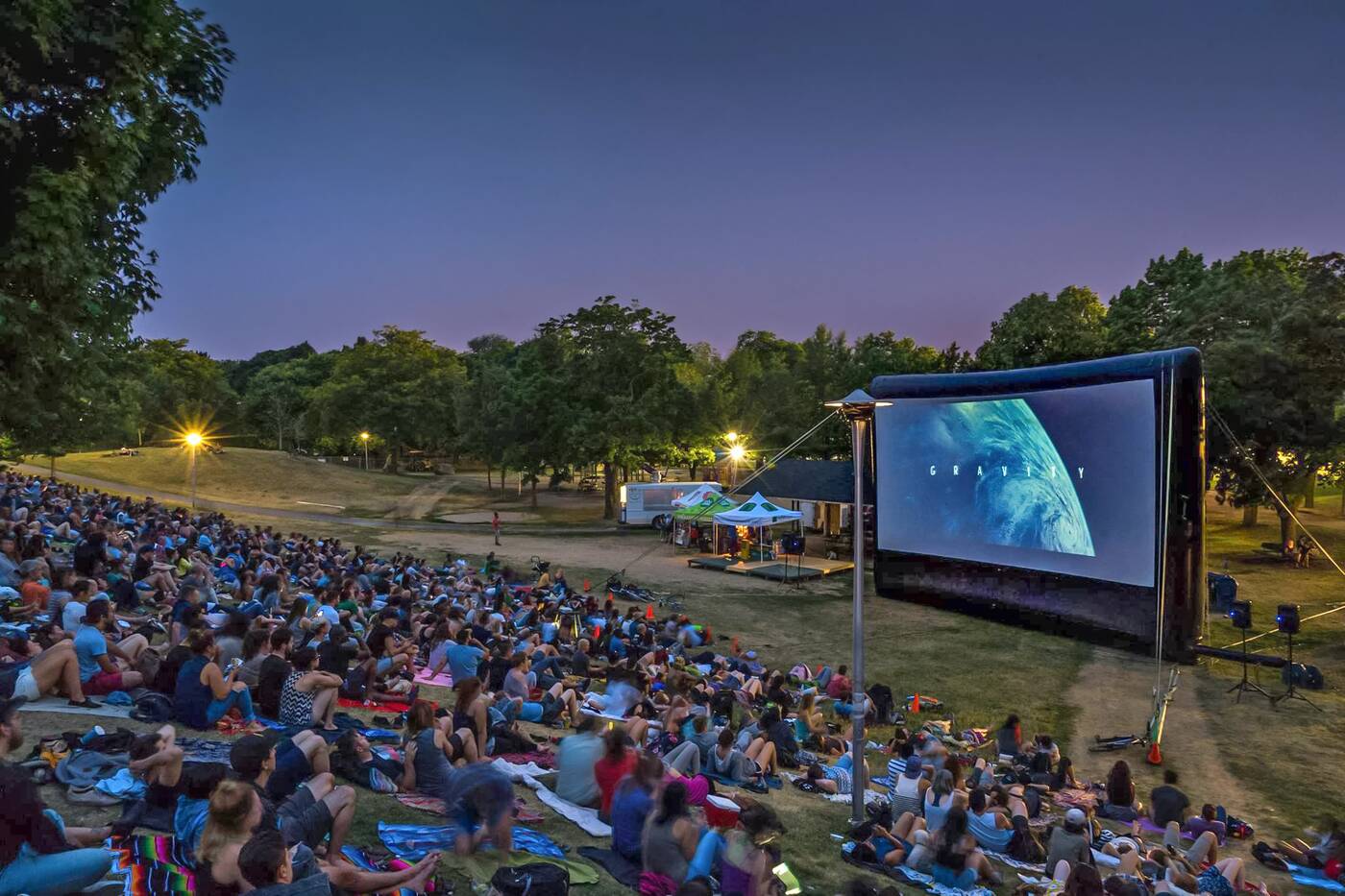 Movie lovers head to the giant hill at Christie Pits Park every Sunday starting at 6 p.m. There will be food and drink vendors (non-alcoholic) on site and the big show will start at sundown (around 9 p.m.).

Catch a free movie every Wednesday on a giant inflatable screen for a whopping nine weeks. Rotating between Kew Gardens and Ivan Forrest Gardens, there will be PG movies from a variety of genres.

Movies in the Common

Watching movies under the stars in one of city's most stunning parks happens during the month of July with food and drinks at 7 p.m. Films start at sundown (usually just after 9 p.m.). The rain date is July 27.

These free movies at Mel Lastman Square happen every Friday in July from 6 to 11 p.m., and there will also be (actually good) music and interactive performances. Plus, the movies are all Oscar winners or nominees.

Movies in the Meadow

Sneak down to the meadow in Downsview Park for some family friendly movies at 9 p.m. Only one movie has been announced so far, but check the Facebook page for updates. 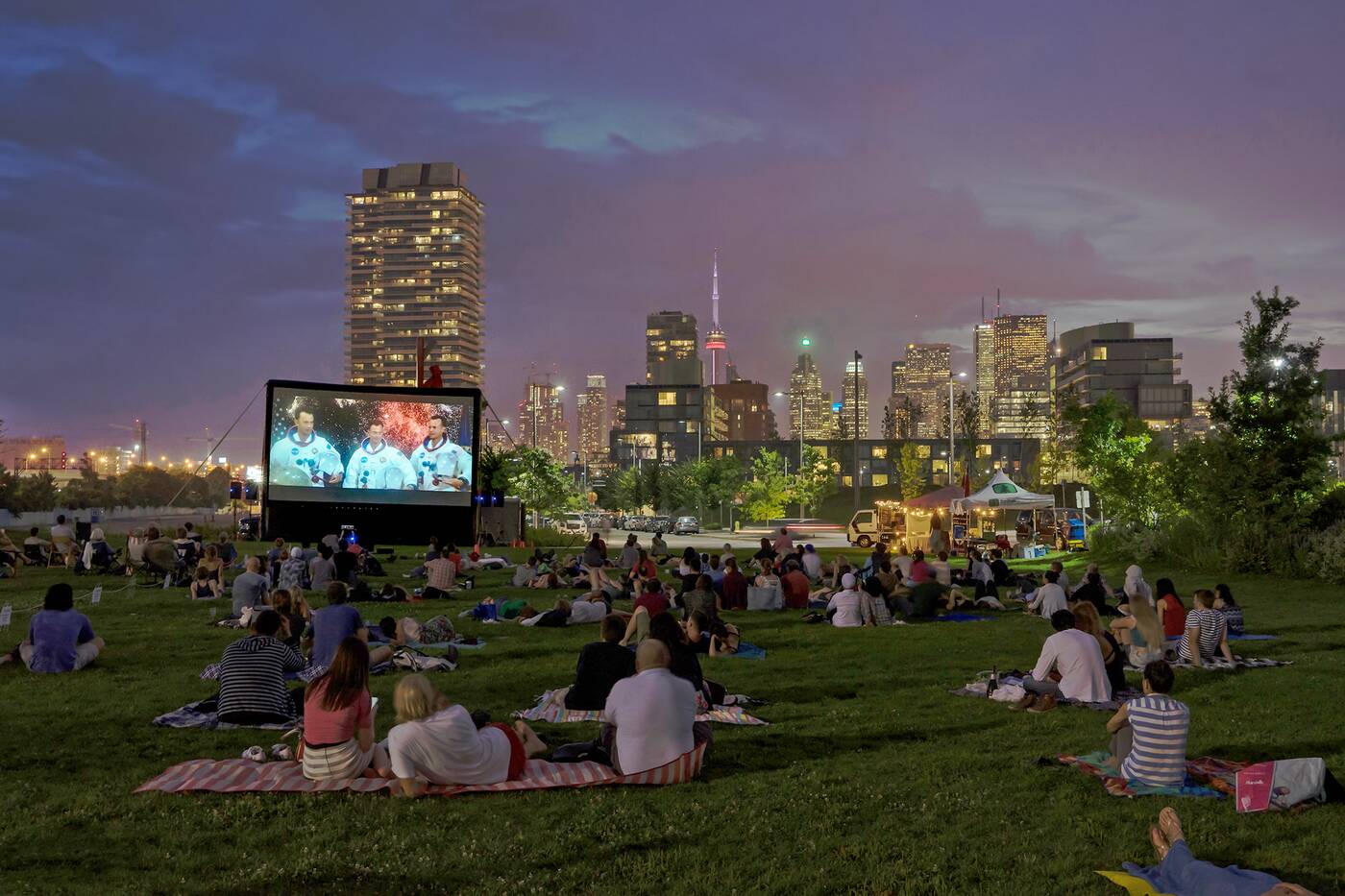 Movies in the Common happen for the month of July in one of the city's coolest new parks. Photo via the Toronto Outdoor Picture Show.

Under the Stars Regent Park

This year, the Sail-In Cinema returns to Sugar Beach from August 17 to 19. Moviegoers can either catch a flick while seated comfortably on land, or, if they have a boat, they can actually sail in, drop anchor and watch while bobbing up and down on Lake Ontario.

Films haven't been announced for this series yet, but you can vote for your favourites until July 11. 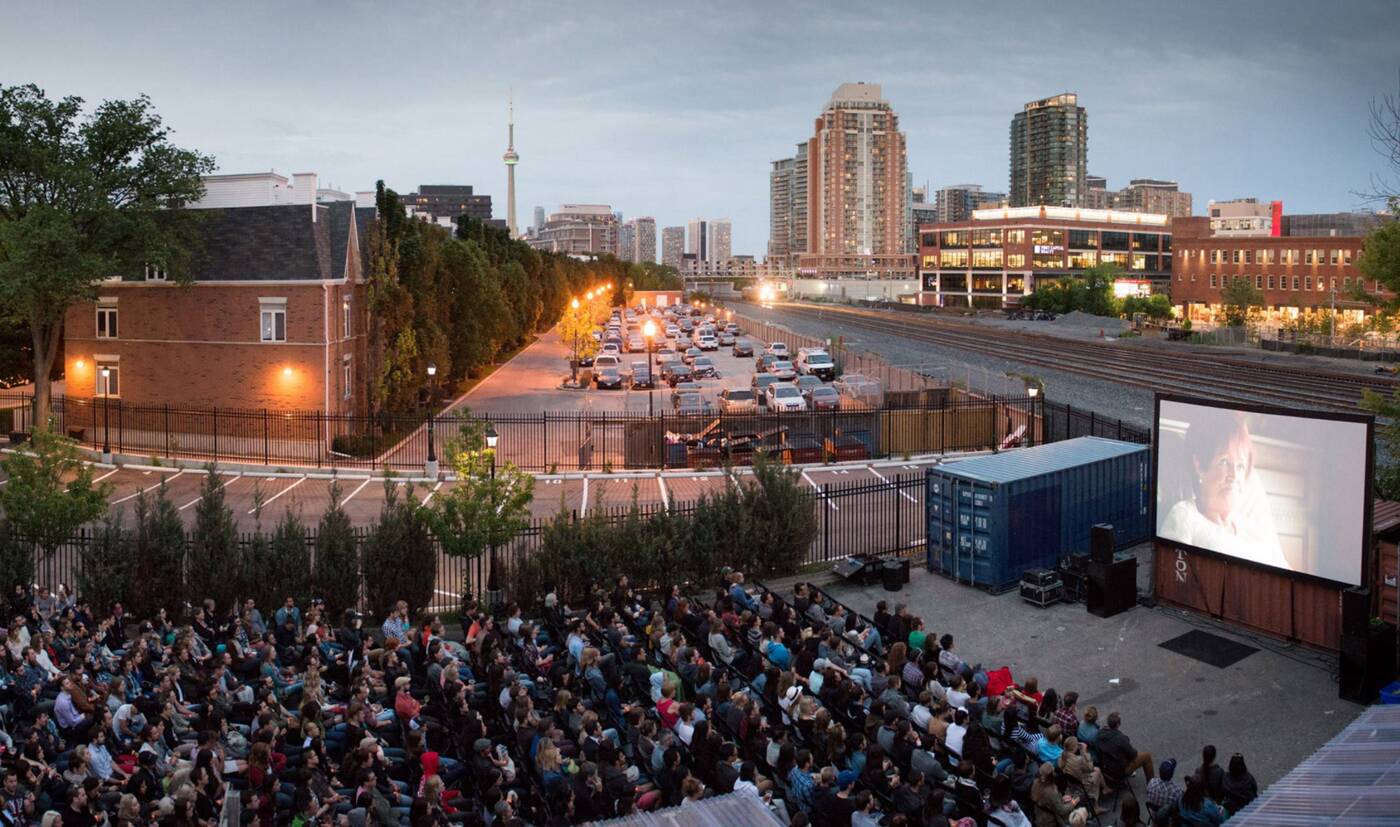 This outdoor movie fest happens at 99 Sudbury every Tuesday from June 27 to August 29. It starts with a concert at 8 p.m. and follows with a movie at 9 p.m. with beer from Amstersdam and food from the Toben Food by Design food truck.