Halloween costume ideas for 2018 are what you're going to need before attending one of Toronto's many spooky parties this year. If you're looking for the hottest ensemble du-jour, look no further than the trendiest video games, some blockbuster horrors, a few politicians, and of course, Toronto wildlife.

Here are some Halloween costume ideas for 2018.

By now we've all heard of the daredevil who went skinny dipping with the sharks at Ripley's Aquarium this weekend. Your choice if you want to go real-life commando (please don't) or stick to nude clothing. Make sure to bring a shark prop, otherwise you're just naked.

Halloween's in an actual fortnight, so why not dress up like a Fortnite skin? Heh? Most big costume stores will have your faves like Cuddle Team Leader onesies and Black Knight getups, or you can equip yourself with accessories like a rainbow smash pickaxe or bring along a boogie bomb.

The new Halloween movie is coming out this weekend, so of course the classic white Michael Myers mask will be making a full comeback this year. Your choice if you want to unmask yourself at the party.

A joint, a bong, a space cake—whatever. Wednesday's nationwide cannabis legalization was a big deal, so why not keep the festivities going into the Eve of Hallows by dressing up as anything weed-related. 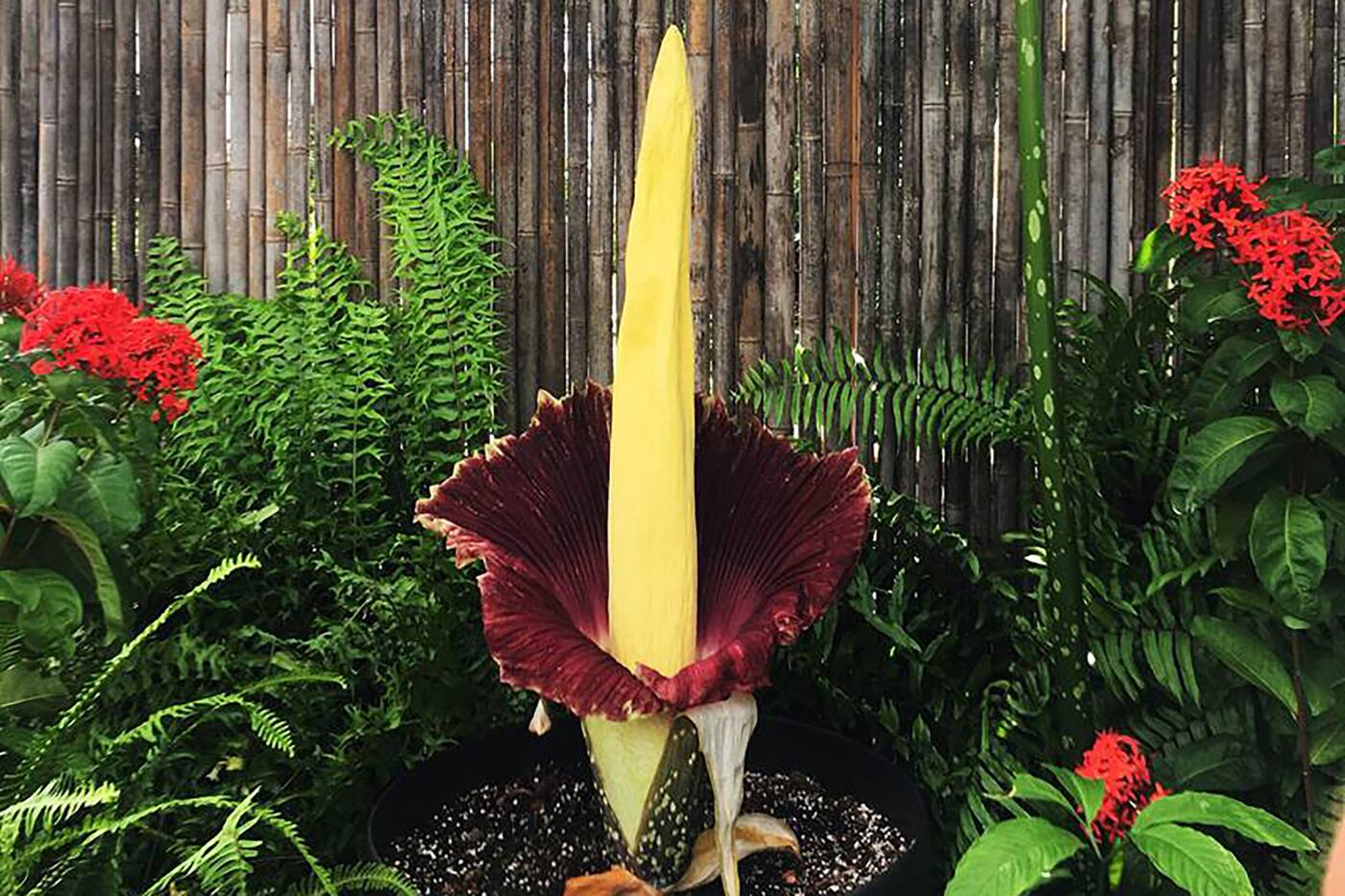 Corpse flower at the Toronto Zoo. Photo by Anne Dong.

If Halloween was a flower, it would be the corpse flower at the Toronto Zoo that bloomed this year for the first time ever. If you want to be a flower that smells like dead people, wear a purple and green skirt and a yellow shirt to emulate its phallic-looking spadix.

Throw on a number two Raptors jersey, sport a pair of massive fake hands and walk around the function laughing awkwardly to pay homage to the Raps' newest player.

Cover yourself in mirrors or polka dots to emulate Kusama's Infinity Mirrors, which might possibly have been the hottest exhibit to ever hit the AGO. You can even get your friends to line up in front of you for hours before letting them stick polka dot stickers all over your face.

There's so many possibilities with this one. Grab some washout bleach-blonde dye, slick your hair back, and walk around cutting up papers that say 'City Council', perhaps. Or opt for a more casual Doug on a tractor. 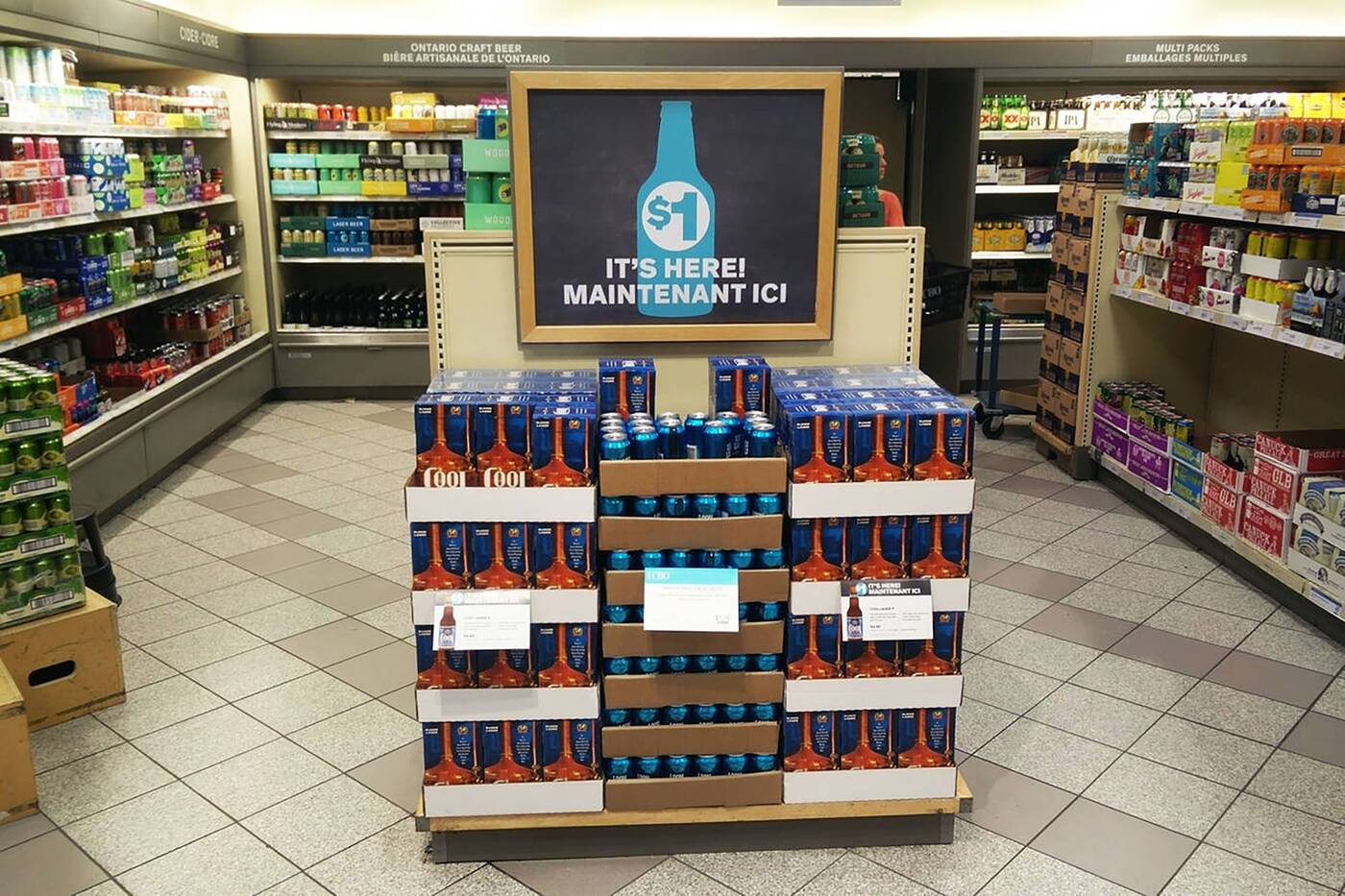 Speaking of Doug, his campaign for dollar beers might be the easiest costume ever. You don't even have to dress up like the actual brew, just throw on a blue outfit with a $1 label and sign saying, "It's here!" to look just like the buck-a-beer signs.

Just like Gretchen couldn't make fetch happen, nor could the CNE with its $100 burger covered in gold. But those who still have an old burger getup tucked away in their closet can bring it back to life with a shiny new layer of gold foil on top.

The newborn pygmy hippo at the Toronto Zoo was probably the most adorable thing you've seen all year. Wear some grey, throw on some little ears, and just be real cute—easy.

The idea of life in an abbey is already horrifying, but last month's supernatural movie The Nun took it to the Vatican with some jump-worthy scenes. A store-bought habit, costume makeup, and some fake overbite teeth should be enough to pull this one off. 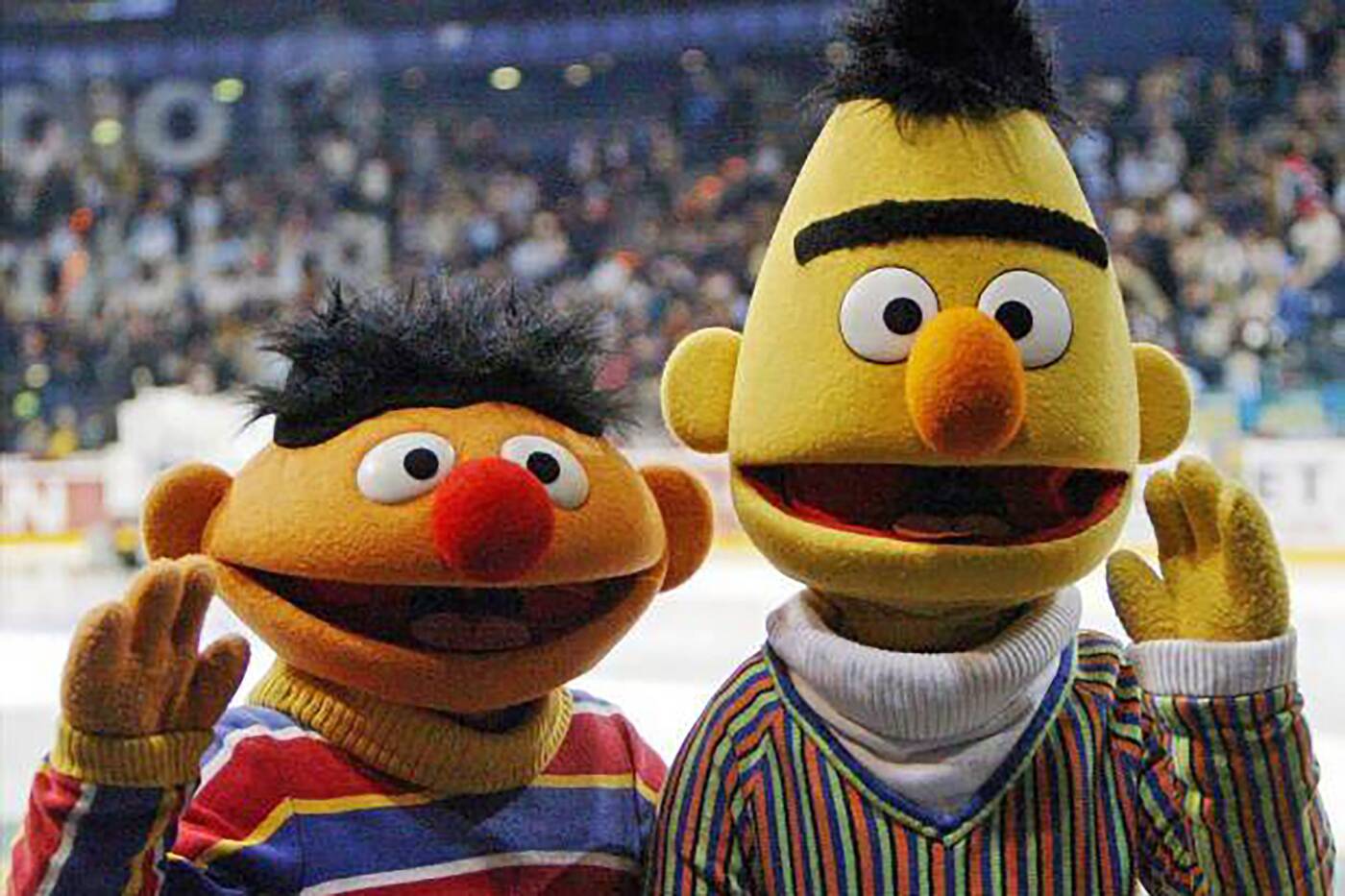 Bert and Ernie of the Muppets. Photo via Bert And Ernie Marriage.

Sesame Street may be in denial but this iconic duo came out of the closet this year, meaning they're officially the season's hottest couple's costume.

According to Google Trends, our Prime Minister is once again the top Canadian search for Halloween costumes. A crisp dress shirt with rolled up sleeves should be pretty easy to do, paired with Canadian flag pins and a luscious wig of brown hair, baby curl included. Or just shirtless.

Last week's video of a mouse nomming on Jamaican patties in Kennedy station caused a riot, but are we really surprised? Put on your best mouse 'fit and carry a Gateway Newstand patty around with you. Maybe stick a Kennedy station transfer on you so there's no confusion.

So satirical, so sexy—Banksy. Embody the evasive artist's 'Girl With Balloon' piece post-shredding with a rigged frame and maybe a fringey bottom.

Fans of this shooter video game may already be enjoying the Halloween-themed skins in the virtual universe, but Halloween's the perfect opportunity to dress up as Solider 76 IRL outside of Comicon. 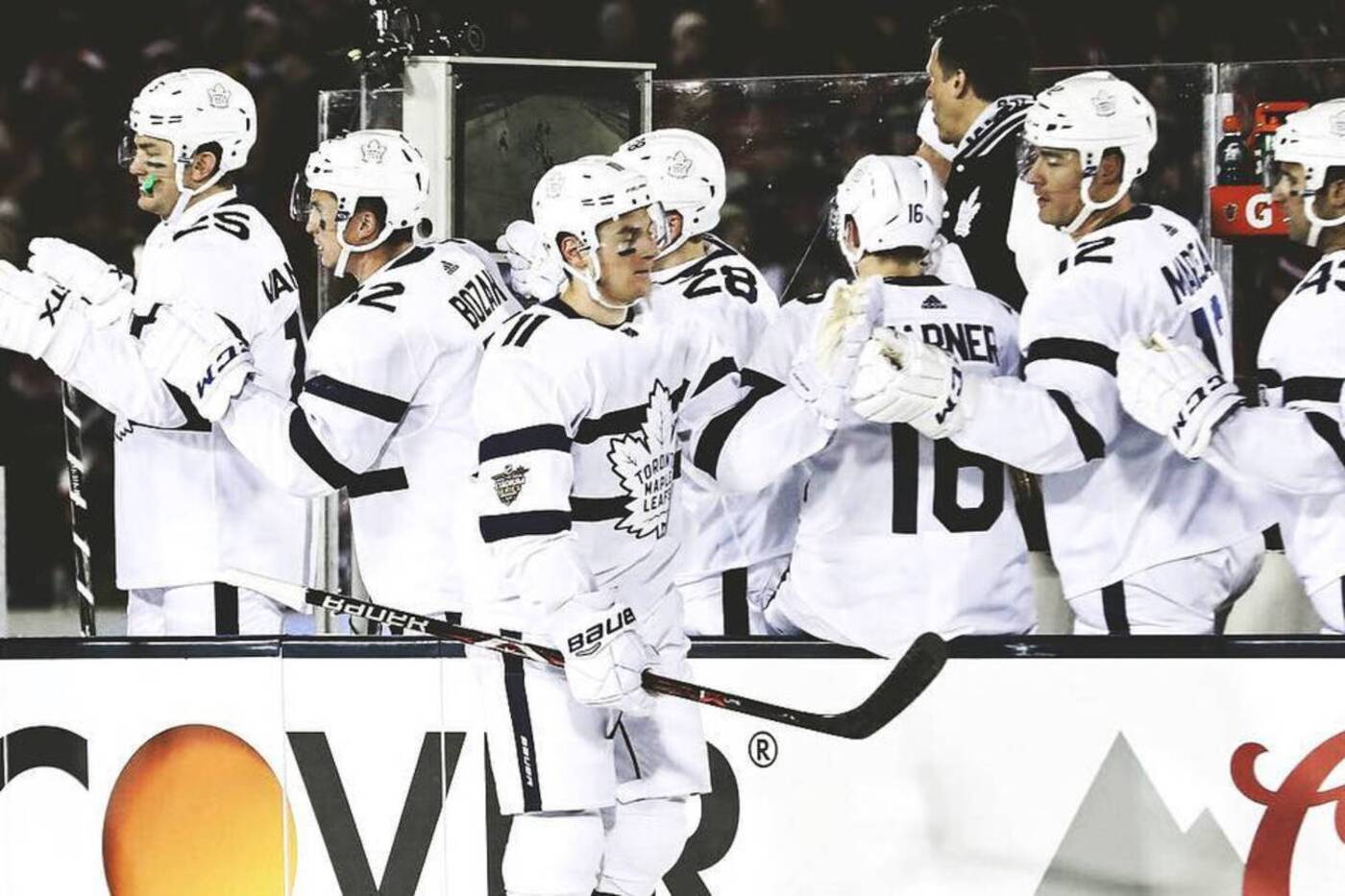 Maple Leafs in their Stadium Series uniforms. Photo by pfhockey.

Bring back the biggest fashion faux pas in sports of 2018 with your take on the white-as-snow Stadium Series uniforms that the Leafs' wore earlier this year. Try your hardest to blend into every white wall, save for the logo, which should be just visible.

There's nothing funny about assaulting a stranger. But we must admit, the man who kicked a woman at an anti-abortion rally might not have been caught if he wasn't so damn recognizable. Wear a purple hoodie this year to remind us all that roundhouse kicking each other isn't okay.

The infamous Indian bar Tim Hottens made headlines for copycatting Canada's beloved Tim Hortons brand. Who needs a proper costume when you can just get this rip-off font printed on a shirt: it's spoooooky how similar they are.

There's no shortage of iconic T.O. raccoons to dress up as this year. Pair some face make up with an empty jar to be the poor racoon that got its head stuck in a peanut butter jar, or carry around a loaf of whole wheat like the bread bandit.