Doug Ford's buck-a-beer policy launched at the beginning of this week with only three brewers on board. With the controversial new legislation, you might be wondering what incentive there even is for these brewers to sell their product at such a low profit.

"As part of the ‘Buck-a-Beer’ challenge, the LCBO looks forward to working with any beer supplier who agrees to meet the Premier’s challenge to reduce the price of beer," said an LCBO spokesperson.

132 LCBO's across the province, many of which are in Toronto, have seen a series of new promotional materials pop up, including some big signs and dedicated sections of buck-a-beer brews. 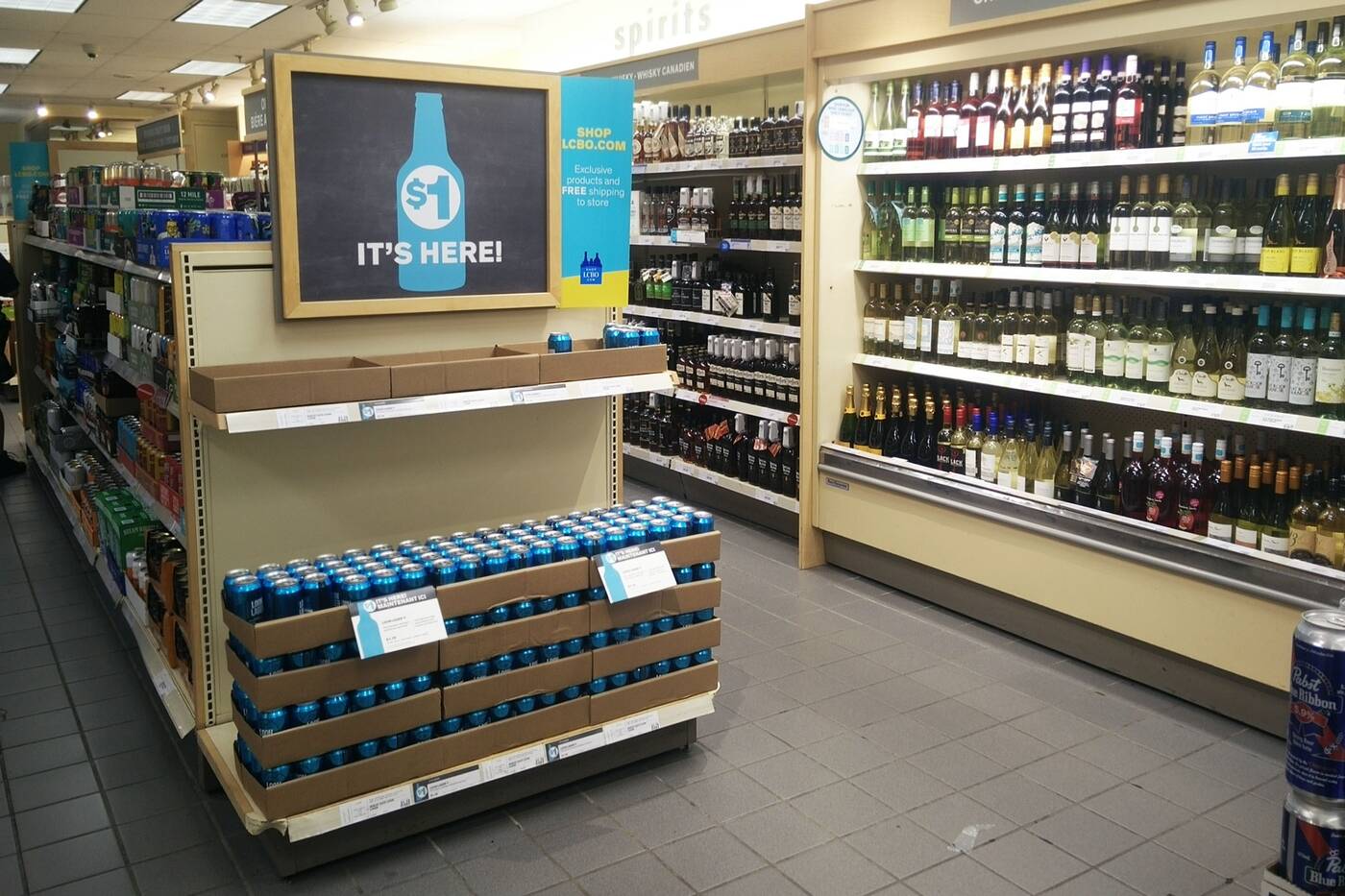 A new display at the LCBO at College and Baldwin Streets promotes cans of $1 Loon Lager from Barley Days Brewery.

The displays are definitely not works of marketing genius (it's a chalkboard-looking beer bottle drawing with text that says 'It's Here!') but these breweries will apparently also have the advantage of some "limited time offers and advertising" on top of that.

According to the spokesperson, the money spent on this extra promo is "[a] normal business expense for our stores that will incur no costs to either LCBO consumers or Ontario taxpayers."

As of right now, only three brewers have hopped on the dollar-beer deal wagon, meaning only Barley Days, Cool Beer Brewing, and a limited-time President's Choice beer will be getting the boost, though you'd think the $1-per-beer concept should sell itself.