Here's every Toronto restaurant that made Michelin's inaugural guide

After months of speculation, the Michelin Guide revealed its inaugural list of Toronto restaurants at a gala held at the Evergreen Brick Works Tuesday night.

Used by diners and travellers searching for the best restaurants – at least in cities that have been assessed by the guide – Toronto is now Canada's first Michelin destination.

Restaurants that receive a Michelin star don't only gain prestige, but also typically see an uptick in business. While it's a major honour to get a single star, those that get the elusive three stars attract diners from around the world for their "exceptional cuisine, that's worth a special journey."

Michelin's anonymous reviewers have been visiting the city's fine dining and casual mom-and-pop restaurants over the past four years. Judged based on five universal criteria that include the quality and presentation of the dishes. Inspectors also look for consistency between their visits.

Of the 17,859 food vendors listed by Toronto Public Health, 74 - with 27 different cuisines - were recognized for their outstanding cooking.

As expected, the usual suspects made the cut – and some shockingly were omitted, but it was the city's many under-praised chefs and restaurants that set the room ablaze. 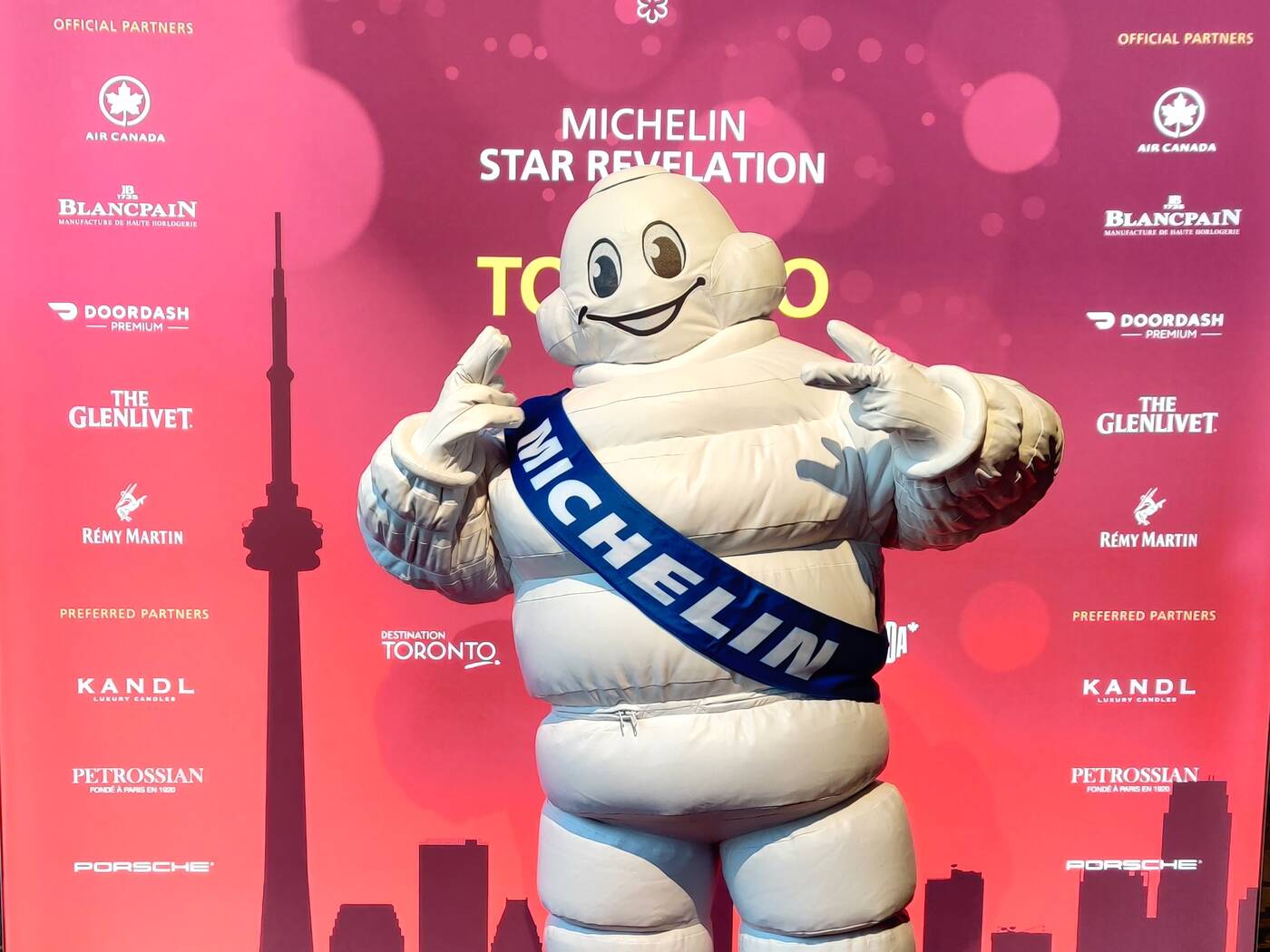 Known to be the most culturally diverse city in the world, the inaugural list was chock-full of various cuisine types. Unsurprisingly, and thankfully, most of those were rated as Bib Gourmand, an official category for great restaurants that don't break the bank.

"What's most important is to look at the entirety of the Michelin Guide for Toronto," says Andrew Weir, executive vice-president of Destination Toronto, of their marketing partnership with Michelin. "There will be a lot of attention on the stars, but those who follow Michelin know that some of the best discoveries are in the Bib Gourmand and the Michelin recommended category."

"This is also the start of a multi-year partnership with Michelin. They've come in to do their first round of inspections, but over time, they will discover more restaurants. So, the guide will continue to grow over time. The Toronto guide is an all-digital guide, which means there will be additions, particularly in the recommended category. Toronto's culinary scene is remarkable in its depth and breadth, and we saw the start of that recognition tonight."

Here's who made the cut. 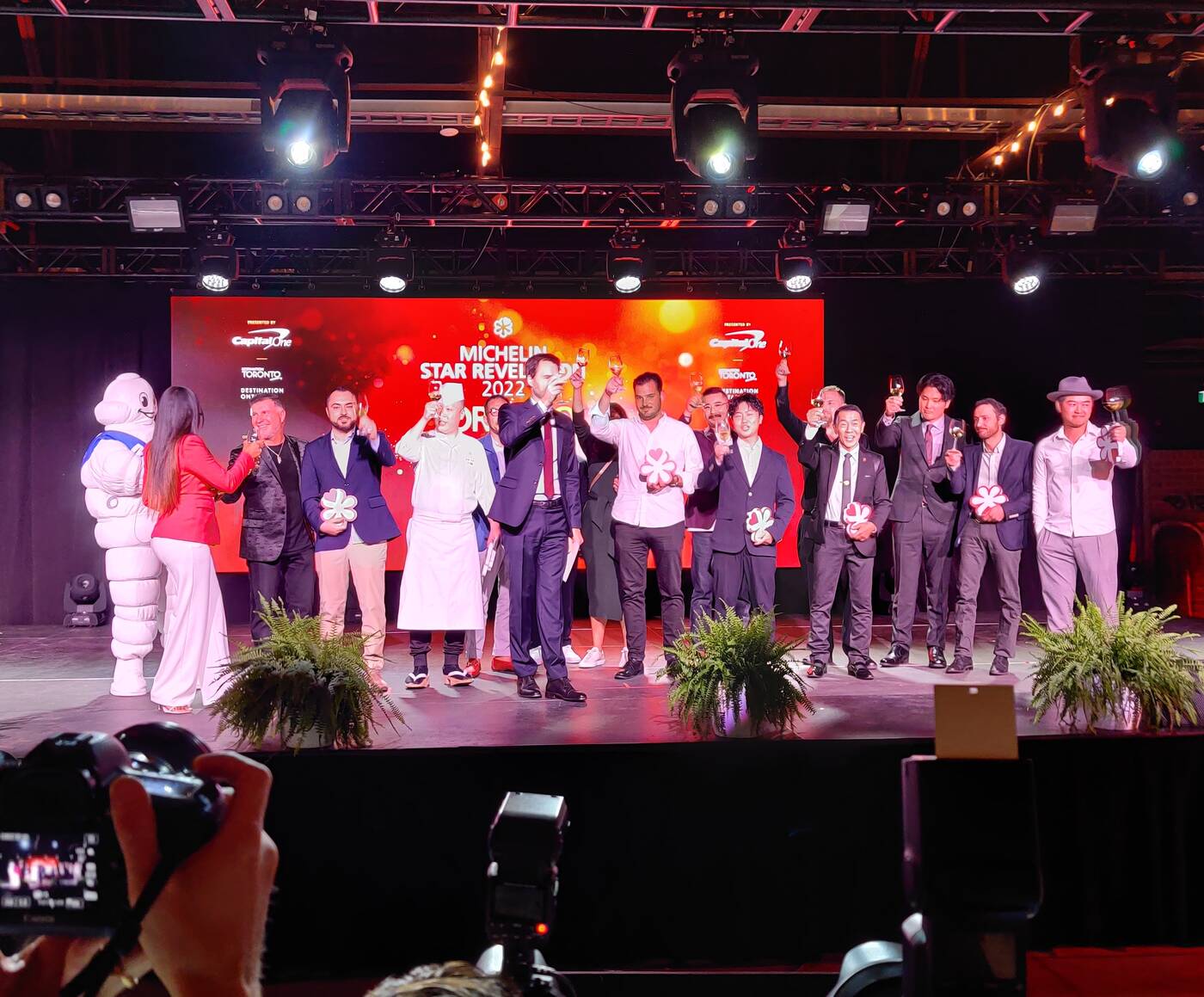 Chef Masaki Saito is a Michelin veteran who garnered two Michelin stars during his time at New York City restaurant Sushi Ginza Onodera. Known for making fresh fish even more delicious by aging it, he's once again impressed inspectors with the new Edomae-style sushi he serves from his serene Yorkville outpost. 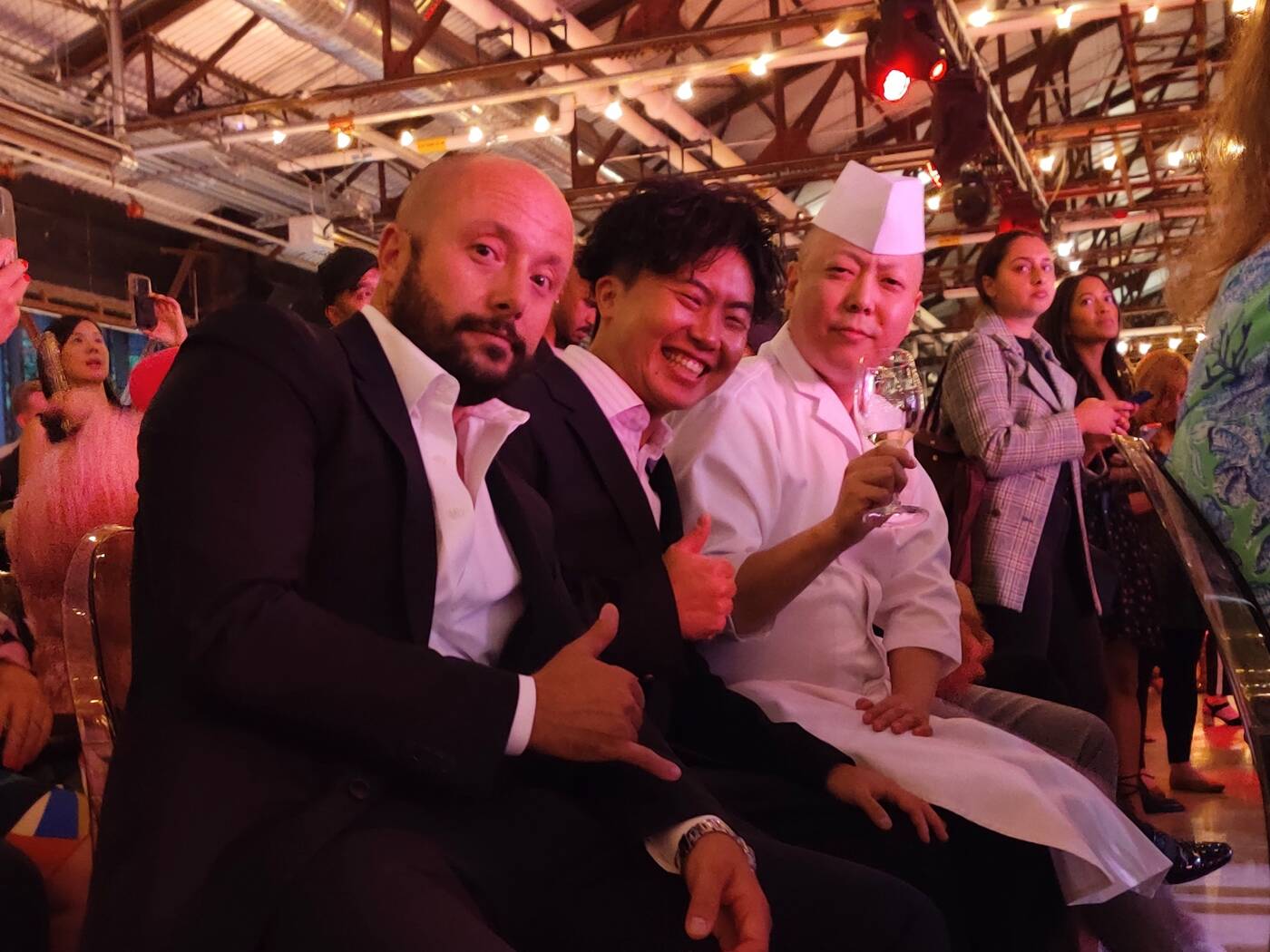 One star: high-quality cooking, worth a stop

Celebrated chef-restaurateur Patrick Kriss's haute dining flagship for contemporary French fare felt like a shoo-in, given its 94th placement on The World's 50 Best Restaurants list in 2018 and how it locked in the top spot four years straight on Canada's 100 Best.

Yorkville's not-so-hidden gem is a temple for cocktails and fine wines but also contemporary cuisine from the Alo Food Group that partners crudos with fish and chops prepared on a charcoal grill.

Already named the number one spot for best Italian Restaurant in the world outside of Italy by 50 Top Italy, the Toronto outpost of the two Michelin-starred restaurant in Campania takes it to its new home on the 38th floor of the Westin Harbour Castle.

A perennial favourite among the city's food lovers, this intimate restaurant run by husband and wife team Tobey Nemeth and Michael Caballo draws inspiration from Spain and France for its seasonally driven, changing daily, rustic-yet-refined cuisine. Their Sunday lunch is a long and lingering feast that's unparalleled in the city.

Internationally trained chef Quinton Bennett brings his modern techniques in contemporary cooking to this guilded and plush Yorkville dining room. Expect unconventional flavours that surprise and delight especially when you place your trust in the cocktail or non-alcoholic pairings. 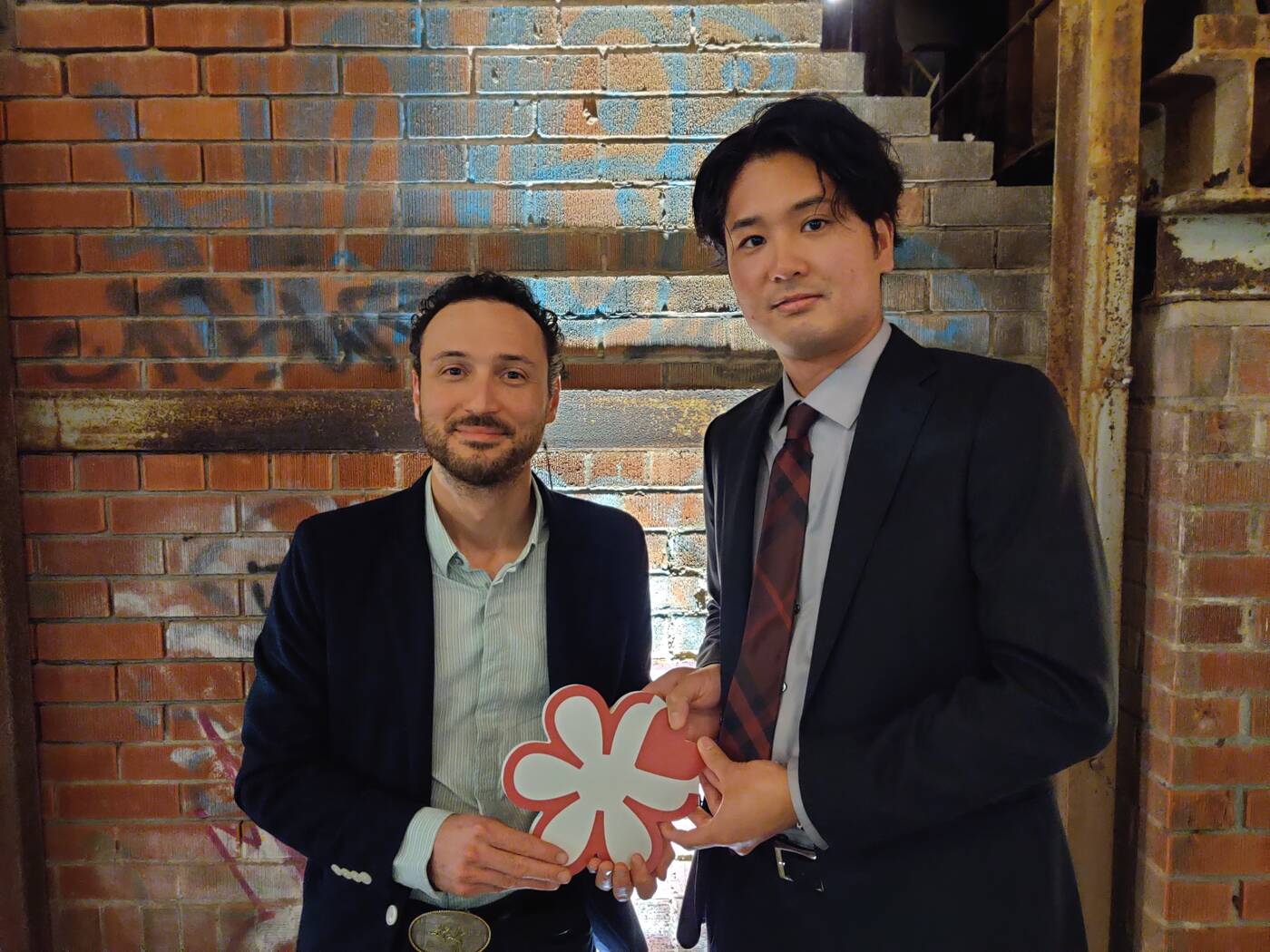 This uptown gem is a playground of chef John-Vincent Troiano and his skilled team who take the country's bounty and showcases them with Asian sensibilities that's smart, flavourful, and anything but stereotypical.

Serving kaiseki-ryori, the traditional Japanese multi-course cuisine that's an art form as much as it is about the cooking, this gastronomic temple at the Japanese Canadian Cultural Centre is where chef-owner Masaki Hashimoto practices omotenashi (Japanese hospitality).

A tough reservation even before being recognized, this Avenue space spotlights delicate coastal Mediterranean flavours and comforting Northern Italian cuisine.

Featuring wood-fired cooking and tapping into the Mexican pantry, the food and flavours here continue to draw crowds despite ownership changes.

Chef Daisuke Izutsu prepares his artful and seasonal kaiseki-style menu for a lucky 15 each night. 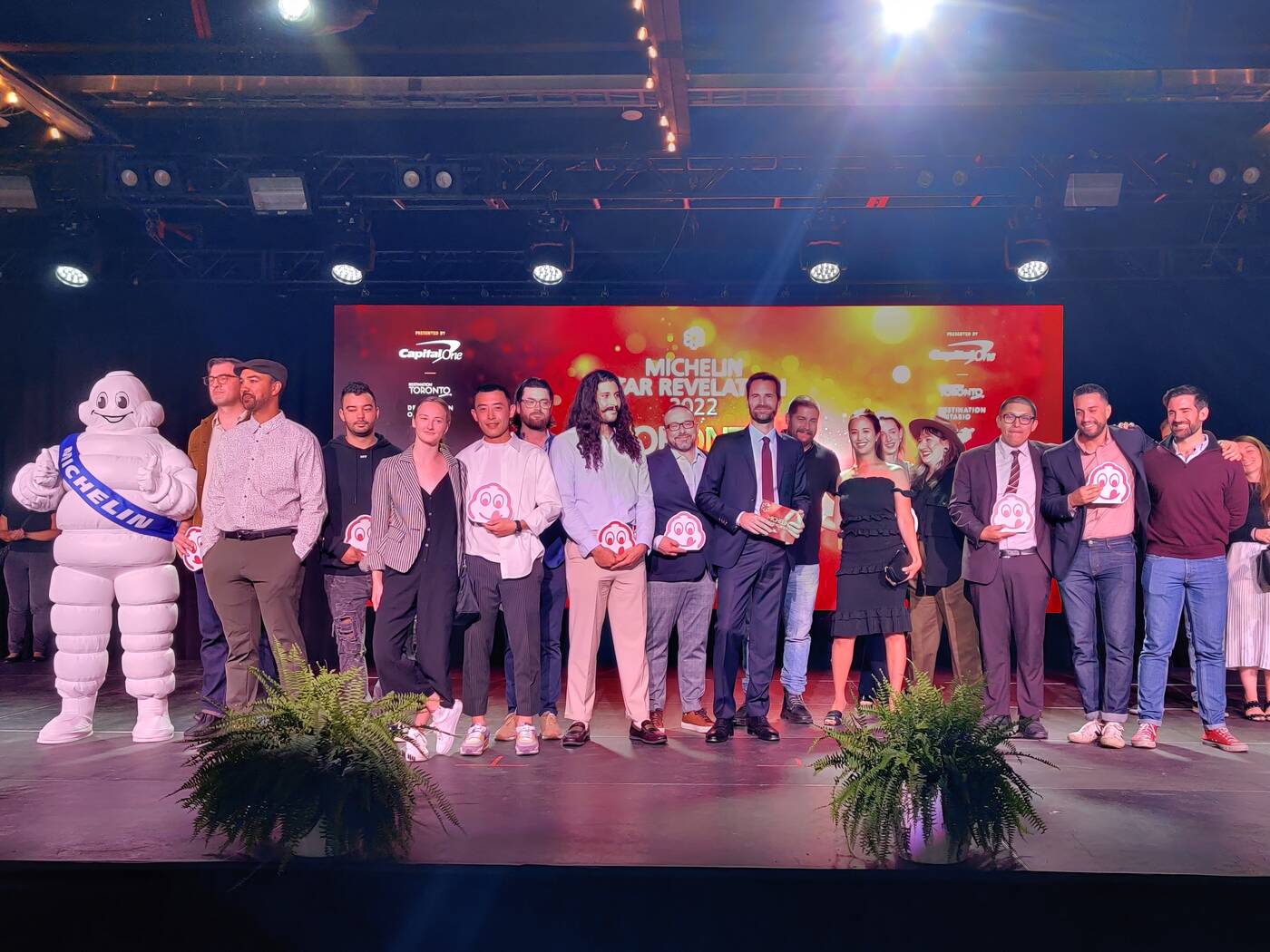 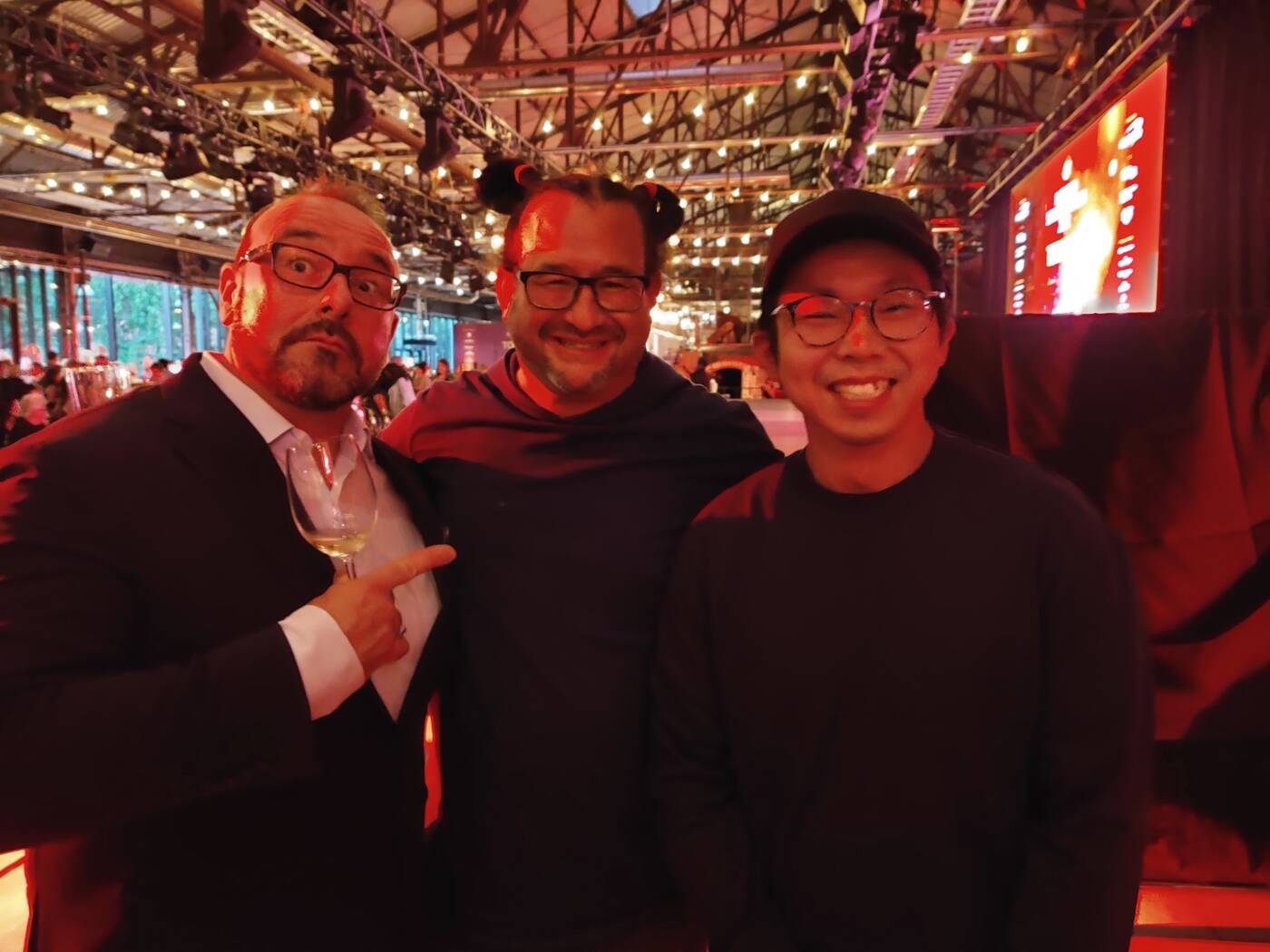 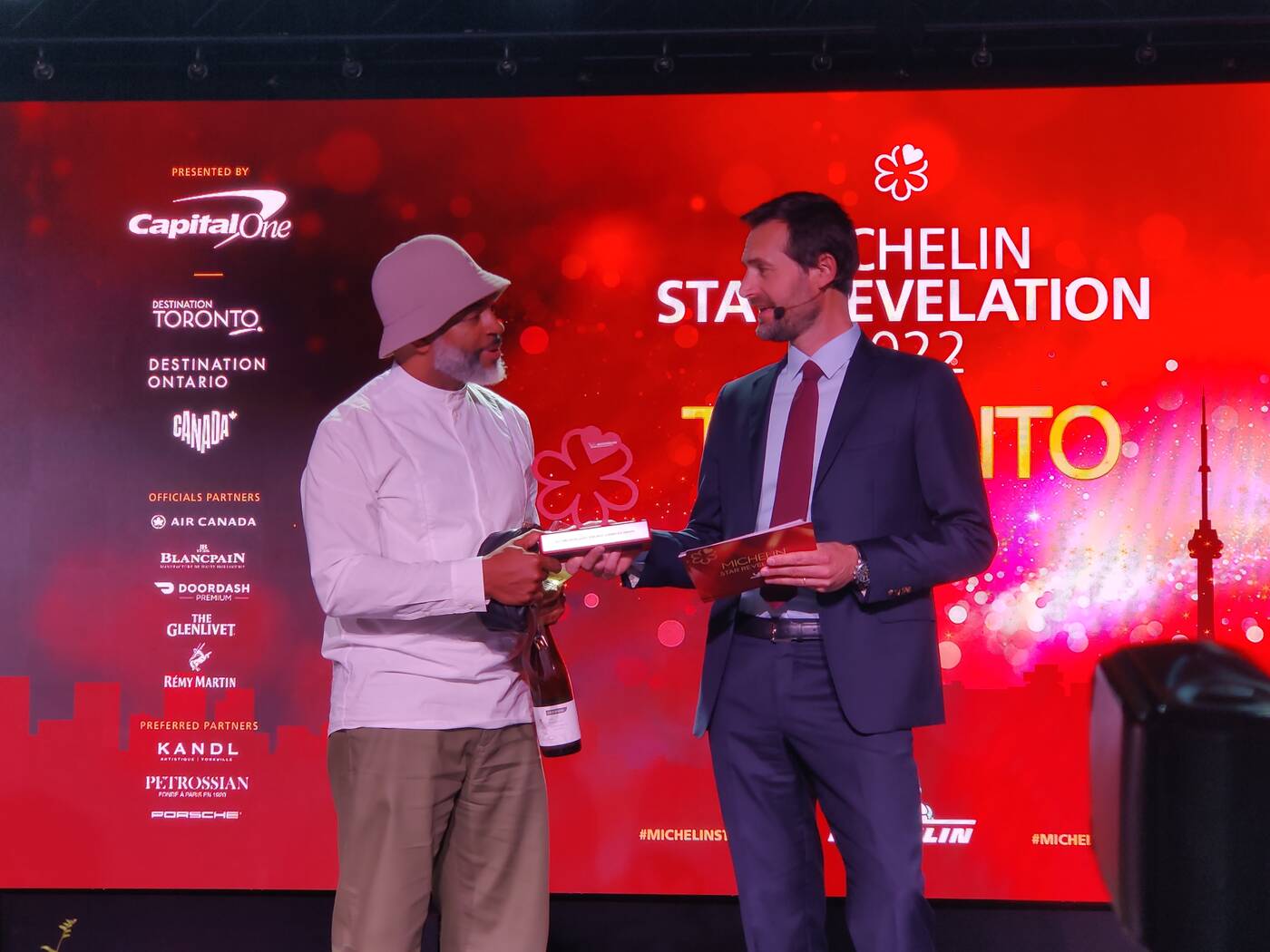 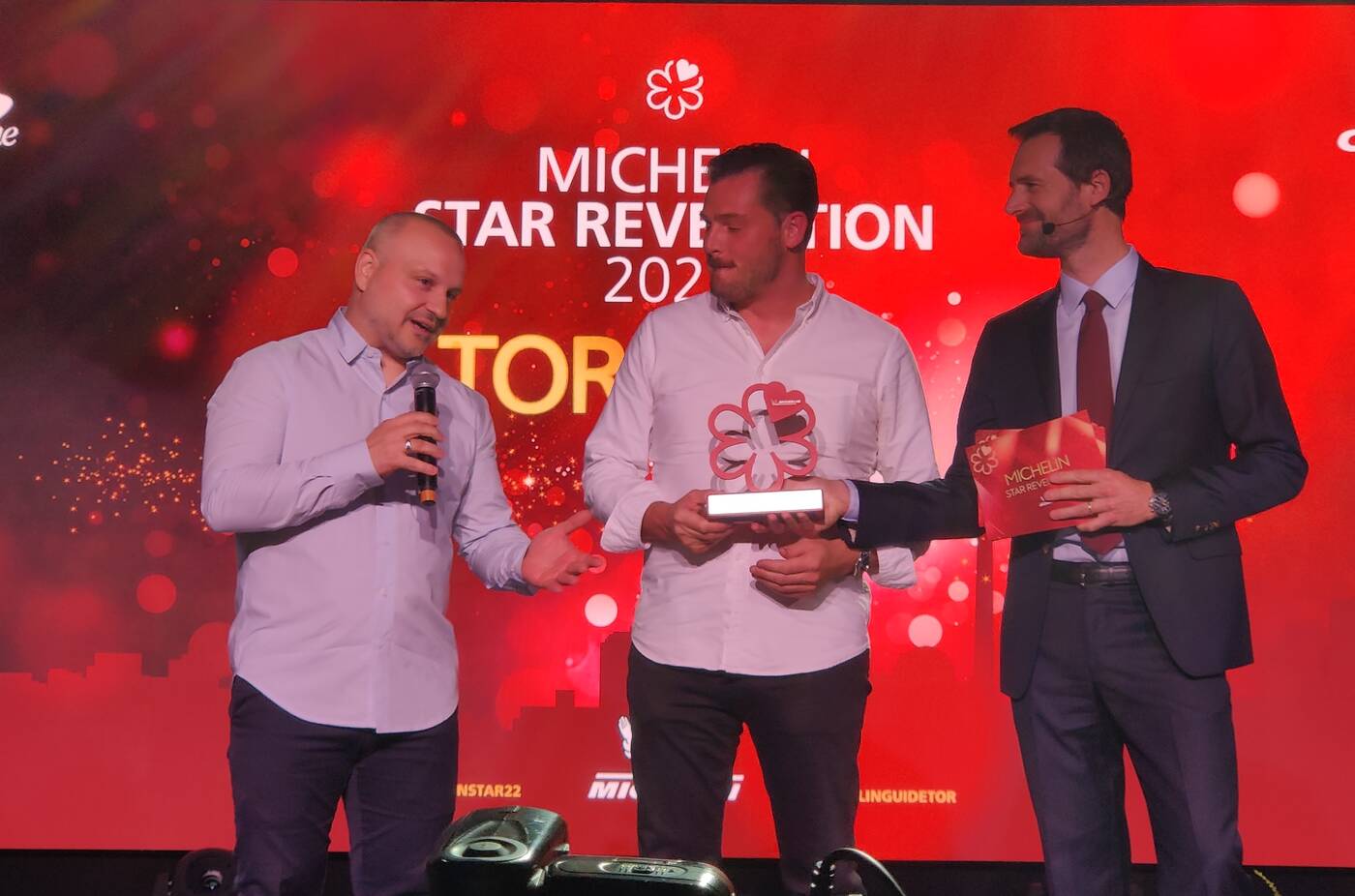