Evergreen Brick Works is a well-loved patch of land in the middle of Toronto with a fascinating history and far-reaching views of the picturesque Don River Valley.

But before it began drawing people to its farmers' market on Saturday mornings and hiking trails basically every day of the week, the area was the site of a quarry and brick-making factory that provided bricks for the likes of Casa Loma and Massey Hall.

The factory was opened in 1889 by the Taylor brothers, who also operated one of the early paper mills along the Don River, Todmorden Mills. 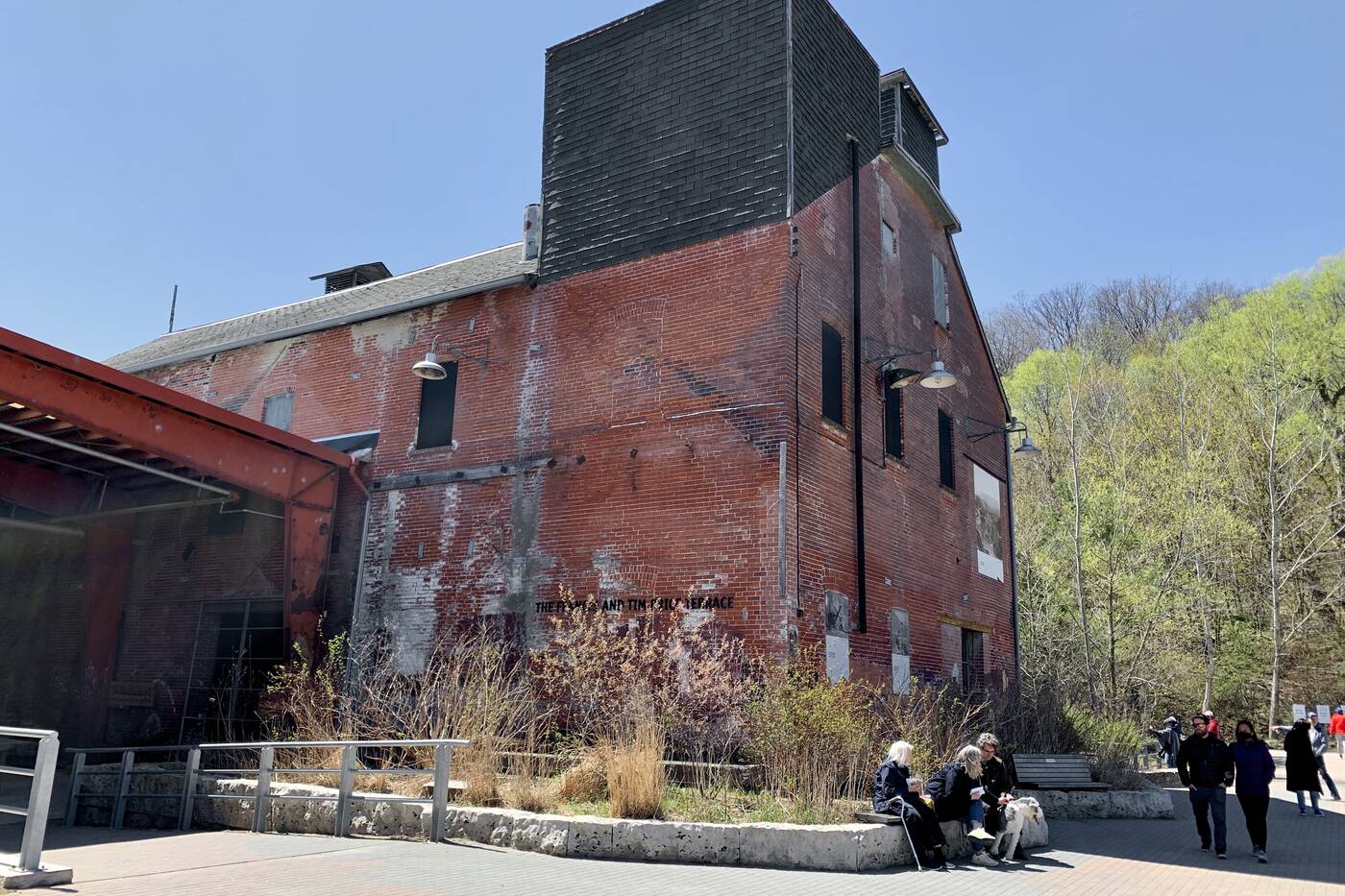 The heritage buildings are now all restored and home to Evergreen, a national charity.

They initially intended it to be another paper mill until they discovered the vast amounts of clay in the area that was the mouth of a glacial river thousands of years earlier. 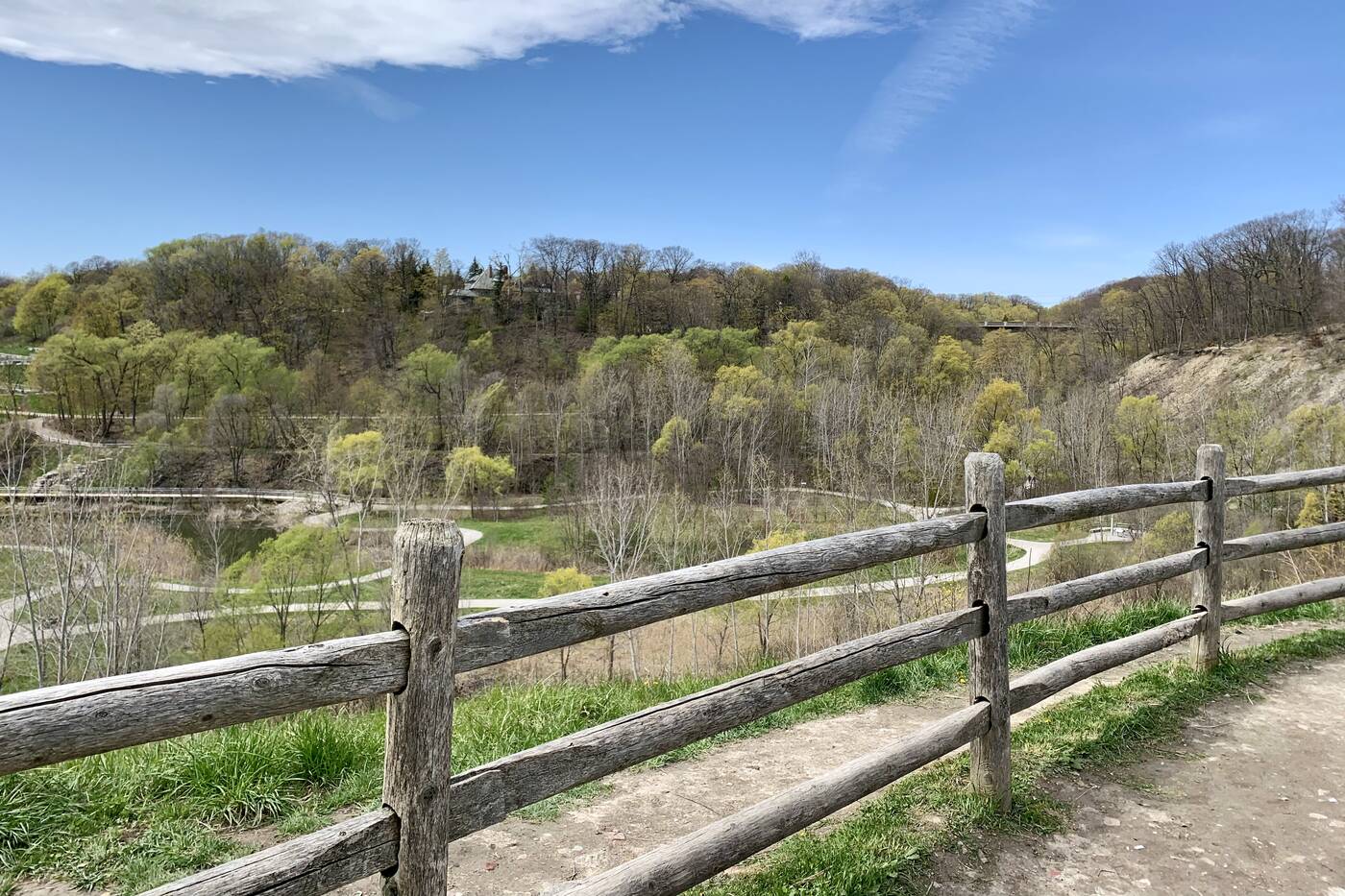 Winding trails cover the grounds and bring you up high for views of the Don Valley.

The area sitting at the confluence of Mud Creek and the Don River has seen plenty of changes since the original factory closed in 1984. And it's now one of the top must-visit parks in the city. 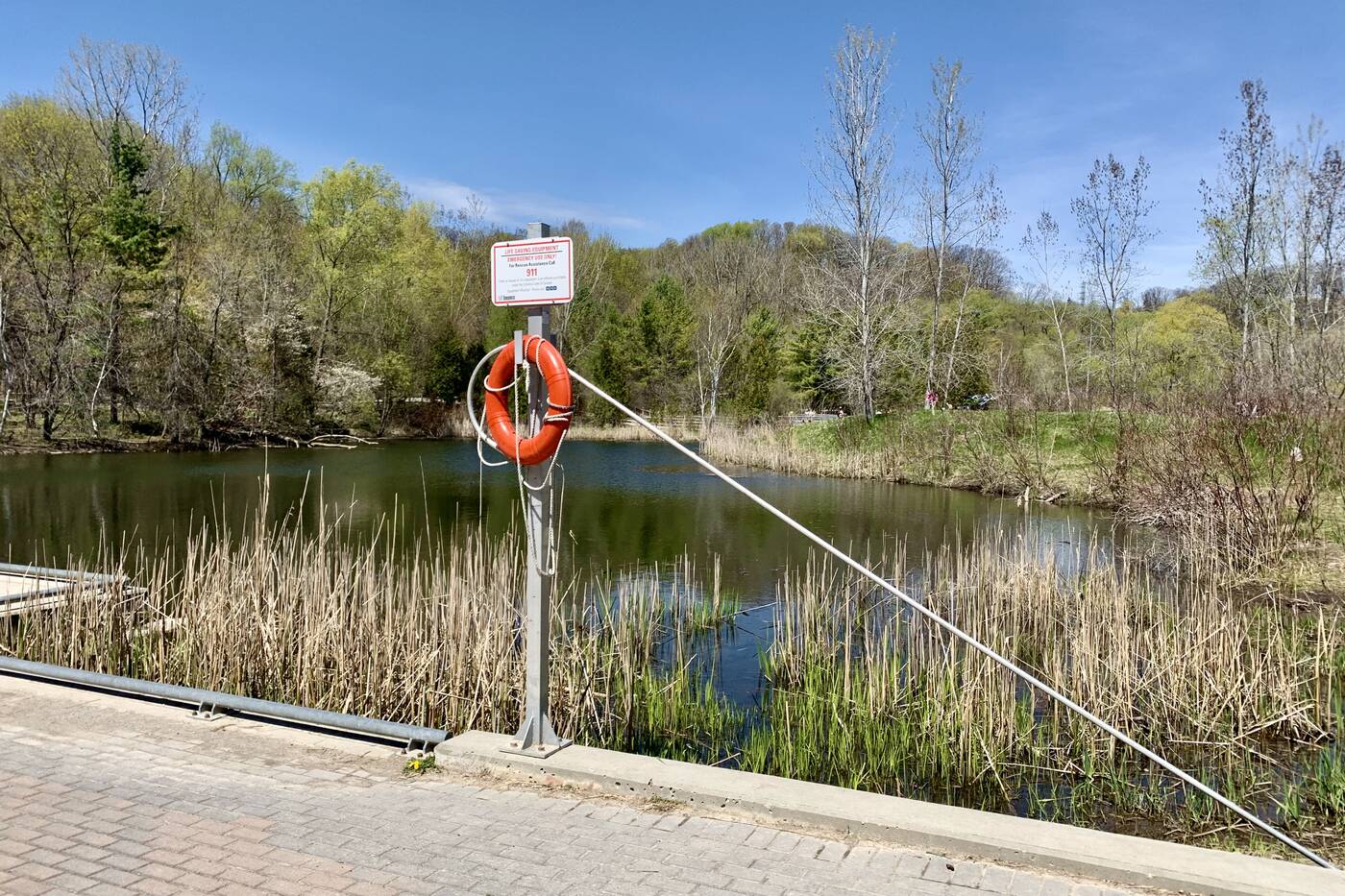 A series of three ponds in the area is filled with water diverted from Mud Creek.

About 15 of the restored heritage buildings are home to Evergreen, a national charity that's big on restoring nature in cities, while the massive quarry that used to be in the north end of the 16-hectare site has been filled and replaced with boardwalks through marshy ponds. 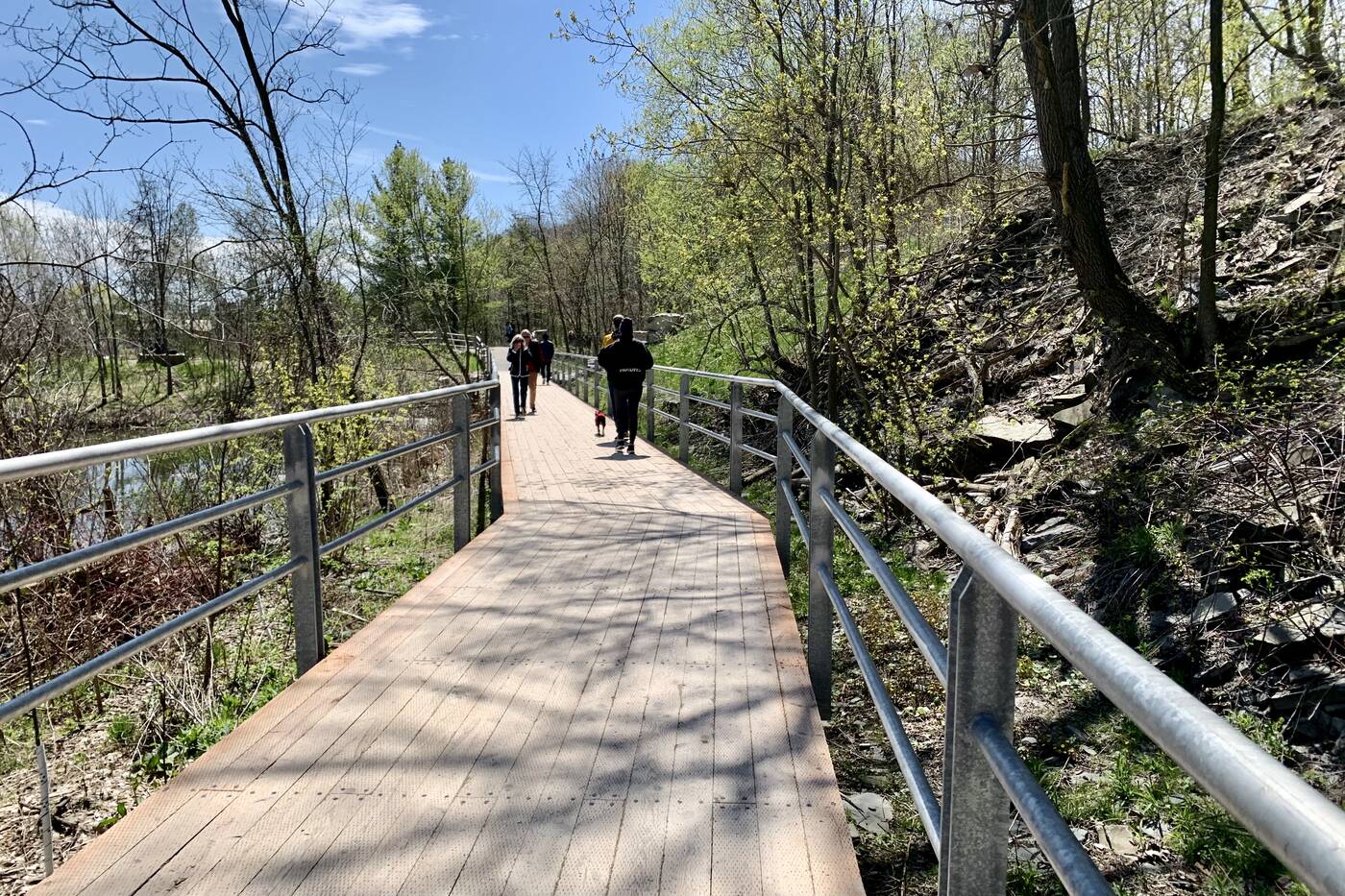 Boardwalks lead you through the marshy ponds.

The series of three ponds is made up of water diverted from Mud Creek and flows out of the connected waterways from a channel that used to divert it into the brick plant. 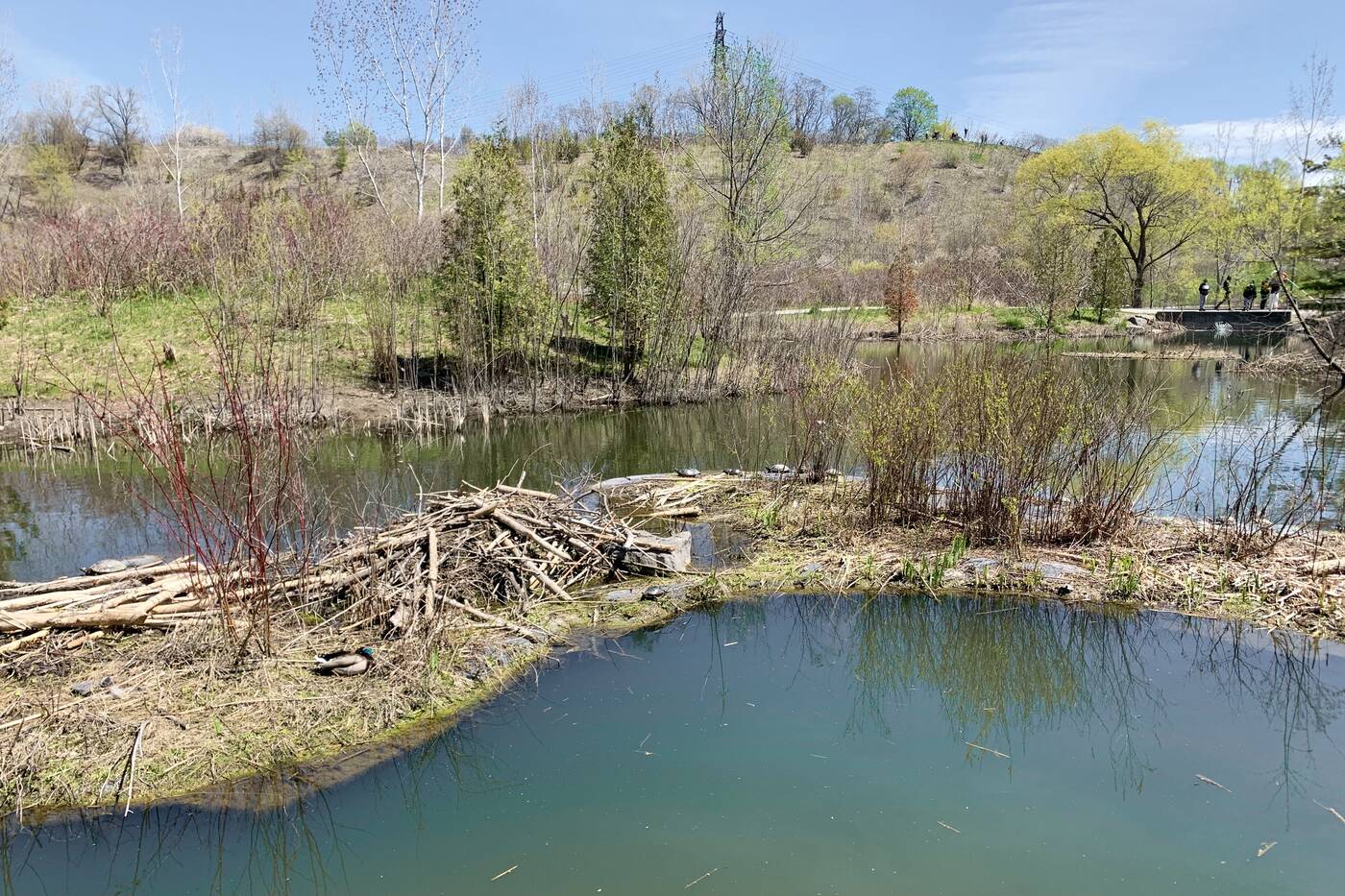 The ponds are home to lots of wildlife including turtles, fish and ducks.

Plenty of fish, migrants from the greater Don River, have set up camp in the murky waters, as well as more red-eared slider turtles than you can probably count. 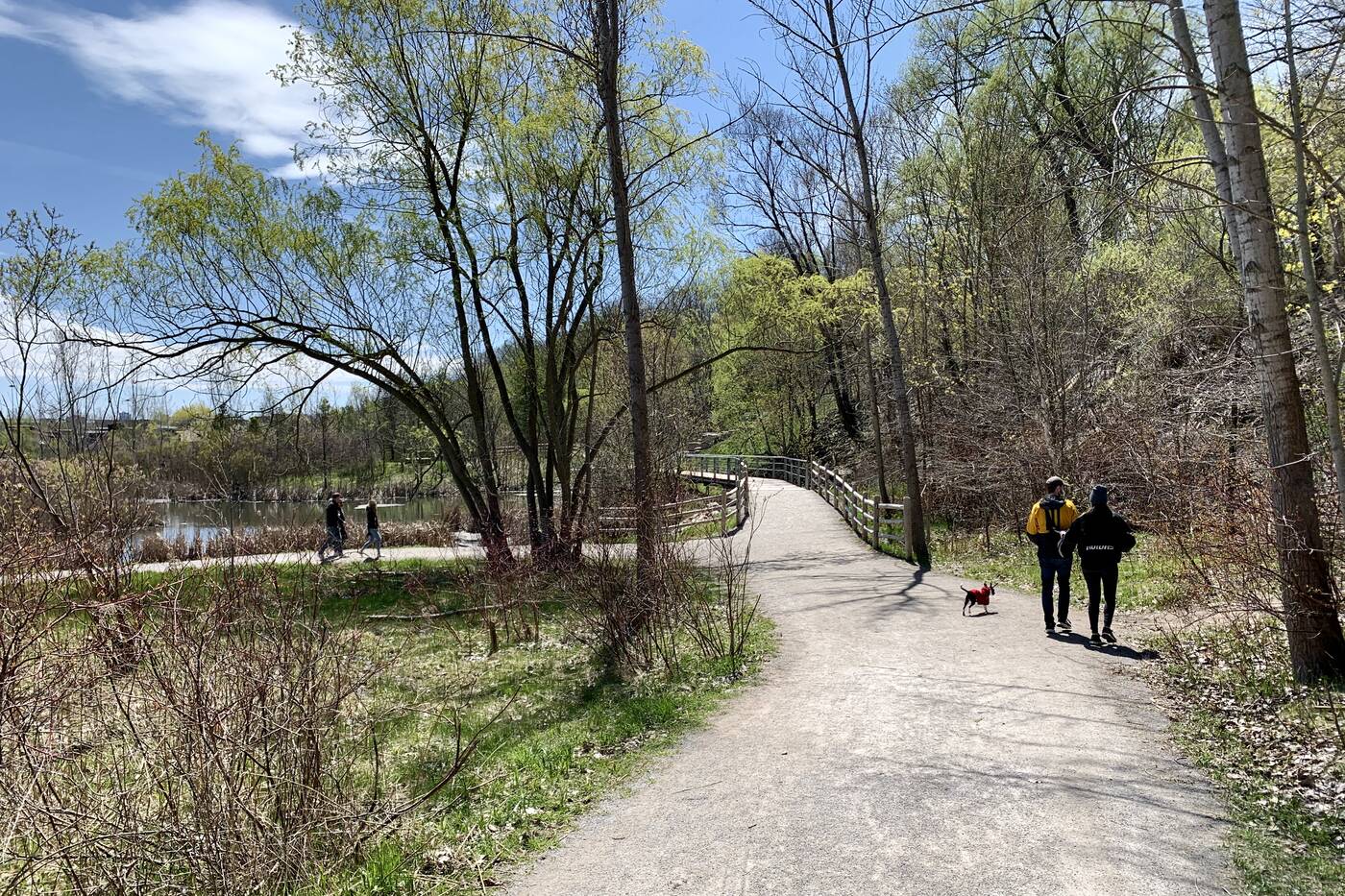 It's a great starting point to see more trails with connections to the greater Don Valley watershed.

The wooden boardwalks turn into dirt pathways leading to even more natural beauty. A large outer loop spans the entire area of the park and also winds up to elevated ground where you'll find views of the surrounding Don Valley. 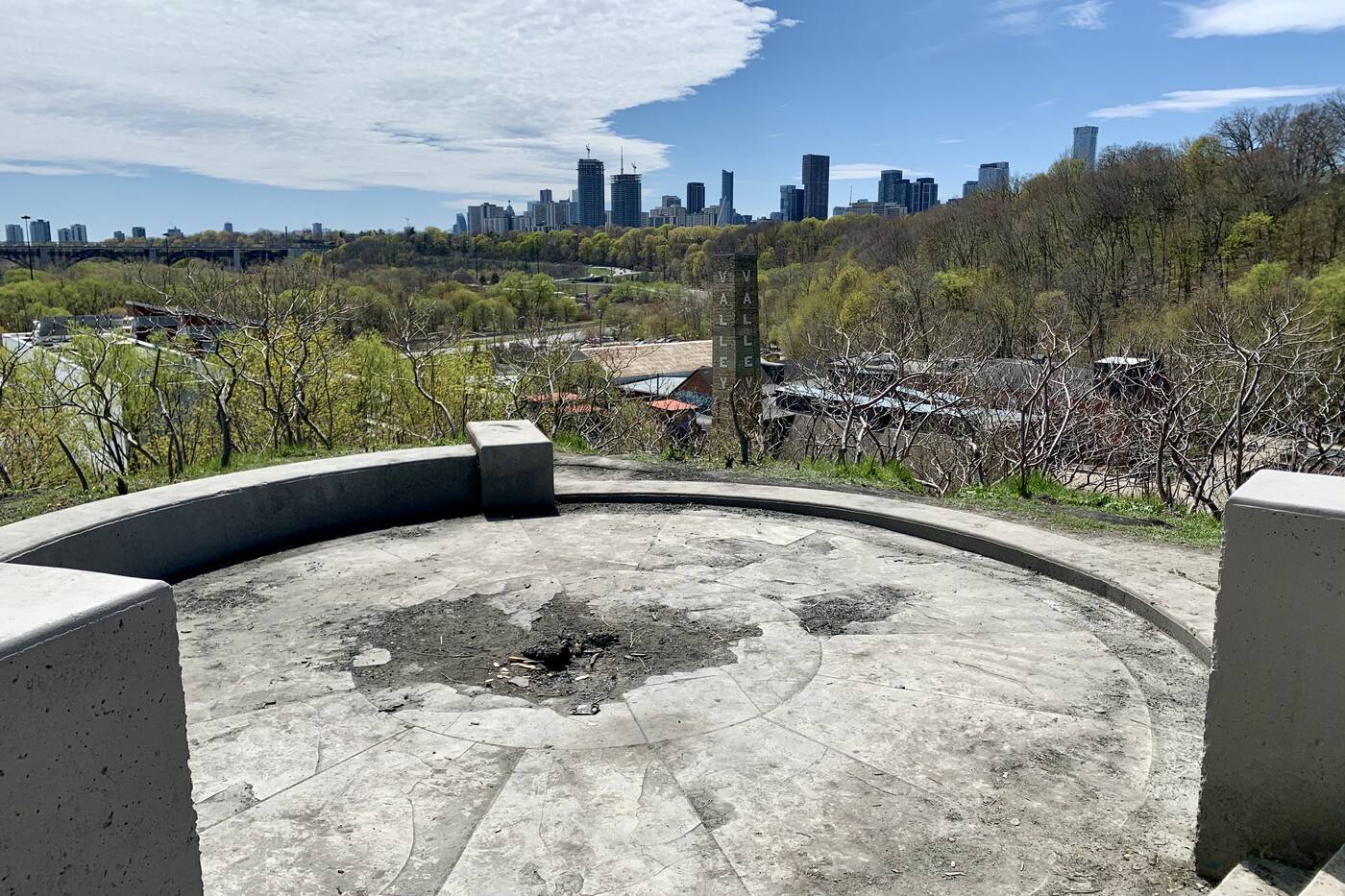 The Governor's Bridge Lookout affords more views of the valley and the city skyline.

The panoramic views at the Governor's Bridge Lookout are incredible no matter the time of year. But the skyline has seen better days. Sadly, two new developments now block the once perfect view of the CN Tower. 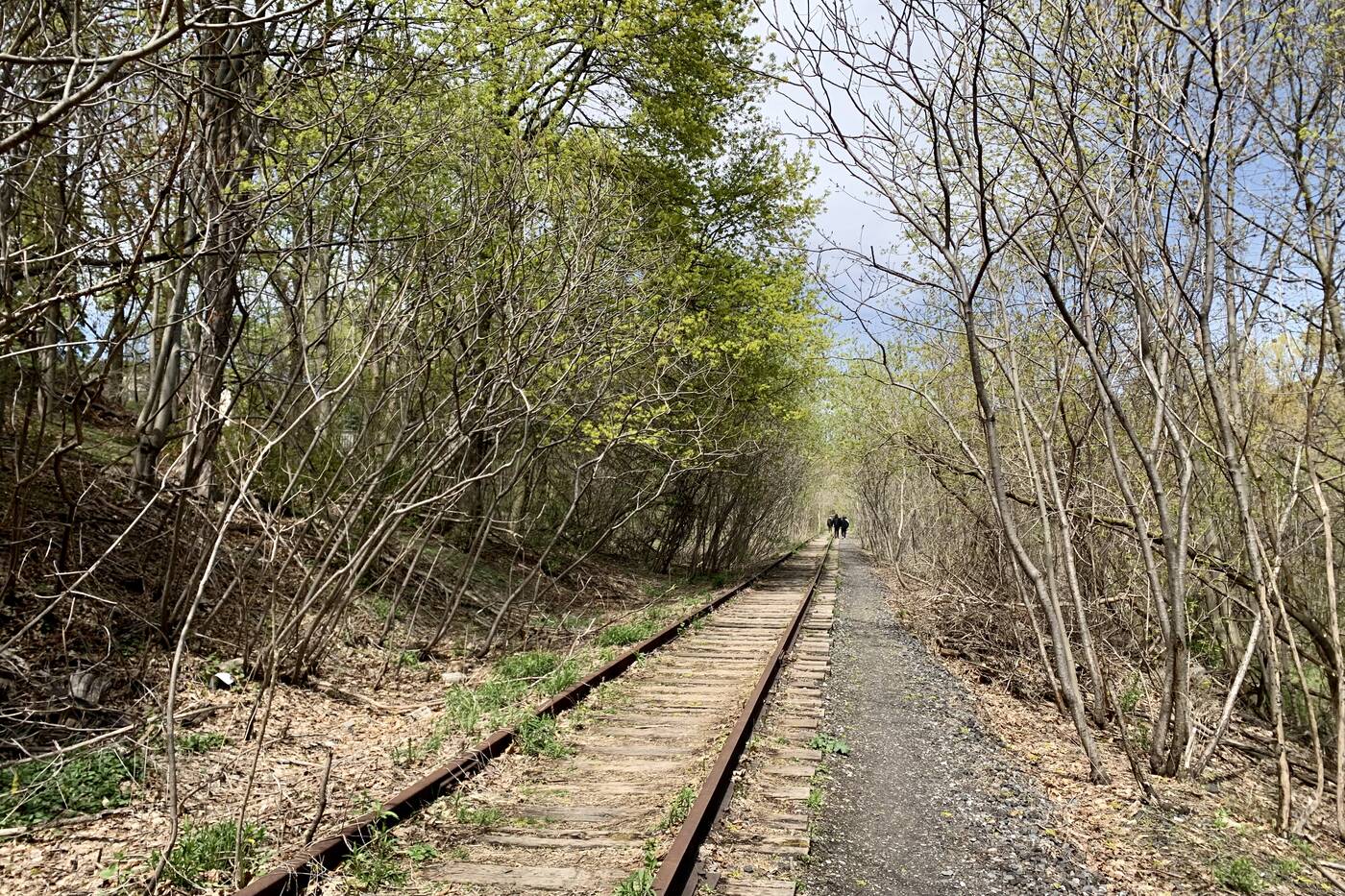 A stretch of abandoned CPR tracks runs next to the trails in the area.

A stretch of CPR railway line that hasn't been used for about 15 years runs parallel to the trails in the park just beyond a bit of bush. The abandoned tracks lead to what's called the half-mile bridge to the south. 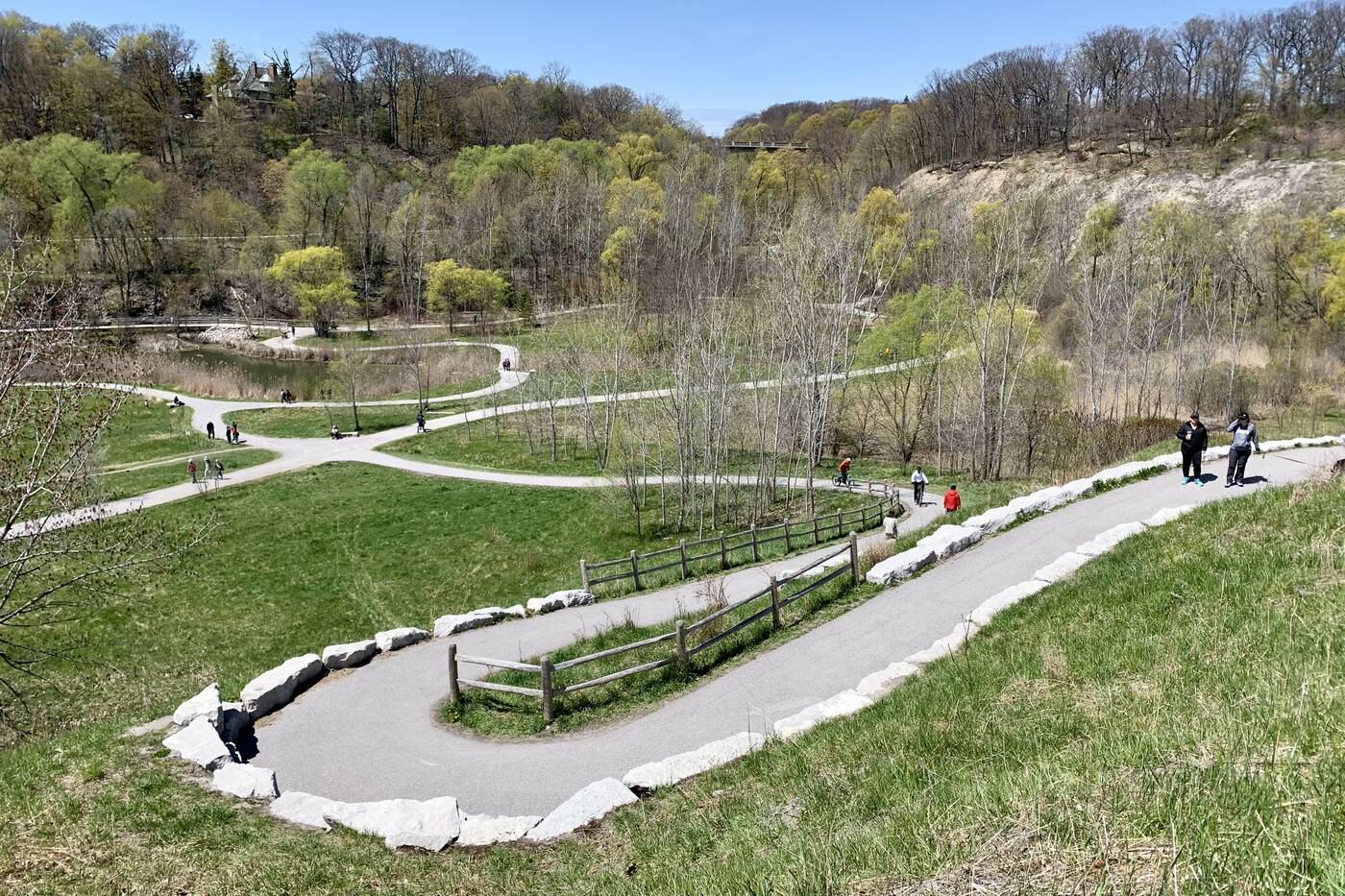 The winding trails bring you around the lush trees and wildflowers of the area.

It's best to stay on the official trails however since the train tracks are considered private property. 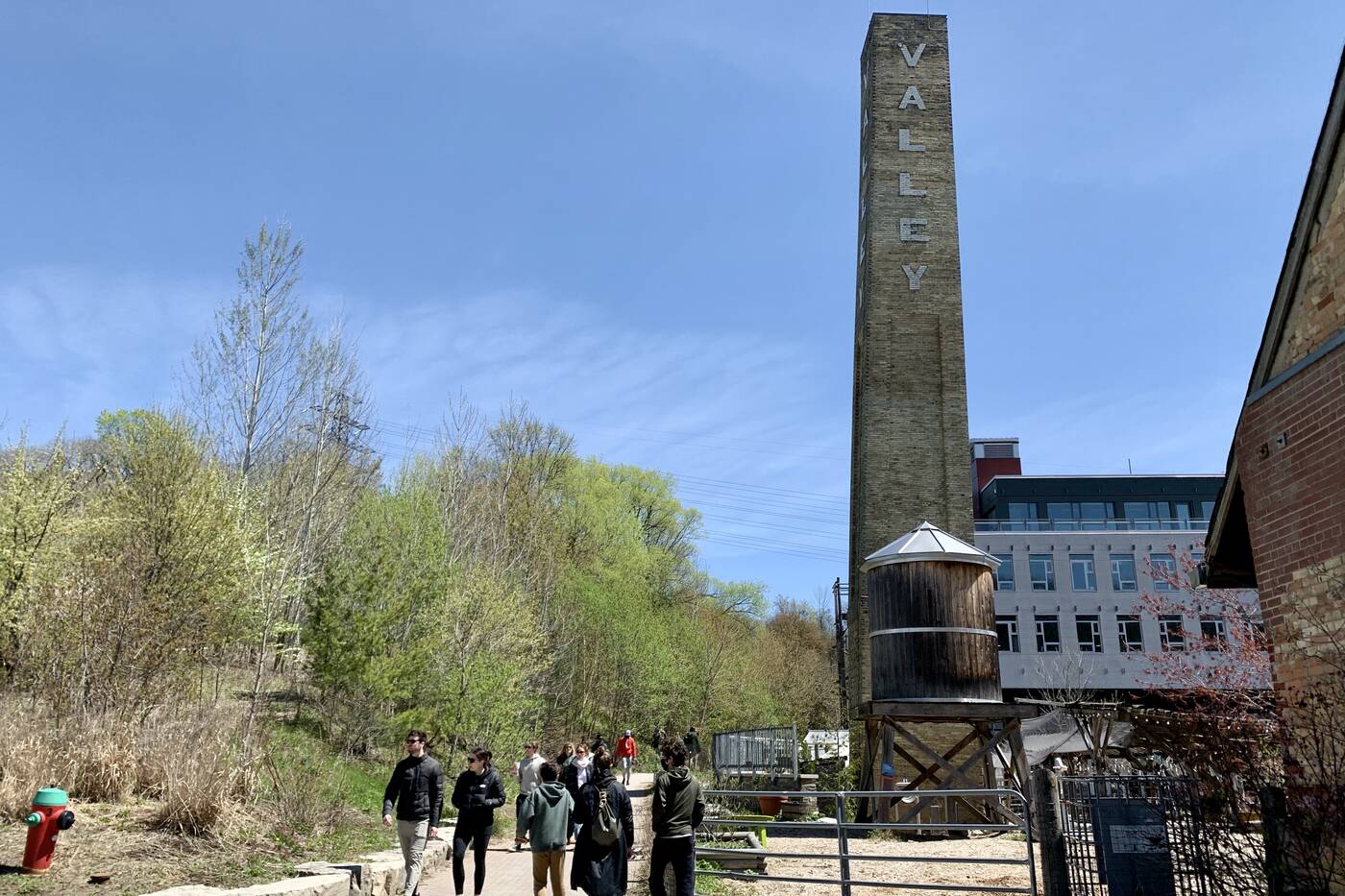 The factory that opened in 1889 provided bricks for major landmarks around the city.

Once you're finished exploring the area, consider venturing off to one of the other beautiful parks that you can connect to from here like Chorley Park, Beltline Trail, Moore Park Ravine, and of course, the Don River Valley Park. 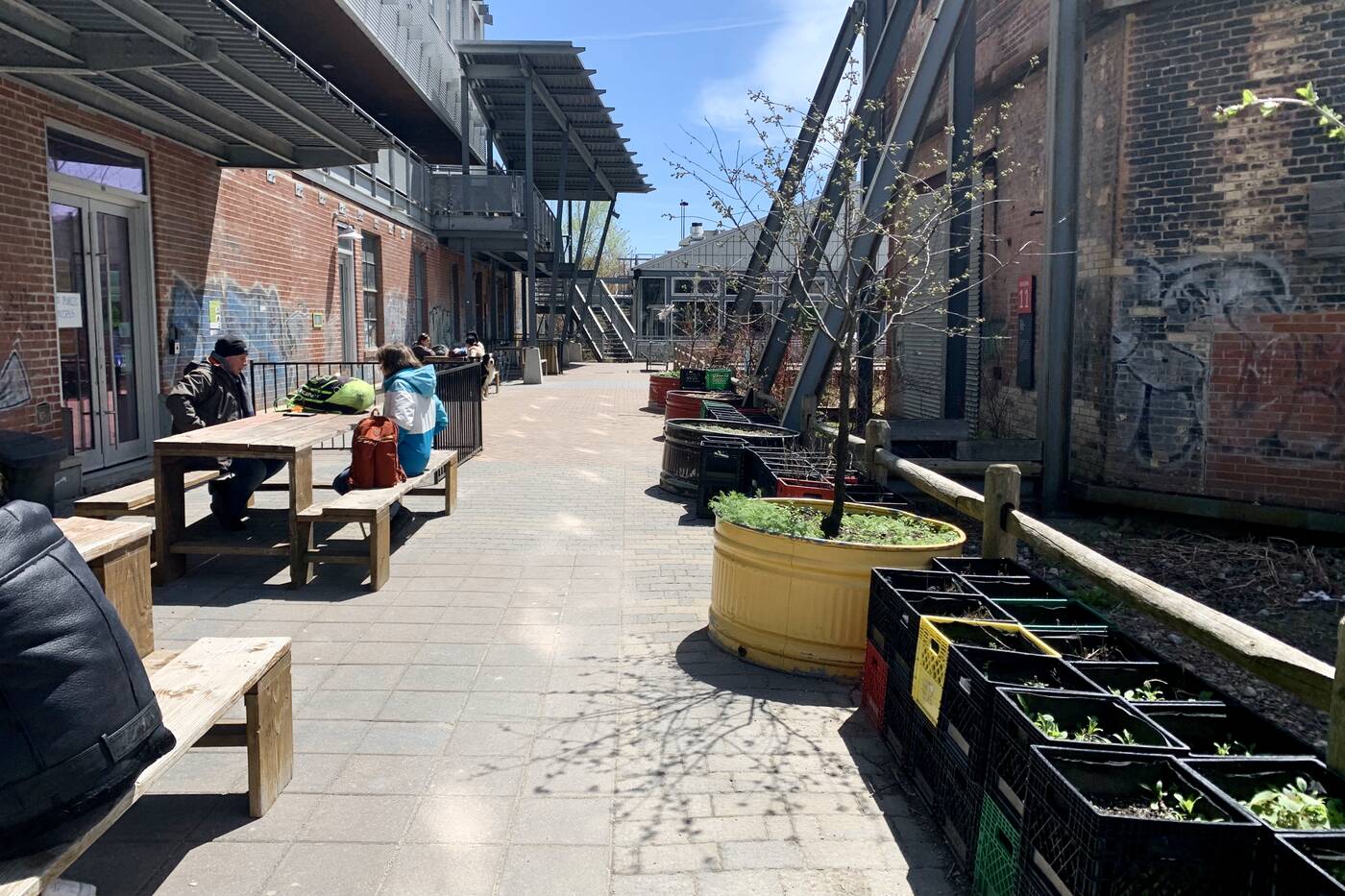 The Evergreen Brick Works used to be a clay quarry and brick-making factory. 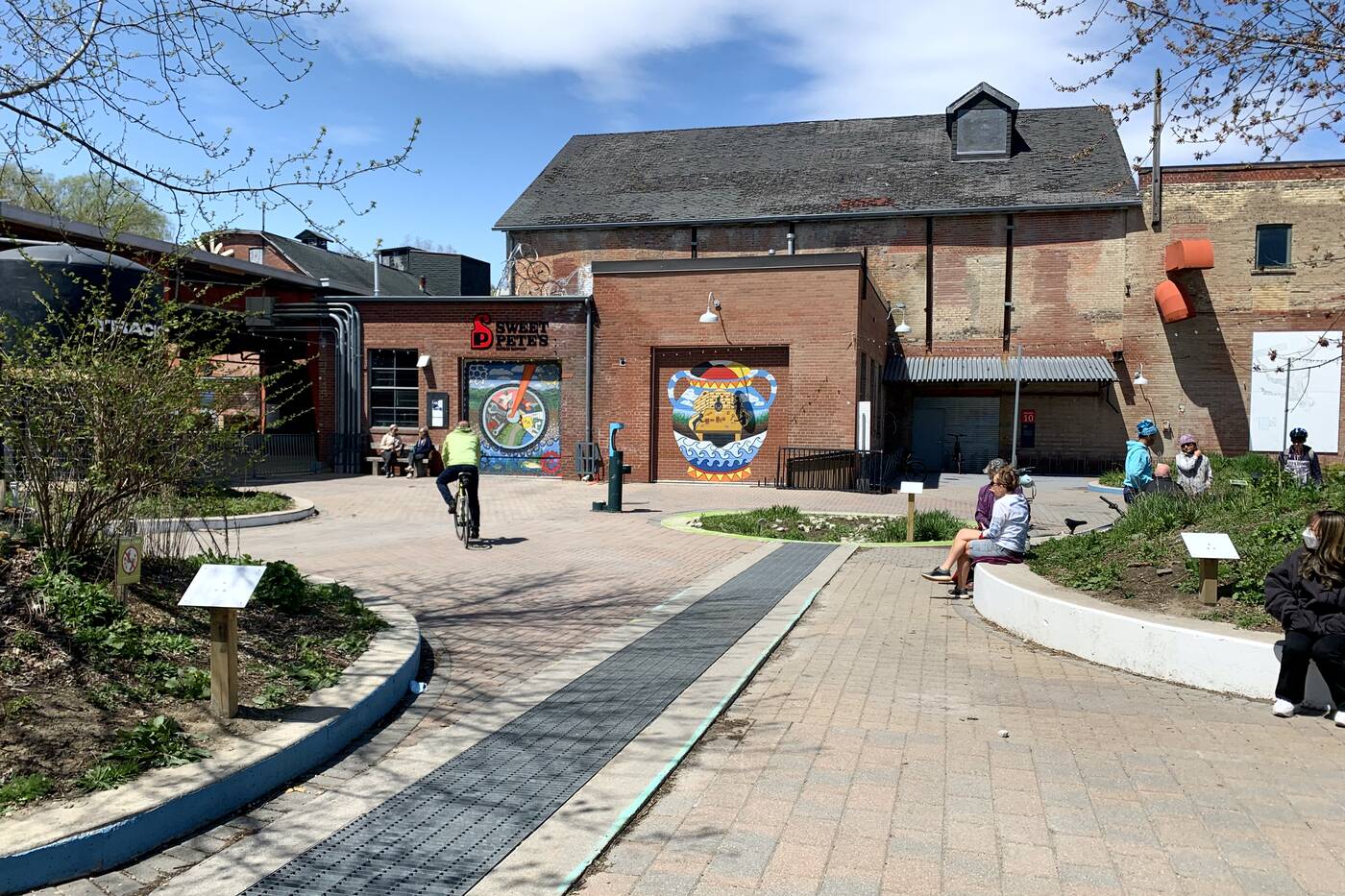