The colourful restaurant is inspired by the women of Mexico, says Chef Ivan Castro, who grew up in Mexico City and was taught how to cook by his mother and grandmother. 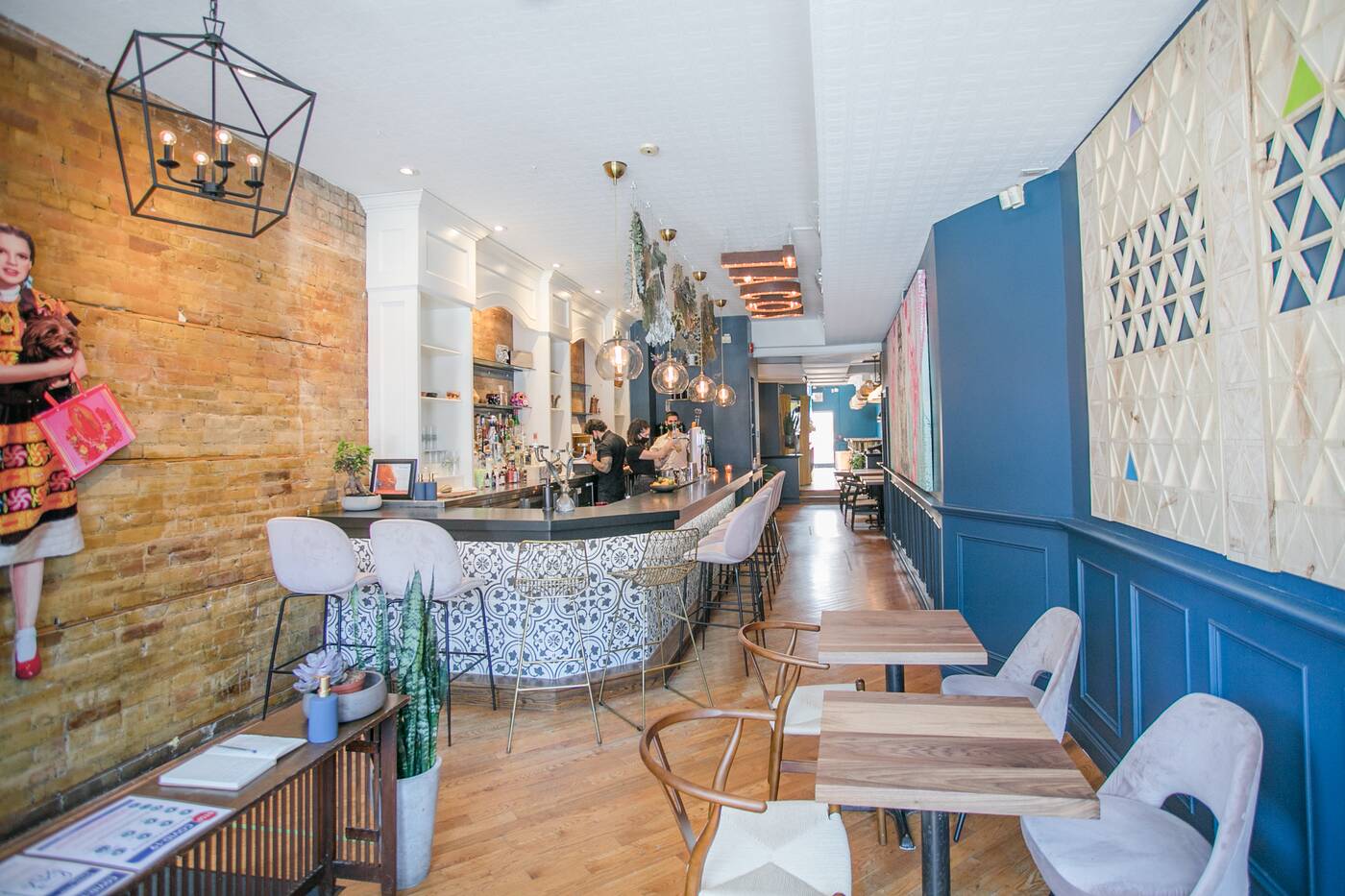 There's no mock meat served here: everything, from the tortillas made from non-GMO corn to the sauces, are housemade.

The idea behind the menu is keeping everything biodegradable and low-waste, with the comal as the heart and ingredients that could keep the spirit of Mexican cuisine as appealing to meat-eaters as they are to vegheads. 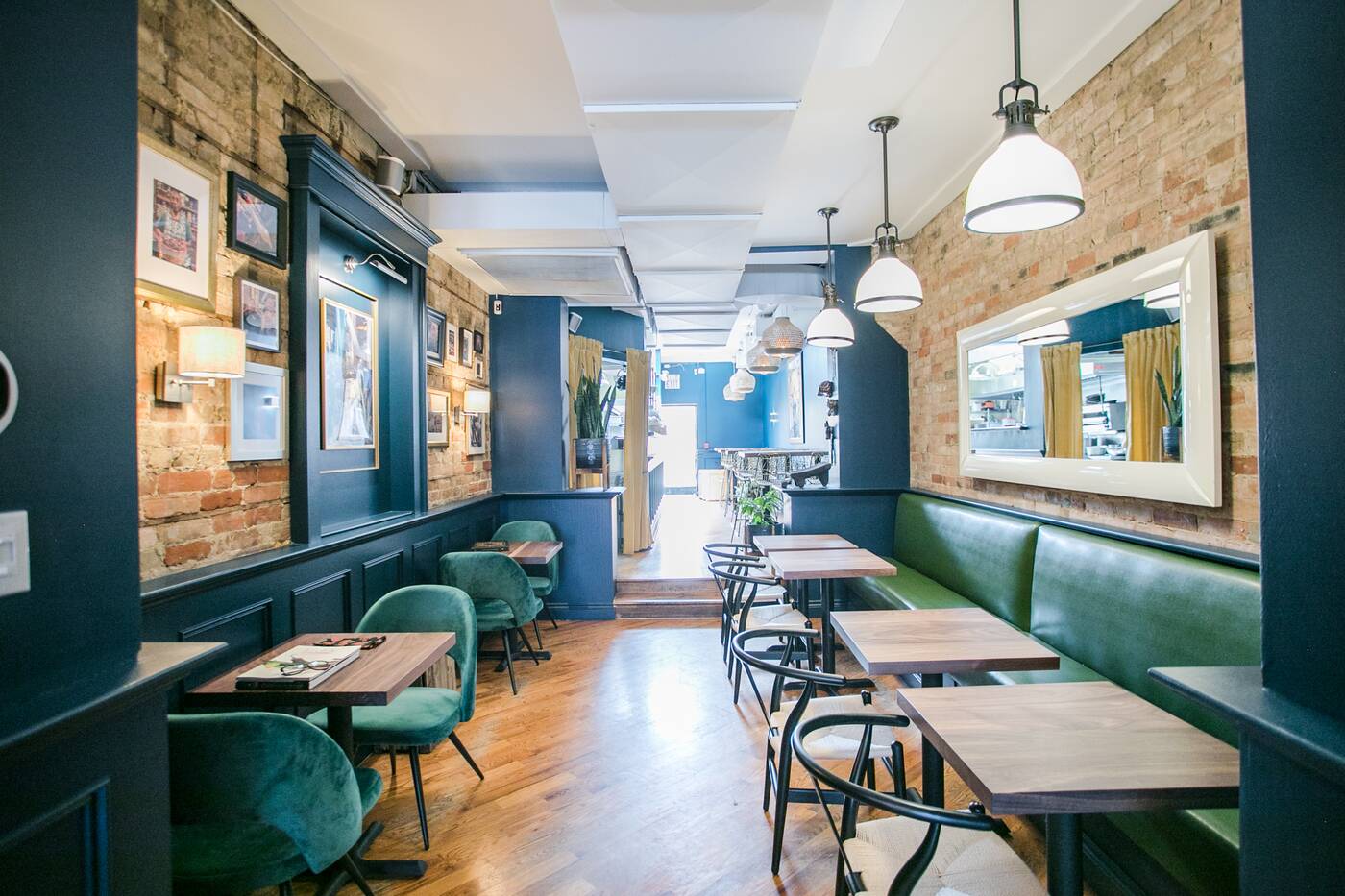 Past the mural of Judy Garland wearing a traditional Mexican dress by artist Efedefroy, and the stone metate that belonged to Castro's grandmother, there's a wall of photos taken of the farmers and producers from whom the restaurant sources ingredients like peppers and herbs. 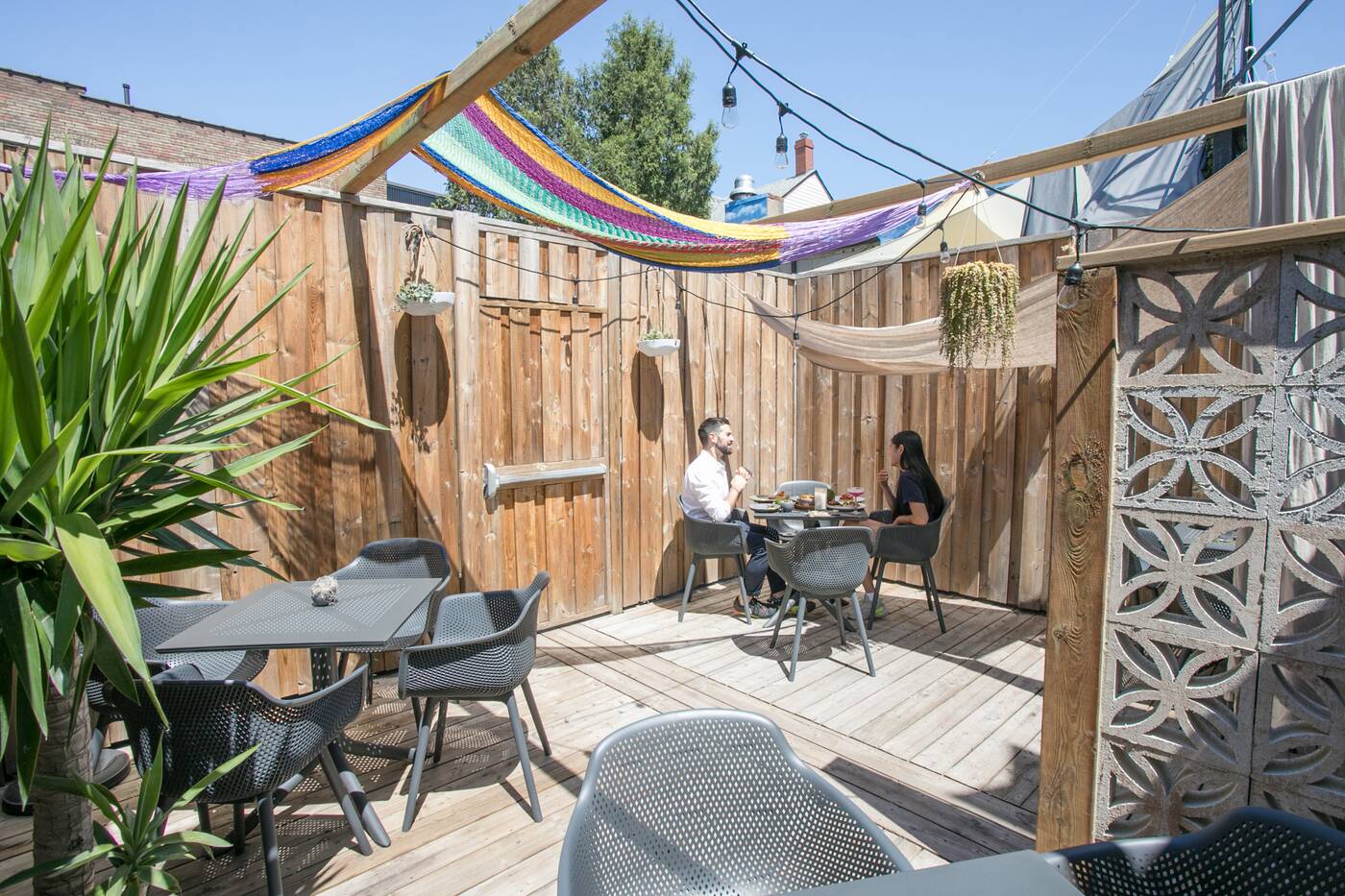 In the back, a beautiful hidden patio designed after outdoor seating areas in Oaxaca have a number of design elements that are perfect for summer sunning. 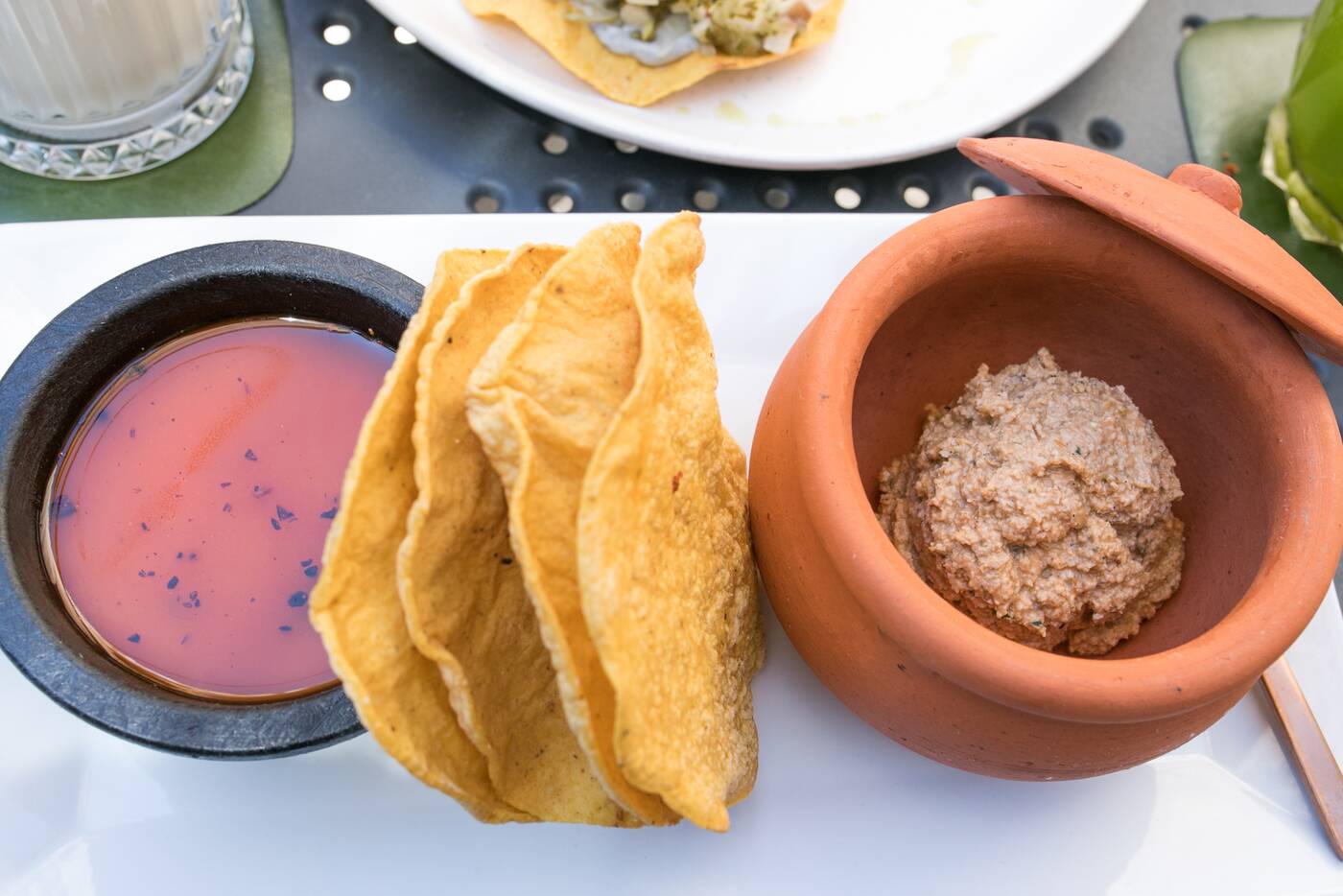 An incredible starter called Sikil Pak ($10), a traditional Mayan toasted pumpkin seed dip, is a great introduction to the restaurant. 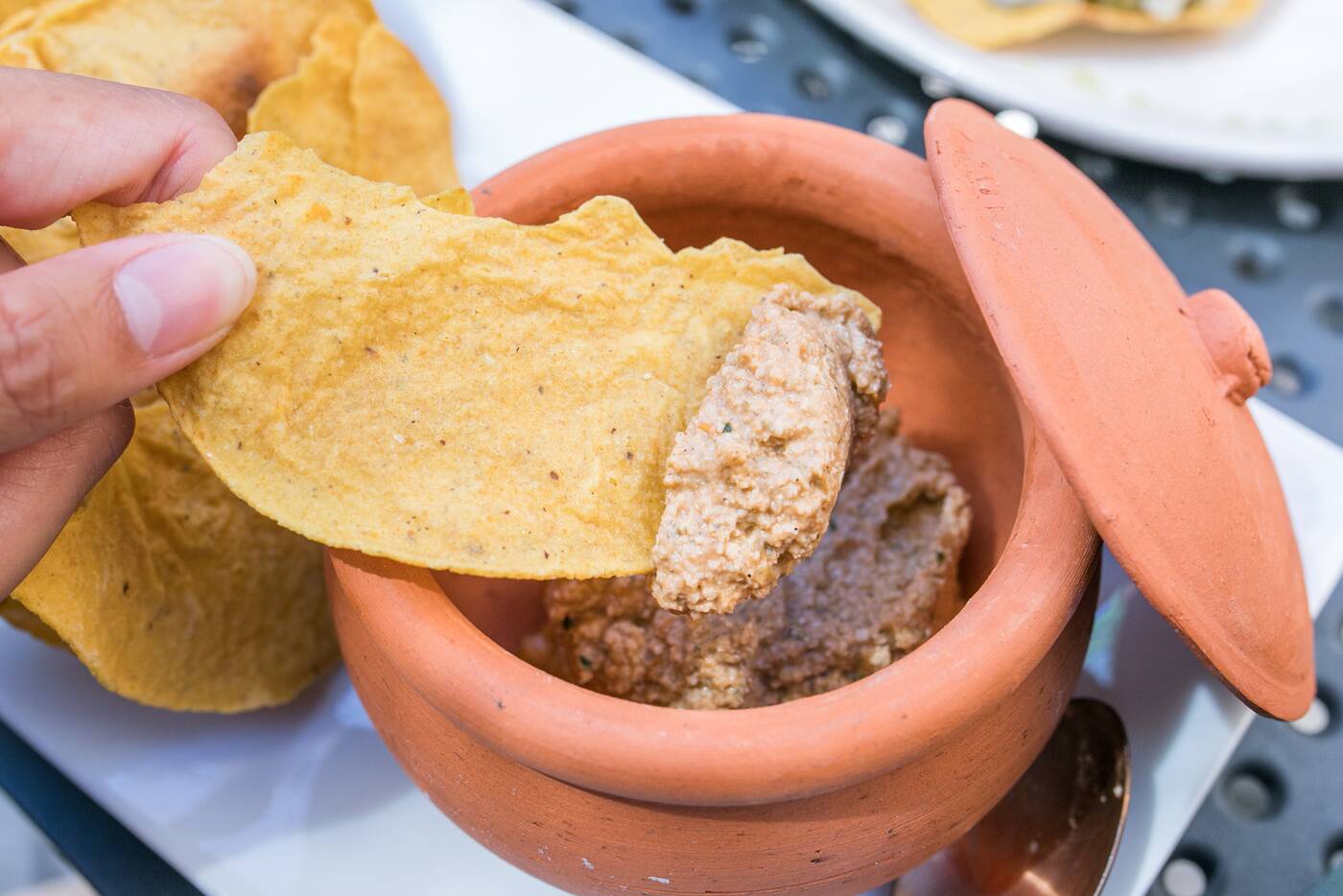 It's a dish served with sesame tortilla chips that's served with Salsa Macha: Bartola's signature nutty morita and tuxta pepper sauce. It's not spicy at all, but does have a great smoky flavour from the charred habanero. 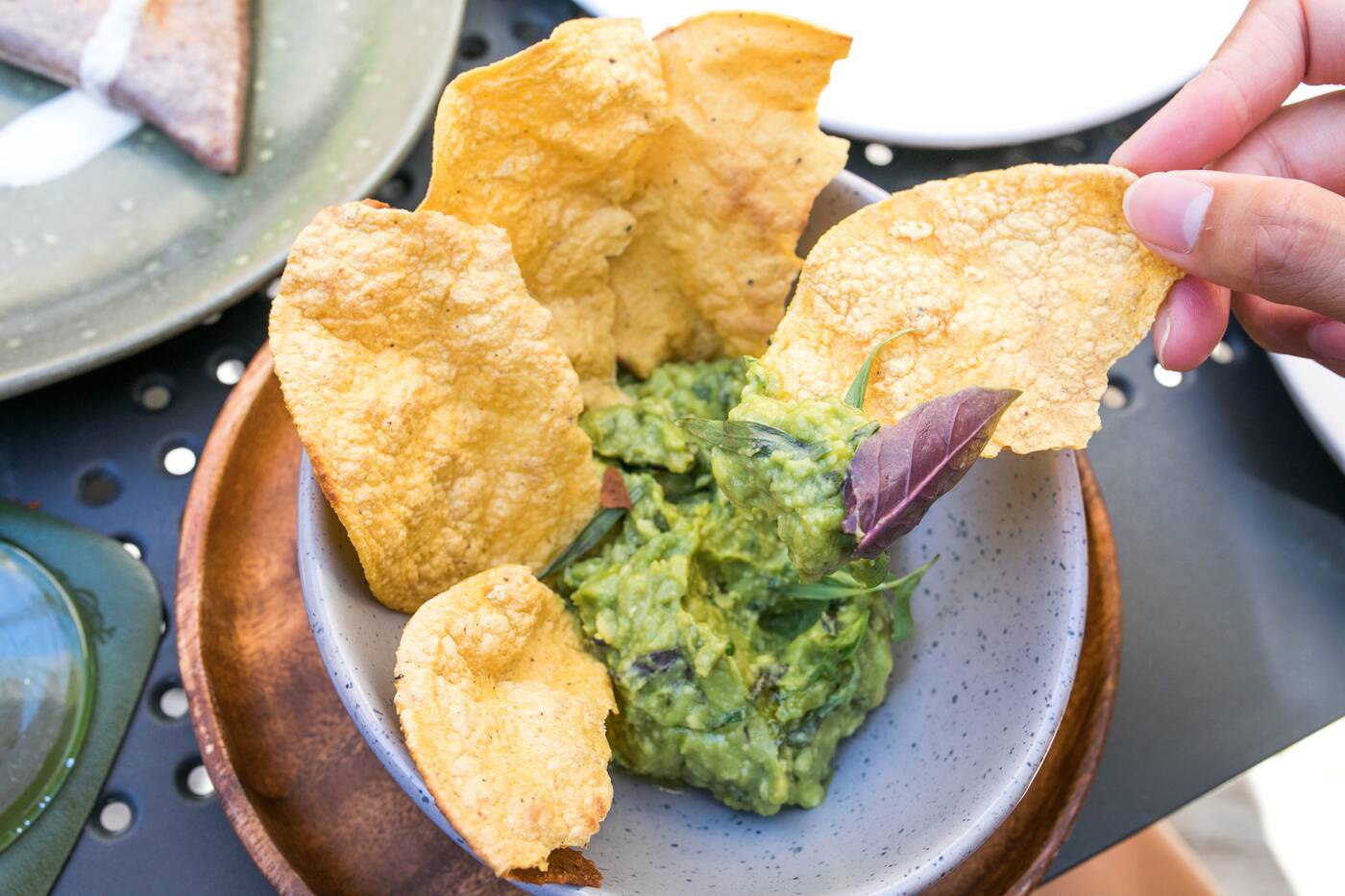 Guacamole ($13) is served with poblano tostadas made in house. It's a much herbier than any other guac I've tried, with tarragon, basil, and mint. 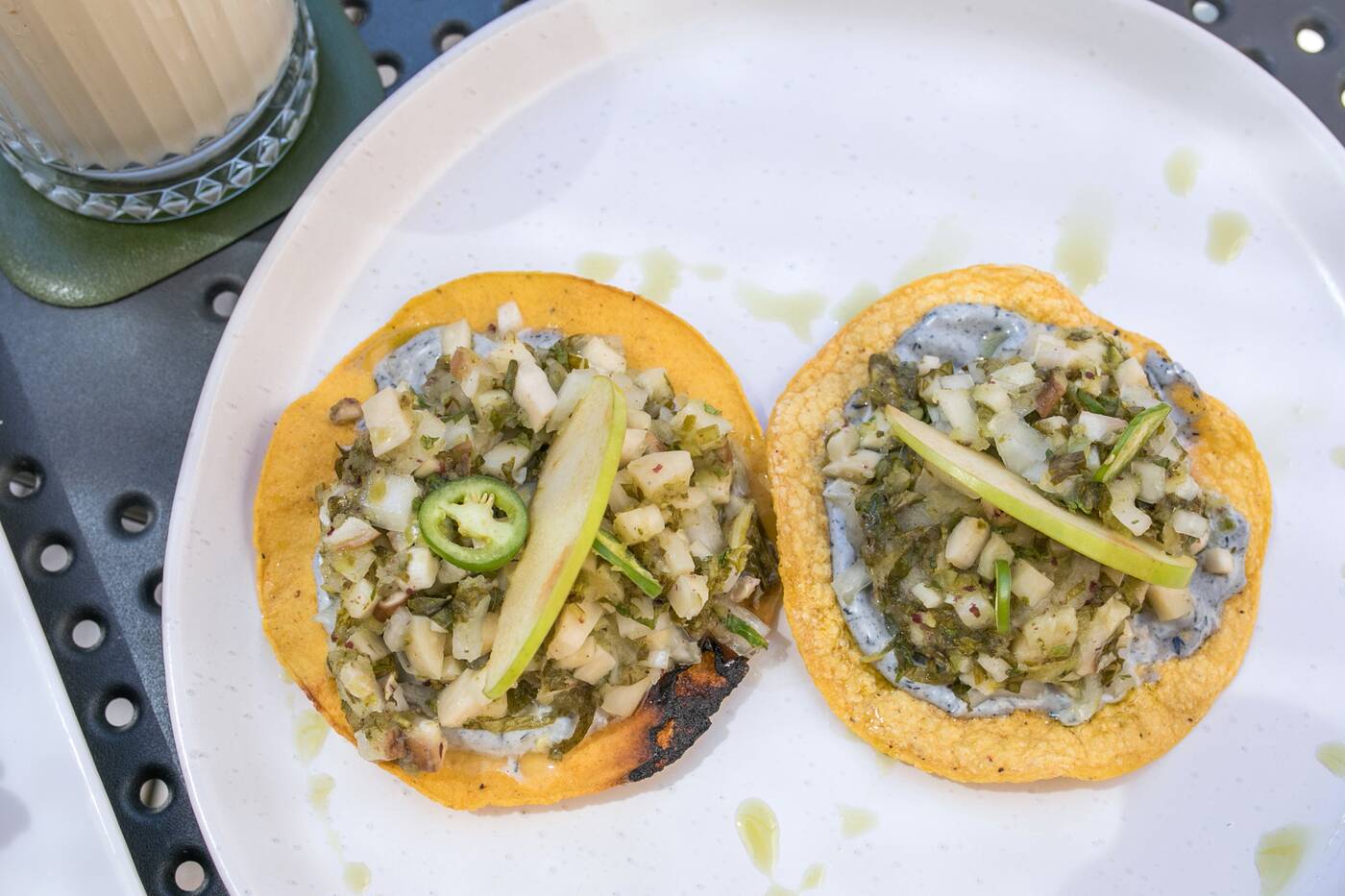 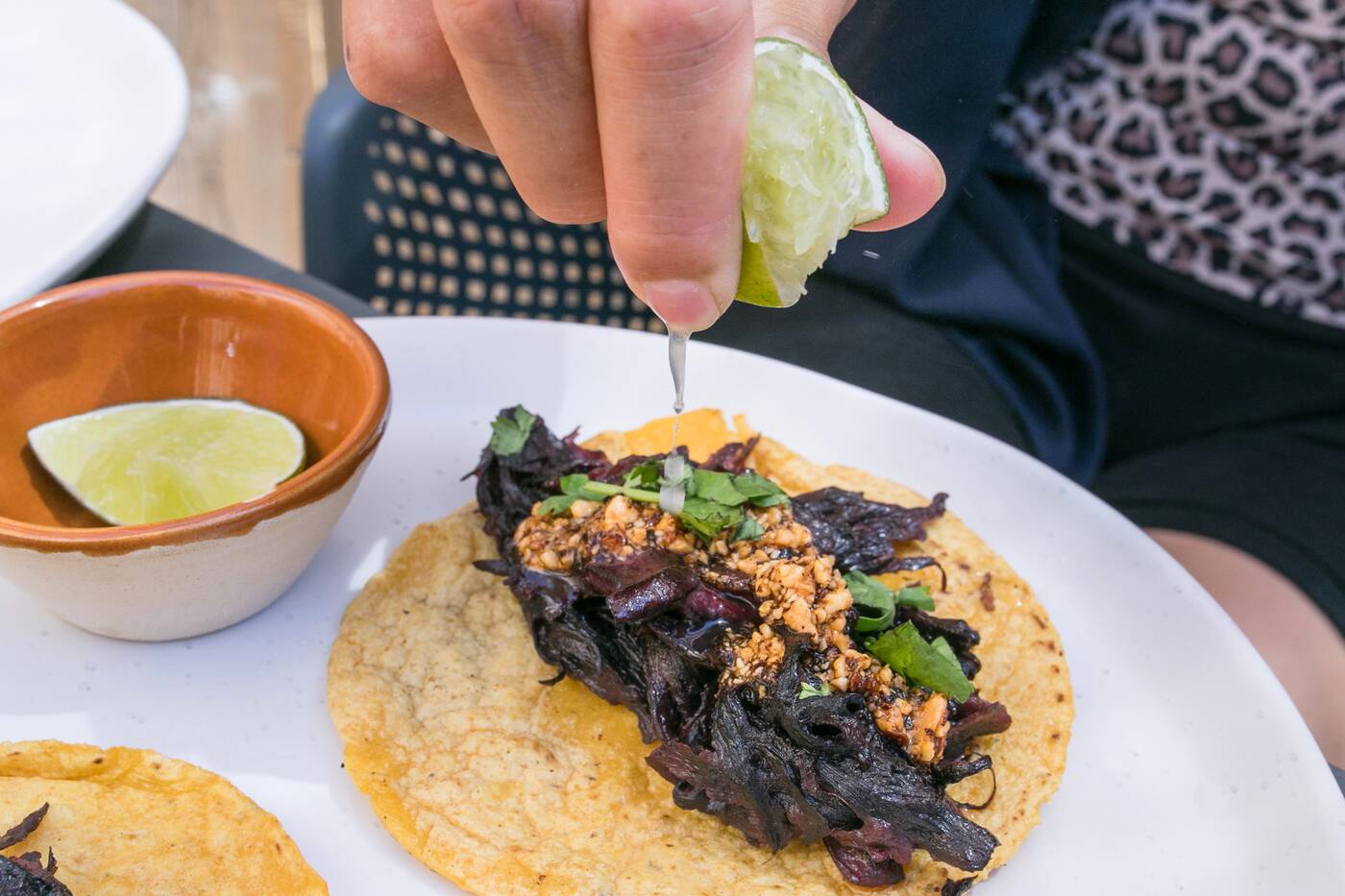 Tacos topped with braised hibiscus flowers ($13) is a highlight of the menu.

Rather than the tangy flavour you might be more used to from hibiscus juice, these flowers are meaty, served with wild mushrooms, caramelized onions and Salsa Macha. 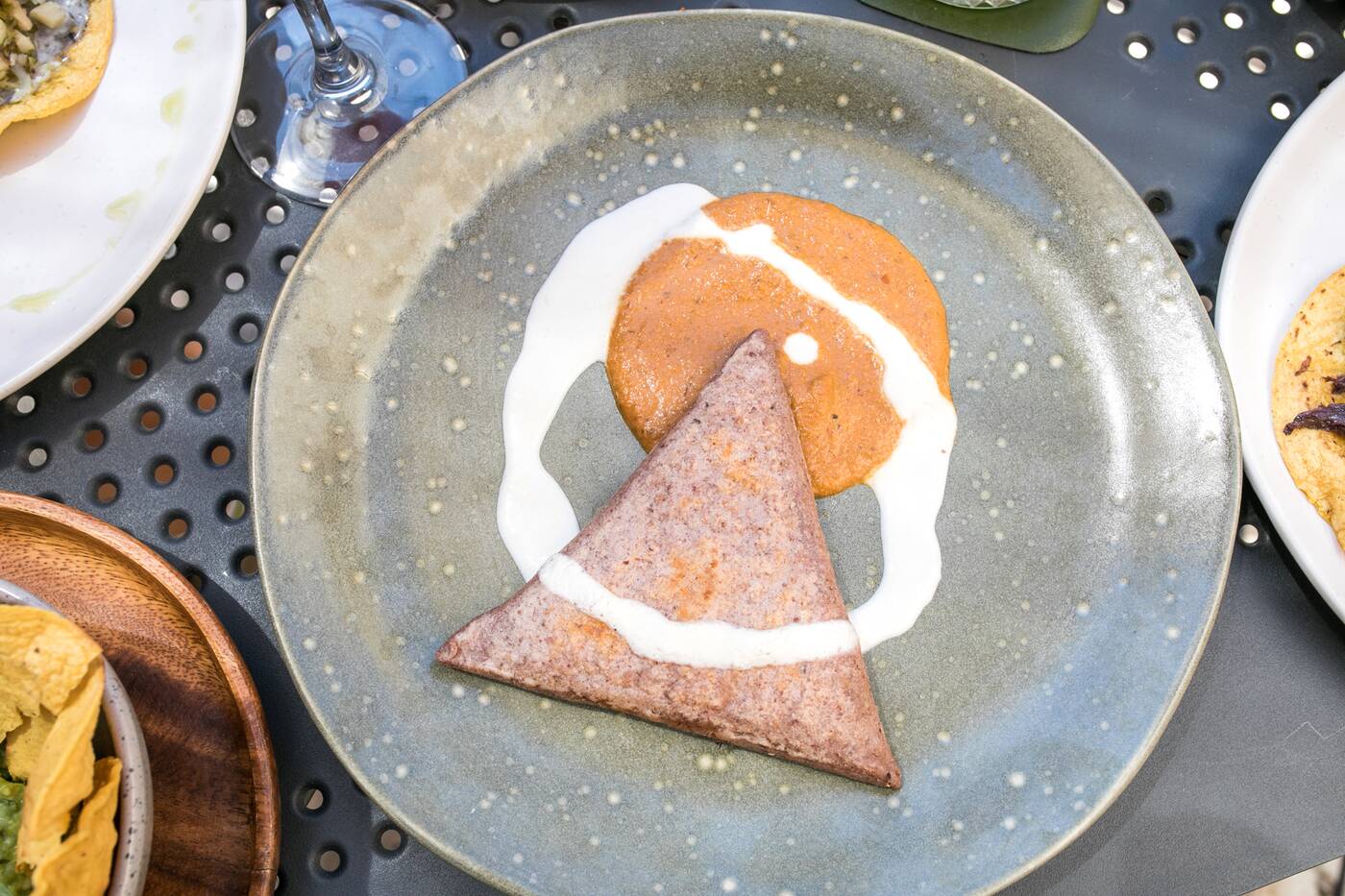 The triangle-shaped tetela made from pink corn masa is filled with refried bayo beans and served with a pasilla pepper and sunflower sauce. 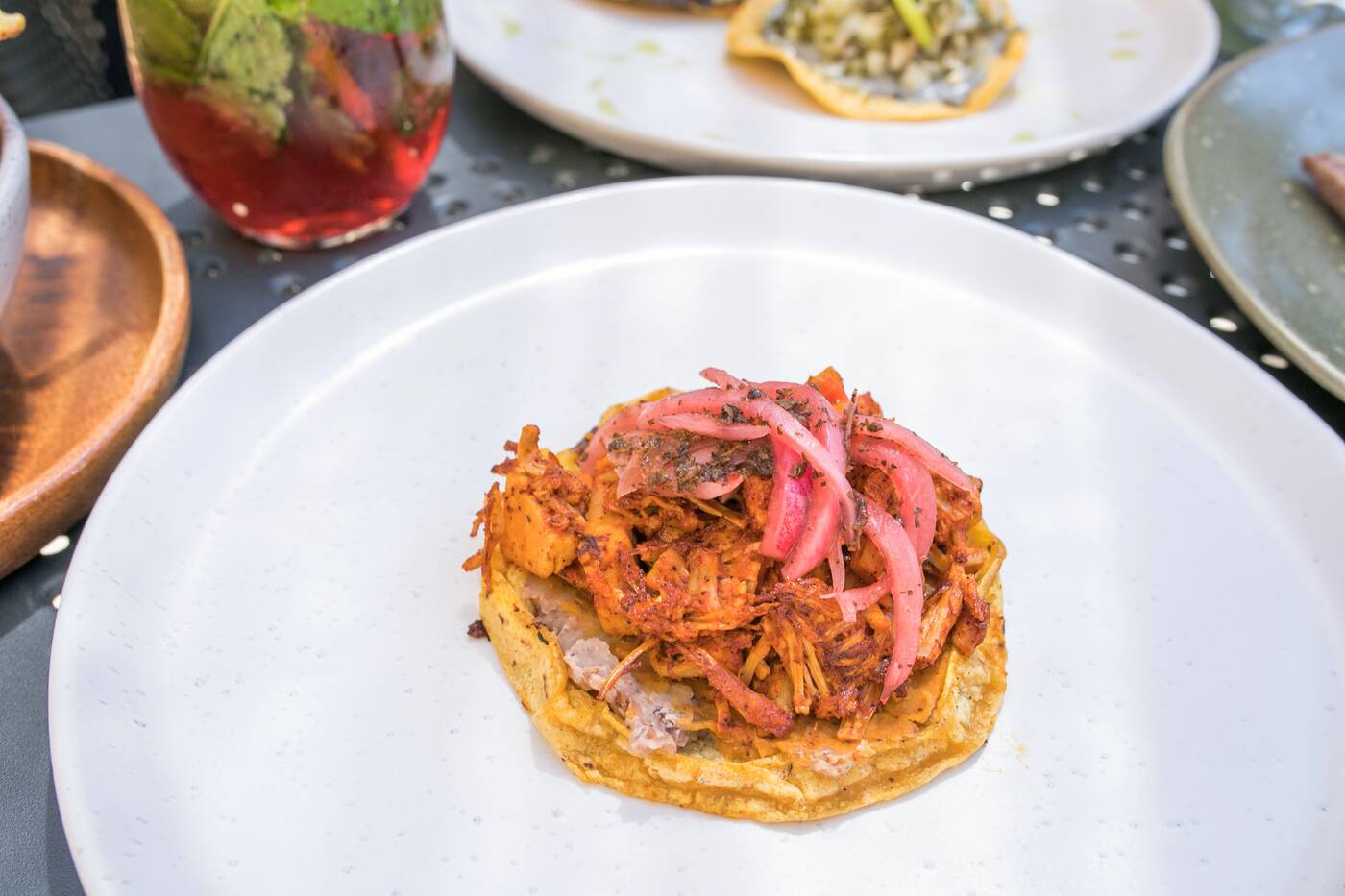 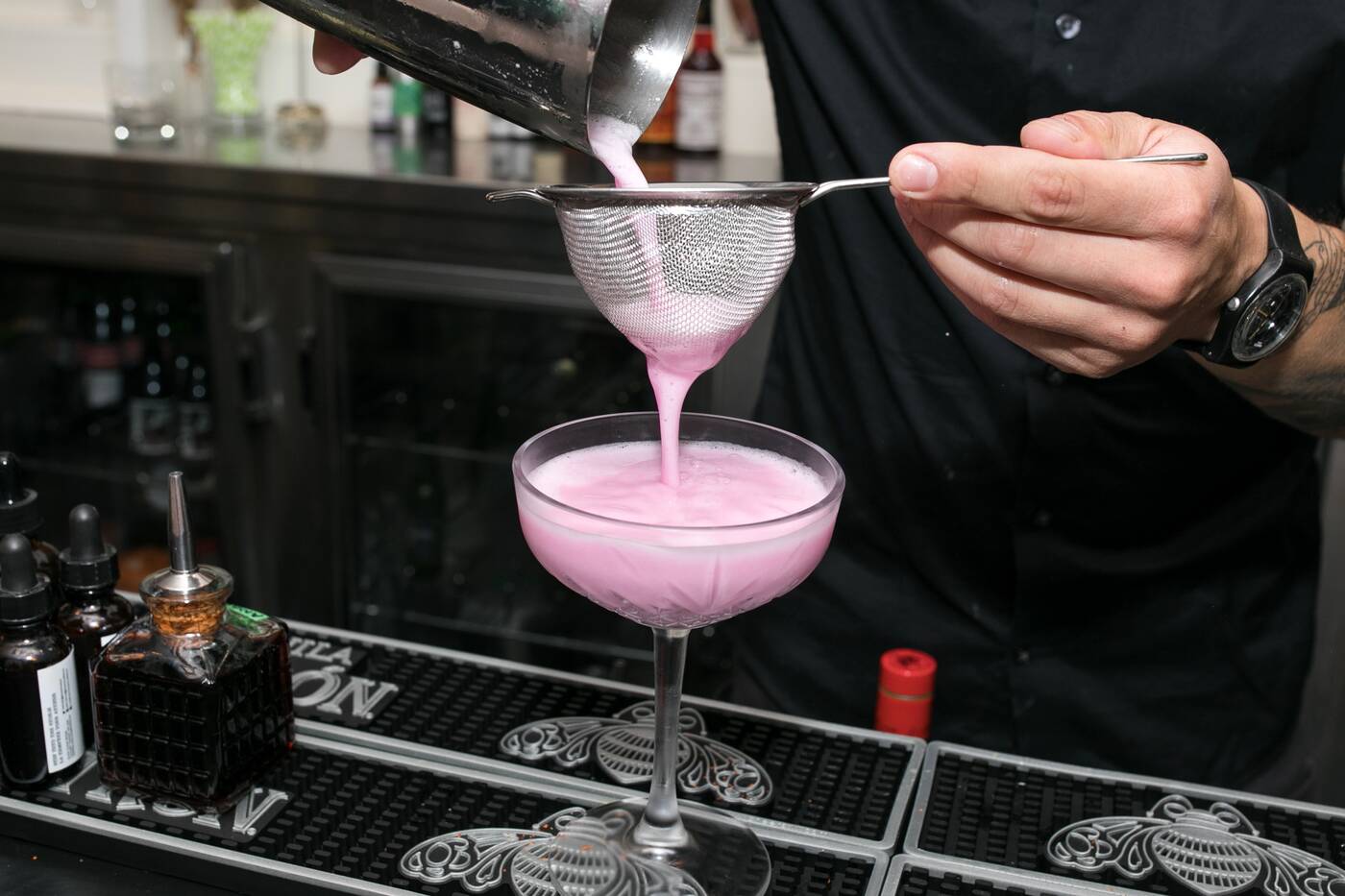 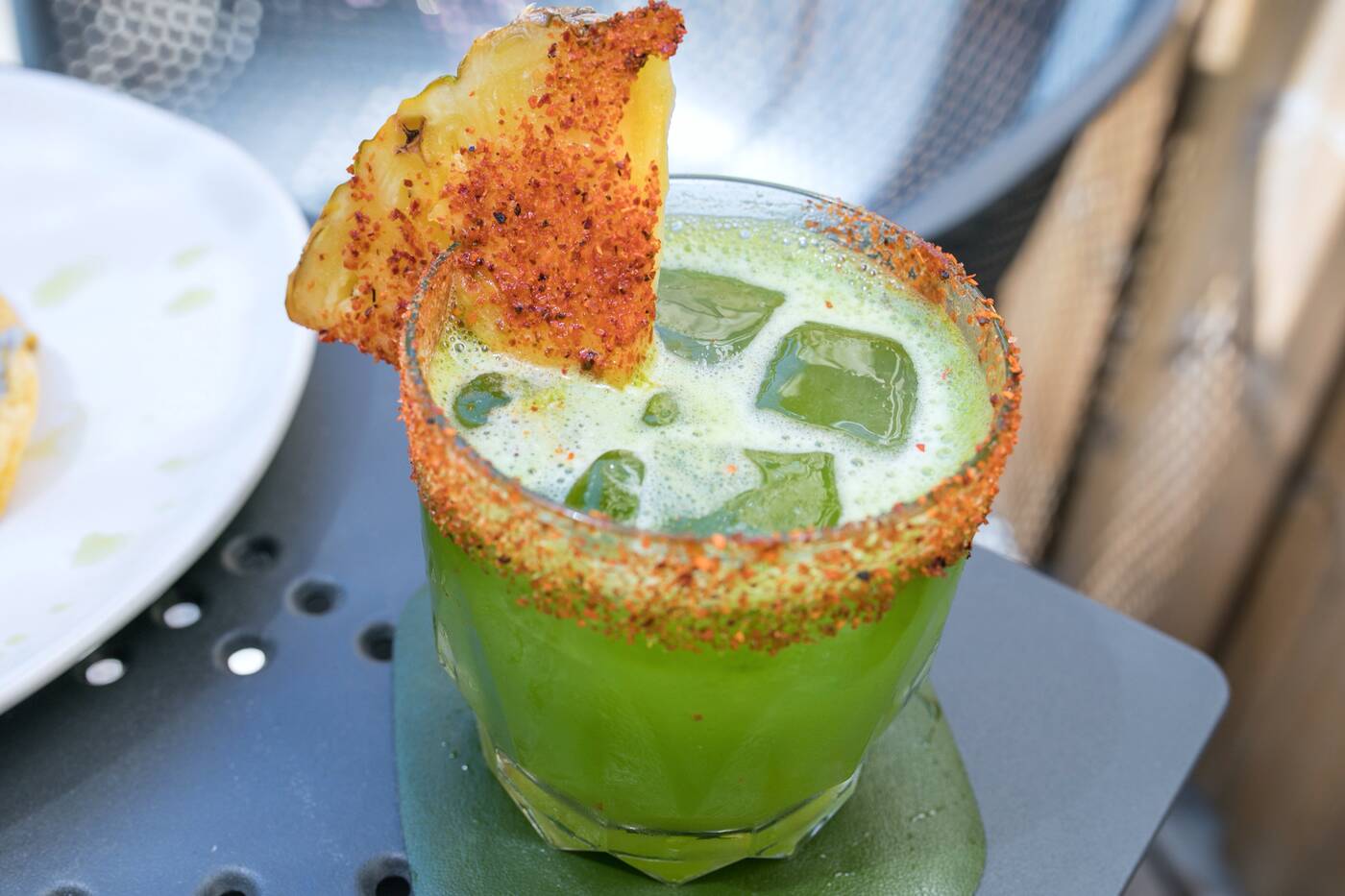 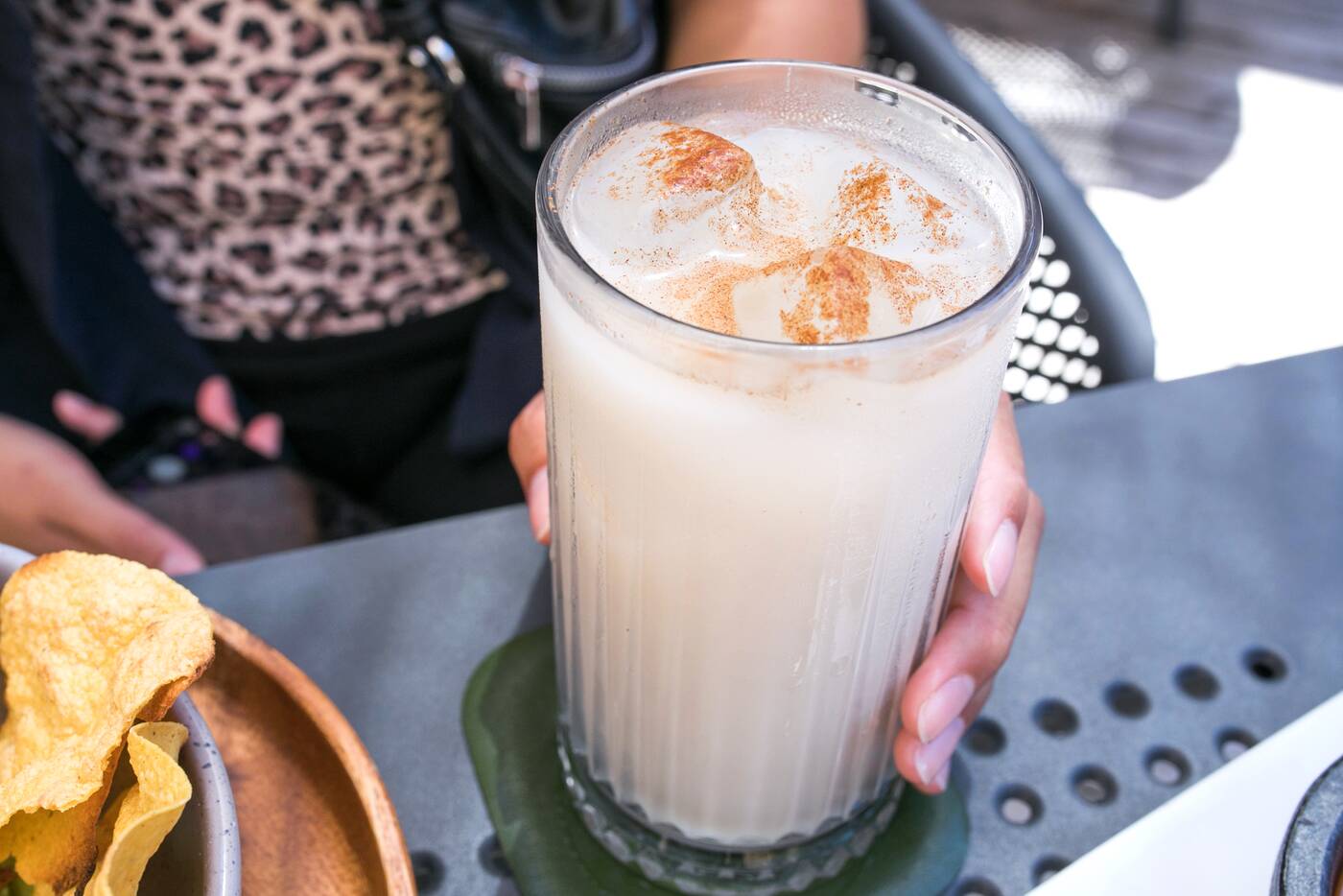 For something alcohol-free, there's the traditional Mexican sweet, Agua de Horchata, for $5.50. 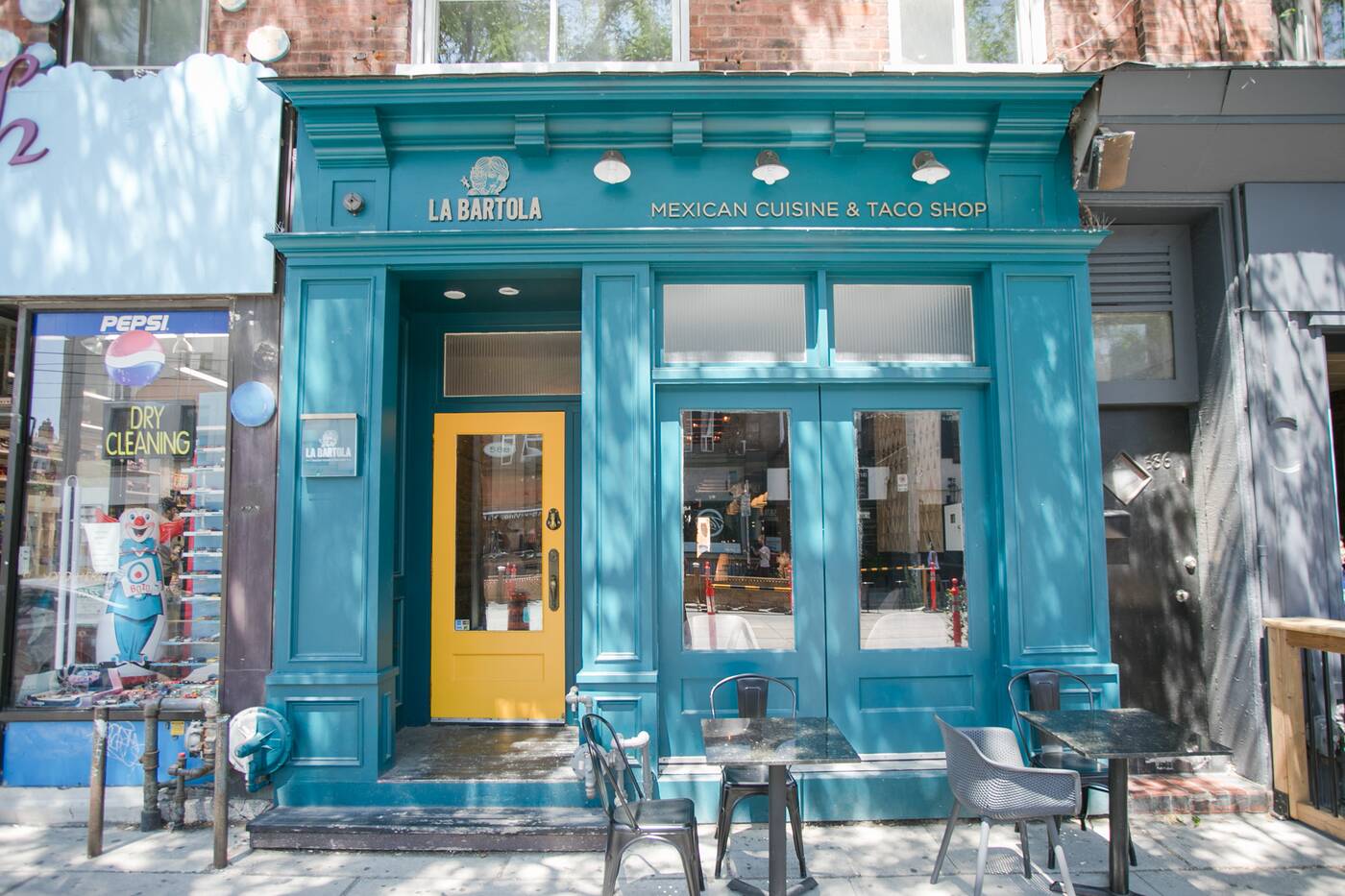