Puerto Bravo serves tacos featuring seafood like octopus and shrimp as well as other Latin American dishes and desserts.

This spot brings something new to Toronto's neighbourhood with the highest concentration of Indian restaurants, evocative of the port cities of Mexico like Tampico, the owners' hometown. 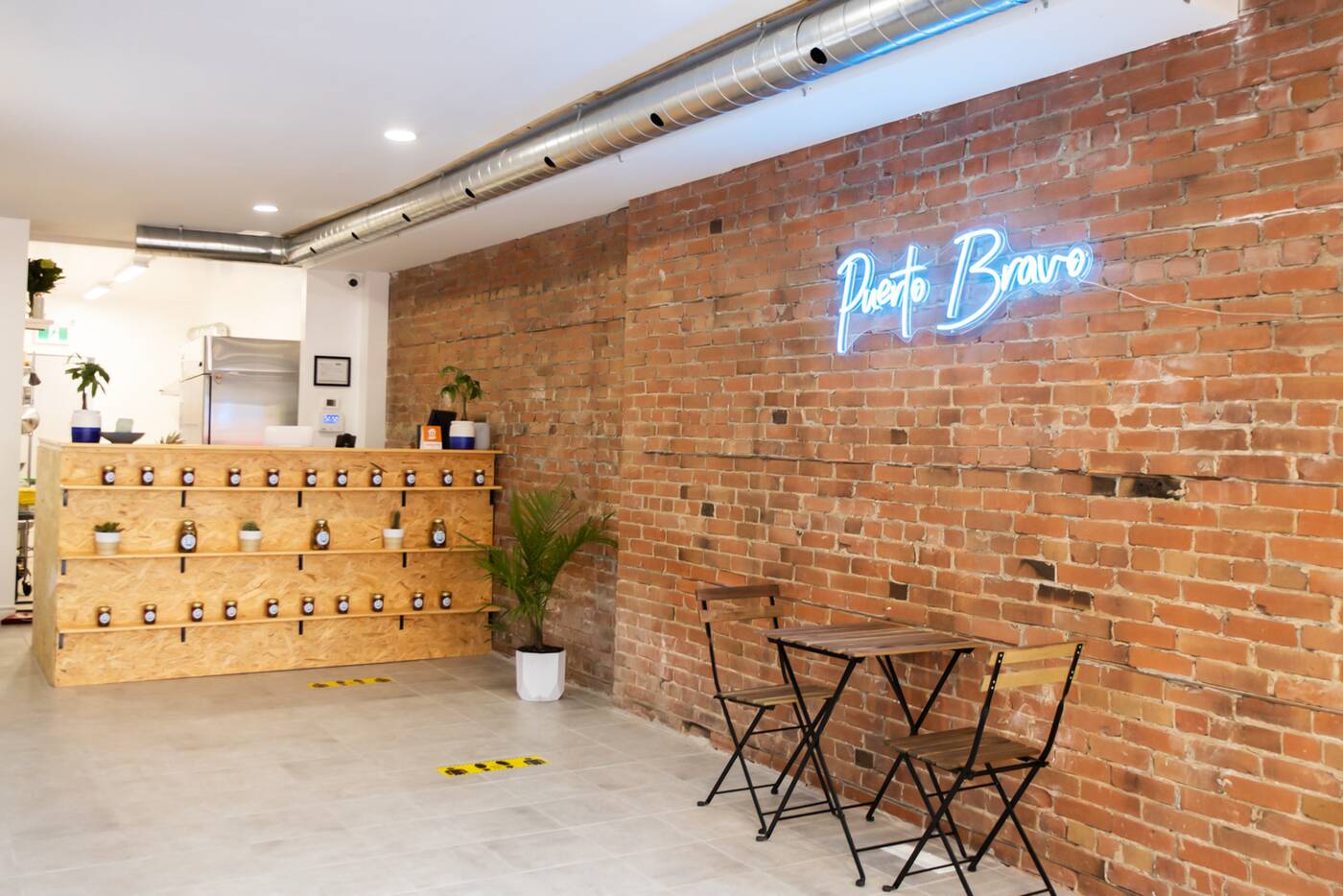 Set along the northern bank of the Pánuco River, that's where one of the most important ports in Mexico is located, hence the first half of the restaurant name. The other half takes after the soccer team of the city, Jaiba Brava. 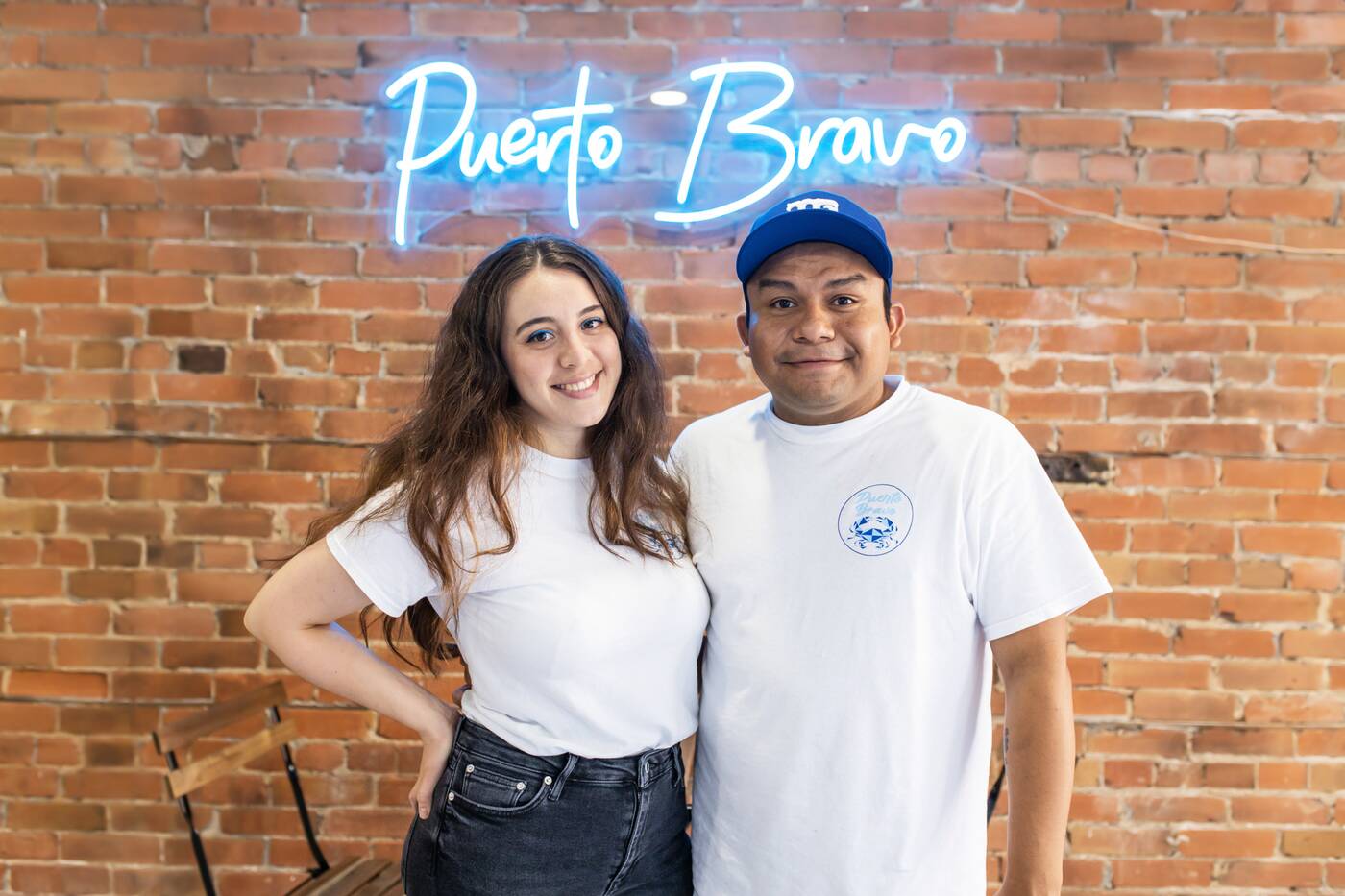 For Luis Bautista and partner Viridiana Cano, Mexican food has always been synonymous with seafood having both grown up in a place with the sea as its main focus.

Bautista's parents opened their own seafood restaurant in 1992 and he opened the second location years later in Tampico before moving to Toronto. Previously at Pearl Diver, he's still the head chef at Chúuk, which serves modern Mexican dishes in Pickering. 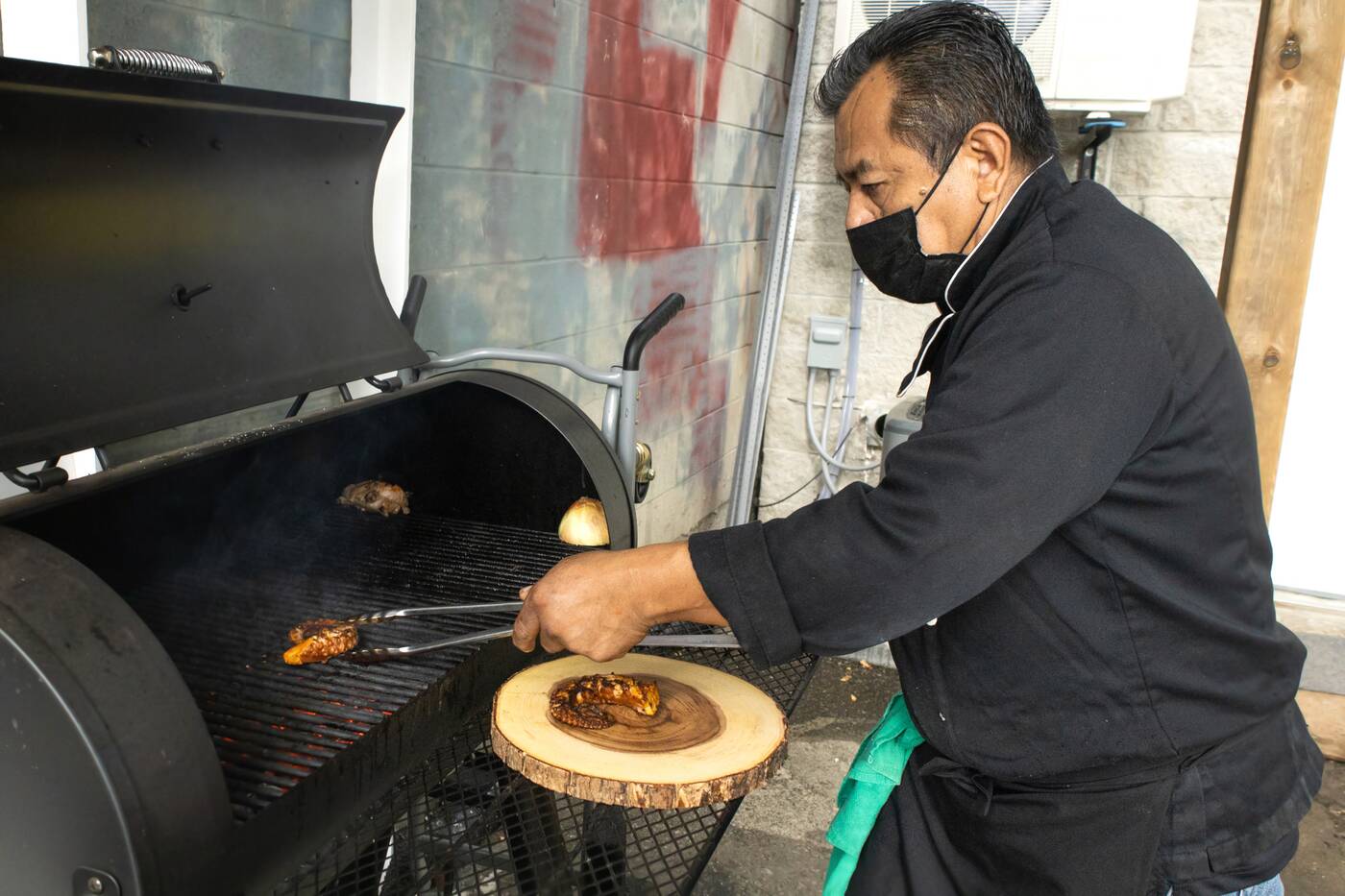 Though Cano studied psychology back in Mexico, she also became interested in cooking while at Bloom on Bloor West, working her way up from dishwasher to head chef. Both of them can usually be found in the kitchen at Puerto Bravo.

And if not them, it could be Bautista's father visiting from Tampico. 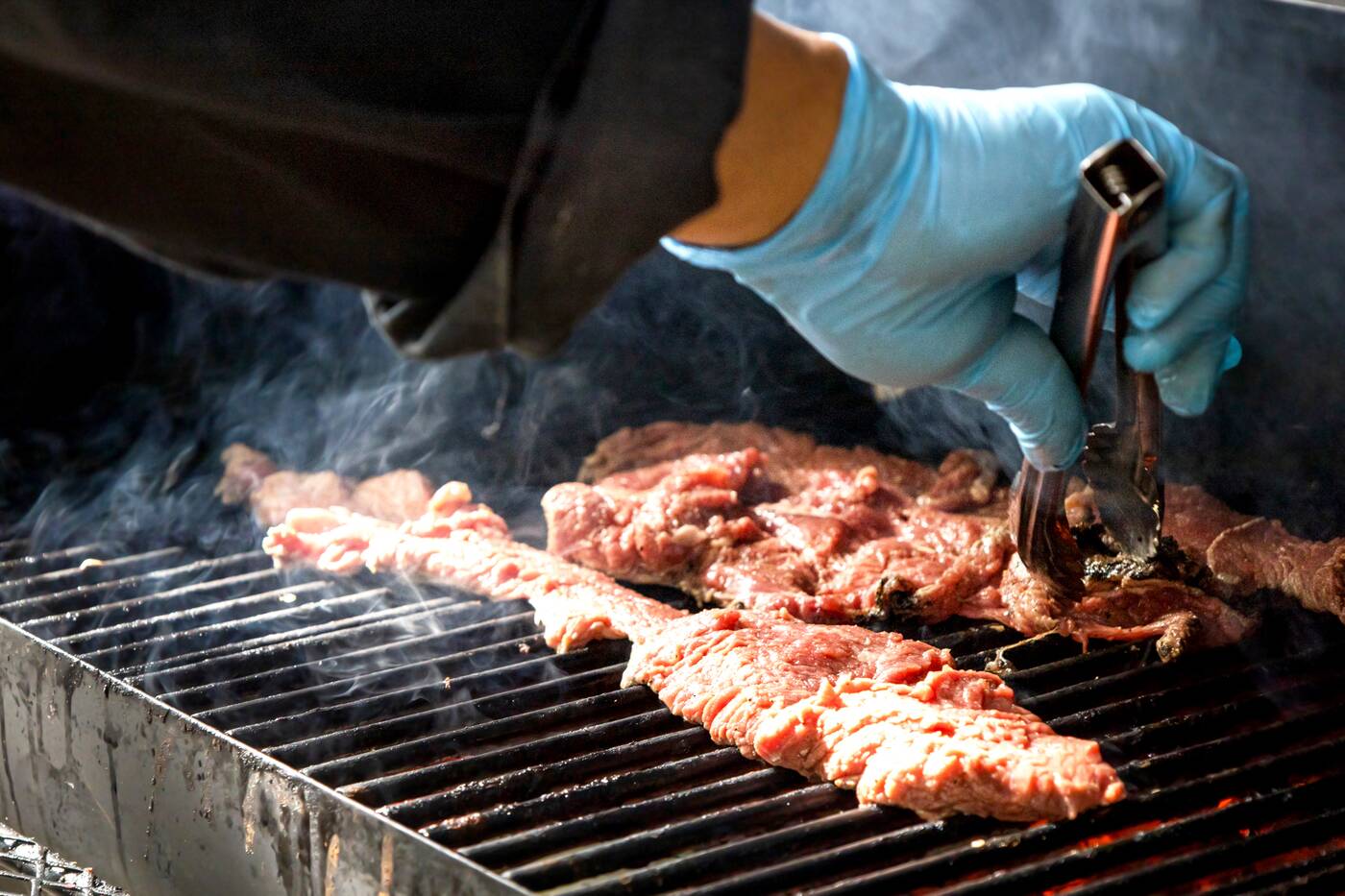 The beef for the carne asada taco and octopus for the pulpo al carbon are both freshly grilled per order on a barbecue out back. 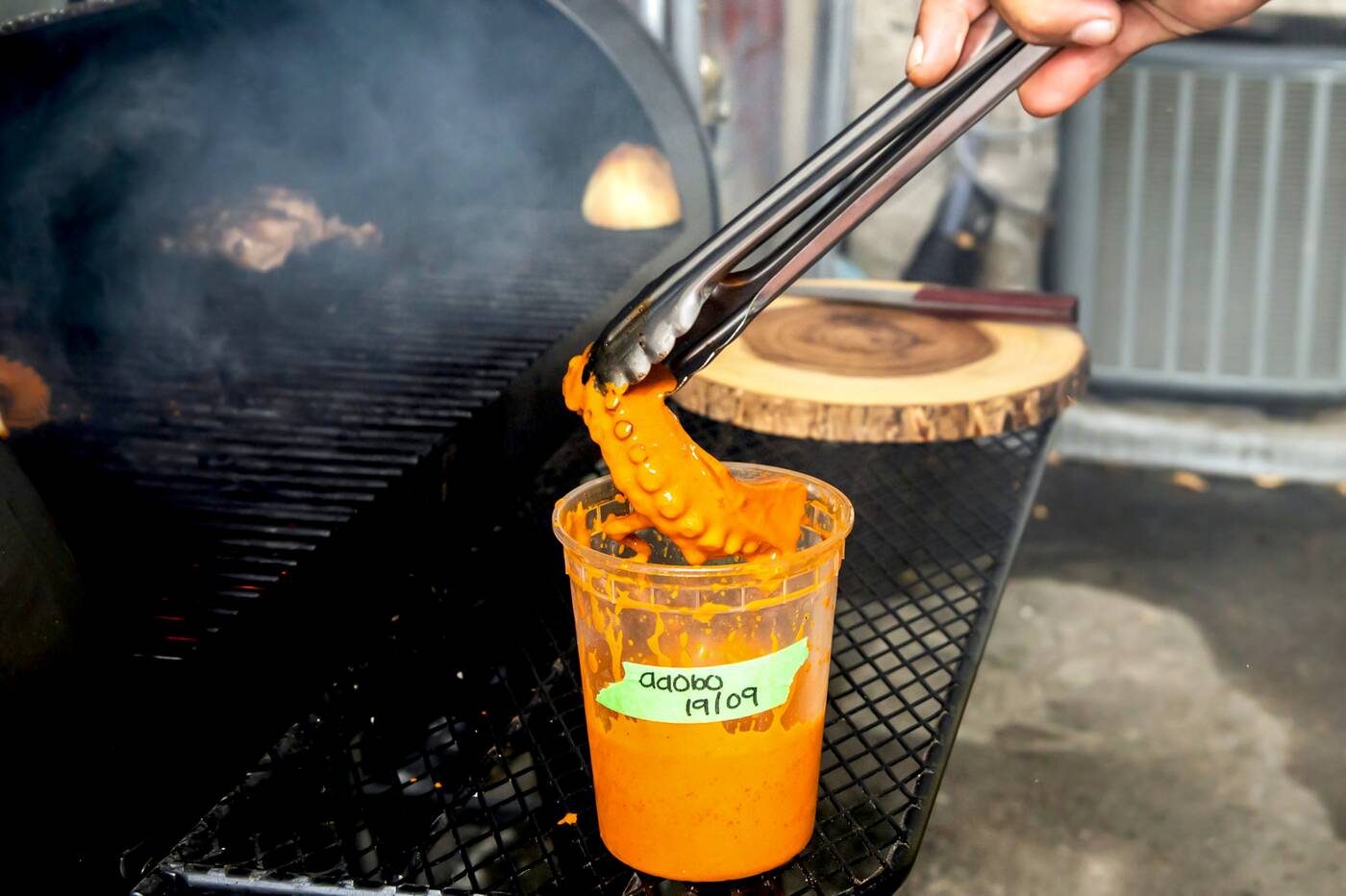 The octopus is marinated in adobo salsa. The ingredients of the salsa change depending on what region it is coming from in Mexico. Here, it comes on the milder side with chilies, onion and garlic. 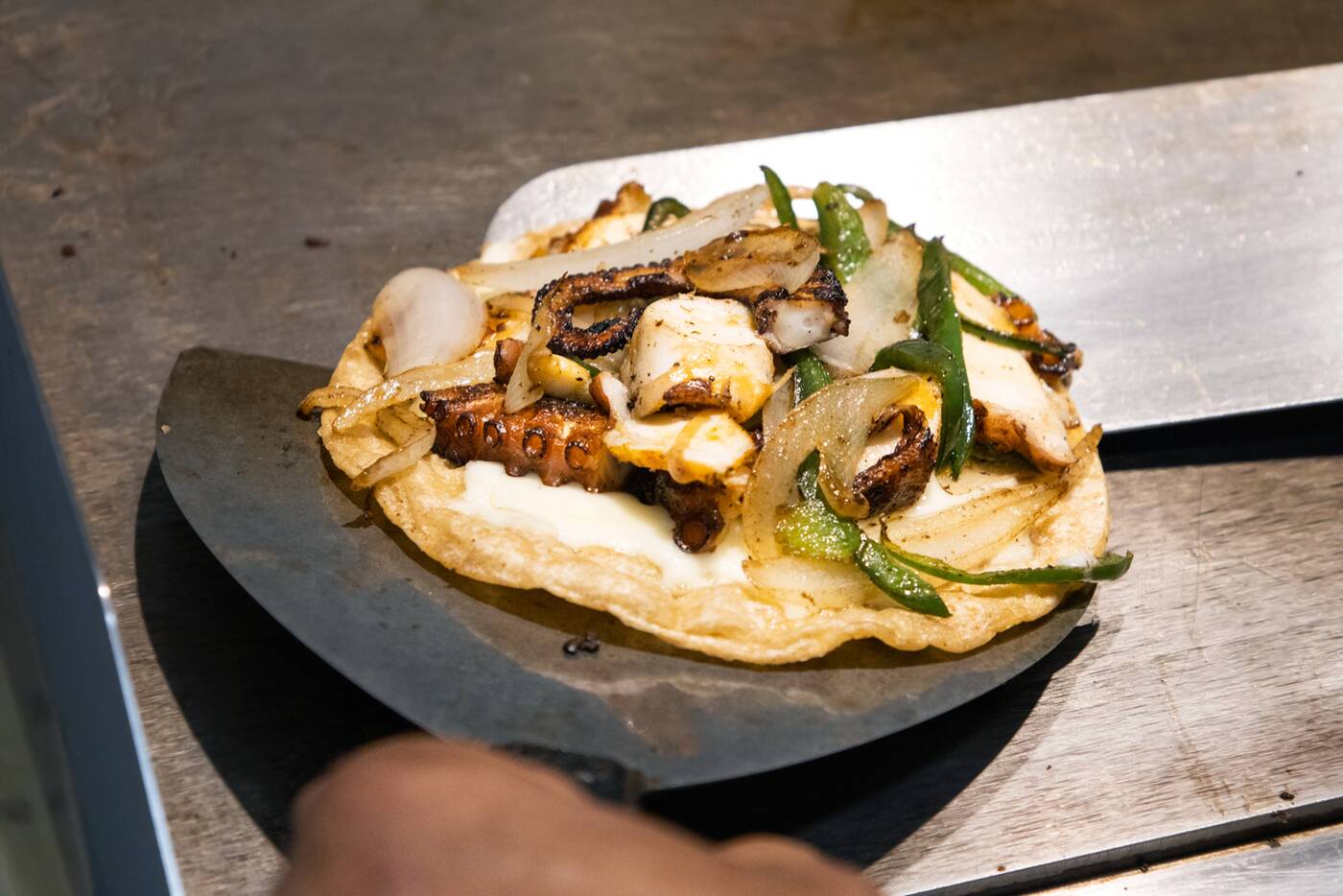 Each of the tacos comes open-faced with just the right amount of melted asadero cheese, spending some extra time on the grill in the kitchen inside after finishing up on the barbecue. 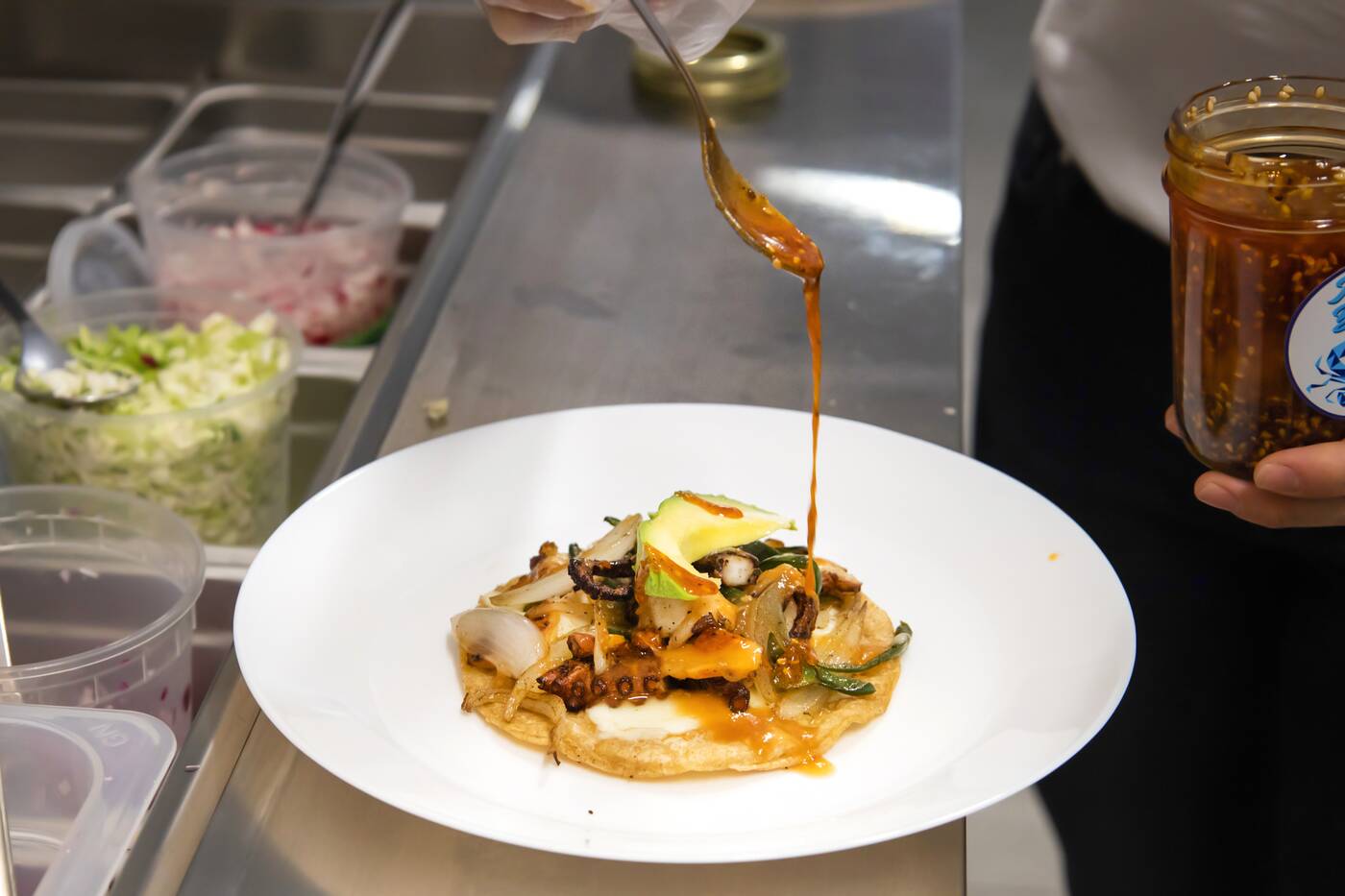 Onions, poblanos, avocado, salsa taquera and salsa macha (also available by the jar for $6) pair up with the grilled octopus for the pulpo al carbon taco ($7). 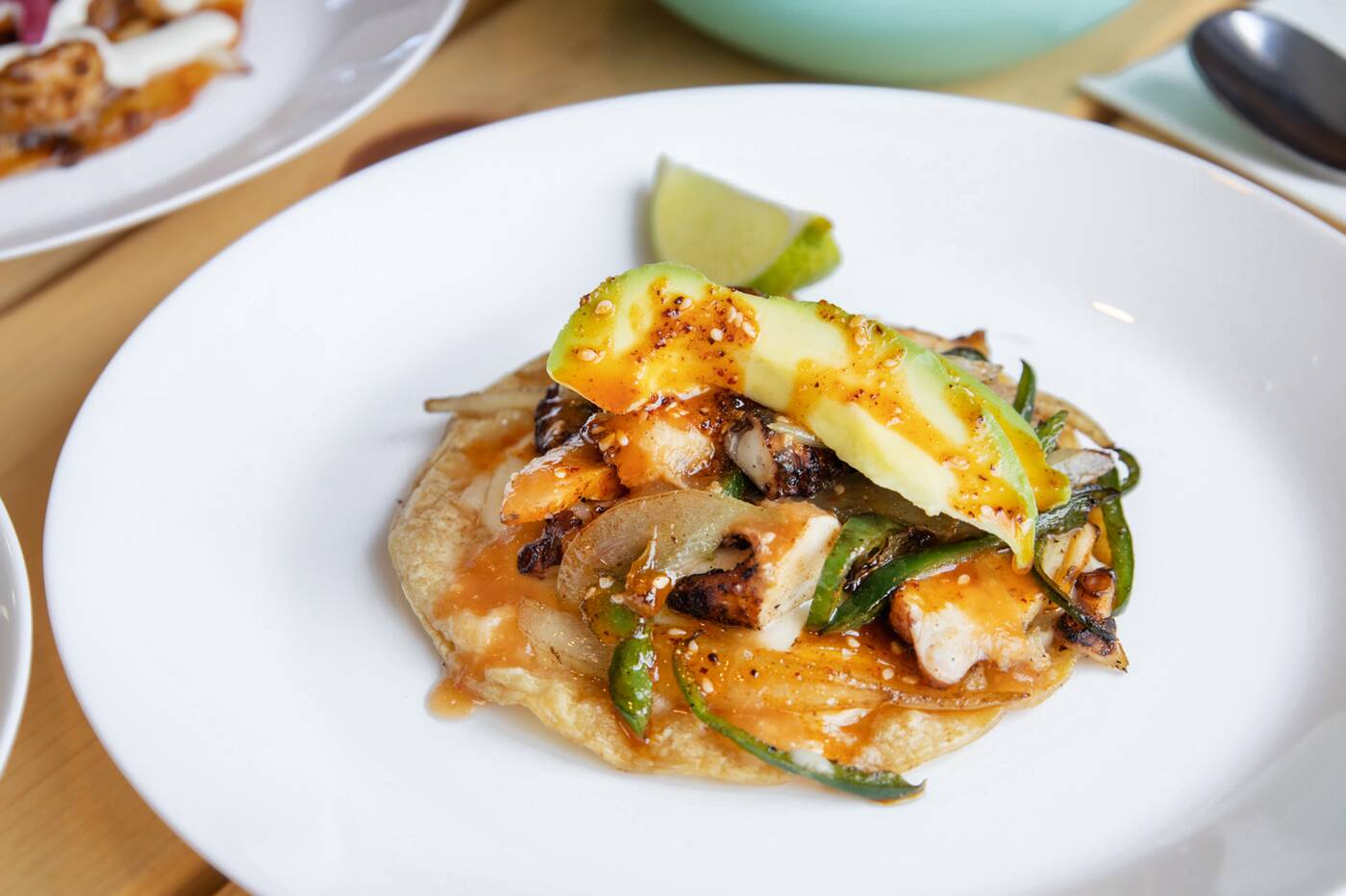 The octopus is cooked perfectly with a bit of added smokiness. Along with the flavours of the homemade salsas, it doesn't disappoint. 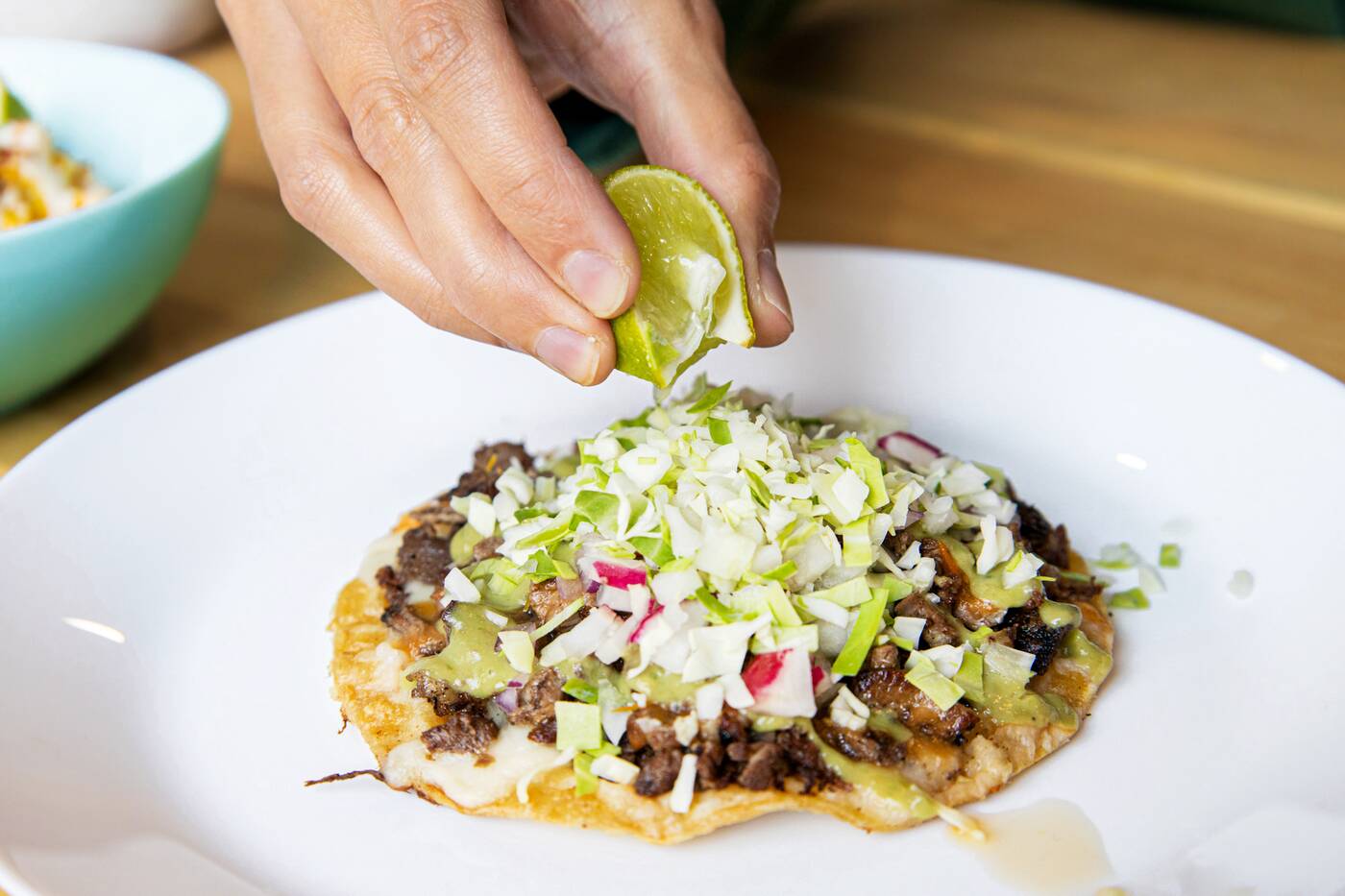 Carne asada ($6.50) is one of the most popular. It's also delicious, though a bit less notable to me next to the octopus. Onions, cabbage, radish, avocado salsa and red salsa top this one off. 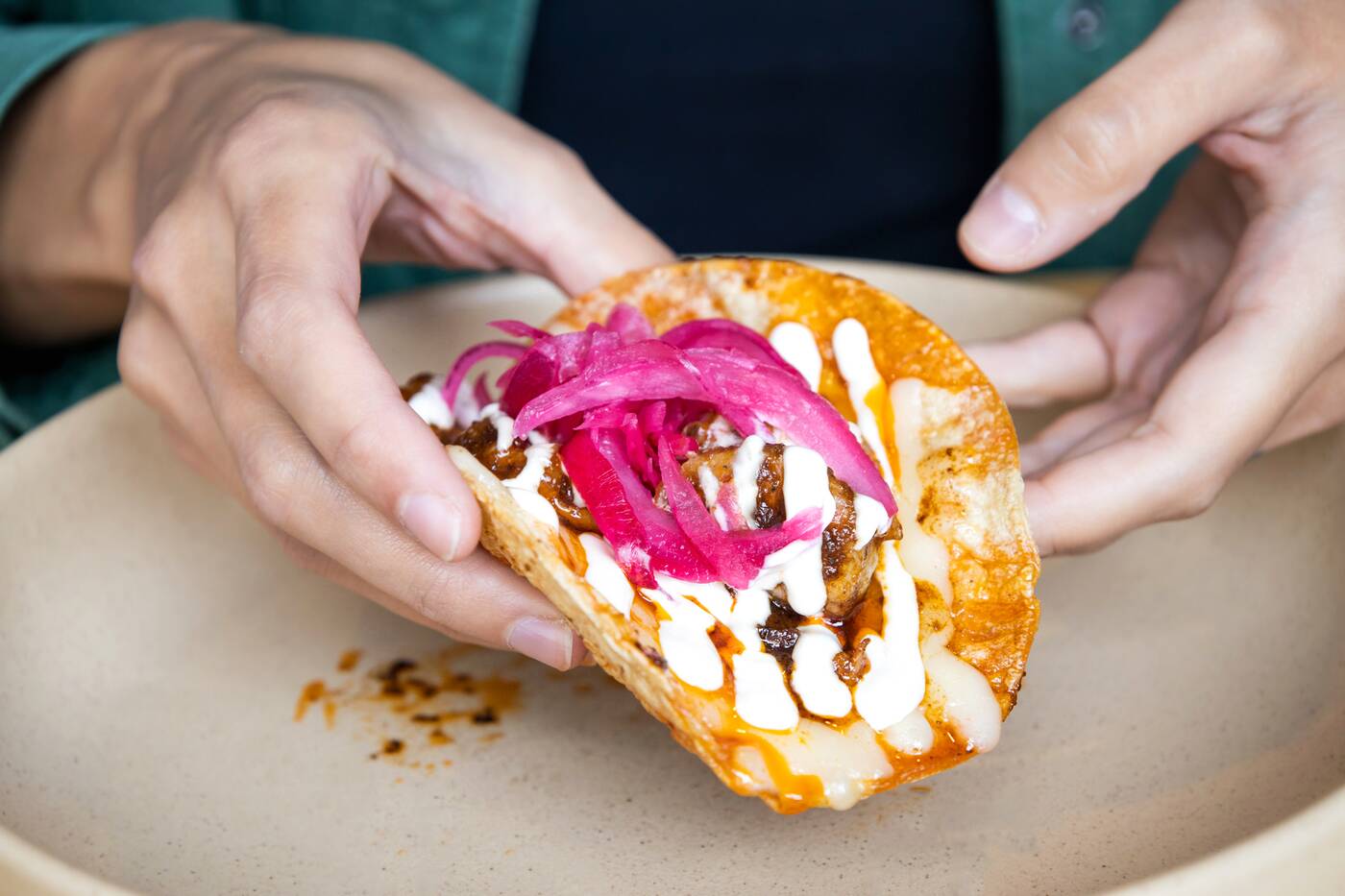 Camarones bravos ($7) is the best by far. Shrimp are sauteed in salsa brava, a recipe from Bautista's grandmother, and also gets cheese, sour cream and pickled onions. 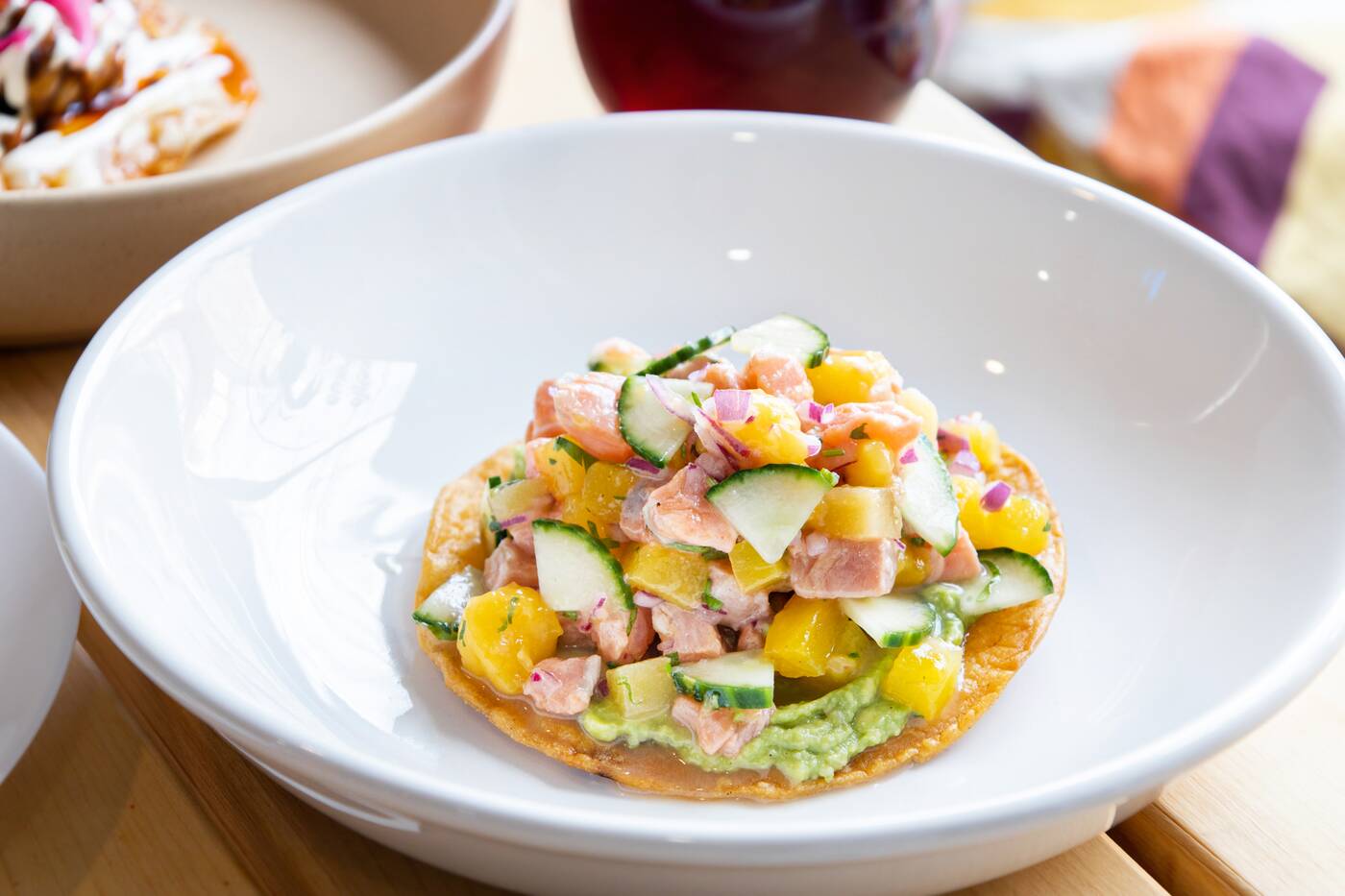 There are a few other items on the menu besides the tacos. The tropical trout tostada ($11) is piled high with fresh flavours of mango, pineapple, cucumber, cilantro, lime and avocado. 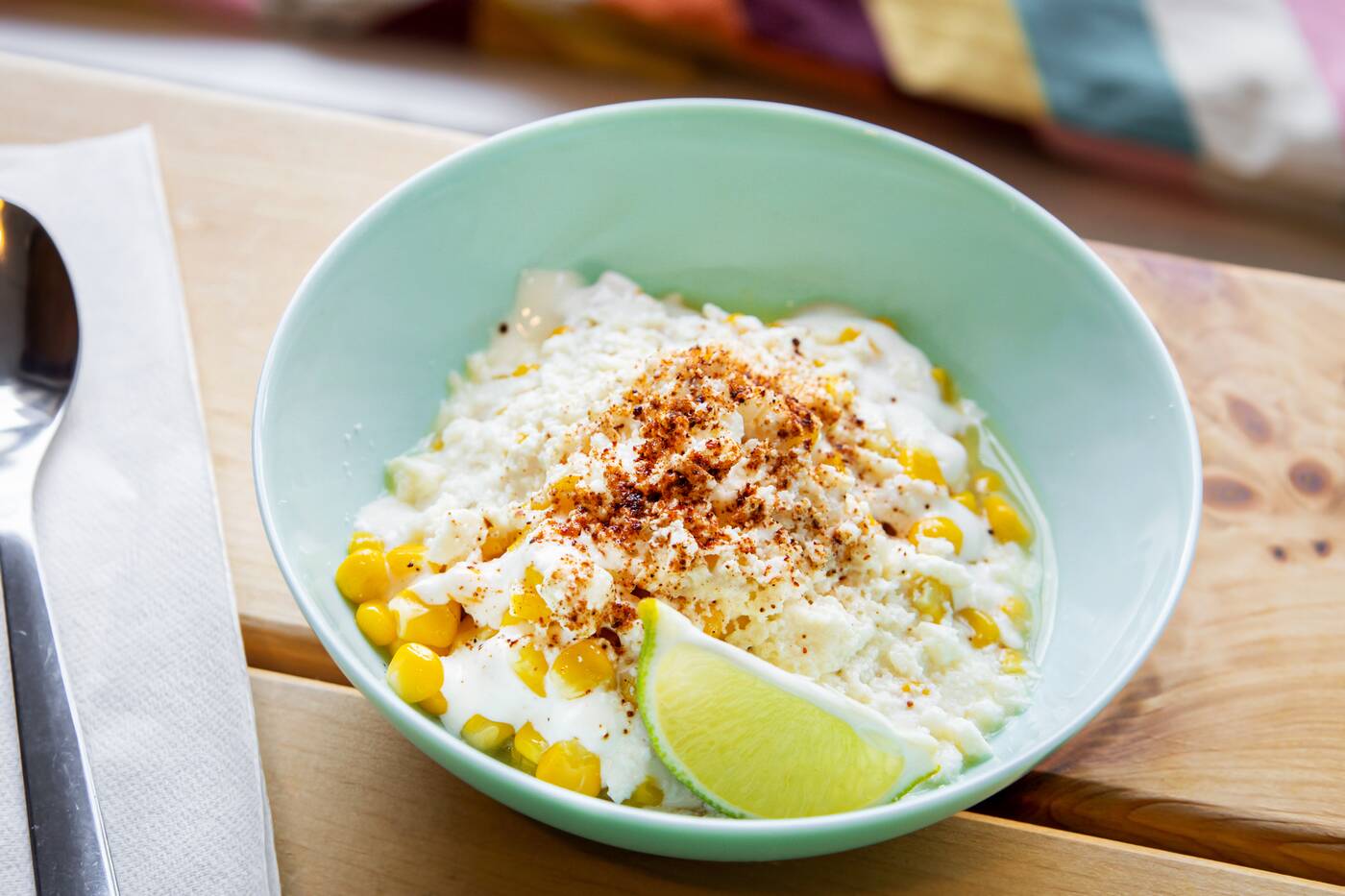 Street corn ($8) served off the cob is dressed with queso fresco, mayo and chili powder. It's a simple yet satisfying side dish. 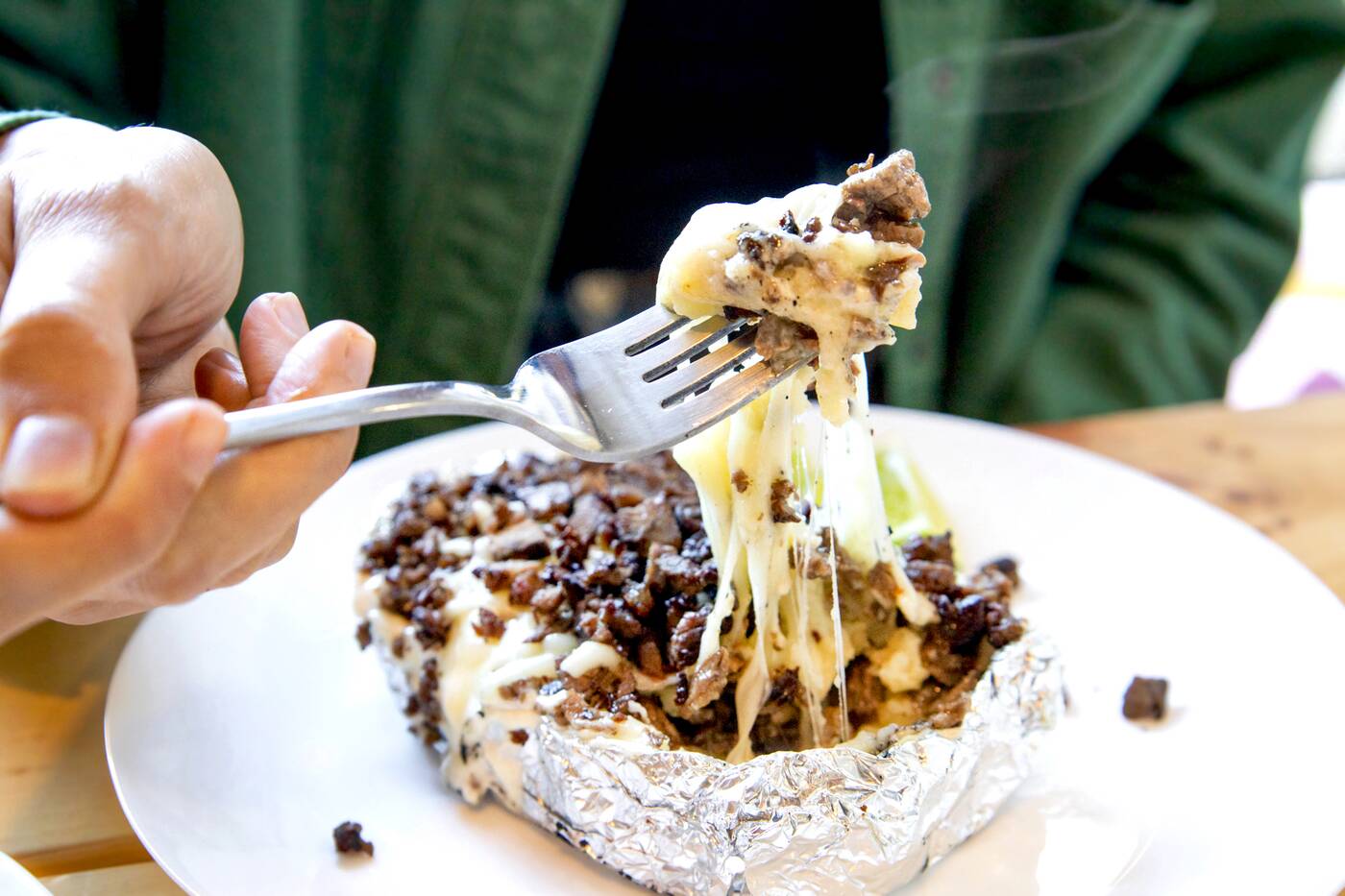 They also do a Mexican-style baked potato with asadero cheese and grilled beef. A cheesy, buttery mess, I'm told the dish is very classic of their hometown. 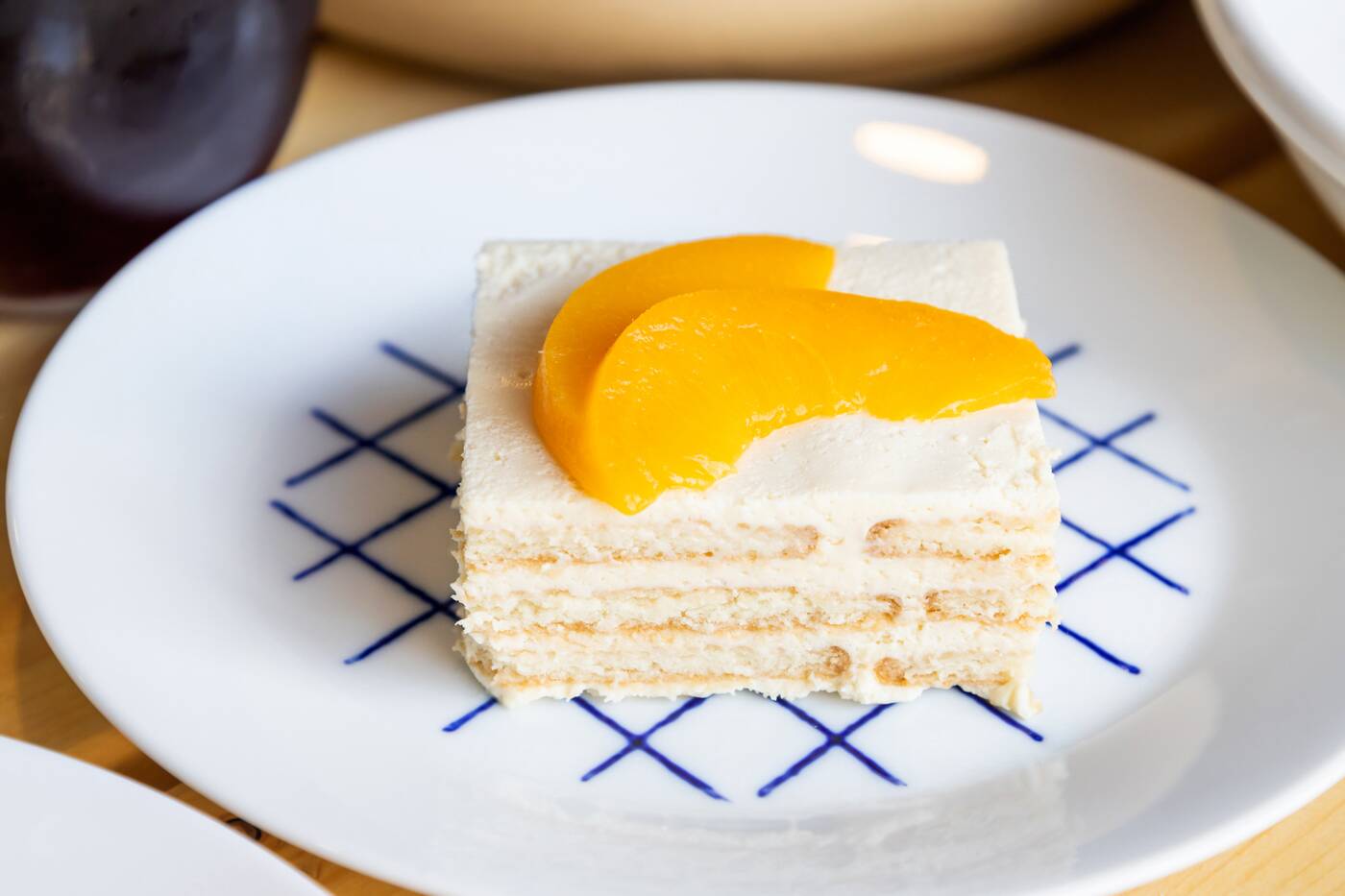 For dessert, a slice of carlota ($5) is just about your only option. It has layers of Maria cookies, lime, condensed milk and cream cheese and the added freshness of a few peach slices. 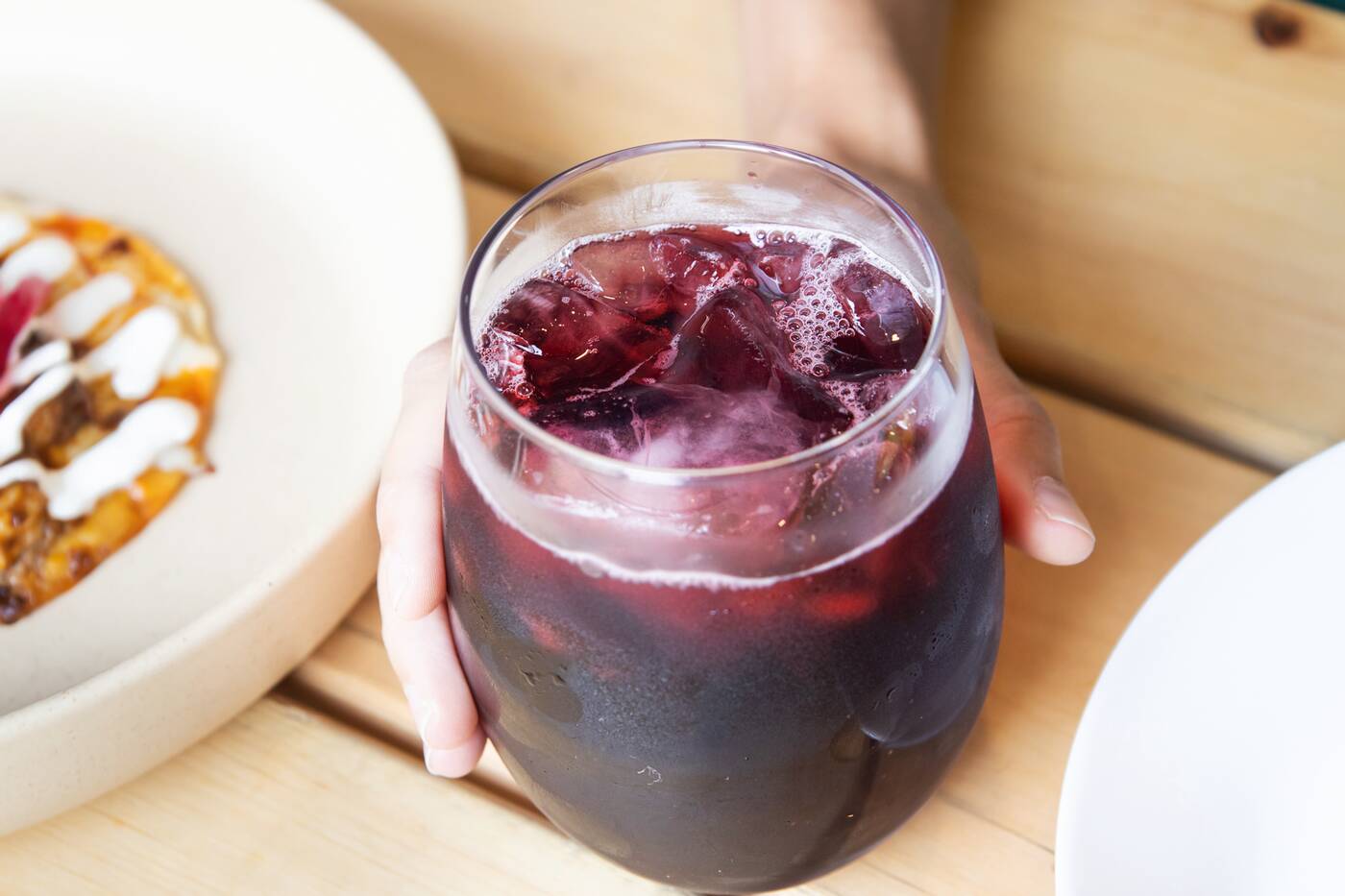 Horchata or aqua de Jamaica ($4), a refreshing cold tea made from infused dried hibiscus flowers, will wash down one of the tacos nicely.

On the weekends there are even more beverage options, with rotating flavours like papaya lime and cucumber mint. 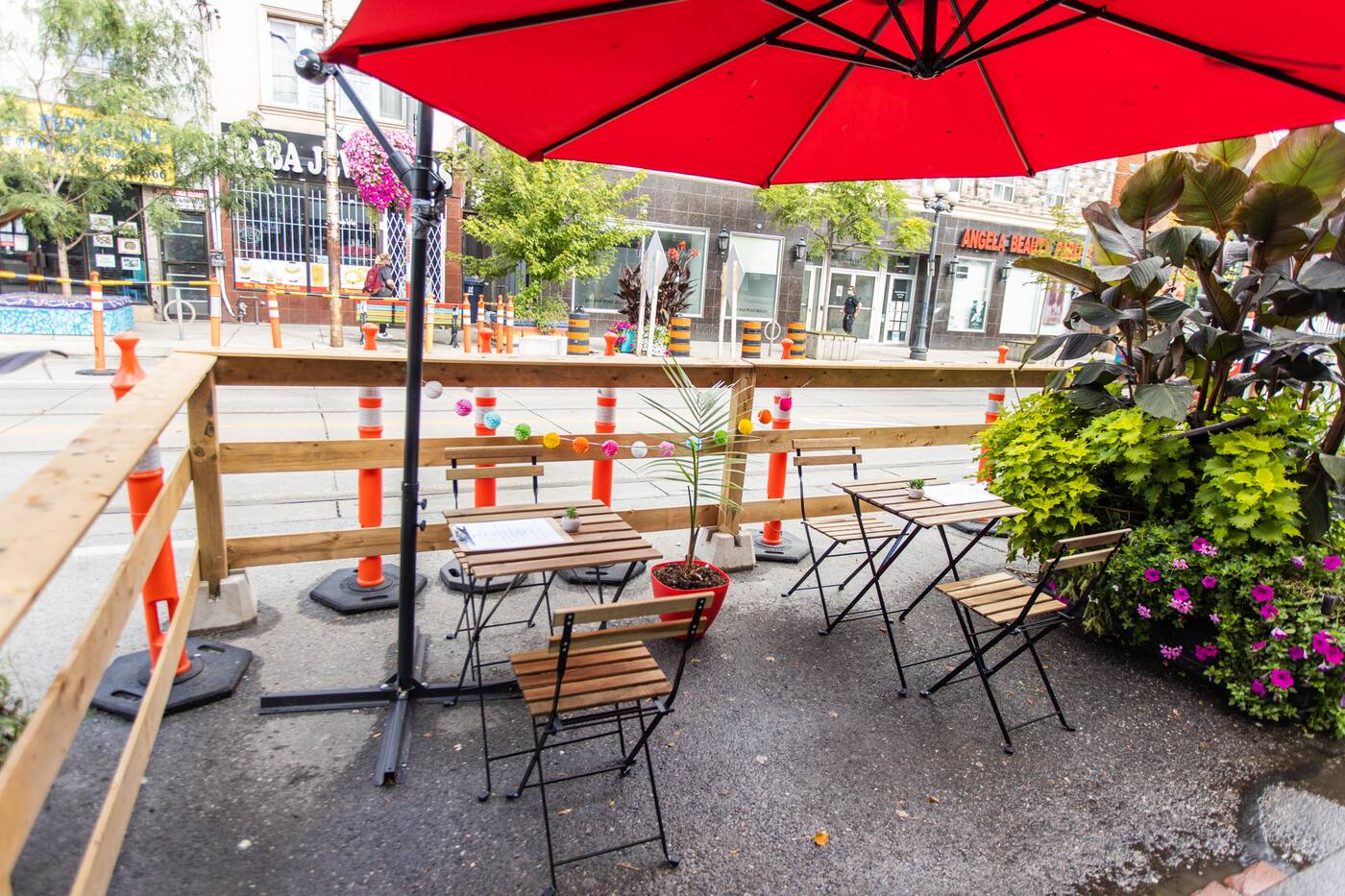 Puerto Bravo has a few patio tables out front and is easy to spot, bearing a blue crab on the window. The crab is another callback to the soccer team back in Mexico which shares the same logo and has a name that translates to brave, or wild, crab. 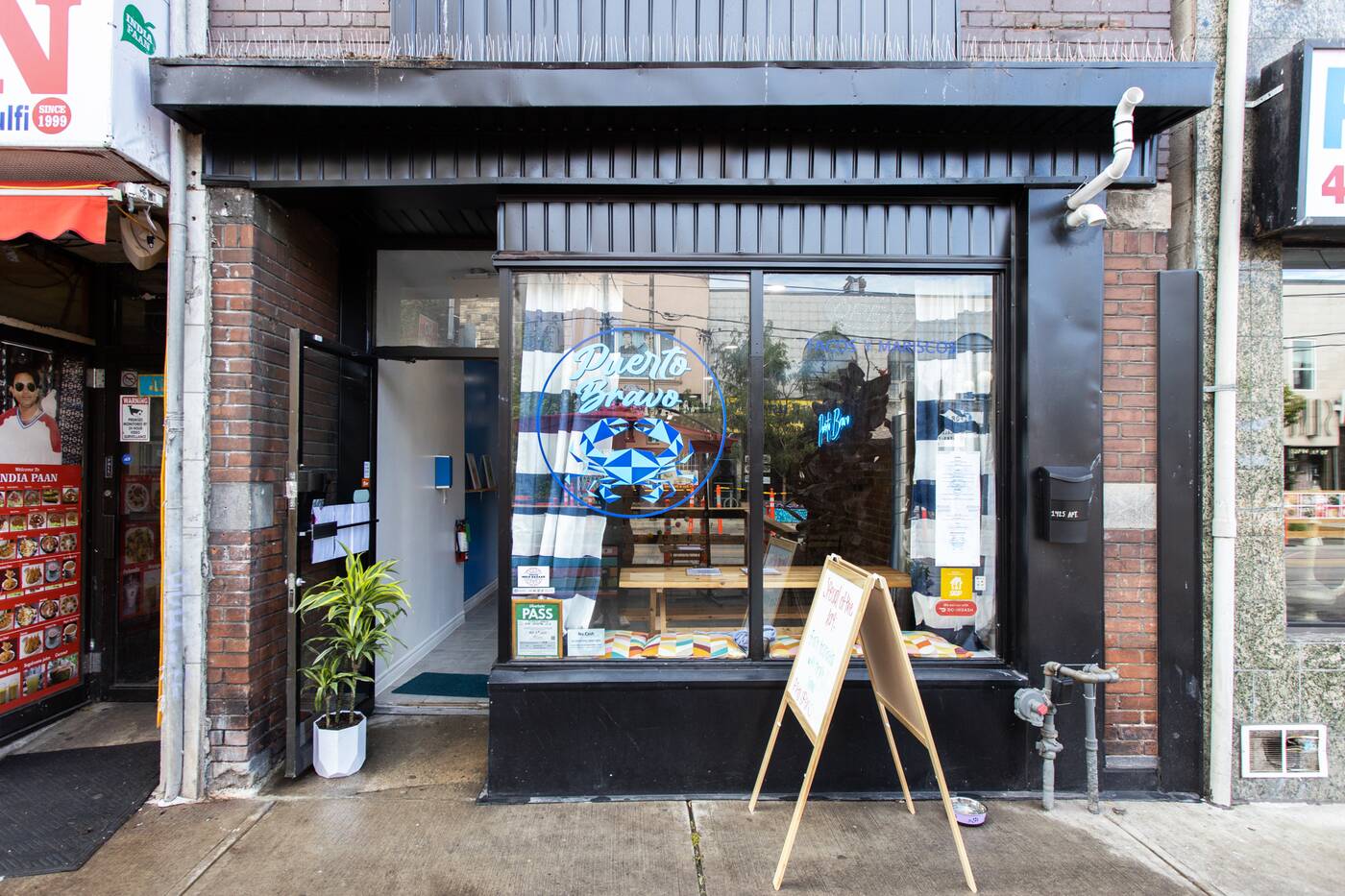