Get to Know a Chef: Tobey Nemeth, Edulis

After returning from a four year soul-and-cuisine-searching trip though Europe and Panama, Chefs Tobey Nemeth and Michael Caballo, who also happen to be husband and wife, decided to settle down in their old hometown of Toronto and open up Edulis just south of King West. A true labour of love, it occupies the former space of Anton Potvin's Niagara Street Cafe, where Michael ran the kitchen for years. Tobey, who was the Chef de Cuisine at Jamie Kennedy Wine Bar, has slipped into the role of Restaurant Manager, bringing her passion to the front of the house.

When did you and Michael dream up Edulis?

We have books and books and books of notes from years and years of talking about it, and it slowly coalesced into an idea. The first challenge was finding out where we wanted to do it. We thought for a long time it would be in Spain, my husband is from Spain. We tried Vancouver, Victoria, and just never felt that connection. I think what was always missing for us was the people, that amazing web of love and support, our suppliers, our regulars. The moment Edulis was born was when we found out Anton was selling this restaurant. We were actually running a hotel in Panama at the time, and that was it. From that moment it just started taking on a life of its own.

What prompted you to make the switch from back of the house to front of the house?
Michael and I had always planned to do it this way. We've always had this fantasy of a European country restaurant run by a couple. It's a simple place, warm and personal. The restaurant won't be open when we're not both here. We want to be here.

Your website is very open; you allow for customer feedback which is responded to. That's pretty rare.

Yes, we're not trying to be cool.

One of the things you mention on your site is that you won't be serving foam on anything and you're not Top Chef.

It was really just kind of a joke. When we came back to Toronto there was a lot of pretention and coolness and it wasn't backed up with hospitality and I think that (hospitality) is such an important part of this business. There was so much talk of Top Chef and we were both approached to be part of it at different points. It's the kind of thing that's so much fun and I actually think it's a great display of skill and ability...I think it's really tough to do, but all of a sudden there was just this total frenzy about it. 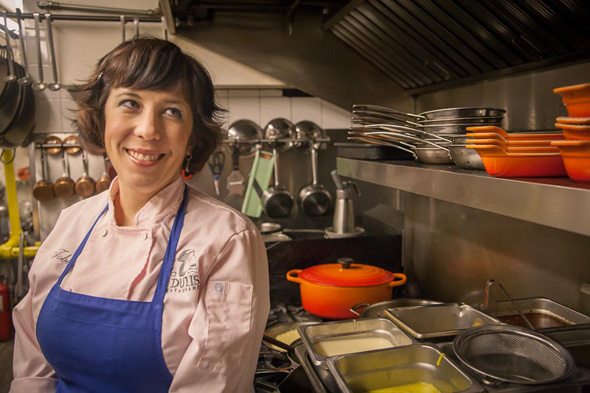 Do you miss cooking during service?

I actually spend probably the first half of service in the kitchen expediting and garnishing, so I feel like I get enough. But I do miss the intensity of a busy line sometimes, like at the Wine Bar or other busy kitchens I've been in. It's just fun.

Were there any new or unexpected challenges moving from the kitchen to the dining room?

Not really, I enjoy people, I like talking to them. I think the biggest challenge is making sure people have the experience they want; the food, the wine, the service. People come in here to have a really special evening, so there's always that nervousness to make sure you get it right, but I'm really lucky to have really great staff here, and that makes my job a lot easier. Other than that I approach everything like a cook: I'm not a sommelier, I'm not a restaurant manager, I'm a chef first. We make our wine list and we drink wines like cooks, we choose wines because they're delicious and they complement the food and don't overwhelm the food, we don't choose wines because they fit into a certain category. We just do what we believe in and we stand behind it.

What is your input into the menu?

The menu changes a little bit every day. Sometimes Michael does it totally by himself and sometimes we'll sit down and talk it out and try to figure out a certain element, for instance we'll try to figure out the garnishes or how it's going to work for service, because there are only two people in the kitchen without my help. So I'm more of a sounding board, probably. It's a great thing to be able to have a dialogue with someone who gets it. 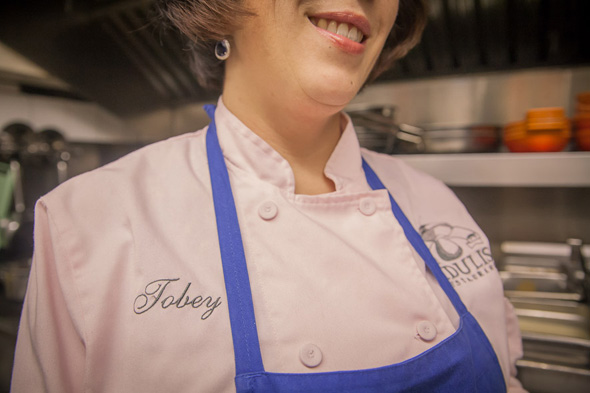 Maybe without knowing it. I've always cooked since I was old enough to stand, I would stand at a stool at the counter. I'm Hungarian, I grew up cooking things like Schnitzel, I used to stand at the counter and bread the schnitzel, so I grew up with that in my blood. My Hungarian grandparents owned restaurants; my Chinese grandfather on my mother's side sold restaurant equipment and owned a soft drink bottling plant in Saskatchewan, so maybe it was meant to be. Since making this decision I've never looked back. It's who I am; it's the best job in the world. It's one of those jobs where you get to have a job that's also your hobby.

So going back to how you're not trendy or trying to be cool...one of the most important food trends in Toronto right now is local or slow food, and although you're not completely local, I know that you're a big fan of foraging. So first of all, how do you find the time to do that?

Well, we don't do all our own foraging, Michael only does that when he can, and if he could I know he'd be in the forest every day, but we work with a lot of pickers.

One of the things that I found to be such a relief when we left Toronto four years ago is that we didn't have to listen to the trumpeting of local-shmocal all the time. I find there are just so many Chefs who just make a big production out of it and aren't actually following up. It's so much more important that people are creating long term relationships with farmers and working with them year round and are not just fair-weather friends.

A lot of Chefs are only buying tomatoes at peak tomato time; they're not buying their kale from farmers in January. That's where the whole system becomes more talk than reality. We try to stay away from making a big deal out of it. We don't work with any middle men, we only work with farmers. But we also believe in the beauty of the world as a marketplace. Cheese is a good example, and I'm always going to work with citrus, I love citrus, we'll always have it on the menu. We sometimes get European mushrooms; we get truffles from Italy and Croatia. I think you can't exclude that, it's what makes living in a city like Toronto wonderful.

It's about creating a balance between those things, it's about supporting local agriculture, and it's about buying meat that was raised humanely. We've tried to stay away from trumpeting it; we don't use it as a marketing ploy. To me, what's important is establishing relationships with people, so when we came back to Toronto we worked with all the same people we worked with before; it was one of the great joys of coming back here. But we don't splash it all over our menu, we don't splash it all over our web site, we just believe that's how food should be.

The people who are buying industrial dairy or factory farm chickens, those are the ones who should have it on their site. It was just such a relief when we moved to Italy; to them foreign stuff is from an hour away, and they had to bring it in because the local stuff isn't ready yet. You're not going to find tomatoes on the menu here in the winter. Ever. It's just not what we do. 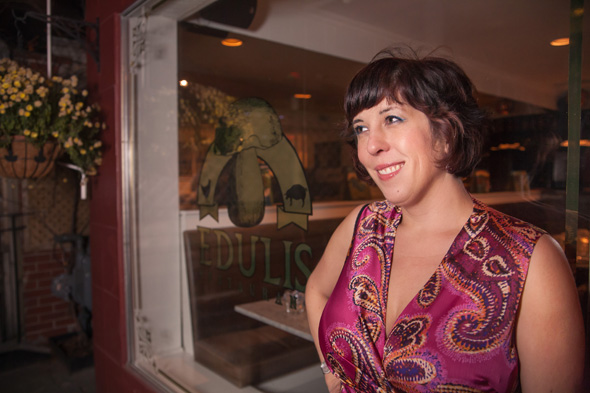 How do you secure your suppliers or decide when you're going to work with someone new?

We don't really work with a lot of new people, we're really happy with our suppliers. We're a small restaurant, and we work with a small group of people and they have our loyalty. I love that it's a small handful of suppliers, and we're the same with our wine agents too. Since we've been back to Toronto there's been one or two that weren't around before, like Fisherfolk, a really small, family fun company that acts as a conduit from the fishing boats directly on the East Coast, so we buy whole fish from them, lobsters and mussels.

They're kindred spirits, they look at food the same way we do, they look at their employees the same way we do. Other than that, it's all the same people we worked with before, Soiled Reputation, Cumbrae, Monforte Dairy, we'll always work with those guys forever, they're our family. They really welcomed us back and supported us, and they'll have our loyalty for life. So I guess we don't look for anyone new, but if we were to, our expectations would be high.

You have an interesting cocktail menu. Who is your Mixologist?

We're the Mixology department. I really hate canned soft drinks. Nothing bothers me more than being in a restaurant and seeing someone eat a beautiful meal and drinking a canned soft drink. It's as ridiculous as drinking some really heavy duty red wine with something delicate. So we just wanted to offer something adult, and fun, and not so sugary. We try to come up a lot of seasonal stuff, like right now we have wild cranberries and lingonberries. We try to come up with something delicious and if we can make it into a nice adult soda we do, and then we try to have the staples around, like if you want a gin and tonic or rum and coke we can still do them, we just make our own version. For the most part people love them.

A Chef that inspires you? Daniel Boulud

What's one food trend that needs to end? Sliders. The slider enrages me. Why do you want three small hamburgers instead of just one?

What would people be surprised to find in your fridge? A huge variety of hot sauces