If you've spent any time on Dundas West over the past couple of years, you've no doubt been served a cocktail or two by Quenton Fortune at Churchill. Or, if you're a little further north, you might have encountered him at the recently opened Rose & Sons, the boutique diner launched by ex-Drake chef Anthony Rose. I popped into Churchill one afternoon before service to speak to Quenton about how he got into bartending and growing up in an ever-expanding Toronto.

You grew up in Toronto, right?

Yeah, I'm born and raised in Toronto - on Madison Avenue, in the Annex. If I ever meet someone who grew up in downtown Toronto we either know each other or there's one degree of separation. The Annex is one of the greatest parts of the city to grow up in. It's the centre of the city and you're surrounded by students and professionals. It's also very gay and lesbian-friendly and multicultural. I grew up across the street from the Madison Avenue Pub.

Is growing up opposite the Madison what got you interested in the idea of bartending?
For sure. When we were in grade 5 or 6 my buddy and I would go to the Madison to get chicken wings. We would be two little kids in the middle of the craziness at the Madison so we got to know all the staff there. I used to see the food runners cutting through the crowd with their trays and look at them with awe. I got to know the owners and they gave me odd jobs here and there, like handing out flyers outside Spadina station and walking their dog. It was $10 an hour, which was great money when you're that age.

Did you ever bartend there later on?

I've done the last few St. Patrick days there as a guest bartender but that's it. When I was 18 and I was finally old enough to work in the pub, I worked there as a food runner/bar-back during the day. Later they put me on nights and I worked for a year to save money to put myself through school when I went to Ryerson to study urban planning. It was a great time of my life. The tips were good as a food runner and you got to finish earlier than everyone else so I never really wanted to bartend at the time. 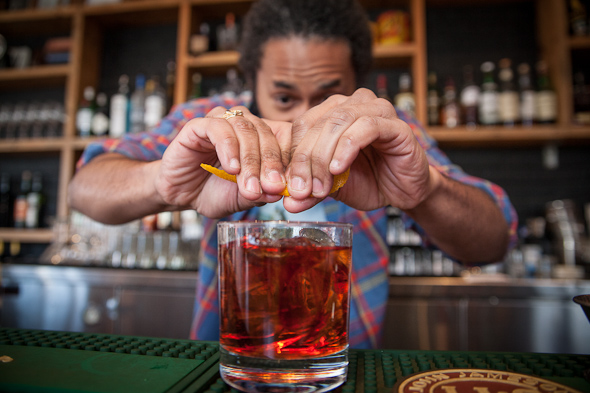 Did you ever work as an urban planner when you graduated?

During school I did some work with a guy who was friends of the owner of the Madison but that's it. When I graduated my buddy and I decided to go travelling. We planned to spend 6 months in South East Asia but afterwards I ended up spending a year in Australia and I eventually came back 2 years later. My first ever bartending job was in actually in 2004 in Melbourne at a place called Escobar. We had bands upstairs and the place had just been done up. It was fun. I came back to Canada in November of 2005.

What did you do when you got back?

A lot of people who were at the Madison at the time left to open up the Drake Hotel. I heard about it while I was away via emails from my friends. This hot new place in Parkdale. My dentist was down in Parkdale and that was gross! So when I came back I went straight into food running at the Drake. It was a blast. You could go see shows downstairs after work or go up to the Sky Yard patio for drinks. After a couple of years Shane and Catherine approached me about working at Churchill and I wanted to move into bartending so the timing worked out well. 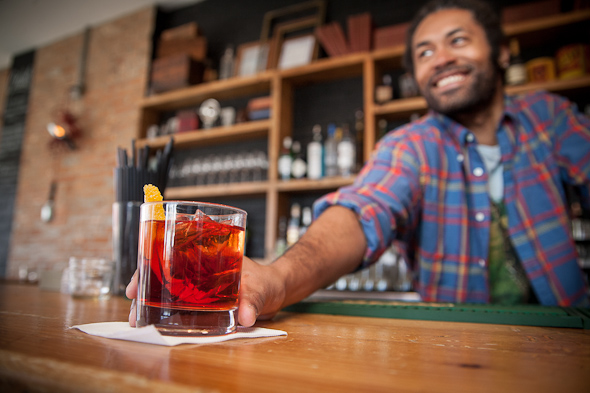 When did Churchill open?

We've been open about 2 and a half years now. It was October/November of 2011. I already knew Sandy De Almeida and I met Kalinda when I came here for our first meeting. That was our team. It was a big learning curve moving behind the bar full-time - reading up on all the cocktails. There are so many separate eras to cocktail culture and I'm still learning. I had a bit of knowledge from the Drake but doing the cocktail training with Sandy was a whole other level and being here and being immersed in that has been fantastic. It's just a matter of doing things properly and doing it with confidence. We have a lot of home-made syrups and tinctures and bitters and it's getting really complicated. The level keeps rising. I don't try to be more than who I am and when you're talking to people you just soak it up and keep learning.

You can never know it all. There's always more to learn.

Yeah and that's the good thing about this neighbourhood is that I don't find a huge degree of pretentiousness. It's not about everyone knowing everything. You talk, you have the conversation - it's like 'this is the drink I want and if you don't know it I'll tell you how to make it'. No-one's like 'Oh, you don't know that!' - at least the places I go - so it makes you feel comfortable. 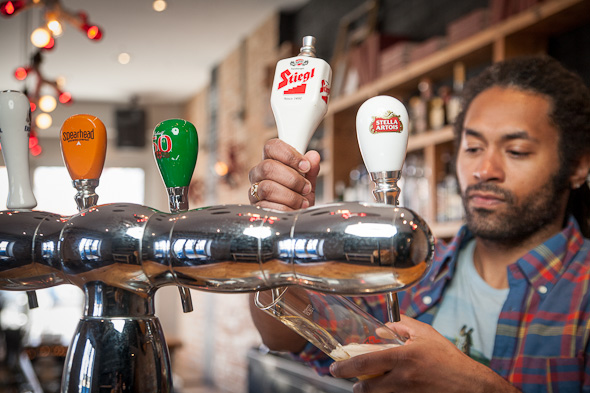 So how did you get the job at Rose & Sons. I'm guessing you knew Anthony from the Drake?

Yeah, I kept in touch with Anthony - or Chef as we call him - over the years. We worked together an art opening once or twice - he was catering it and I was behind the bar - and he said 'So when I open my place you're gonna come and work with me, right?' He's very passionate and you really have to know what you're doing but the atmosphere is casual. I remember my first shift - we hit the ground running and it's been fantastic there. It's a small room so everyone pitches in. It's a nice contrast with Churchill and I usually work two days in each place. Saturdays at Churchill are really busy but it's such a great spot - everyone's very mellow and we never have any problems.

It seems to be getting busier and busier on the Dundas West.

I've lived in this area now for seven years and I've seen it change a lot. I'm not one of those people who complains when this area gets flooded from people not from the neighbourhood. We live in a city, that's what happens - people come into the city on weekends - and they may not be as knowledgeable or polite as some of our regulars but whatever. They're here to have fun and we're here to help facilitate that. 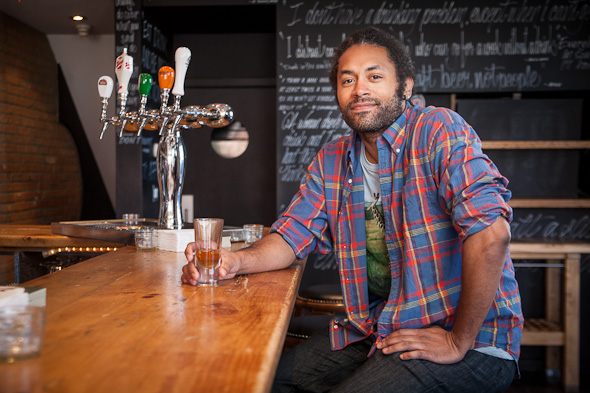 Scotch or Bourbon? Irish! A nice bourbon over Scotch

Favourite shot? Jameson. I'll do a J채ger once in while or sometimes Fernet Branca, but usually Jameson.