The 'Shwa is moving on up... on the list of Canada's priciest rental markets.

New data released this week by the real estate listing and analysis firm Zumper reveals that Oshawa, Ontario, is currently one of the most-expensive cities to rent a place in all of Canada.

The small city just east of Toronto saw two-bedroom apartment prices jump by a staggering 24.8 per cent this month, reaching a new high of $1,860.

This figure may pale in comparison against two-bedroom units in Vancouver ($3,020) or Toronto ($2,400), but represents a steep increase for Oshawa, and the same can be said for one-bedroom units.

Now, thanks to that speedy price appreciation, Oshawa has made the list of Canada's top 5 most-expensive rental markets for the first time ever.

The one-time automotive capital of Canada is up one spot in this month's ranking of the country's 24 most populous metro areas, knocking out Barrie to claim spot number five and establishing itself as the second-most expensive rental market in Ontario (after Toronto.)

"More than half of the nation’s largest monthly and year-over-year rent spikes were located in the top 10 most expensive markets, signaling a return of renters to the pricier Canadian cities as COVID restrictions ease," reads the Zumer report.

"There was a lot of movement in the the top markets, with Kelowna moving past Victoria to become the 3rd priciest city, Barrie dropping out of the top 5, and Kitchener jumping up 3 spots to become the 7th most expensive market. The more affordable half of the Canadian cities stayed relatively stable."

Long gone are the days when Oshawa (or pretty much any Toronto suburb) was an affordable option for people leaving the big city to "settle down." We may just be seeing rent prices spike up into the big leagues now, but house and condo prices in Oshawa have been skyrocketing for nearly two years.

The COVID-inspired "urban exodus" from Toronto has been driving up home prices far beyond the borders of the GTA and even the Province of Ontario lately.

Rent prices are following suit, it seems, giving locals yet another reason to worry about affording a place to live in an increasingly unaffordable region.

Here's the full data set of changes in rent prices across Canada as of March 2022, via Zumper. 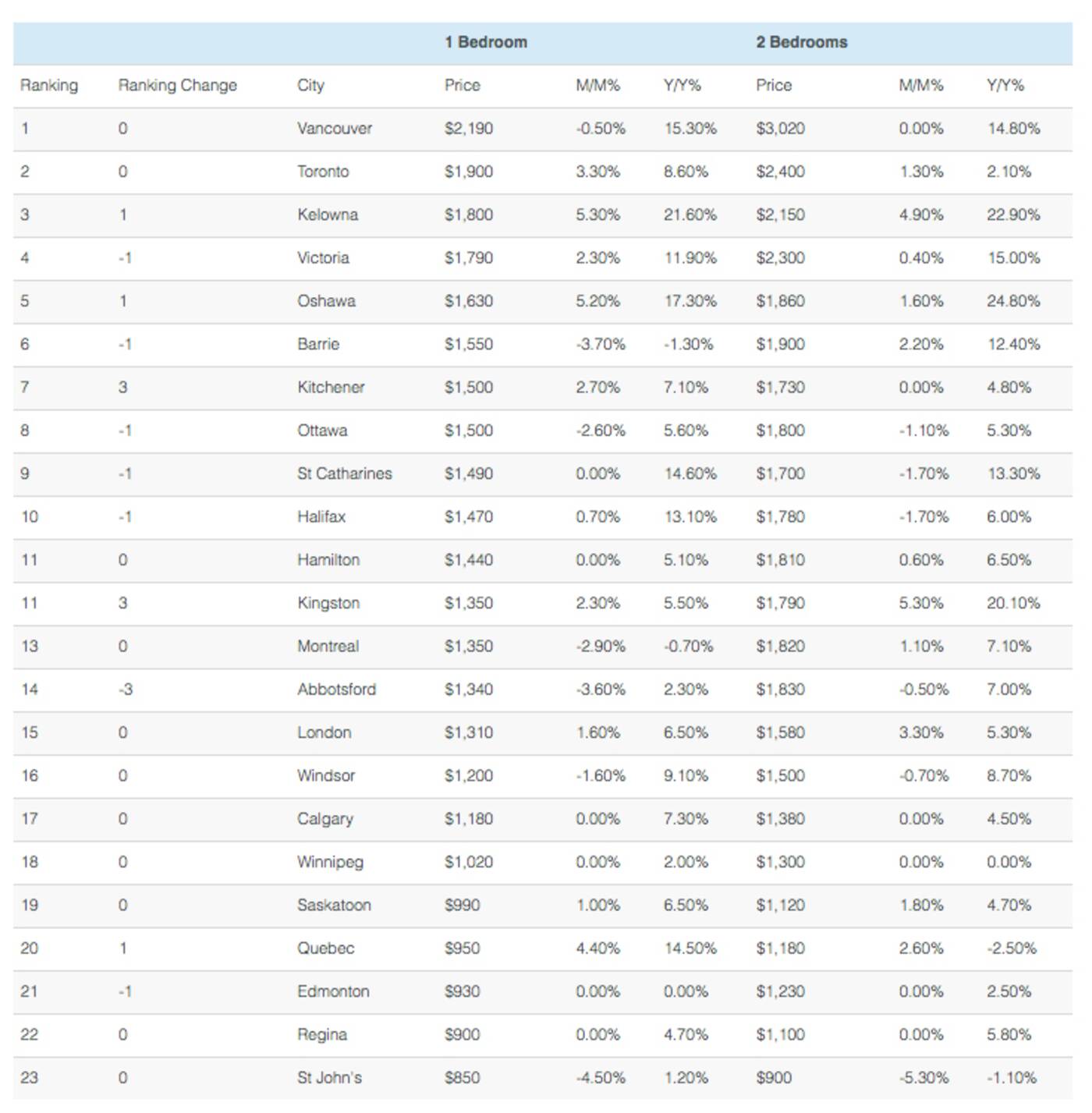