We've gone and done it again, Toronto — we've beat out Vancouver in a competition that nobody wants to win.

The June edition of Bullpen Research and Rentals.ca's national monthly rent report, released this week, reveals that Toronto is now the most expensive rental market in Canada for two-bedroom apartments (you know, in addition to having the most-expensive one-bedrooms, studios and living costs in general.)

It now costs an average of $2,735 to rent a two-bedroom home, apartment or condo in Toronto, according to the report — up just a tick over what we saw in May.

Vancouver, meanwhile, saw two-bedroom rental prices dip by more than 7 per cent month over month, down to an average of just $2,709, making the notoriously-pricey west coast city cheaper than Toronto in terms of rentals across the board.

A one-bedroom unit in Toronto is now going for $2,231 per month, on average, based on an analysis of listings from Rentals.ca. 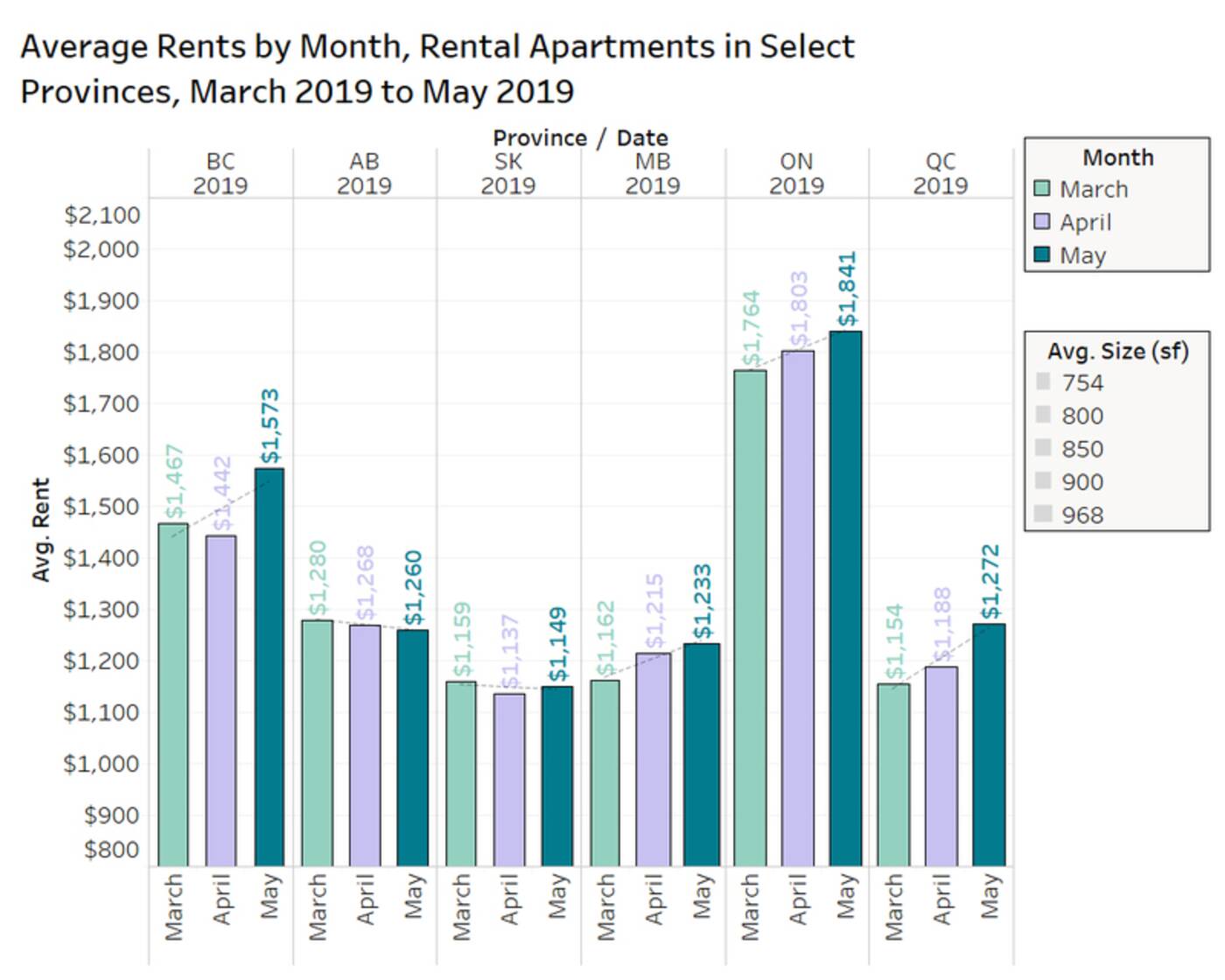 The average rental price for all unit sizes continues to increase, month over month, in Ontario as strong employment numbers boost demand for housing. Image via Rentals.ca.

"The Rentals.ca numbers show vacated properties that better reflect current values," explains the report. "The figures better represent the actual rents a potential tenant would encounter when seeking to rent an apartment."

They certainly do — and not only downtown.

Rental rates have increased on average across the entire GTA, according to analysts, up to $2,523 per month as of June thanks to declining unemployment numbers, locked-out first-time home buyers and a skyrocketing demand for rental units.

"Average rental rates in Ontario continue to outpace the other major provinces in Canada, as it costs a tenant about $600 more per month to live in a rental apartment in Ontario than in Alberta, Saskatchewan, Manitoba or Quebec," reads the June rent report.

"Quebec City has the lowest average monthly rent on the list with a one-bedroom going for $837 and a two-bedroom at $1,006."