Average cost of a one bedroom rental in Toronto hits $2,260

It's currently more expensive to rent an apartment or condo in Toronto than anywhere else in Canada. Who'd have thought?

The apartment hunting website Padmapper released its monthly cross-country rent analysis for December, 2018 on Thursday and, much to the delight of Vancouver, probably, the 6ix still reigns supreme as "most likely to eat your entire paycheque."

One bedroom units are now going for $2,260, on average in the City of Toronto, up 1.8 per cent over the month previous.

Two bedrooms are hanging at $2,850, which is only 0.7 per cent more expensive than what we saw in October, but a startling 15.9 per cent up over the same period of time last year.

For comparison's sake, consider the cost-per-month of a two-bedroom place in Canada's fourth most-expensive city for renters, Montreal: $1,780.

A one bedroom will run you $1,450 on average in that city, kind of like it would have in Toronto ten years ago.

Here's Padmapper's full list of average rental prices across the country right now. Is Saskatoon nice? Asking for a friend... 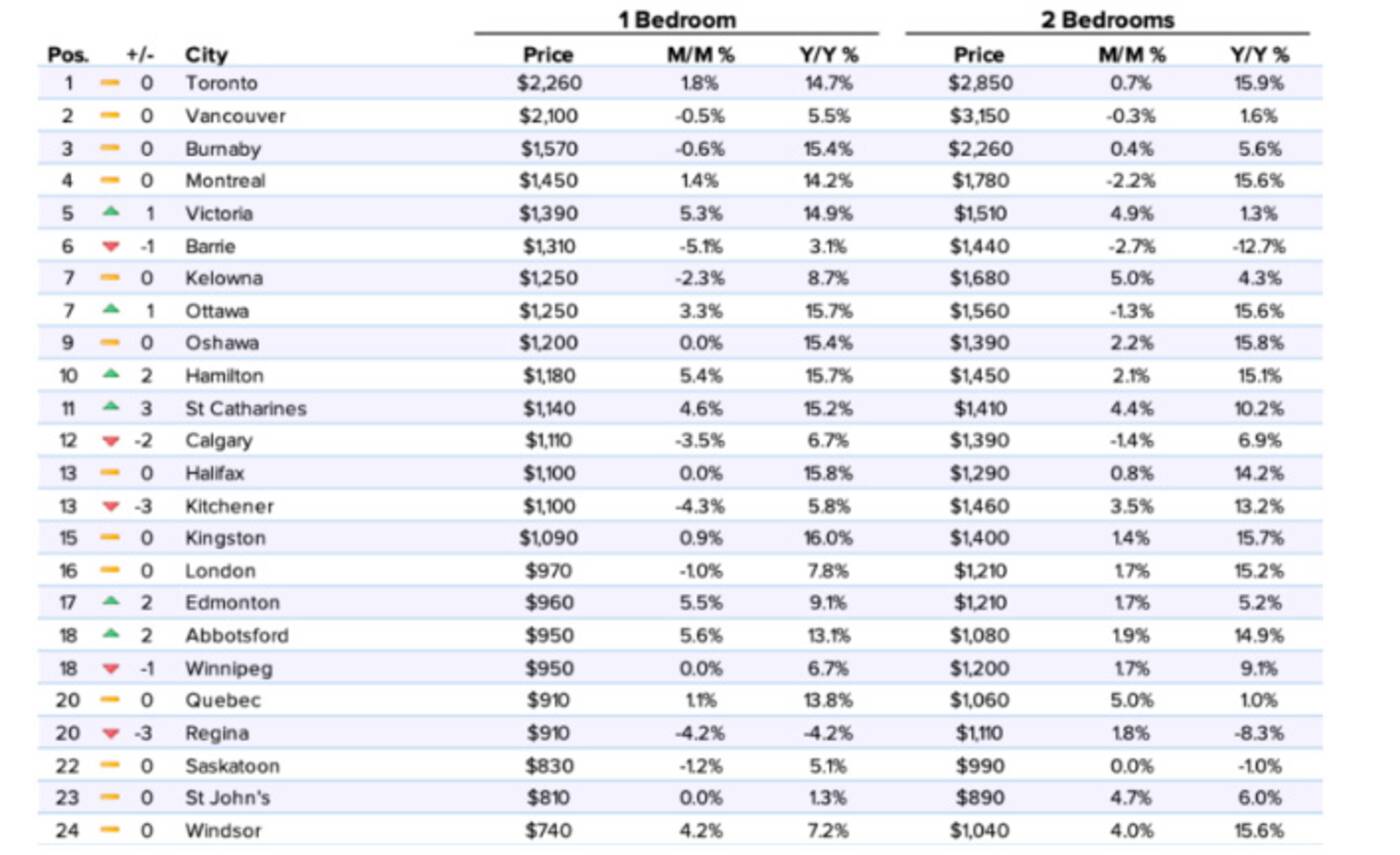