Toronto is now the 5th most unaffordable city in the world

Congratulations to us! Recent data shows that Toronto has earned the title of 5th most unaffordable city in the world. 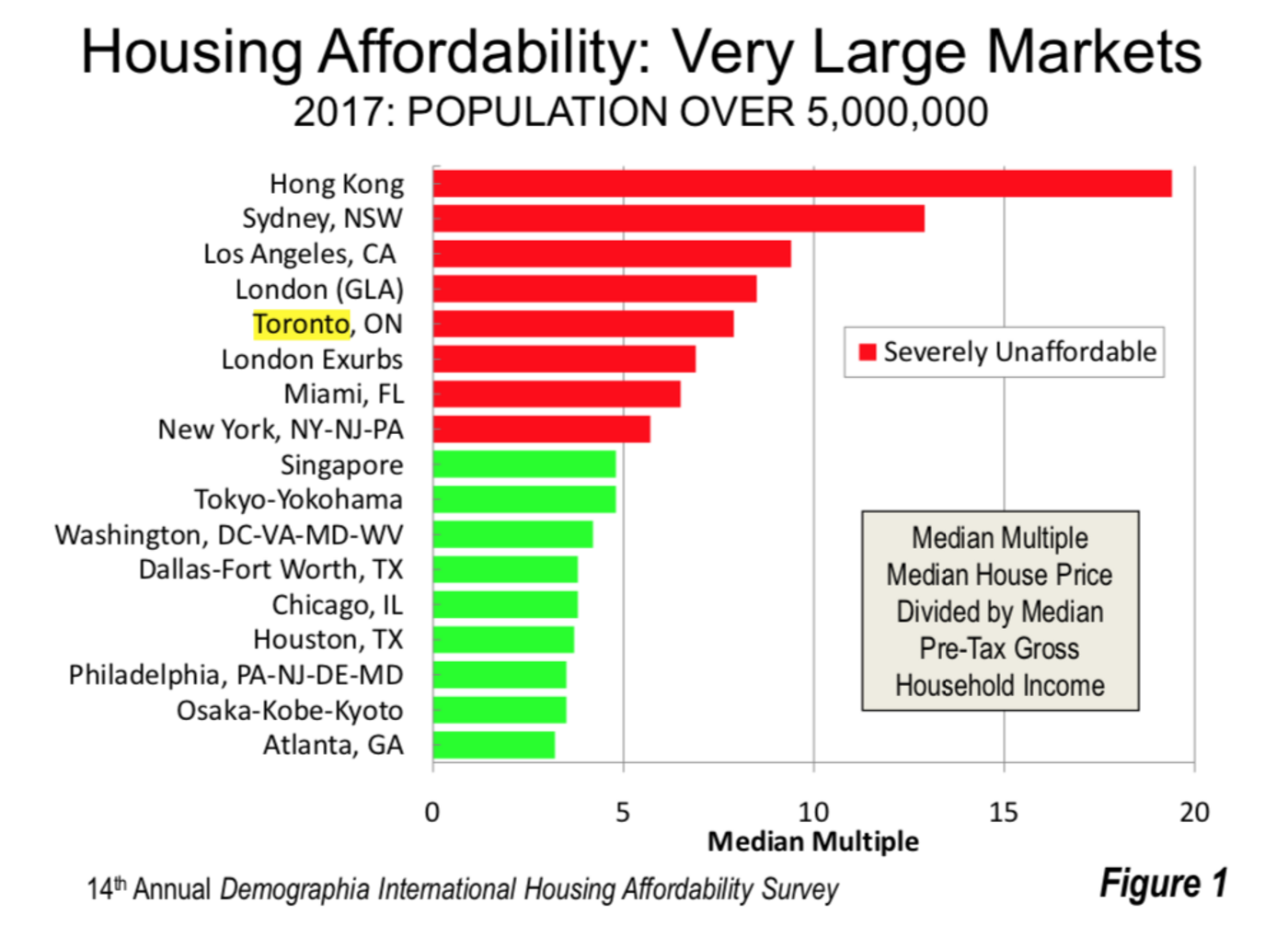 Toronto's real estate market is basically one hot oven in which to shovel your entire life's worth. Image provided via Demographia.

When stacked up against other major metropolitans around the world like Hong Kong, Sydney, Los Angeles and London, Toronto ranks among them as a city where home ownership can amount to a sink or swin-type scenario.

More specifically, the city's most recent survey shows the median household income in Toronto was about $65,829 in 2015. Meanwhile, data from the Toronto Real Estate Board clocked the average price for a single-family detached house at around $1,123,800 last month.

None of this should come as a surprise since, while the city's real estate market has seen a lot of back and forth in housing prices over the last few years, affordability remains a persistent issue among residents.

The housing affordability data, first released in January of this year, came back to light this week in the wake of a Bloomberg article showing that compared to Toronto, New York looks cheap.