Halloween costume ideas for 2017 run the gamut from pop culture statements to quirky local references. It’s never too early to start planning out yours, whether you're buying from one of Toronto's costume stores or determined to dream up something more novel.

From Dart Guy to David S. Pumpkins, here are some fun, cheap and ‘grammable Halloween costume ideas for 2017.

One of this year’s biggest internet memes was inspired by a Maple Leafs fan seen in the stands of a playoff game with a cigarette hanging out of his mouth. 'Dart Guy' developed such a cult following in the days after his TV appearance that The Leafs invited him to watch Game 3.

Pennywise from Stephen King's It

Creepy clowns are all the rage again this year thanks to the newly crowned highest-grossing horror film of all time, It. Great news for last year's creepy clowns: you don't even need to buy new costumes – unless you want to go as "sexy" Pennywise, which, of course, is legit.

The City of Toronto's new (semi) critter-resistant green bins have been a blessing to those plagued by garbage messes – but what about the raccoons? Are they getting enough to eat? Dress up like a trash panda, carry a green bin, and have fun discussing the subject all night long.

If 2016 was the year of Harley Quinn, 2017 belongs to Wonder Woman. Hey, every Halloween needs a generic hot girl costume. At least this one gets to wear pants (just kidding —she doesn't). 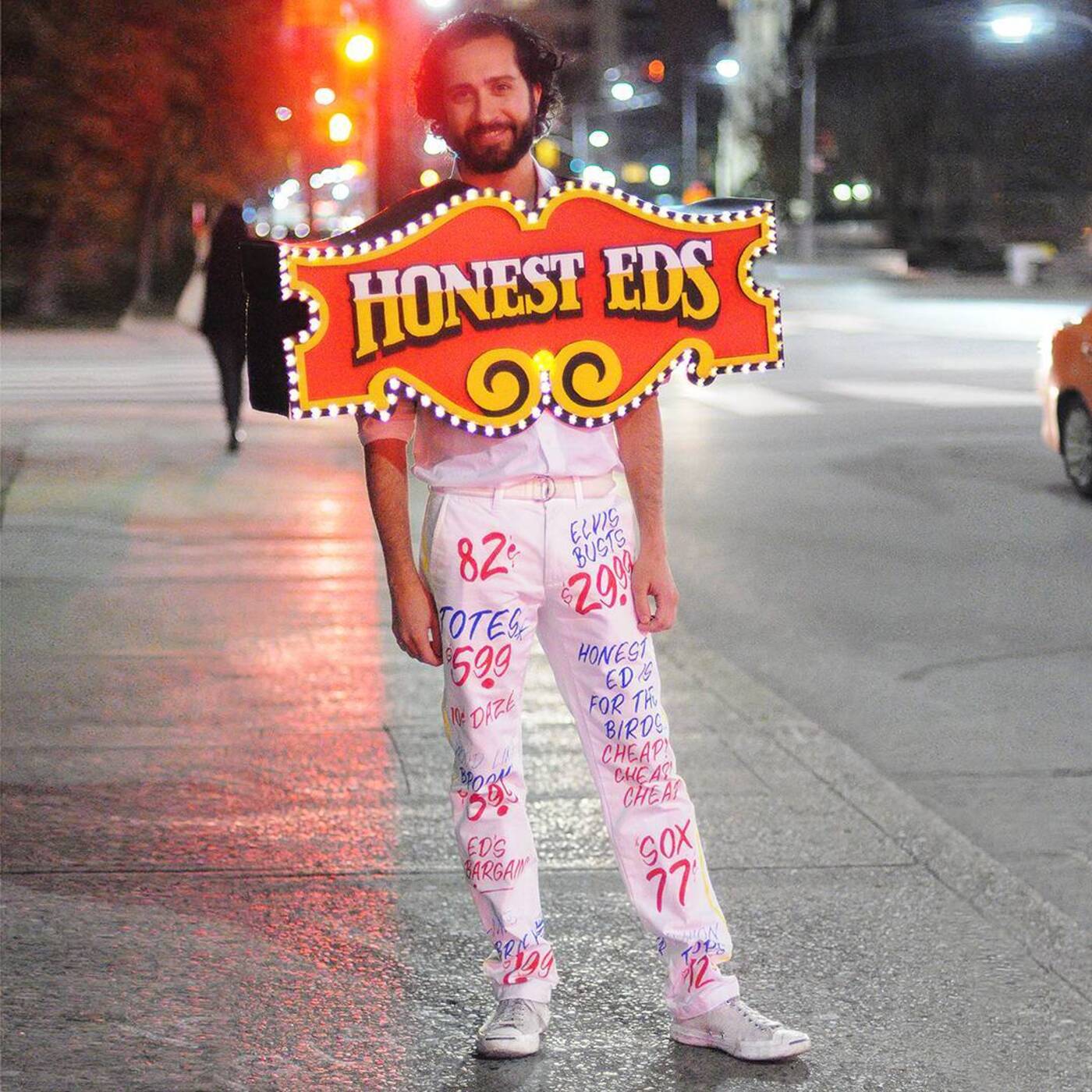 Photo via Rob Shostak, who cleverly dressed up as Honest Ed's for Halloween in 2016.

The Ghost of Honest Ed’s

Toronto-based designer Rob Shostak made headlines last year by going out for Halloween as Honest Ed’s. Now that the landmark discount store is officially gone, it can come back as a zombie. Check out Shostak’s costume for ideas. Undead accessories sold separately.

Not a regular mom, a cool mom

Amy Poehler's character from Mean Girls (which was famously filmed in Toronto) makes for great reaction GIFs – and probably a great Halloween costume, too. Channel your inner Mrs. George with a pink velvet tracksuit and many, many martinis.

Too soon? Dressing up as the recently-deceased Playboy founder would certainly count as topical. Plus, you could easily make this one a group costume with the addition of bunnies (stuffed bunnies count.)

Stick it to the man, millennial snowflakes! This costume says “I care more about brunch than buying a house” and can be constructed using various combinations of cardboard, foam, paint, and entitlement. 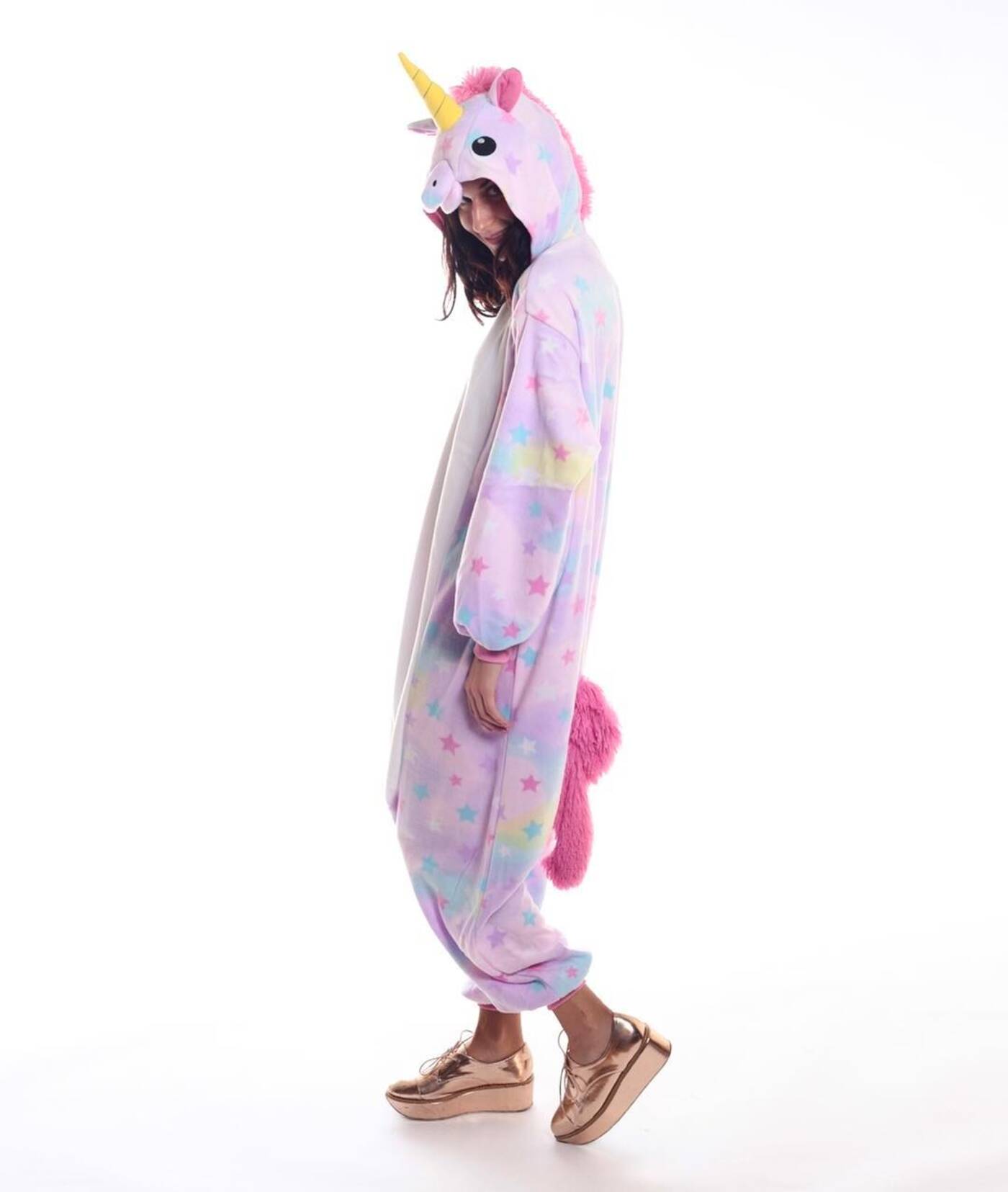 Onesies are a great Halloween costume option for people who like to look cool, but hate to try hard. Photo by hellokigurumi.

Speaking millennials (we like unicorns, have you heard?) 2017 has been the year of sparkly horse trends. From unicorn hairstyles to pink and blue frappuccinos, there's a lot to pull inspiration from for Halloween this year. Try a unicorn kigurumi for maximum mystical simplicity.

Heading out for All Hallows' Eve as part of an all-girl crew? Pay homage to Margaret Atwood's dystopian book-turned-TV show The Handmaid's Tale. The long red robes and bonnet of a handmaid will surely keep you warmer than the garb of a Spice Girl, and the costume isn't too hard to DIY.

He's cute, he's popular, and there's nothing he can't enhance with his silly augmented reality moves. Dressing up as the Snapchat hotdog is a surefire way to end up in lots and lots of random photos this Halloween.

Early this year, a tiny bandit was caught on camera robbing a west-end convenience store. Like so many mischievous Toronto animals before it, the black squirrel went viral after its adorable crime spree. This one should be easy to pull off if you can carry 40 chocolate bars. 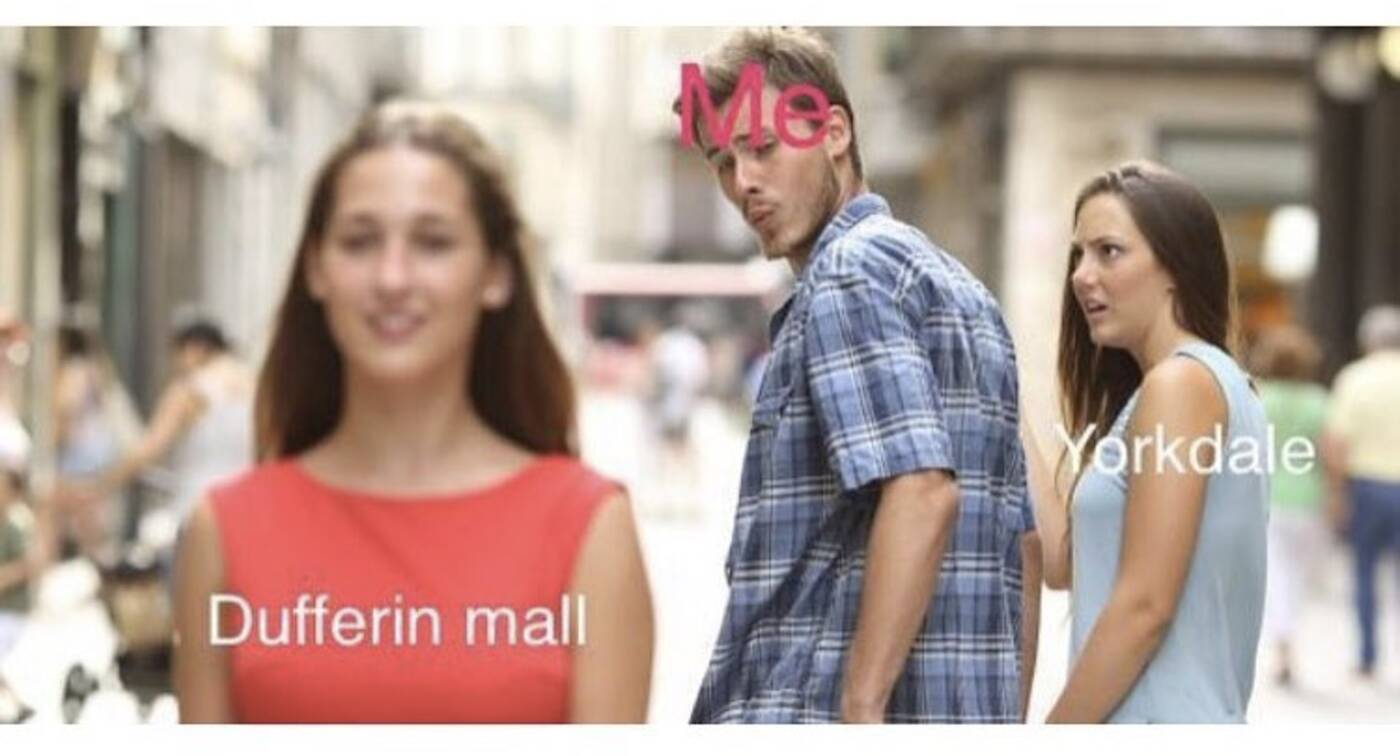 Plenty of Torontonians got in on the fun when a captioned stock photo series exploded this summer, including a Dufferin Mall tribute account. Photo by @thedirtyduff.

The possibilities are endless with this one. Simply grab two friends, print out some captions, and practice your dramatic tableau. Bonus points if you can blur the foreground in your Instagram snaps like the original stock photo.

We'll be seeing plenty of characters from Westeros around Toronto on Oct. 31st. Pair up with a friend or your sweetie as Game of Thrones bastard-turned-King of The North Jon Snow and his dragon-riding aunt/girlfriend. *awaits hate mail about spoilers*

It'll probably take you less time to build this costume than it would have taken to actually wait in line for charcoal-infused anything this summer.

Channel your inner Ryan Gosling with a costume from Blade Runner 2049. The film is still in theatres, but any replicants who've already seen it will surely take notice of your presence at parties. All you need to pull it off is a fake pistol, some huge lapels and a sexy, brooding stare. 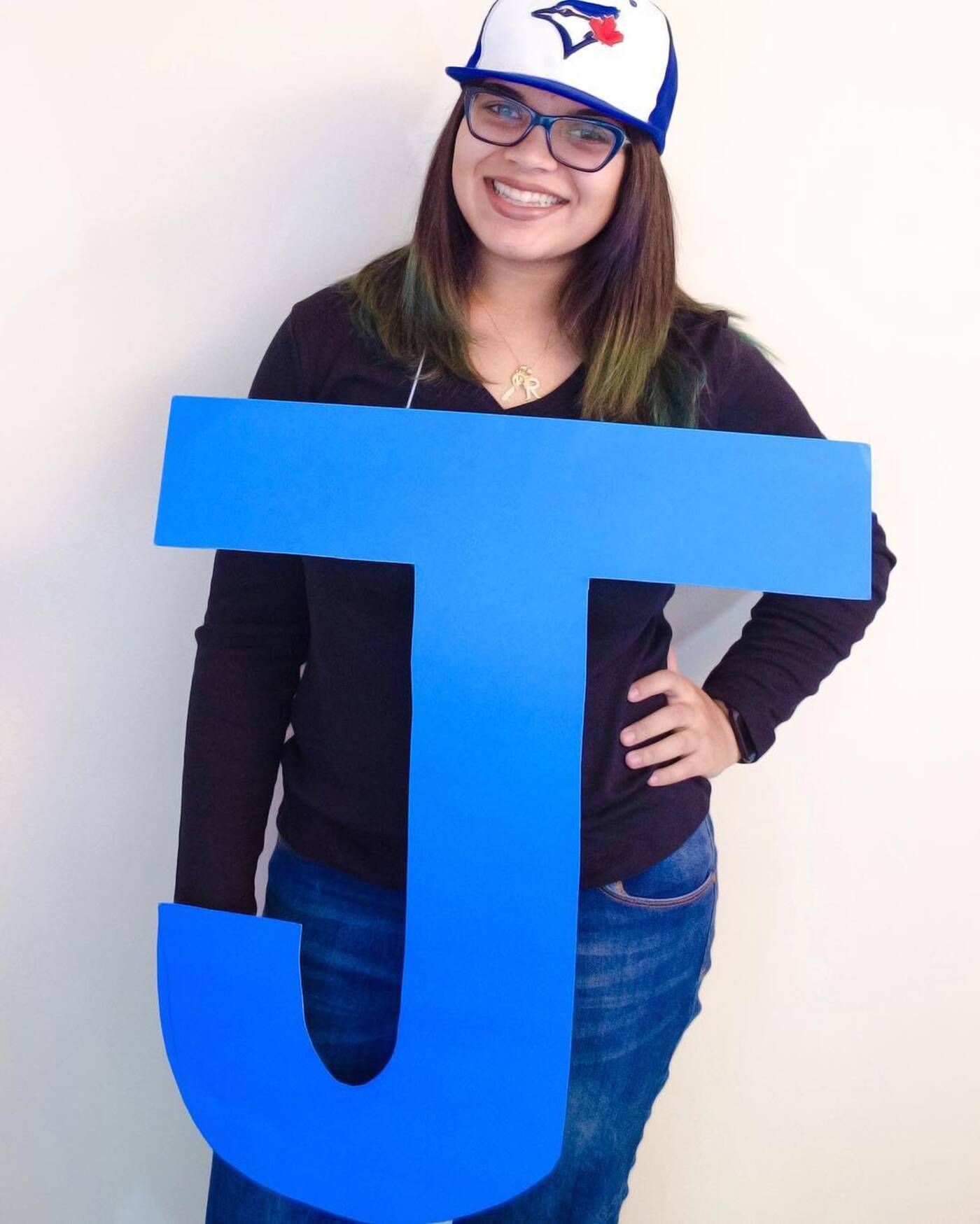 A head-to-toe Blue Jays uniform is difficult and pricey to procure. Get the same point across with a clever "blue J" costume instead. Photo by rukhimonster.

Dressing up like a professional athlete is never a bad idea. Sports jerseys are, however, expensive. Root, root, root for the home team by dressing as a blue "J" like this smart cookie instead.

Paint yourself orange and scream obscenities into the night. People will get it, but make sure you say "nukes" and "North Korea" every couple of minutes. Just to be sure.

The saga of the banana suit lives on this Halloween as a New Jersey company called "Rasta Imposta" moves to sue K-Mart over a trademarked banana costume that looks a bit too familiar. Get in on the action by donning your own banana suit. You won't be alone.

This costume is based on a delightfully weird and bizarrely popular SNL character played by Tom Hanks last year. With hundreds of stores now stocking pumpkin-print suits, it's sure to be popular – but that doesn't make it any less amazing. Any quessstioooons?