A popular downtown Toronto bar that is no stranger to controversy has once again offended one of its customers — this time by violating public health orders in plain sight, without apology.

Locals Only, located in Toronto's club district at 589 King St. W., reopened for indoor dining earlier this month alongside most other restaurants and bars in Ontario under Step 3 of the provincial government's Roadmap to Reopen plan.

While it's now fully legal for patrons to hang out, eat or drink indoors, strict rules are still in place regarding the use of masks and face coverings. Ditto for physical distancing and capacity limits.

Under the Reopening Ontario Act, all "nightclubs, restoclubs and other food or drink establishments with dance facilities" must cap the number of people indoors to "permit physical distancing of two metres" between all parties.

Masks and face coverings are required indoors and outdoors at these venues ("with limited exceptions") under both provincial orders and City of Toronto bylaws.

These and other "public health and workplace safety measures" are all laid out clearly by the province in Ontario Regulation 364/20: Rules for Areas at Step 3 under the Reopening Ontario Act.

It's also pretty common knowledge that servers, bartenders, retail employees and staff at other public-facing jobs in Ontario still need to wear masks at work. I mean, when's the last time you saw someone indoors or outside taking orders bare-faced? March 2020?

For a Toronto resident named Natasha (last name witheld for privacy), it was on July 24 at Locals Only. 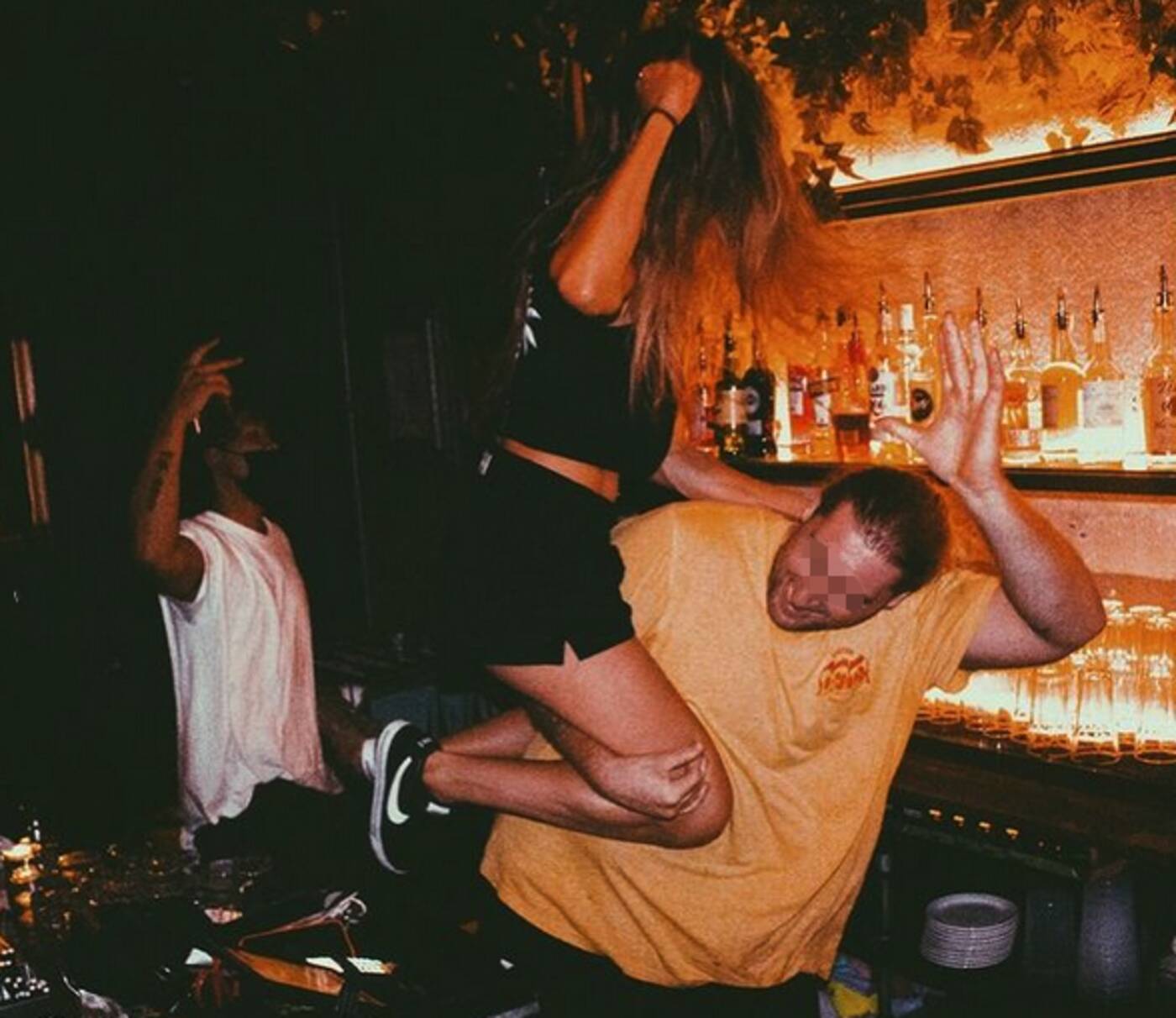 This photo was uploaded to Instagram by an apparent employee of Locals Only in Toronto's King West neighbourhood on July 27. Image via Christina Cruise.

"I was at the restaurant this past Saturday, and was appalled that all servers, bartenders and kitchen staff were not masked," she tells blogTO.

"What was worse was servers only wore their masks to attend to outside patio seated guests, and would purposely pull them down under their chin when speaking with indoor diners."

Videos and photos shared to social media back up Natasha's claims. One series of photos posted by an apparent staff member, in which several Locals Only employees are seen working with their masks pulled down, was deleted from Instagram after blogTO reached out to the bar for comment.

Locals Only has yet to respond to Natasha's allegations or reply to blogTO at all, despite multiple requests for comment.

And this, says Natasha, is part of why she complained; it wasn't only the mask thing that made her decide to go public, she felt that the general atmosphere at the bar "almost challenged those who were uncomfortable to say something about it."

"Bartenders were allowing other patrons sitting at a bar to shake and mix drink orders for tables and patrons not in their groups," she added. "There was no social distancing."

Under provincial law, indoor and outdoor tables must be set two metres apart unless separated by physical barriers. A venue can have up to 25 per cent its regular capacity or 250 patrons, whichever is less, during Step 3. Outdoor capacity is limited to 75 per cent or 5,000 people.

Even the appearance of blowing off rules has been enough to spark literal fights in Toronto's club district, but business owners should note that they stand to lose a lot more than customers by eschewing public orders: Individuals who violate the Reopening Ontario Act can still be fined $750 with fines of up to $100,000 upon conviction, while corporations can be dinged $1,000 up front and up to $10 million in court.