Toronto bar under fire for "no means yes" sign

There's nothing to joke about when it comes to rape culture and consent, a lesson which one Toronto bar learned the hard way this weekend.

A sign with the phrase, "No means yes and yes means a***," recently cropped up at the King Street West establishment Locals Only.

According to CBC News, one disgusted patron tried reaching out to the bar about it before posting it to Bunz Helping Zone yesterday. Later, a photo of the sign also appeared on The Food and Wine Industry Career Navigator Facebook page.

Bar co-owner Jonathan Condren told CBC that he and his team were "upset, shocked, disgusted, appalled and truly apologetic," and that, "There's no place for a sign like that to be anywhere."

Locals Only issued a formal apology on Facebook, indicating that the employee responsible for the sign would be terminated. 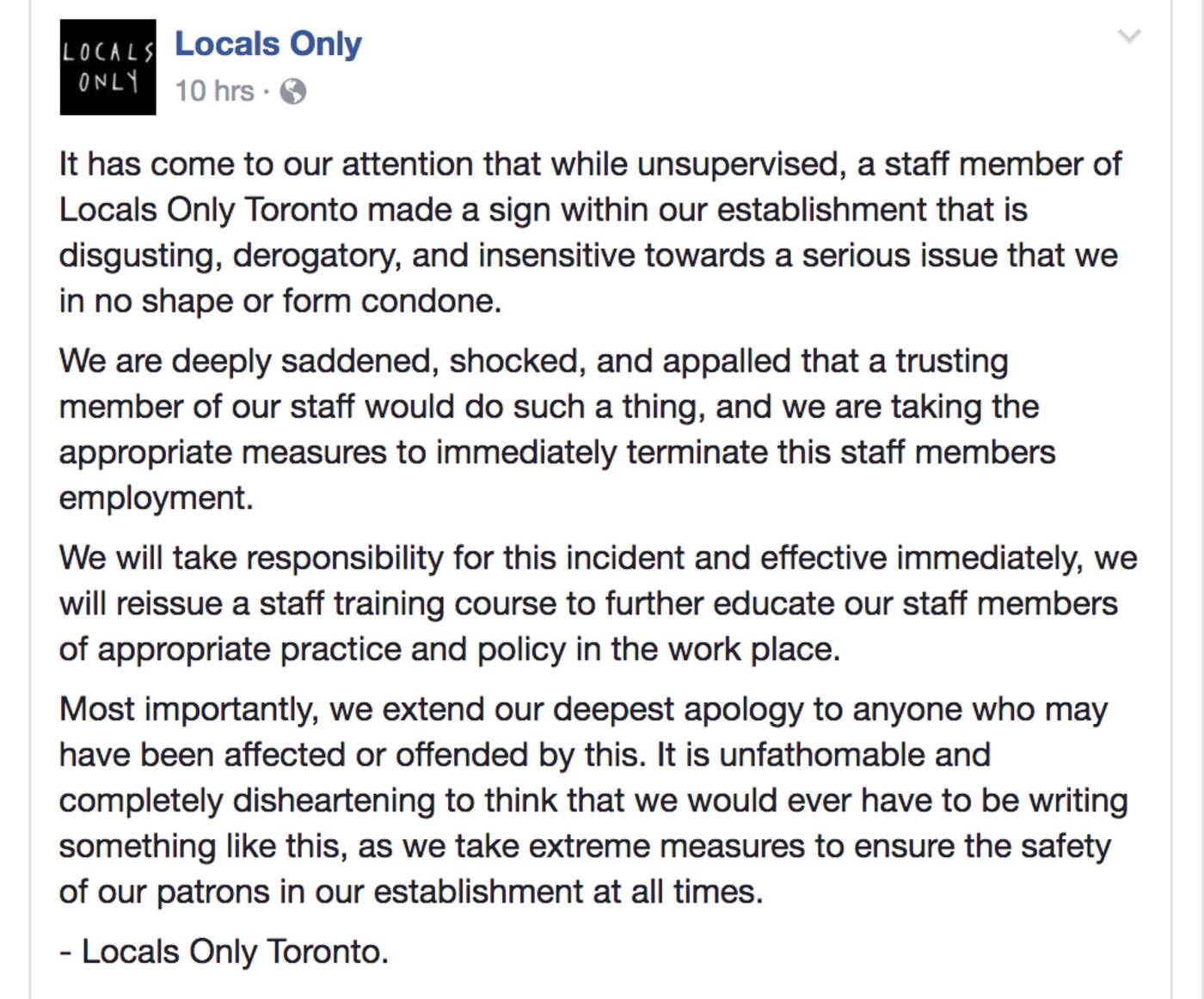 Many, however, were unsatisfied with this response, saying the bar needed to go further in order to stop perpetuating rape culture.

Some posted photos of other troubling signs that had previously appeared at the bar, such as "Snapchat me that pussy," "Dry slump? Do the Trump," and "Too naughty to say no."

Along with taking to social media, critics have also been leaving negative review for Locals Only on Yelp and on Facebook.