Locals Only is a snack bar located below the venerable Home of the Brave on King West. The chill industrial hangout serves food and drinks until 2 a.m. 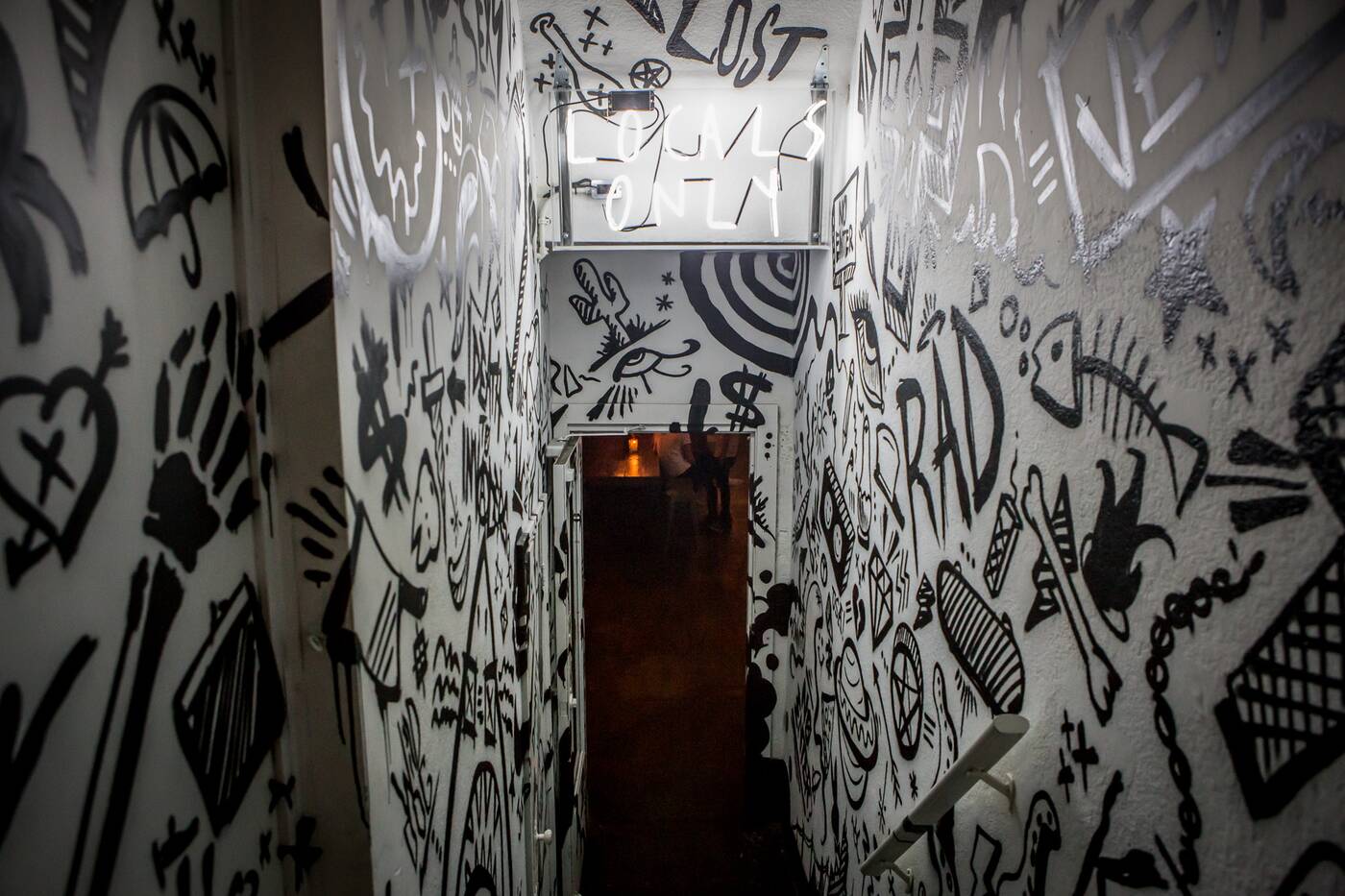 Inside, the space is highlighted by scraps of neon, the first of which spells out the name of the bar and guides you down a white staircase spray-painted with graffiti. 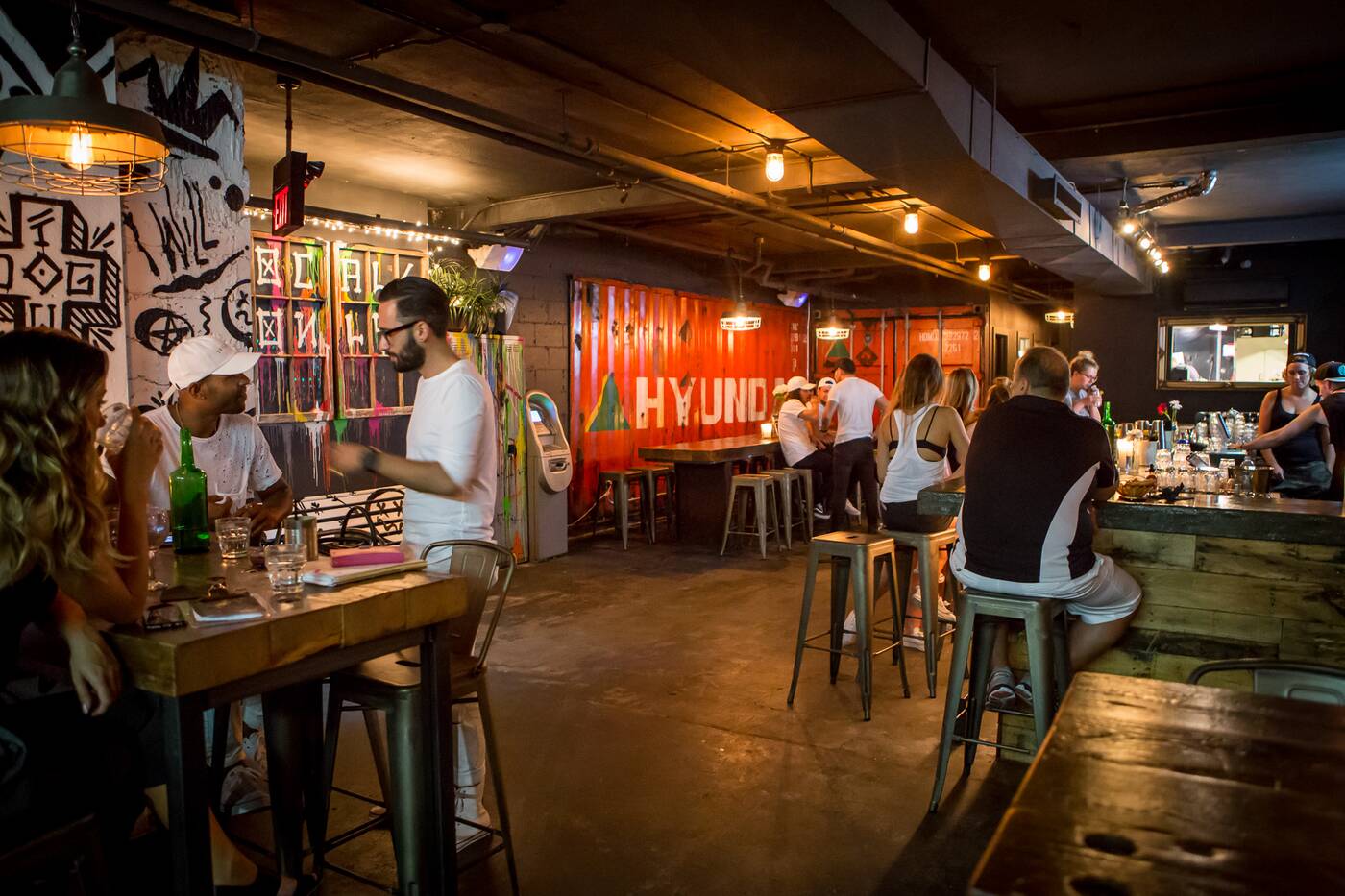 The bar is custom made acid stain concrete, the tables are custom made by Montgomery from 100 year old Douglas fir wood, and there's a giant piece of shipping container near the back. 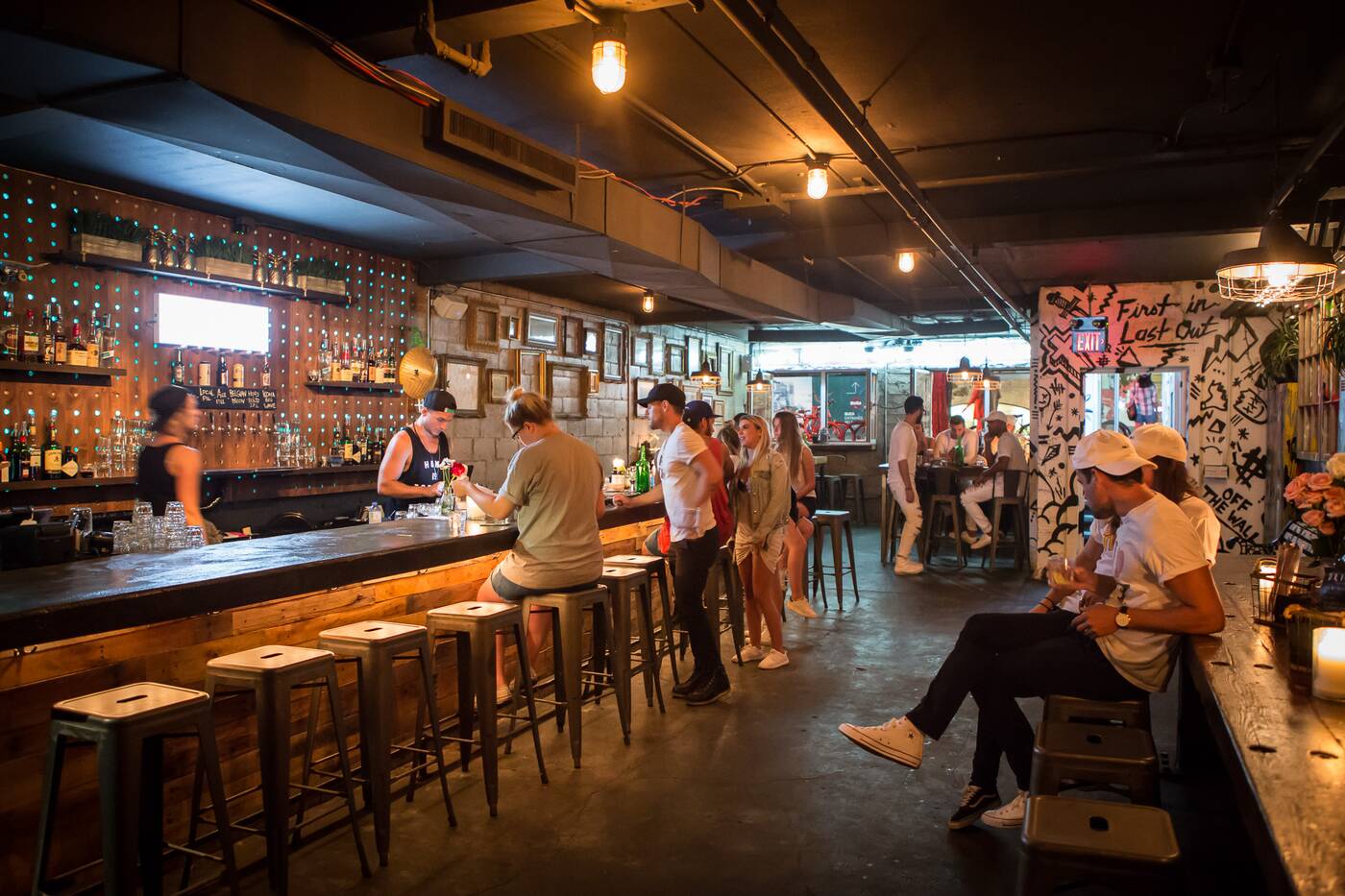 The back of the bar is a light-up peg board which actually functions so that the bar's shelves are moveable. In the middle of this is a tiny little marquee which the staff change up independently every day. 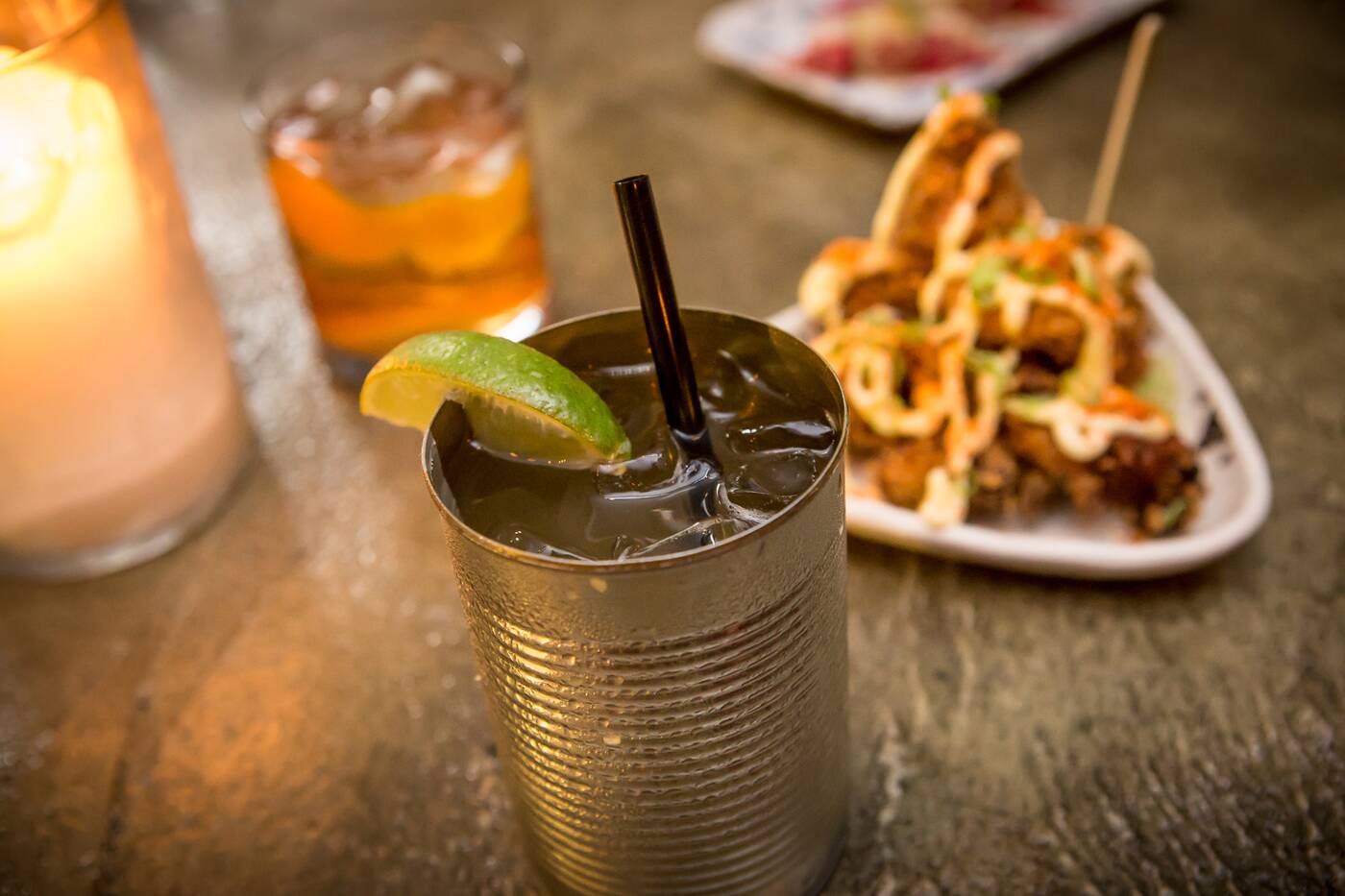 We try some cocktails to start: the Only Mule ($12) is essentially a Moscow Mule (vodka, ginger beer and lime) with the addition of a little pineapple. Instead of the traditional copper mug, which apparently invites theft, they serve their Mule in a nulled tin can. 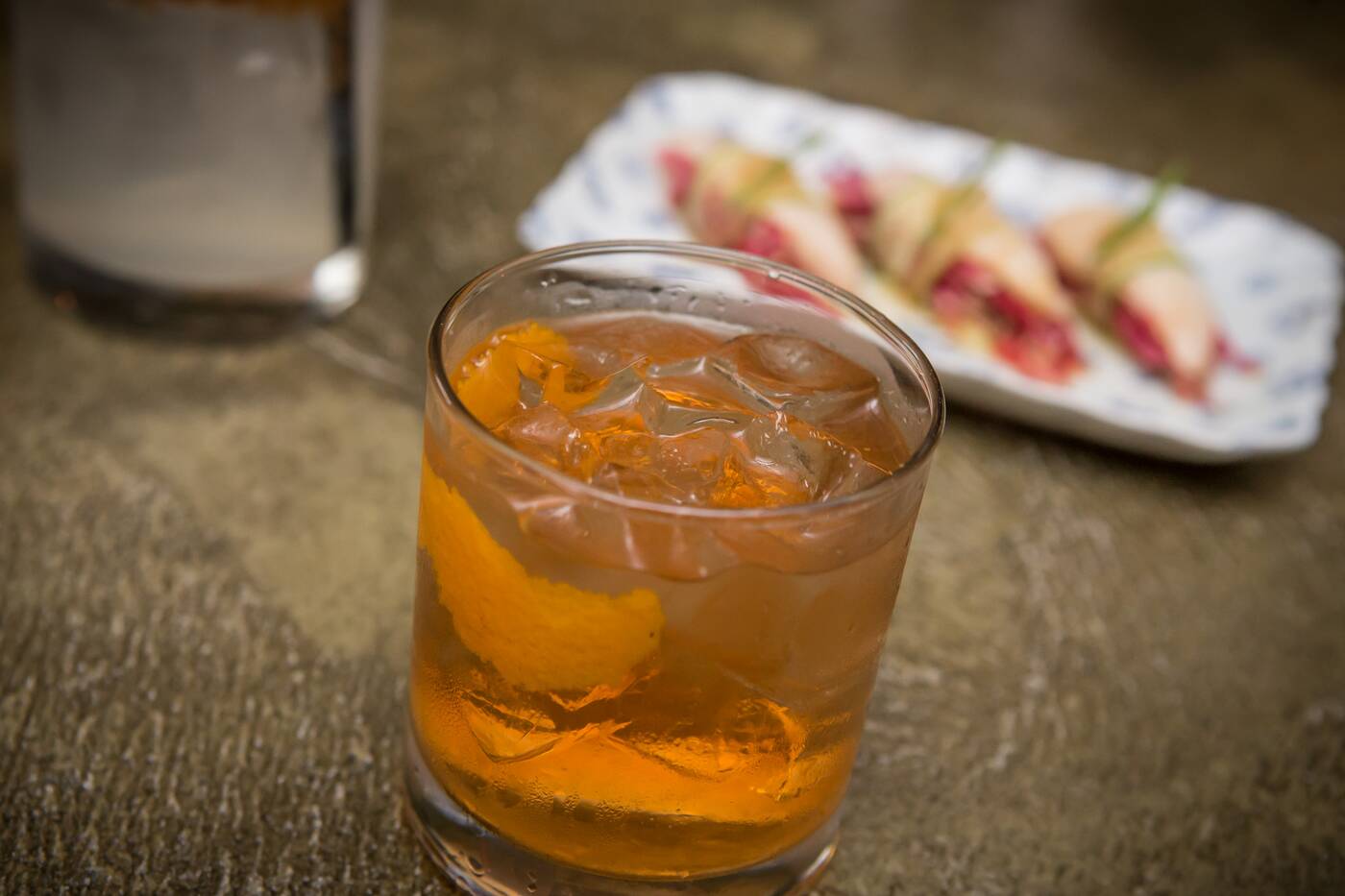 The Old Formado ($12) is a tequila Old Fashioned made with Tromba. Other than the tequila, it's just good old orange and bitters. 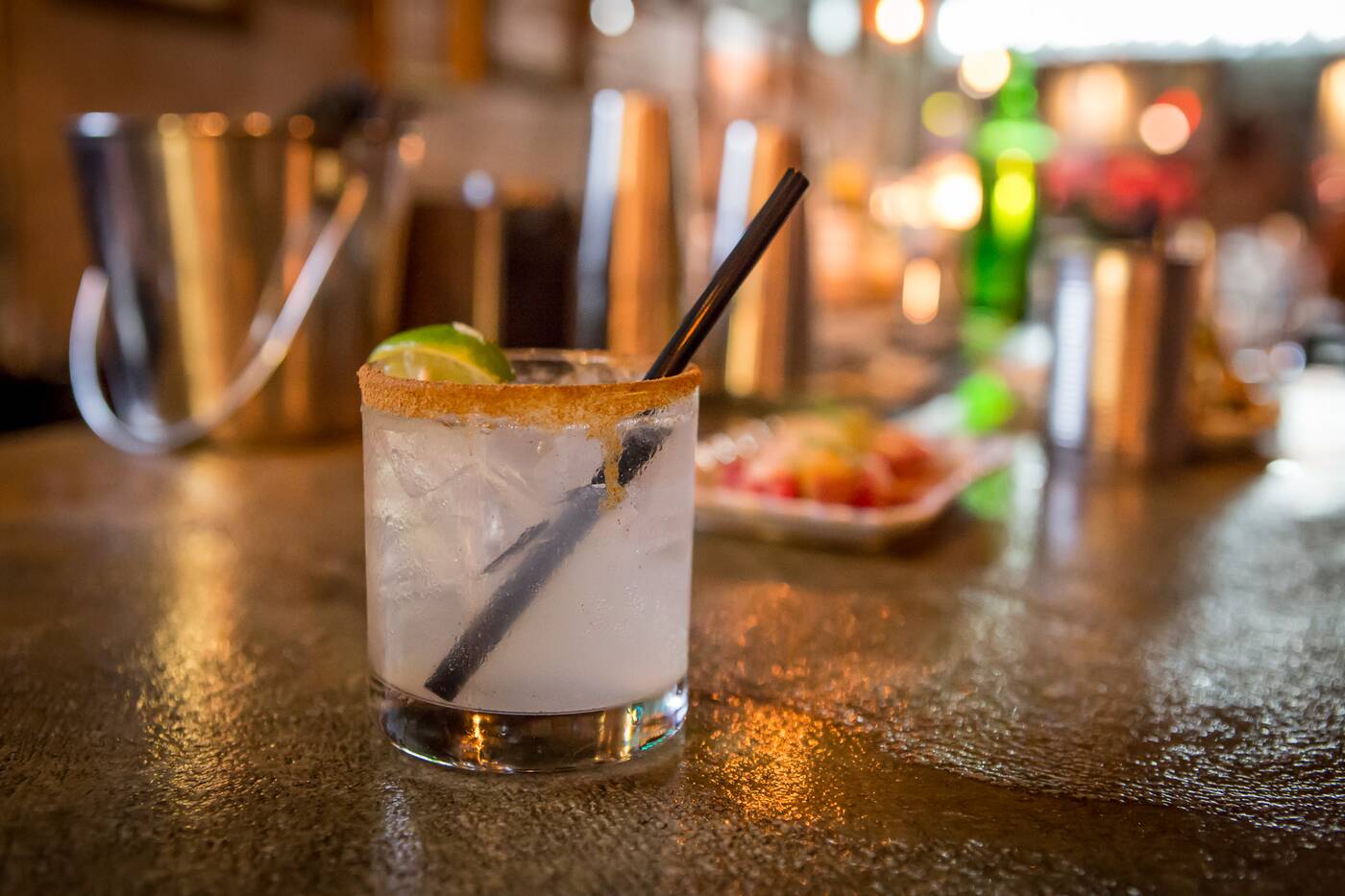 An invention of the owner's mom is the Coco Loco ($12), a coconut water cocktail made with tequila, vanilla and citrus and rimmed with cinnamon. If nothing else, it's a funny nod to the coconut water trend. 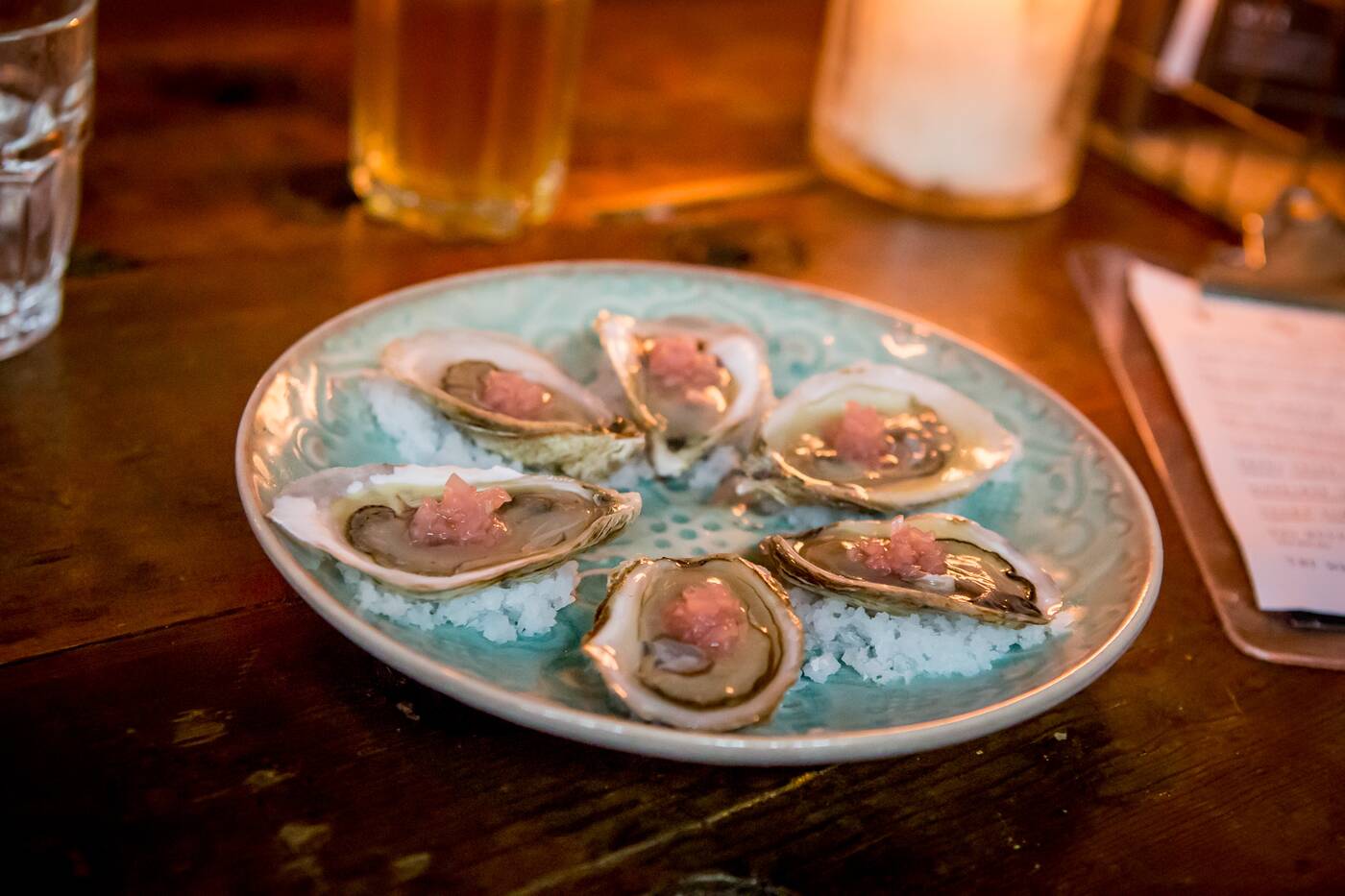 As for snacks, we start with a simple half-dozen oysters ($18), served on rock salt with just a touch of lemon and yuzu mignonette: they wanted to serve a clean tasting oyster that would combat the overloaded versions they saw.

The snack bar portion of Locals Only is overseen by Jennifer Chung, formerly of Nota Bene and Lee . 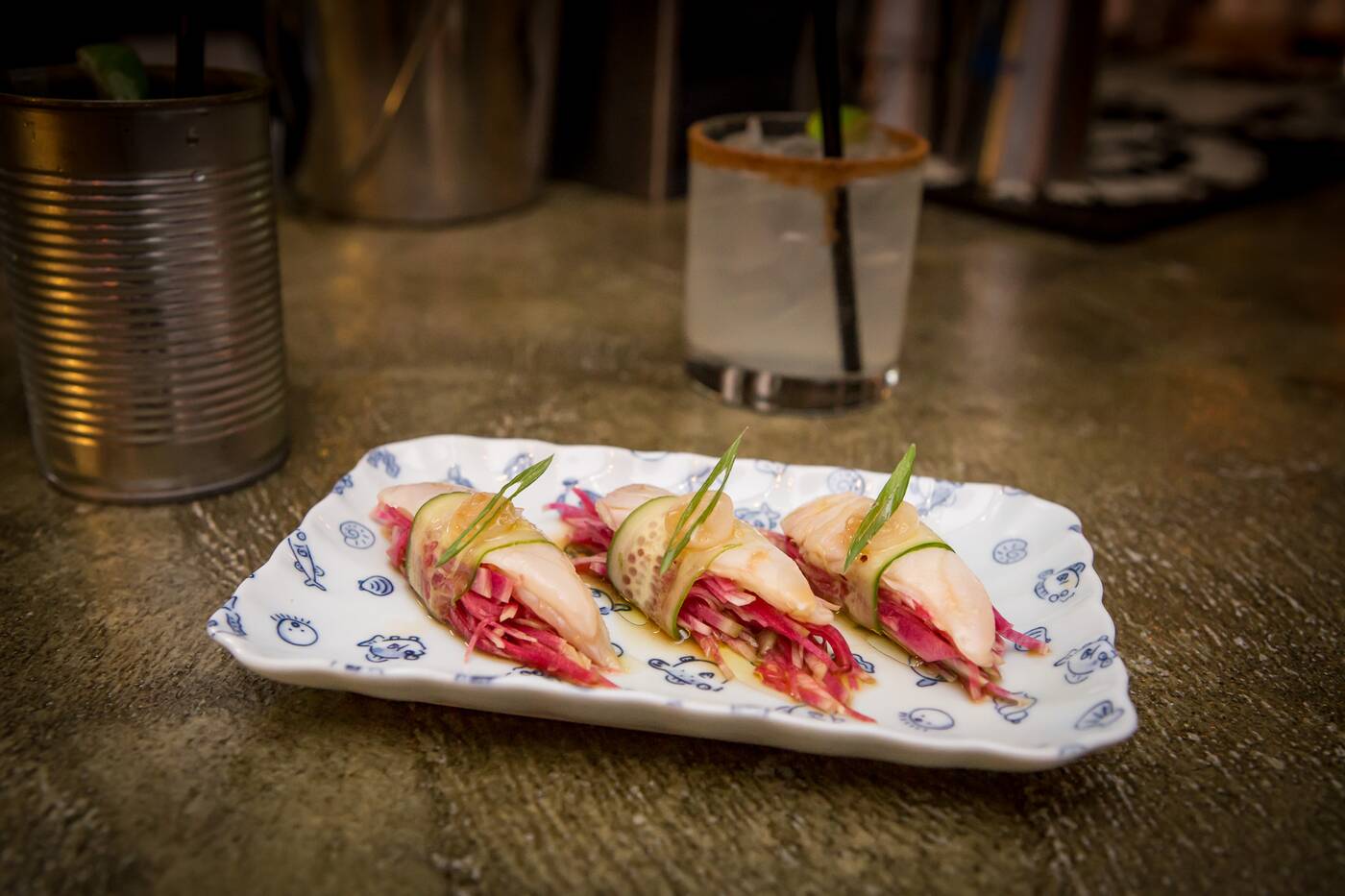 We also try a red snapper ceviche ($8), brilliantly presented rolled up with a slice of cucumber and topped with shallots, making it look like pieces of sushi. The snapper is marinated with ponzu, fresh lime, pickled ramps, and radish. 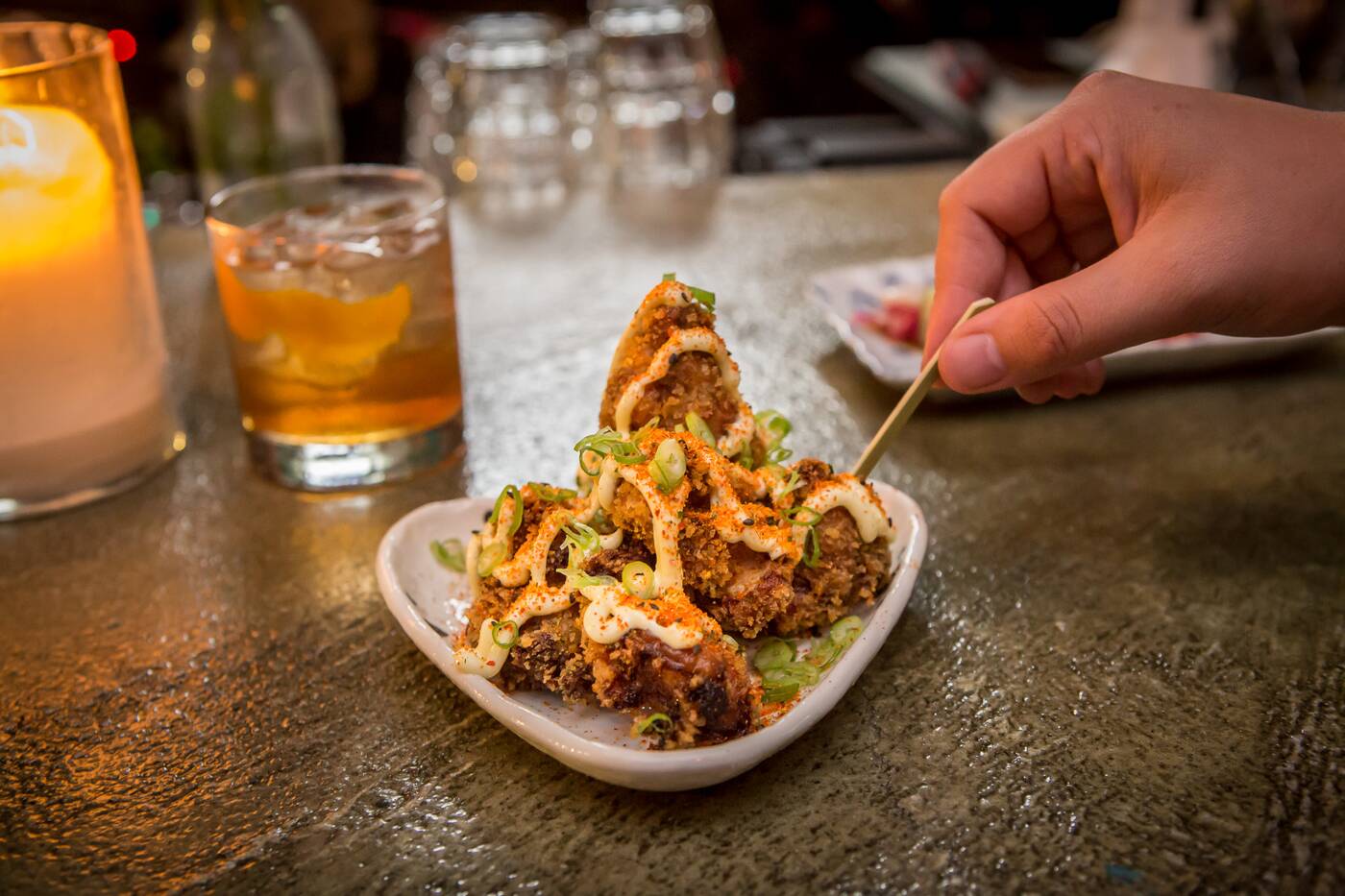 A popular and easily inhaled item is the fried chicken ($8), which concedes to the finger food only rule with toothpicks for spearing.

All their meat is from Sanagan's which means it's hormone-free, and these chunks of chicken are marinated with soy, ginger and scallion for at least forty-eight hours. It's breaded with panko and finished with some lemon and asian mayo. 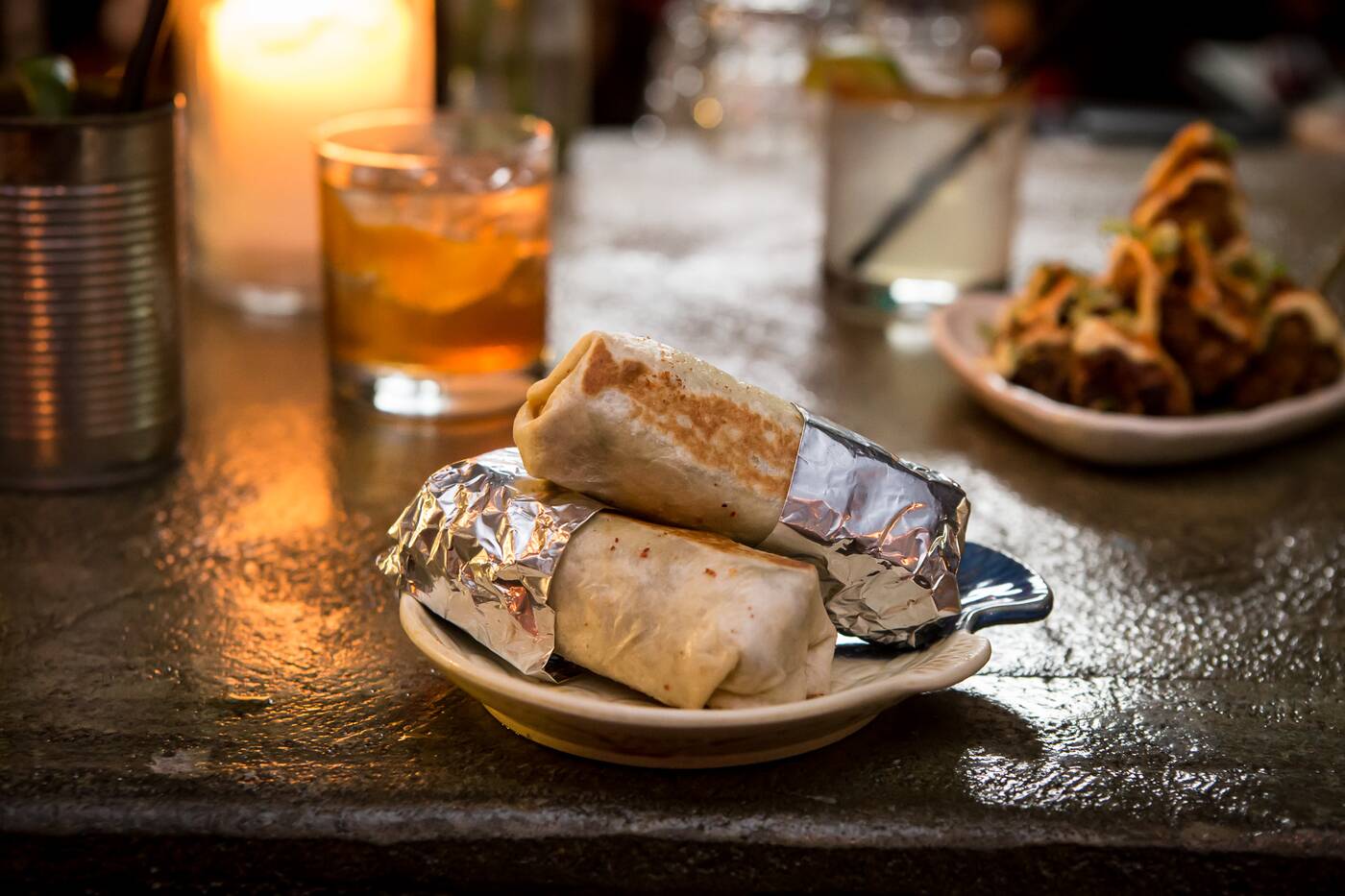 Lastly we grab some super cute mini "brahrittos" ($10). They're stuffed with chicken but for a dollar extra you can get snapper. Along with that there's guac, pico de gallo, and black beans.

You can also order "The Whole Shebang," which is everything on the menu for $60. 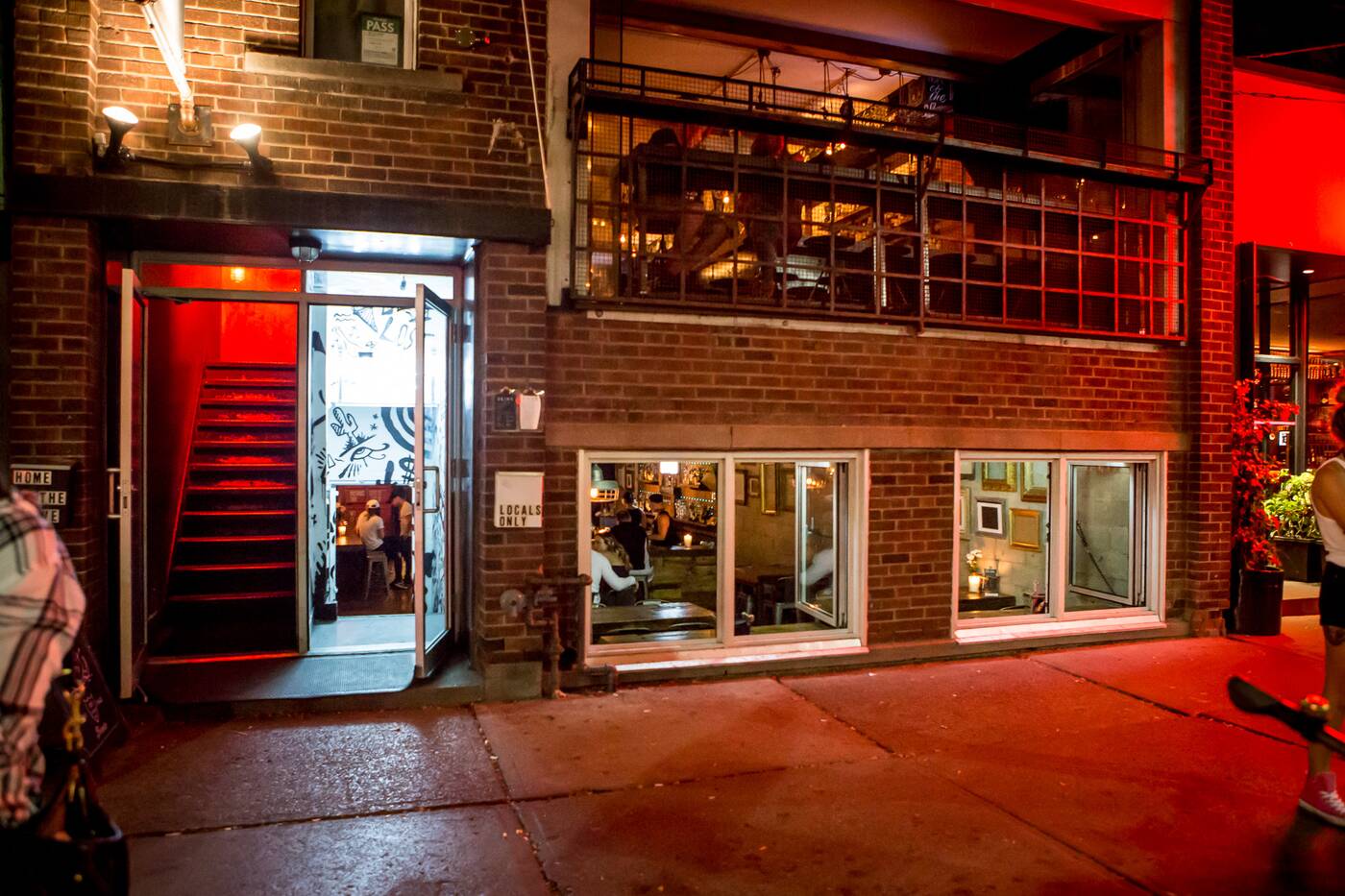