Brisket in Toronto can be found at some of the city's best barbecue joints. These tender slabs of meat are cooked with care for hours at a time and don't need to be devoured on a bun. Whether you like it sauced up or au natural, these are the spots to visit for your fix.

Here are some places to get barbecue brisket in Toronto.

The BBQ joint in the Port Lands has their brisket seasoned simply with salt and pepper, moist and incredibly tender. Order it up on its own or in a sandwich.

The brisket at this Scarborough joint is definitely not traditional. The secret ingredient to their marinade recipe is oyster sauce which gives it an extra flavour boost. Come hungry and order the Big Bang Brisket Dinner which comes with a side of rice and slaw. 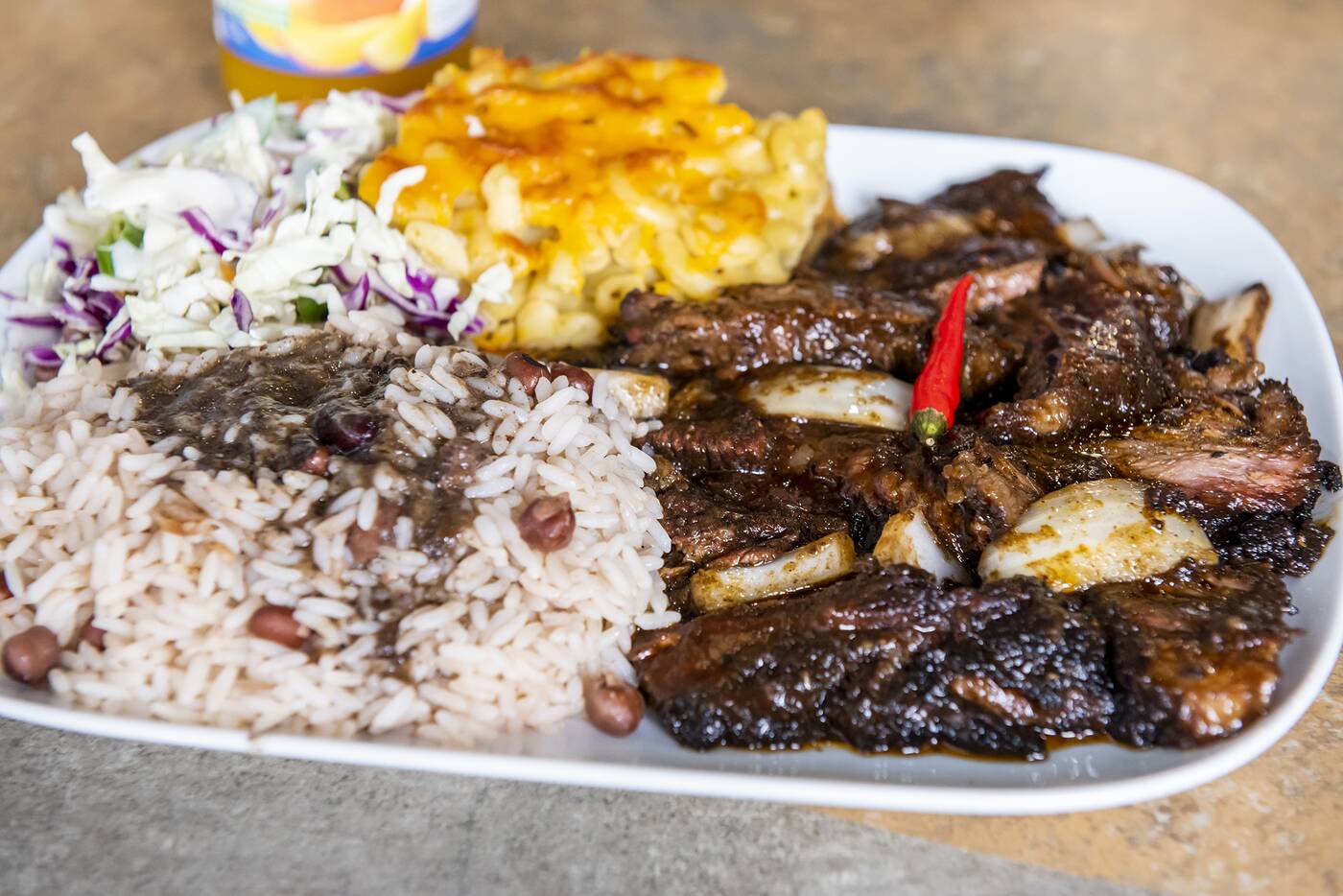 Indulge in flavours you've never had before at Art of BBQ. Photo by Hector Vasquez.

Roncesvalles' favourite smokehouse cooks their brisket for 12 hours. It's available by the half pound and best devoured with delectable sides of smokey dill pickle slaw and BBQ fries.

This Southern-inspired restaurant near Queen and Church serves up Texas-style beef brisket on its own or in their Pitmaster Platter accompanied by ribs, pulled pork, sausage and fried chicken.

Head to this restaurant in East York for brisket that is very peppery, fatty and tender with a full beefy flavour. Get the meat on it's own, stuffed in a sandwich or even on a pizza. 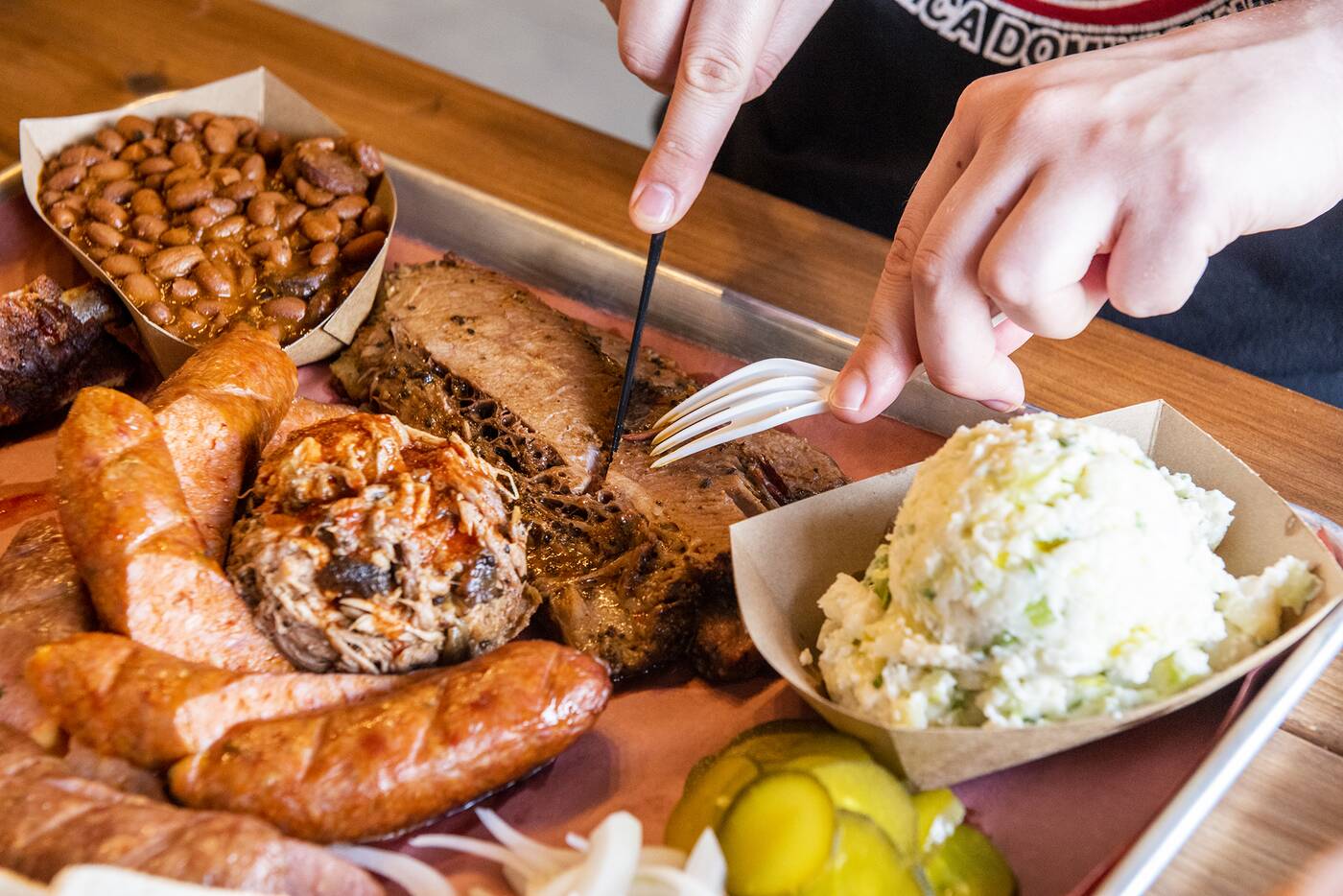 Satifsy all your meaty cravings at The BarBQ Factory. Photo by Hector Vasquez.

Upper Beaches and the Danforth is home to some the best barbecue in the city. The tender and moist brisket is available straight up by the 1/2 pound or in their Austin sandwich that's drizzled with a signature Texas BBQ sauce and topped with a pork rib. 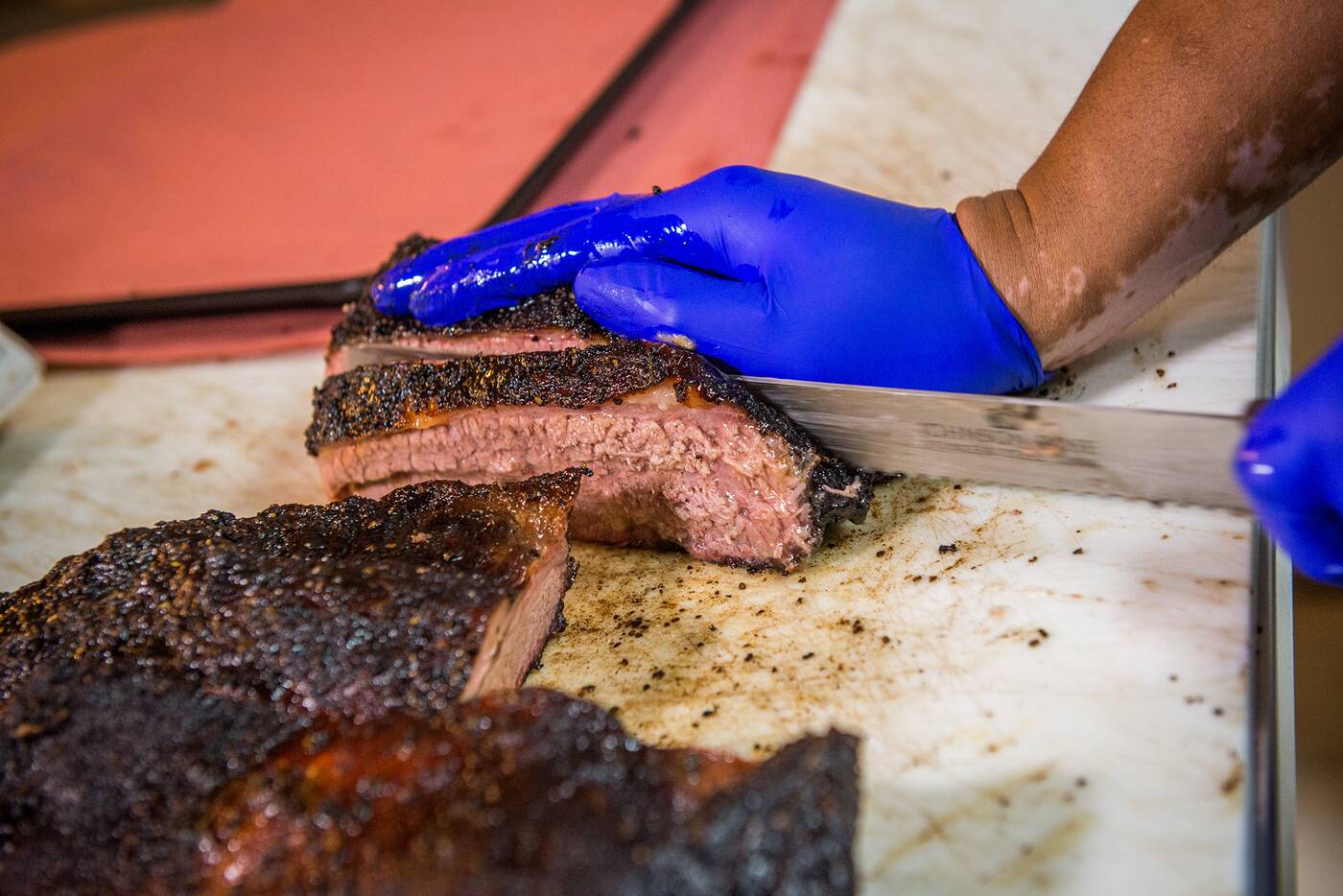 This West Queen West barbecue joint serves up beef brisket in a vareity of ways. Get it straight up, in a platter or topped on ooey gooey macaroni and cheese.

Order up the Brisket Plate at this restaurant near Yonge & Lawrence and be delighted when you sink your teeth into a half pound of hand-carved brisket with BBQ sauce, corn bread and fresh cut fries.

Hector Vasquez at Art of BBQ