Smoque N Bones is a BBQ restaurant situated kitty-corner to Trinity Bellwoods in a storefront formerly home to Gino's Pizza. I visit during the madness of opening day; menus are still being printed after doors open, and takeout containers have yet to arrive. That's unfortunate, since the 30-seat room reaches capacity in the first 15 minutes. 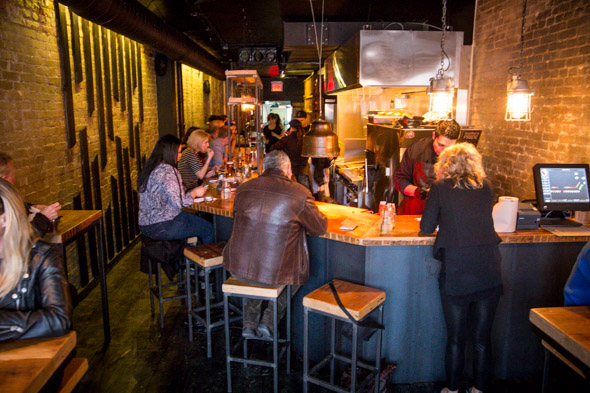 The narrow room is decked out with salvaged wood and houses only a handful of tables, while stools are pulled up to a counter that wraps around the open kitchen. A Southern Pride smoker is positioned up front, displaying racks of ribs as they cook in a fog of thick hickory smoke. 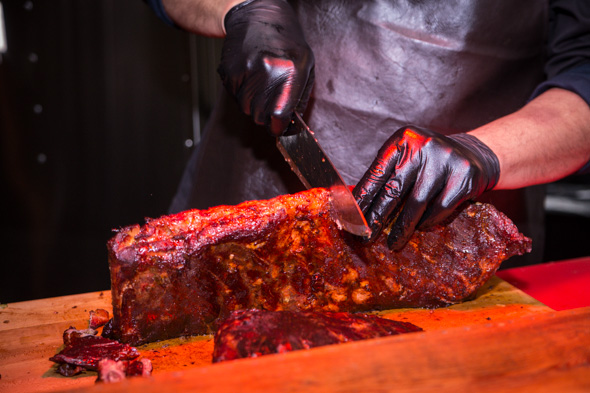 Owner and first-time restaurateur Alex Rad carves pork ribs ($27.50/full rack, $15.50/half rack) as they come out of the smoker in three-hour intervals. They're served naked straight from the smoker - not even finished on the grill - with barbecue sauce supplied on the side with a brush for DIY application. The plan is to offer four regionally-inspired sauces, though there's just one thick tangy variety perfected in time for their debut. 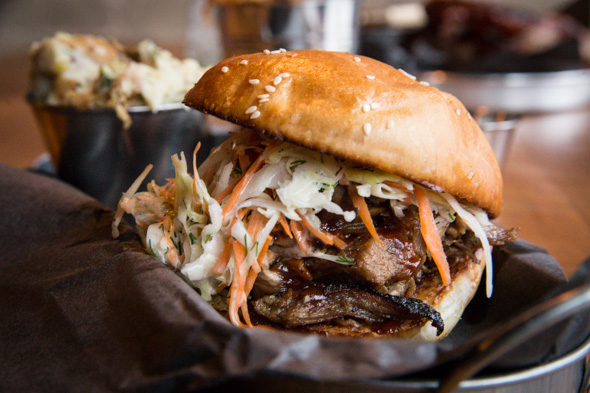 Once the ribs sell out, the rest of the menu still holds its own, offering smoked selections like beef ribs, pulled pork, brisket, andouille sausage and wings. There are sandwiches too, like the pulled pork ($7.90) smothered with sauce, piled onto a squishy white bun and topped with creamy slaw. 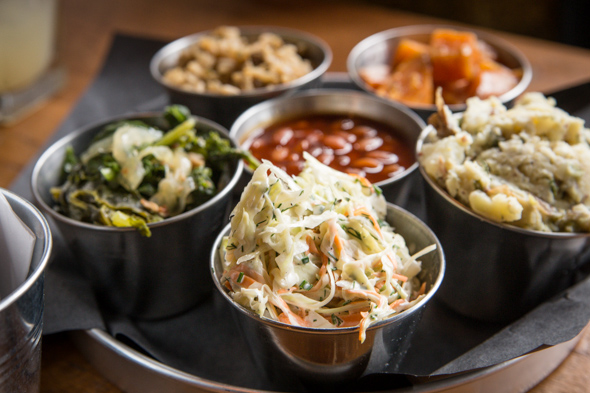 Southern sides are evenly priced at $3.90 each and include all the essentials. There are sweet options like candied yams and baked beans; comfort foods like collard greens, dirty rice, cheesy grits and mac n' cheese; cold salads like coleslaw and potato salad; and fried faves like shoestring potatoes, sweet potato waffle fries and buttermilk onion rings. There is something for everyone ... just not vegetarians. 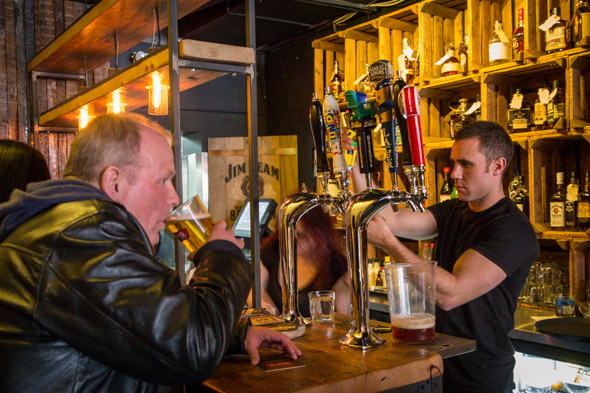 The bar is stocked with draught beers like Samuel Adams, Amsterdam Blonde, Muskoka Detour, Flying Monkey and Mill St. Tankhouse - pints run $6.50 to $7 and the taps selection will change occasionally. The cocktail list favours smoke-infused bourbon blends like a Traditional Sour ($9) frothed with egg whites, hand-squeezed lemon juice and vanilla. Non-alcoholic drinks like smokehouse lemonade ($4) and sweet tea ($4) are on offer too. 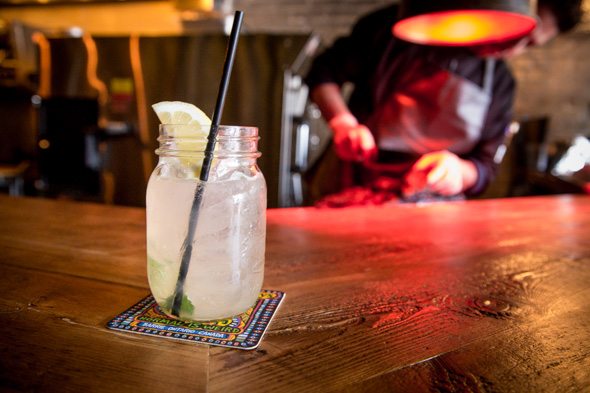 Smoque N Bones is currently open seven days a week from 11:30am to midnight, if not later. Brunch is expected to launch on the May long weekend. The restaurant has some kinks to work out, so expect some changes to the menu and prices as the kitchen finds its groove. 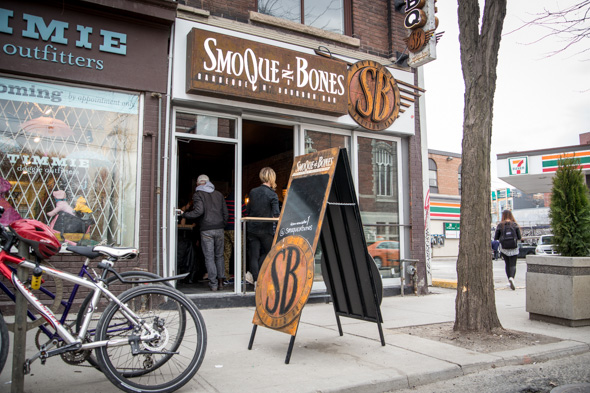 Menu item prices in this post have been updated from the original version.