The Carbon Bar is the latest offering from Nota Bene owners Yannick Bigourdan, David Lee, and Franco Prevedello. Given their shared history with venues as illustrious as Splendido , it's no surprise to see this project is as ambitious as it is. What is a shock, however, is the keen departure from anything approaching fine dining in favour of casual service and down-home cooking.

Servers wear jeans and t-shirts, and even the sneakers are officially part of the uniform (every staff member wears Adidas, but each are identifiable by their own unique colour of shoelace). In comparison with the vests and ties over at Nota Bene, it's a distinctly unglamourous approach. 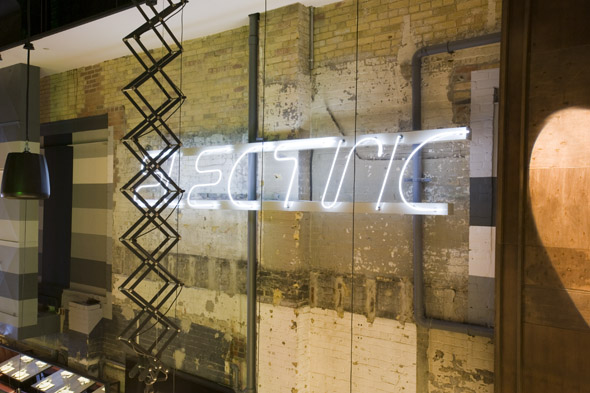 The dining room, on the other hand, embodies glamour. Occupying the former home of the Electric Circus nightclub ( not the same spot that hosted its gaudy TV namesake ), the space has also been used by Disney as a rehearsal studio. Nods to both are evident in one corner of the gargantuan room with a huge neon sign as well as a shelf of Donald Duck figurines by the chef's table. The fixtures are equally evocative of the club and studio history: accordion extensions drape globes of light across the room, which is dominated by booth seating. As you enter, there's a collection of mixing boards affixed to the wall outside the restrooms.

The down-home concept is also betrayed by the fine service pedigree at work here. Coats are checked upon entry, and while the stereo blared a comforting mix of modern day indie rock, the service felt more polished than you might expect. 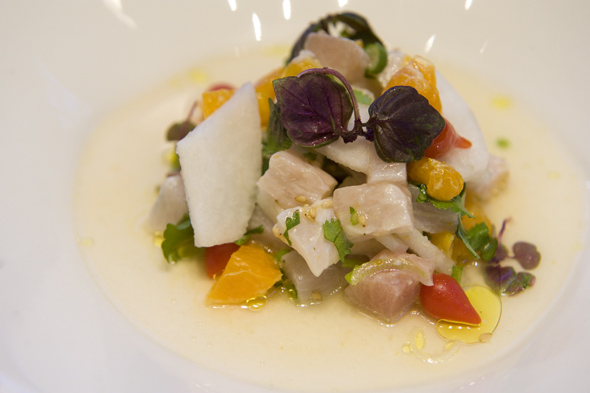 David Lee's menu, under the care of Chef de Cuisine Hidde Zomer, focuses on locally sourced ingredients and sharing plates. While a few dishes such as the Hamachi Tartare ($14 - yellowtail, slices of asian pear, clementines and sweet mini teardrop peppers are dressed in a Kombucha vinegar), and crispy chicken skin ($6, with a sweet chili vinegar) are classic Lee, the meat offers a serious departure. 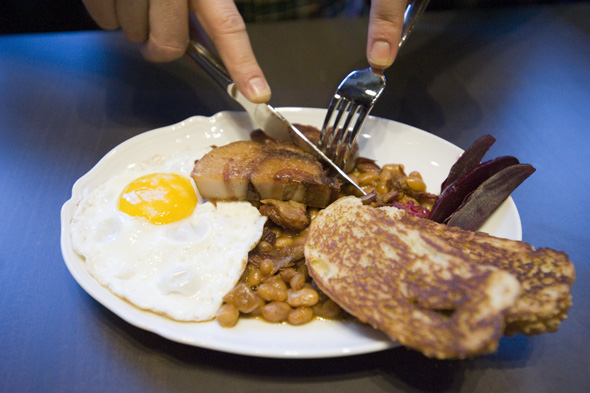 Queso de Cabeza ($13) is essentially a fried breakfast for dinner, with porchetta-laden baked beans, brioche toast, a fried egg, and pickled beets. The dish is crowned by a generous helping of pig's head that's been deboned and cooked sous-vide, before being fried. I loved it, but couldn't tell you when might be the appropriate time to order it again. 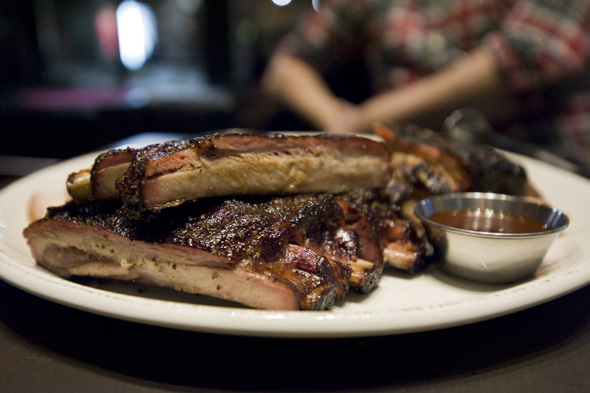 The kitchen spends a lot of time smoking in its wood fire pit, and the result is a ridiculous Pit Master Platter ($29 per person, minimum 2 people), encompassing the best brisket I've had in the city, alongside pork side ribs, jalape単o sausage, smoked turkey, and pulled pork, with a choice of sweet or vinegar based sauces. It's a heavy undertaking and requires at least a side order of collard greens ($5) to help the stomach cope. All the meat is seasoned only in salt and pepper, showcasing the quality of the cuts they're using. 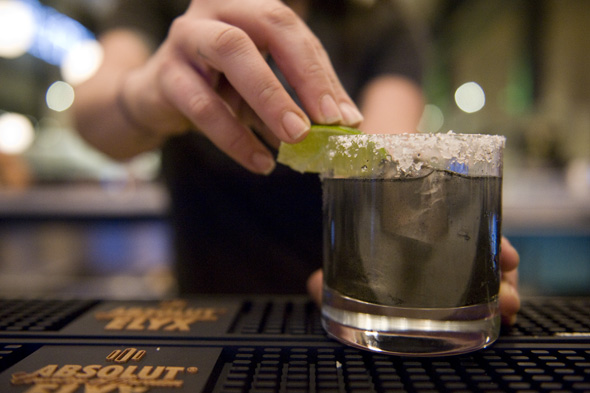 The wood from the smoker also makes its way into the well-crafted cocktail program, with the charcoal shaken into margaritas ($16) to produce a black tone. Those sweet teardrop peppers are also in play in The Alibi ($16), a blend of tequila, Chartreuse, lemon, and buckthorn guajillo chili syrup. Most of the bar's focus is on either tequila or brown liquor of some variety, and the wine list is restrained, with bottles at either a $39, $59, or $79 price point (don't worry, there's a secret list of some fancier bottles available on request). 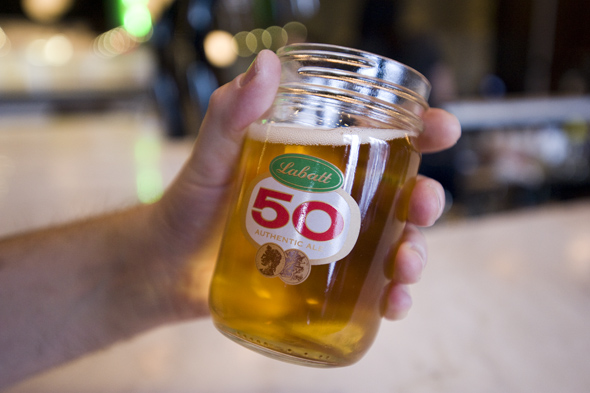 The beers also appear to have been found in a stockroom from the place's nightclub days, with Labatt Blue on offer alongside enormous bottles of 50 ($12 for 710ml). There's a range of craft beers too, and a decent selection of local and international draught. Bites are offered at the bar, such as kettle corn ($4), or split pea fritters with pico de gallo ($7). 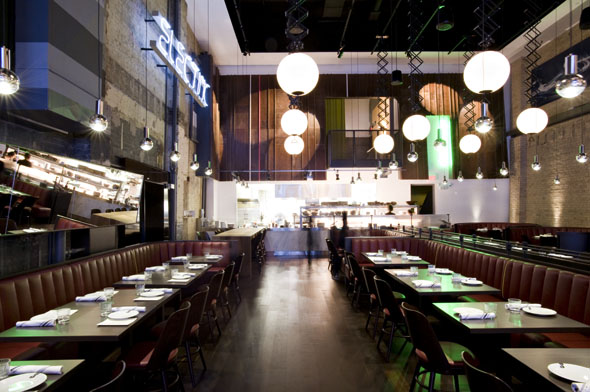 I'm really impressed with The Carbon Bar. It's a huge space, and offers a welcome note of pomp to the city. The food might be more the kind of fare I'd expect at somewhere like Barque , but given how much I like it there, that's actually a compliment. It's great to see serious restaurateurs break from fine-dining, while still offering something upscale. 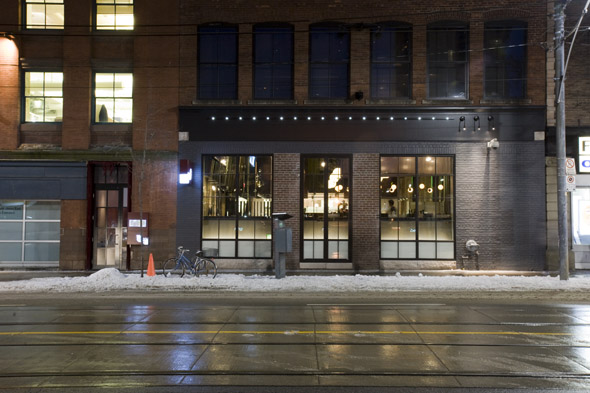