The top 25 fried chicken in Toronto by neighbourhood

Fried chicken in Toronto doesn't adhere to a single regional style. This is a city where southern fried chicken is just one of many options, and finger lickin' Korean, Caribbean, Filipino, and even unique hot sauce covered variations can be found on menus citywide.

Here are my picks for the top fried chicken joints in Toronto by neighbourhood.

The Fry is home to some of Toronto's most popular Korean fried chicken. Opt for the Green Onion Chicken, it's the most popular. This mound of fried chicken comes lightly sauced and bedecked with large quantities of green onion.

Buttermilk fried chicken can be found in the Pit Master Platter at The Carbon Bar. It's served alongside pork ribs, beef brisket, pickles, fries and chipotle mayo.

Morgans on the Danforth does fried chicken southern style. It comes with three pieces of chicken, slaw and sriracha honey, with your choice of jalapeno corn bread, garlic mashed potatoes or fries. 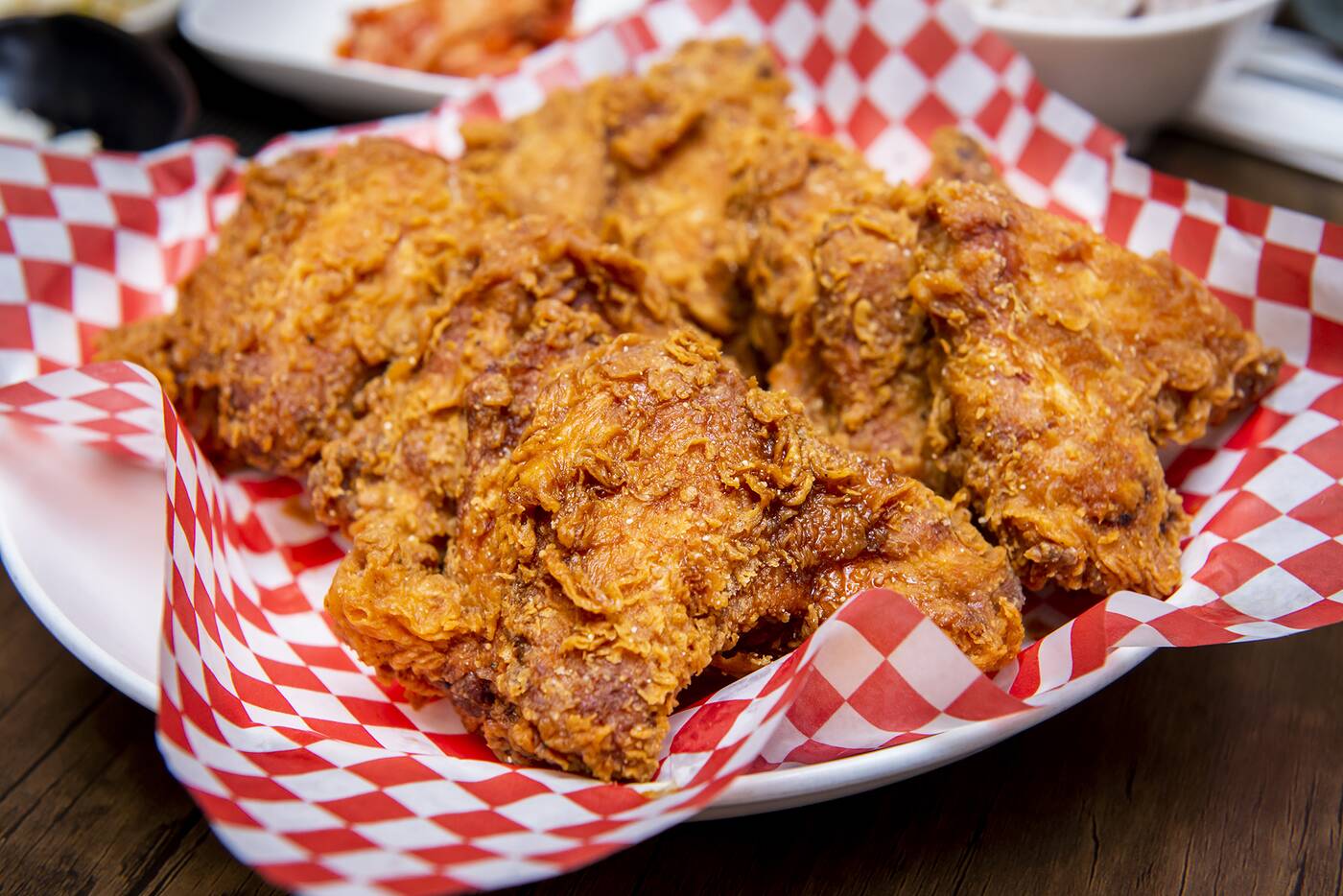 Patois is Toronto's ultimate destination for Caribbean-Asian soul food. Their O.G. Fried Chicken comes with watermelon pickle, daikon and jalapeno that you can take bites of in between mouthfuls of succulent chicken, and there’s a sweet sriracha for dipping.

Don Chon is a restaurant offering up an extensive menu of Korean eats. However, the main attraction is definitely the Korean fried chicken. It's available in two flavours, sweet and spicy or soy.

Momofuku Noodle Bar's fried chicken is done Korean-style with garlic, chili, ginger and scallion. The dish will set you back $55 and is meant to be devoured with a group.

Joe Bird is a jack-of-all-trades spot for chicken. The fried variety is served on its own with a side or if you really want to indulge opt for it with waffles and maple bourbon coffee sauce.

The southern fried chicken dish at The Mugshot Tavern comes with a lot of food. Each order includes a trimmed half chicken battered and fried crisp, plus mac 'n' cheese and chicken gravy. 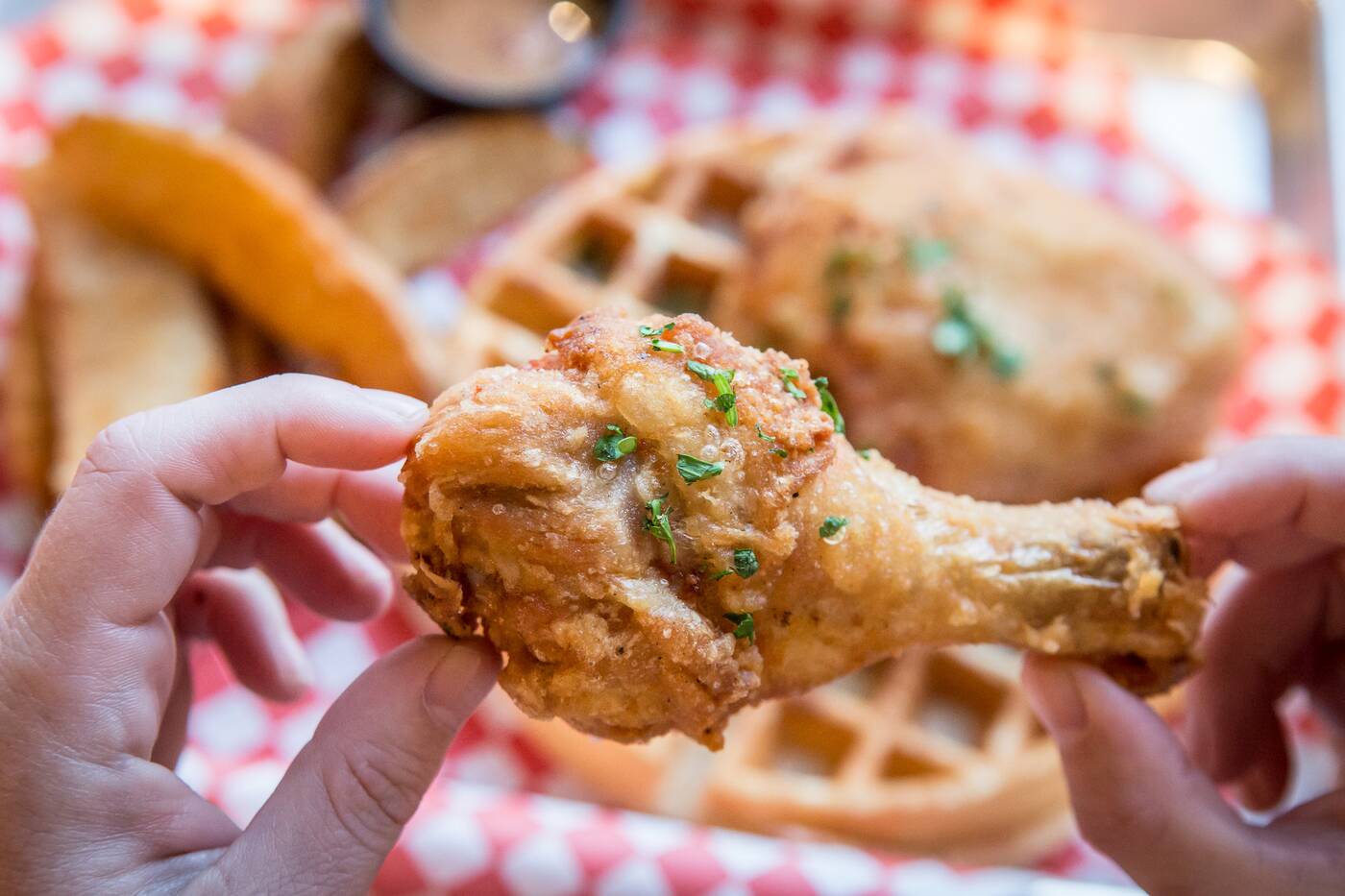 Cluck Clucks offers up their fried chicken with waffles. Photo by Jesse Milns.

Chica’s Nashville Hot Chicken is bringing their version of gigantic, crunchy, fiery hot fried chicken to Toronto. Meals start at one piece with your choice of breast or thigh, served with one side, white bread, pickles and their buttermilk ranch dip.

The fried chicken at Love Chix is available in a variety of ways. Get it in a five-piece plate, a sandwich or done family-style served with hot honey sauce and ranch.

The Dirty Bird distinguishes itself from the rest of the flock with its signature northern-style fried chicken. Orders range from two-piece combos all the way up to 10 pieces with three sides. Or grab your fried chicken in a sandwich or even with waffles.

Cluck Clucks boasts some of the tastiest fried chicken in the city. Fried chicken is available by the piece, on a waffle and or loaded in a sandwich. 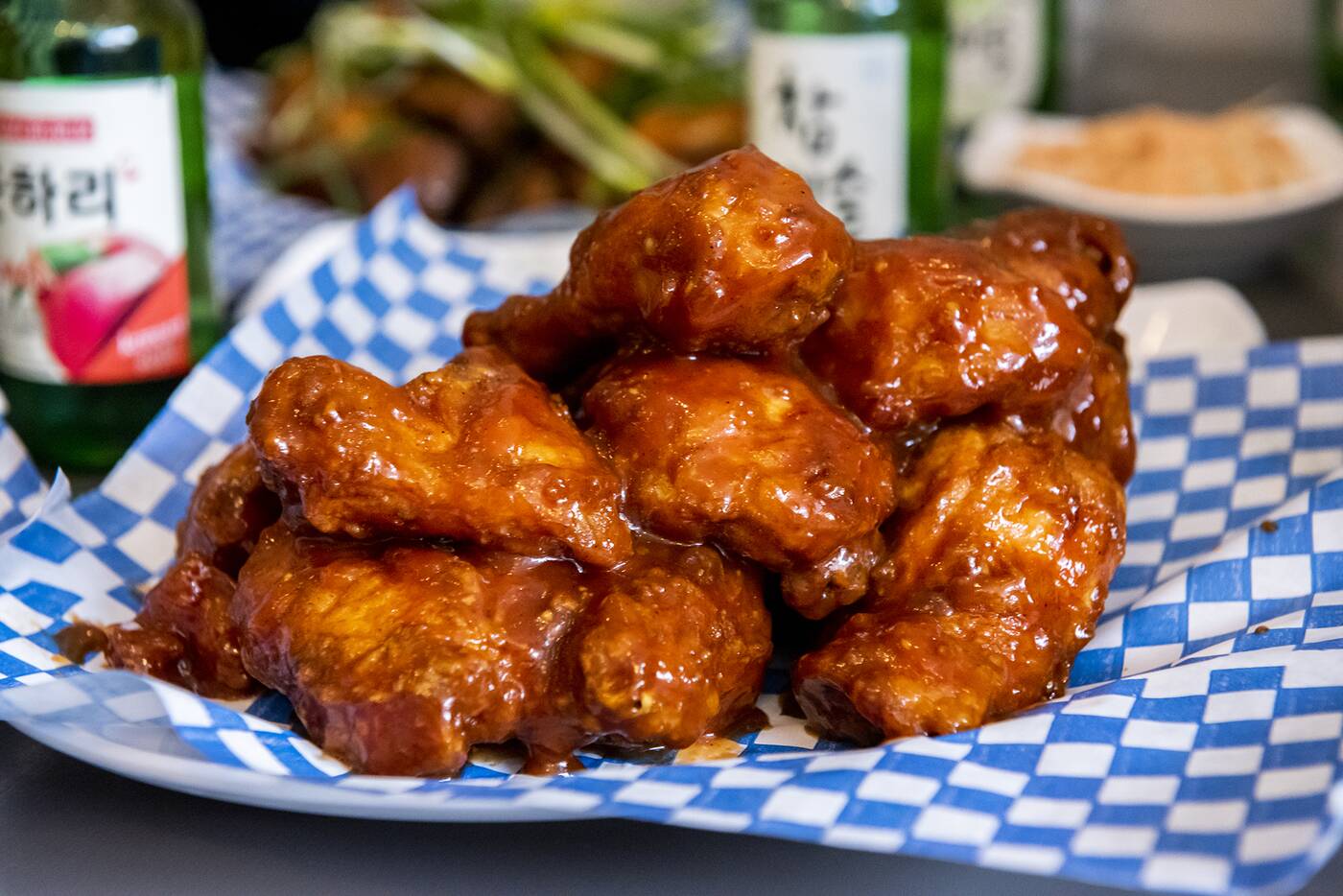 Fried chicken gets all sauced up at Lims Chicken. Photo by Hector Vasquez.

Lims Chicken is the first ever Korean fried chicken chain, with origins in Korea reaching back to 1977. Order their original style or opt for something more sauced up with their hot flavour.

Chick-N-Joy has been serving loyal customers in this part of town since 1977. The restaurant keeps things simple with offerings of fried chicken by the piece with fries as a side.

PG Cluck's is an itty-bitty fried chicken shack serving up some of the tastiest fried chicken sandwiches in Toronto. Beyond sandwiches, the popular takeout spot does chicken by the piece with your choice of sides. Each order is served with ranch and hot sauce.

Max's Restaurant hails from the Philippines, as does its 70-year-old recipe for fried chicken. Available by the half or whole bird, expect flavourful and moist seasoned poultry, fried to a perfect golden hue. A side of garlic rice is well advised.

You may be visiting Jerk Paradise for their jerk chicken but don't pass up the chance to try their fried option. Get the Island Fried Chicken straight up or with waffles. 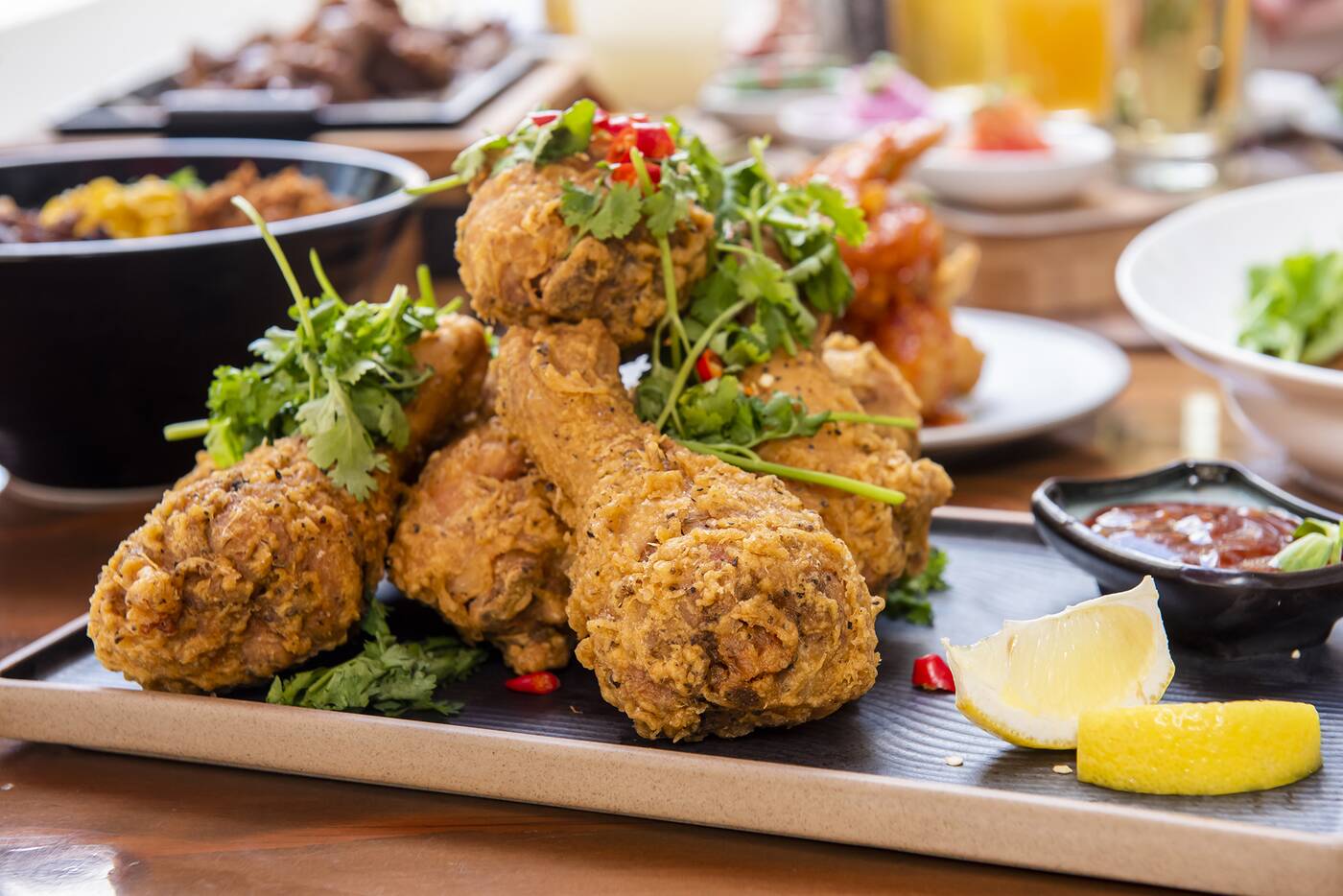 The TFC at Naru Izakaya is a must-order dish. Photo by Hector Vasquez.

Ding-a-Wing is a fried chicken joint serving birds, wings, sandwiches and a long list of sides.

Make your way to Union Station to get your hands on some delectable fried chicken at Union Chicken. Opt for their 'Nashville' Lightning Hot that comes with habanero hot sauce.

The Stockyards is famous for its fried chicken, along with its barbecue. Here you'll find fried chicken over Belgian waffles in the morning; later, it's all about the four-piece dinners served with fries, coleslaw and hot sauce.

Naru Izakaya is serving up Taiwanese fried chicken. The hefty order may taste familiar as it's made by one of former chefs of the now shuttered Kanpai.

If you're on the hunt for a slab of fried chicken bigger than your head, look no further than Hot-Star Large Fried Chicken. The Taiwan-based chain offers giant pieces of fried chicken served in paper bags.

23 barbecue restaurants you need to try in Toronto by neighbourhood

10 farms for strawberry picking near Toronto