Joe Bird is currently open but their offerings and services may be affected due to the pandemic. Please contact the business directly for more information about any changes. Is this your business? Please contact us if you would like to update this message.

Joe Bird is a jack-of-all-trades spot for fried and BBQ chicken as well as brunch and take-out. Aiming for all of these and not really landing on one specific thing concretely, it might just be the spot to hit up if you’re feeling indecisive yourself.

The open feel of the space encompasses benches outside the airy yet gritty bar area complete with chandeliers chiseled together from bare bulbs and two-by-fours. 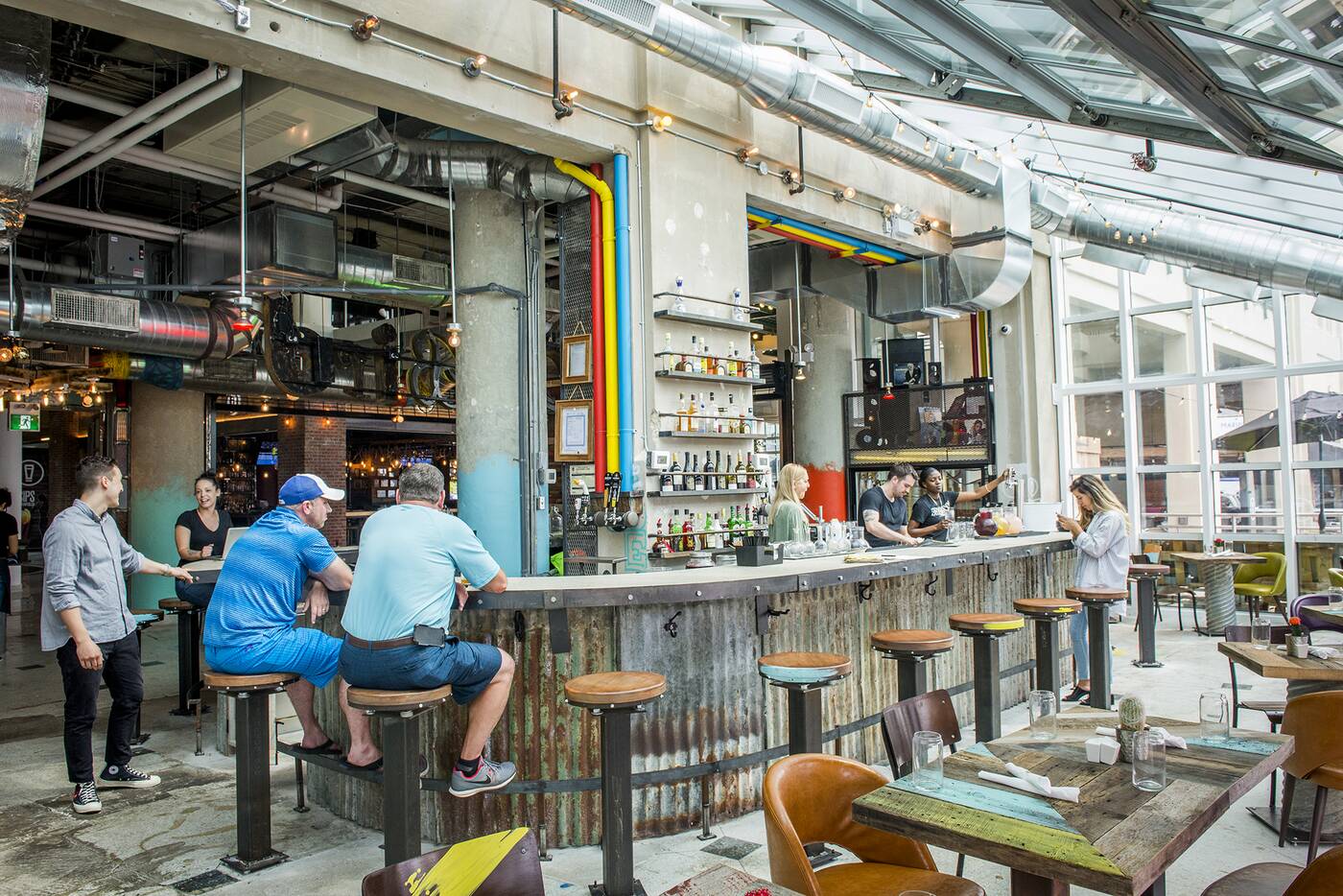 The star of the space is the water-facing patio with seats made out of crates, a lounge area built from skids, a “play zone” with supersized Jenga, and a charcoal BBQ. 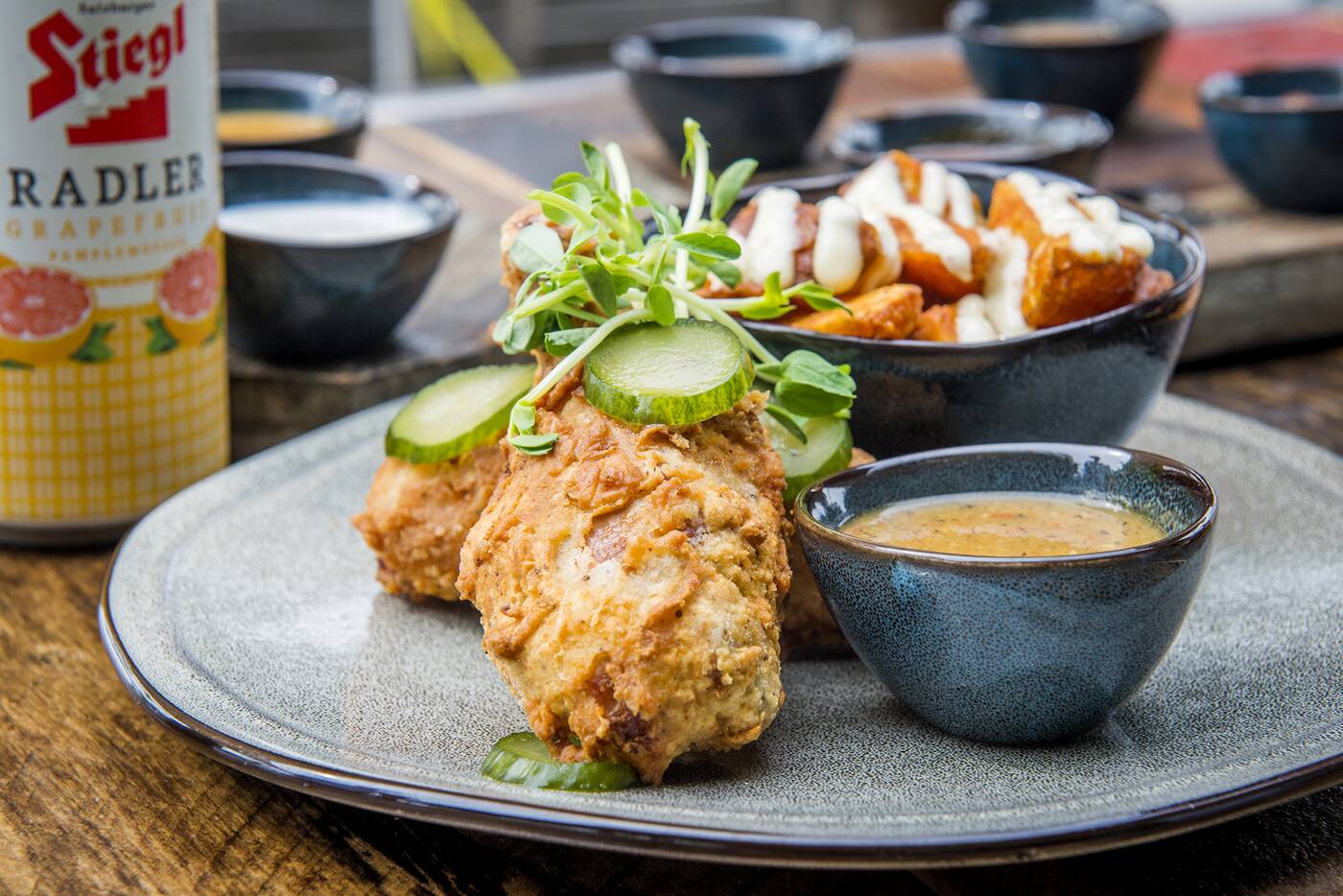 The menu by Chef Joao Medina is composed of a number of styles of “birds” along with salads, sides, and sauces. 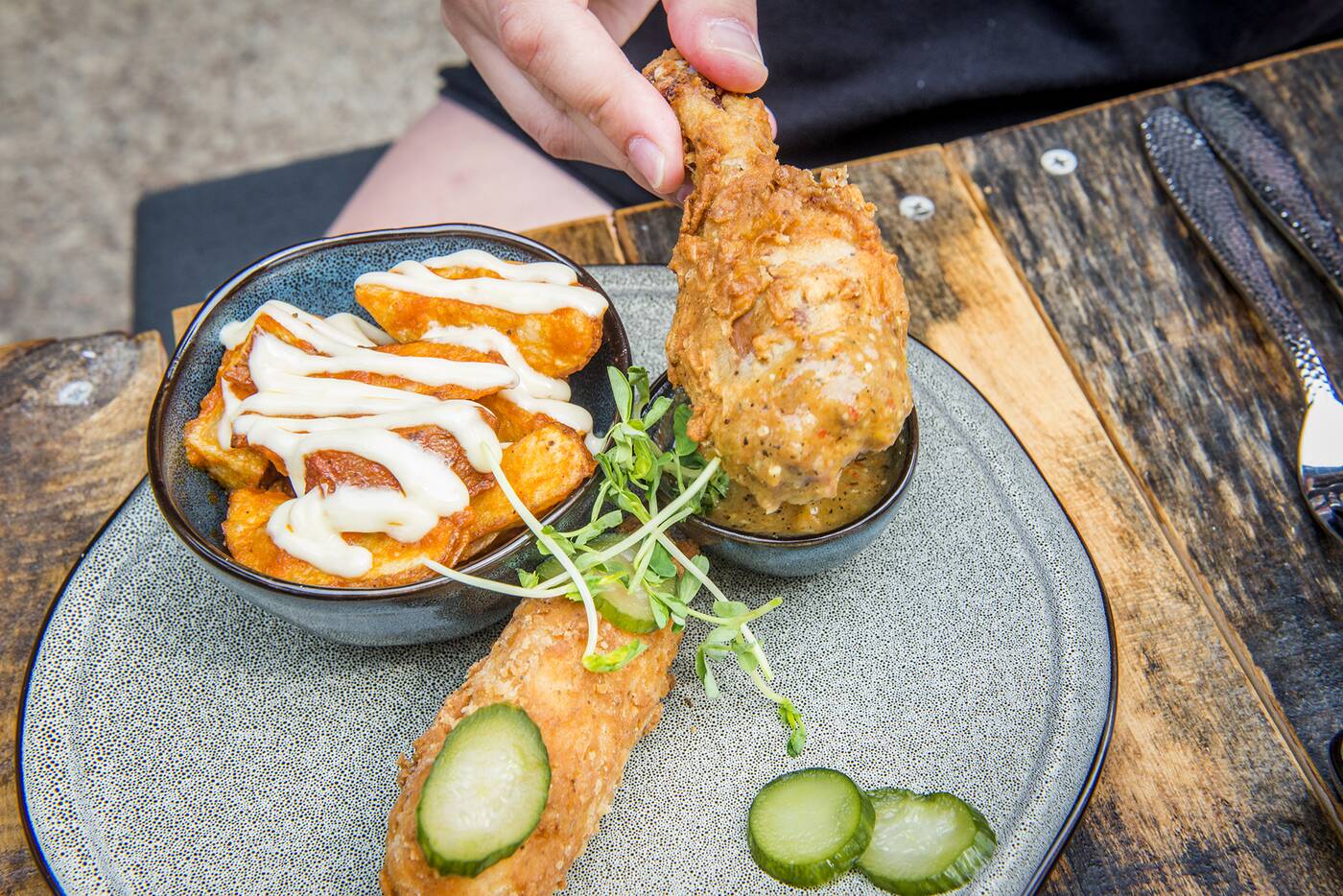 Two pieces of the fried variety ($10 with a side and sauce) are satisfactory, with good seasoning and good bite-through on the skin as well as juicy meat. We go for potatoes bravas ($3.50) with aioli and bravas sauce on the side. 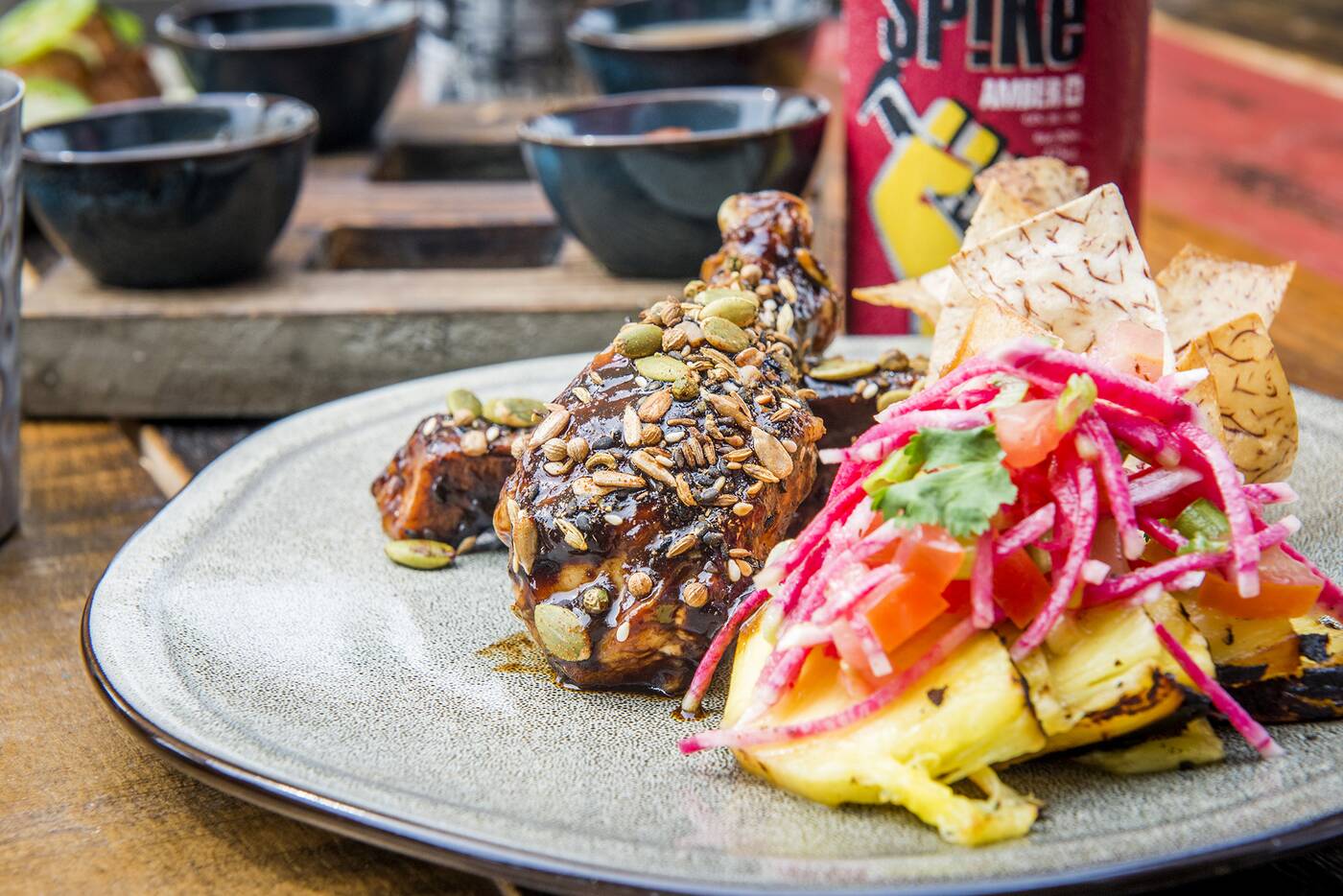 The BBQ bird ($10 for two pieces) is coated in sticky hoisin tamarind sauce and topped with a mix of whole spices and seeds like pumpkin, sunflower, and sesame that throws me off a little. 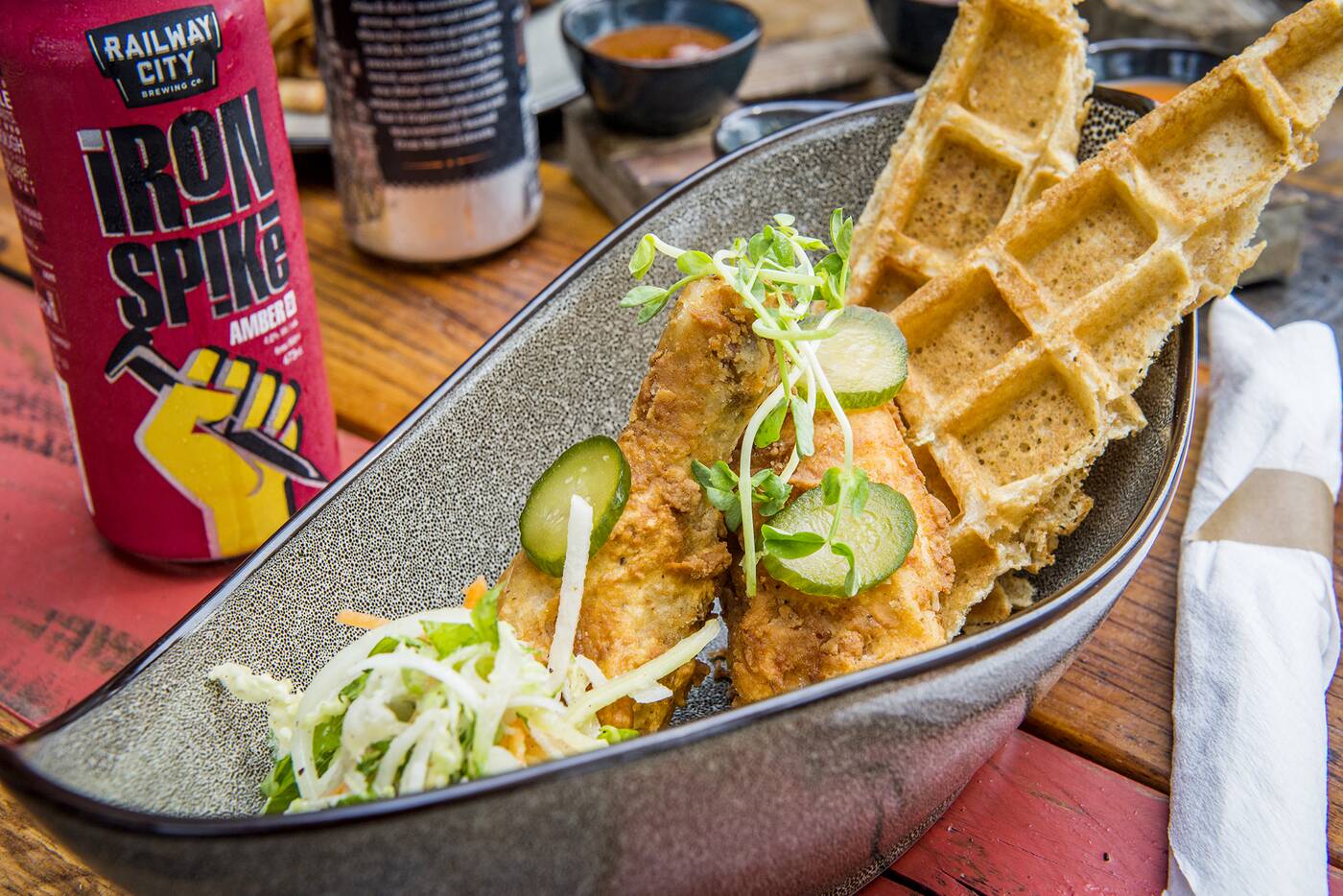 Fried chicken and malted waffles ($10) are served with two sauces aside from the six offered, a maple coffee bourbon sauce and a cooling sour cream and chive, as well as their slaw which contains way more herbs than usual, like basil.

The waffles were a little dry especially served without syrup, but hey, that chicken’s still great and the slaw’s not bad. 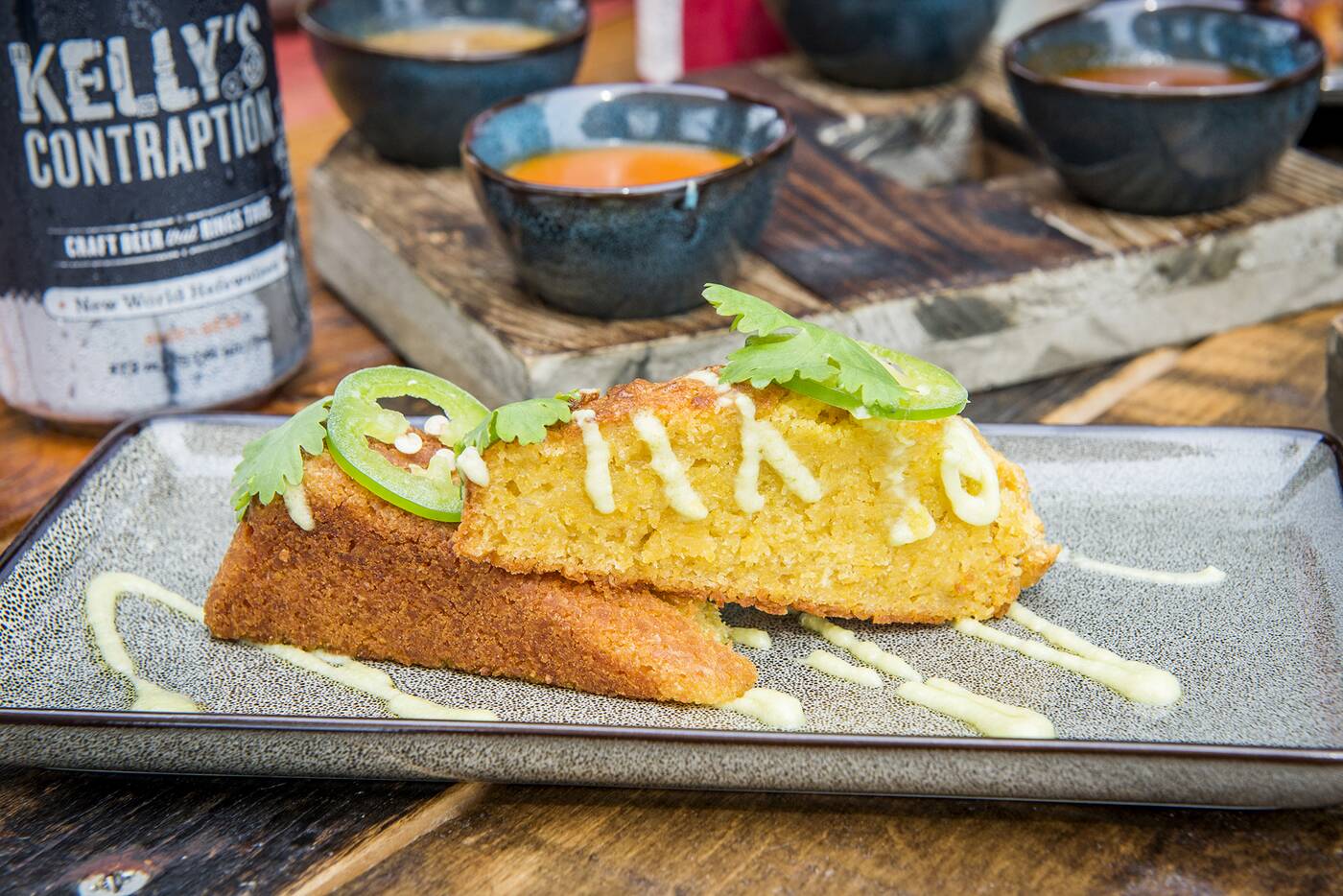 Homemade corn bread ($5) only makes sense as a side from there, and they knock it out of the park. It's made with fresh corn and served with jalapeno butter for a delightful kick. 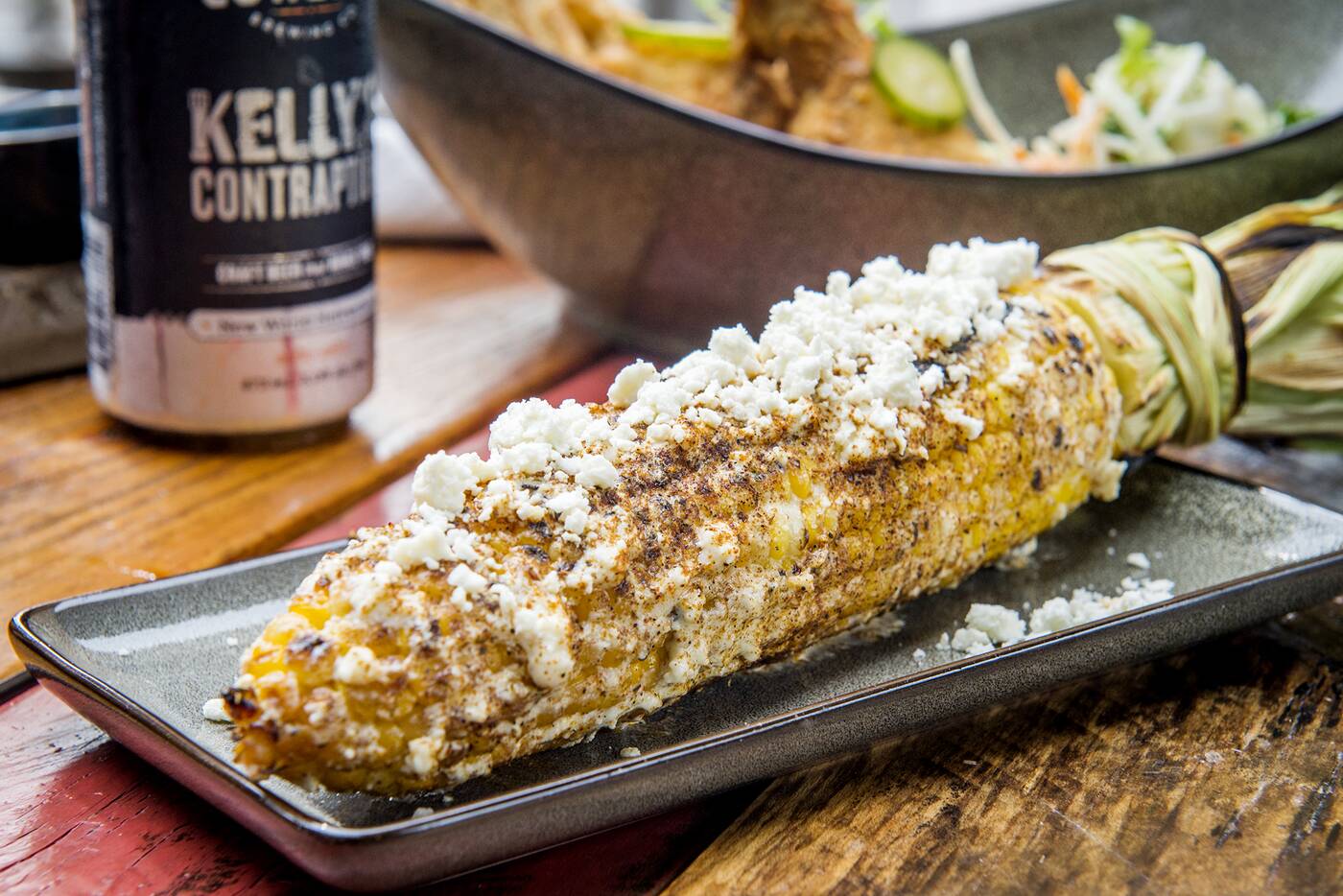 You can also get whole corn on the cob ($5) which is topped with a nice balance of dried chilis, citrus mayo, and cheese, none of the elements overpowering others. 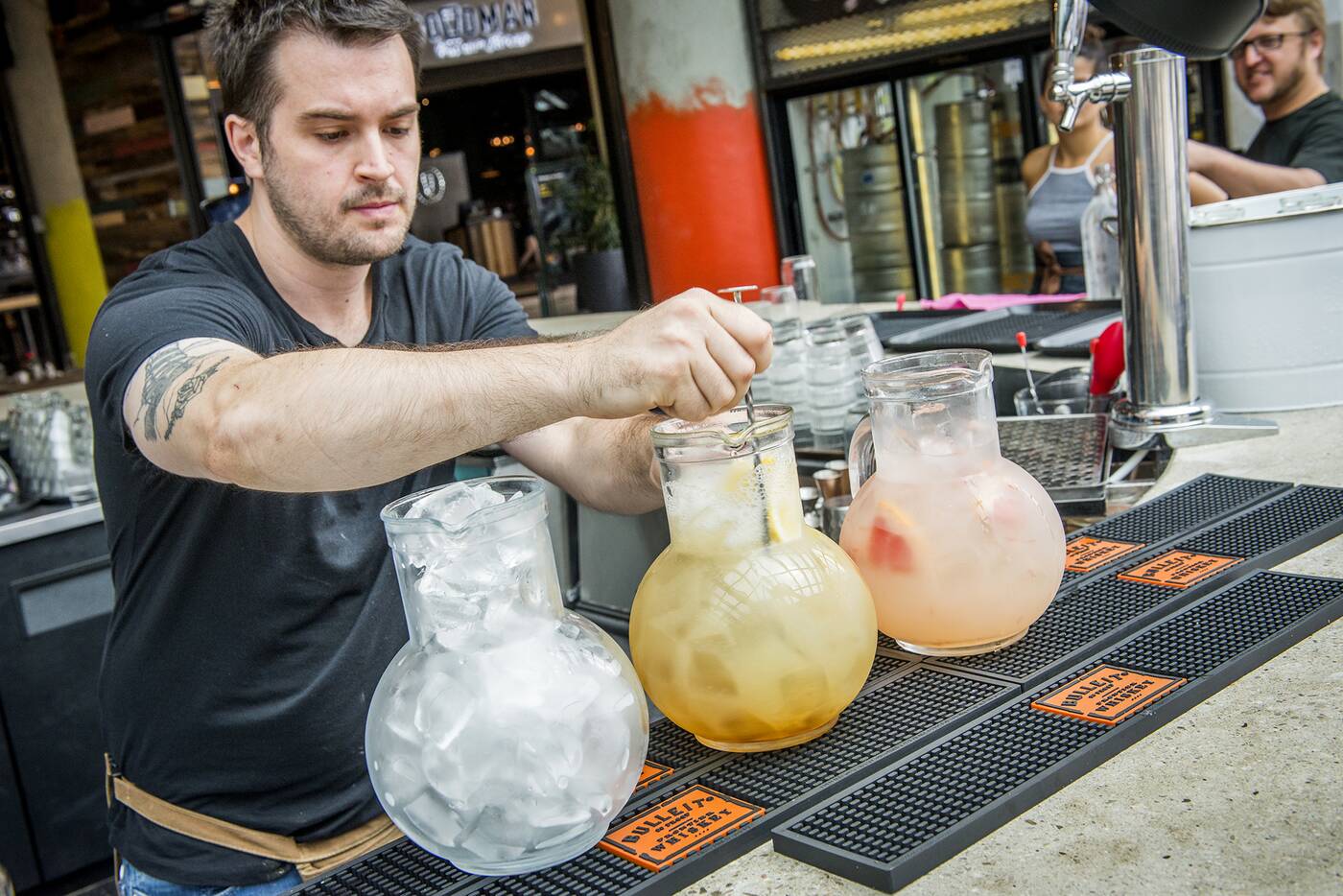 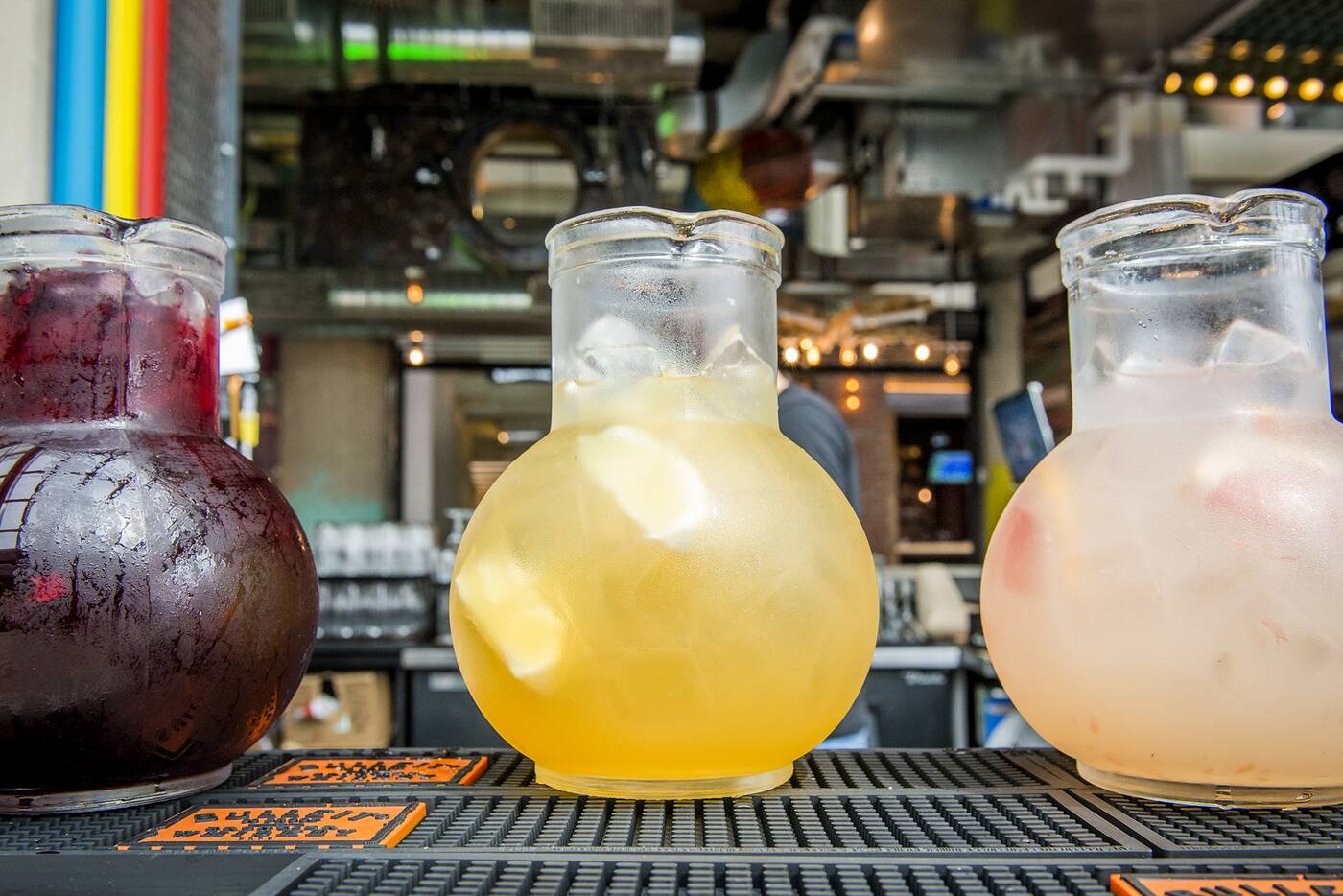 A cocktail inspired by traditional Caribbean sorrel is made by brewing hibiscus, cinnamon and ginger cloves and then sweetening it and mixing it with rum and a maple whiskey lemonade that's refreshingly gingery and lemony accented by Quebec maple syrup. 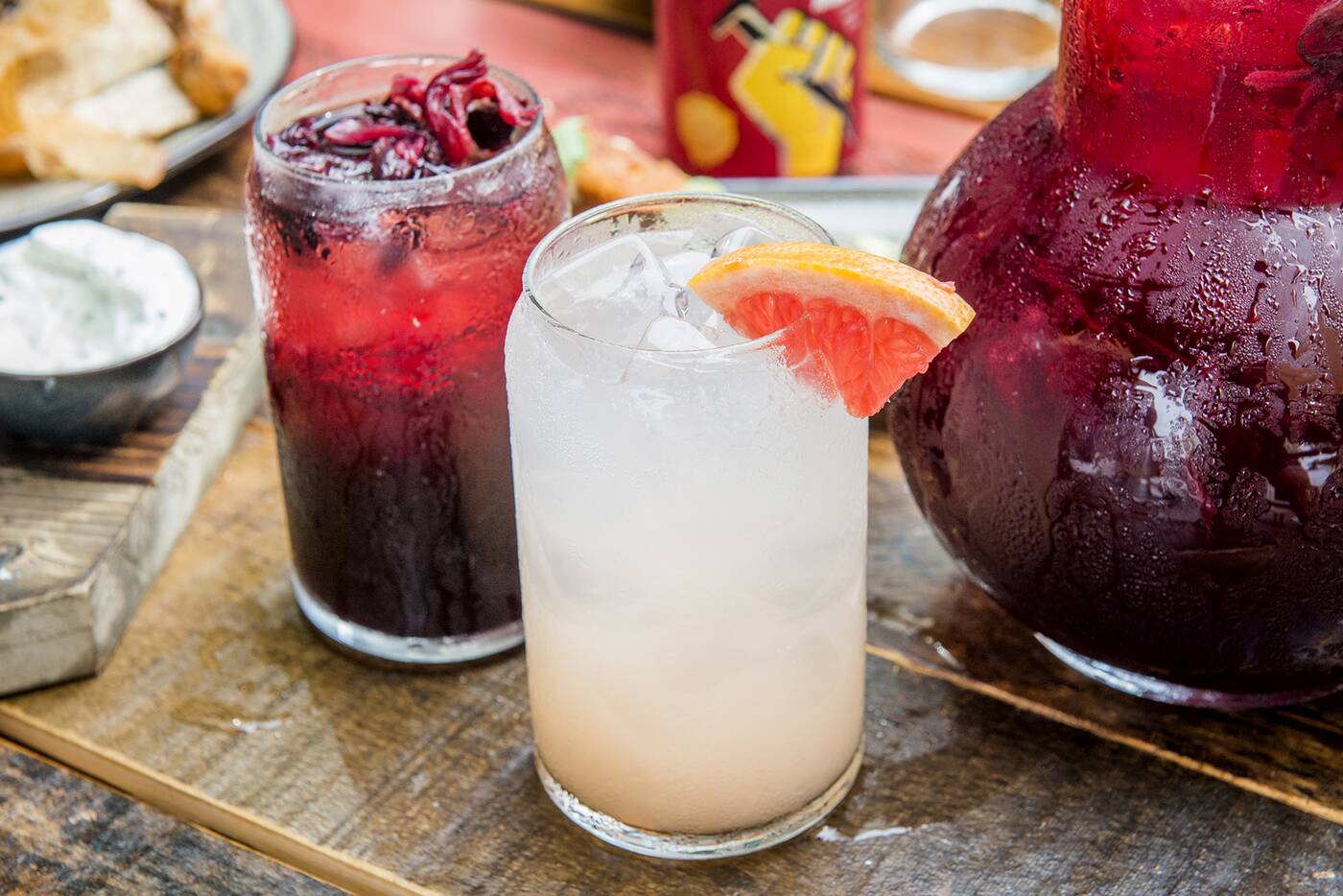 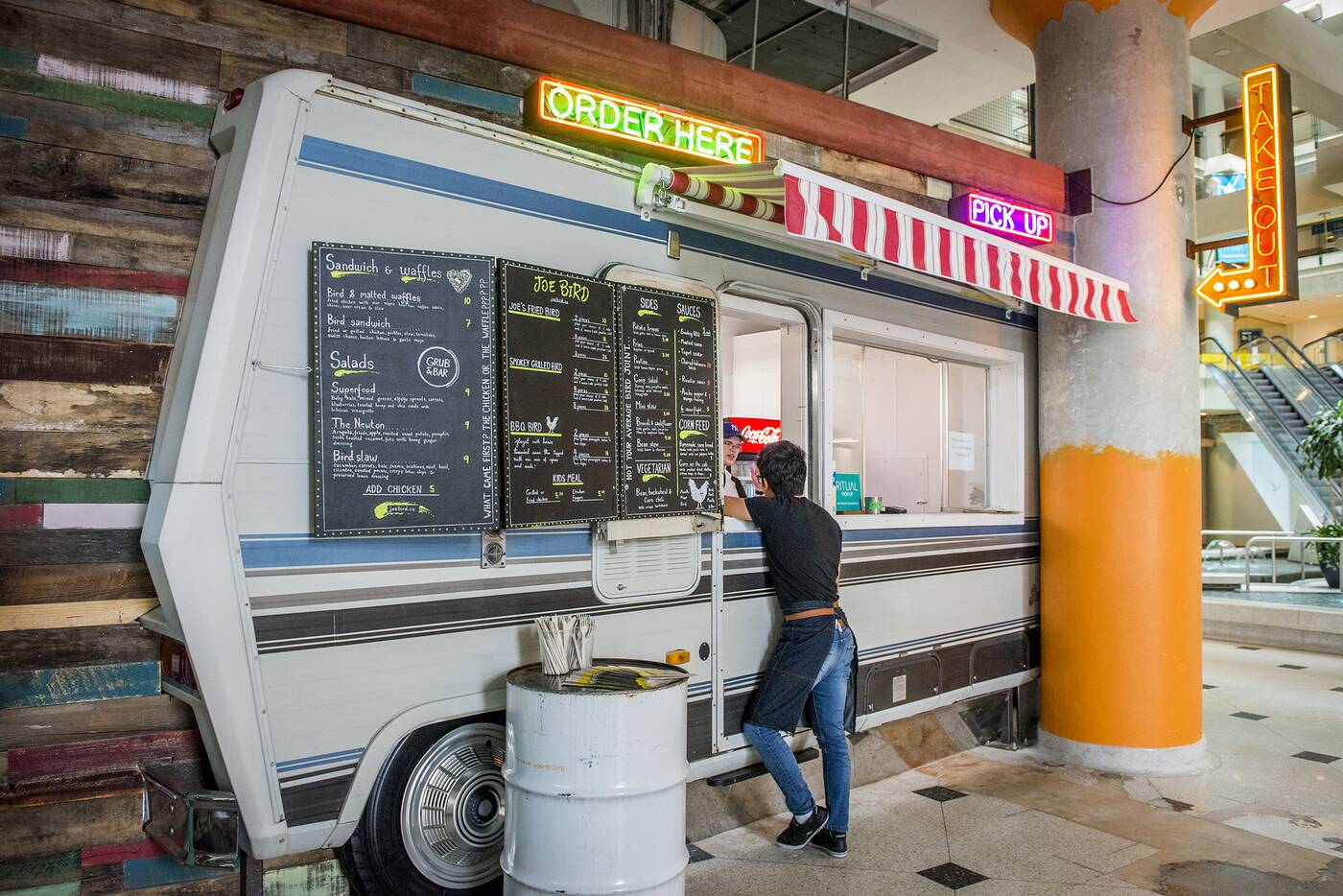 They chopped up a 1986 RV found in London, Ontario and made it into their takeout window, which serves breakfast starting early in the morning. 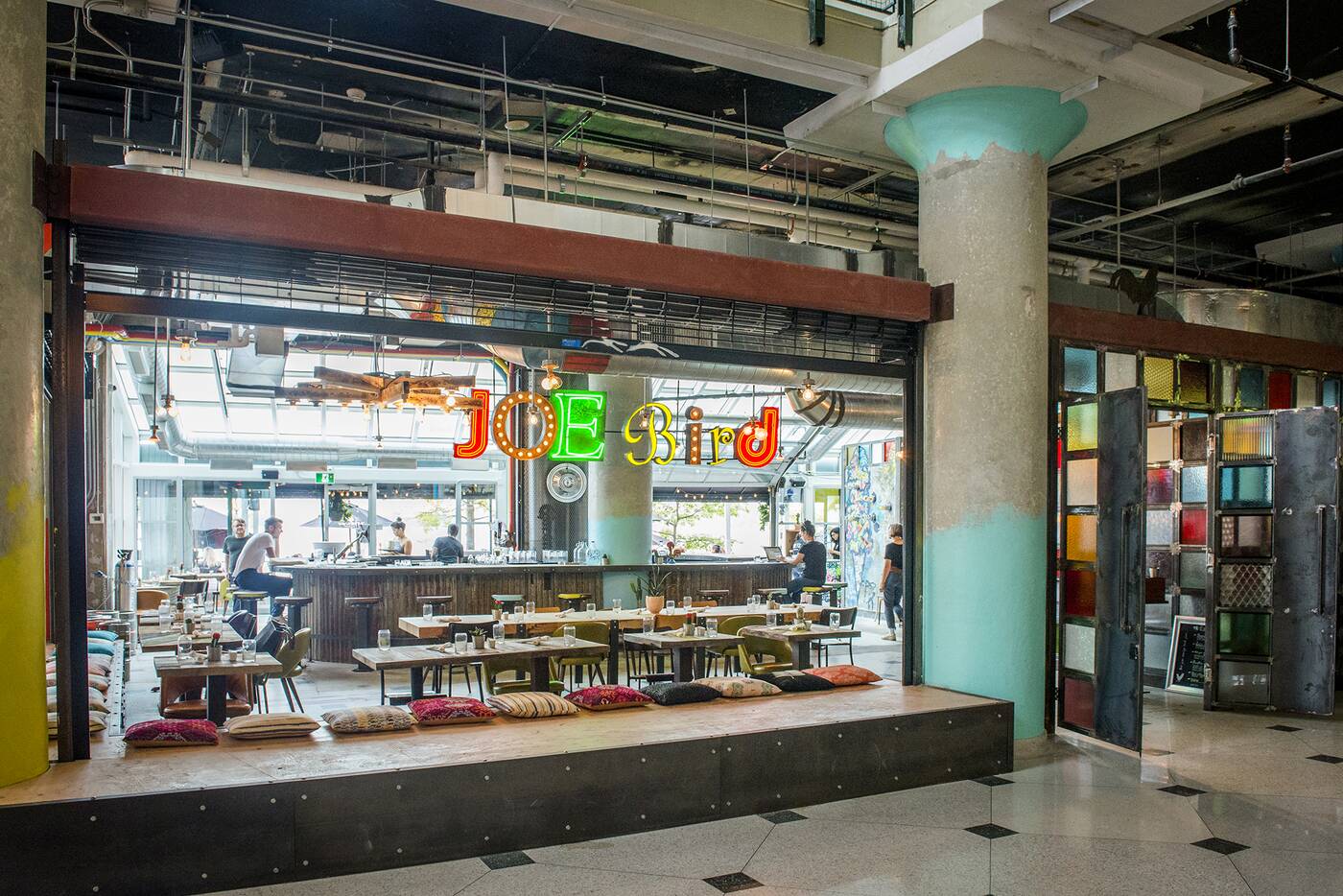