The business has come full circle in many ways, having once been home to Less Bar and sports bar Homestand before that, but only for a matter of months at a time. 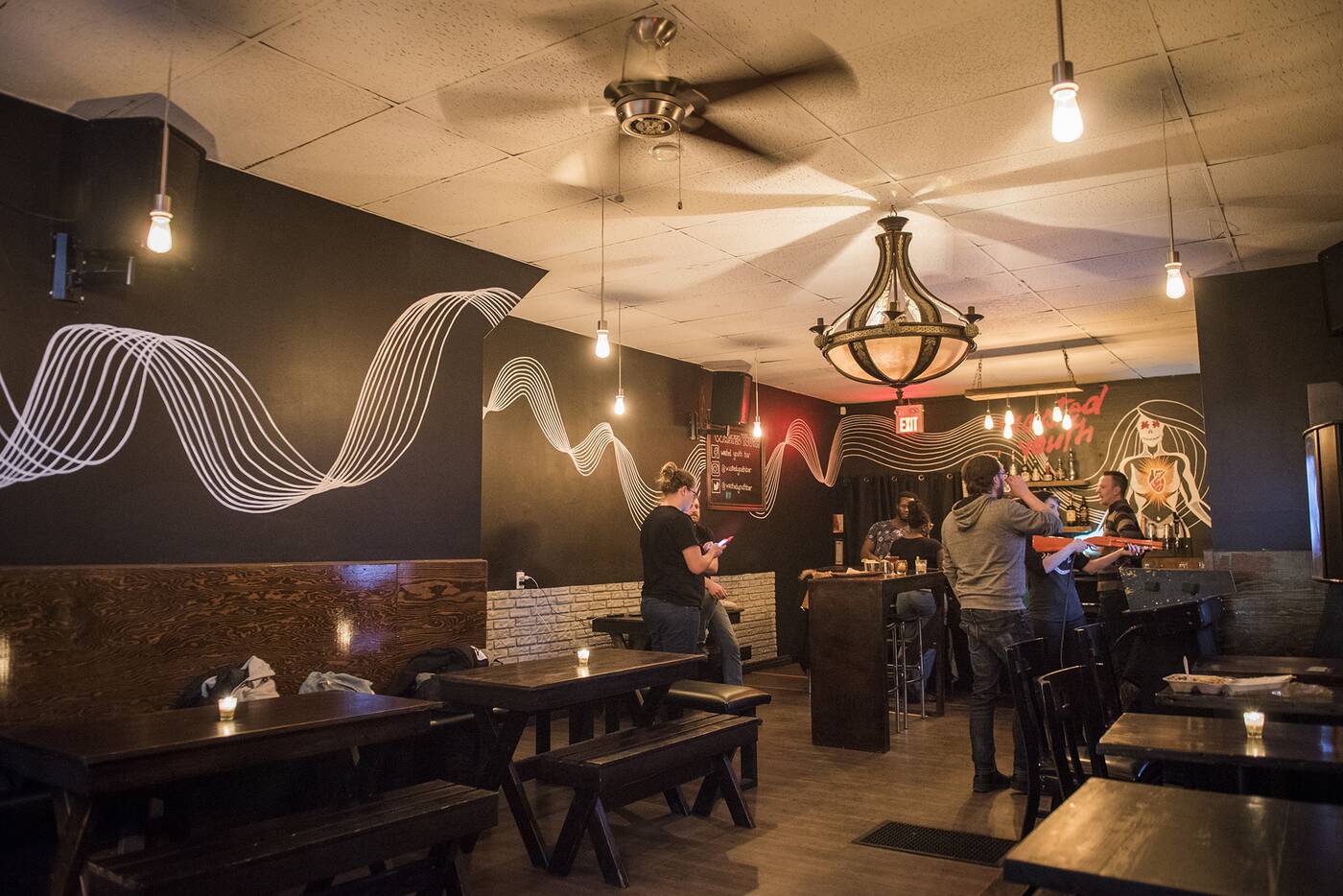 Previous to that the bar was known as Wolf Like Me, which current manager Mike Taylor consulted on. 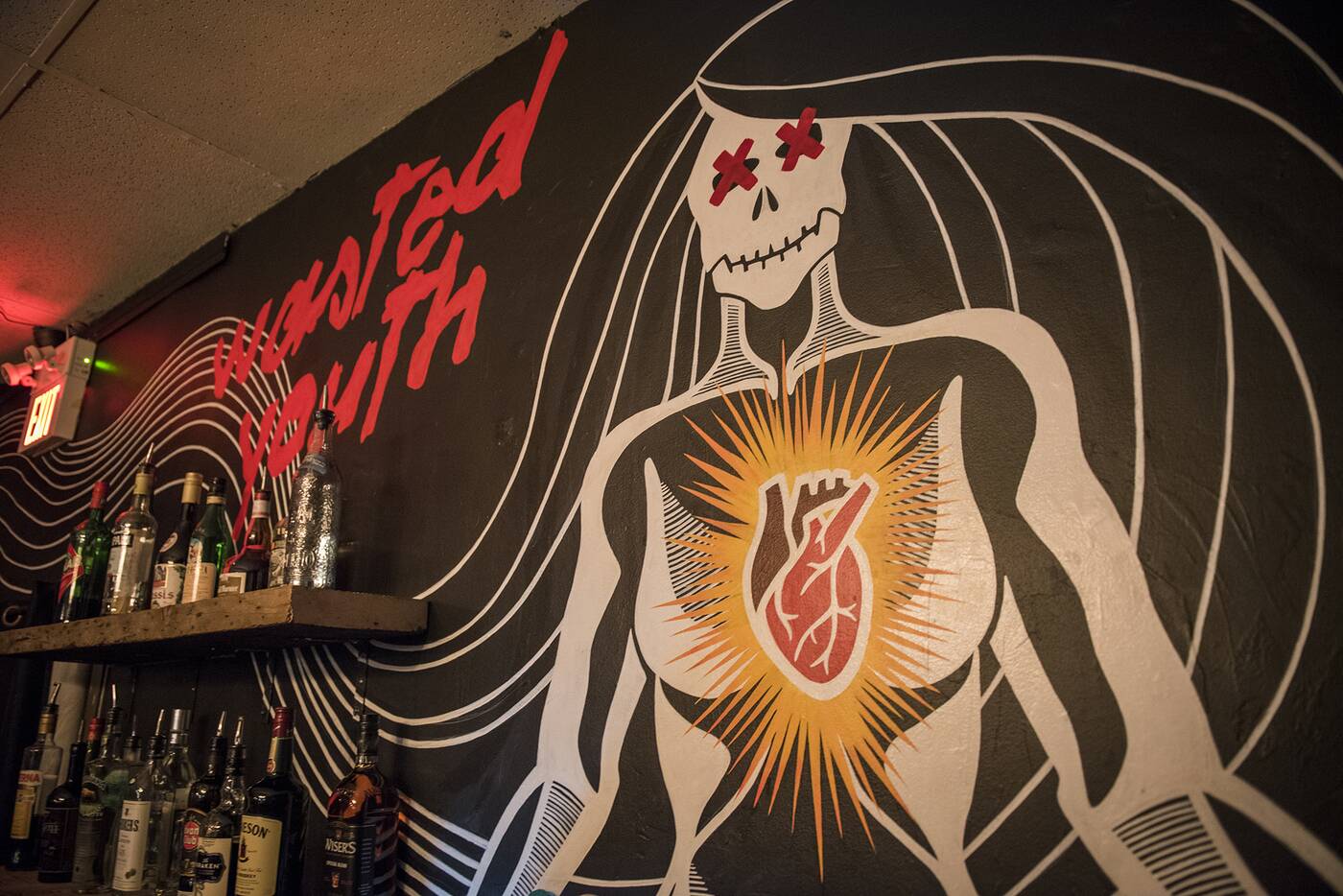 The bar appears to have been brought back to the Wolf Like Me decor with murals that are heavy on linework, blacks, whites, reds, and badass imagery. 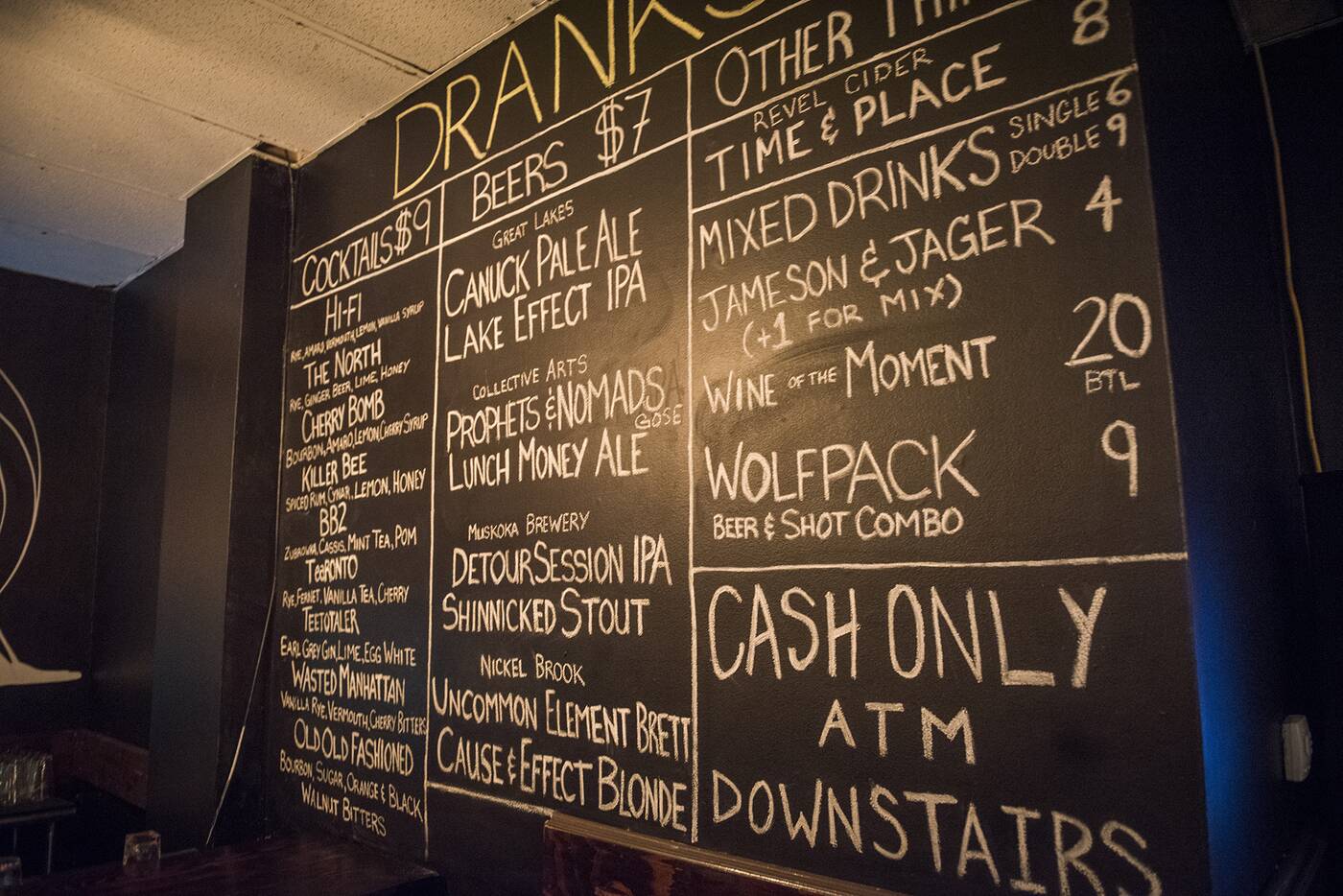 A chalkboard menu keeps everything unpretentious, not to mention under $10. 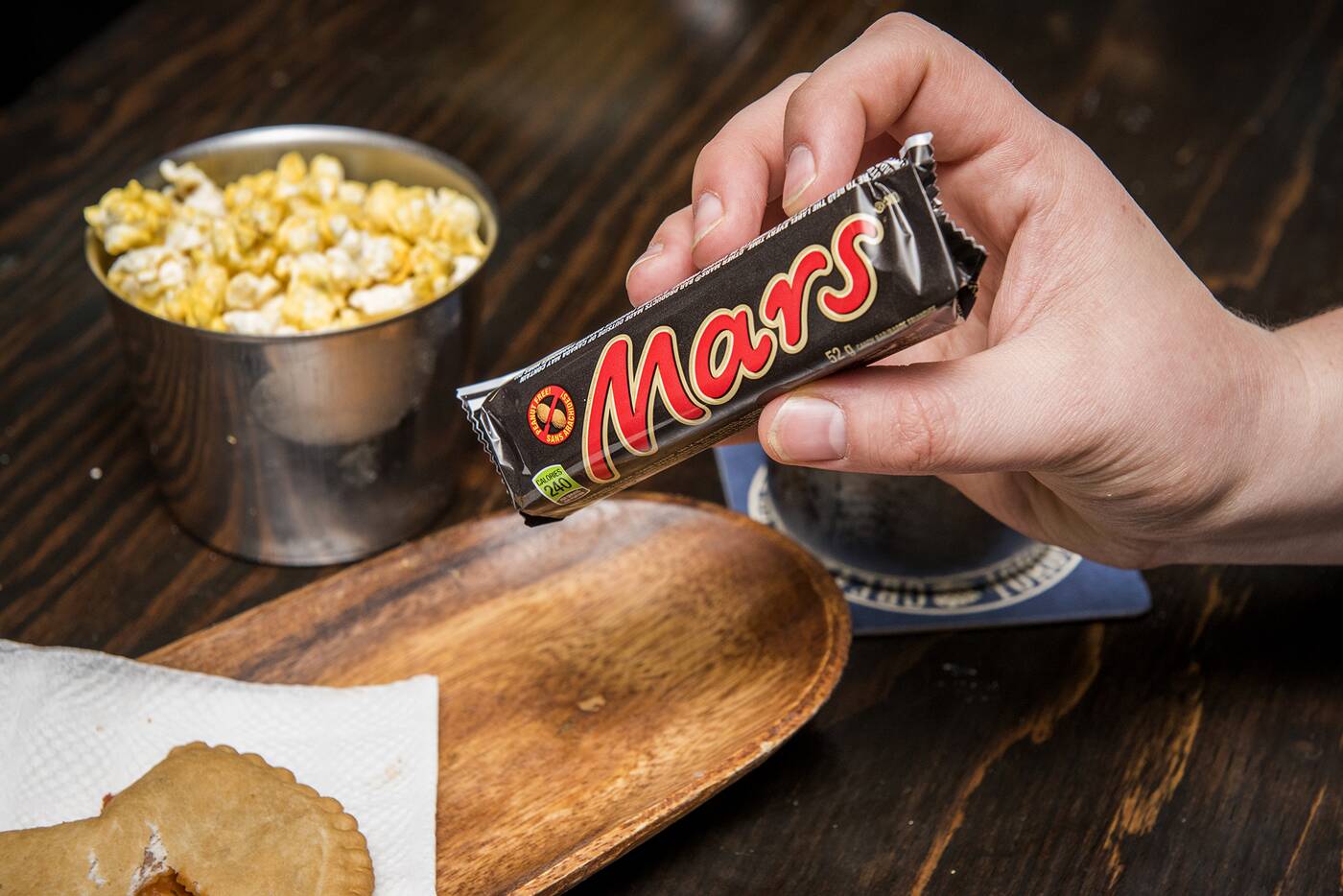 There’s no real food menu but talk to the bartender and you’ll be able to snag a candy bar for a buck. You can also bring your own food in from the many options in the surrounding Bloorcourt area, and don’t forget the deliciousness of Koreatown is minutes away.

In fact, picking up food from a busy spot and sitting down to eat it here might just be the ideal weekend hack for those neighbourhoods. 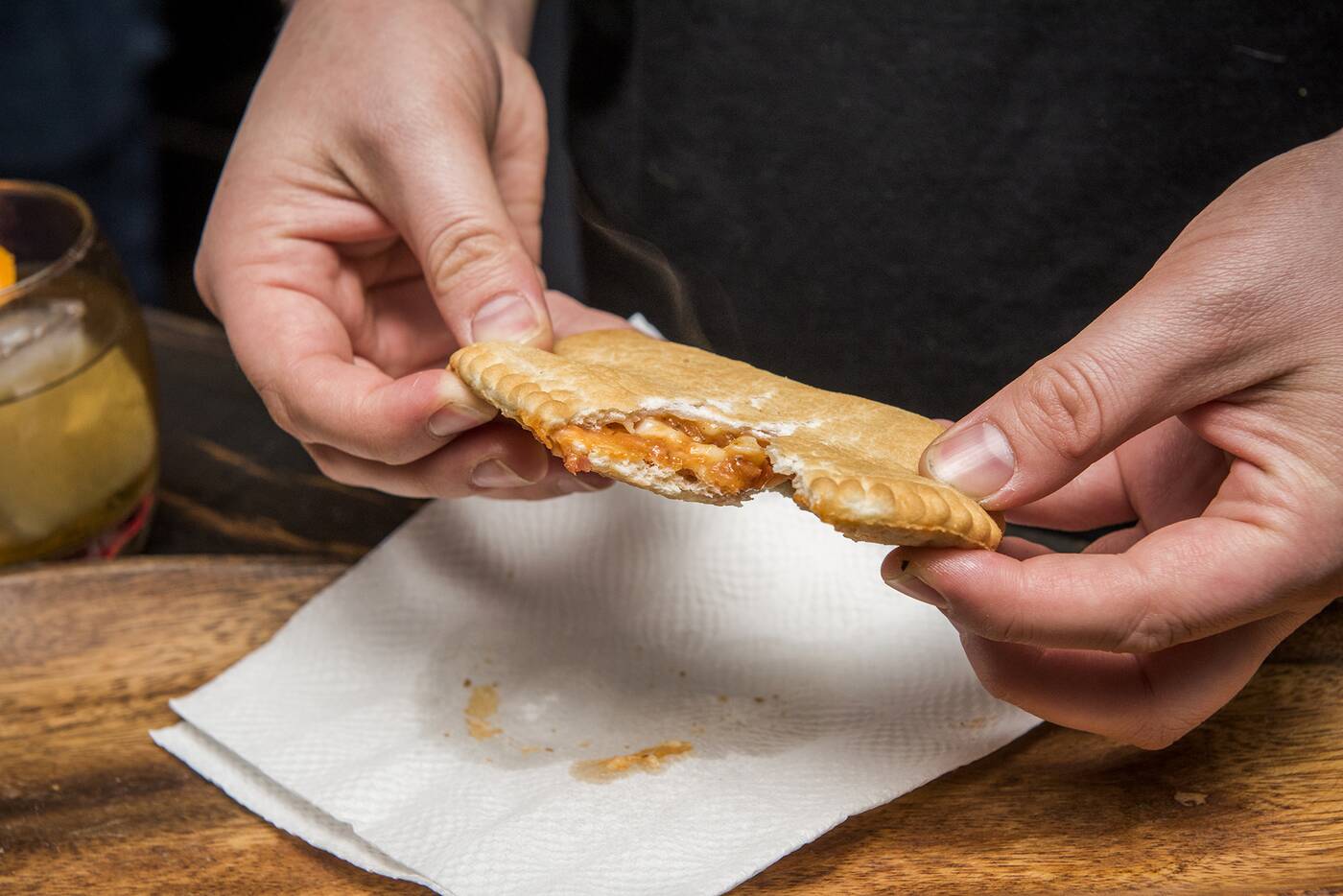 When Taylor tells me you can also order pizza pops and I ask how much, he just laughs me off and says “fifty bucks,” and when I press him he just says “barter system.”

The microwaved guilty pleasures can’t cost more than a couple bucks, but my guess is with enough charisma Taylor might just gift one to you. 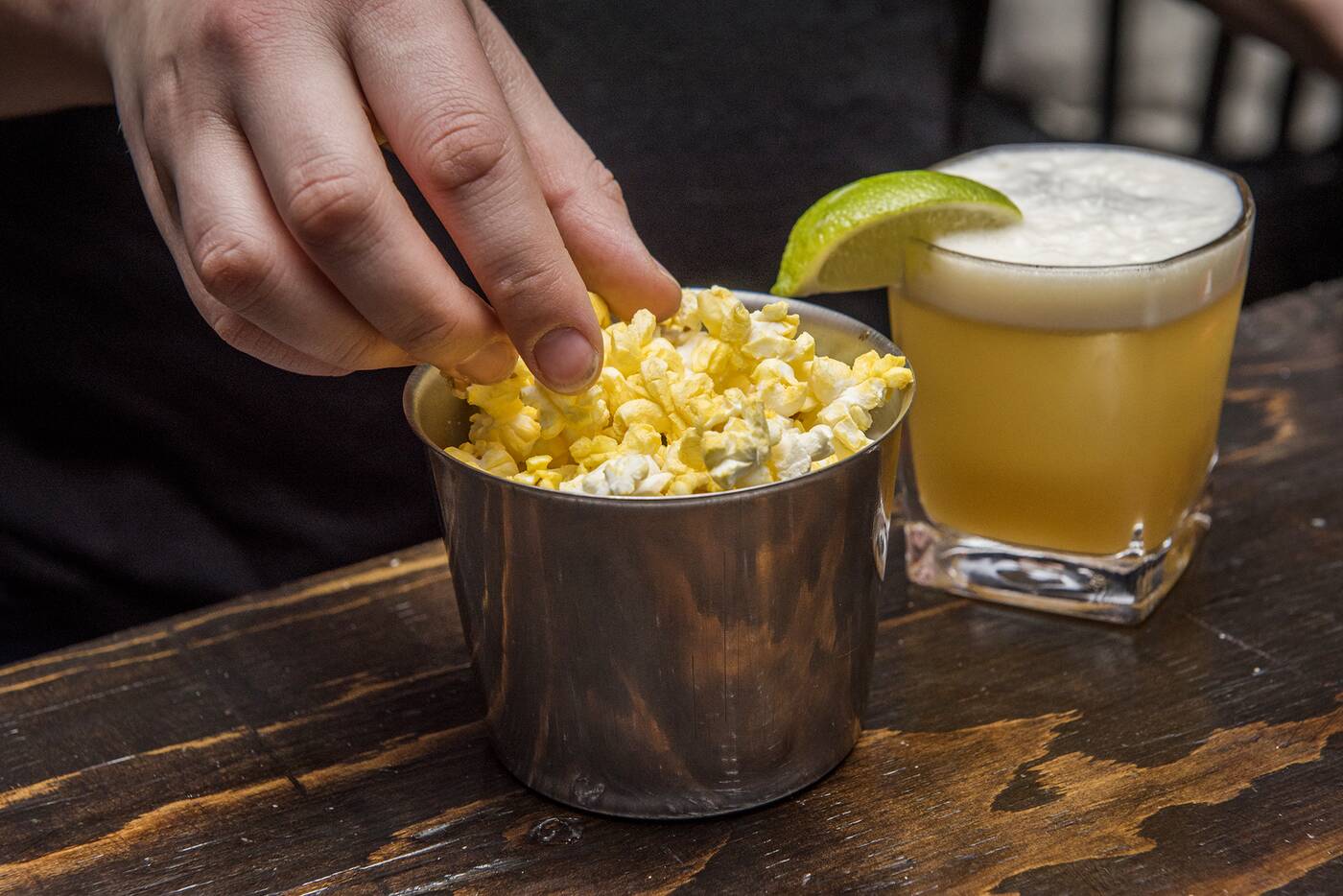 Last but not least of the snack offerings is that timeless bar mainstay, complimentary popcorn. Salty, filling, and best of all, free. 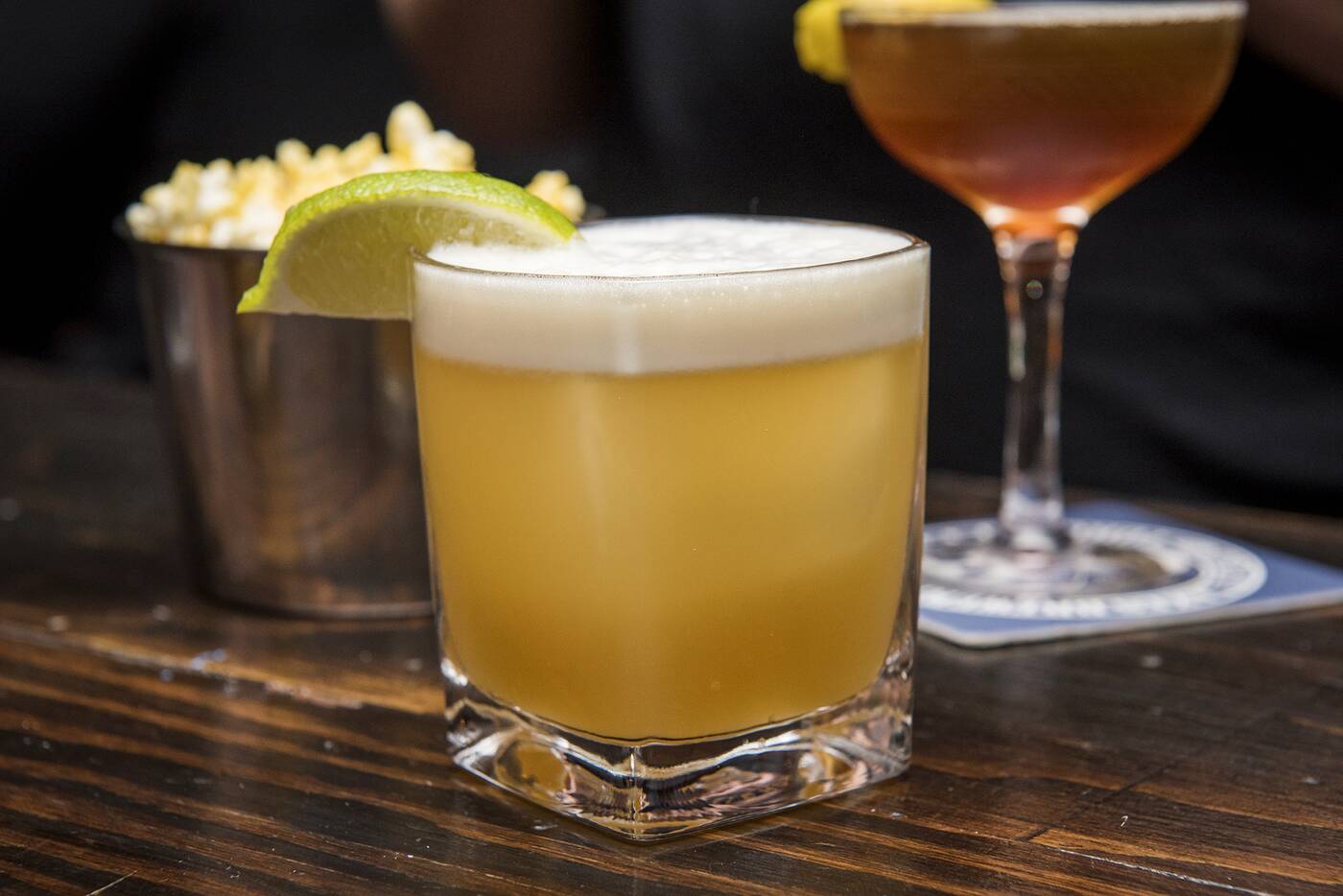 A Teetotaler sets the tone for a menu of basic but almost pretty and dare I say delicate cocktails, this one a combination of lightly aromatic earl grey gin, lime and egg white. 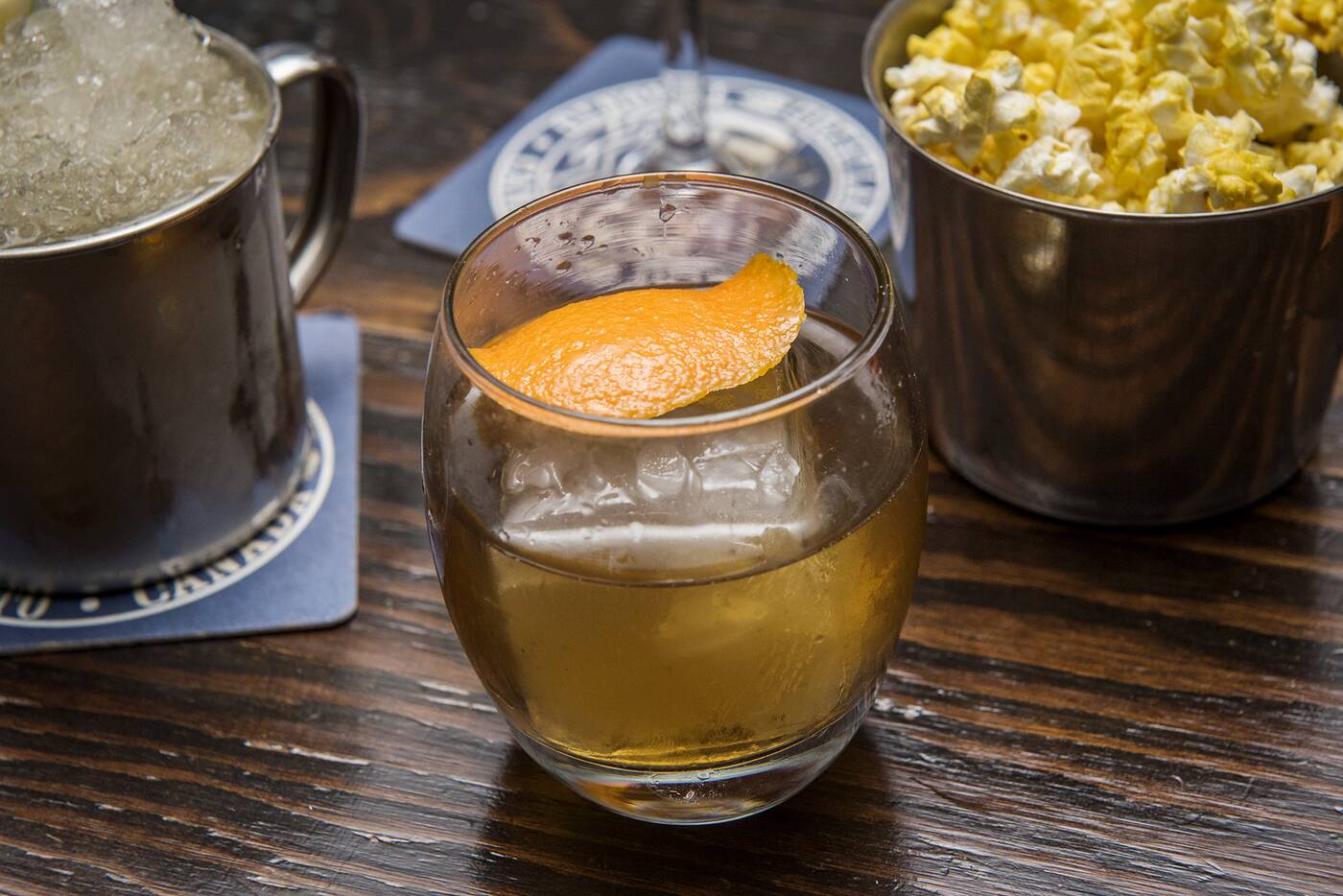 An Old Old Fashioned is made with bourbon, sugar, orange and black walnut bitters for a typical take on this boozy classic cocktail with a little punch. 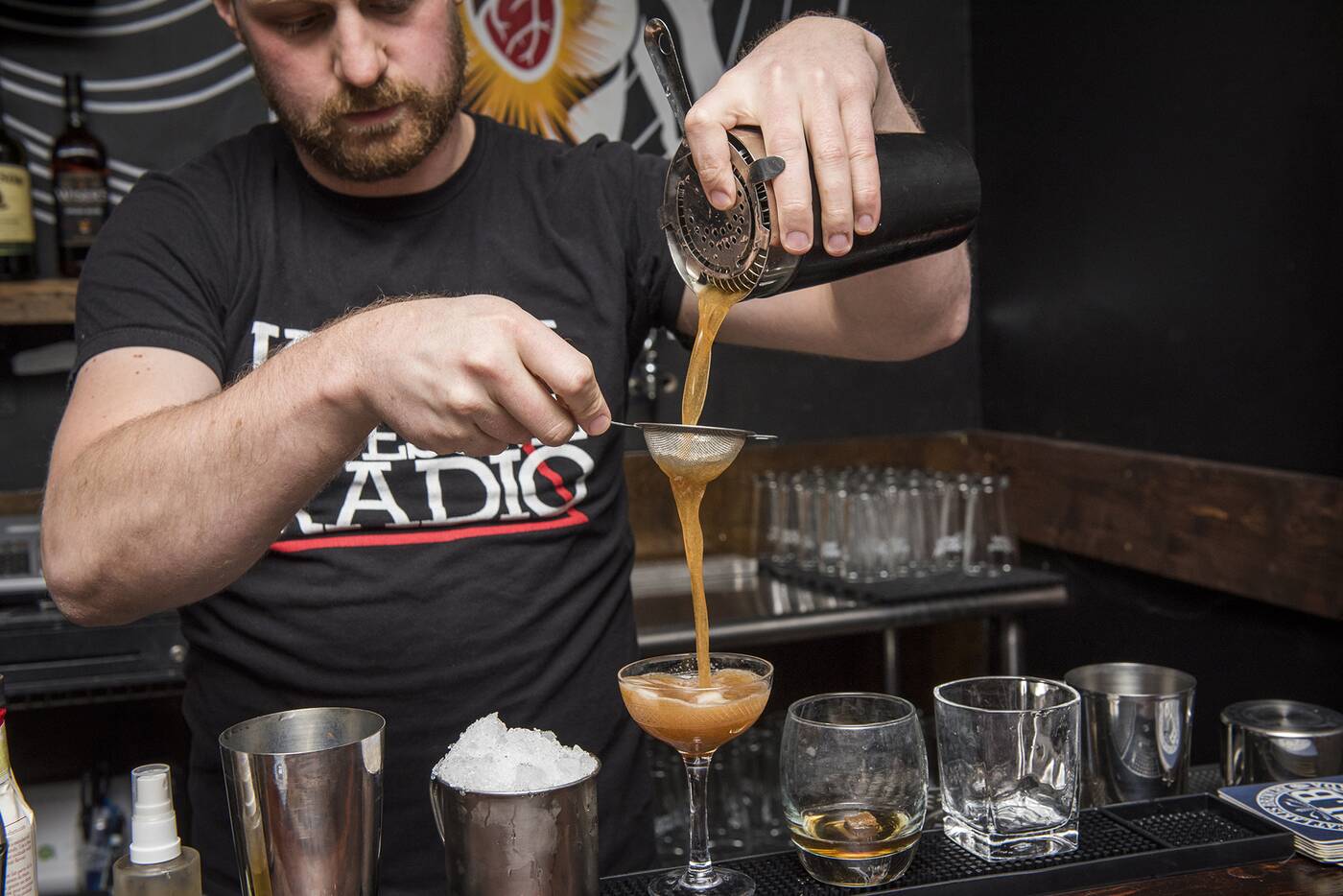 A Killer Bee with spiced rum, lemon, Cynar, and honey is boozy and sticky. 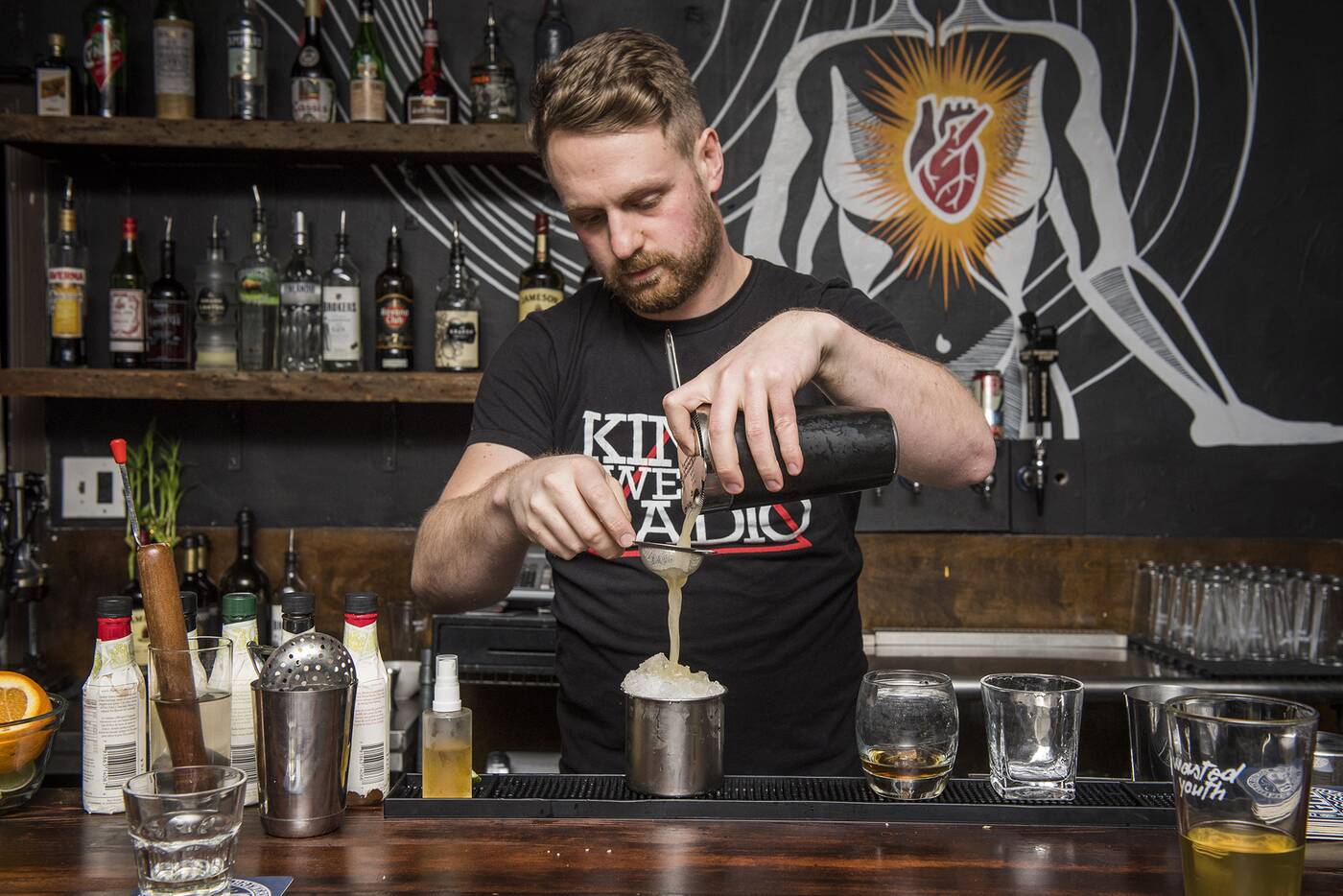 I think the honey is put to better use in rye-based The North, where it’s diluted and balanced by ginger beer and a Moscow-Mule-like pile of crushed ice. 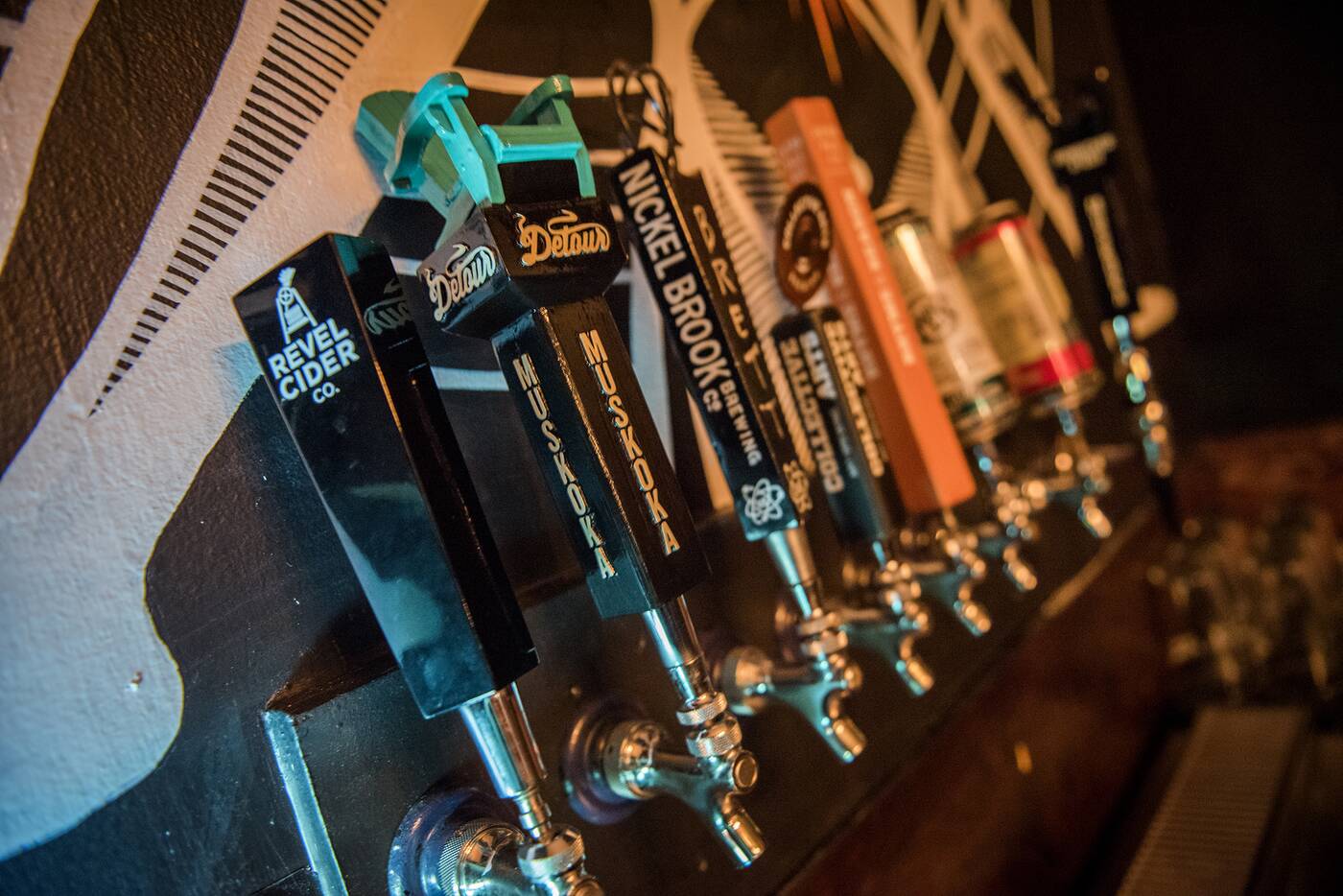 In addition to $9 cocktails a list of $7 draft beer reps local craft breweries, typically offering a more middle-of-the-road and a more experimental option from each.

For example the Canuck Pale Ale and Lake Effect IPA might be on offer from Great Lakes, or you might opt for the sour Prophets & Nomads gose or easy-drinking Lunch Money ale from Collective Arts. 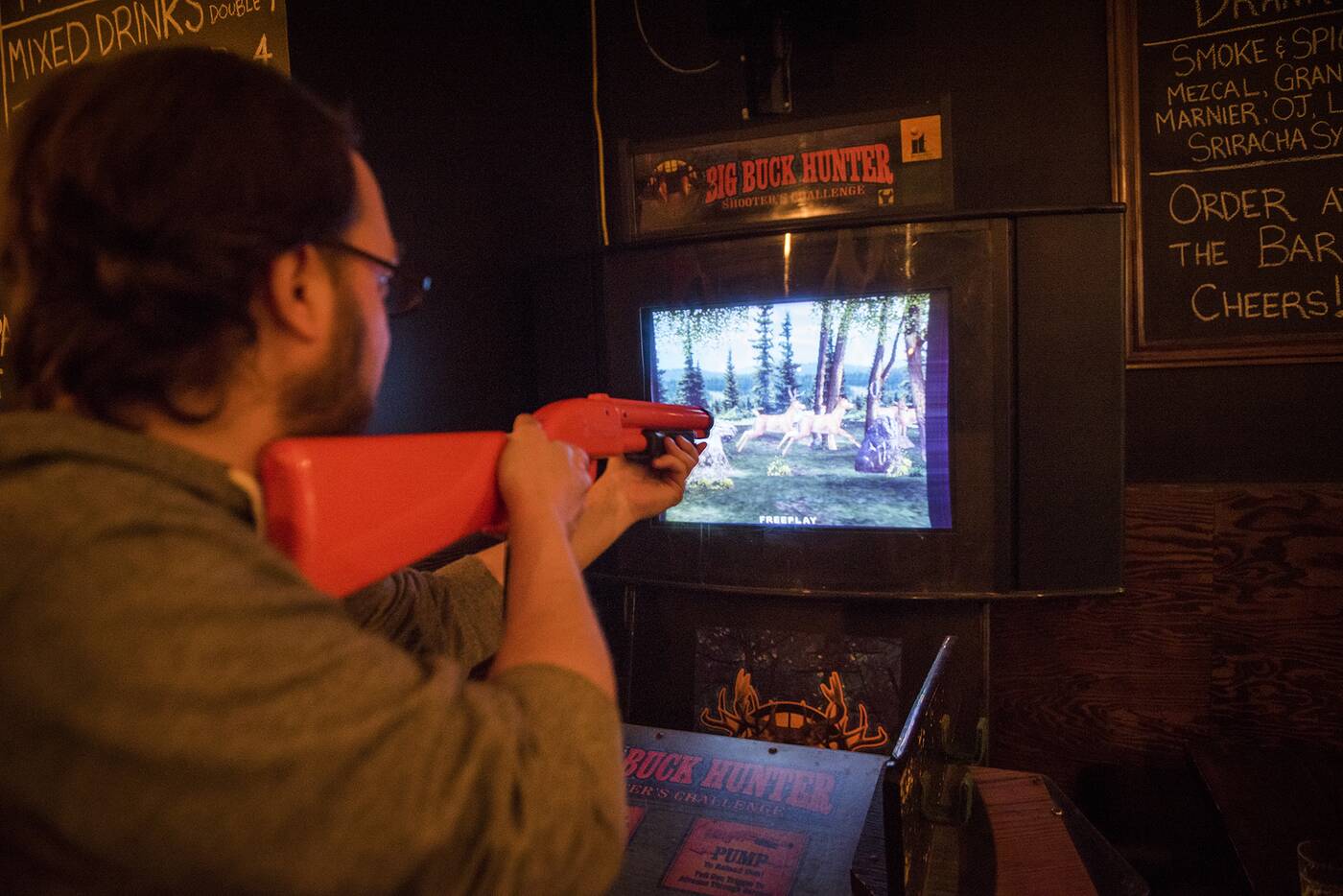 A Big Buck Hunter arcade game now proudly stands in the space, adding to the retro, ironically trashy vibe and putting yet another bar with an arcade game on the map. 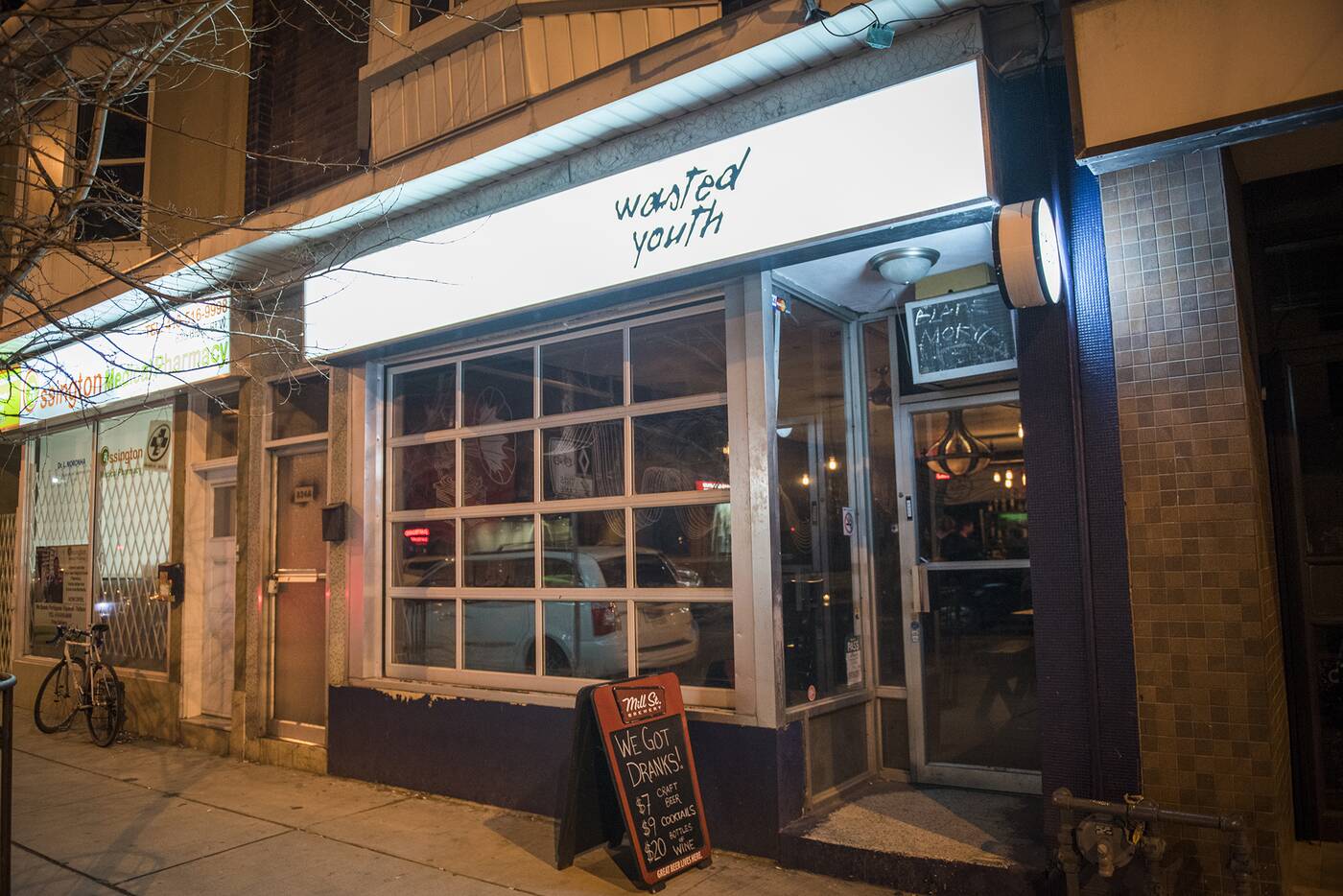