Less Bar is a haven for Toronto’s POC, LGBT and otherwise marginalized and underserved creative population, performers and fans alike. 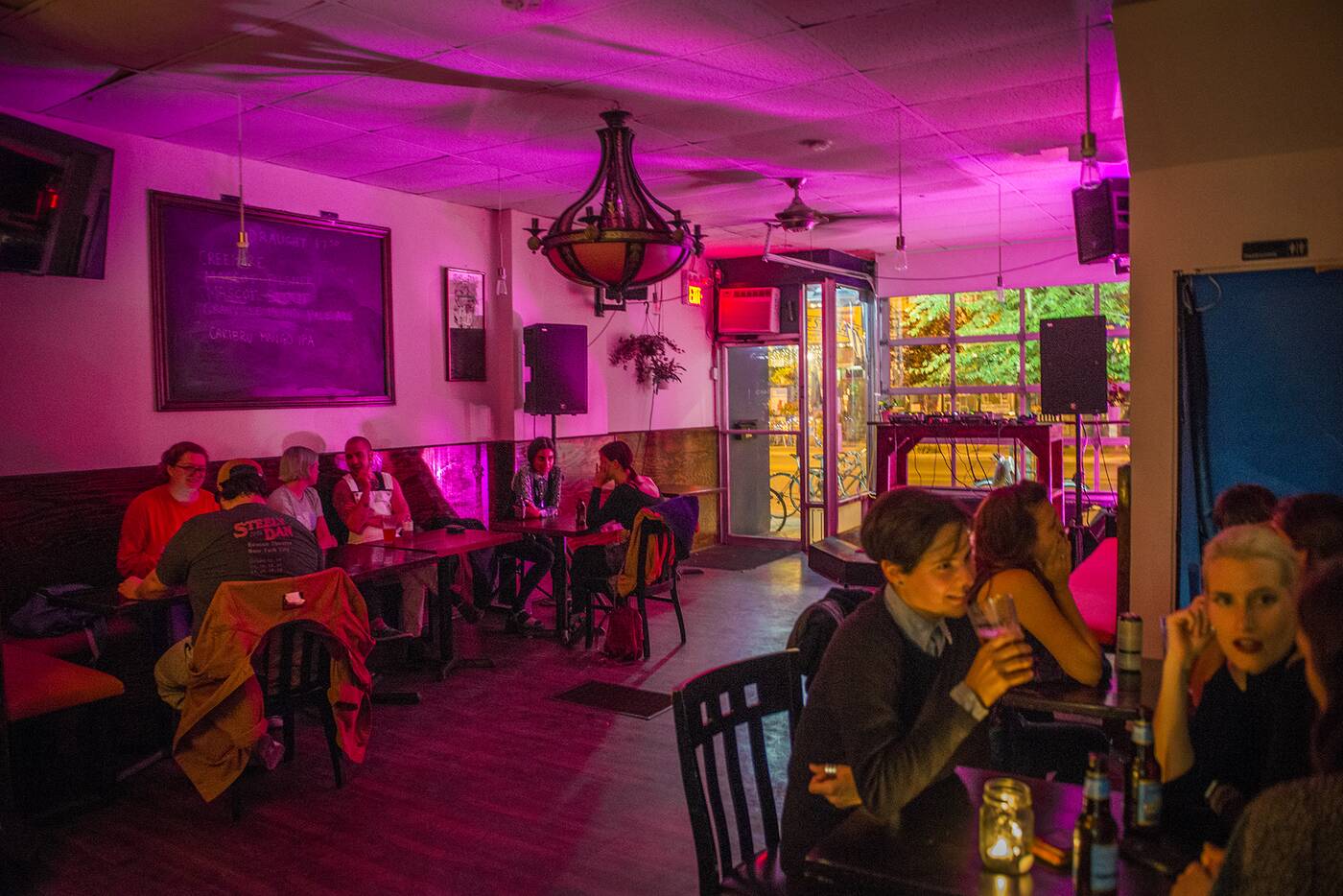 She says the idea behind better representing the community at Less Bar crystallized when she put out the call for performers and the vast majority that stepped forward were white and male.

The trappings of a sports bar have been stripped away to make for a bare bones, artsy space, with a focal point chandelier that had apparently always been there. Chalk art of Bautista is all that remains of Homestand, accented by a more recent chalk art “peep show” by a local artist. 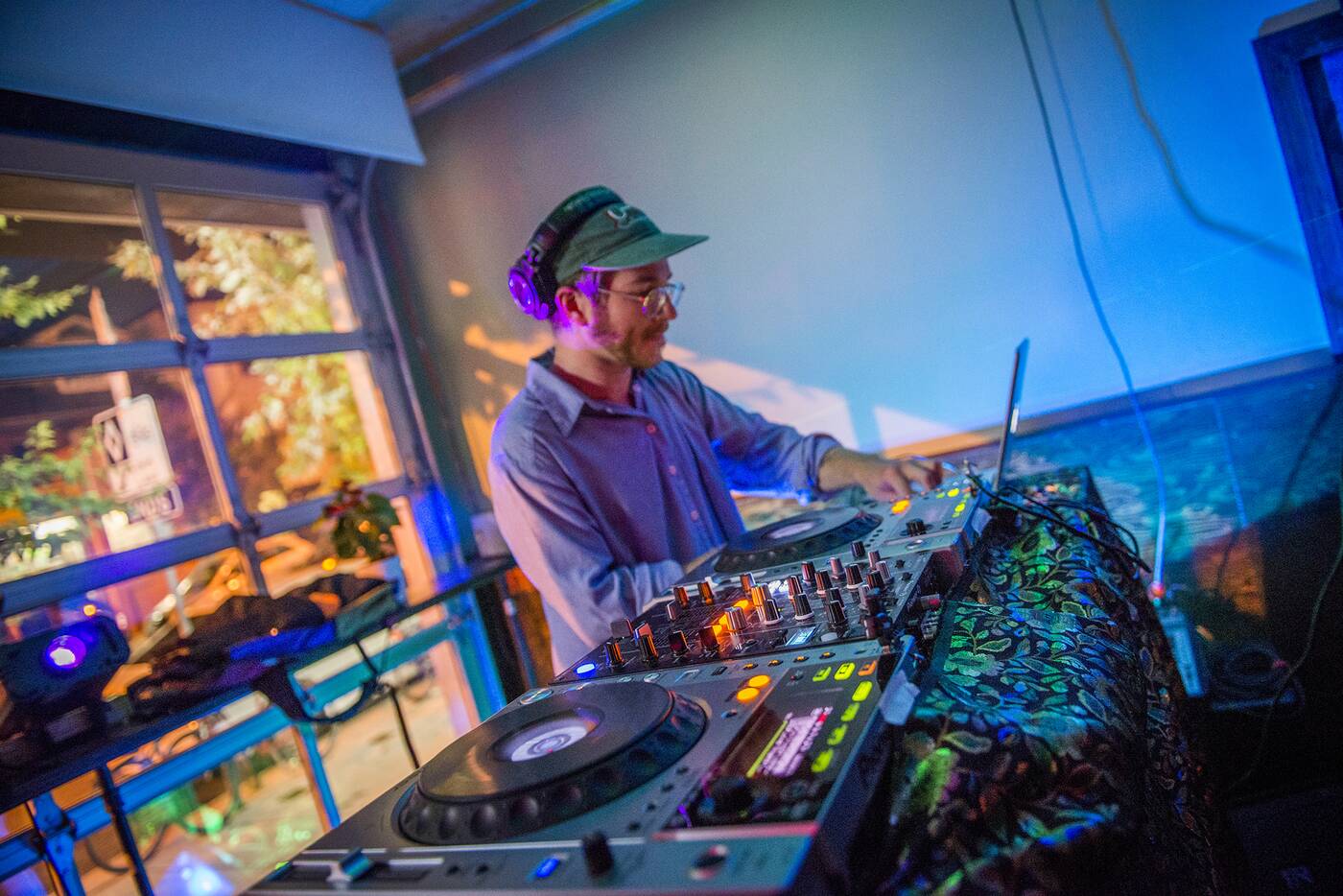 The space mainly hosts live bands and DJs, but plans for events like talks, panels, karaoke, open mics, team building and feminist workshops, literary or record collective meetings, and even themed trivia are in the works. 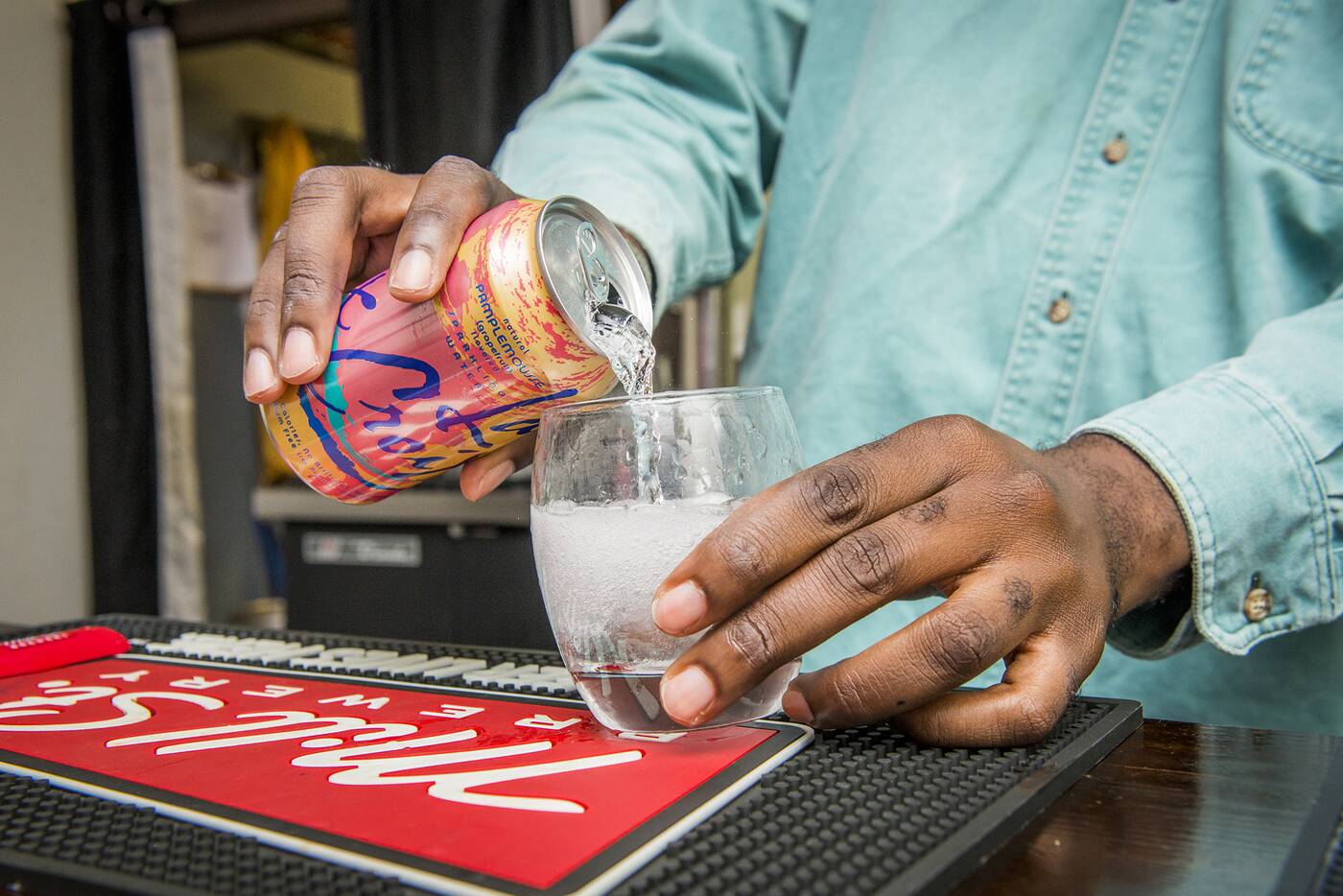 Drinks take on a Berlin-inspired, secret menu sort of feel: you can order any non-alcoholic beverage, like a LaCroix or craft soda ($3) and add a shot of your choice to it. 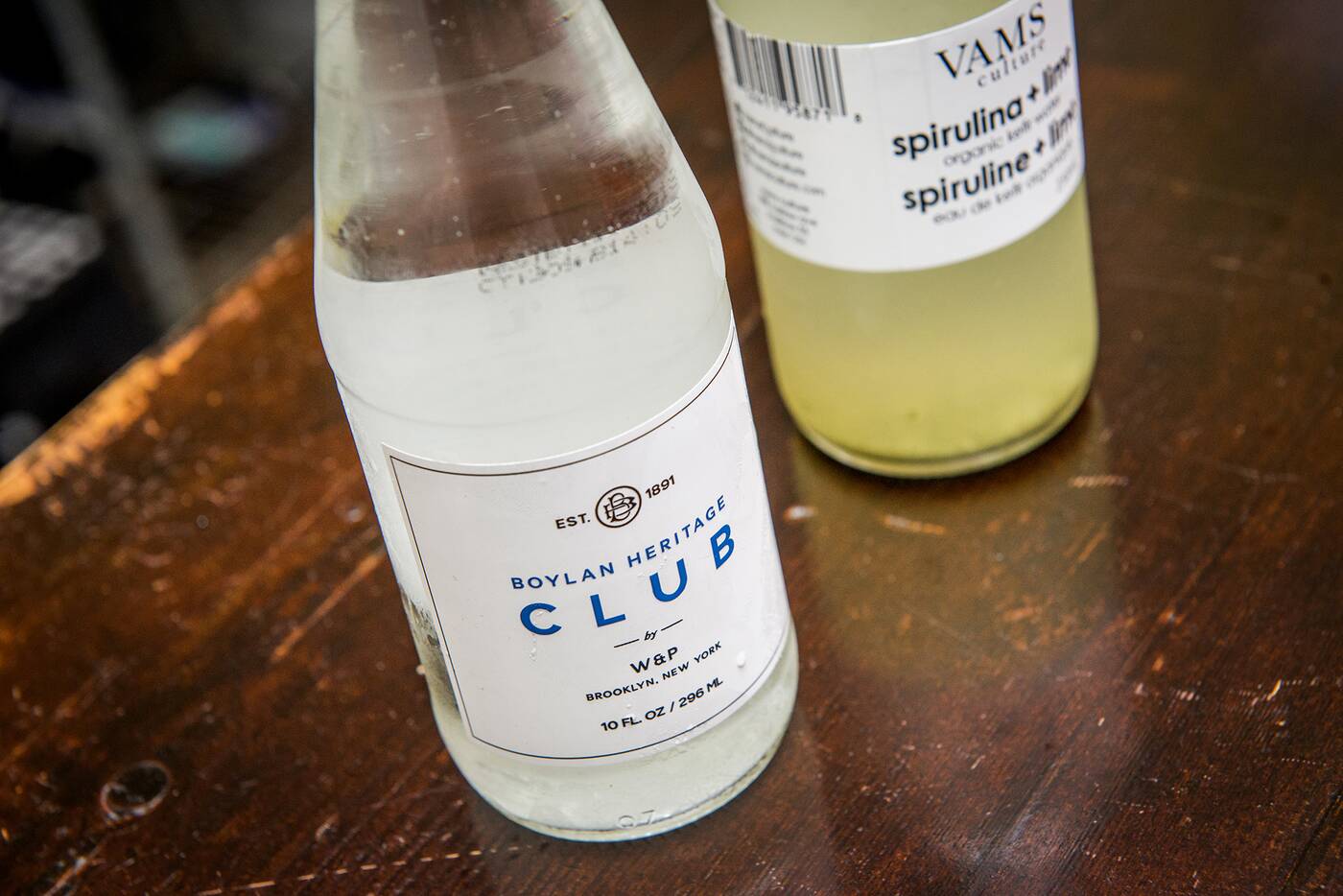 The emphasis is on equalizing the sober community and drinkers, with options like Boylan Heritage Club ginger ale, club soda and tonic. 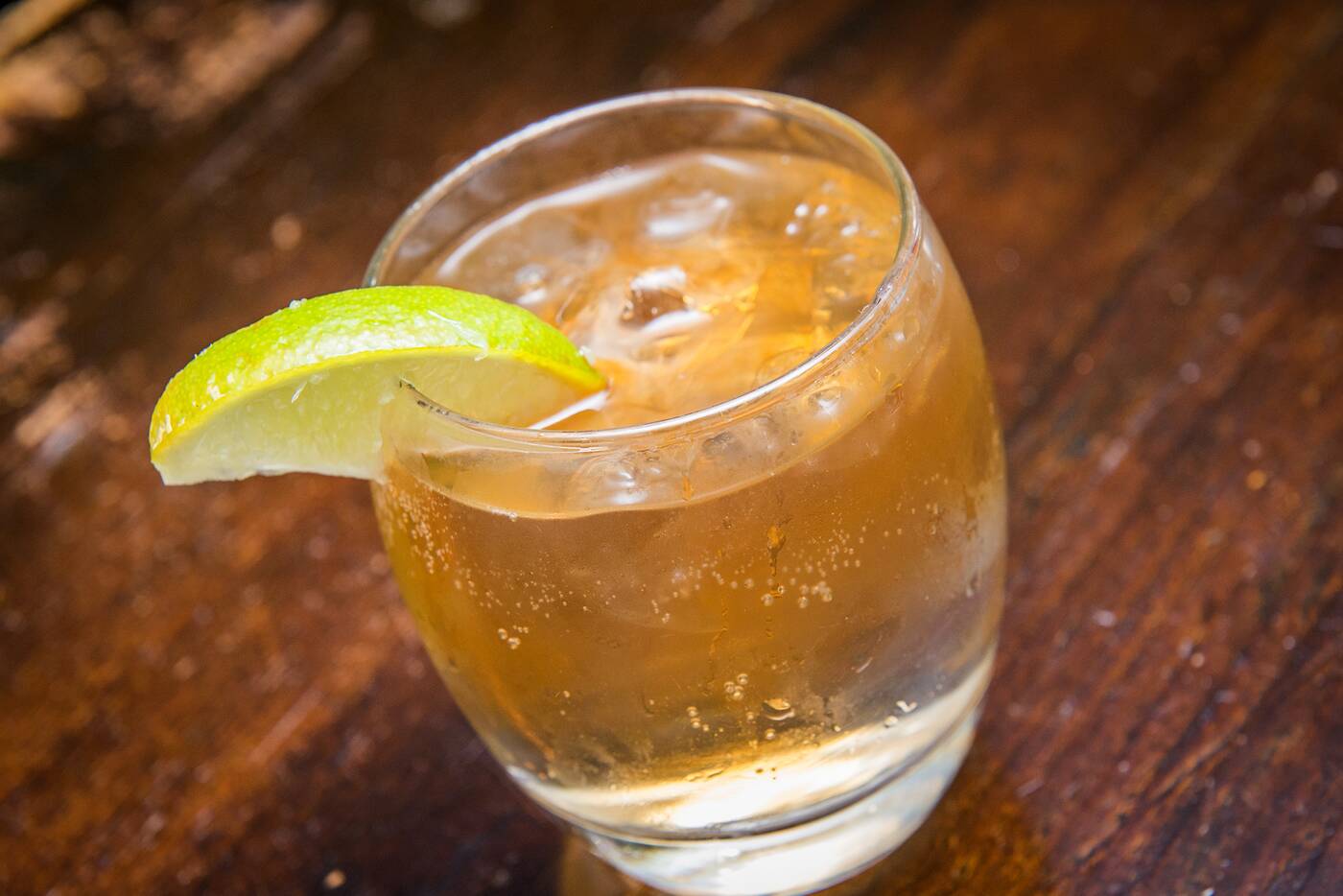 A grapefruit LaCroix, gin, lime and bitters combination ($7) isn’t half bad either, kind of an elevated take on your typical club mixed drink. 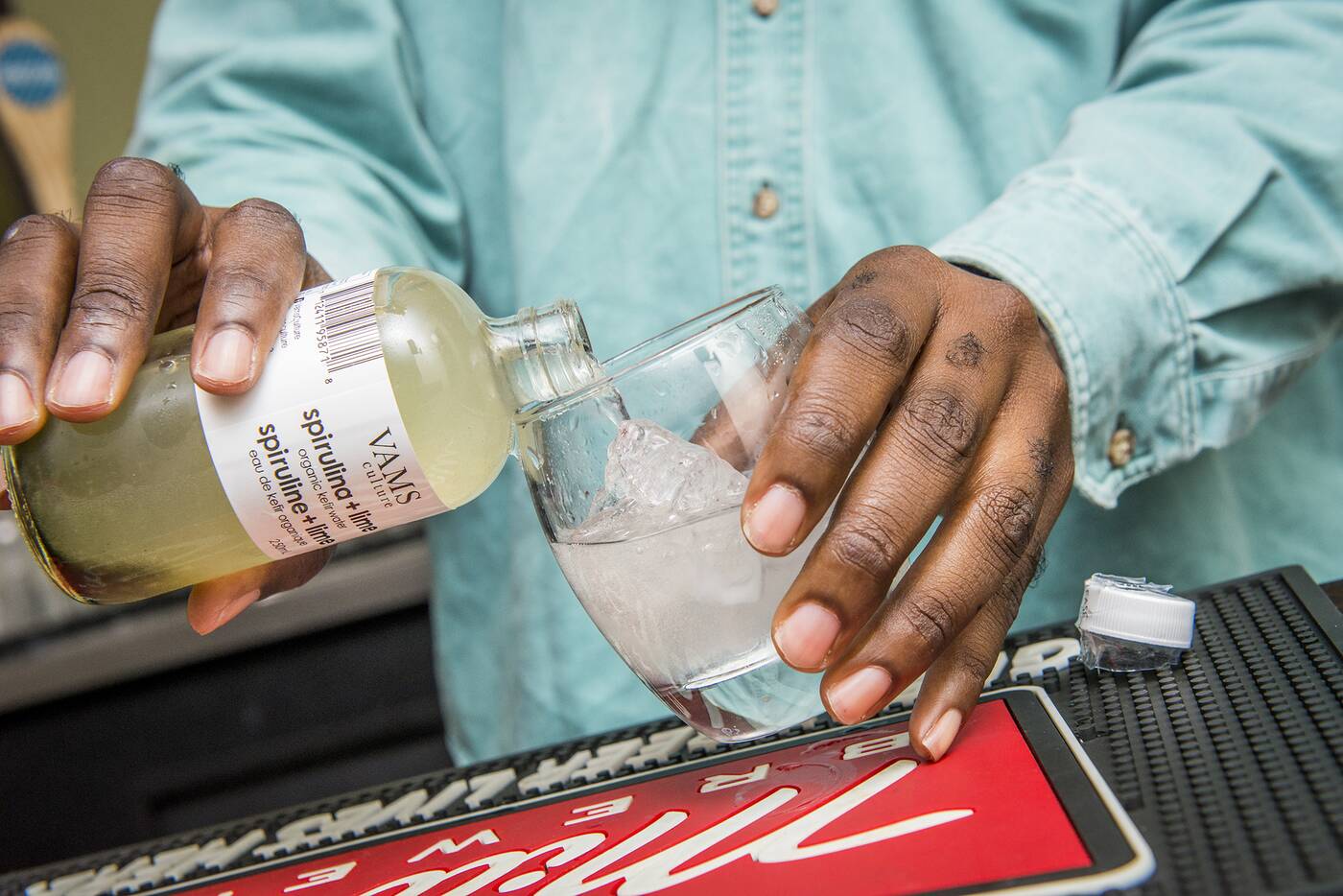 You can also mix with or order a straight up Vams lime kefir water or kombucha. 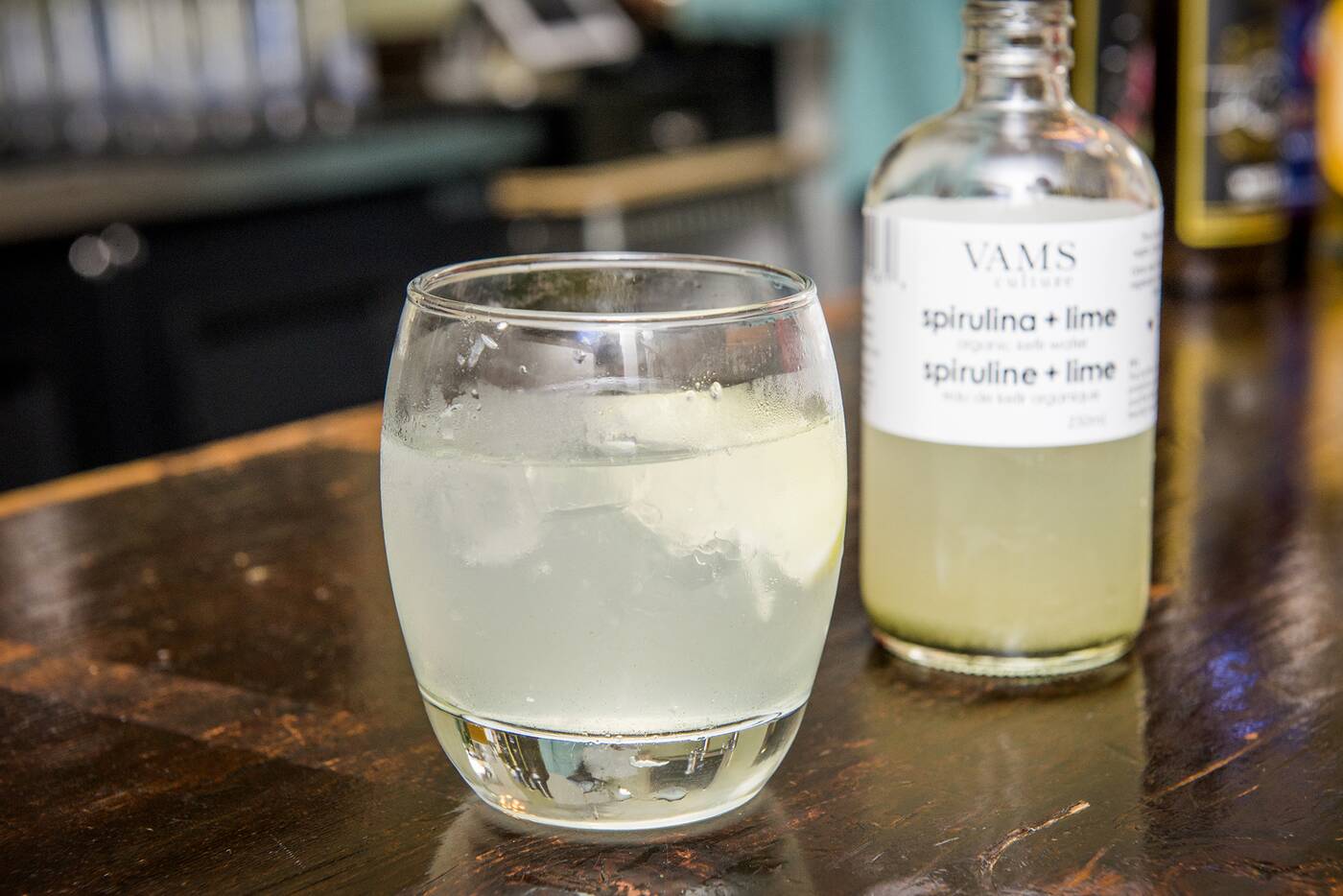 Another nod to Berlin comes in the form of giant bottles of Club Mate ($6), a tasty energy drink ideal for non-drinkers and performers staying sharp and awake for their late night sets. 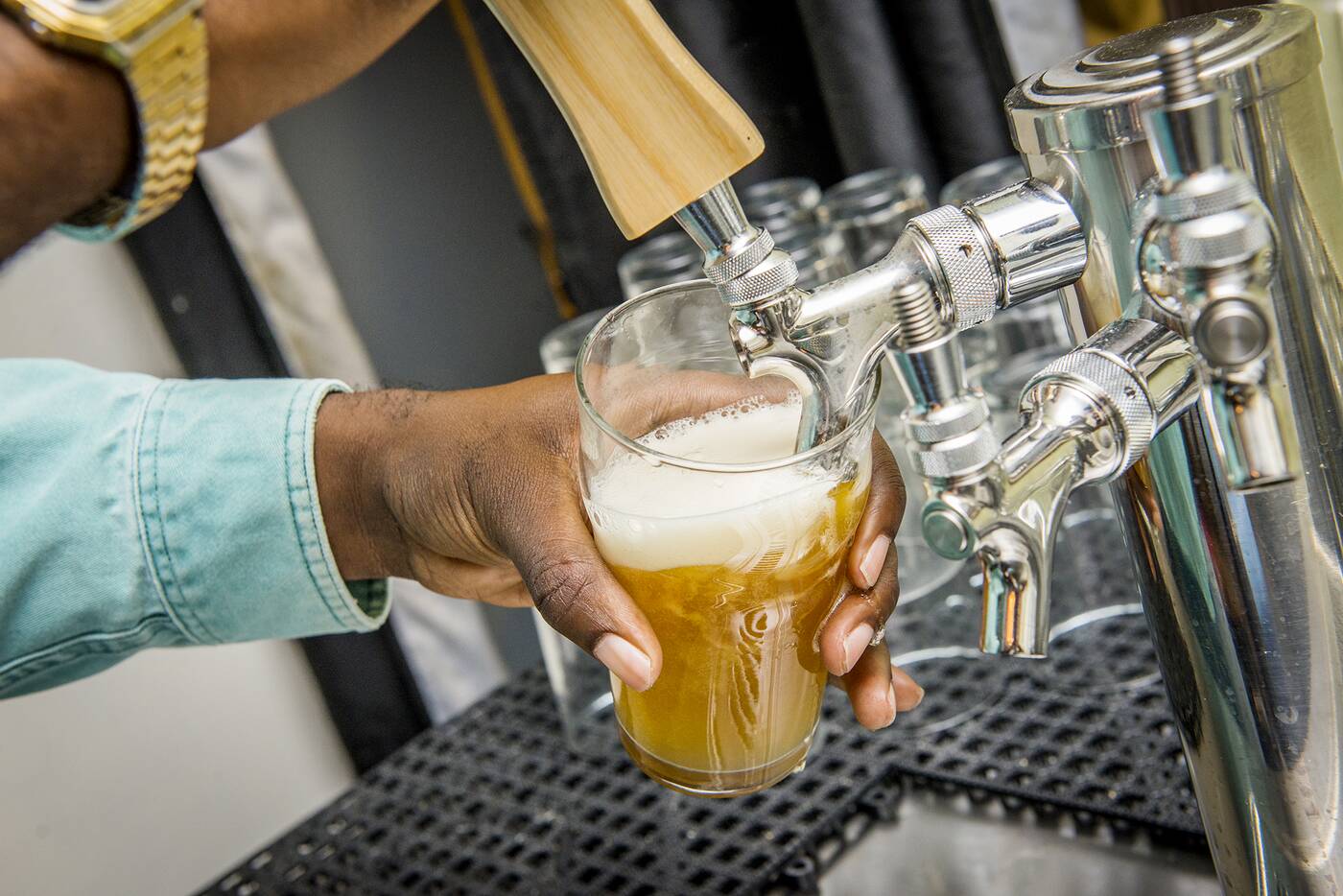 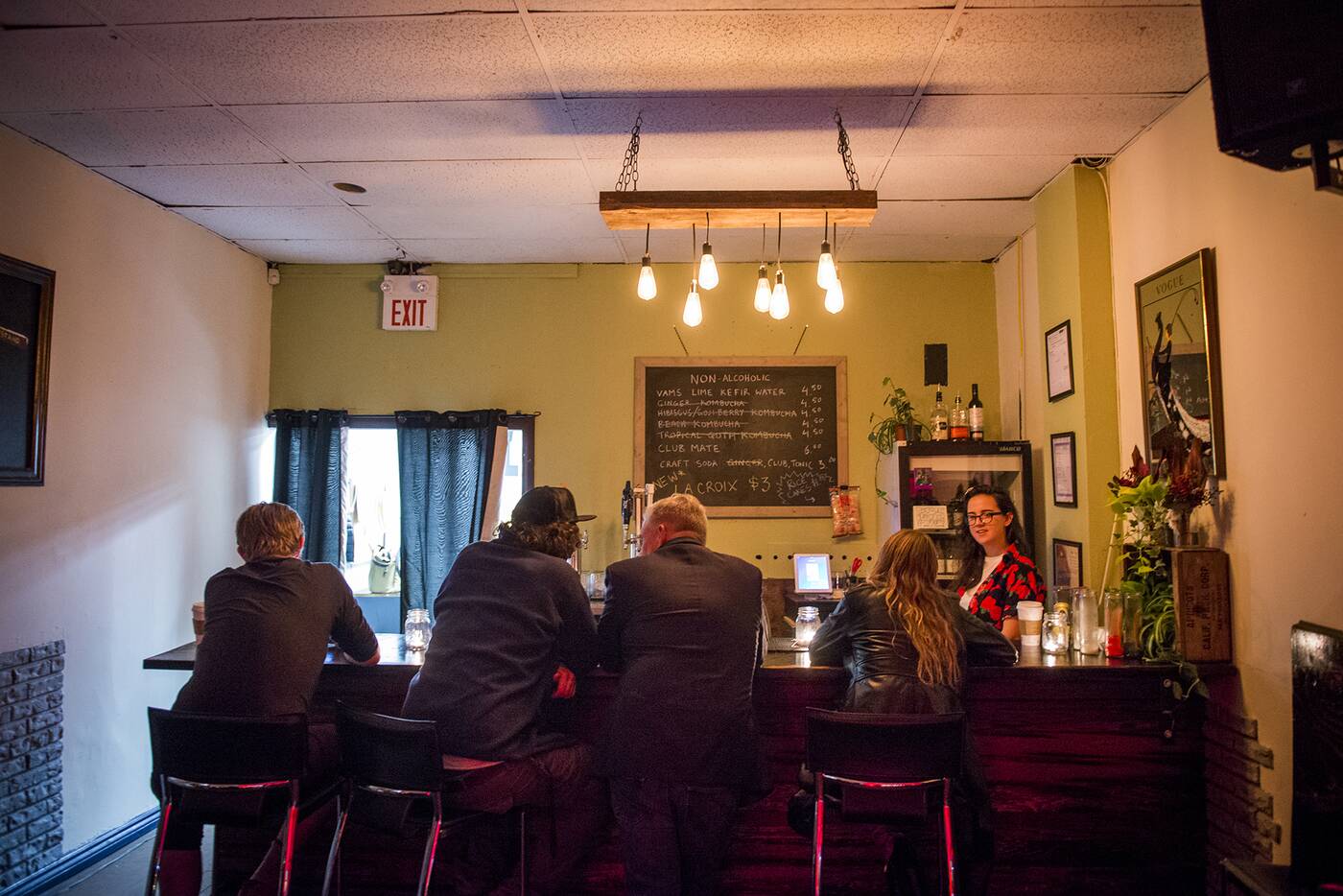 Opened in the wake of many venue closures, the hope is that the space with a capacity of 41 will become a kind of replacement for small indie performance spaces such as Holy Oak. 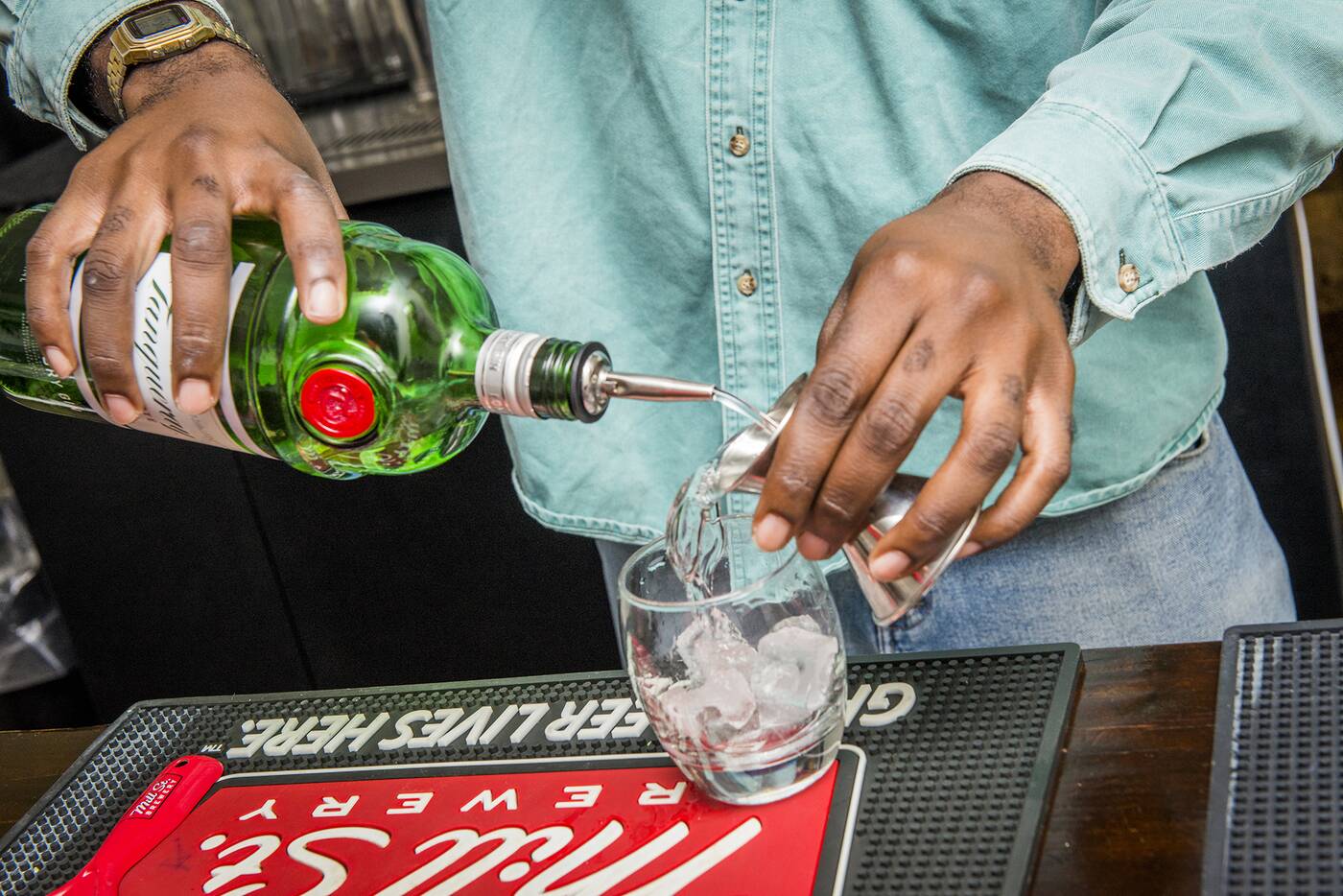 “House rules” I’d heard about involving “no fancy cocktails” (kefir water mixed drinks are clearly on the level) and no texting “through your date” seem less enforced and more like no-brainers. 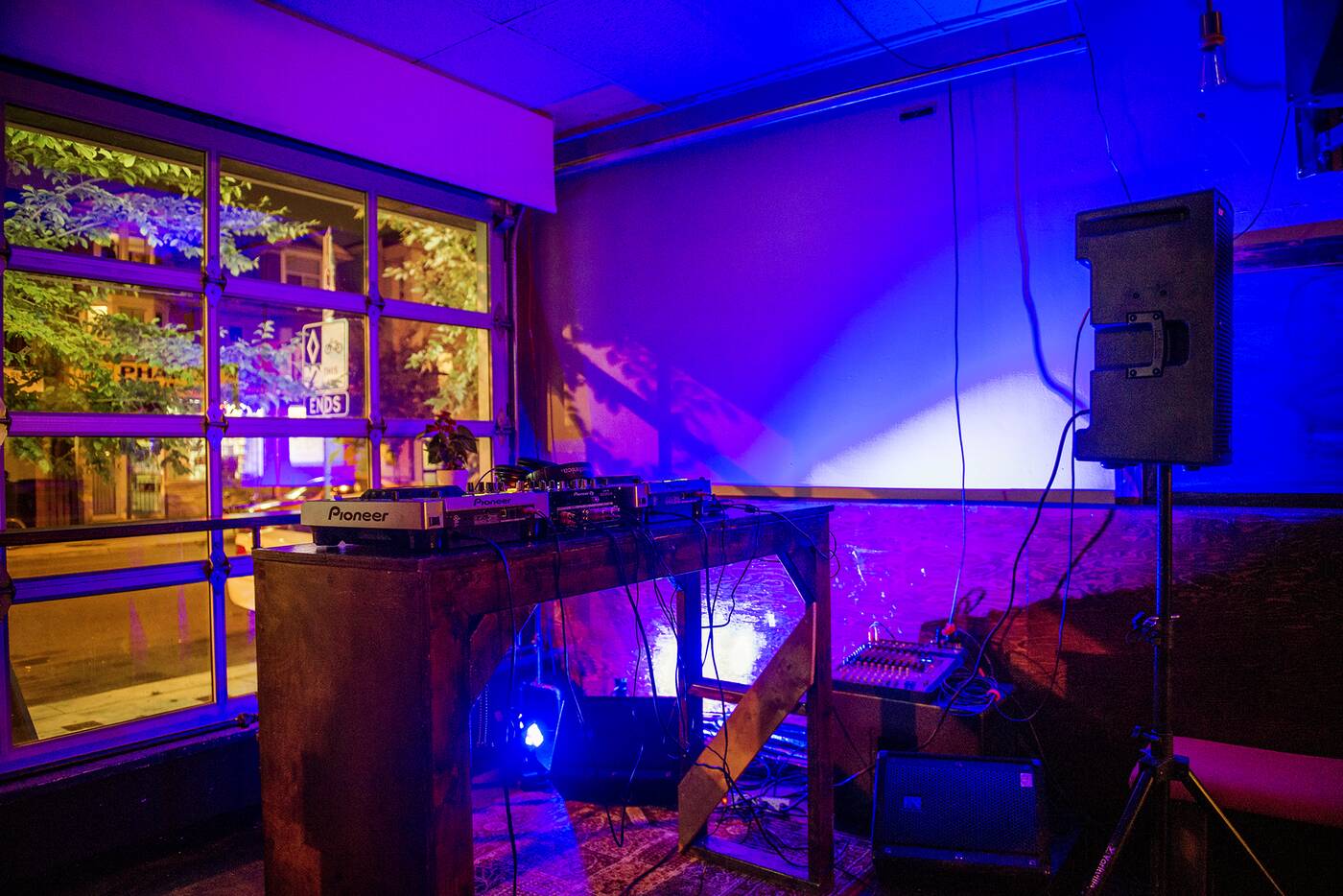 There are plans for the back kitchen area to be transformed into accessible washrooms. Who knows, maybe one day the big dreams here will outgrow the physical place itself. 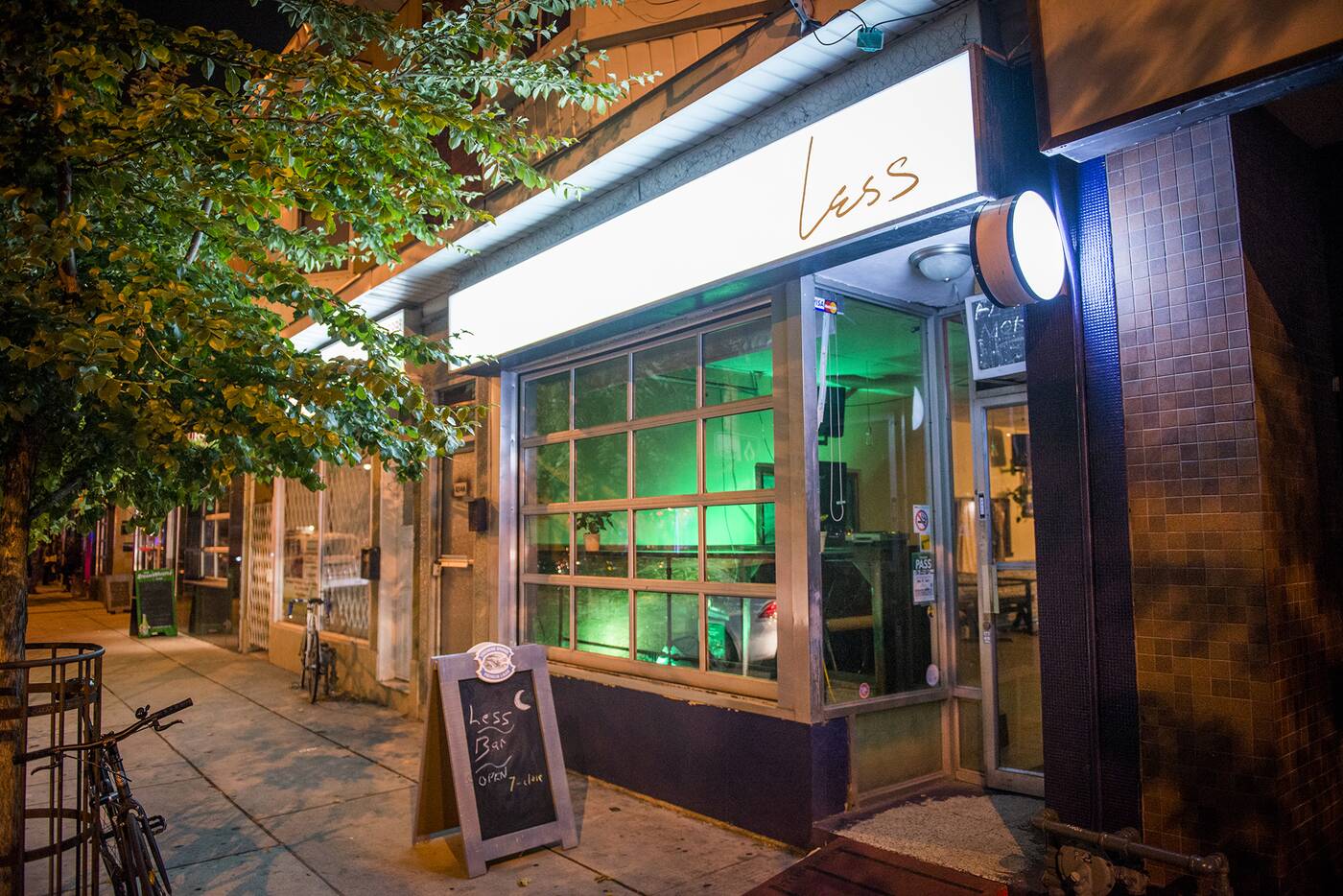