El Tren Latino is currently open but their offerings and services may be affected due to the pandemic. Please contact the business directly for more information about any changes. Is this your business? Please contact us if you would like to update this message.

El Tren Latino is a restaurant, bar and club with live music that takes its name from the Spanish word for train.

If this place is a train, it's one with two wildly different cars. Immediately upon entry, you step directly into the type of bar space on St. Clair West typically occupied by older guys: perhaps a little too well lit, the stools wobbly. 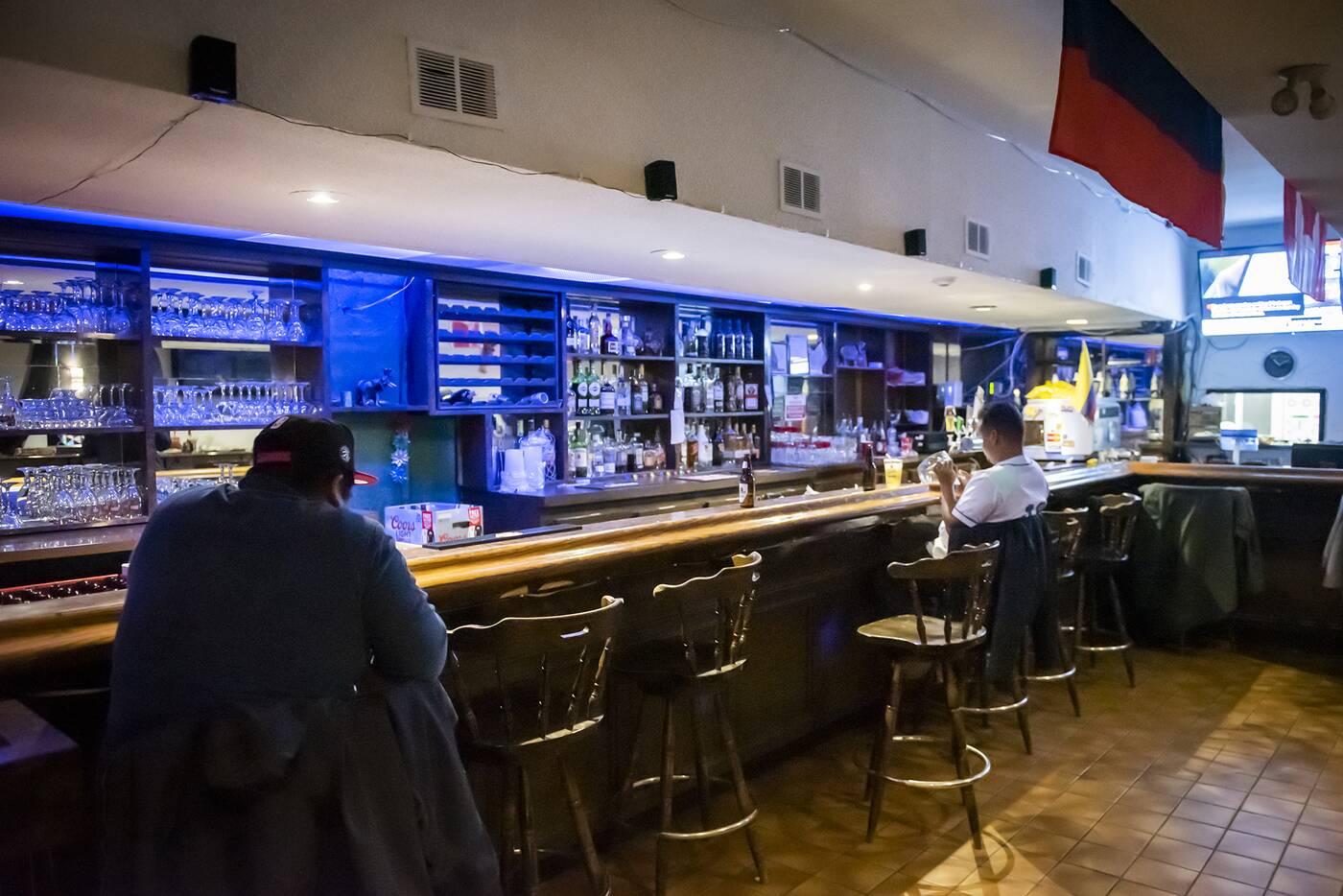 However, head through a passageway to the other half of the space and you'll find a dark club environment lit by paper lanterns on tables where a live band plays weekly. 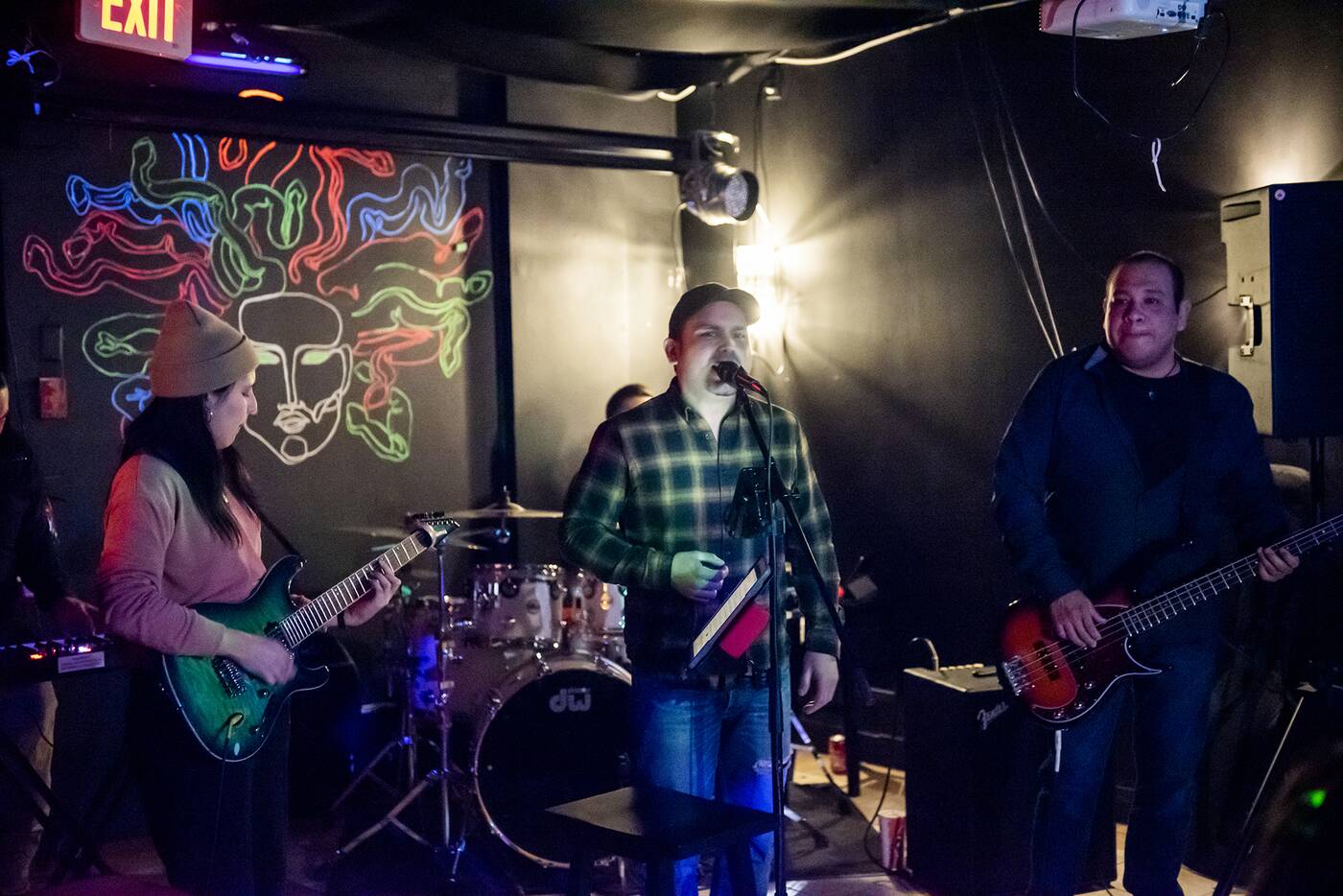 Called Wateke, they play lively Spanish rock starting around 10 p.m. every Saturday for no cover. 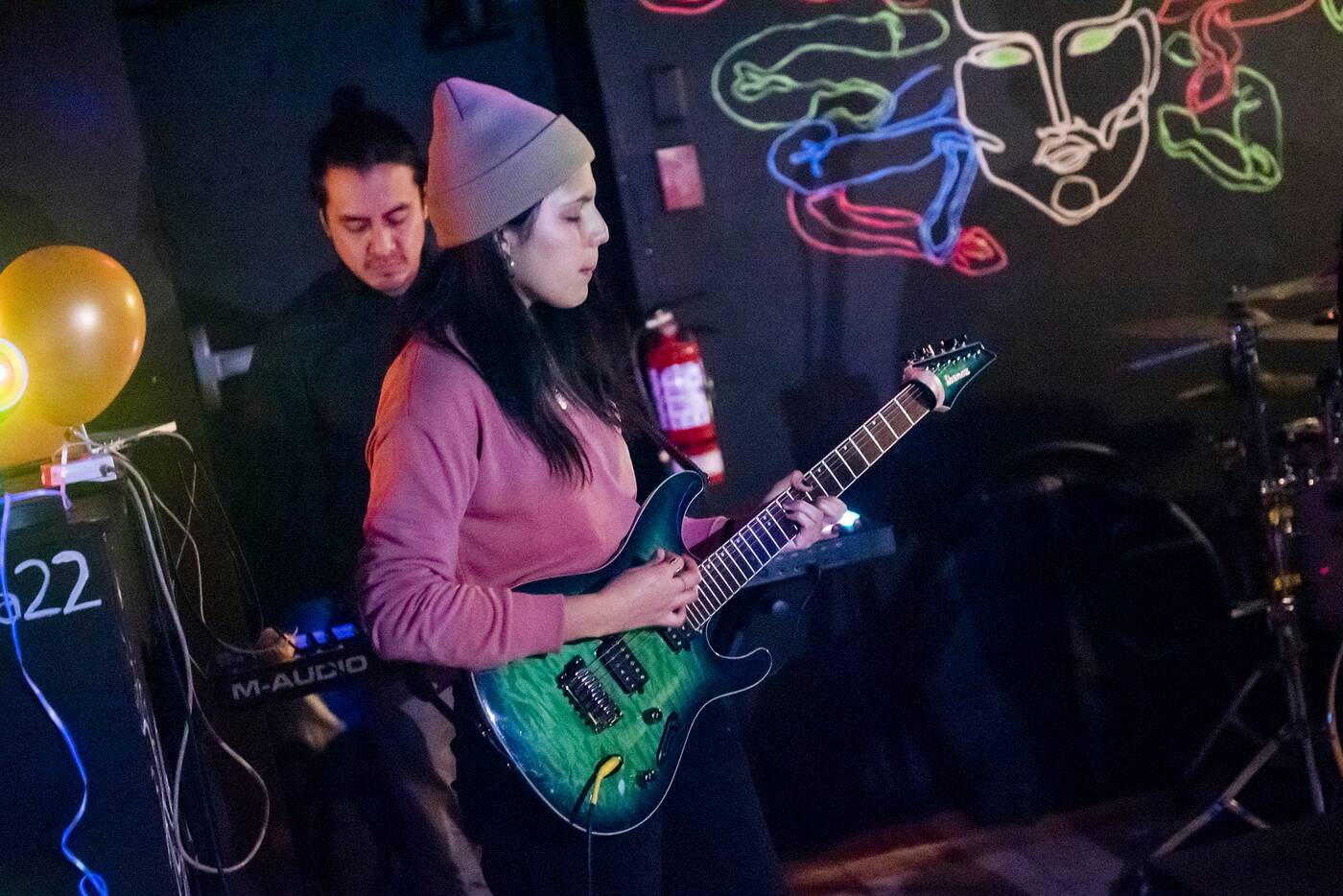 Don't expect to hear a word of English during banter between songs. The menu here is pretty much entirely in Spanish as well. 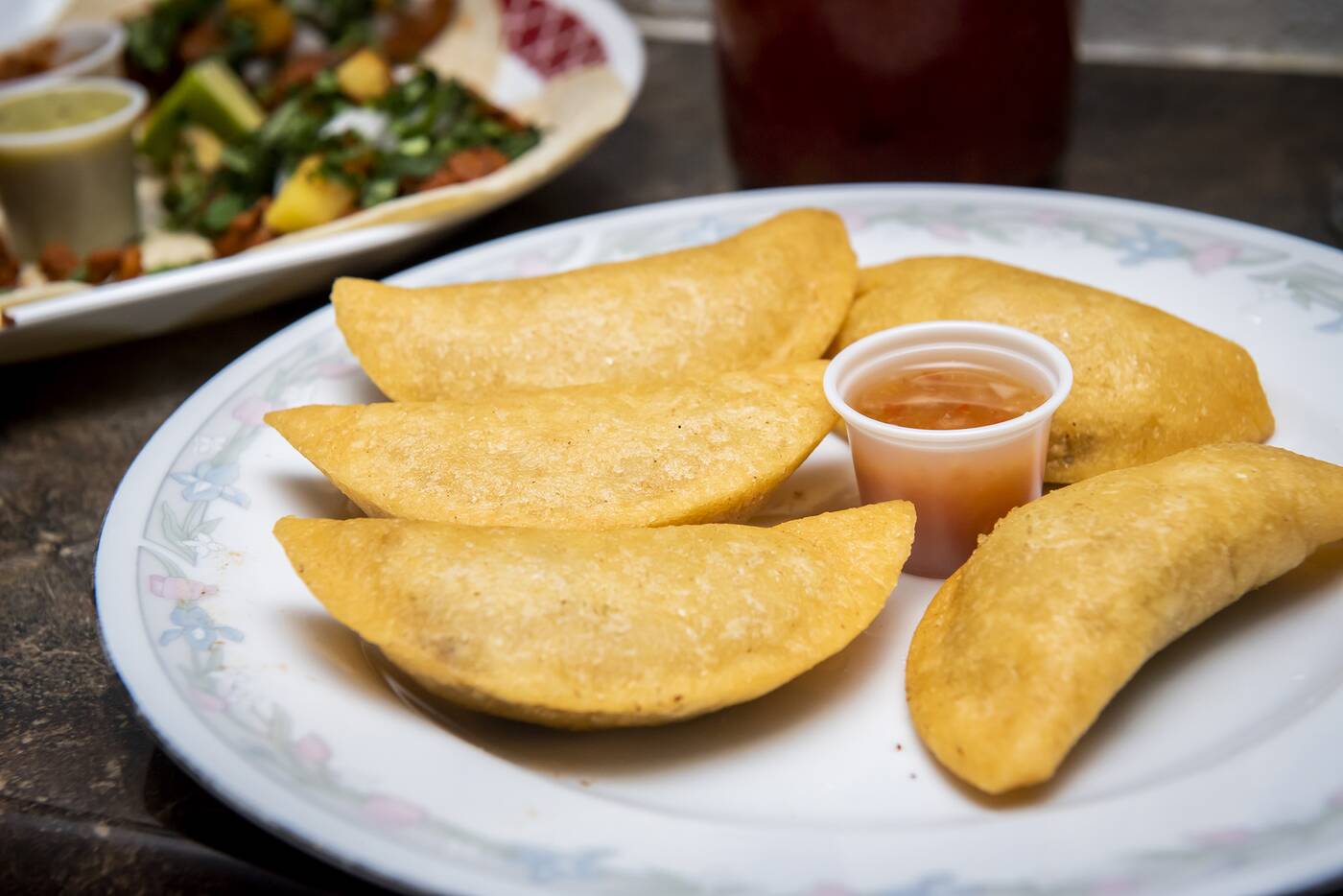 Empanadas ($11) are made in house, stuffed with seasoned beef and potatoes. They're nothing particularly special, but are crispy on the outside and come with a thin hot sauce. 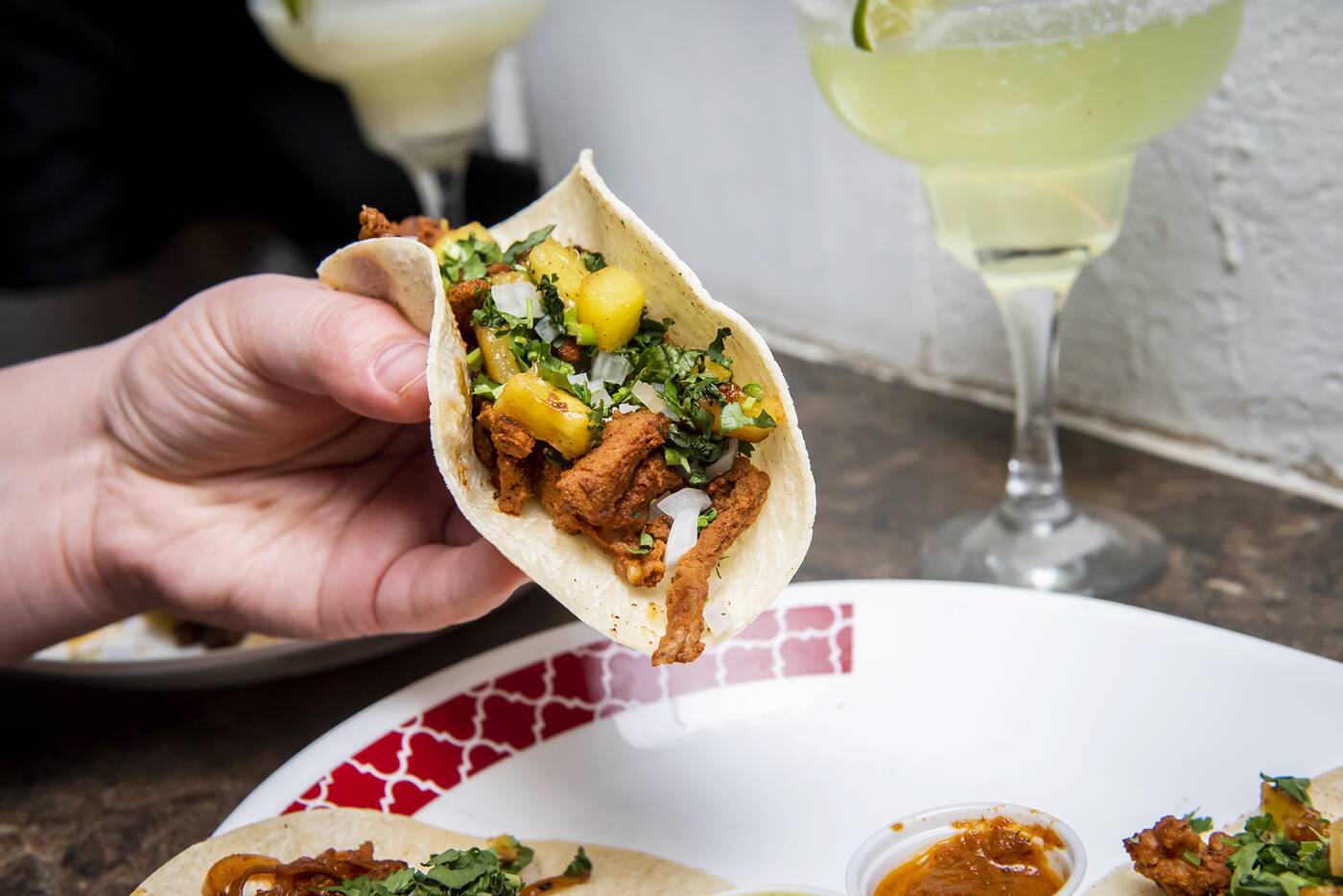 Tacos ($15) are apparently available in an al pastor variety, though options aren't listed on the menu. These are less underwhelming, the meat given decent seasoning and the pineapple adding juiciness, garnished with cilantro and onion.

Two hot house salsas accompany this time, a thick red one and a slightly thinner green one. 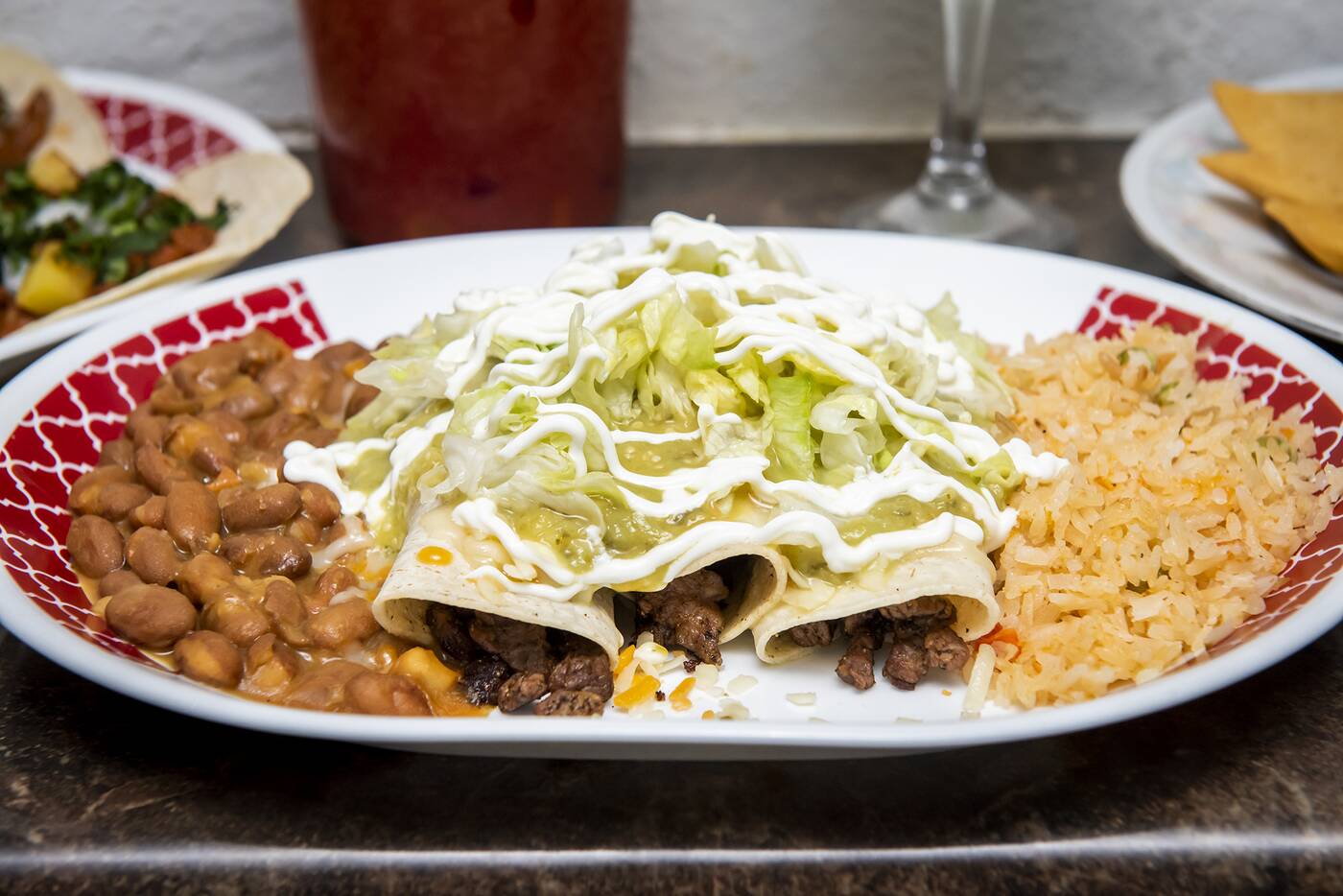 Enchiladas ($14) stand out, traditionally presented smothered in salsa verde, drizzled with sour cream and topped with crunchy lettuce, flanked by rice and beans. Stuffed with beef, the tortillas for both these and the tacos aren't outstanding, but they don't get soggy or fall apart too much. 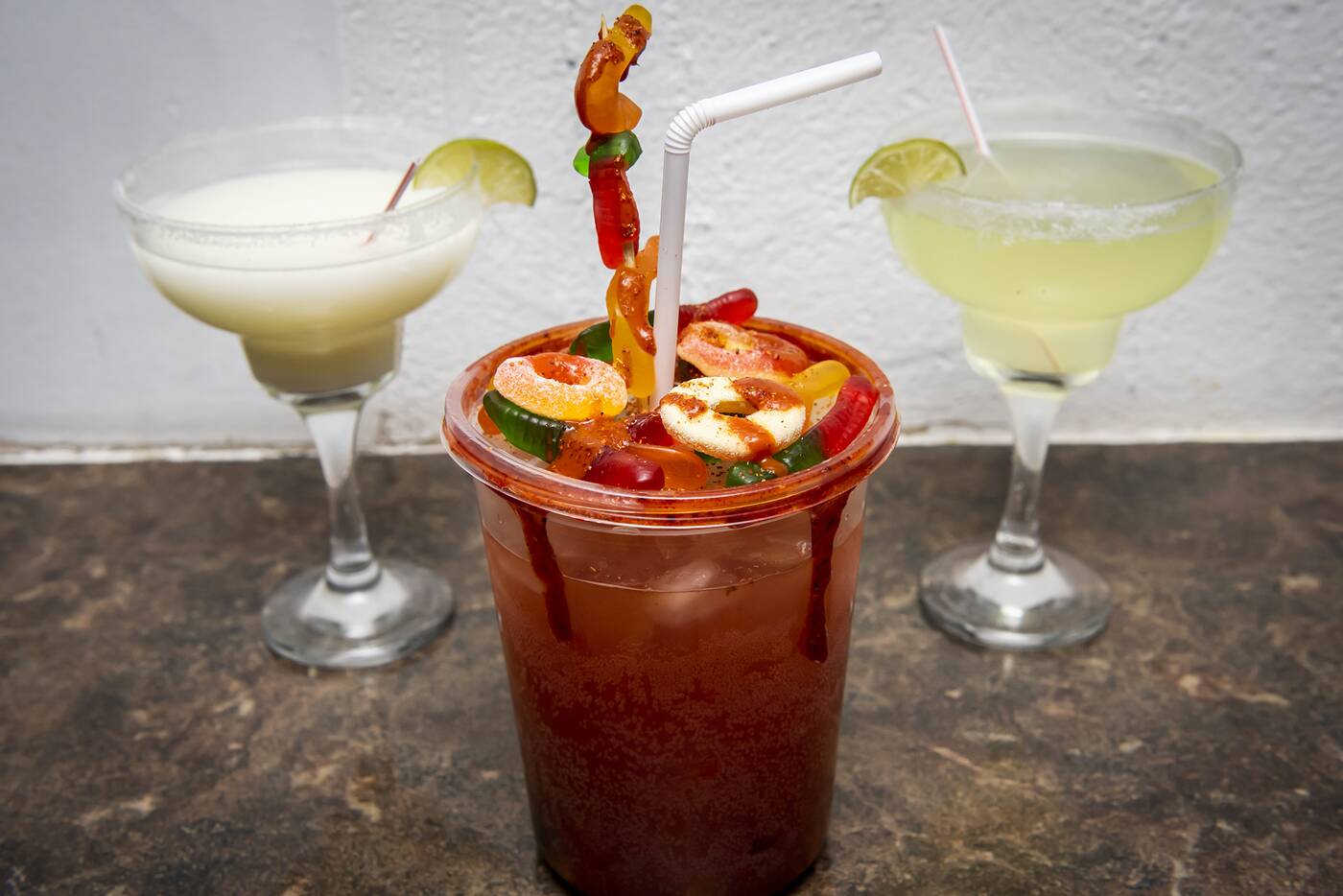 Litre Micheladas (you read that right) include La Colombiana ($15), basically a bucket of beer mixed with tomato juice and seasoning in the typical Latin American fashion.

You can actually also order sort of DIY bottle-service-style Micheladas, packs of beer served with all the fixings to make your own. 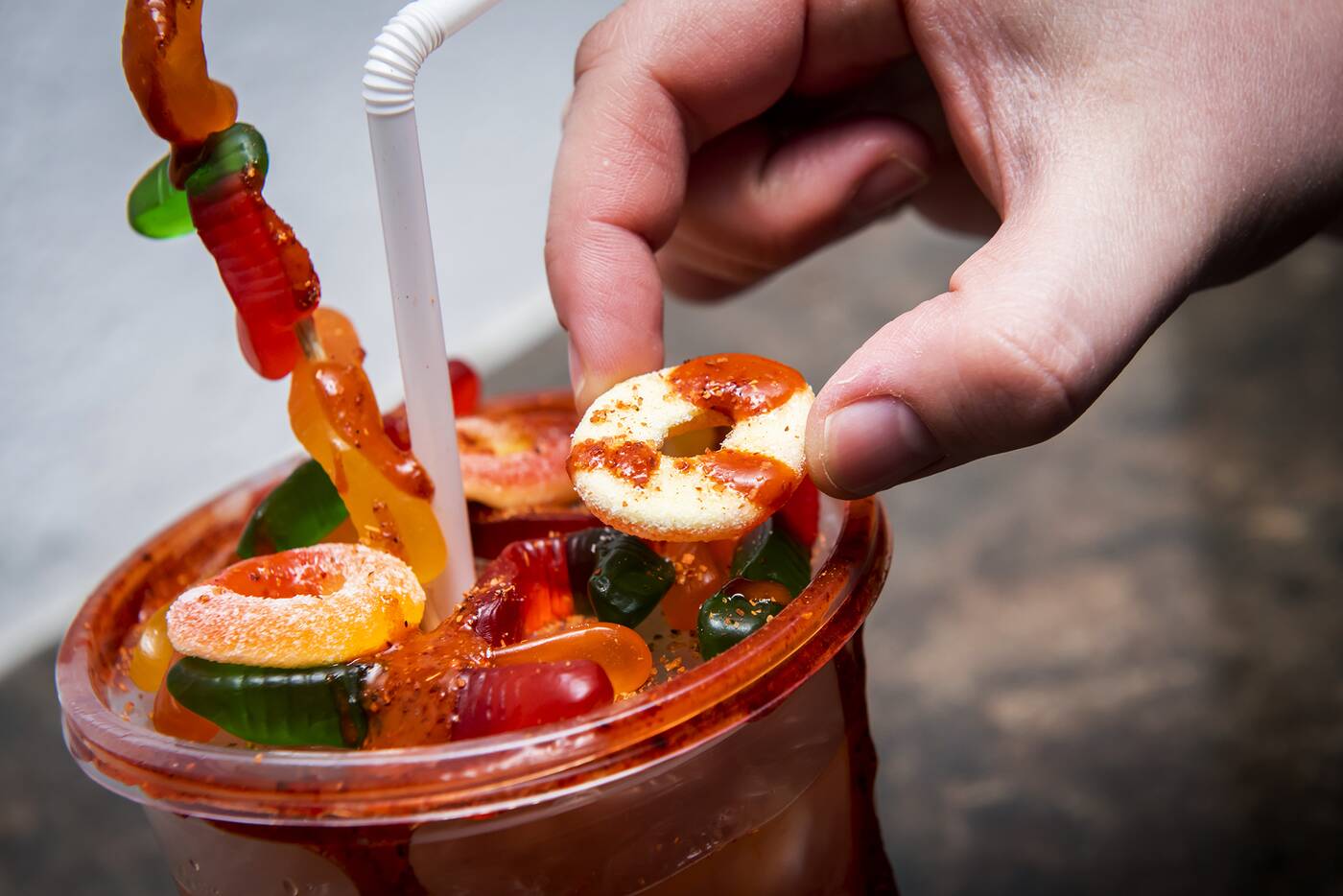 The plastic lid is topped with lots of gummy worms and sour rings sprinkled with what tastes like Tajin, a smoky, spicy Latin seasoning. If this combination of candy and spice is unfamiliar to you, trust me, it's more common than it might appear to be, and actually tastes pretty good. 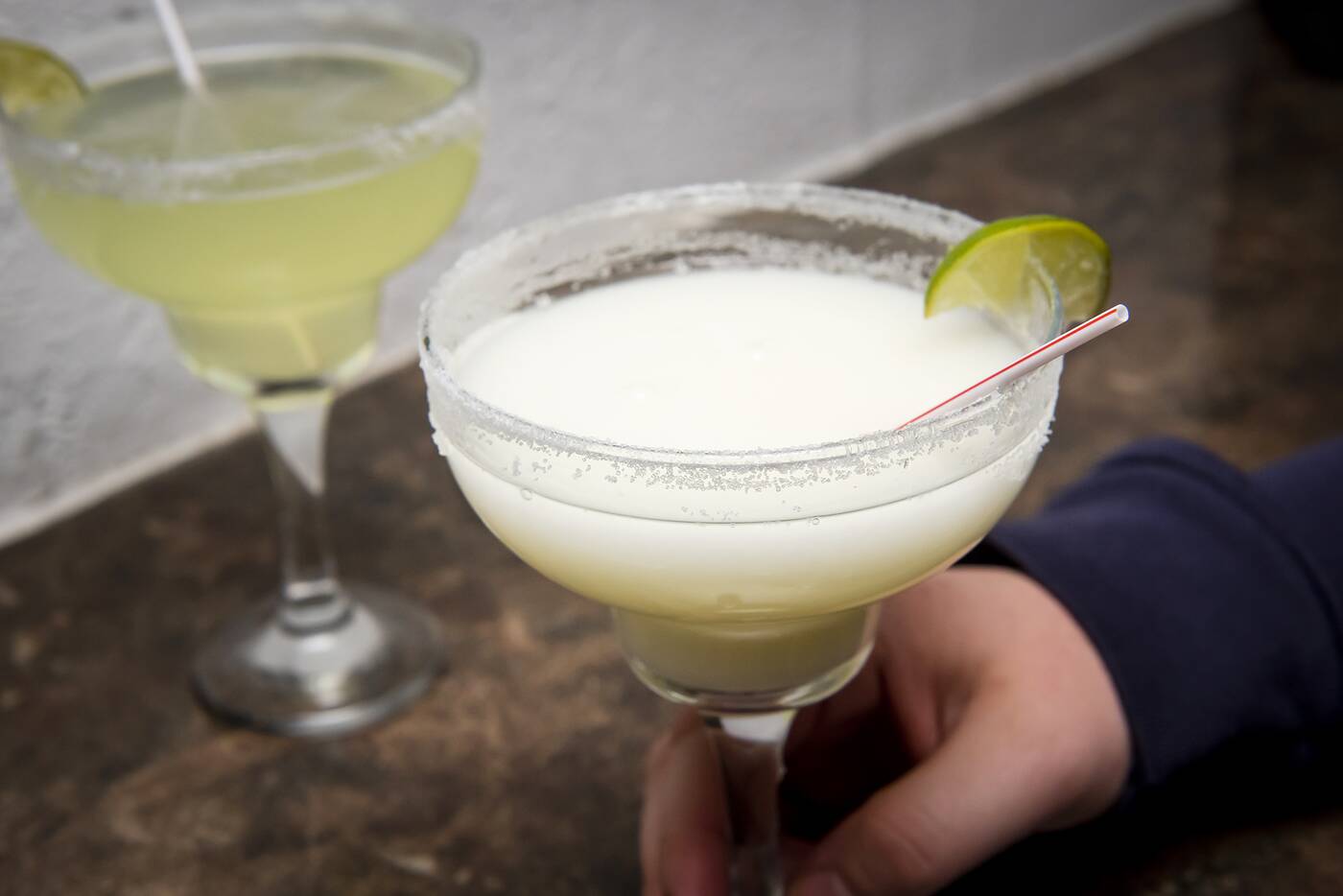 You might not find it on the menu, but they can also whip up a pina colada here, though I'd probably stick with the micheladas. Generously laden with maybe too much rum, it uses a premade mix and is served in a sticky, rimmed glass. 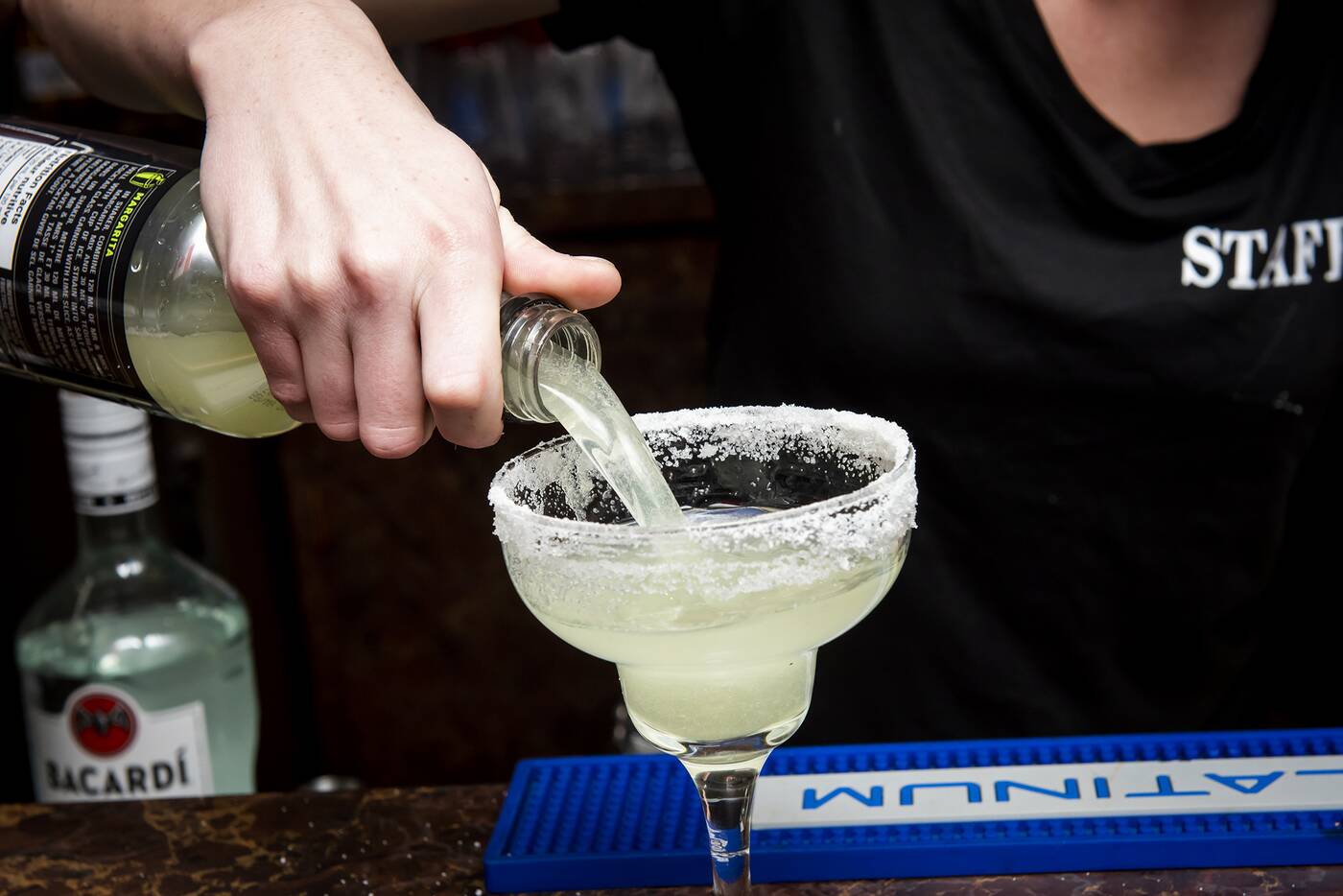 A margarita can also be ordered in a pinch, also made using a sickly sweet and sour premade mix and served in an identical glass. 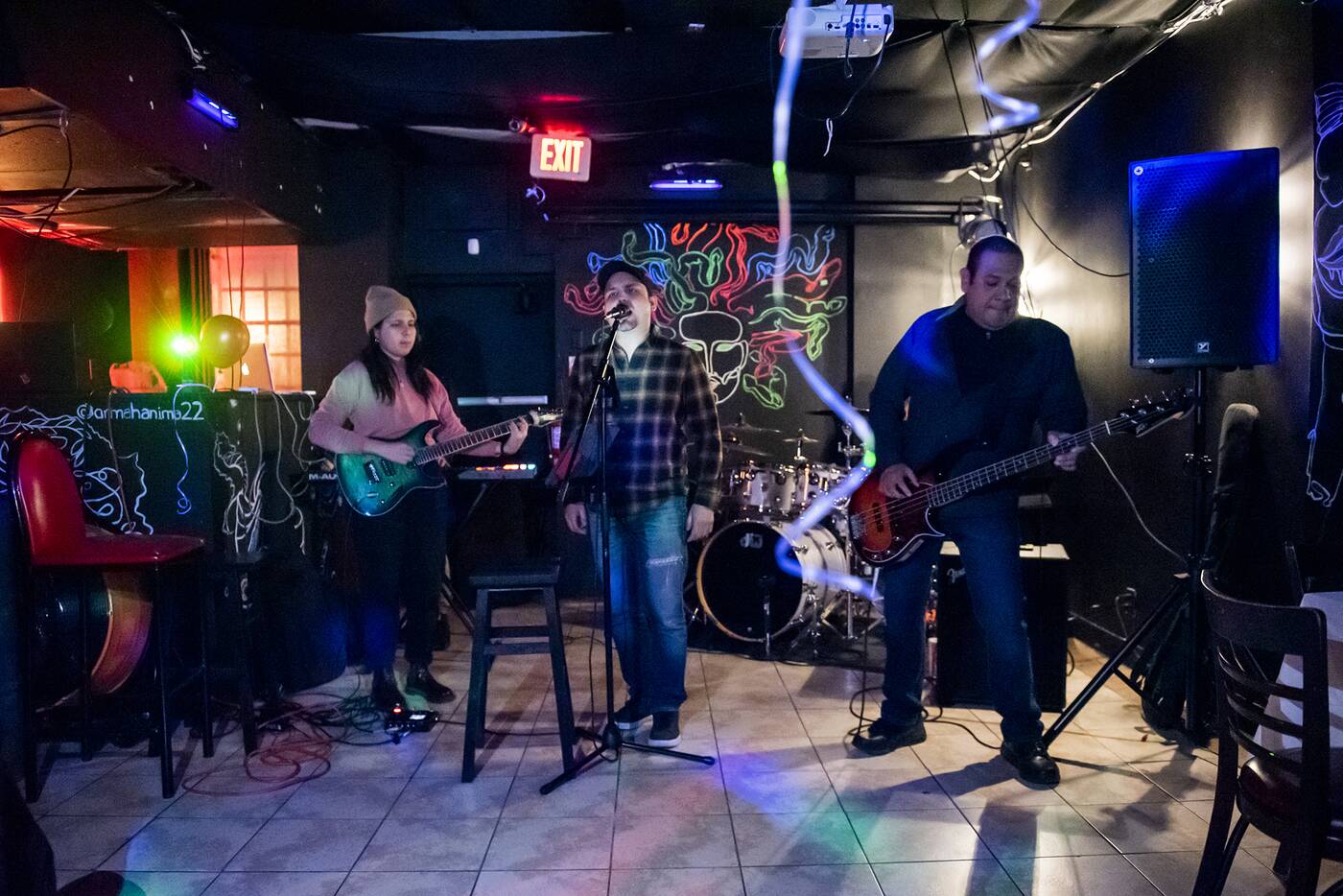 With a capacity of 185, this is a prime space to rent out for casual events. 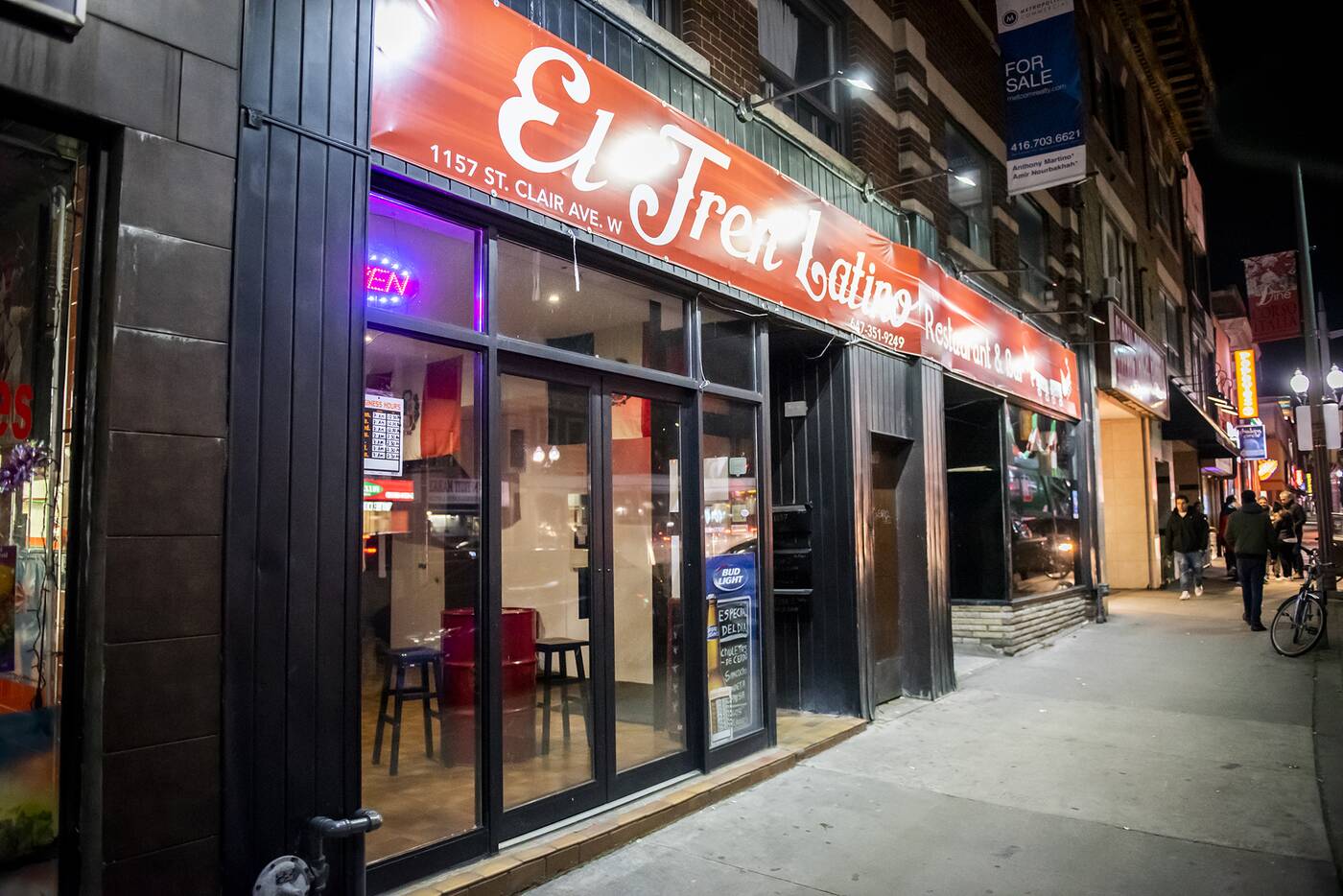